Some anti-vaxxers say the coronavirus pandemic has changed their minds on vaccines, but others say it's reinforced their beliefs 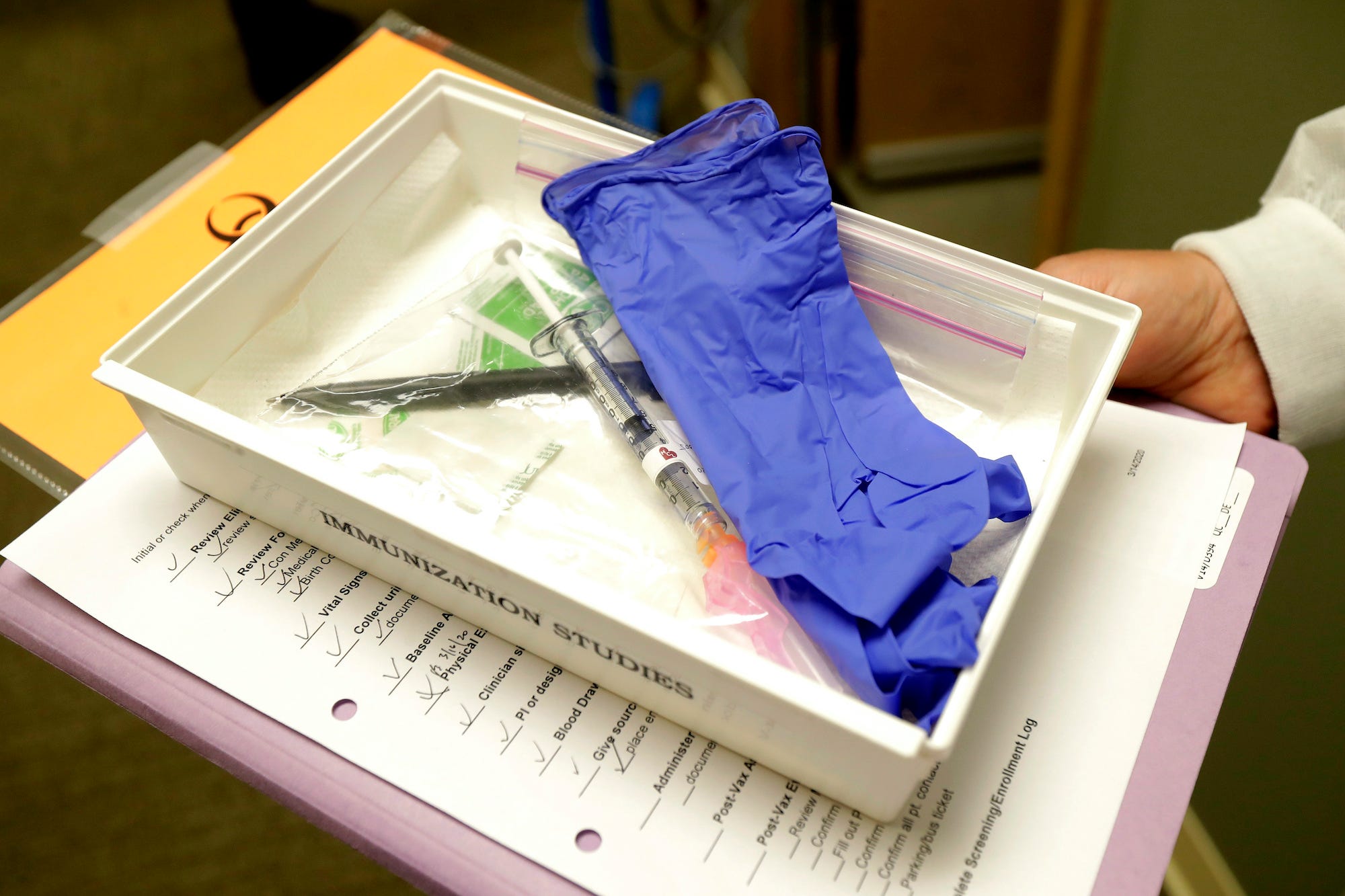 AP Photo/Ted S. WarrenPharmacist Michael Witte holds a tray with a syringe containing a shot that will be used in the first-stage safety study clinical trial of a potential vaccine for COVID-19.

When Haley Searcy gave birth to her daughter last year, she was “fully anti-vax,” the 29-year-old in Florida told CNN.

She worried vaccines could raise the risk for sudden infant death syndrome and other illnesses. “I was just as scared of vaccines as I was of the diseases they protect against,” she said.

But now, after witnessing COVID-19 ravage the US and doing more of her own research, she sees the value in vaccines. Her mum has lung disease, so the need for a defence against this particular illness hits close to home.

“I wasn’t actively looking for vaccine information but the more I learned, the more I realised it would help and the easier it became to recognise the lack of science in anti-vax arguments,” she told CNN.

Searcy is one of a handful of people who, until now, were opposed to vaccinations who talked to CNN about reconsidering their stance in light of COVID-19. But other see the pandemic as fuel for their stance against vaccines. Experts say that until an effective vaccine is developed and widely distributed, which will likely be in 2021, the coronavirus will continue to upend life as we knew it.

Some anti-vaxxers have said they would get a COVID-19 vaccine, but many say the pandemic has not changed their minds

Lynette Marie Barron told CNN she wasn’t expecting half of her anti-vax community to reconsider their position in light of the coronavirus. Some told her they we “so scared” of COVID-19 that they would get a vaccine if it was available.

Tennis player Novak Djokovic is among those who said Sunday he is “opposed to vaccination” but may have to rethink his stance if refusing a vaccine means being unable to travel for his job.

“I have my own thoughts about the matter and whether those thoughts will change at some point, I don’t know,” Djokovic said in a Facebook live chat.

But other anti-vaxxers are doubling down on their beliefs that vaccines don’t work, cause illnesses, are part of a larger government scheme to take away rights, and that people should at least have a choice as to whether or not to get one. In terms of COVID-19, some say, the virus’s impact is overhyped and a vaccine won’t be effective.

On one private “alternative and holistic health service” Facebook group with over 10,000 followers, members are calling CNN’s story that anti-vaxxers are changing their minds “fake news.”

“I doubt it. The other way around more likely,” one member wrote. “Not me!” a few others said. “Perhaps I should change my mind,” another said sarcastically. “Not. No GP is going to get a bonus in their salary from me!” 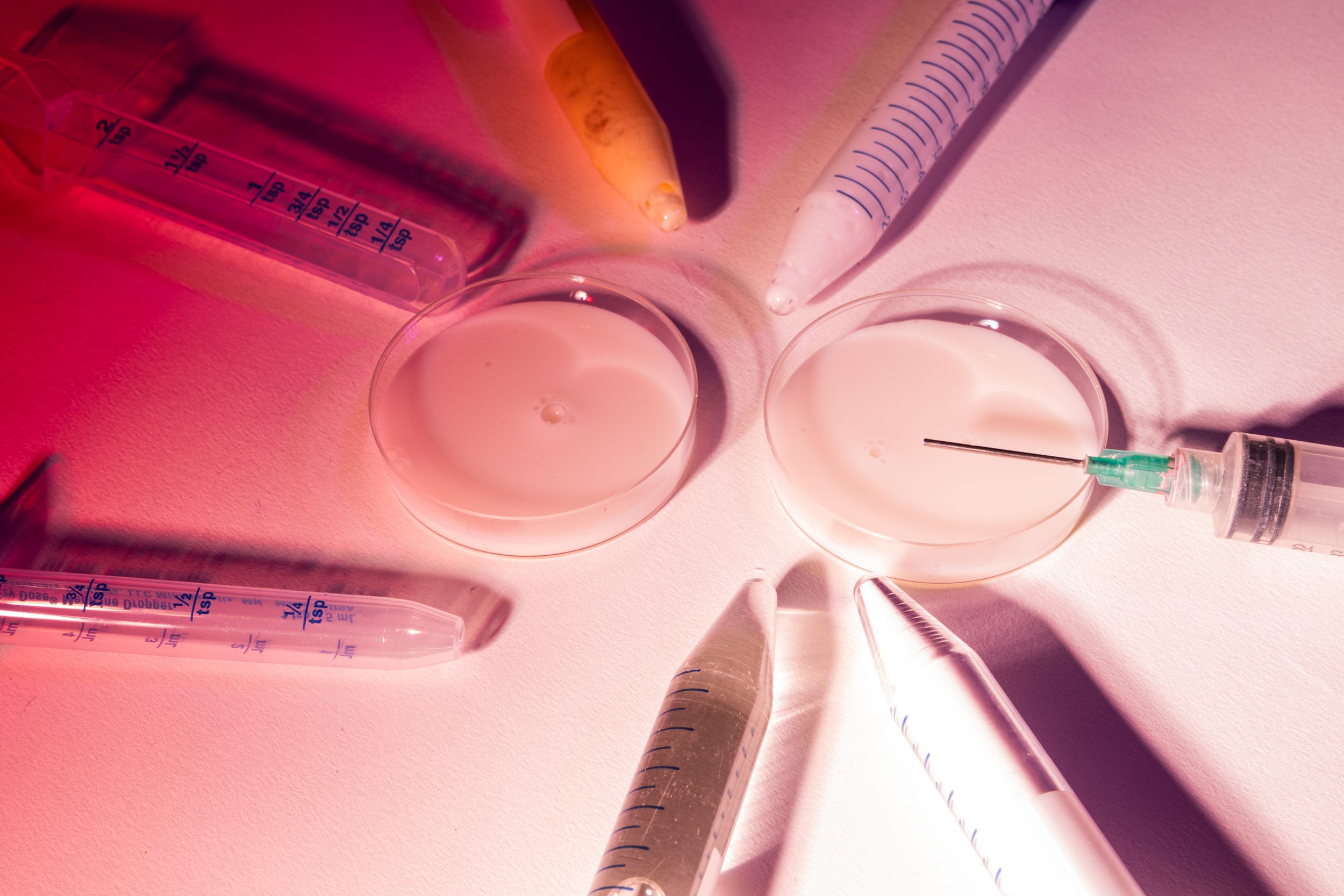 Experts say a vaccine, though still far away, is the only thing that will lead to herd immunity

There are currently more than 70 potential vaccines against COVID-19 in the works, but it likely won’t be until 2021 until at least one is proven safe and effective, and manufactured and distributed, according to experts like infectious disease specialist Anthony Fauci and Melinda Gates, whose nonprofit is funding some of the efforts.

Developing one is the only “way to provide herd immunity to this virus,” Paul Offit, a US paediatrician specializing in infectious diseases, told CNN.

And that, in turn, is the only way to allow American life to truly phase into a new normal, Global Editor-in-Chief of Insider,Nicholas Carlson, wrote.

“A widely distributed vaccine,” he said, “is the only way vulnerable people – the elderly and those with common comorbidities such as diabetes, asthma, obesity, and heart problems – will be able to fully trust in their encounters with others.”


If you oppose vaccines and want to share how the coronavirus pandemic has affected your views, if at all, email [email protected]