According to Google Earth, the satellite image below was taken in July, 2010.

Although it’s not recent, it is worth a look as it shows a quite interesting and somehow rare bird: an Iranian Antonov An-74T-200 on the apron of the airport of Sirri, Iran’s small island in the midst of the Persian Gulf, east of Hormuz.

The aircraft is one of the 11 such cargo aircraft (including seven white coloured An-74TK-200s) believed to be operated by the Islamic Revolution Guards Corps and used to carry equipments and revolutionary guards across the country.

The type of aircraft can be determined by the characteristic unusual design feature in which the high engines exhaust are placed over the wing’s upper surface to boost lift by means of the Coandă effect. 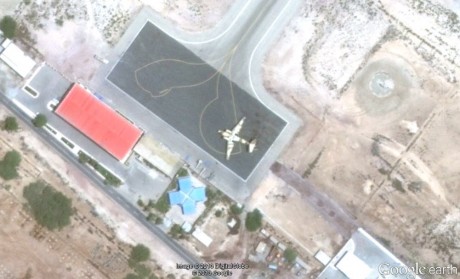 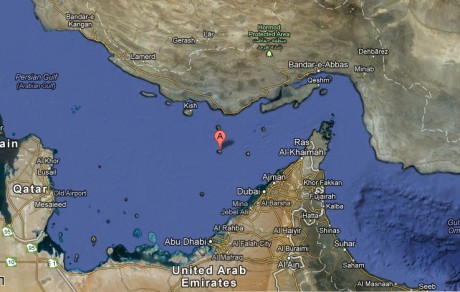 H/T to Chance Templeton for the heads up