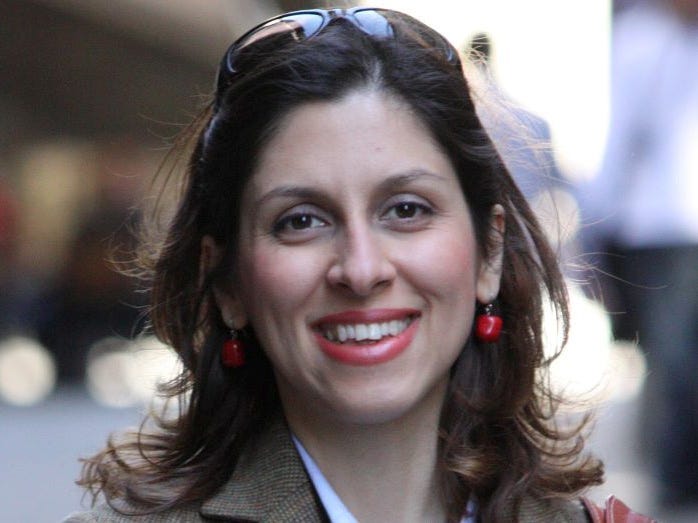 ReutersIranian-British aid worker Nazanin Zaghari-Ratcliffe is seen in an undated photograph handed out by her family.

Nazanin Zaghari-Ratcliffe, a British-Iranian dual-citizen who has been detained in Iran since 2016, has been freed, according to her lawyer.

She has been released from house arrest and had her ankle tag removed after completing a five-year sentence, Reuters reported.

“She was pardoned by Iran’s supreme leader last year but spent the last year of her term under house arrest with electronic shackles tied to her feet. Now they’re cast off,” her attorney, Hojjat Kerjmani, told an Iranian website. “She has been freed.”

However, the former charity worker has been summoned to court to face another set of charges on March 14, The Guardian said.

It is unclear when she will return to her family in London, The New York Times reported.

Zaghari-Ratcliffe was arrested in September 2016 when traveling to Iran to visit her parents. She was sentenced to five years in jail on espionage charges that both she and the British government deny.

During her time in jail, Zaghari-Ratcliffe ‘s husband has said that she suffered mentally and physically. In 2019, she was refused permission to see a doctor to have suspicious lumps on her breasts examined.

She also experienced panic attacks, her husband told i News.

Zaghari-Ratcliffe’s release follows a five-year campaign for her safe return by her husband, Richard Ratcliffe. A petition with over 3.5 million signatures called for Prime Minister Boris Johnson to take the necessary actions to free her.

Dominic Raab, the UK’s foreign secretary, has welcomed her release but has urged Iran to allow her to return to her husband and 6-year-old daughter.

“We welcome the removal of Nazanin Zaghari-Ratcliffe’s ankle tag, but Iran’s continued treatment of her is intolerable,” Raab wrote on Twitter. “She must be allowed to return to the UK as soon as possible to be reunited with her family.”