Iran has executed a man it claims was spying for both the US and Israel, and who spied on revered Revolutionary Guards commander Qassem Soleimani before his assassination in a US drone strike.

Gholamhossein Esmaili, a spokeswoman for Iran’s judiciary, told a news conference earlier this month that he had spied “on various security fields, especially the armed forces and the Quds Force and the whereabouts and movements of martyr General Qasem Soleimani,” The Times of Israel reported.

“Mahmoud Mousavi-Majd, one of the spies for the CIA and the Mossad, has been sentenced to death,” she said.

And in June, the judiciary said that he was “linked to the CIA and the Mossad” and shared information about the country’s Revolutionary Guard, The Associated Press reported.

But it said that the case against Majd was not about Soleimani’s death.

The Times of Israel noted that the judiciary said that Majd was arrested in 2018 – long before Soleimani was killed.

But, as Insider previously reported, Esmaili told reporters that officials had identified Majd as a culprit in Soleimani’s death, even if it was not connected to the case against him. 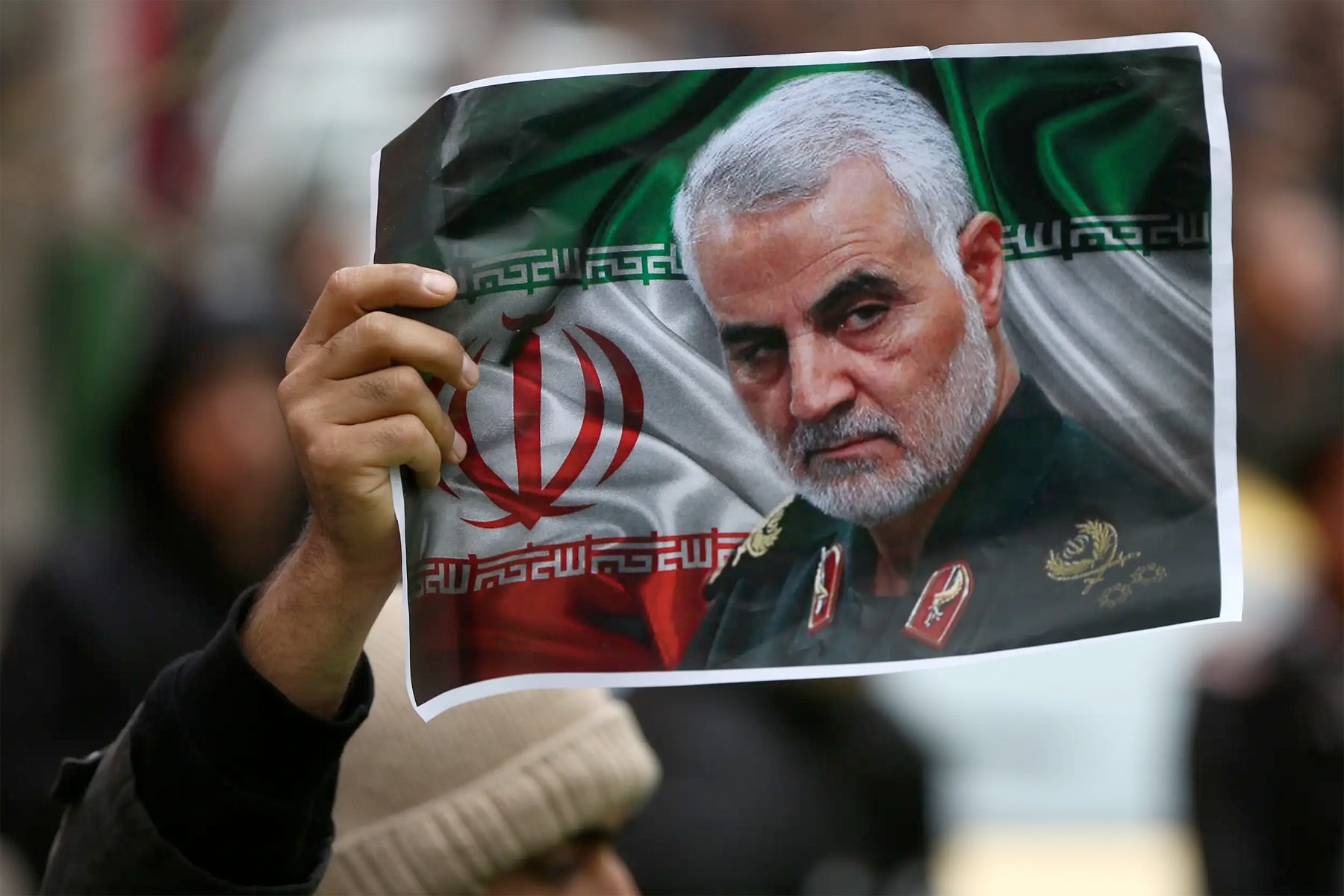 ReutersAn Iranian holds a photograph of Soleimani in Tehran after his assassination.

Soleimani, who led Iran’s Revolutionary Guard, was killed by a US drone strike in Baghdad, Iraq, on January 3, 2020.

He was revered by many in Iran, and his killing pushed the US and Iran close to war.

US President Donald Trump justified the killing by saying that Soleimani was an “imminent threat.” But US intelligence leaks in the following days suggested the threats were exaggerated, or even non-existent.

US allies like the UK and Germany were critical of the US’s strike at the time.

Earlier in July, the UN’s top human rights investigator said the US broke international law by assassinating him.

Iran also issued an arrest warrant for Trump in late June over the killing.

A security official told Insider earlier this month that information the US made public could have made it easier for Iran to identify informants.

Referring to US news reports that cited inside information about how the strikes against Soleimani were carried out, he said: “If this is the Americans’ guy, they really f—ed him with releasing all the details on how they tracked Soleimani – how they always knew when he was on a plane, that a source had confirmed he was definitely on the flight and had disembarked.”