Iran and China are using the protests that have swept the US after George Floyd’s death to undermine the US’s criticism of their own authoritarianism.

The death of Floyd, a black man who died after a Minneapolis police officer knelt on his neck for several minutes. has sparked anti-police brutality protests in as many as 140 cities. It has also sparked solidarity protests in countries around the world.

President Donald Trump has largely failed to calm the protesters, telling governors instead that they are “weak” and urged them to “dominate” the demonstrations. On Monday, police in Washington, DC, used tear gas on peaceful protesters in a park near the White House so Trump could go to a nearby church to take photos. 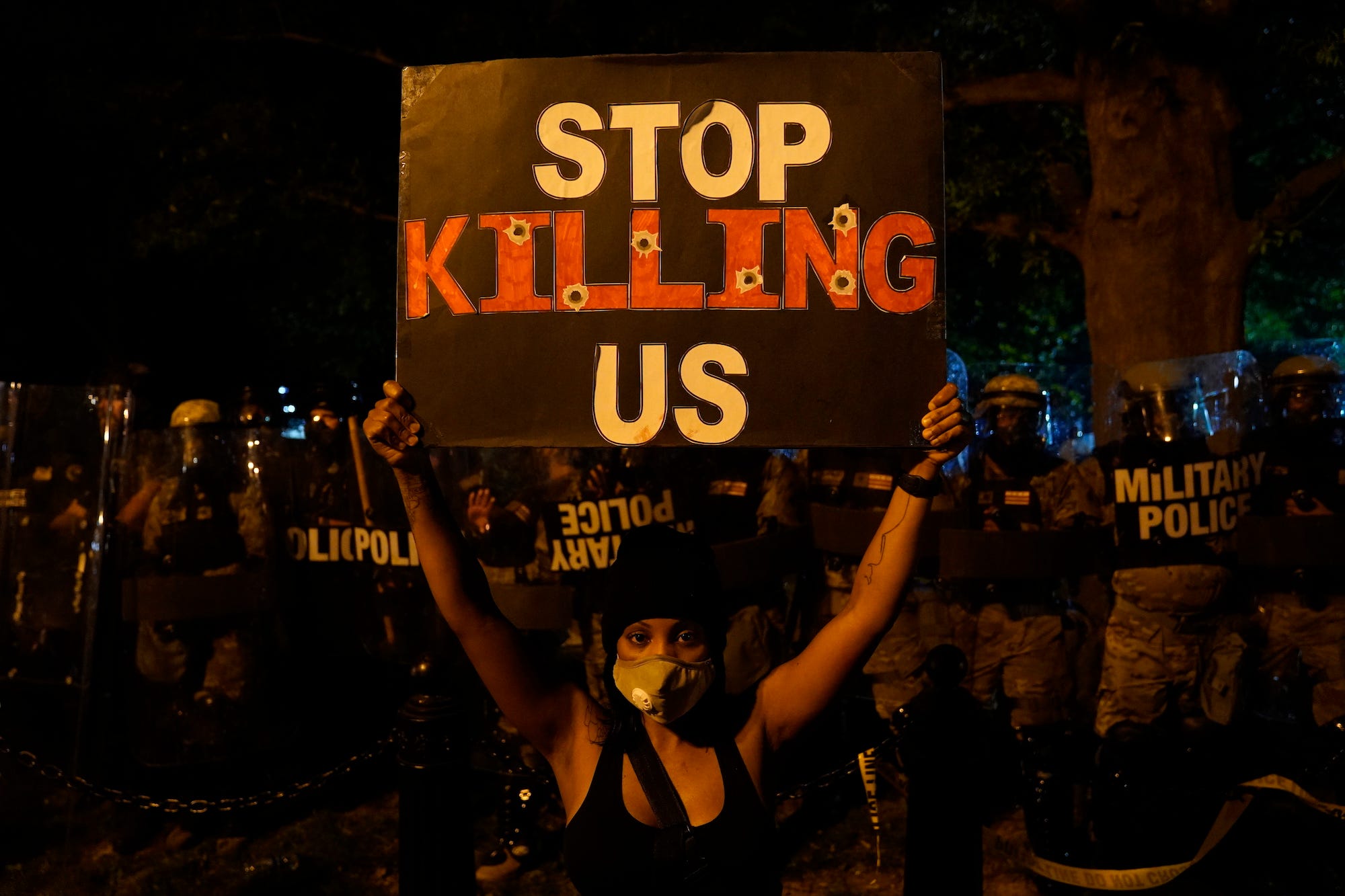 Associated Press/Evan VucciA demonstrator holds a sign during a protest over the death of George Floyd on May 30, 2020, near the White House.

US adversaries have seized on the movements as a chance to bash America and undermine its criticisms of their actions and US support for their protesters.

They frame the protests in light of the US’s actions against them, or as reasons that the US should not be able to criticise their actions.

Iran is hitting back

To those of us who do: it is long overdue for the entire world to wage war against racism.

The statement was made in light of protests in Iran that condemned the country’s leadership and the country’s economic hardship. Iran blocked internet access in response, restricted media coverage of the protests, and arrested thousands of people.

Similar protests have continued since. 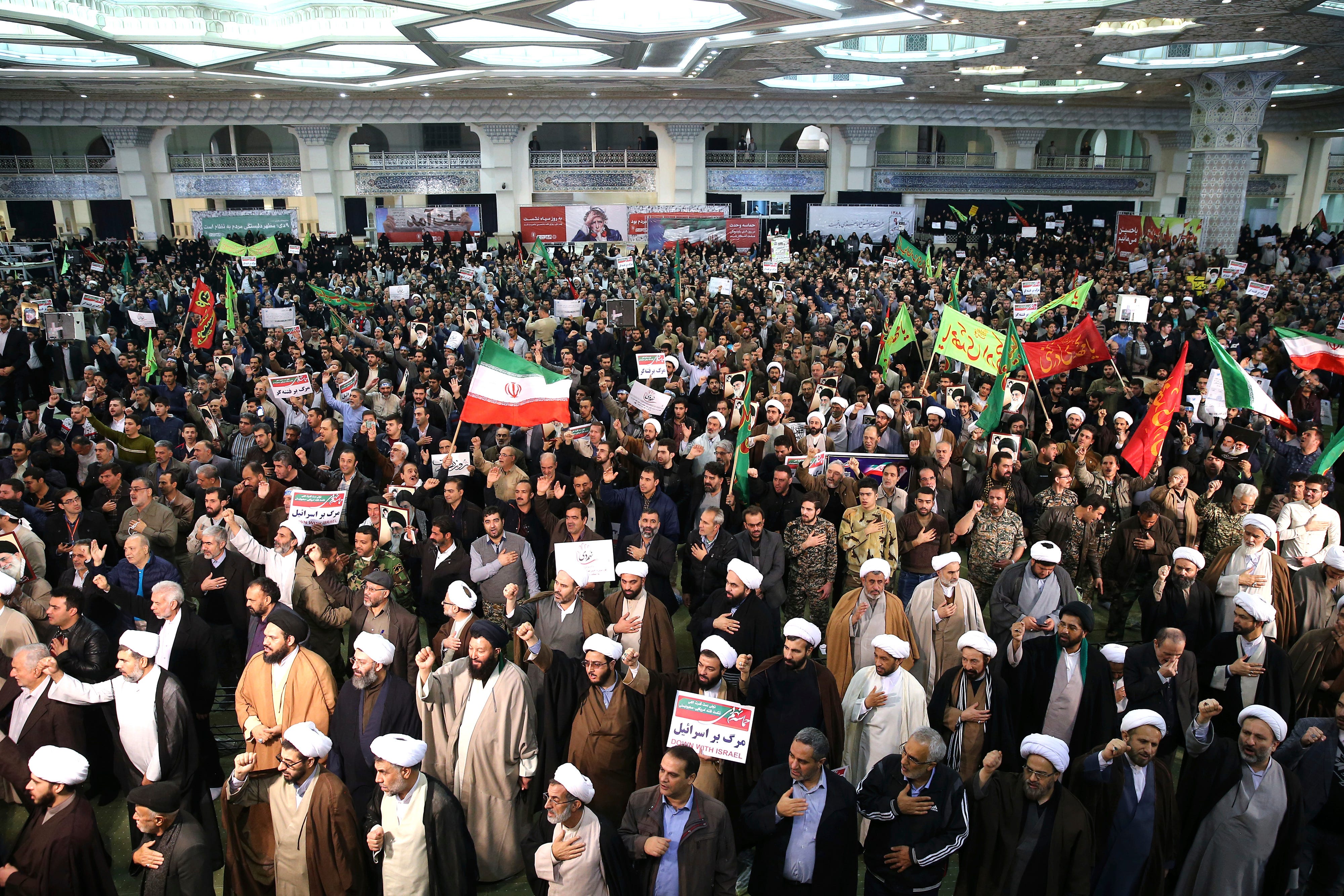 APIranian protesters at a rally in Tehran in December 2017.

But the altered version of the statement replaced all references to Iran with references to America, meaning it said things like: “It should surprise no one that protests continue in America. American people are demanding their leaders share their country’s wealth and respond to their legitimate needs.”

“To those of us who do: it is long overdue for the entire world to wage war against racism. Time for a #WorldAgainstRacism.”

Pompeo responded in a tweet: “You hang homosexuals, stone women and exterminate Jews.”

And on Monday, he compared the knee-on-the-neck technique that police used on Floyd to the “maximum pressure” strategy the US has employed in Iran, which puts strict sanctions on the country.

The “knee-on-neck” technique is nothing new: Same cabal—who've admitted to habitually “lie, cheat, steal"—have been employing it on 80M Iranians for 2 yrs, calling it “maximum pressure”.

It hasn't brought us to our knees. Nor will it abase African-Americans.#WorldAgainstRacism pic.twitter.com/SiKEHmXkdj

Abbas Mousavi, the spokesperson for Iran’s foreign ministry, also criticised the US on Monday, noting the world was watching its actions.

“To the American people, the world has … heard your outcry over this state oppression,” he said, according to Time.

“The American regime is pursuing violence and bullying at home and abroad,” he added.

China’s state media is comparing the protests in the US to the pro-democracy protests that gripped Hong Kong last year, and reignited in recent weeks as China passed a new bill that effectively ended the region’s political autonomy. 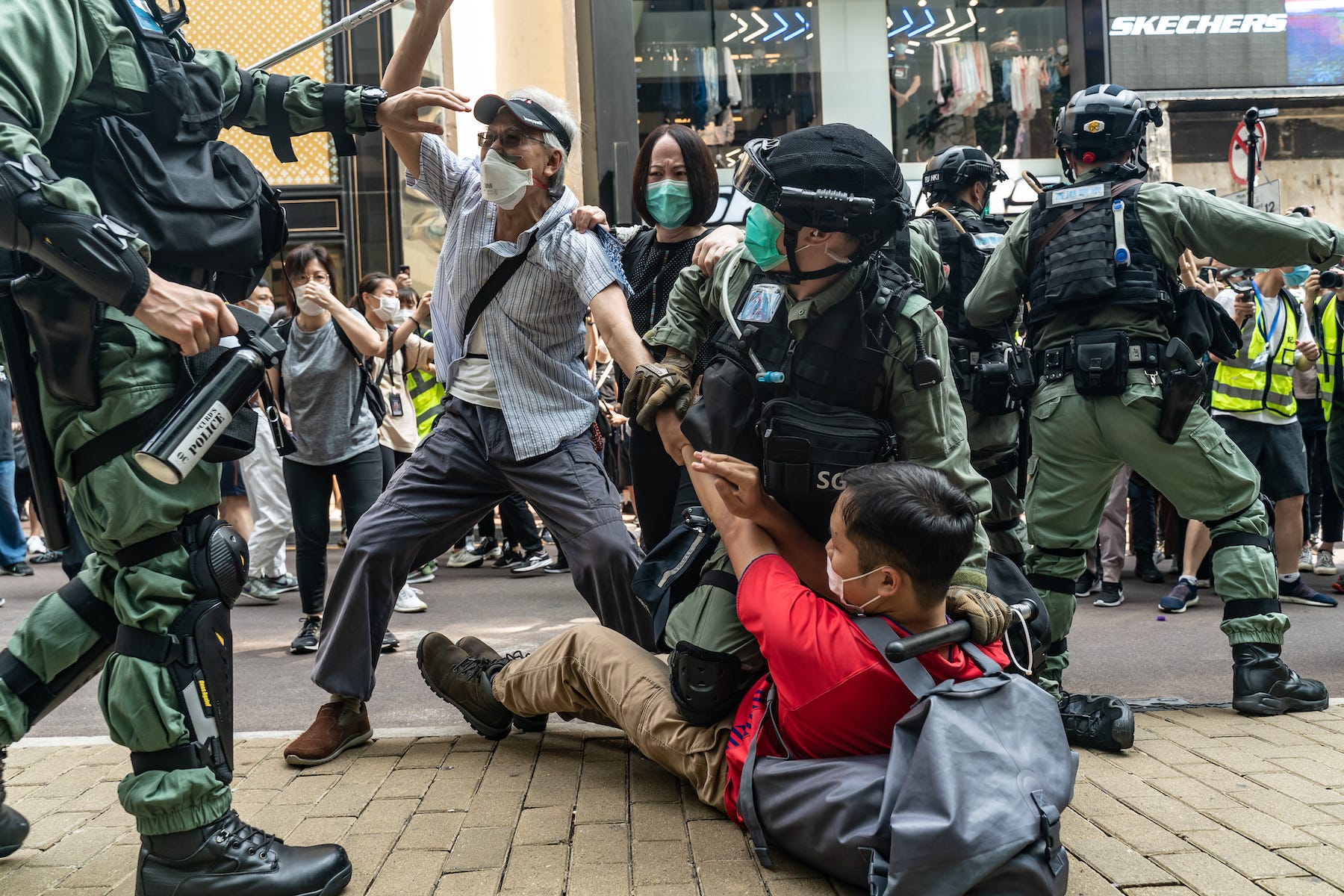 Anthony Kwan/Getty ImagesRiot police scuffle with the public in Hong Kong’s Causeway Bay district on May 27, 2020.

Doing so has allowed China to dismiss US support for the Hong Kong protesters, and accuse America of hypocrisy.

China has also tried to position itself as an ally to minority ethnic groups and as being against discrimination, though the US has repeatedly criticised it for its treatment of its Uighur Muslim minority. China is accused of detaining around one million people from this group in internment camps.

Zhao Lijian, another Chinese foreign ministry spokesman, said on Monday that “the death of George Floyd reflects the severity of racial discrimination and police brutality in the US,” The Guardian reported.

Zhao also said on Monday that the protests “once again reflect the racial discrimination in the US, the serious problems of police violent enforcement and the urgency of solving these problems.”

Hu Xijin, the editor of state-run Chinese tabloid Global Times, accused the US of hypocrisy for how it is dealing with the protesters, even though it had encouraged China to listen to the demands of demonstrators in Hong Kong. 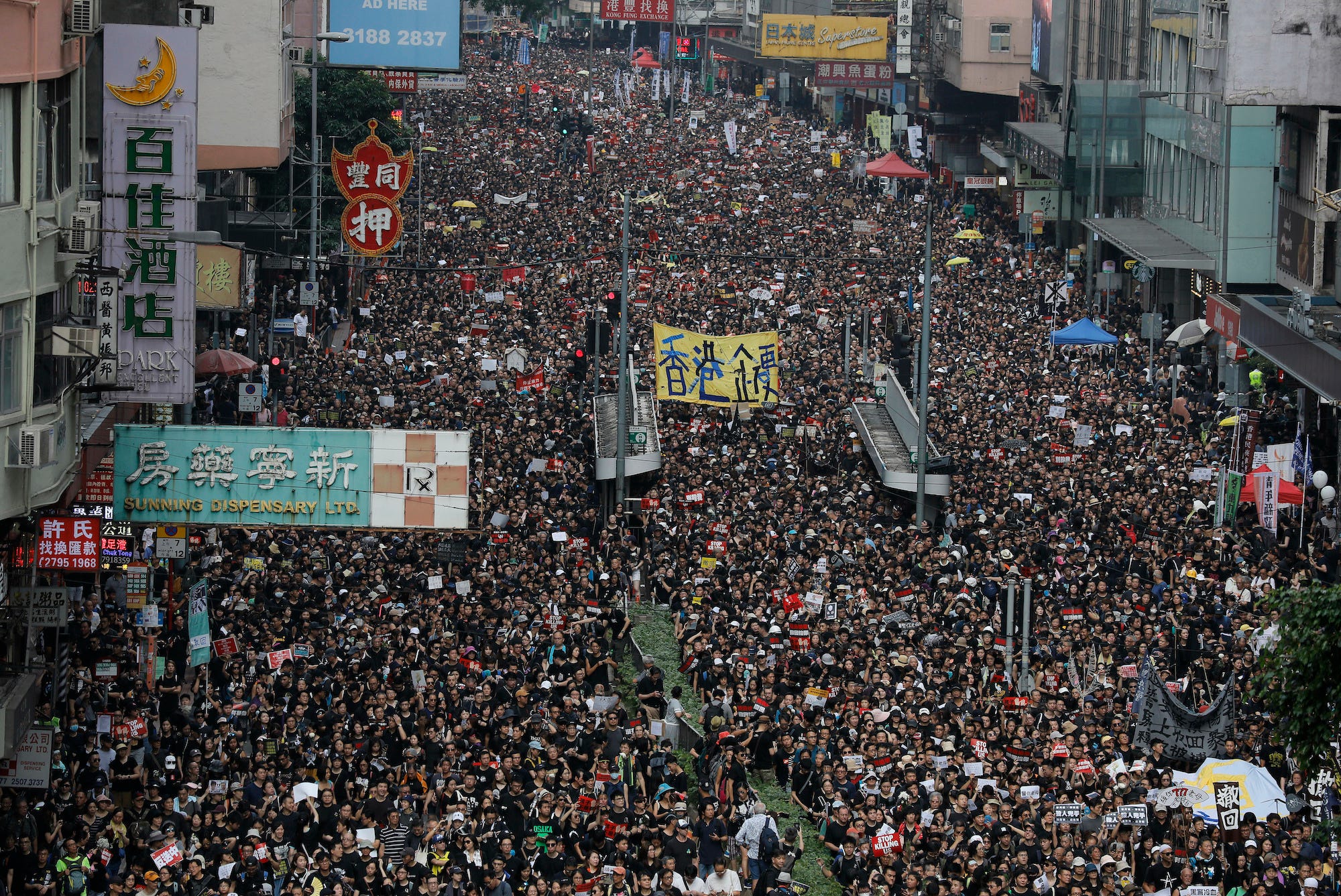 Vincent Yu/APTens of thousands of protesters march through Hong Kong in June 2019.

“US House Speaker Nancy Pelosi once called the violent protests in Hong Kong ‘a beautiful sight to behold,'” Hu said, according to The Guardian. “US politicians now can enjoy this sight from their own windows.”

Hu also tweeted without evidence that he thinks the people looting in the US are actually Hong Kong “rioters.”

“Vicious HK rioters obviously are mastermind of violent protests across the US.”

I highly suspect that Hong Kong rioters have infiltrated American states. Attacking police stations, smashing shops,blocking roads, breaking public facilities, these are all routine in their protests. Vicious HK rioters obviously are mastermind of violent protests across the US????

“Go to talk to the demonstrators seriously,” he said. “Negotiate with them, just like you urged Beijing to talk to Hong Kong rioters.”

On Tuesday, he also reacted to Trump’s declaration that he was deploying soldiers to meet protesters saying: “Then why did you arrogantly accuse other countries’ of quelling riots? Why do you brazenly promote yourself as a beacon of democracy and human rights?”

President Trump declared that he will deploy thousands and thousands of soldiers to quell the chaos. Then why did you arrogantly accuse other countries’ of quelling riots? Why do you brazenly promote yourself as a beacon of democracy and human rights? pic.twitter.com/M0wp1k07Zs