'Bring us American heads': Iran flaunted bounties on US troops in propaganda leaflets 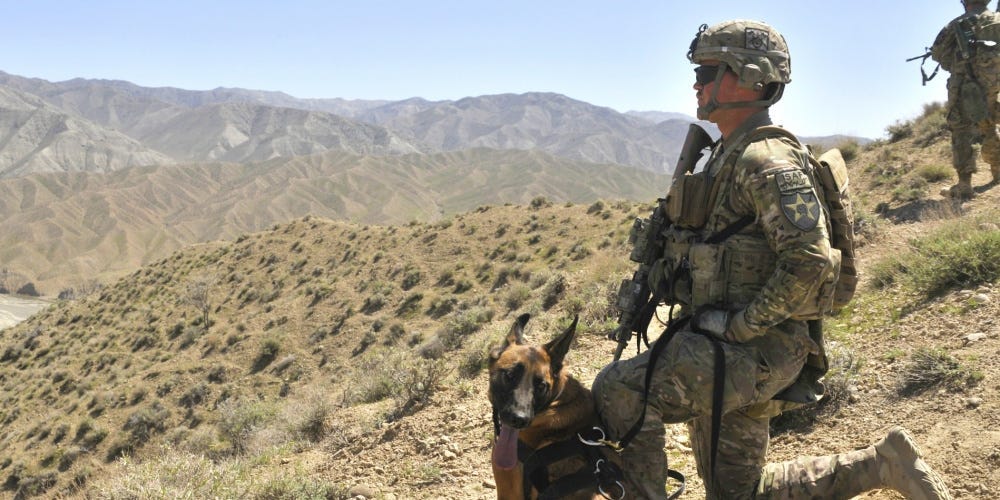 The US’s military and intelligence agencies knew about Iranian bounties on American lives for years, as Iranian-linked forces flaunted them through leaflets scattered throughout Afghanistan, a military source with direct knowledge of the matter told Insider.

Propaganda leaflets, similar to the ones the US distributed throughout Syria and Iraq, were distributed to Afghans by Iranian-linked forces who were “ramping up efforts and started to escalate into violence” amid President Barack Obama’s troop withdrawal in 2016, the former senior US official told Insider.

Iran has long relied on proxy forces to wage war against enemies like the US, exacting a heavy toll on US troops in Iraq. Iran has been suspected of having ties to the Taliban-affiliated guerilla group the Haqqani network.

The leaflets that were posted in the country said that American and coalition forces’ heads were wanted in exchange for cash bounties, and Iran was “claiming responsibility,” the former official said.

“They weren’t hiding it: ‘If you bring us American heads, we will pay you,'” said the former official, who spoke on the condition of anonymity to cite sensitive intelligence reports and their ongoing work in the region. 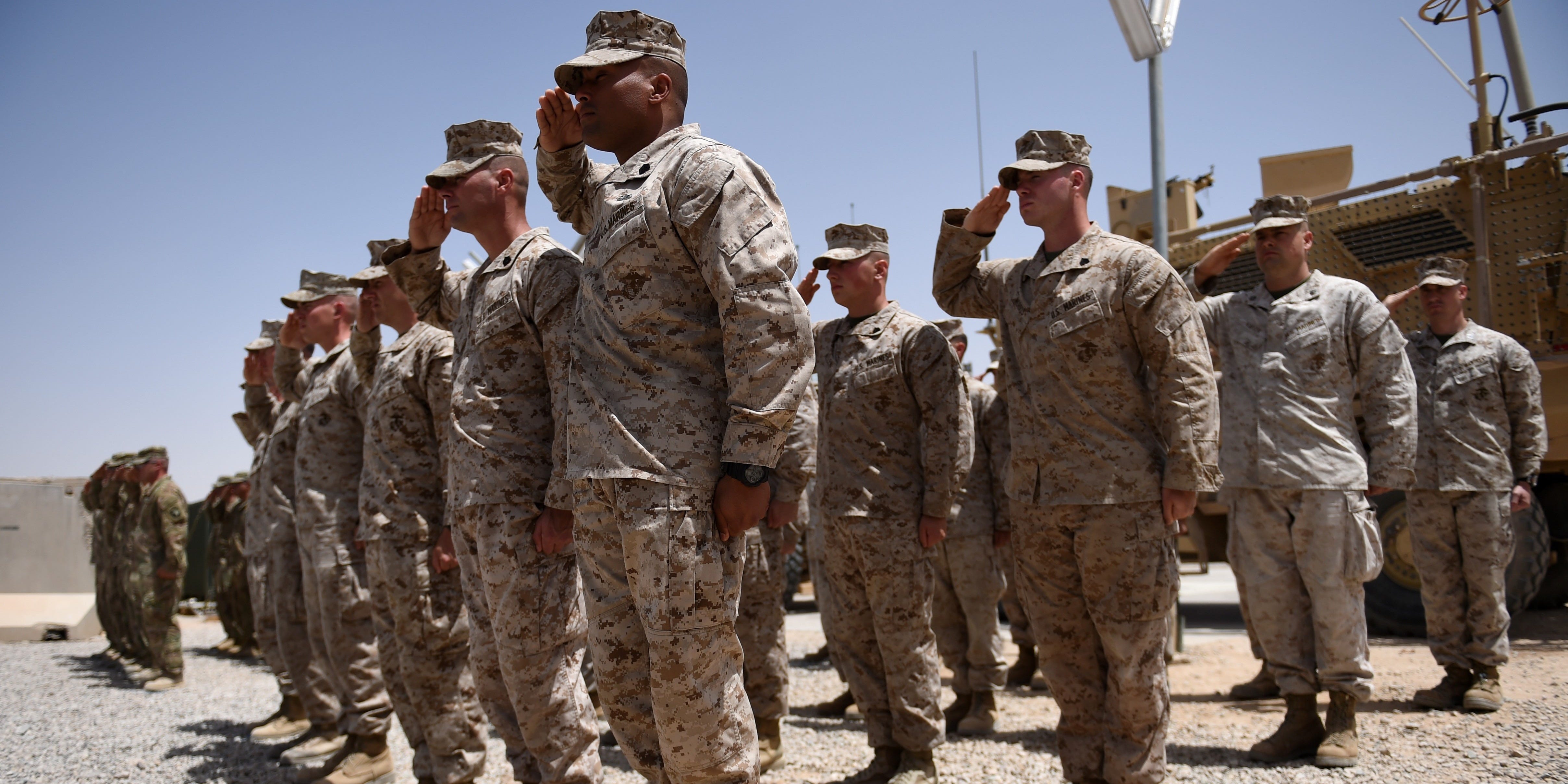 Wakil Kohsar/AFP/Getty ImagesUS Marines salute during a handover ceremony at Leatherneck Camp in Lashkar Gah in the Afghan province of Helmand on April 29, 2017.

The leaflets were relayed to numerous officials and agencies, who assured the official that they “got this under control” and that “it’s a known issue,” the source said.

“I couldn’t believe that it was happening out in the open and notoriously. And the Afghans that were bringing it to me because they knew … and they wanted to make sure the US government was tracking on this,” the source said. “All I could tell them was that they were aware and hopefully it gets resolved.”

But the US’s response to the intelligence was tepid, and several agencies “didn’t seem to have too much concern about it,” the former official said.

‘Troops are being put at risk’

Years went by without any apparent action, and the leaflets proliferated in Afghanistan.

“They have been sitting on this for years,” the source said. “That’s what’s flabbergasting to me, that this is all of a sudden some big problem when it’s been behind the firewall for years at this point. Somebody needs to be held accountable for that.

“I just want bulls— called out,” the source added. “Troops are being put at risk. If we’re going to play politics, then I want all asses accountable on this one. If they put people on the battlefield knowing what they know and they didn’t do something about it, that bothers me.”

In a statement, the Defence Department said it “does not disclose timelines or discussions surrounding internal deliberations and intelligence briefings.”

“With that being said, the department has repeatedly demanded, both publicly and privately, that Iran cease its scourge of malign and destabilizing behaviour throughout the Middle East and the world,” a Pentagon spokesman, Rob Lodewick, said in the statement. “While the United States, its NATO allies and coalition partners are working to facilitate an end to 19 years of bloodshed, Iran’s inimical influence seeks to undermine the Afghan peace process and foster a continuation of violence and instability.”

Reports of Iranian bounties on US and coalition forces date back to 2010 and indicated that Tehran was paying the Taliban $US1,000 for each US service member killed.

CNN reported on Monday that Iranian payments to the Taliban were linked to at least six attacks in 2019. The Haqqani network was the recipient of payments from a foreign entity identified as Iran, CNN reported, citing sources and intelligence reports it obtained.

Sources also told CNN that the US did not act on the intelligence at the time because of the peace talks with the Taliban. In late February, the US and Taliban factions signed an intra-Afghan peace deal that included steps for the US to withdraw all US forces from the country in exchange for security assurances.

Since the peace agreement, however, violence has been sporadic. AWashington Post report last week said Afghan government data indicated that roughly 3,400 civilians casualties had been counted, similar to the casualty numbers before the peace deal.

President Donald Trump has said he plans to halve the number of US forces in the country – to as low as 4,000 – before the presidential election in November.

The renewed scrutiny of Iran’s role in the bounties follows news reports of a separate campaign launched by Russia. The New York Times reported last month that a Russian military agency offered Taliban fighters bounties on coalition troops in Afghanistan that sometimes reached as high as $US100,000.Insider reported that Taliban commanders confirmed that they were offered money and other support to attack US troops.

The US State Department has since said it warned the Kremlin against the bounty campaign. Meanwhile, Trump has characterised it as a “Russian hoax.”