Why individual investors shouldn't take their cues from billionaire investors, according to one top financial adviser

Billionaire investors have been making the rounds on CNBC and other media outlets in recent weeks, sharing their views on the stock market and economy.

But one top financial adviser says everyday investors shouldn’t act on what they say.

This week alone, three billionaire investors sounded the alarm on high valuations in the stock market, including Stanley Druckenmiller,Chamath Palihapitiya, and David Tepper.

As tempting as it may be for individual investors to act on these comments and make changes to their portfolios, Josh Brown, CEO of Ritholtz Wealth Management, said in a CNBC interview on Wednesday that they shouldn’t.

“I don’t think that individual investors or the vast majority of professional investors … should be reacting at all to what they have to say,” Brown said.


A real-estate investor who generates $US342,000 of annual cash flow shares his unique spin on a popular investment strategy that’s helped land him 114 units

First, according to Brown, these investors usually trade off of their gut and aren’t using repeatable systematic strategies.

Their guess as to what will happen in the stock market tomorrow is as good as anyone else’s.

“On January 17, [Joe] Kernen got an email from both of them [Tepper and Druckenmiller] – they were bullish as all get out. They loved being in stocks, intermediate-term bullish, short-term bullish. They couldn’t see what was coming, no one else could either, and they changed their minds,” Brown cited as an example.

Second, these investors can turnaround and change their minds on a dime, and when they do, they’re not going to reach out and update you about their change of heart (and portfolio allocation).

“This is the key, Sarah: The biggest trade in Druckenmiller’s career was pulling two 180s in the space of four days. Being out of the Nasdaq during the biggest tech boom ever, then being all in, and then two days later not only being out, but being short. He’s not going to call you,” Brown said.

Another billionaire investor who keeps his cards close to his chest when it comes to investing is Warren Buffett.

Fast forward six weeks later, and Buffett revealed at Berkshire’s annual meeting that they sold all of their airline stocks. 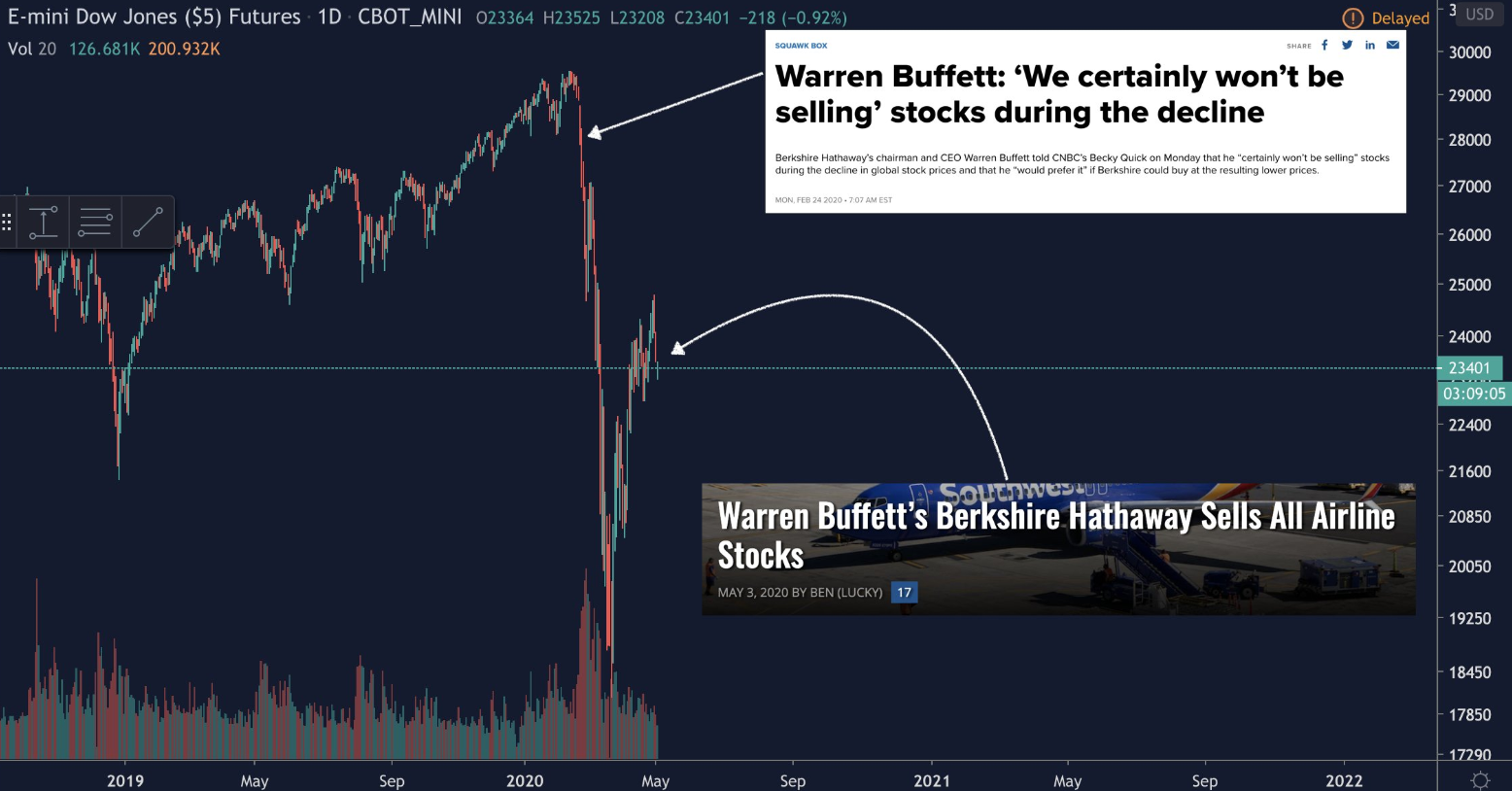 “Do not change your asset allocation based on Druck[enmiller] because Druck[enmiller] ain’t gonna call you when he has a different opinion a few days later,” Brown concluded.