COLUMBUS, Ohio (AP) — A white Cleveland police officer was justified in fatally shooting a black 12-year-old boy holding a pellet gun moments after pulling up beside him, according to two outside reviews conducted at the request of the prosecutor investigating the death.

A retired FBI agent and a Denver prosecutor both found the rookie patrolman who shot Tamir Rice exercised a reasonable use of force because he had reason to perceive the boy — described in a 911 call as man waving and pointing a gun — as a serious threat.

The reports were released Saturday night by the Cuyahoga County Prosecutor’s Office, which asked for the outside reviews as it presents evidence to a grand jury that will ultimately determine whether Timothy Loehmann will be charged in the death of Tamir last November.

“We are not reaching any conclusions from these reports,” Prosecutor Timothy J. McGinty said in a statement. “The gathering of evidence continues, and the grand jury will evaluate it all.”

He said the reports, which included a technical reconstruction by the Ohio State Highway Patrol, were released in the interests of being “as public and transparent as possible.”

Subodh Chandra, a lawyer for the family of Tamir Rice, said Saturday he couldn’t immediately comment on the reports because he needed to review them, adding “it’s rather sad the prosecutor’s office gave the material to the media rather than the victim’s family.”

Both experts were provided with surveillance video of the shooting that showed Loehmann firing at Tamir within two seconds after the police cruiser driven by his partner pulled up next to the boy. Police say that the officers were responding to a call about a man with a gun, but were not told the caller said the gun could be a fake and the man an adolescent.

The report prepared by retired FBI agent Kimberly A. Crawford concluded that Loehmann’s use of force did not violate Tamir’s constitutional rights, saying the only facts relevant to such a determination are those the patrolman had at the time he fired his weapon.

Loehmann, she wrote, “had no information to suggest the weapon was anything but a real handgun, and the speed with which the confrontation progressed would not give the officer time to focus on the weapon.”

“It is my conclusion that Officer Loehmann’s use of deadly force falls within the realm of reasonableness under the dictates of the Fourth Amendment,” Crawford wrote, though she noted she was not issuing an opinion as to whether Loehmann violated Ohio law or department policy.

Lamar Sims, the chief deputy district attorney in Denver, also concluded that Loehmann’s actions were reasonable based on statements from witnesses and a reconstruction of what happened that day.

Sims said the officers had no idea if the pellet gun was a real gun when they arrived, and that Loehmann was in a position of great peril because he was within feet of Tamir as the boy approached the police car and reached toward his waistband.

“The officers did not create the violent situation,” Sims wrote in his review. “They were responding to a situation fraught with the potential for violence to citizens.”

Another officer who recovered the pellet gun after Tamir was shot told investigators he first thought the gun was a semi-automatic pistol and was surprised when he realised it wasn’t real, Sims noted.

The pellet gun Tamir was holding shoots non-lethal plastic projectiles but its orange markings had been removed.

The killing of Tamir has become part of a national outcry about minorities, especially black boys and men, dying during encounters with police. His death was not the first to roil Cleveland, either: Earlier this year, a white officer prosecuted by McGinty was acquitted in the 2012 deaths of two unarmed black motorists killed in a 137-shot barrage of police gunfire after a high-speed pursuit.

Cleveland and the U.S. Department of Justice are moving forward on a reform-minded consent decree after a DOJ investigation found Cleveland police had engaged in a practice of using excessive force and violating people’s rights. That agreement was in the works before Tamir was killed. 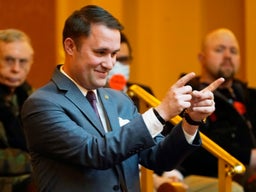 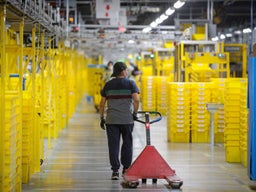