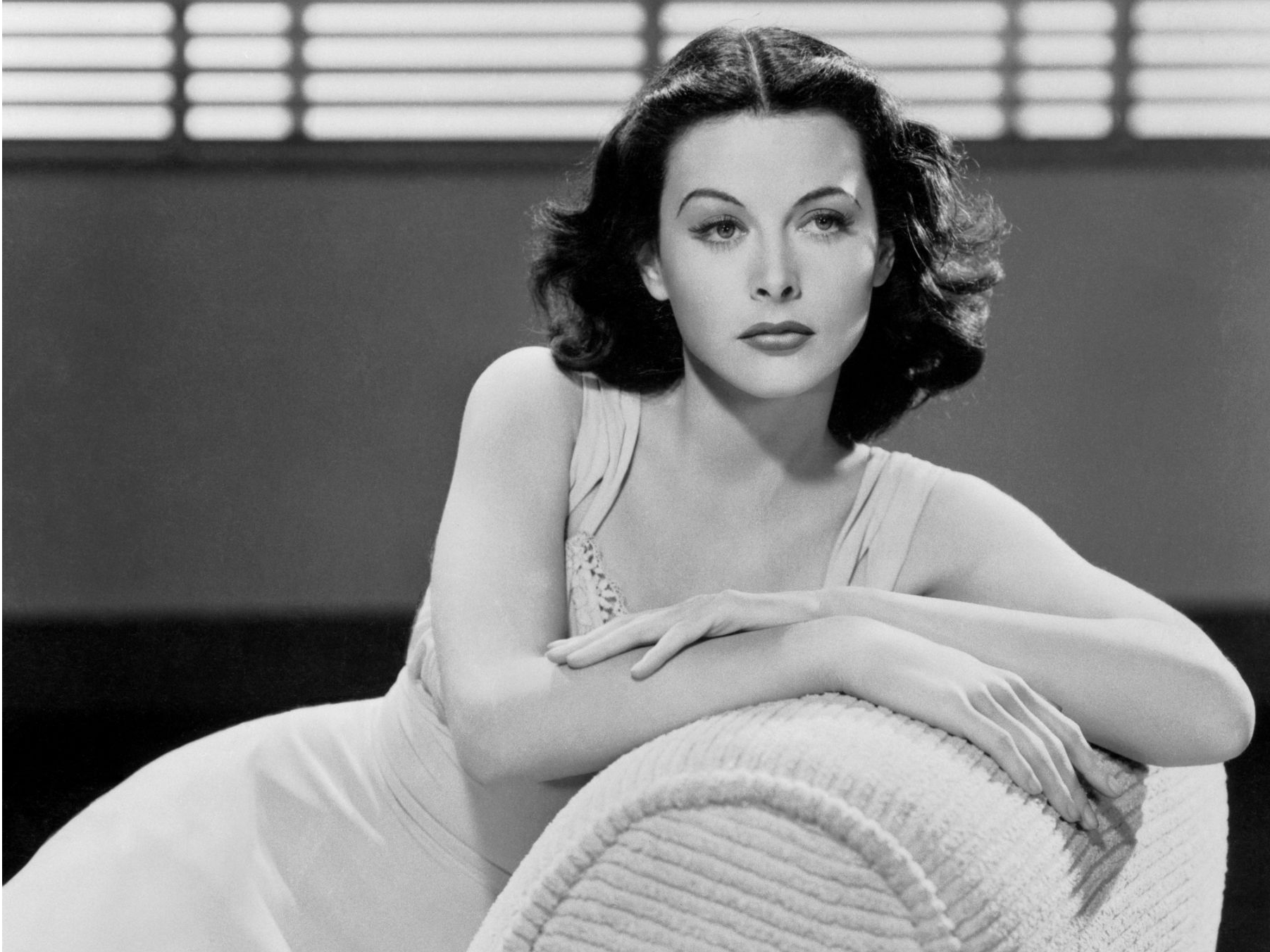 As Virginia Woolf famously said, “I would venture to guess that Anon, who wrote so many poems without signing them, was often a woman.”

Throughout history, women have often been sidelined, either due to peer pressure, lack of opportunity, or flat-out sexism. And many times, women who invented items – from disposable diapers to Monopoly– weren’t given credit for their work.

Women are responsible for early sketches of the computer, the discovery of the DNA double helix, and even splitting the atom. But men claimed those advancements as their own.

March is Women’s History Month, and to celebrate, here are 14 things you didn’t know were invented by women.

Monopoly was invented by Elizabeth Magie Phillips as, ironically, a protest against the monopoly of men. America’s favourite board game was created by Elizabeth Magie Phillips. She called it “The Landlord’s Game,” and it aimed to both demonstrate the benefits of Henry George’s system of land-grabbing economicsand protest monopolists of the time, like John D. Rockerfeller.

Phillips filed for a patent in 1903, and the game began to circulate among niche communities – but right as it was catching on, Charles Durow stepped in and secured a copyright for his own “enhanced” version, called Monopoly, which featured a few variations that made it easier to play. Durow then sold his game to Parker Brothers, and Phillips was largely lost to history.

Vera Rubin made lots of progress in the field of “dark matter,” but was never really credited. 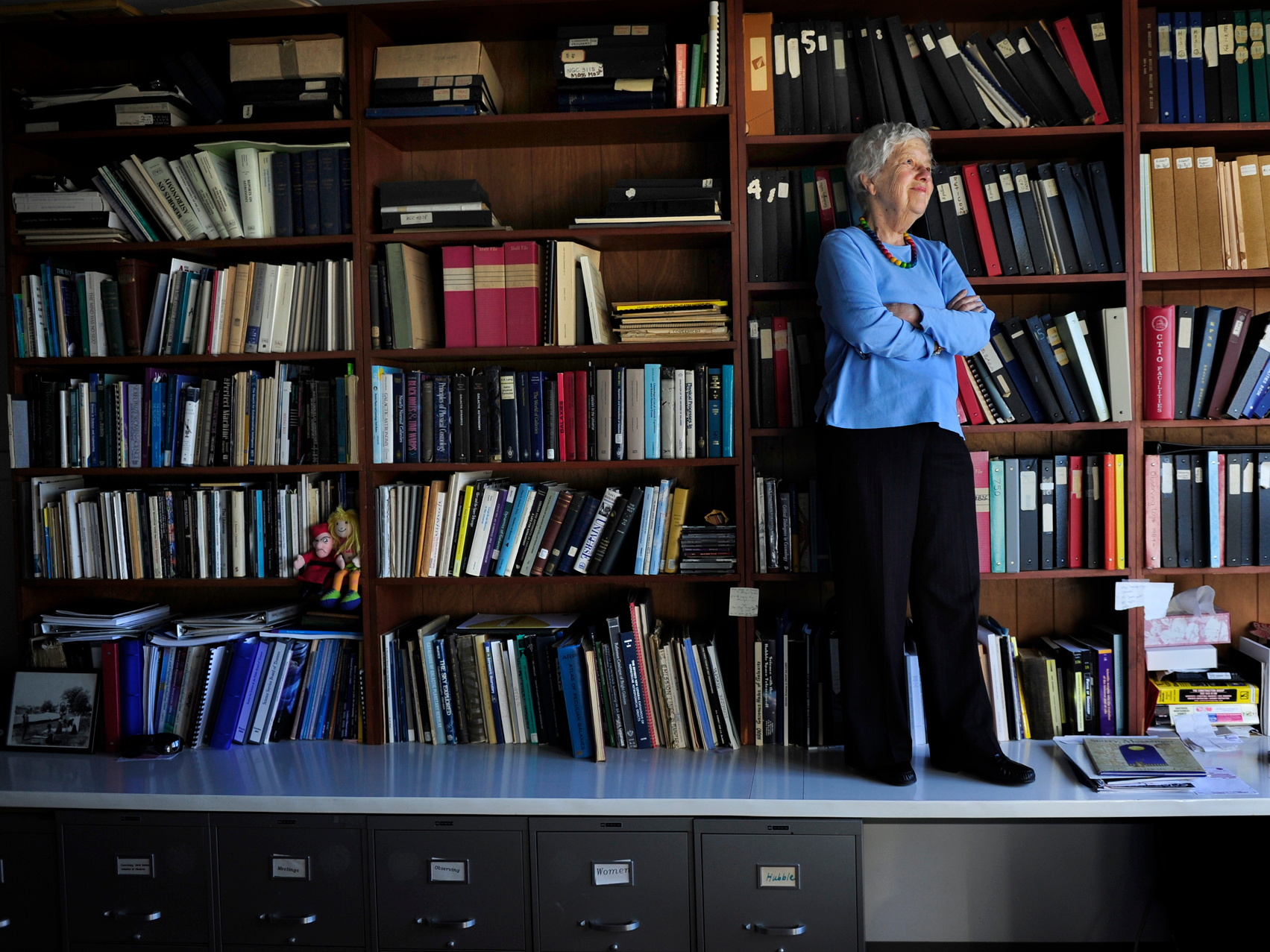 Astrophysicist Vera Rubin worked with fellow researcher Kent Ford in the ’60s and ’70s. Together, they studied galaxies – and wondered why things like stars were able to move so rapidly without falling apart.

Rubin’s calculations led her to surmise that there was an invisible force at play called “dark matter” – an idea first proposed by Fritz Zwicky in the 1930s. Fellow astronomers were initially reluctant to accept her theory, but soon physicists like Jeremiah Ostriker and James Peebles provided further framework, which cemented dark matter’s place in science.

The evidence Rubin gathered was extraordinary, and ushered in “a Copernican-scale change in cosmological theory,” according to The New York Times. But Rubin never received a Nobel Prize.

The modern bra was crafted by socialite Caresse Crosby in the early 1900s — but quickly sold to a larger company. 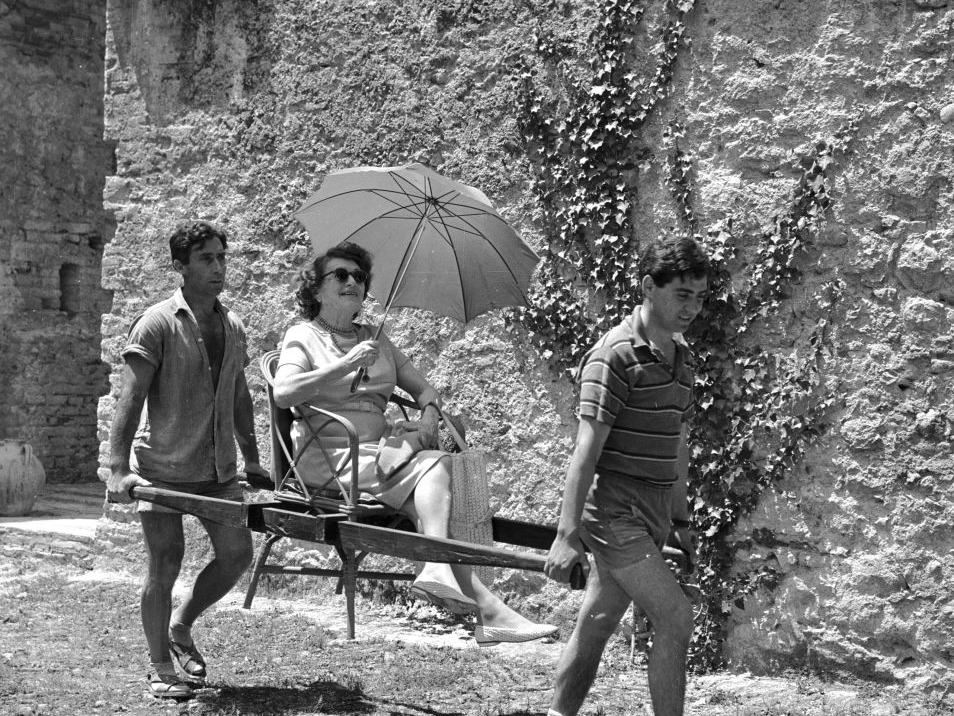 A rebellious debutante, Caresse Crosby was just 19 when she got so angry at her corset while getting ready for a ball, she called her maid for new materials including silk handkerchiefs, cord, ribbons, and a needle and thread. She sewed what we now know as a bra on the spot.

In 1914, Crosby was able to patent her invention, which she called the “backless brassiere” – and start the Fashion Form Brassiere Company in Boston.

But she soon sold her design – for a mere $US1,500 – to the Warner Brothers Corset Company, which detached her name from its history. Warner would go on to make $US15 million off Crosby’s invention over the next 30 years.

Nuclear physicist Chien-Shiung Wu lost out on a Nobel prize because two of her (male) contemporaries took credit for the work. 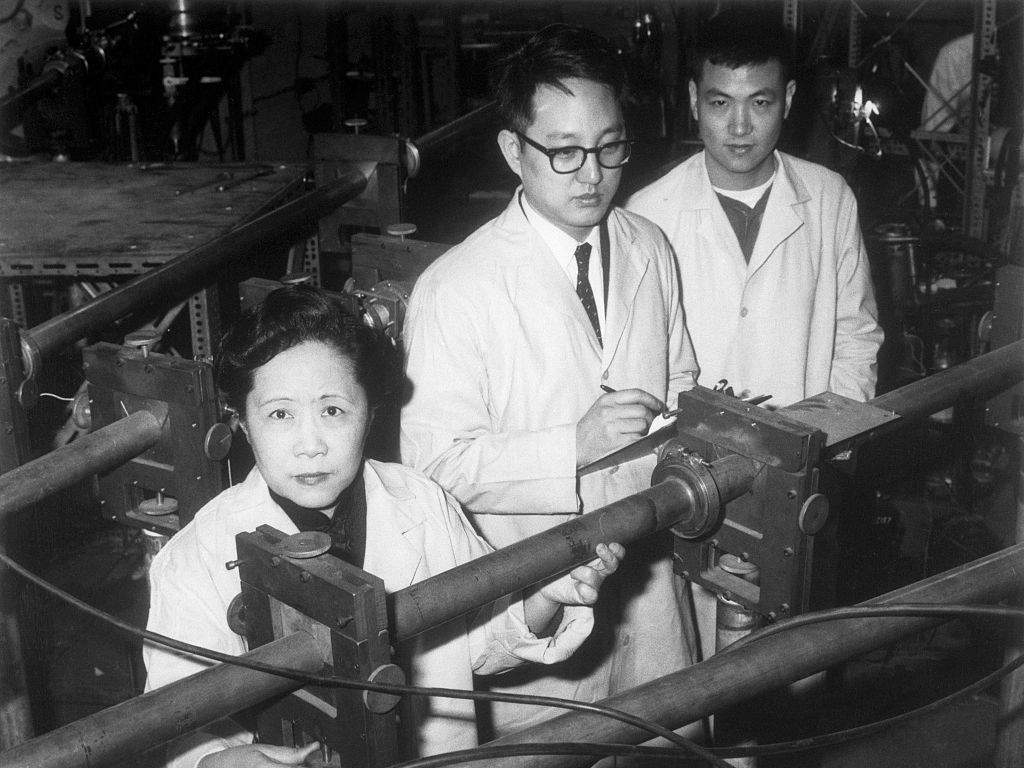 Bettmann/Getty ImagesChien-Shiung Wu at work with her associates.

Held in the same esteem as Marie Curie, experimental physicist Chien-Shiung Wu worked on the Manhattan Project – and she made a groundbreaking discovery in 1956.

Using radioactive cobalt, Wu conducted a series of experiments that disproved the Law of Parity. Two other reserachers, Tsung-Dao Lee and Chen-Ning Yang, had already theorised the invalidity of the Law – but they needed the evidence that Wu got.

Lee and Yang were awarded the Nobel Prize in Physics in 1954, and Wu received nothing. She said on the matter, “Although I did not do research just for the prize, it still hurts me a lot that my work was overlooked for certain reasons.”

Margaret Knight thought of the mass-produced square-bottomed paper bag first — but her idea was stolen by a man. 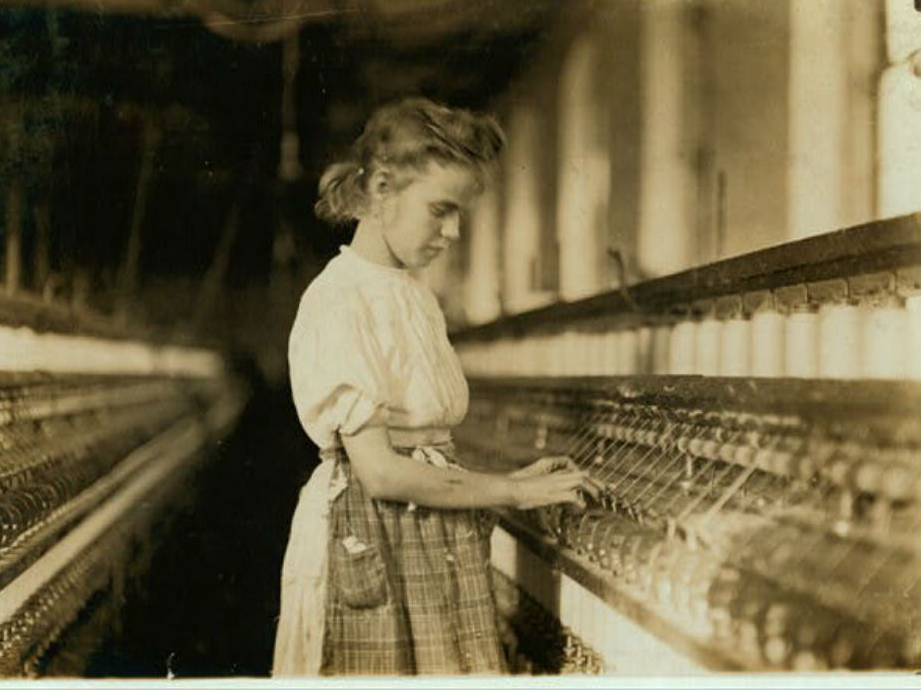 After working in a paper bag factory, inventor Margaret Knight realised that packing a bag would be easier if the bottoms were flat. So she created a working machine that formed and folded square-bottomed paper bags and helped them become mass-produced items.

As she set out to patent her invention, a man named Charles Annon stole her idea, going so far as to get a patent of his own. But Knight took it to court, and though Annon’s defence was that “no woman could invent such an innovative machine,” she ultimately won and got her patent in 1871.

Watson and Crick received credit for DNA’s double helix — but it was Rosalind Franklin who discovered it. 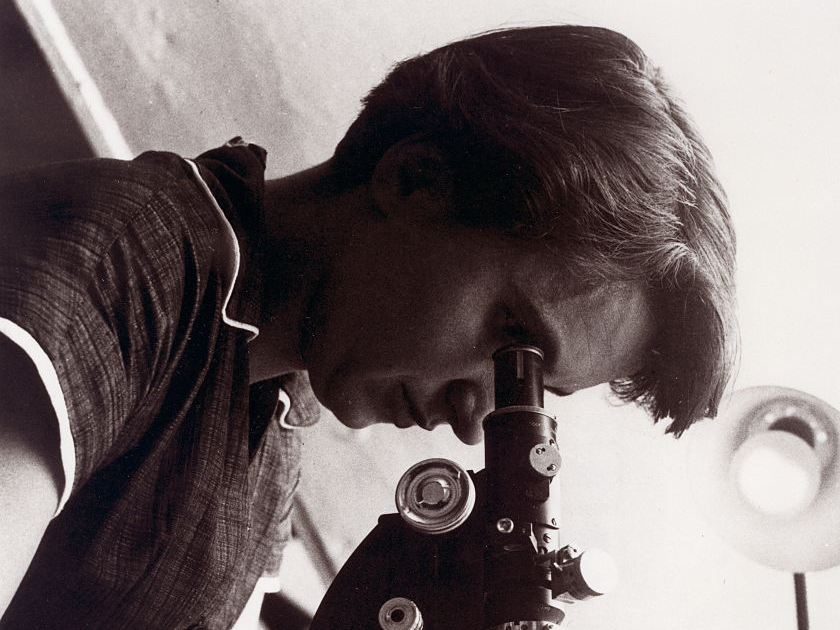 She presented her findings – which included a shot of the double helix – at a lecture, and James Watson was in attendance. He reportedly “didn’t pay attention” during her presentation, and was later shown the photograph by Franklin’s supervisor.

Watson and Crick’s “double helix” idea was just a theory at the time, but Franklin’s photographic discovery confirmed its existence. The men published their study alongside the image in 1953.

Watson and Crick received the Nobel Prize in 1962, shortly after Franklin’s death in 1958. She never received credit for it in her lifetime.

Lise Meitner discovered how to split atoms — but her male lab partner took all the glory. 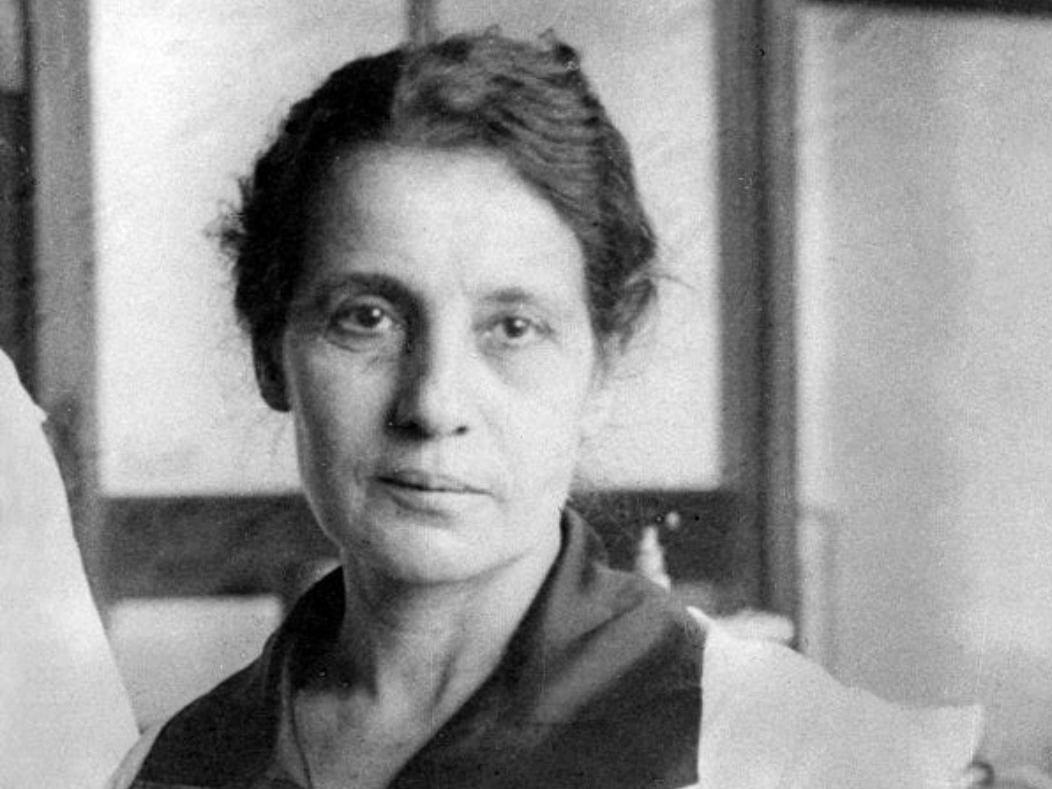 In the early 1940s, they discovered that the act of atomic nuclei splitting during “fission” releases tremendous amounts of energy. Meitner herself wrote the first theoretical explanation of the fission process after the discovery.

But her partner, Otto Hahn, received sole credit – and was awarded the Nobel Prize for Chemistry in 1944. Though Meitner was known as the “mother of the atomic bomb,” Hahn repeatedly defended her exclusion from the prize.

Hollywood legend Hedy Lamarr invented wireless communication — but the US government refused to take her seriously. 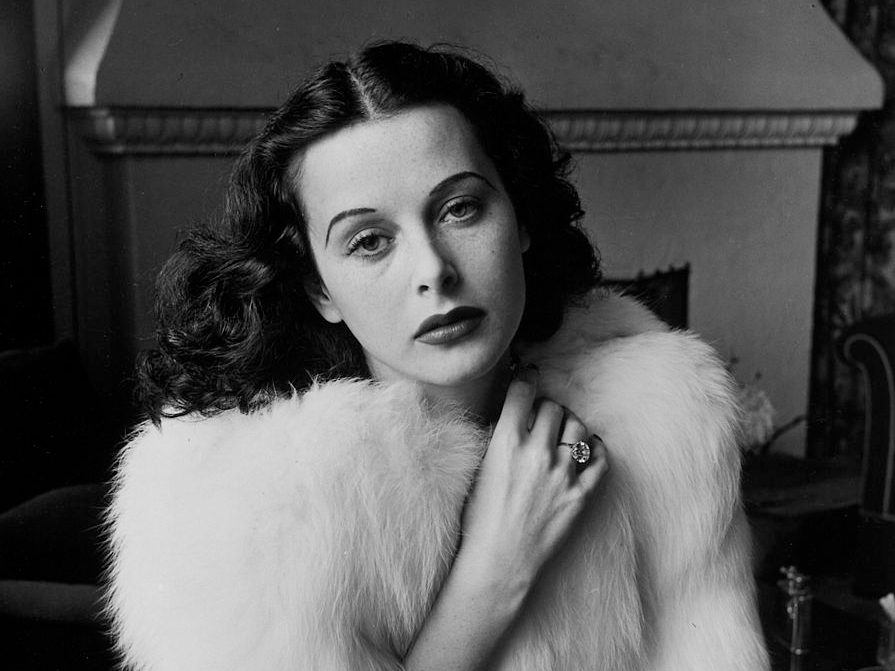 During World War II, Hedy Lamarr was the epitome of beauty – but she also had brains.

She worked alongside composer George Antheil to develop her idea of “frequency hopping,” which would have prevented military radios from being bugged. Her patent was brushed off by the US Navy, who classified it and filed it away – until they gradually began developing technologies based on it, with zero credit to her.

Luckily, a researcher unearthed the original patent, and Lamarr was given the Electronic Frontier Foundation Award shortly before her death in 2000.

But frequency hopping is the reason we have many modern technologies like WiFi, Bluetooth, and GPS. Its invention spawned a multi-billion dollar industry of the 21st century – which Lamarr’s estate still hasn’t received a cent of.

Esther Lederberg’s husband claimed the Nobel Peace Prize for their discoveries in the field of microbial genetics. 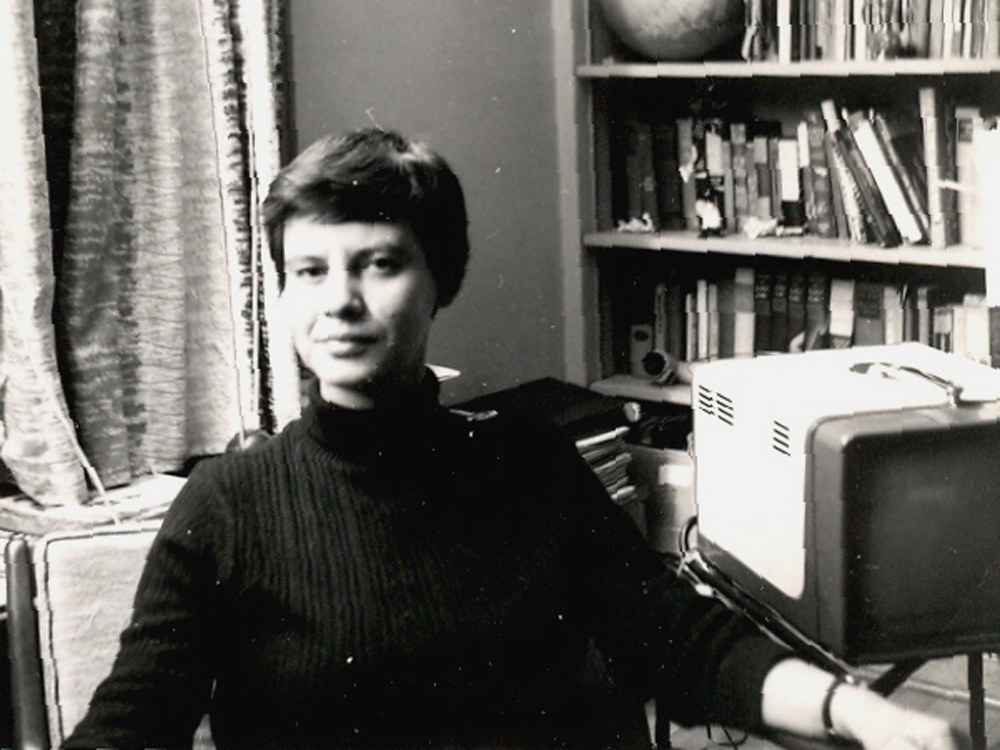 Per her obituary in The Guardian, Esther Lederberg, a professor of microbiology and immunology at Stanford University “did pioneering work in genetics, but it was her husband who won a Nobel prize.”

Esther Lederberg and her husband, Joshua Lederberg, were both microbiologists who collaborated on their research – which largely focused on the transfer of bacterial colonies.

Esther discovered a virus that infects bacteria in 1951. And the couple’s successful technique of transferring, called The Lederberg Method, is still being used today.

But in 1985, Joshua accepted a Nobel Prize for Physiology of Medicine because of advancements in replica plating – for which Esther was equally as responsible.

Mary Anderson invented windshield wipers in 1903 — but after her patent expired, car companies ripped off the idea. 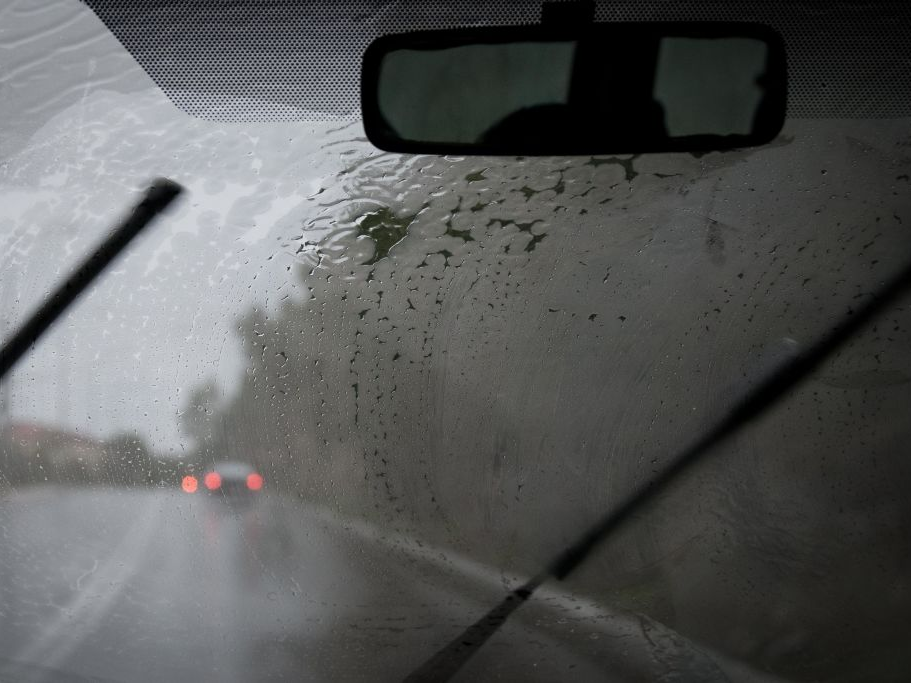 Mary Anderson was visiting New York City in 1902 when she noticed her driver’s inconvenient solution to the snow falling – getting out of the car and wiping it off the windshield himself.

When she got home to Birmingham, Alabama, she sketched out her invention – windshield wipers – and got a patent.

But manufacturing companies weren’t interested, and Anderson didn’t have any male connections in the industry to help her idea become a reality.

So her patent expired – but she lived long enough to see windshield wipers appear on almost every car in the country. Anderson was inducted into the Inventors Hall of Fame in 2011, but she never received monetary compensation for her invention.

Lord Byron’s daughter, Ada Lovelace, invented an early model of the computer — and historians refused to believe it. She worked with a partner, inventor Charles Babbage, and the two came up with an idea for an “Analytical Machine.”

In 1843, she wrote notes detailing how the device should “weave algebraic patterns just as the Jacquard loom weaves flowers and leaves” – which is essentially computer programming.

But for years historians debated who the “real” author of the notes was, assuming Lovelace couldn’t have written them. Lovelace and Babbage’s detailed correspondence, however, suggest the notes were hers.

Nettie Stevens discovered sex chromosomes, but E.B. Wilson is credited for it. 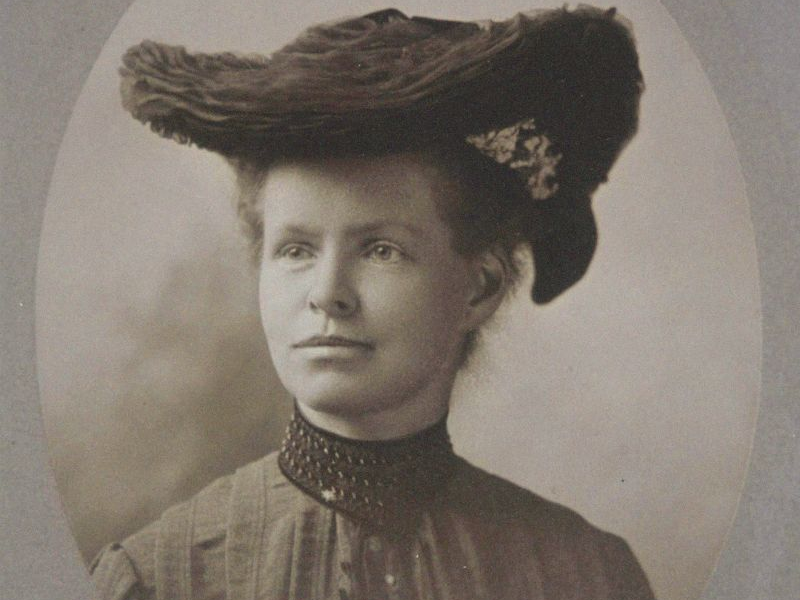 After receiving degrees from Stanford and Bryn Mawr – which was groundbreaking for the time – Stevens set out to revive and expound on Mendel’s genetic research.

But E.B. Wilson published his “discovery” of sex determinism at the same time, and was widely lauded as the sole discoverer. Interestingly, their reports differed slightly – Wilson claimed environmental factors affected sex, whereas Stevens thought it was only genetic.

And time has shown Stevens was the right one.

Diapers weren’t always disposable, but Marion Donovan was the first to change that in 1951. 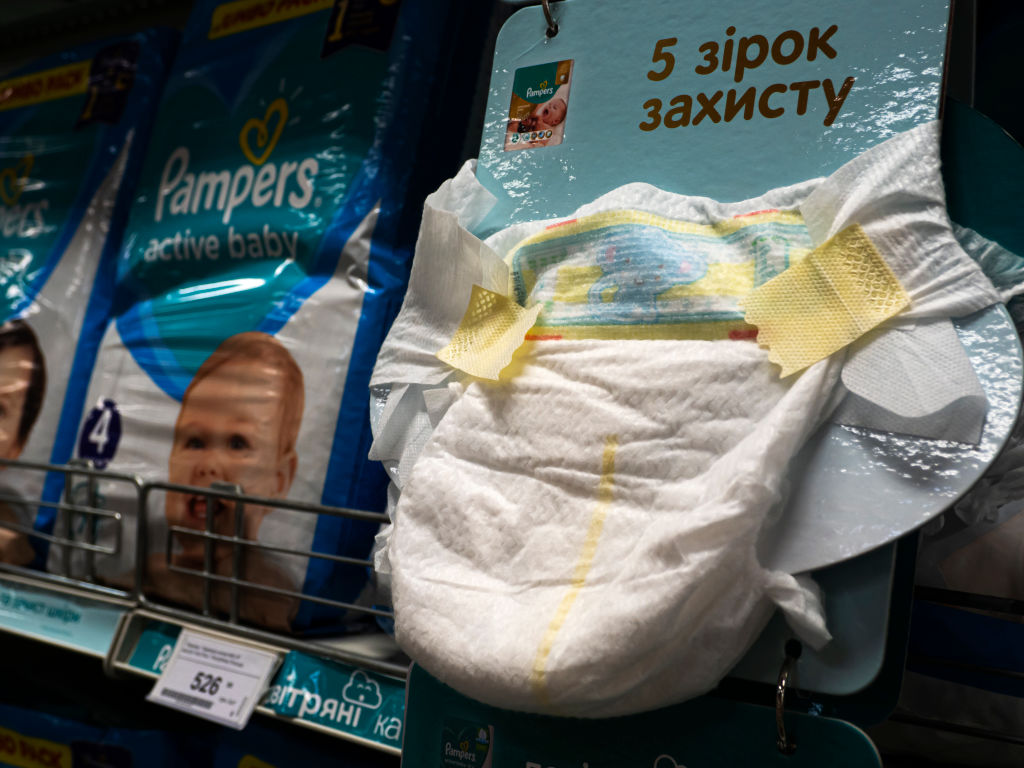 Igor Golovniov/SOPA Images/LightRocket via Getty ImageMarion Donovan made mother’s lives so much easier with her invention.

Marion Donovan was a new mum in the late ’40s – and she began to get exasperated with her babies immediately soiling diaper after diaper.

So first she invented – using her own shower curtain – a waterproof diaper cover. This was a smash hit at Saks Fifth Avenue in 1949, and by that time, Donovan was busy developing the disposable paper diaper.

But this idea didn’t catch on as quickly. Ten years after it was patented, Victor Mills decided to “use” her idea and start Pampers – without crediting Donovan.

Mathematician Katherine Johnson was an integral part of figuring out the first moon landing’s path. But before her cinematic fame, Johnson was known around NASA –where she worked for 35 years – for her genius-level maths skills. They earned her a place on the teams that worked on the first spacecraft launch in 1961 and the first moon landing in 1969.

Her path, however, wasn’t easy. As a female African American working in the throes of the Civil Rights movement, her accomplishments often went unnoticed by her male coworkers – and she dealt with racial discrimination.