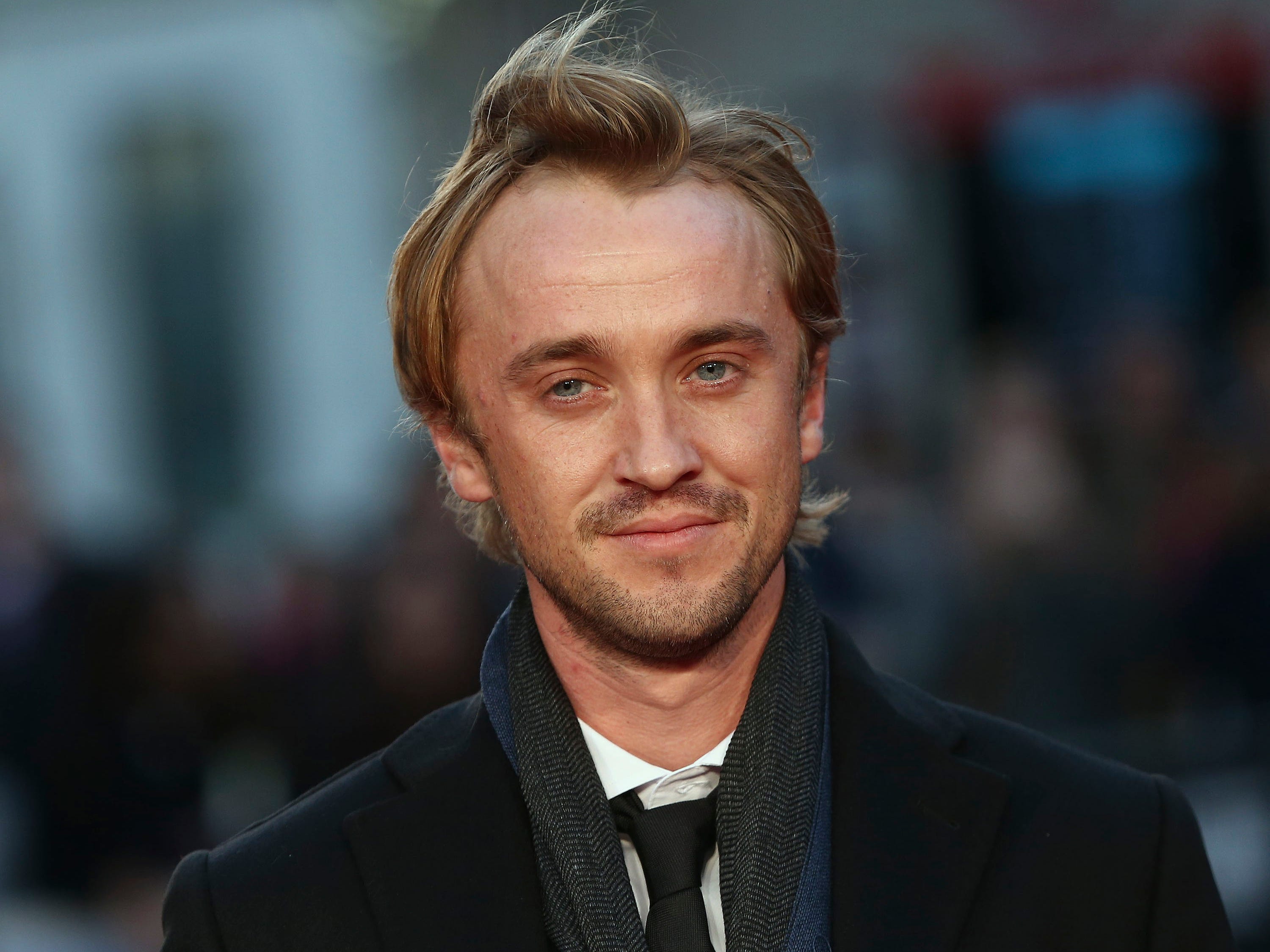 Best known for playing Draco Malfoy in the “Harry Potter” films, British actor Tom Felton has been acting since he was 10 years old.

Even fans who watched the actor grow up on screen probably don’t know everything about his life behind the scenes.

He was 10 years old when he appeared in his first film role. Before playing Draco Malfoy, Felton appeared as Peagreen Clock in the 1997 film “The Borrowers” when he was 10 years old.

Over a decade before Jim Broadbent joined the “Harry Potter” cast as Horace Slughorn, he played Felton’s on-screen father, Pod Clock, in the movie.

He’s the youngest of four. 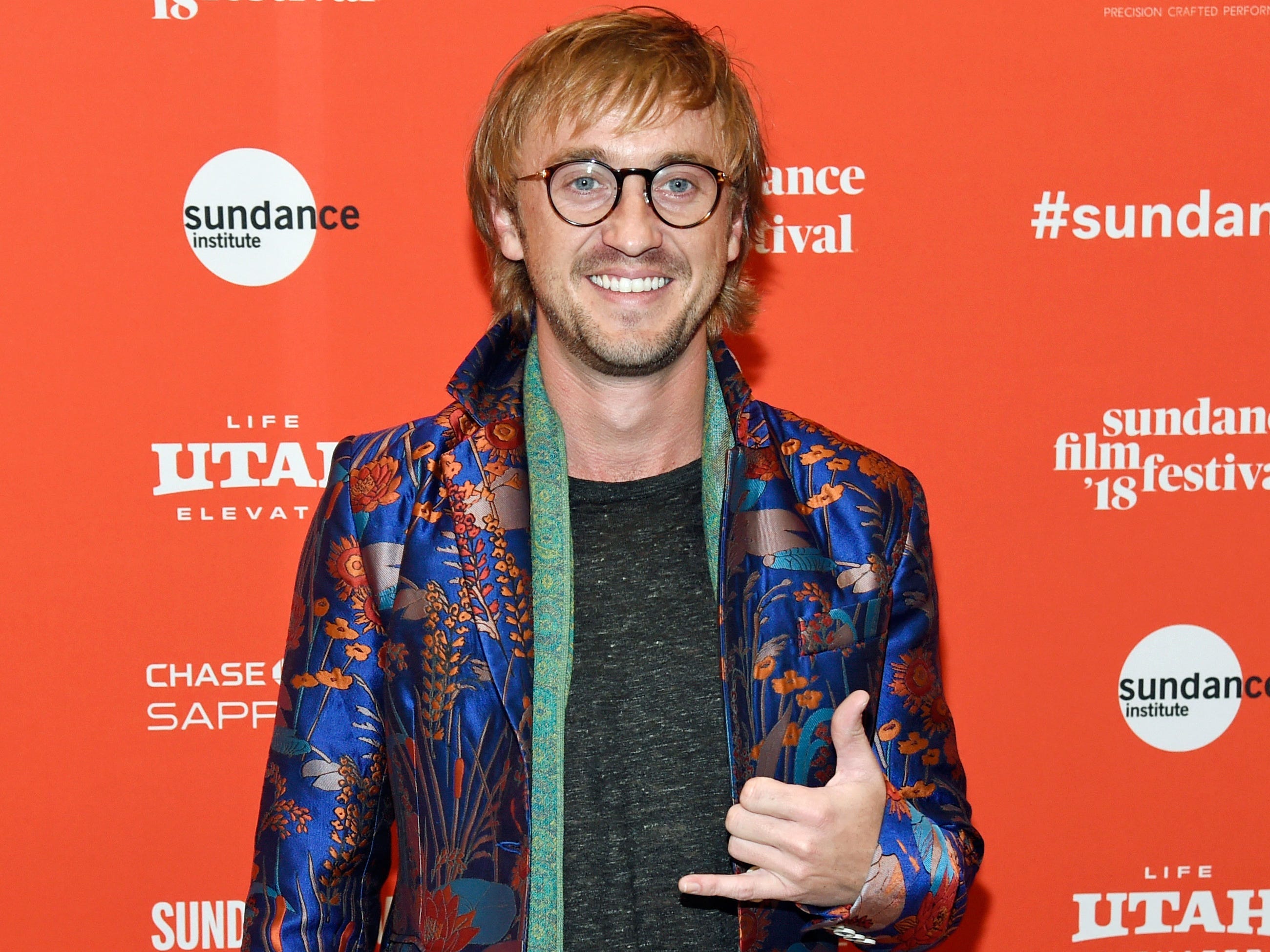 Felton has three older brothers, and during a FanX Salt Lake Comic Convention panel in 2019, he joked that as the baby of the family, he would “channel [his] frustration through Draco.”

The actor, like the rest of us, was intimidated by Alan Rickman. 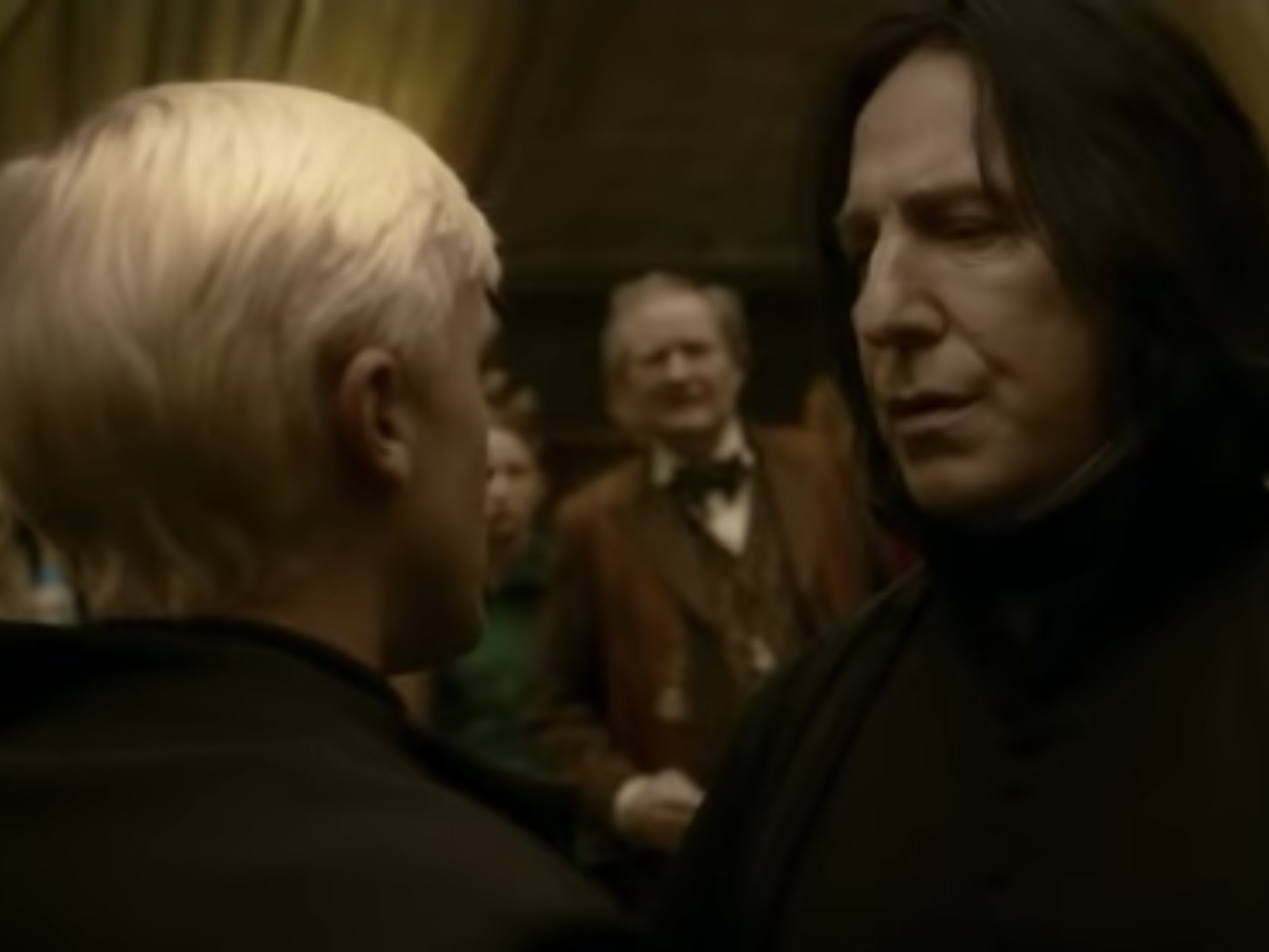 Warner Bros.Tom Felton and Alan Rickman in ‘Harry Potter and the Half-Blood Prince.’

As a child on the “Harry Potter” sets, Felton didn’t always know who some of the big-deal veteran actors were.

However, in a 2018 interview with Buzzfeed, he said that one actor he was familiar with, and a bit frightened by, was Alan Rickman.

“It took me quite a lot of courage just to say anything more than ‘good morning Alan’ to him because he’s pretty terrifying,” he said.

Felton auditioned to play Harry and Ron before landing the role of Draco. 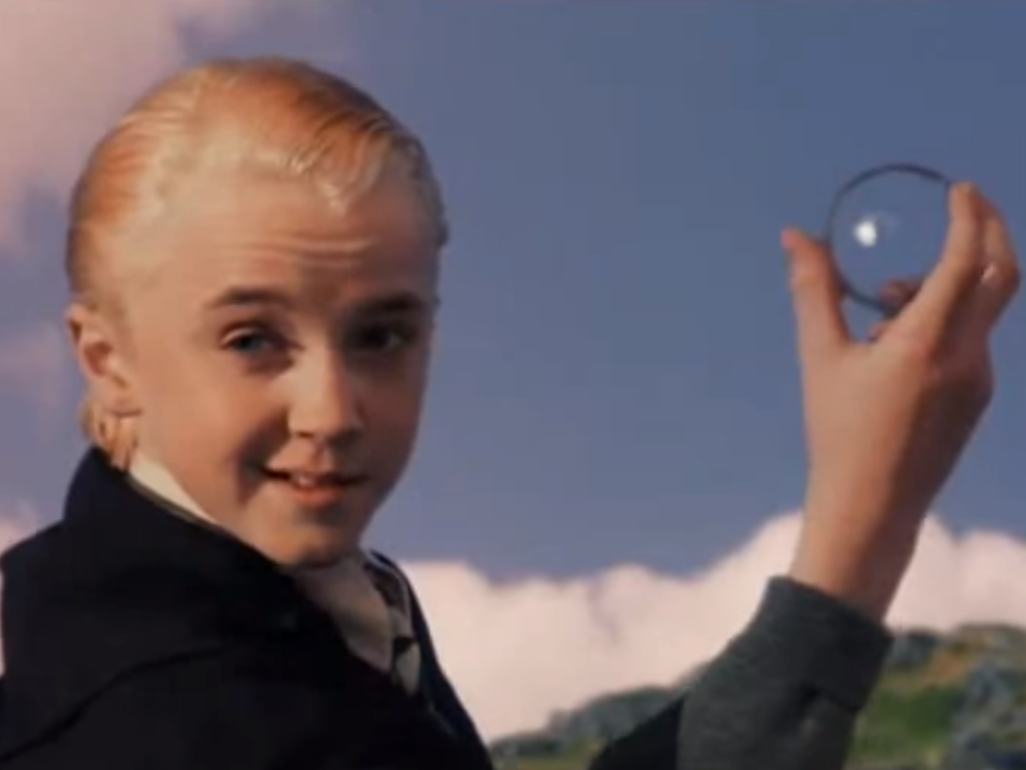 Warner Bros via YouTubeTom Felton as Draco Malfoy in ‘Harry Potter and the Sorcerer’s Stone.’

In a 2011 interview with MTV News, the actor said that he originally read for Harry Potter and Ron Weasley before auditioning for Draco Malfoy.

“I’m very grateful I am in the film at all, but even more grateful that I got the character of Draco,” Felton told the publication.

He continued, “I think Rupert [Grint] and Dan [Radcliffe], there’s no question in my mind, there’s no one else in the world that, A) could have played the character better, but B) could have handled the behind-the-scenes pressure those guys have dealt with over the last decade.”

Jack Johnson inspired him to become a musician. 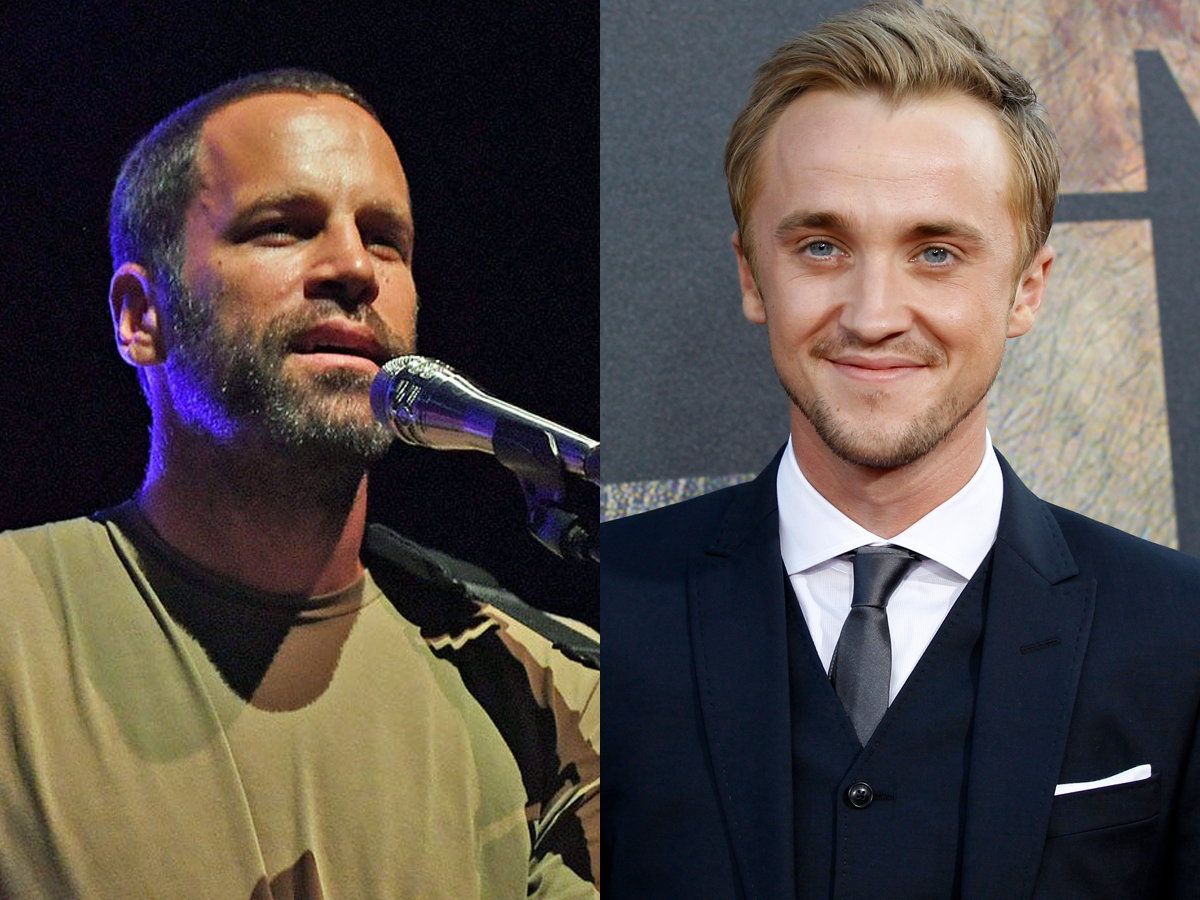 In a 2009 interview with Feltbeats.com, Felton said that he was inspired to become a singer-songwriter after listening to American musician Jack Johnson.

“When I listened to Jack Johnson the first few times, I knew I wanted to play guitar,” he said. “So I pretty much picked it up from there. But singing while playing the guitar seemed so foreign at first. For about a good year, I could not at all sing a note while playing.”

There’s a sweet reason he hasn’t seen the “Harry Potter” films since the premieres. 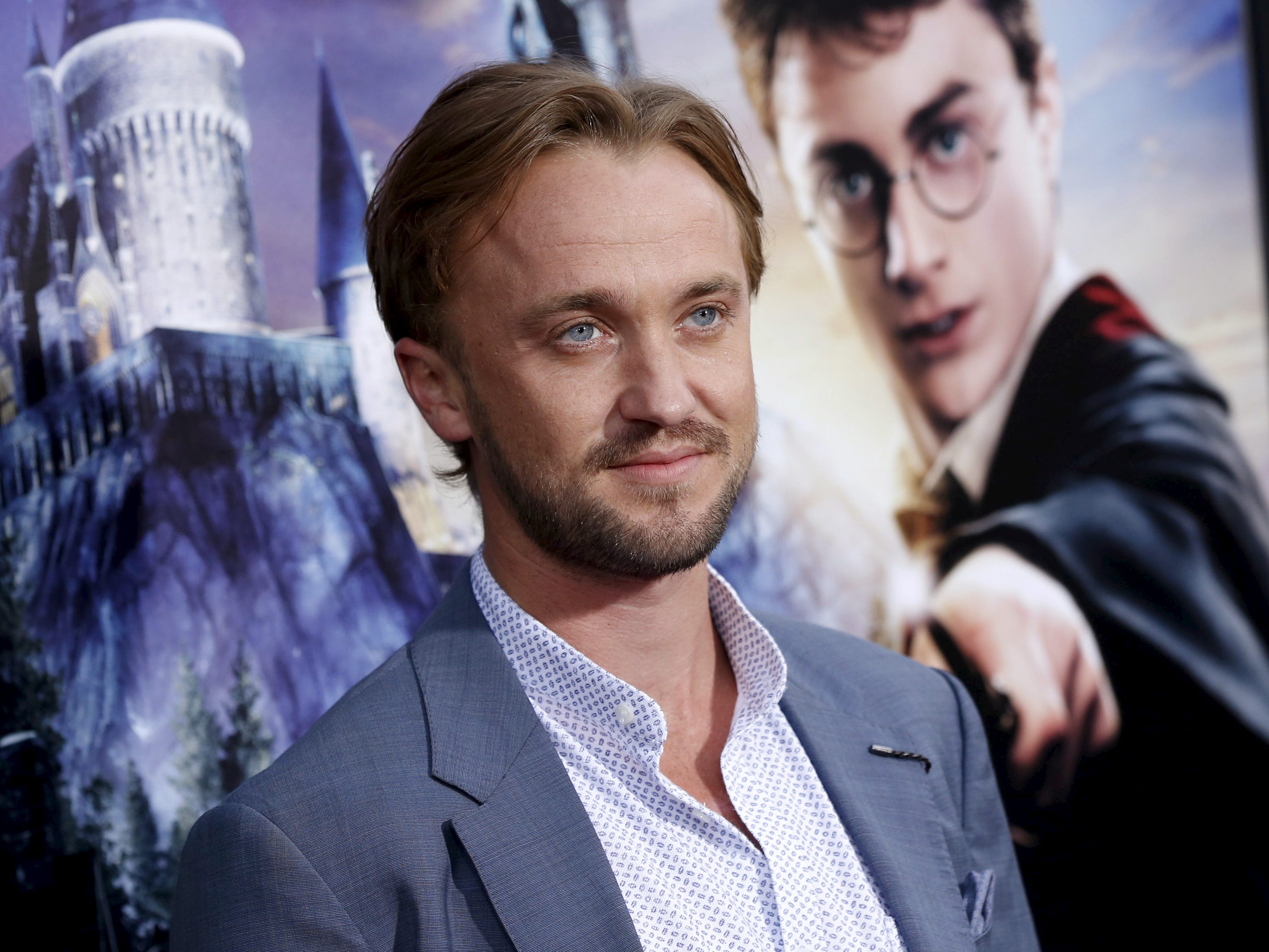 In 2018, Felton told People magazine that he hasn’t rewatched the “Harry Potter” films since they premiered.

“I’m saving that for a sacred day,” he said. “I have visions of doing that with my two kids, when I’m a little bit older.”

Felton has a puppy named Willow. 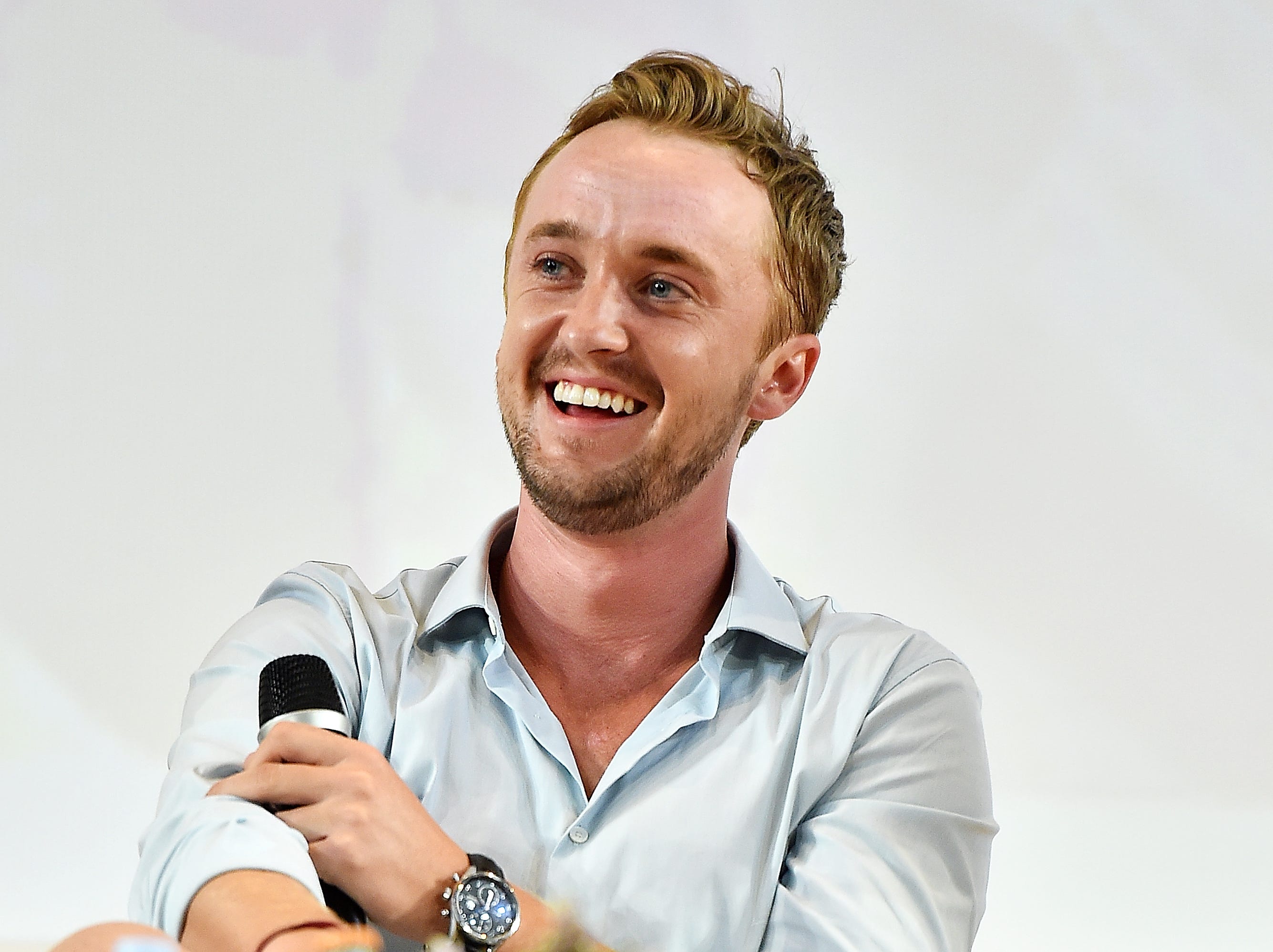 The actor is a dog dad to a black labrador named Willow.

On a 2018 episode of “People Now,” Felton shared that the pup came into his life when a friend of a friend had a change of heart after adopting her.

He inspired a viral hashtag on TikTok. 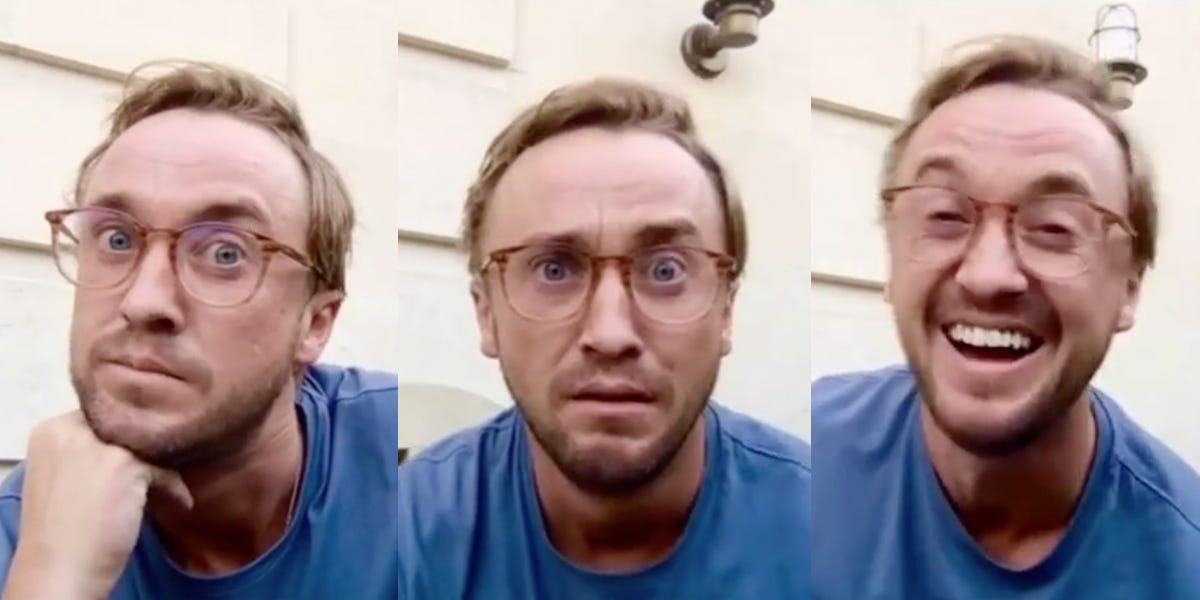 Tom Felton/TikTokTom Felton in one of his popular TikTok videos.

#DracoTok is a viral trend on the video-sharing app that features fans sharing throwback movie clips, singing along with Felton in duets, and just appreciating all things Draco Malfoy.

The actor has even gotten in on the fun by posting videos on his own TikTok channel.

He’s a big fan of the musical “Hamilton.” 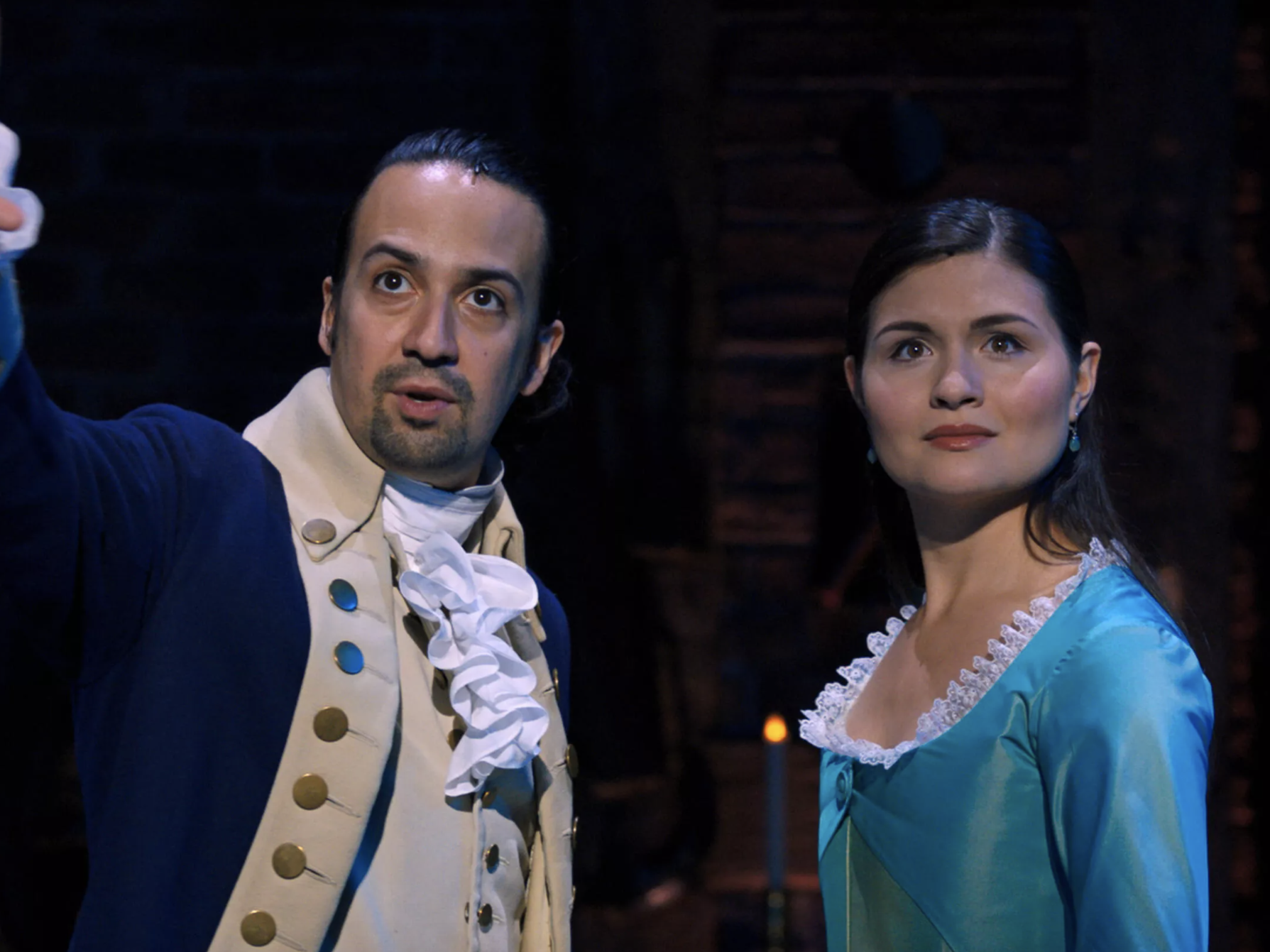 Felton’s TikTok is also peppered with clips of him rapping, lip-syncing, and singing songs from the hit Broadway musical “Hamilton.”

From duets with other fans to guitar covers, he’s been sharing his mini-performances since the filmed version of the stage production made him cry back in July.

He has a few mementos from the “Harry Potter” set. 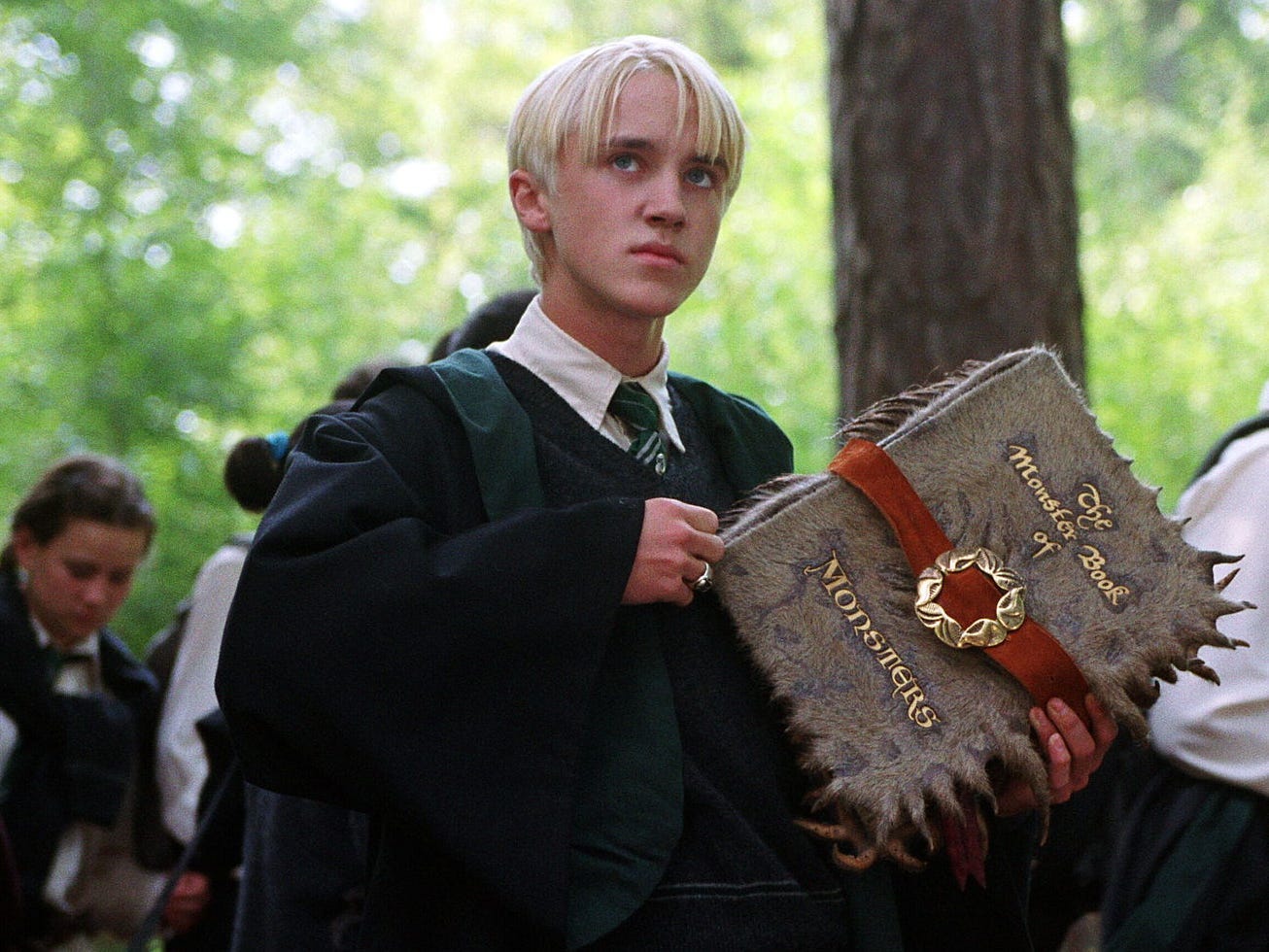 Felton told Vulture in 2011 that the production team let him keep Draco’s Slytherin ring and a tie pin. But he said most of the props and costumes were out of the question.

“Anyway, they’re putting those in museums, which is probably a better place than on my bedroom wall,” he told the publication. “I wanted to get a wand – we all wanted our wands – but those are on lock down. I wanted to keep Draco’s suit. I felt very sharp in that suit.”

Across all eight “Harry Potter” films, Draco reportedly only had about 31 minutes of screen time. 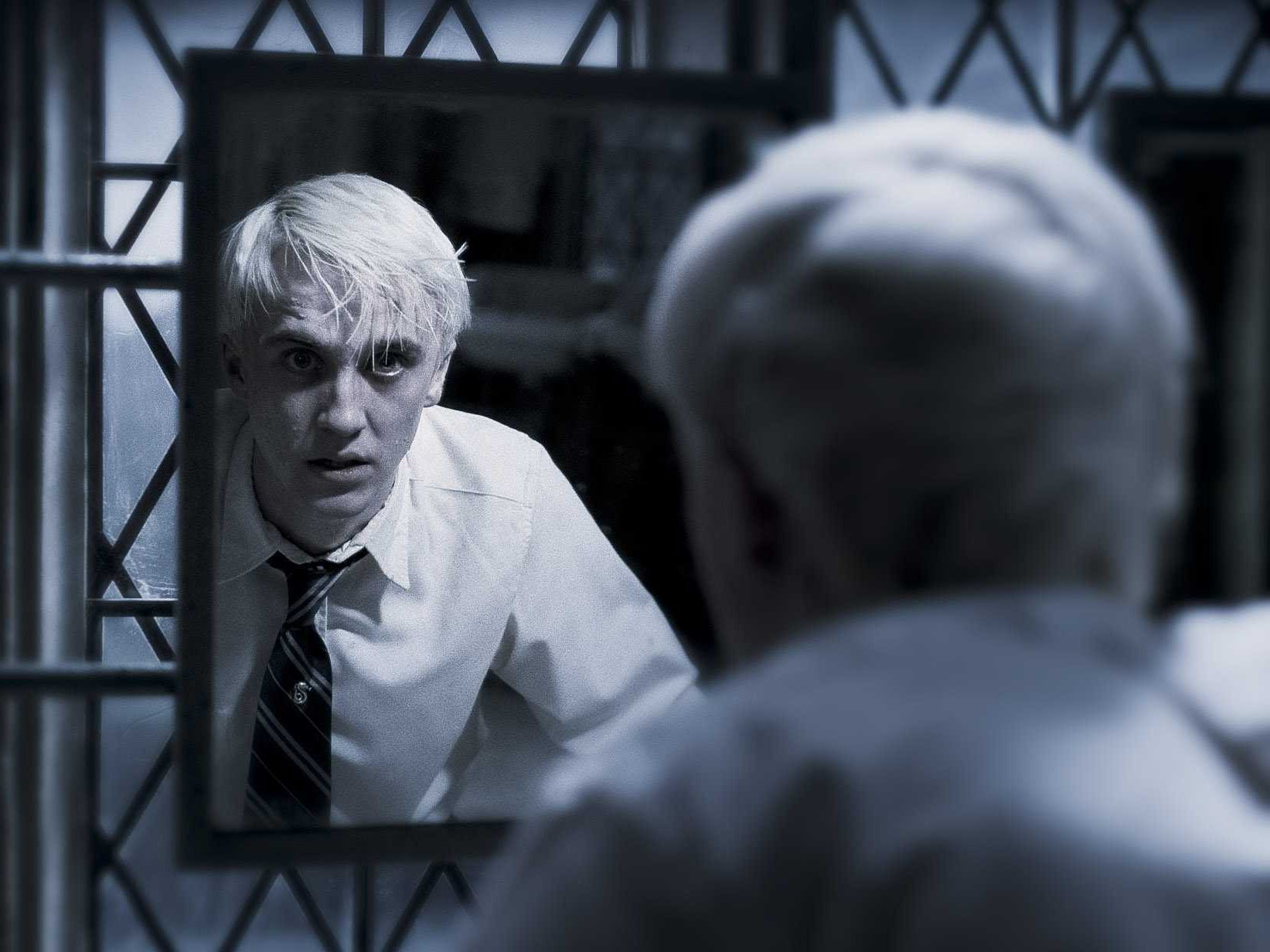 According to a fan post on IMDb Stats, Felton’s popular role was much less prevalent in the films than most people probably realised.

The “Harry Potter” film series spans 19 hours and 40 minutes – but Draco Malfoy apparently only appeared on screen for 31 minutes and 30 seconds.

He’s not a true Slytherin, even though he played one. 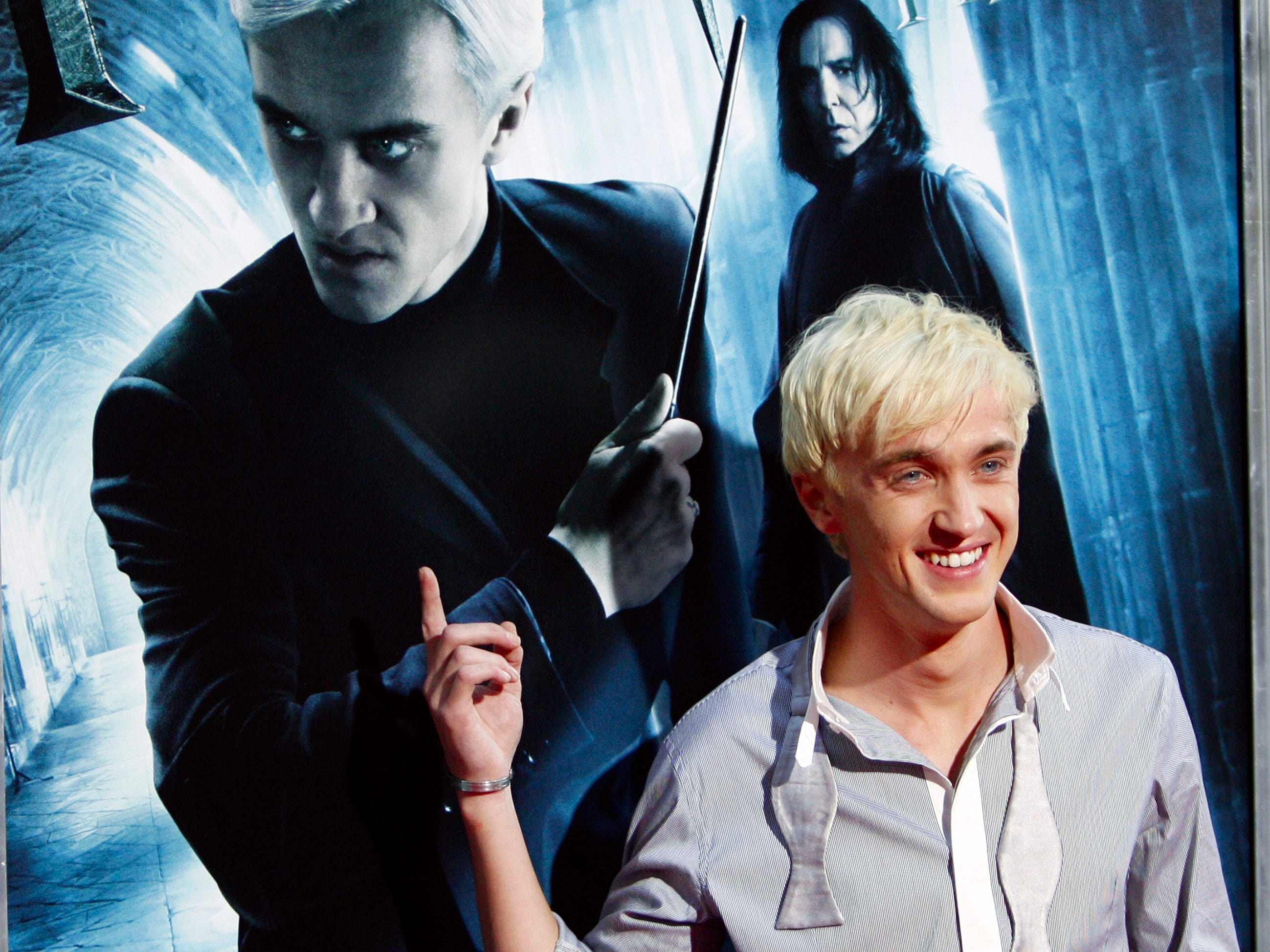 Lucas Jackson/ReutersTom Felton has said that he’s a Gryffindor.

You don’t get more Slytherin than Draco Malfoy. But when Felton joined Pottermore in 2015 and took the quiz to find out which Hogwarts house he’d be sorted into, that’s not where he ended up.

He tweeted, “Today was the day. I finally did it. I joined Pottermore and was sorted into……..Gryffindor. Heart broken x #slytherinforlife”

Felton said his American accent comes out when he orders fast food. 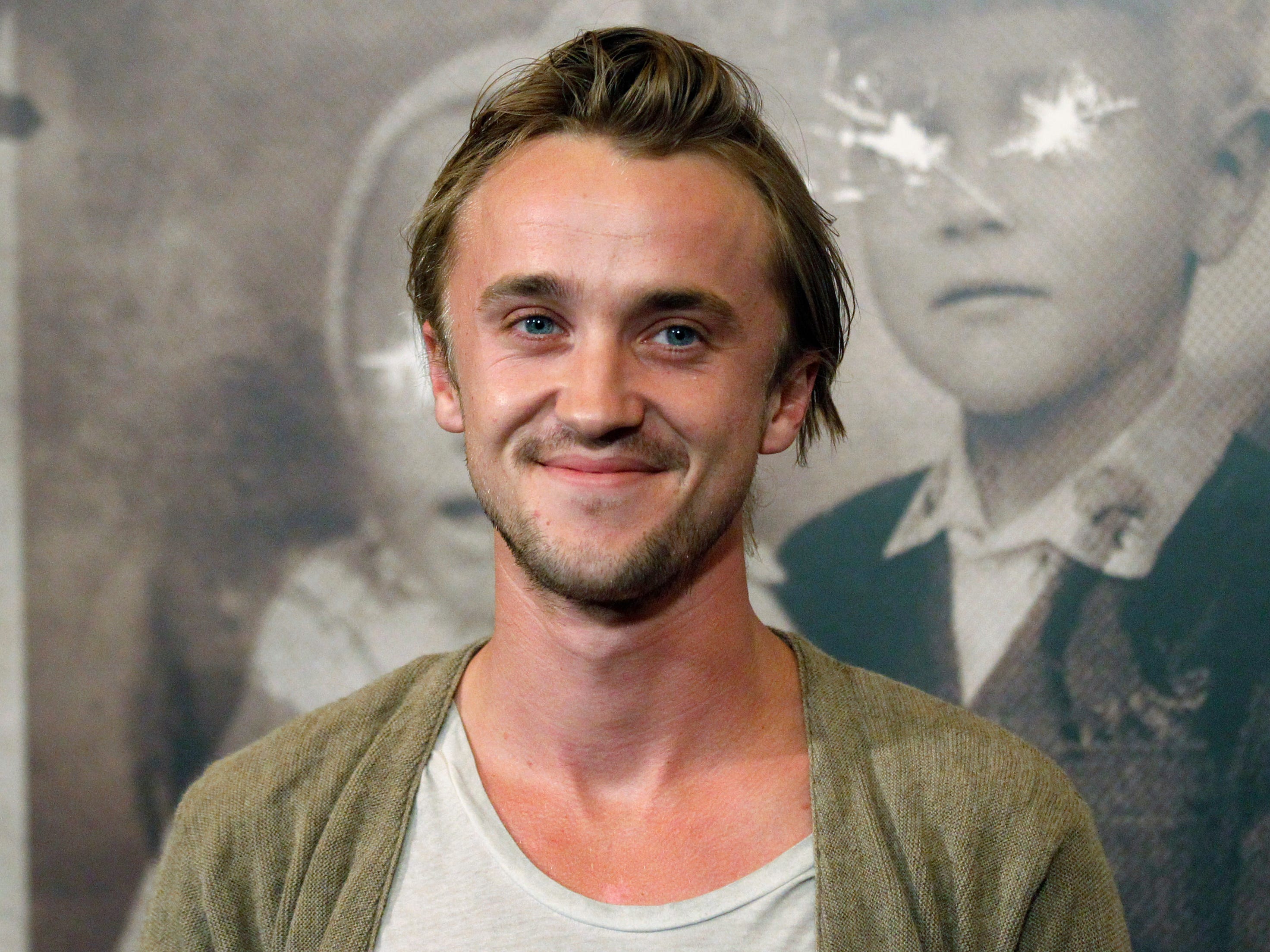 Mario Anzuoni/ReutersTom Felton did an American accent for his role on ‘Origin.’

While discussing his American accent on YouTube’s “Origin,” the actor shared that it sometimes slips out when he’s ordering food in the US.

“My friends mock me over here because I order food in American,” he told “ET Live” in 2018. “If you’re doing the drive-thru and you need to order some chicken nuggets and some burgers, you can’t really say it in a British accent because it often gets confused.”

He said a stranger tried to adopt him once. 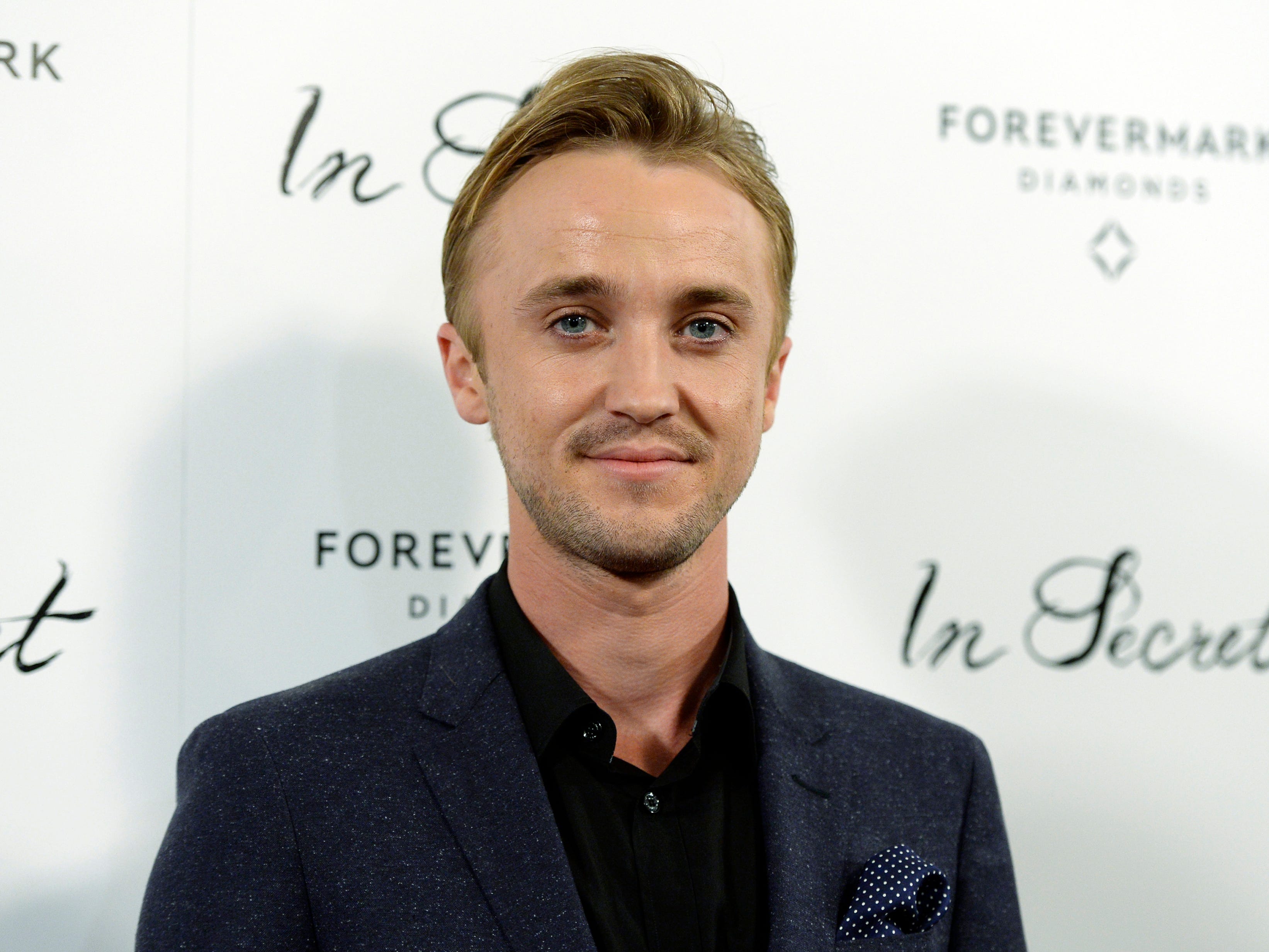 In one of the more terrifying fan-interaction stories, a Draco Malfoy superfan once tried to become Felton’s real-life father.

“He had changed his name legally to Lucius Malfoy and wanted me to change my name to Draco Malfoy and to legally adopt me,” he told Yahoo in 2018. “I declined!”

Roald Dahl is one of his favourite authors, and Felton has narrated a few of his short stories. 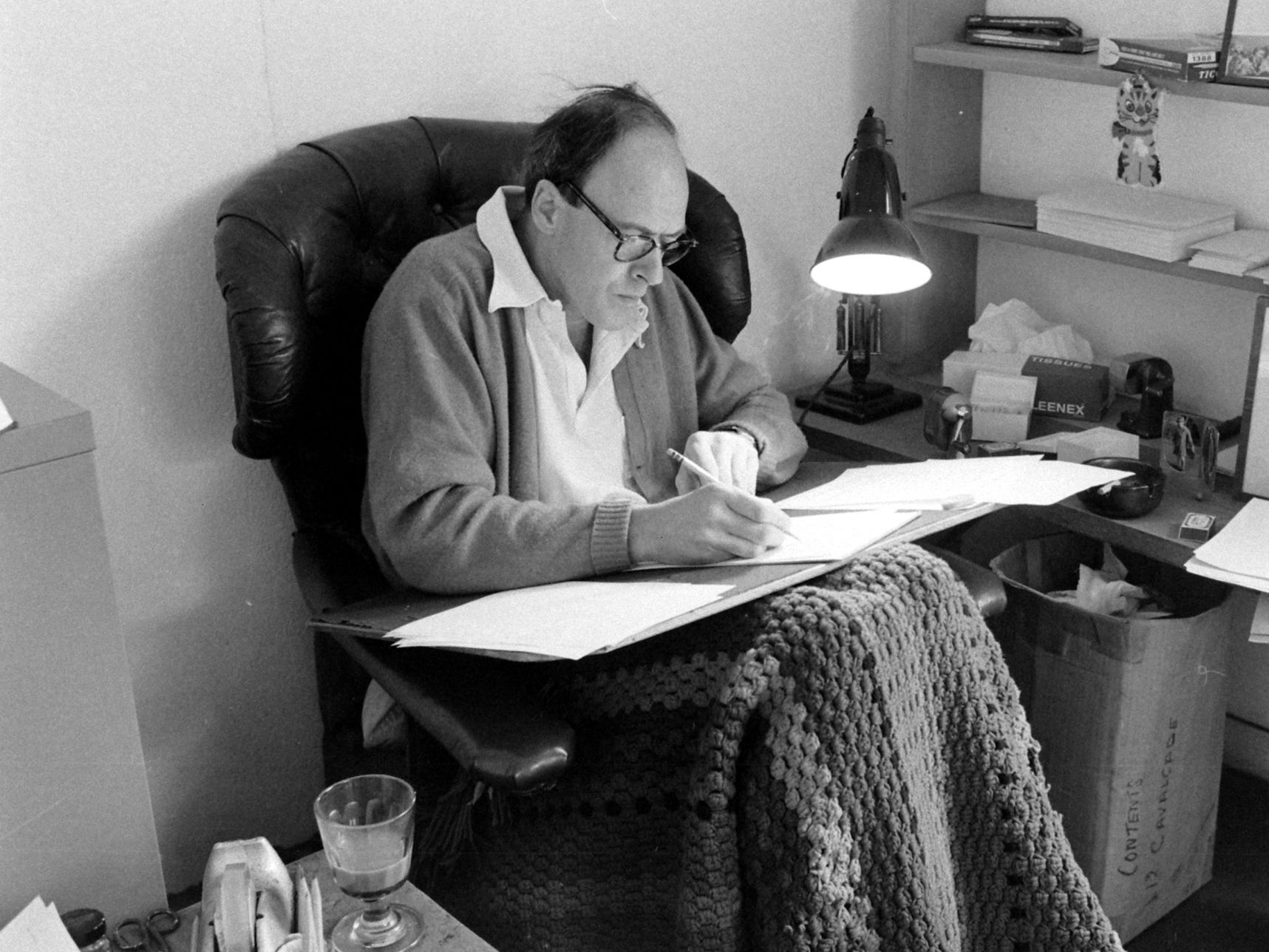 When asked at DragonCon 2011 what his favourite book is, Felton mentioned a few childhood favourites, including the “Goosebumps” series by R.L. Stein and the “Peter Rabbit” series by Beatrix Potter.

But he ultimately landed on Roald Dahl titles like “The BFG,” “The Twits,” and “The Witches” as his actual top picks.

In 2017, the actor even got to narrate the audiobooks for a few of the iconic author’s short stories.