“Hocus Pocus” (1993) is an iconic Disney movie that focuses on a group of kids trying to fight against a trio of witches on Halloween.

The movie includes some cute Disney tropes, such as a talking animal and clueless parents, but also has some pretty dark moments.

Read on for some of the clever and spooky details that you may not have noticed in “Hocus Pocus.”

Viewers can read other spells when the Sanderson sisters reference the life potion they’re brewing.

At the beginning of the film, the Sanderson sisters are brewing a life potion. But as Winnie flips through their book for the recipe, several pages containing other spells, formulas, and incantations are visible as well.

The book has a section of punishments in alphabetical order.

As the Sanderson sisters are flipping through their spellbook, viewers can see a list of alphabetical spells.

The page is titled “Excruciating Punishments,” with various options listed next to each letter. For example, “amnesia” and “aching bones” are next to “A,” “boils” and “bunions” are next to “B,” and “carbuncles” and “cholera” are next to “C.”

Thackery Binx is shown in his cat form throughout most of the movie.

To make the character come to life, there were several real cats on the set, but animatronics were also used for the scenes where Binx is talking – which is why his face doesn’t always look the same.

There are words related to Halloween on the blackboard in the classroom.

When Max and Allison are in class together at the beginning of the movie, their teacher is giving a lesson about the Sanderson sisters.

Written behind her on the chalkboard are various words related to Halloween and fear, such as “ghost,” “witch,” “monster,” “scare,” and “frighten.”

There’s a bizarre amount of fish decor throughout Max’s house.

The first time we see the interior of Max’s house is when he comes home from school on Halloween. Inside, there are framed pictures of fish throughout the house, along with decorative boats and other nautical decors.

As Max enters his bedroom, it reflects this trend as well. There’s sailboat wallpaper, a wooden fish on his wall, and even fish-print sheets on his bed.

Salem, Massachusetts, where the film takes place, is on the Atlantic coast, which could explain the nautical theme. But it still seems a bit excessive throughout the whole house.

The lollipop that Allison gives Dani looks like one of the Sanderson sisters.

When Max and Dani are talking with Allison at her parent’s party, she gestures to Dani’s costume and says that she likes witches as well. Allison hands the young girl a chocolate lollipop and they begin to talk about the Sanderson sisters.

The treat Allison gave Dani is decorated to look like a witch riding on a broom, which is on-theme for a Halloween party. But upon closer inspection, the witch on the lollipop has bright-red hair and a green and purple outfit that seems reminiscent of Winifred Sanderson, who the kids face off against later in the film.

There’s a sign labelling the Sanderson house as a witch museum.

As Allison tells Max and Dani at the beginning of the film, the old Sanderson house was turned into the Sanderson Witch Museum for some time before it got shut down.

The sign outside the house that the witch sisters crouch under a little later on shows this as well, and it provides information about the house itself and the legend of witchcraft.

Thackery has two different voices throughout the film.

Viewers who are listening carefully may realise that Thackery’s voice sounds different when he’s a human and when he’s a cat.

That’s because the character was actually played by two different actors. Sean Murray portrayed the human version of Thackery, and Jason Marsden voiced his cat form.

Old Burial Hill is an actual graveyard in Massachusetts.

“Hocus Pocus” viewers likely remember that the movie took place in Salem. But there are several location-specific touches that fans may not have noticed.

For example, the gate of the cemetery where Billy comes back to life reads “Old Burial Hill,” which is an actual graveyard in Marblehead, Massachusetts, a short drive from Salem.

“Serving the witch city” is written on the side of the bus the Sandersons get on.

The town “Hocus Pocus” is set in firmly embraces its supernatural legends, exemplified by the lesson about Halloween in the classroom and the preservation of the Sanderson house.

The public transit in town apparently follows this trend, too. The Salem city bus that the Sanderson sisters take has the slogan “Serving the witch city” written on the side of it.

After Max takes his hat off at Allison’s house, it can frequently be seen in his back pocket.

When Max sees Allison and realises that he and Dani are at her house, he takes his hat off and puts it in his back pocket.

The hat is then seen hanging out of this pocket throughout the rest of the movie, including the first time the teens go to the Sanderson house and the scene where Max is on stage at the adult’s party.

There’s a child wearing a Mrs. Potts costume in the background of a scene.

When the witches get off the bus, a few children can be seen trick-or-treating at the houses behind them. There are plenty of kids dressed in generic costumes, but one child is a recognisable Disney character.

A girl dressed up like a teapot walks up to the house behind the Sanderson sisters, and when she comes back toward the street, it’s clear that she is dressed as Mrs. Potts from “Beauty and the Beast.”

The Sanderson sisters were apparently servants of Satan.

Allison tells Dani and Max that the Sanderson sisters’ spellbook was a gift from Satan.

Later in the film, the witches confirm that they knew Satan after mistaking a man in a Halloween costume for the devil himself. During the scene where they talk to the devil-horned man, the sisters refer to him as master, seemingly confirming that they worked for or worship Satan.

The “cop” that Max, Dani, and Allison run into is wearing a Salem witch badge.

Max attempts to tell a man dressed as a cop about accidentally raising the Sanderson witches from the dead, but the man assumes that Max is joking.

The “cop’s” badge has a picture of a witch on a broomstick. This seems like an odd choice for a real police-station logo, but it makes sense when viewers realise that this is just a man in a costume.

While speaking over the school’s announcement system, Max introduces himself as Boris Karloff Jr.

Boris Karloff was an actor during the early- to mid-1900s who was best-known for his work in horror films.

During one scene, viewers can see the title of the spellbook the witches use.

Throughout the movie, more information is revealed about the Sanderson sisters’ spellbook.

Viewers can also see the name of the book, “Manual of Witchcraft and Alchemy,” on its title page.

Different coloured smoke comes out of the book throughout the film.

When Thackery is looking for Emily at the beginning of the movie, he sees a purplish-pink flame coming from the Sanderson house and knows that the witches are working on a spell.

But later, when Max and Allison open the spellbook, orange flames shoot out of his roof.

The children in the town are evidently pretty independent.

The morning after Halloween, when the children are seen walking in the streets in a trance during Sarah Sanderson’s song, they’re all wearing coordinated pajama sets, complete with robes and slippers.

It is the wee hours of the morning, so kids wearing pajamas may just seem like a given.

However, Winifred cursed all the adults at the party to “dance until [they] die,” so most of their parents probably wouldn’t have been around to make the kids change out of their costumes and get ready for bed.

This also seems to explain why some of the children are still wearing parts of their Halloween costumes – like masks and crowns – even though they’re coming from their beds.

When the Sanderson sisters raise Billy from the dead at the cemetery, his mouth is sewn together, but later on in the film, the zombie ends up breaking the stitches on his lips so he can speak.

When he does this, realistic-looking moths fly out of his mouth right away.

According to an interview with the film’s special-effects makeup artist, they were real moths that were kept in a pocket in actor Doug Jones’ mouth in between takes.

When Winnie picks up Dani before attempting to add her to the potion, she calls her a “little trollimog.”

The phrase isn’t very common and offers surprisingly few definitive results online, but it may be an old English dialect word meaning “dirty, slovenly female” – which seems to be an incredibly insulting thing to call anyone, let alone a child in a Disney film. 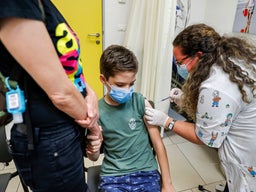 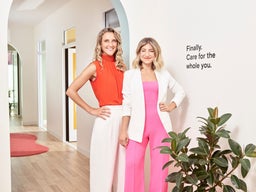