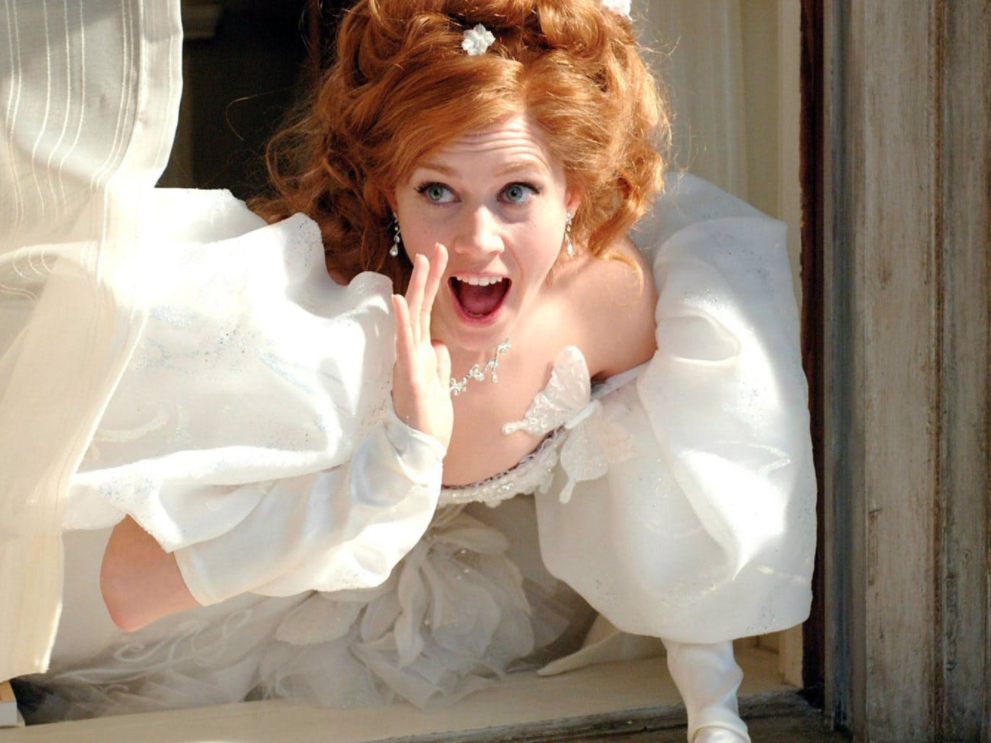 Read on for some fun facts you probably didn’t know about “Enchanted.” 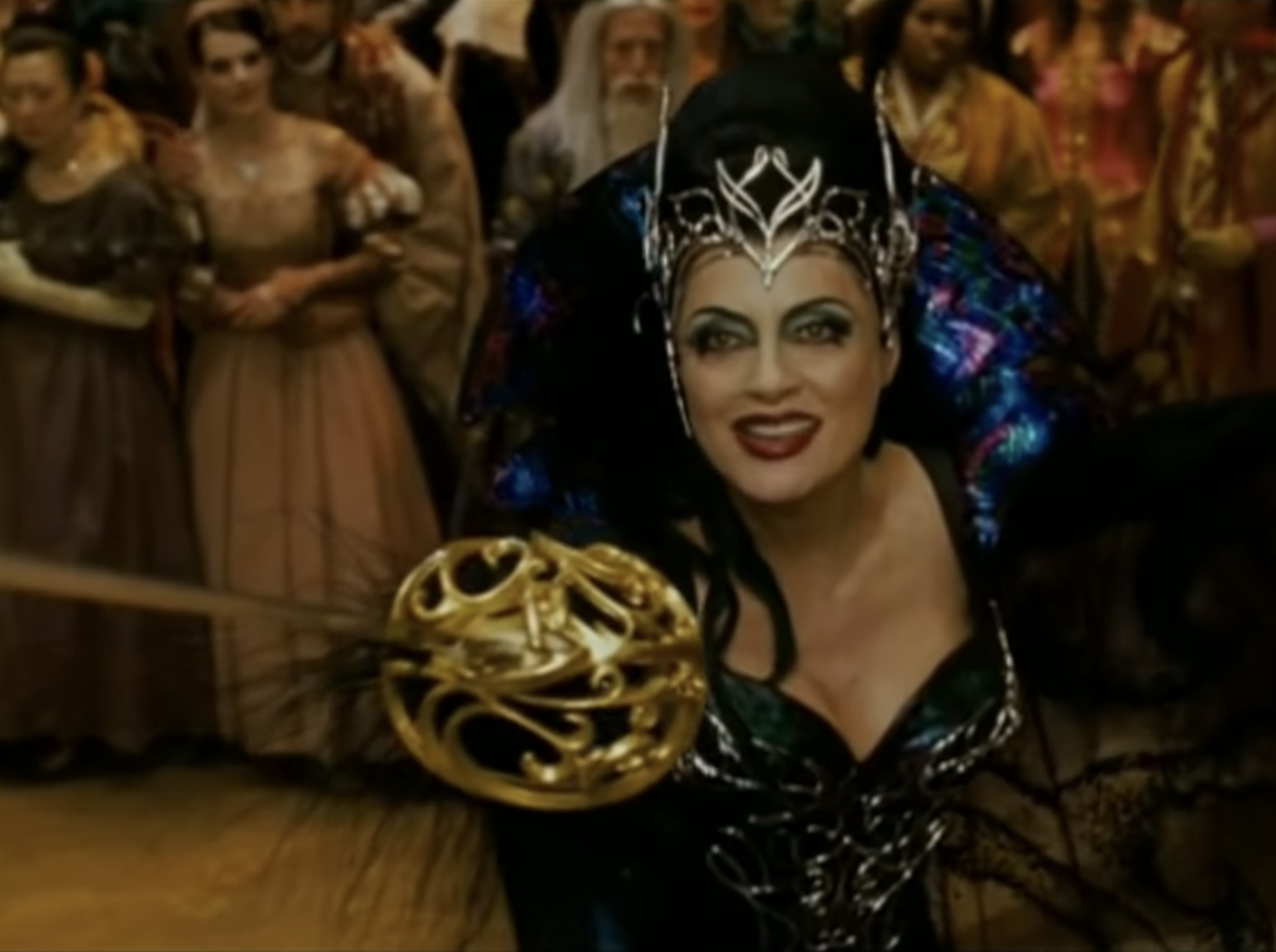 “Enchanted” is rated PG, but when screenwriter Bill Kelly sold an initial draft of the script to Disney back in September 1997, it was more like an R-rated film.

“It was strange. Giselle still came into the world as a Disney princess come to life, but she hooked up with strippers who were going to a bachelor party,” director Kevin Lima told Den of Geek in 2017. “Then she wouldn’t strip, so the guys were getting angry. It had that kind of darker tone, because I think they were afraid of the material.”

According to the director, making the film was a long “battle.” 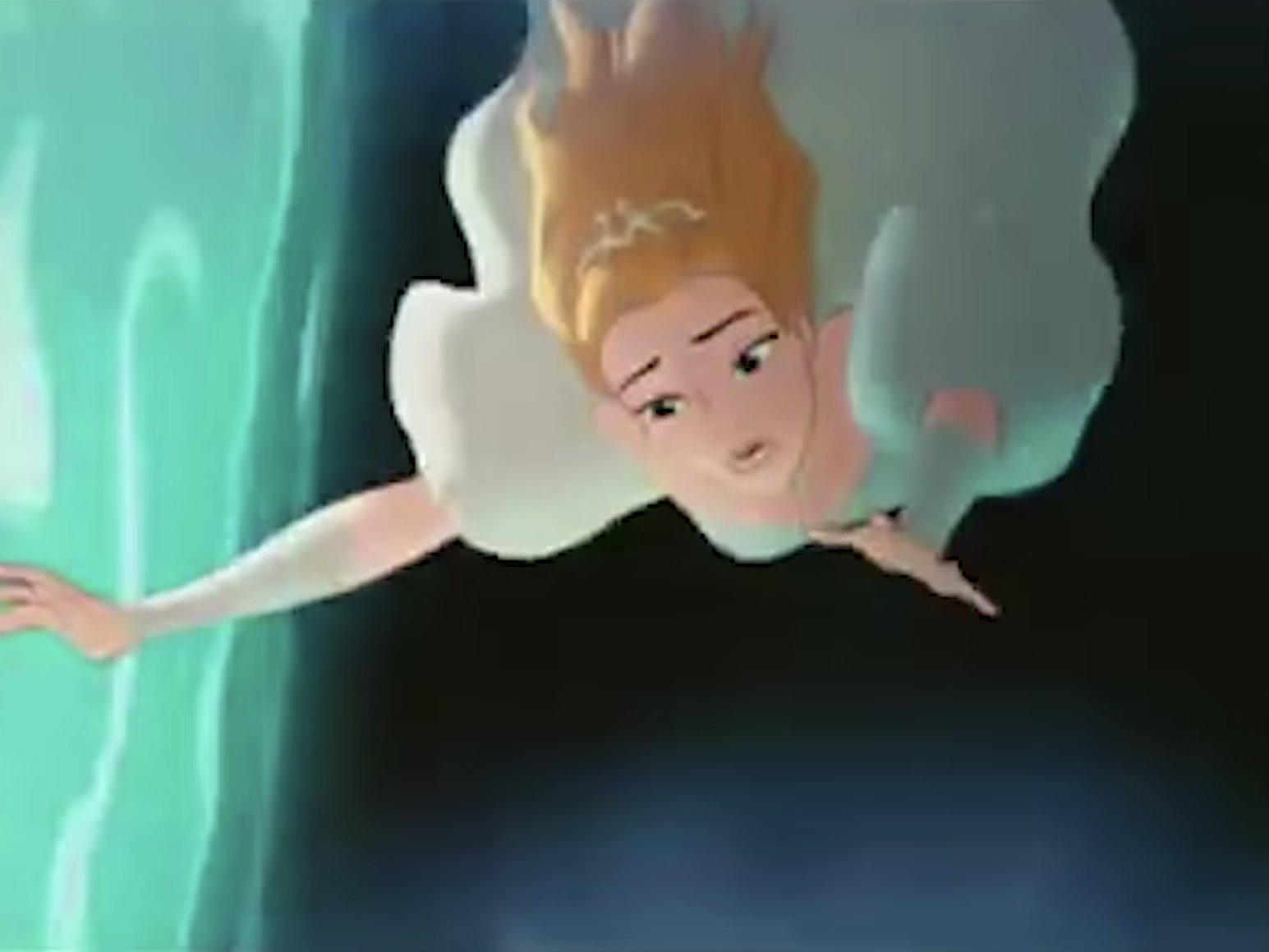 DisneyParts of ‘Enchanted’ are animated.

When Lima joined the production of the film, Disney had already been working on it for nine years, and the director said the process was a “battle.”

“I think there was this feeling that in order to succeed in the current marketplace, there had to be this level of cynicism,” he told Den of Geek in 2017. “It had to perform as ‘Shrek’ performed in order to connect.”

There are tons of Disney Easter eggs hidden throughout the movie. 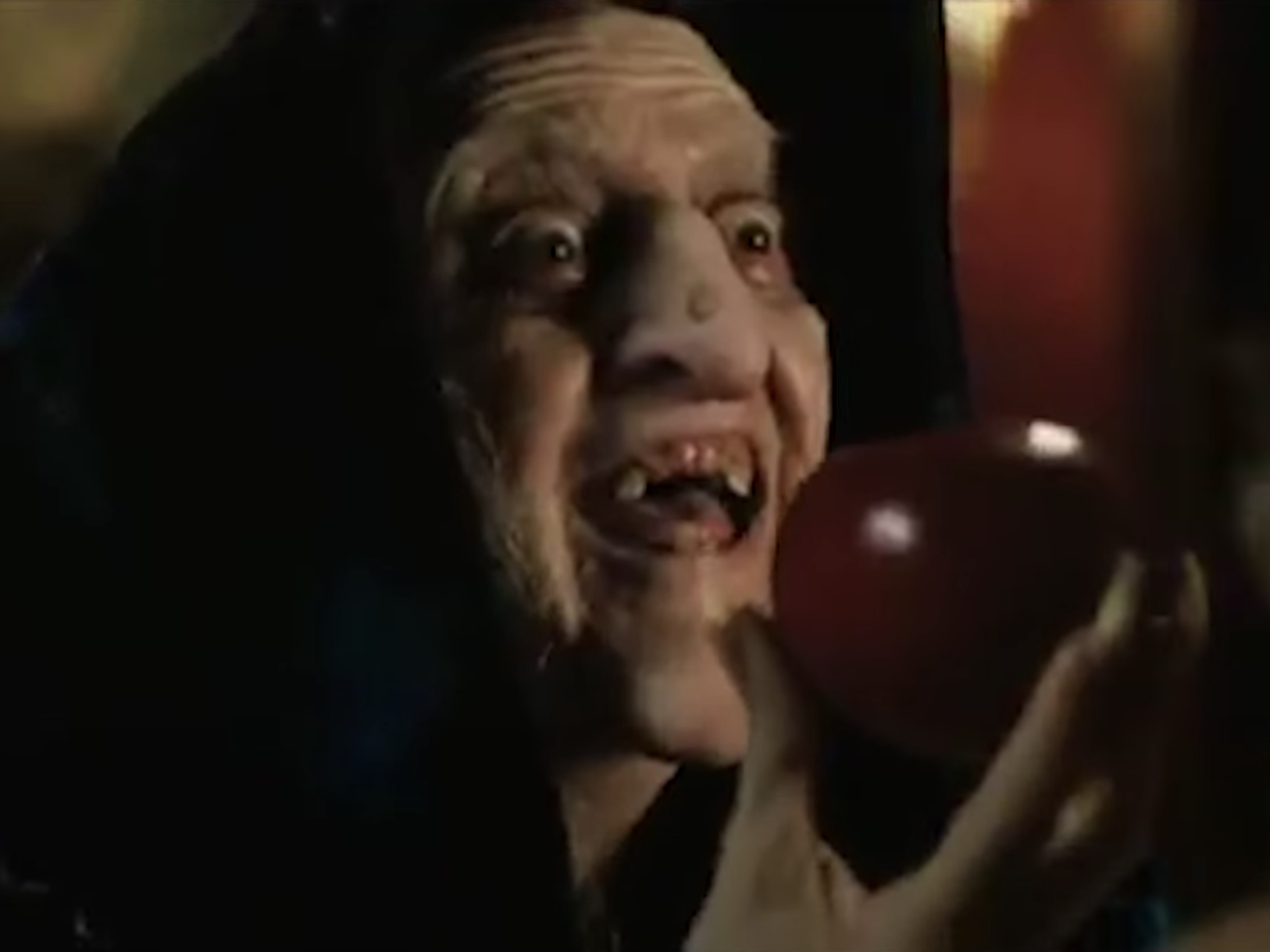 You don’t have to watch “Enchanted” closely to see that there are many references to other Disney films throughout it.

Some things that probably brought Disney films to mind include the storybook opening, the poison-apple scene, and the villain turning into a dragon.

Dempsey told Crosswalk.com in 2007, “It’s a love letter to all things Disney, and I think the fact that Disney makes fun of itself is great to see.”

Adams almost didn’t get the role of Giselle because she wasn’t a big star yet. 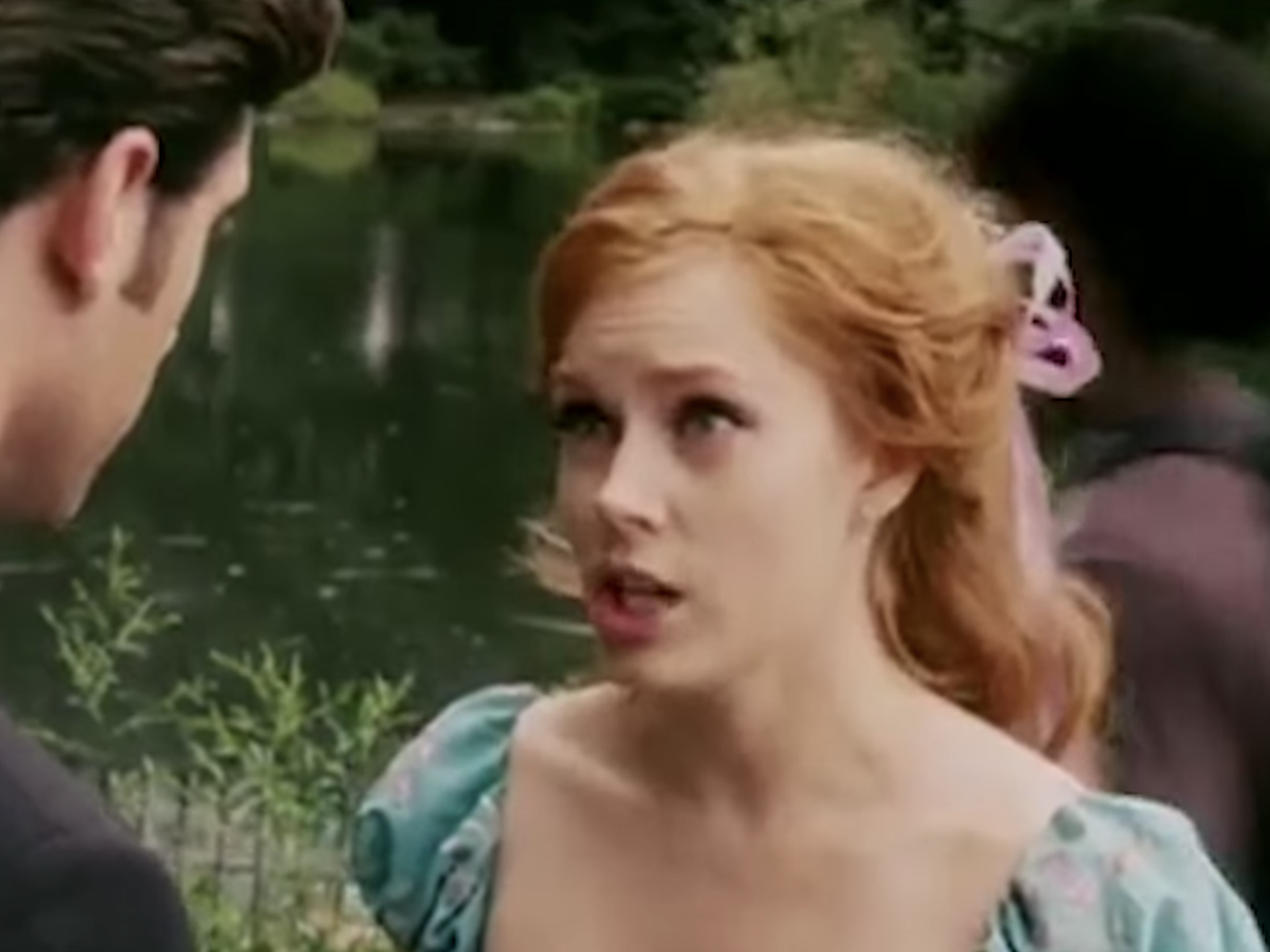 Adams might be a huge star now, but back in 2006, her career was just taking off.

Despite the fact that Adams seemed perfect for the role of Giselle, Lima told Den of Geek in 2017 that studio executives were nervous about hiring her because she wasn’t a big enough name.

“They thought the only way to make a movie successful was to hire a star,” he added. “I said wait a minute, we have a chance to introduce a star into the world, in the same way that ‘Mary Poppins’ introduced Julie Andrews. And they were nervous about that.”

But Lima knew right away that Adams was perfect for the part and he was prepared to negotiate. 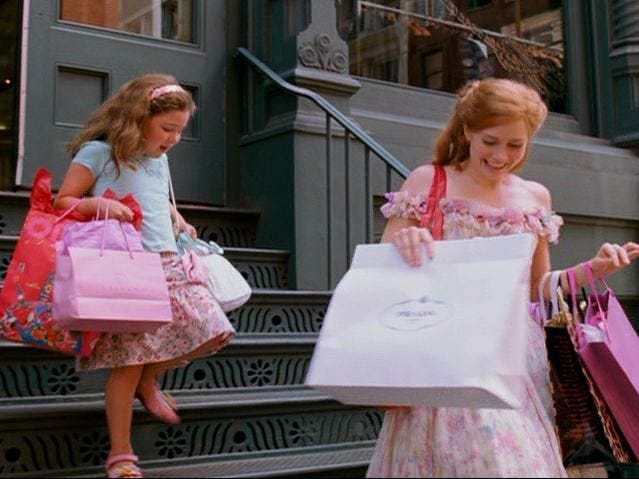 The studio execs may have been hesitant, but Lima wasn’t. He told The Hollywood Reporter in 2007 that he knew she was right for the role because he thought she looked like a Disney character.

Lima had auditioned at around 250 women before Adams read for the role.

“I had a 103 temperature that day and was really sick. I was doing 15-minute auditions. She walked in and for 45 minutes I forgot that I was ill,” he said. “… I had made a deal of sorts with Disney that I would hire some stars in other roles if they would allow me to cast Giselle as an unknown.”

Giselle came out into the real world in Times Square for a specific reason.

DisneyPart of the movie is set in New York City.

When Giselle is banished to the real world, she enters through a manhole in the middle of Times Square in New York City for a reason.

“It’s the complete opposite of anything Giselle would have confronted in Andalasia,” Lima told Pop Gurls in 2007. “I was also looking to do a scene that was similar to the ‘haunted forest’ in ‘Snow White’ and thought that Times Square reflected the emotion of that sequence pretty well.”

The musical number in Central Park was the hardest scene to shoot. DisneyGiselle sings ‘That’s How You Know’ in the middle of Central Park.

During the film, there’s a huge musical number that takes place in Central Park where Giselle sings “That’s How You Know.” The finished product is entertaining and exciting, but shooting it took 17 days, 300 extras, and 150 dancers.

Lima told The Hollywood Reporter in 2007, “It was gigantic. We shot it all through Central Park and we had to move through the park like this military operation.”

Dempsey took the role because he wanted to do something more “positive.” 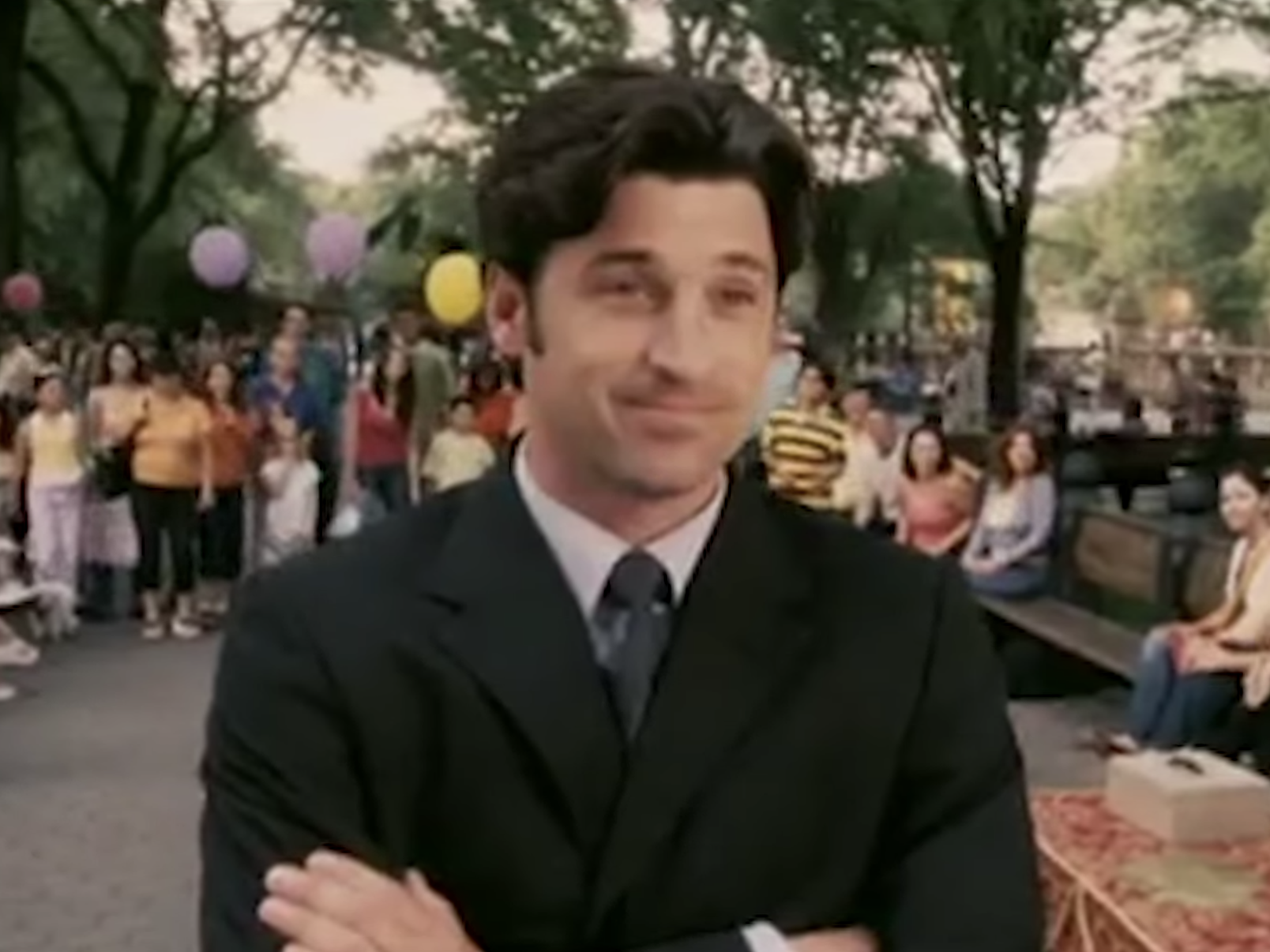 When the film was made, Dempsey was playing Derek Shepherd on ABC’s medical drama “Grey’s Anatomy.”

He told Crosswalk in 2007 that he took the role of Robert because he “wanted to do something that was non-violent – that was positive yet unusual.”

He added, “It’s hard to find original stories, and certainly stories that are positive, in a world that’s not so positive. It’s something that I could take my daughter to go see, a family movie.”

Dempsey found it challenging to play the straight-laced character in such a bold and colourful film. 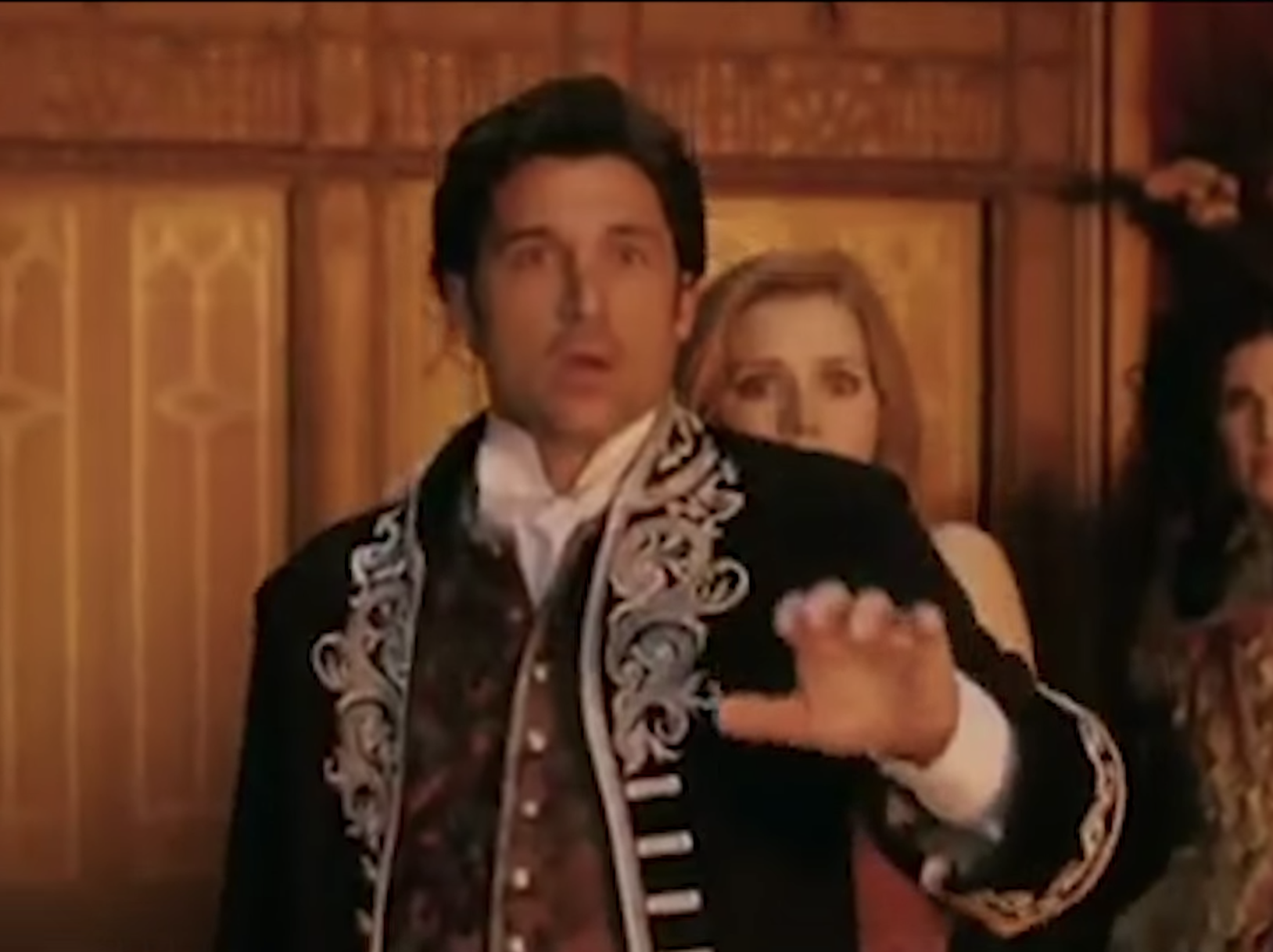 Dempsey said he found his role in “Enchanted” to be a “real challenge” and he never felt 100% comfortable playing Robert.

“From day one, I was thrown off. How do you make this believable? How do you react to it honestly?,” he told Crosswalk. “I would go home and be completely depressed because, ‘Am I making this movie work?’ I was like, ‘Please just get me back to ‘Grey’s Anatomy’ and let me fight with Meredith.'”

Three actresses who voiced Disney princesses made cameos in “Enchanted.” 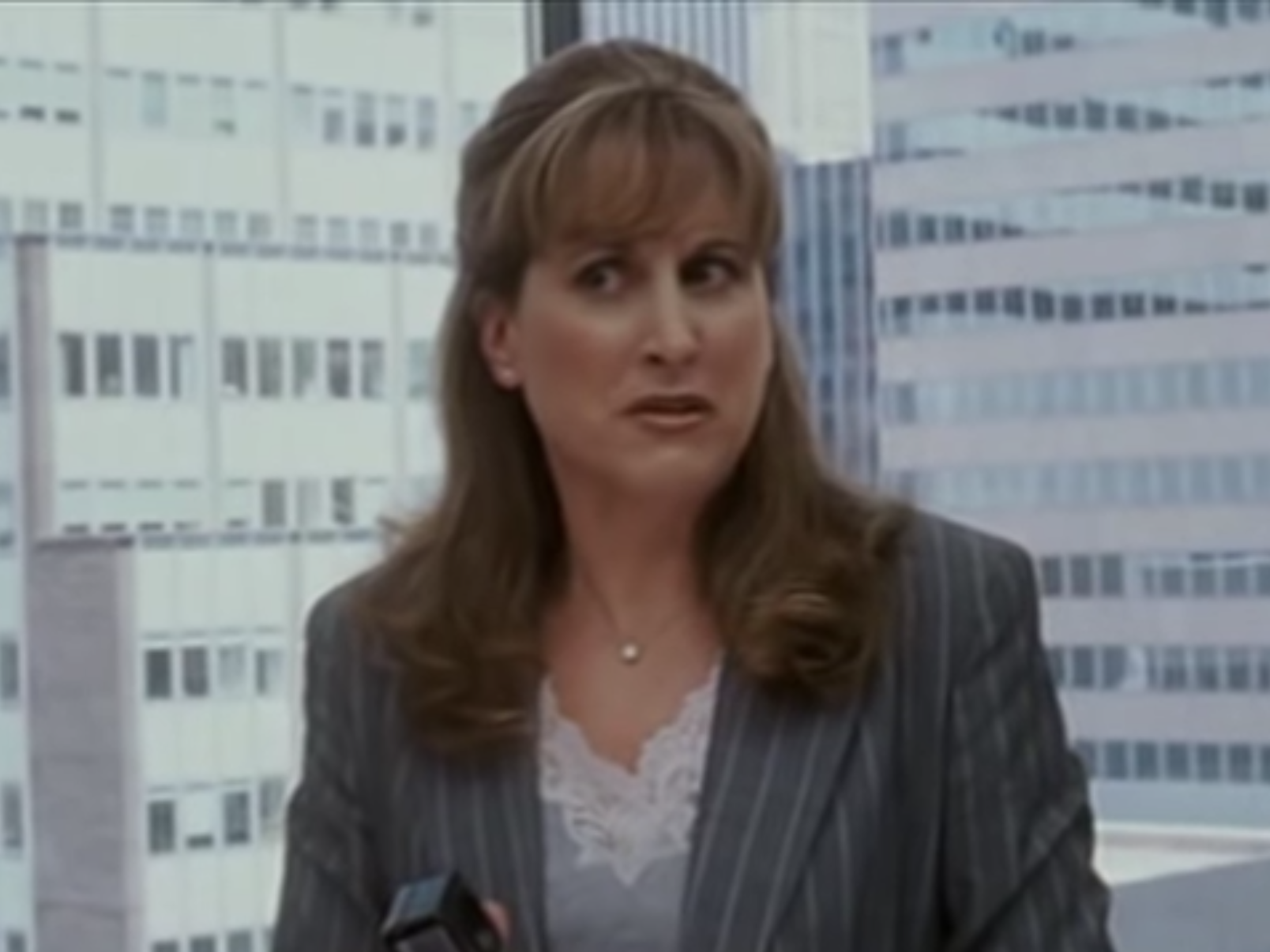 A few former Disney princess made their way into “Enchanted.”

Paige O’Hara, who voiced Belle in “Beauty and the Beast” played a soap-opera actress who appeared briefly on a TV.

Judy Kuhn, who was the singing voice of Pocahontas, was Robert’s pregnant neighbour. And Jodi Benson, who voiced Ariel in “The Little Mermaid,” played Robert’s assistant, Sam. 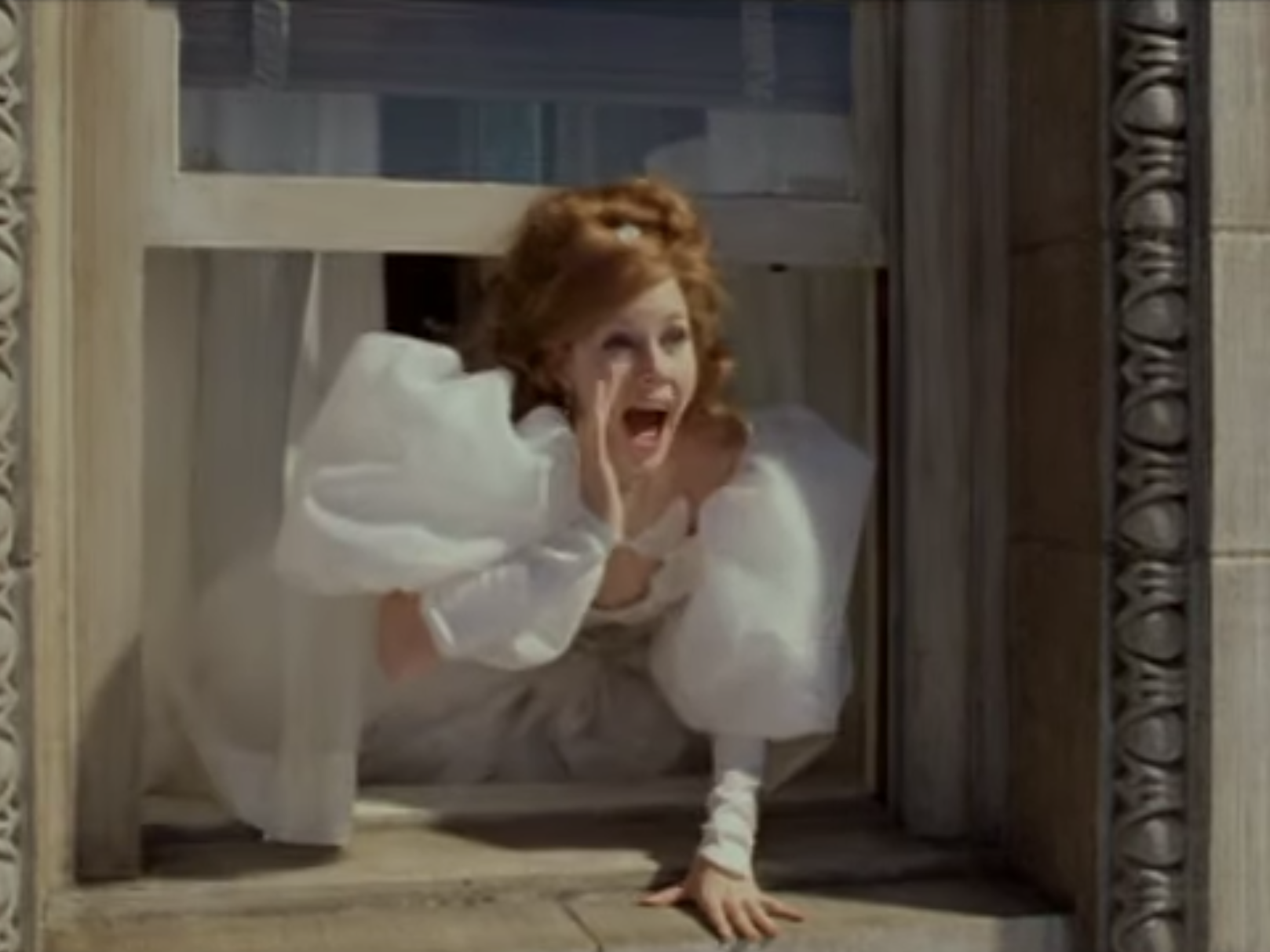 Adams was determined to sing Giselle’s songs in the film.

According to Entertainment Weekly, the actress took “intensive” voice lessons to nail the two big musical numbers because she didn’t want Lima to hire a professional singer to dub the songs.

James Marsden actually got hit by a bike for a scene. 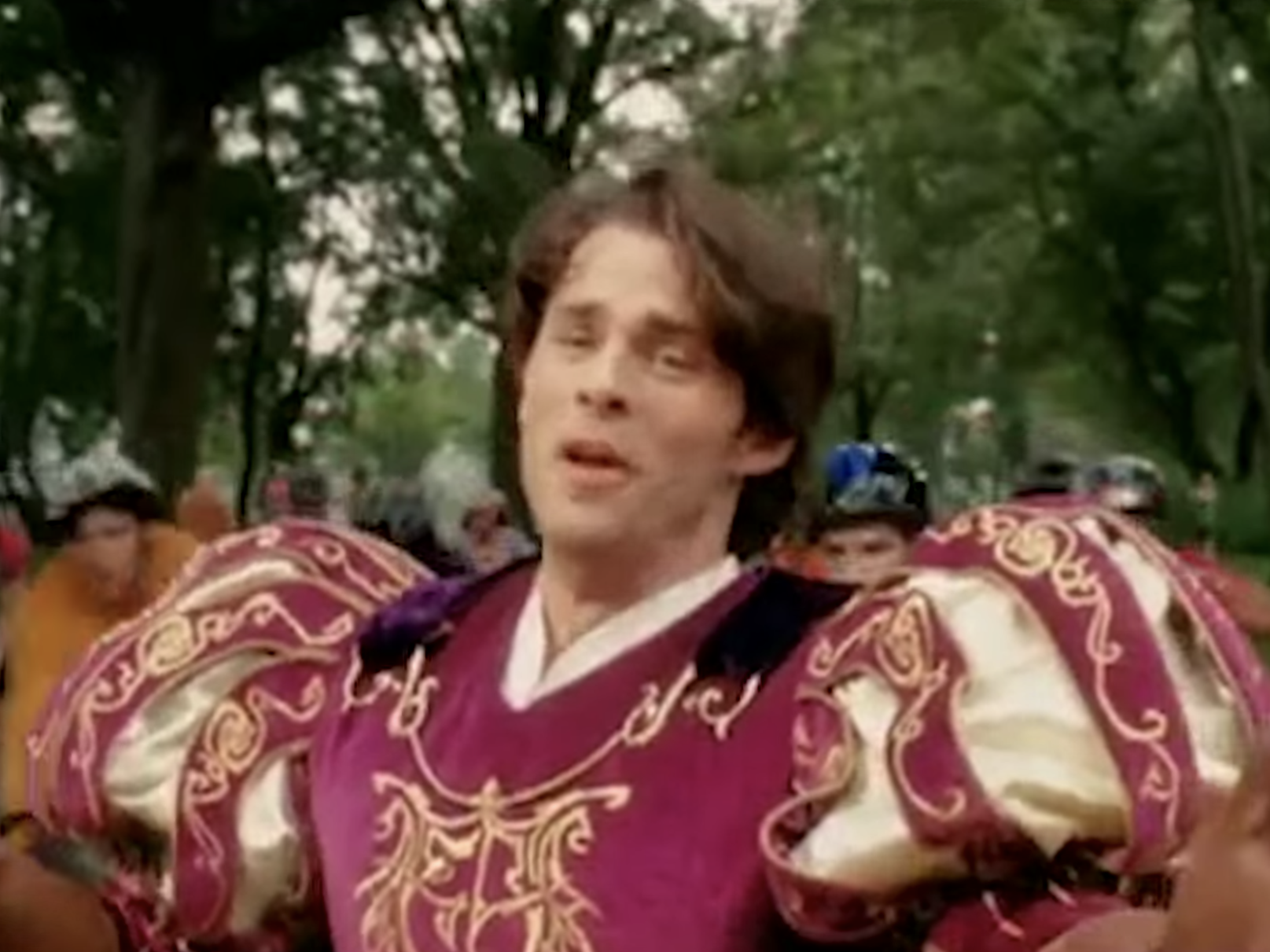 In a memorable scene, James Marsden, who played Prince Edward, gets run over by a pack of cyclists in Central Park.

Marsden told Collider in 2007 that in order for the scene to work, he really had to get hit by a bike.

“I said, ‘just take me out,'” he told the publication. “… So he knocked the hell out of me but it’s funnier. My voice squeaks and he just knocks me down but there was a pad in front of me and, actually, the prince’s suit is pretty padded, built-in air bags.” 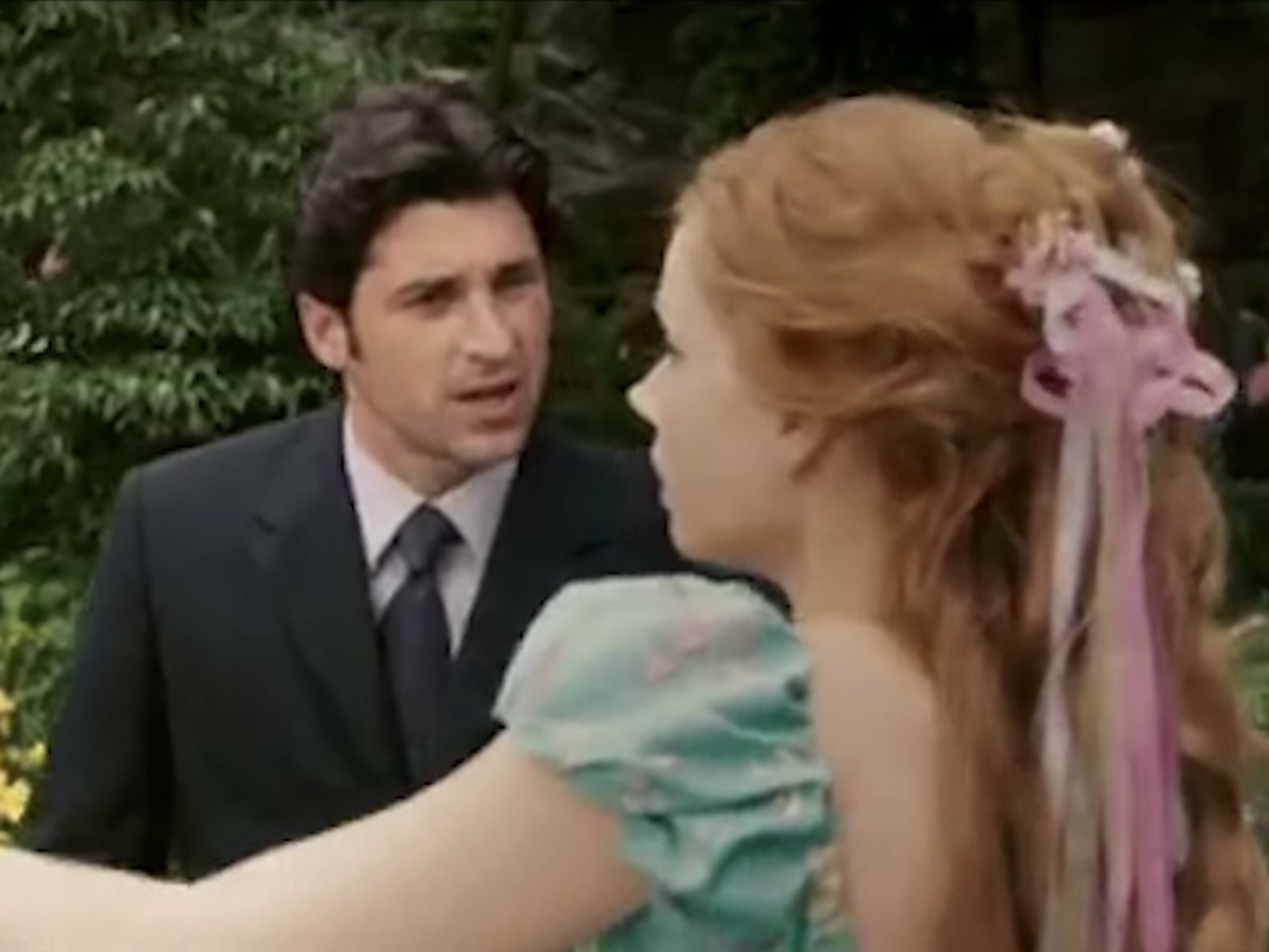 DisneyPatrick Dempsey was still starring on ‘Grey’s Anatomy’ at the time.

“He can’t go anywhere in public without his fans just going crazy,” the director said. “There were a multitude of times where we had to ask them, ‘Please, please be quiet. We’re trying to shoot a movie here’ because they were yelling, ‘We love you, Dr. McDreamy’ the whole time.”

He added that Dempsey was “really great about it,” saying he would talk to them and give them some attention during his breaks.

Adams said that her princess dress was really uncomfortable because it was so heavy. 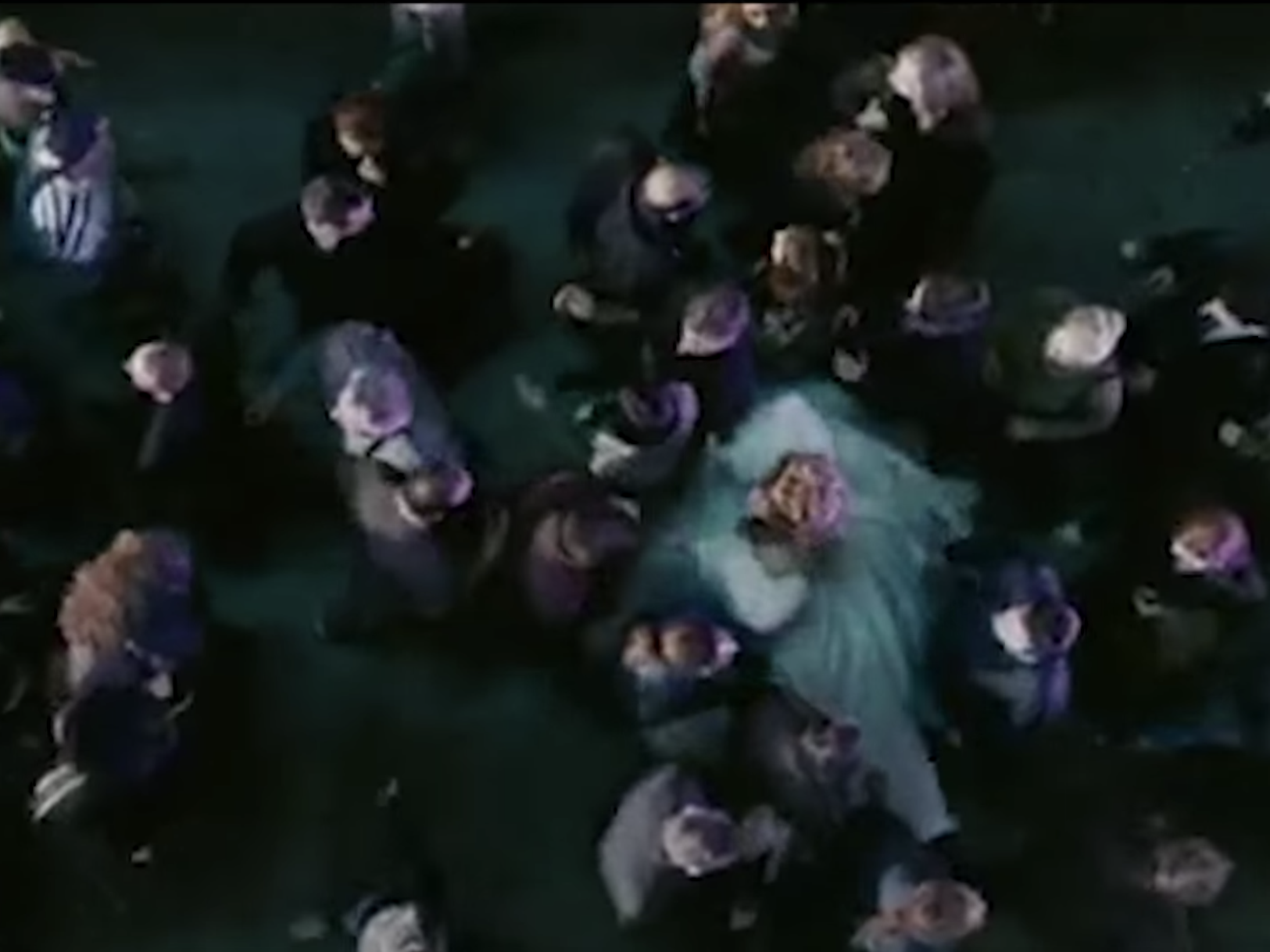 Giselle’s giant princess dress was beautiful, but Adams didn’t love wearing it. She told Cinema.com that it weighed 45 pounds and “had a mind of its own.”

“I couldn’t move directly forwards or backwards because if I did, the dress would collapse underneath me,” she told the publication. “Either way I went down and I learned the hard way the first night.”

She also told Entertainment Weekly in 2007 that it took her about 15 minutes to get into the dress because it was so enormous and heavy.

The scene at the pizza place was supposed to be much longer. 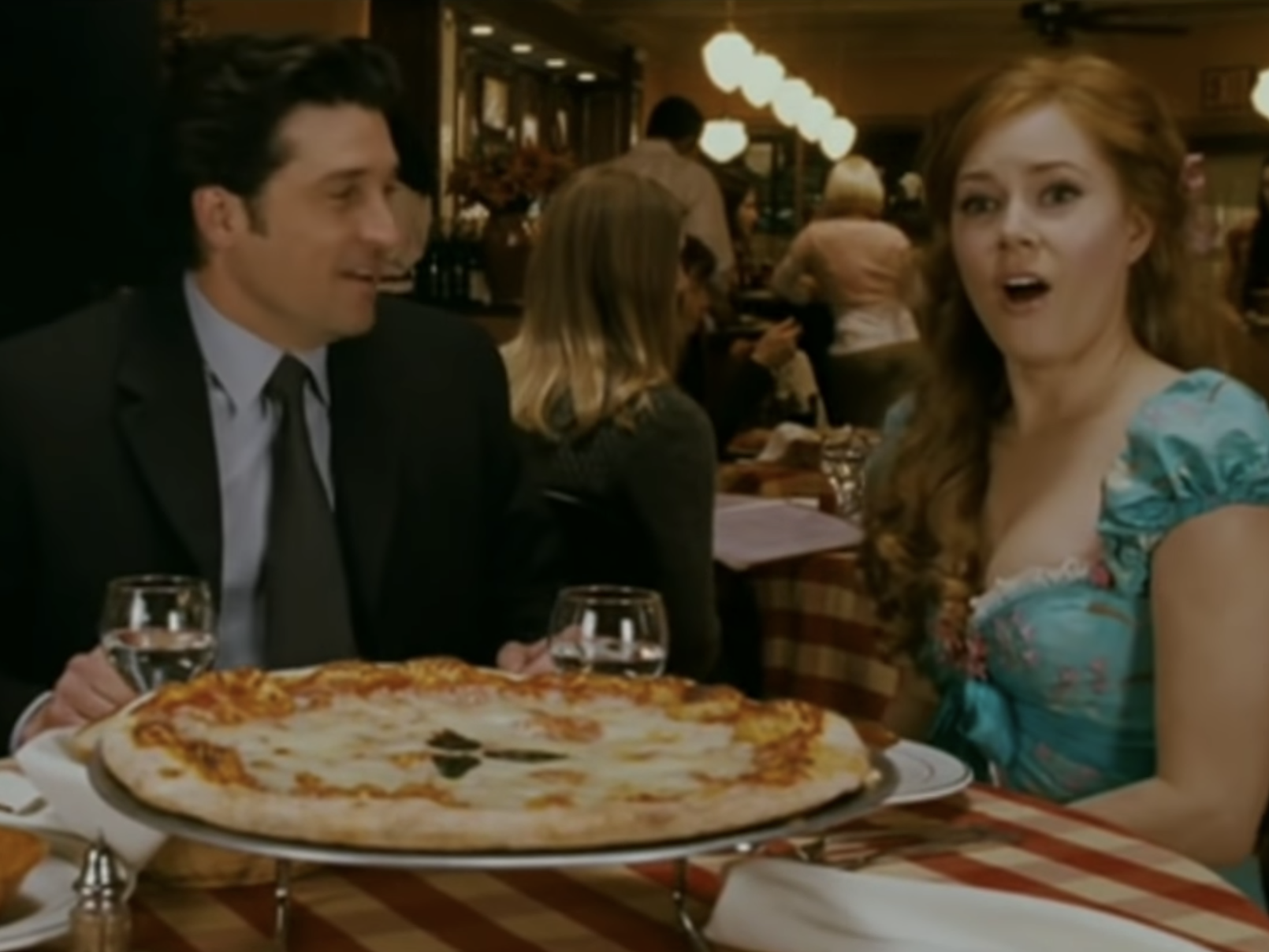 At one point in the film, Giselle and Robert eat at an Italian restaurant named Bella Notte – like “Lady and the Tramp.”

Lima told Pop Gurls in 2007 that the scene was almost a lot longer, and a lot more dramatic.

“The struggle between Pip and Nathaniel caused the restaurant to catch on fire, which in turn brought the fire department and news vans,” he said of the original plan. “It would have been great fun and given the second act a much needed comic lift, but the budget and schedule forced us to reconceive the scene.”

For Adams, the dragon scene was one of the hardest to film. 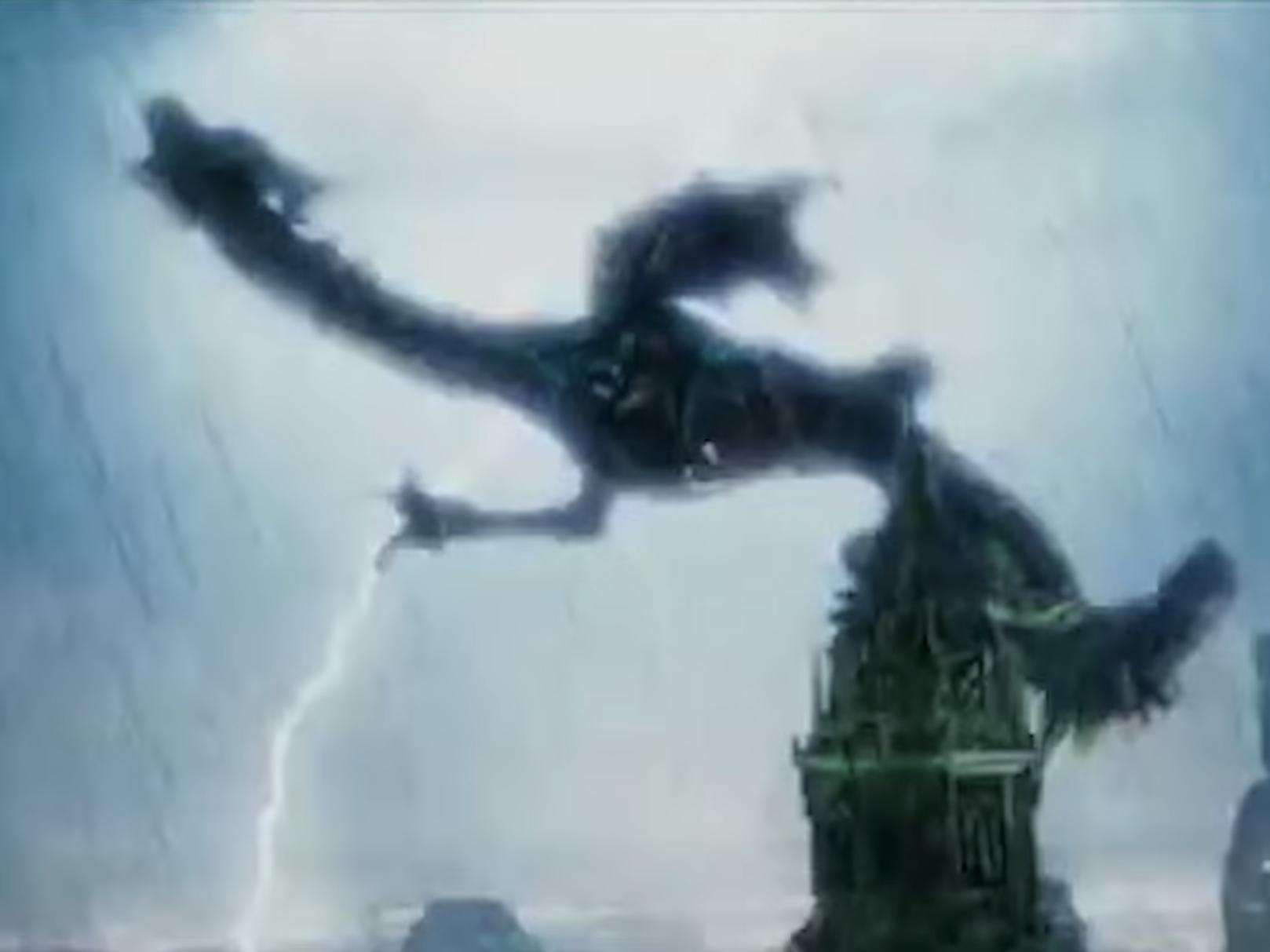 DisneyAmy Adams said it was hard to film the dramatic scenes on the roof.

Adams told Collider in 2007 that the sequences with the dragon were difficult for her to film.

“I spent a lot of time wet in the rain in a harness hanging off the sword trying to climb,” she told the publication. “I did not look very graceful, so that was somewhat gruelling, but it was fun and challenging.”

There’s a reason why Giselle doesn’t stay with Edward in the end. 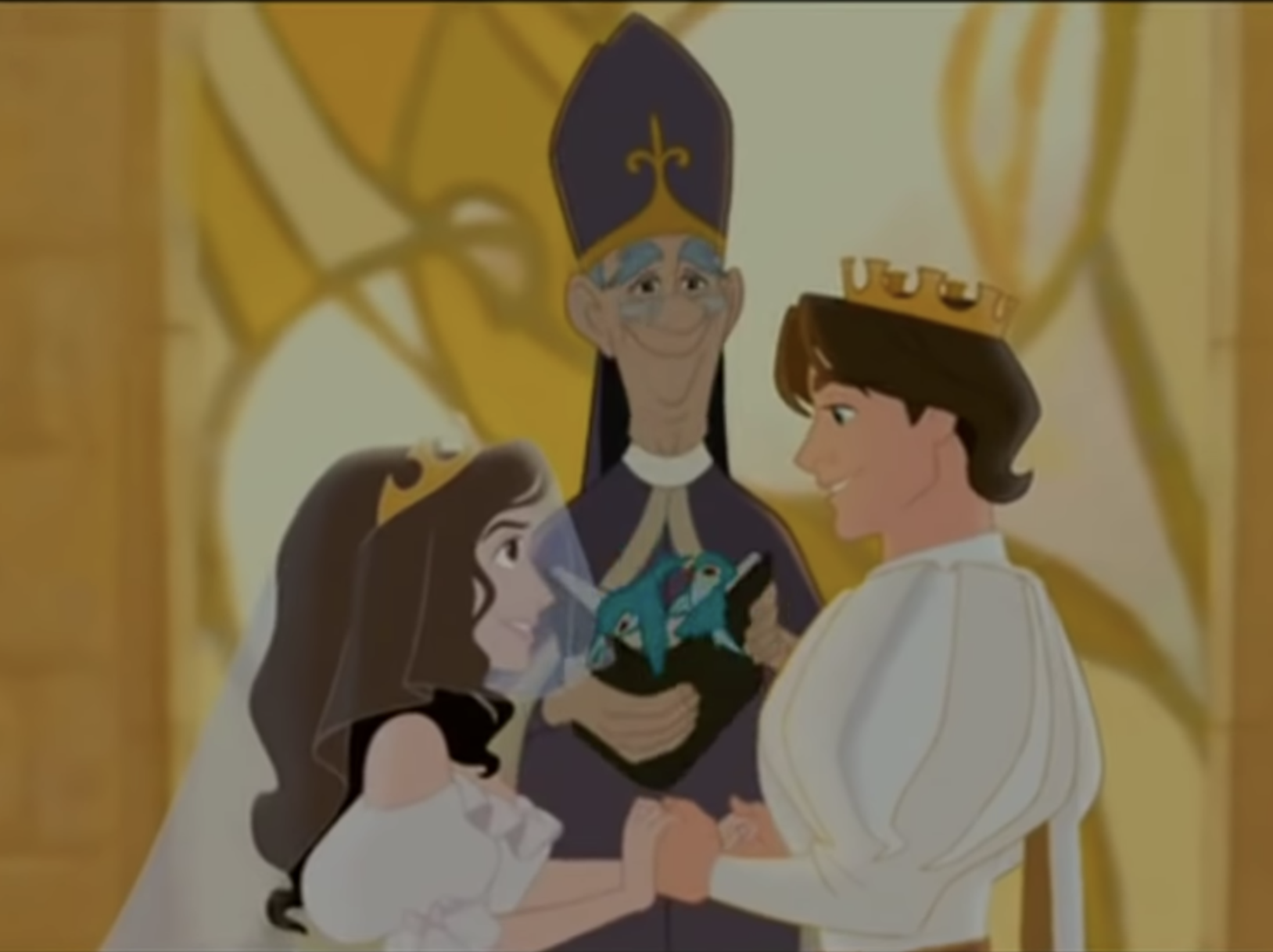 DisneyNancy and Edward end up together instead.

After watching the film, many viewers didn’t understand why Giselle opted to be with Robert instead of staying with her dream prince.

In 2017, Lima told Entertainment Weekly that Giselle couldn’t stay with Edward “because it is about a woman who grows past the small world where she came from and becomes a more fully formed person.”

He added that Giselle had to “grow and evolve,” which meant moving on from Edward and choosing Robert.

Adams and Dempsey took dance classes together for their big ballroom scene. 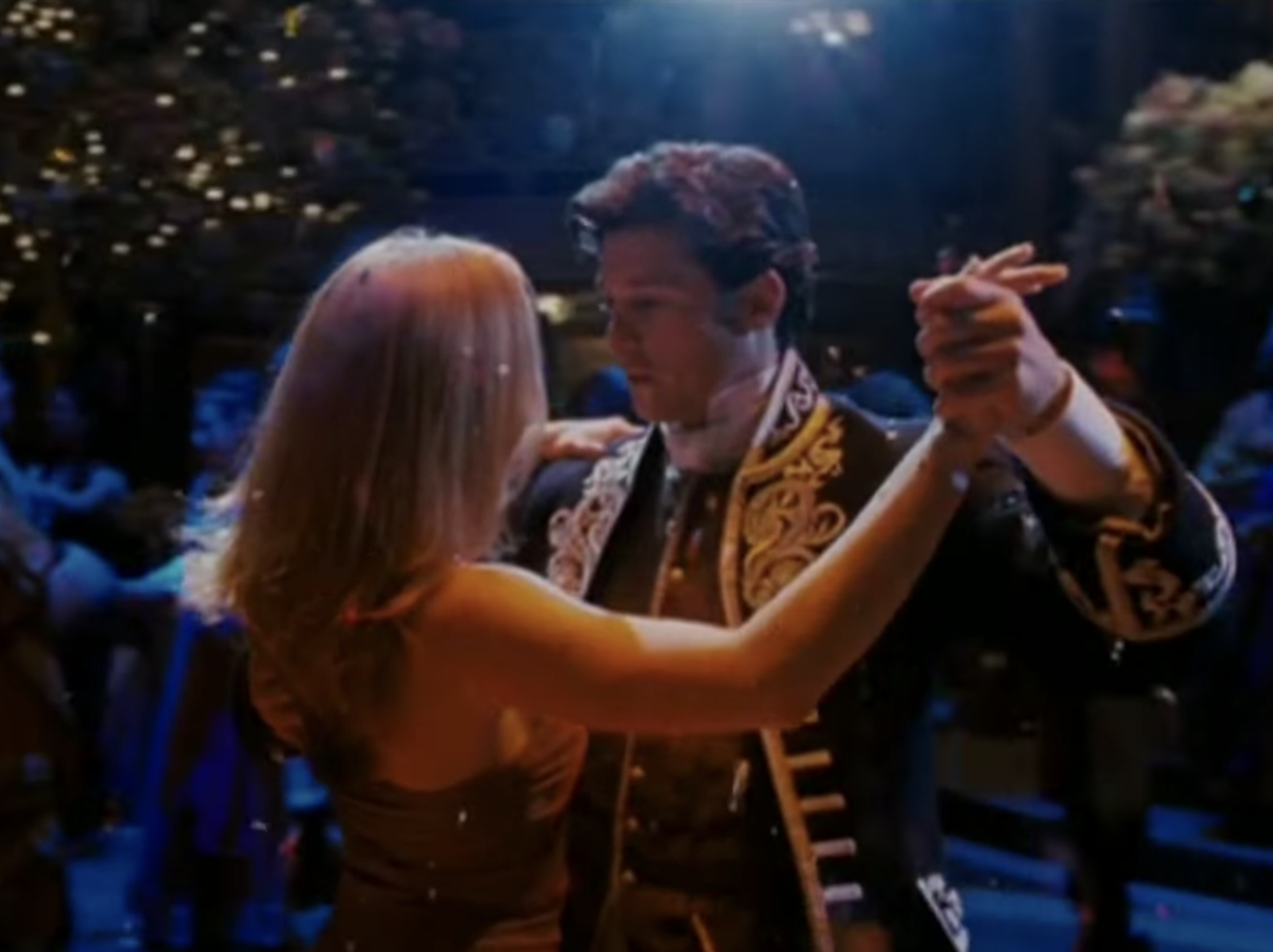 DisneyThe stars took dance lessons for the big scene at the ball.

The two main characters made their dancing look effortless, but a lot of work went into it.

Adams told Cinema.com that they took dance classes together before shooting.

“I was already a dancer, so I thought I knew what I was doing, and I was not willing to let him lead me,” she said. “I was stubborn, I said ‘no you just do what you need to do’ but it did not work out as I had imagined and I lost a couple of toe nails.”

She went on to say that the prep work for the scene helped her to trust Dempsey completely on set.

Julie Andrews was the voice of the narrator. 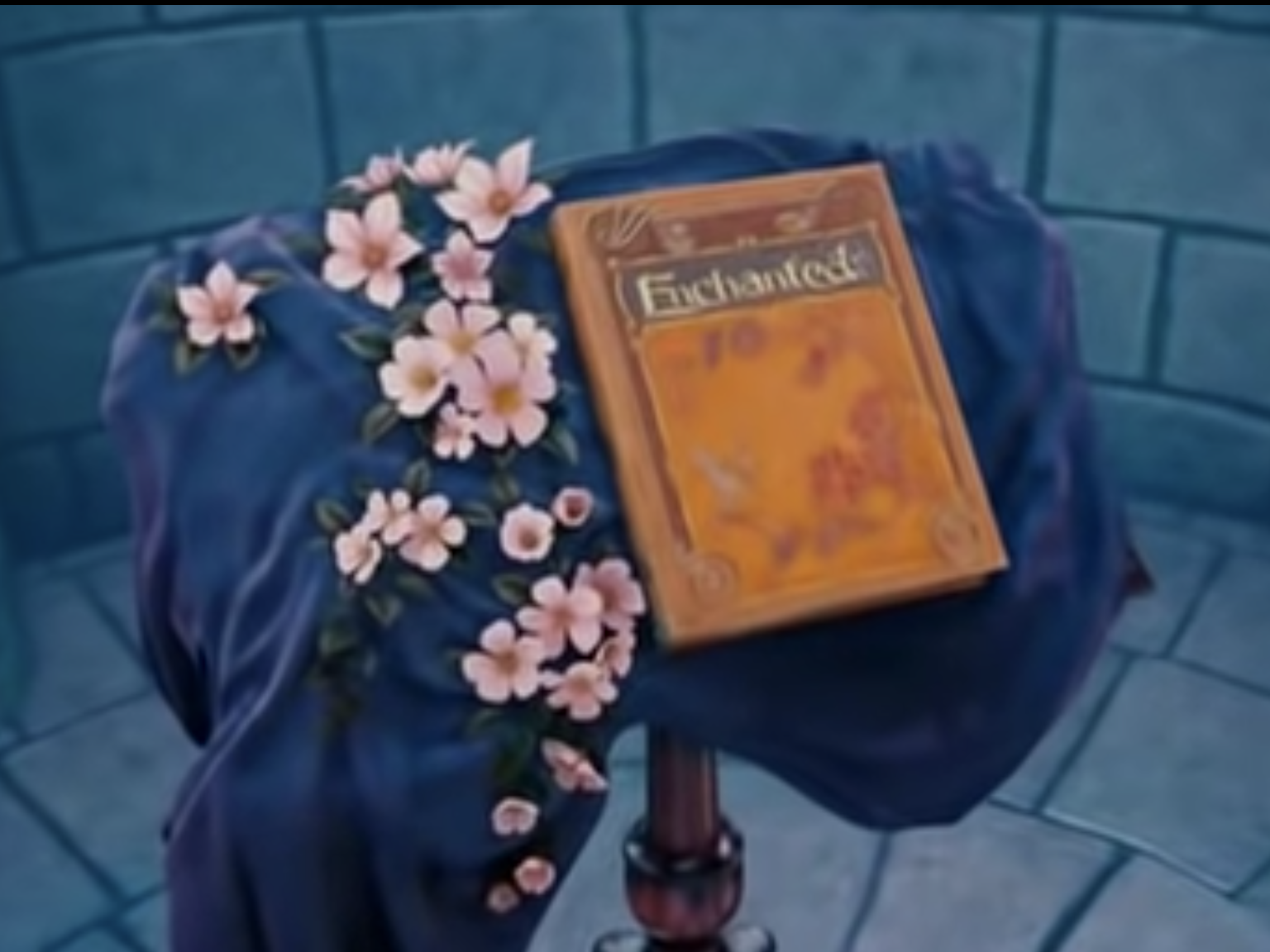 The legendary actress, behind iconic Disney characters like Mary Poppins and Queen Clarisse Renaldi, lent her voice as the narrator in “Enchanted.”

After many years, there seems to be a sequel in the works. 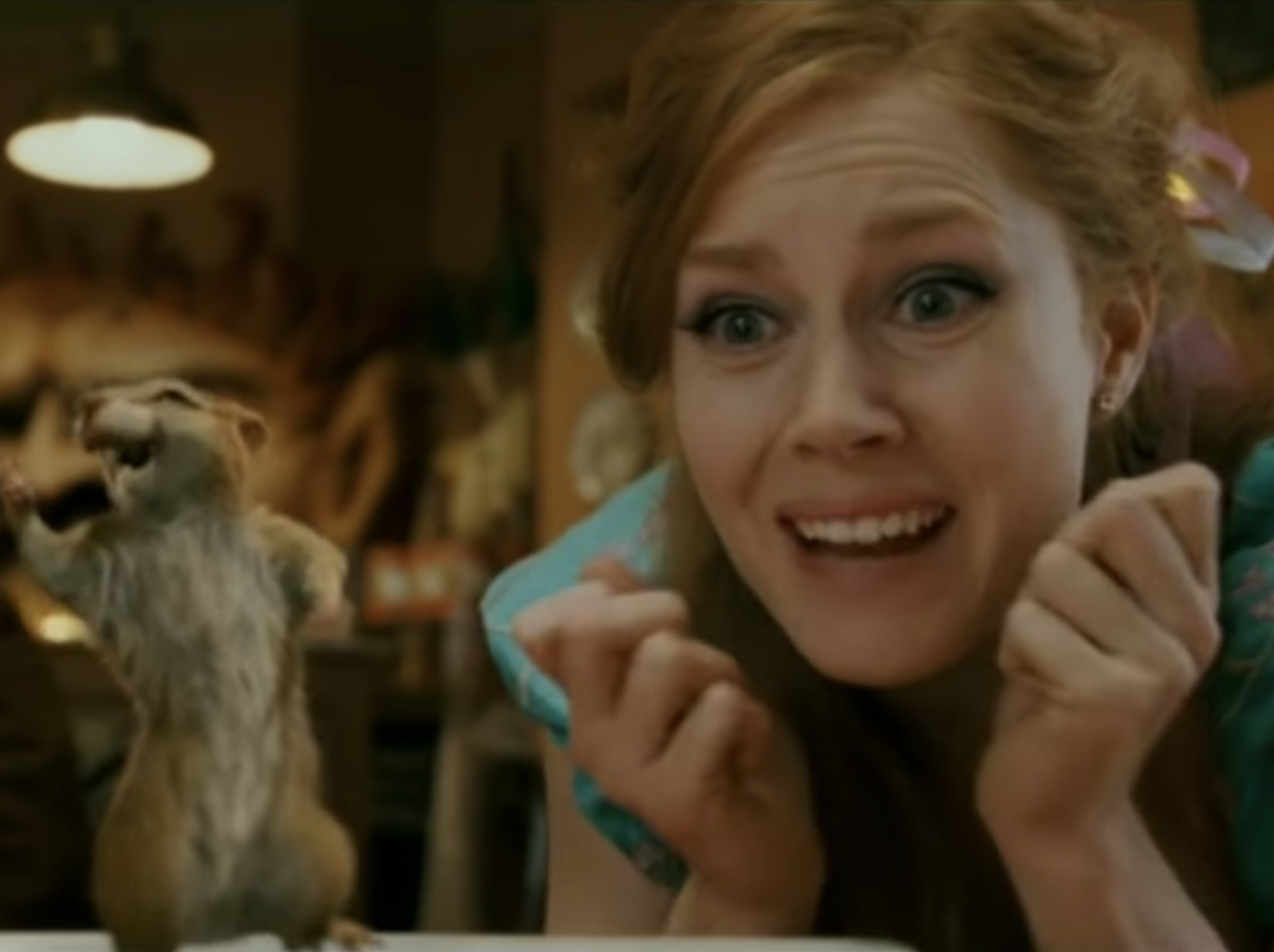 Disney‘Disenchanted’ is reportedly in production.

There have been rumours of an “Enchanted” sequel since the first film came out in 2007, and in March, one was finally confirmed.

Director Adam Shankman shared the news about the project, which is currently called “Disenchanted,” on Instagram. According to IMDb, this film is meant to be set 10 years after the events of “Enchanted.”

Part of the caption read, “My only hope is to honour those who came before me and build something new and exciting, as I desperately try to not let down the fans and enchant the new initiates.”