Facebook's TikTok clone, Instagram Reels, launches today in the US as TikTok's future hangs in the balance 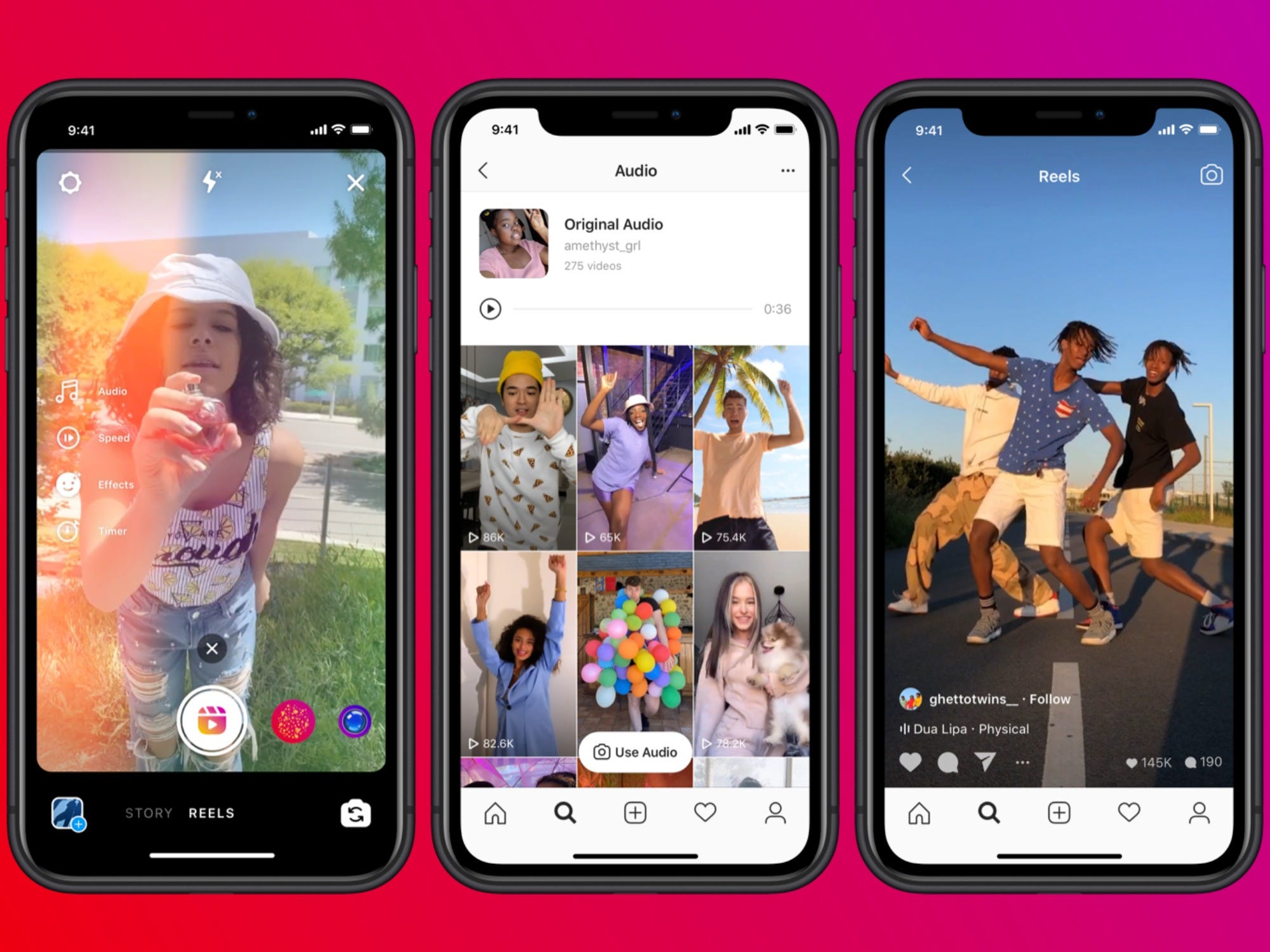 Instagram Reels is launching Wednesday in the US to provide users with another way to share content with their followers – in the shape of super-short, spliced-together, soundtrack-based videos. The launch comes just as TikTok’s loyal fanbase is engulfed in a panic about a potential nationwide ban.

Like TikTok, Reels allows users to record short-form videos and edit them with a plethora of effects, as well as add in audio and music soundtracks. Reels’ launch Wednesday also includes a rollout to users in the United Kingdom, Australia, and more that 50 other countries.

Facebook first started testing Reels with users in Brazil in November, and has since rolled in in recent months to France, Germany, and India.

The similarities between Reels and TikTok are stark, and it’s no secret Facebook is looking to target TikTok fans with the new feature. But Instagram’s head of product, Vishal Shah, told reporters in a recent call that the timing of Reels’ release is “coincidental,” and that the company has been working on the new feature for a long time.

“[TikTok] certainly didn’t invent short form video, but they innovated it,” Shah told reporters. “We’ve been clear that formats in the past were inspired by other companies…I believe that consumers having choice results in better products.”

Shah says that Reels will differ from TikTok in giving users a more built-out augmented reality platform, as well as offering them a way to make short-form videos inside Instagram, a place they already love and know how to use.

Both Instagram and TikTok have been relatively mum about breaking down their user numbers, but both have massive followings. TikTok has more than 2.3 billion global downloads, and recently said its US userbase surpasses 100 million users. Meanwhile, Instagram has more than 1 billion global users, and estimates put the platform’s US userbase at between 100 million and 150 million.

Facebook may also hope it has an upper hand over TikTok due to its American roots. When CEO Mark Zuckerberg appeared in front of Congress last week over antitrust concerns, he painted Facebook as a story of homegrown American success, whose future is threatened by authoritarian China – where TikTok’s parent company, ByteDance, is located.

The debut of Instagram’s Reels in the US comes as fears spike over TikTok’s future in US, as President Donald Trump and his administration are threatening to ban TikTok nationwide. Although the path to a ban is not clear, TikTok’s US users are already panicking and looking for alternatives to the platform in preparation. ByteDance has been looking to sell TikTok’s US operations to an American company in an attempt to salvage its presence, and Microsoft has emerged as a potential buyer.

With the threat of a ban, Facebook isn’t the only platform to try to offer a TikTok alternative. Several tech companies have apps similar to TikTok – including Triller, Byte, and Dubsmash – but no platform has yet to successfully rival TikTok’s viral reach.

Since coming to the US in 2018, TikTok has grown into a social media powerhouse and established itself as a staple of internet culture and social interaction for Generation Z. It has outperformed US-based apps with younger audiences such as Snapchat and Instagram in both new downloads and time spent.