When your pet is a celebrity, your grief is put in the spotlight — and so is what you plan to do next 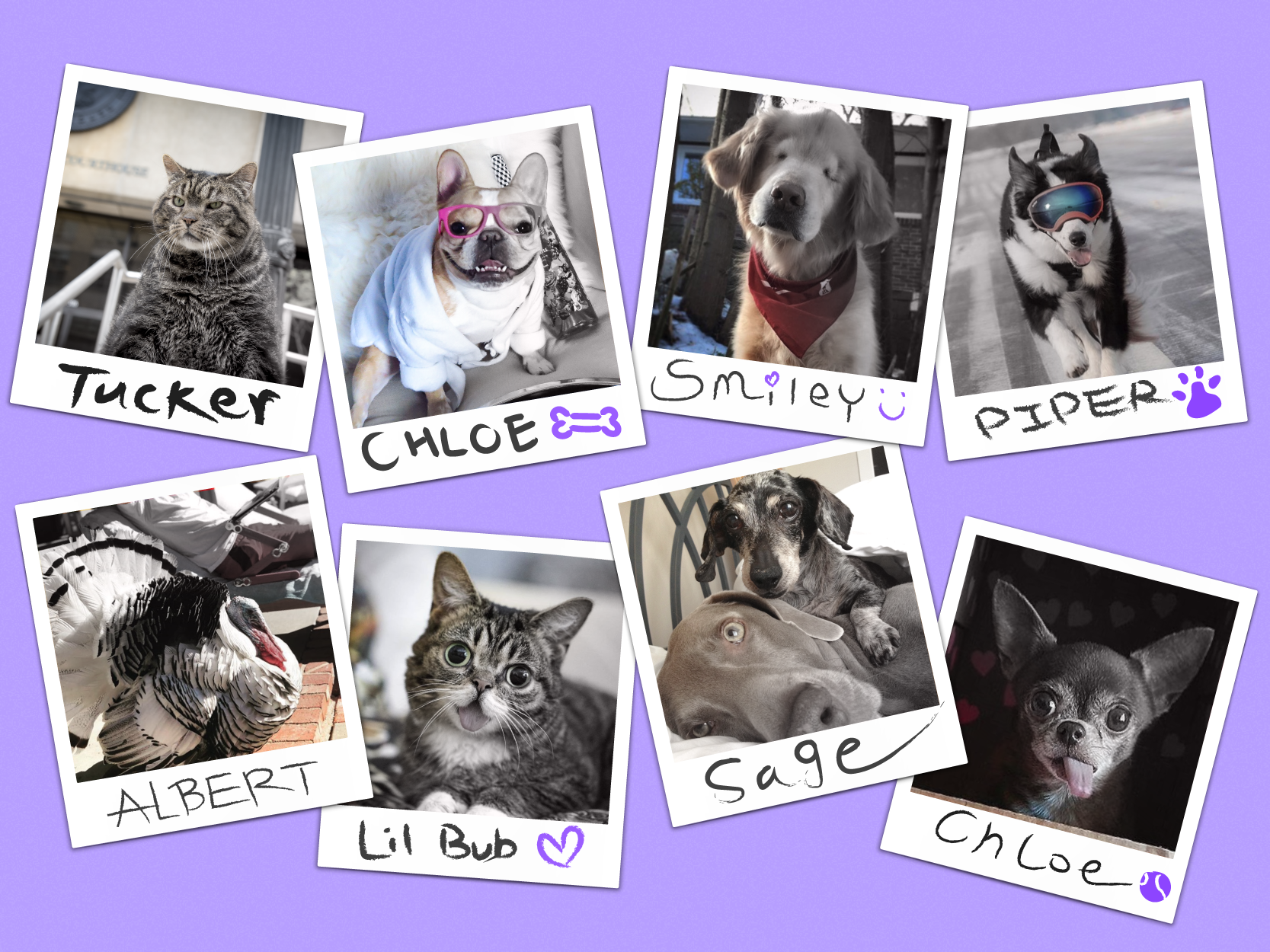 Cyber Monday is one of the biggest days each year for online retailers, including for the brand centered around a four-pound cat named Lil Bub.

Instead of spending the weekend before the online shopping holiday recovering from Thanksgiving dinner, Lil Bub’s owner, Mike Bridavsky, was busy making sure his website was ready for the onslaught of traffic expected Monday. He prepared for thousands to flock to the Lil Bub online store to snatch up t-shirts, socks, and pillows bearing the cat’s recognisable appearance: her small stature due to feline dwarfism, her lack of teeth, and her tongue permanently hanging out of her mouth. But he couldn’t have anticipated what else his weekend had in store.

Lil Bub died that Sunday, just over 3 months ago, at the age of 8, leaving behind a slew of adoring fans to grieve. That left a challenge for Bridavsky. Lil Bub had accrued millions of social media followers, served as the face for numerous animal welfare causes, and become a widely recognisable and beloved face across the internet. How do you keep that legacy alive?

“Bub had a complete lack of self awareness, this ability to overcome all the obstacles she’s felt,” Bridavsky recently told Business Insider. “She wasn’t just a famous Instagram cat … She engineered herself to look this way so she could catch people’s attention and they could learn about her.”

Several owners of famous pets spoke with Business Insider about their struggles and experiences handling the online presences of their animals after they died. While some have preserved these accounts as an homage to their pets, others have continued to share photos of their animals from the massive backlog of content they have acquired. Others still have continued their pets’ legacies by getting another who can substitute for – not replace – the original on social media.

Even though some owners stumbled accidentally into the world of influencing, they have nevertheless taken to heart the often significant role their pets played in the lives of their fans.

“You’re a lucky man to have had this magical creature in your life, and we were especially lucky that you shared her with all of us,” an Instagram user commented on a recent photo of Lil Bub. “Her magic will never be forgotten.”

Lil Bub turned into an established social media influencer in much less time than it takes many of her human counterparts. Pets like Grumpy Cat and Boo have become not just household names, but full-blown celebrities. These pets have shown that influencers don’t have to be human to get fans to line up for hours for meet-and-greets, or earn thousands of dollars a year from ads and sponsorships.

“Everyone loves pets. They don’t say offensive things on Twitter and they don’t get in trouble. They’re just adorable and perfect,” Loni Edwards, the CEO of pet influencer management firm The Dog Agency, told Business Insider. “Being able to touch so many people regardless of where they live or their age … that’s such a unique type of content creator.”

The unique stages of grief Although owners act as the brains behind the careful crafting of their pets’ social presences, they’re often able to avoid the spotlight and recognition typical influencers regularly deal with.

To many, an owner’s most prominent role in the lives of their pet’s fans comes when they have to craft a carefully worded message online informing the community of a beloved pet’s passing. Having to grieve in such a public way makes the process even more daunting, according to Jennifer McFarling, the person behind the social presence of famed golden retriever Parker Pup.

“It’s one thing to deal with a loss privately, but to have people watching you was something I was afraid of,” McFarling told Business Insider. “Dealing with the added pressures of finding a new normal while answering people’s questions and ‘what’s next?’ was something we, as a family, dreaded.”

Most owners who spoke with Business Insider said they shared news of their pets’ deaths shortly after they happened, within a day or two. There are some who were forced into expediting the process due to both media pressure and fan concern, much like a publicist in the wake of a celebrity death.

Such was the case for Brian Edwards, whose dog Piper – known online as the Airport K9 – died in 2018 after a battle with cancer. Edwards told Business Insider that Piper passed away at night, and that he planned to wait to craft his Instagram post until the next morning, after his emotions had settled. But in the middle of dinner with his family, Edwards was notified that a local news station had found out and aired news about Piper’s death. He rushed home to notify Piper’s followers before they found out about his death somewhere else.

Edwards called the situation “disappointing and angering,” but credited his support system with helping him get through the especially hard days without Piper.

Yet owners of these celebrity pets also become inherently responsible for both their own grief and that of their followers. Instead of dealing with the loss on their own, pet owners said they felt an obligation to also be there to comfort their pets’ fans – whether that made the grieving process easier or more difficult.

“Having him so popular made it worse on some days, but made it way better on most days,” Brant Pinvidic said, who was known for his unnaturally sociable pet turkey named Albert. “You don’t even get to deal with your own processing … but it’s not about you. You have to understand it’s not about you.”

But to others, like Dorie Herman, the fanbase is what made the grieving process bearable. In the days and weeks following the death of Herman’s famous dog, Chloe Kardoggian, people were constantly messaging the account to offer their support and happy memories of the chihuahua.

“The community really rallied around me. It made it much less of an isolating experience,” Herman said. “Everyone should be lucky enough if they have to lose a pet for it to be a social media pet.” 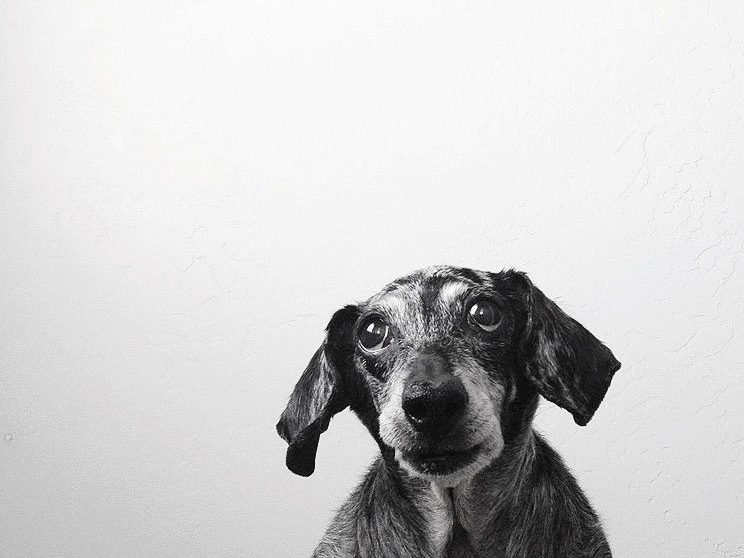 Brittni VegaSage, of Harlow and Sage.

When you visit the Instagrams for famous pets like Mr. Pokee and Loki, you can’t immediately tell that these accounts’ original namesakes are no longer alive – and that’s the whole point.

Many owners have chosen to maintain these accounts and their hoards of followers even after the pets’ deaths. Several owners told Business Insider they do this as a way to preserve the legacy and memory of their animals: who they were, what they were like, and what causes they stood for.

It’s common for famous pets to champion causes related to animal welfare and adoption, as was the case with Smiley, a dog who was born without eyes. Joanne George, Smiley’s owner, turned her dog’s viral fame into an opportunity to launch anti-bullying campaigns in schools, advocate for special needs dogs, and teach people about the importance of “seeing with your heart.”

After Smiley died, George was crushed. But six months later, they adopted another dog with visual impairments who they named Sunny.

“Those first few months, I was hurting of course, full on grieving,” George told Business Insider. “But we still had things to teach people and to share … what I created was a legacy, and I wanted to carry it on for the people of my community.”

George’s decision to continue on social media without Smiley is not an anomaly. After Sage – the smaller half of popular dog duo,Harlow and Sage – passed away in 2013, owner Brittni Vega introduced a new dachshund named Indiana. The account for Chloe Kardoggian turned into The Kardoggians after Chloe died in 2018.

Introducing a new (but similar) face to the accounts does more than just maintain the pets’ legacies. In addition to building a community around their beloved animals, the owners have often seen a steady stream of revenue from their Instagram-famous pets. By keeping the accounts alive, even after a pet’s passing, some have been able to salvage sponsorships and brand deals.

Although the owners who spoke with Business Insider declined to disclose how much revenue their pets have generated, it can sometimes be enough for the owners to quit their full-time jobs.

That was the case for Lil Bub’s owner, who said he has no plans to stop posting new photos and videos especially given the extensive backlog of content he captured during the tiny cat’s 8 years on earth.

“The reason I started posting is because she was changing people’s lives on a daily basis. It’s never been more clear to me that people want me to keep posting,” Bridavsky told Business Insider. “To think I would just stop feels selfish. I would be doing the animal community a disservice by letting go.”