Insider's Serie A Team of the Season, excluding Cristiano Ronaldo, but including two Chelsea FC rejects, and a tattooed smoker known as the 'Ninja' 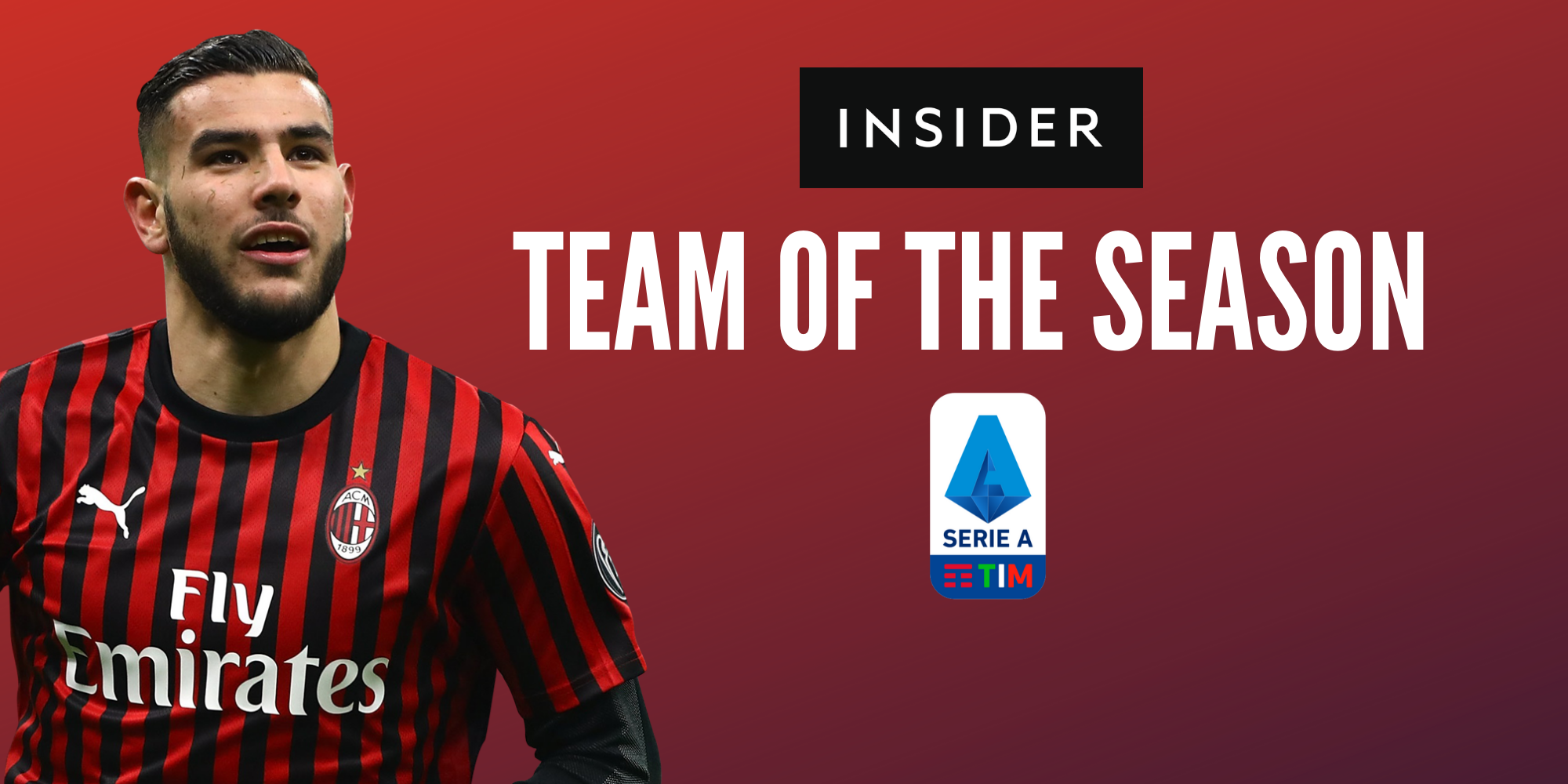 There is still everything to play for in Italy’s Serie A.

While Juventus is top of the league, it still faces a fight to win its ninth straight Scudetto, leading second placed Lazio by only a point and Inter Milan, which has a game in hand, by nine.

Atalanta and AS Roma in fourth and fifth have all but secured European football for next season, however sixth-placed Napoli and seventh-placed AC Milan could still be caught by any of Hellas Verona, Parma, and Bologna.

At the bottom of the table, Brescia and SPAL are rooted to the foot, but just seven points separate 18th and 11th, meaning any one of eighth teams could still face the drop.

The division is set to resume on June 20 after being halted in March due to the coronavirus pandemic, and with a dozen games left to play, there is still time for players to make or break their respective teams’ seasons.

For now however, these are the 11 players who have impressed us most in Italy’s top flight this term. 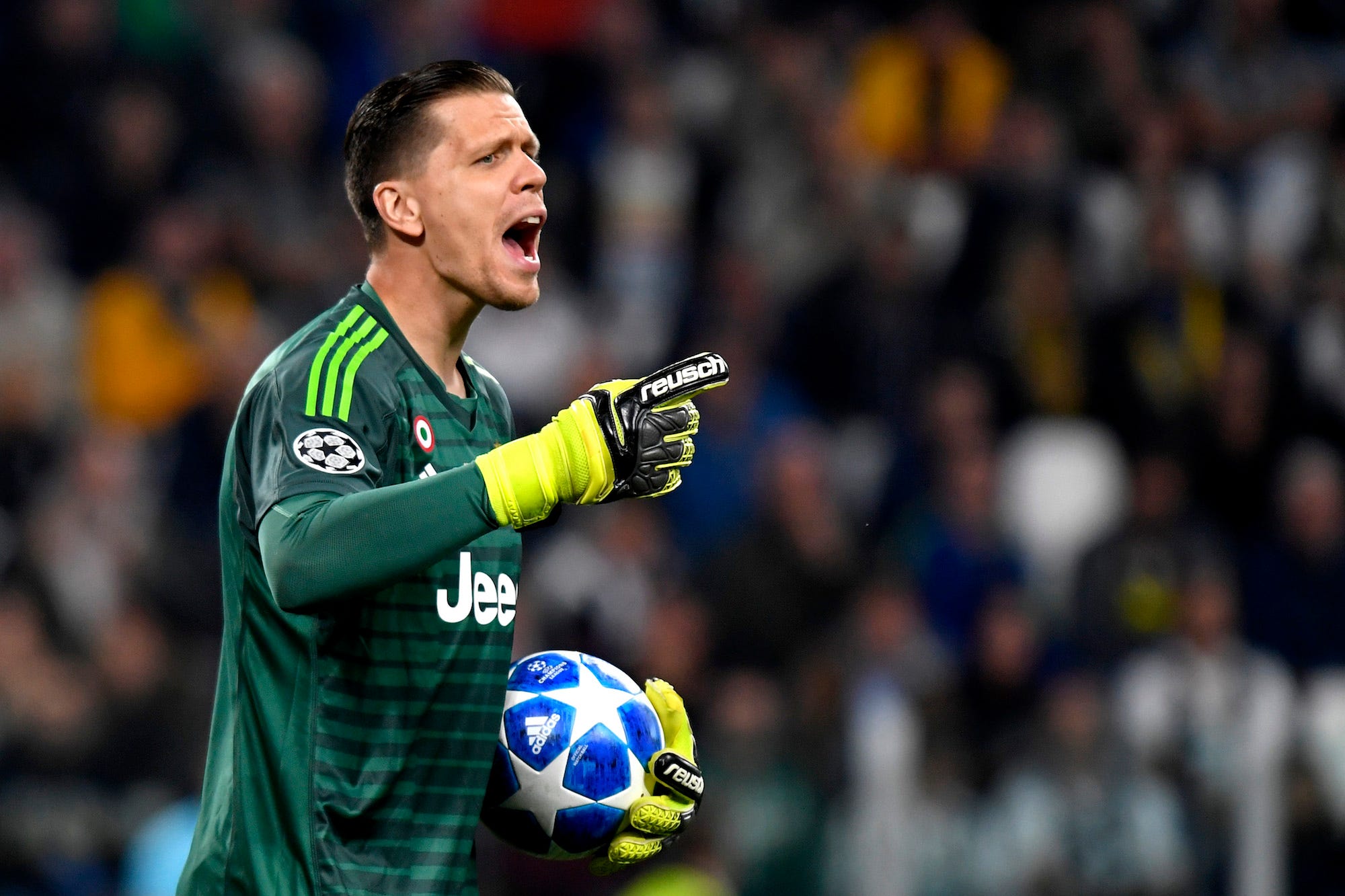 Szczesny hasn’t played every game for Juventus this term, but his absence has been felt heavily when he’s been omitted.

The Polish shot stopper has kept eight clean sheets in 19 matches for Maurizio Sarri‘s side, and boasts the best save percentage of any keeper in the league.

Szczesny’s super fast reflexes have also seen him produce some marvellous saves, including against Atalanta in November when he did his best Gordon Banks impression to deny Mario Pasalic’s header from close range. 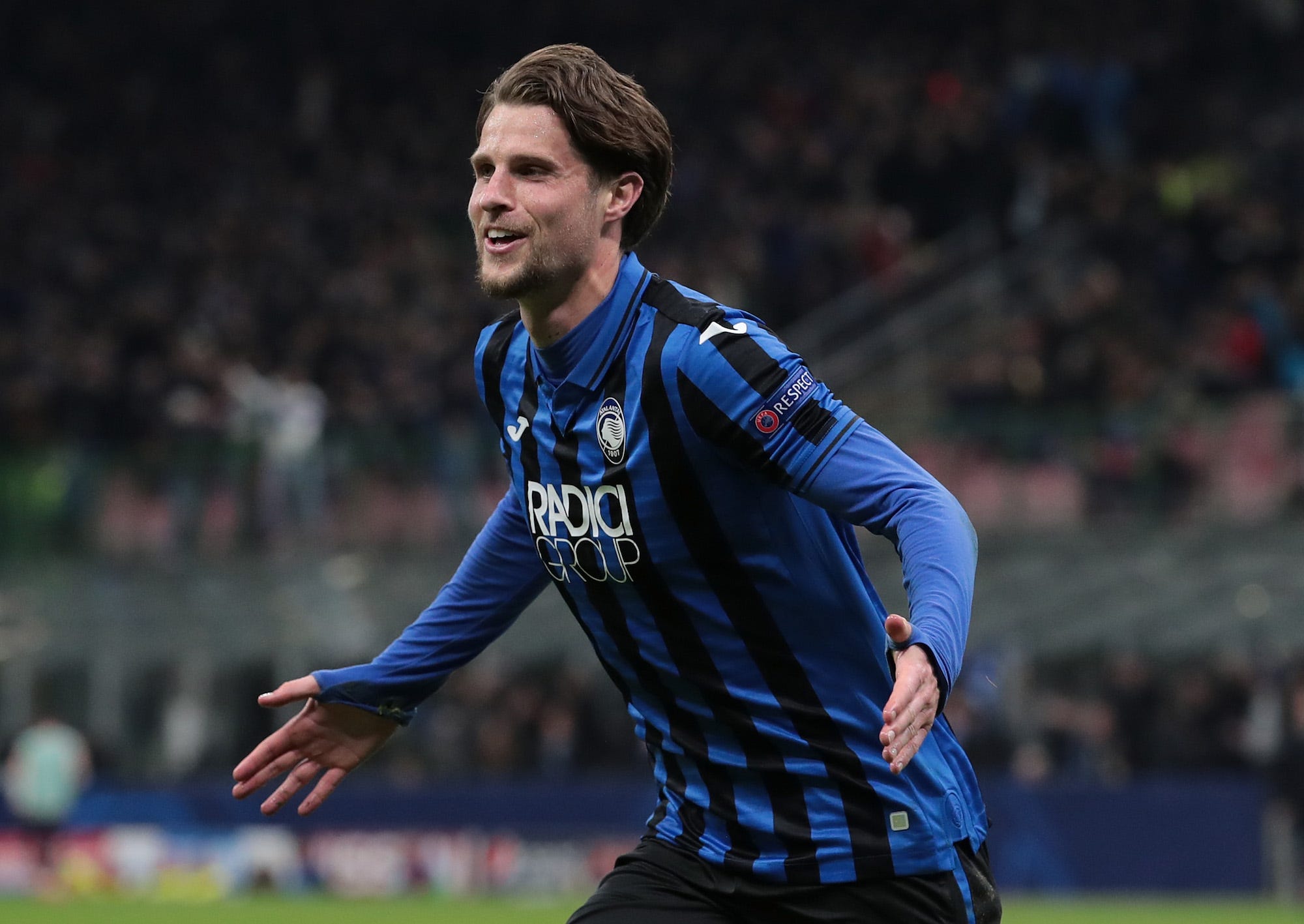 Being a wing back is arguably the most difficult position to play, at least when it comes to fitness – you’re expected to attack and defend in equal measure, and can basically never stop running.

Hateboer however has made the job look easy for Atalanta this season, providing three assists going forward, as well as solid defensive cover for Gian Piero Gasperini’s three central defenders.

Atalanta signed the Dutchman in $US1.2 million in January 2017, but he’s now believed to worth $US28 million, with Juventus, Napoli, and AC Milan all keeping tabs on him, according to Be Soccer. 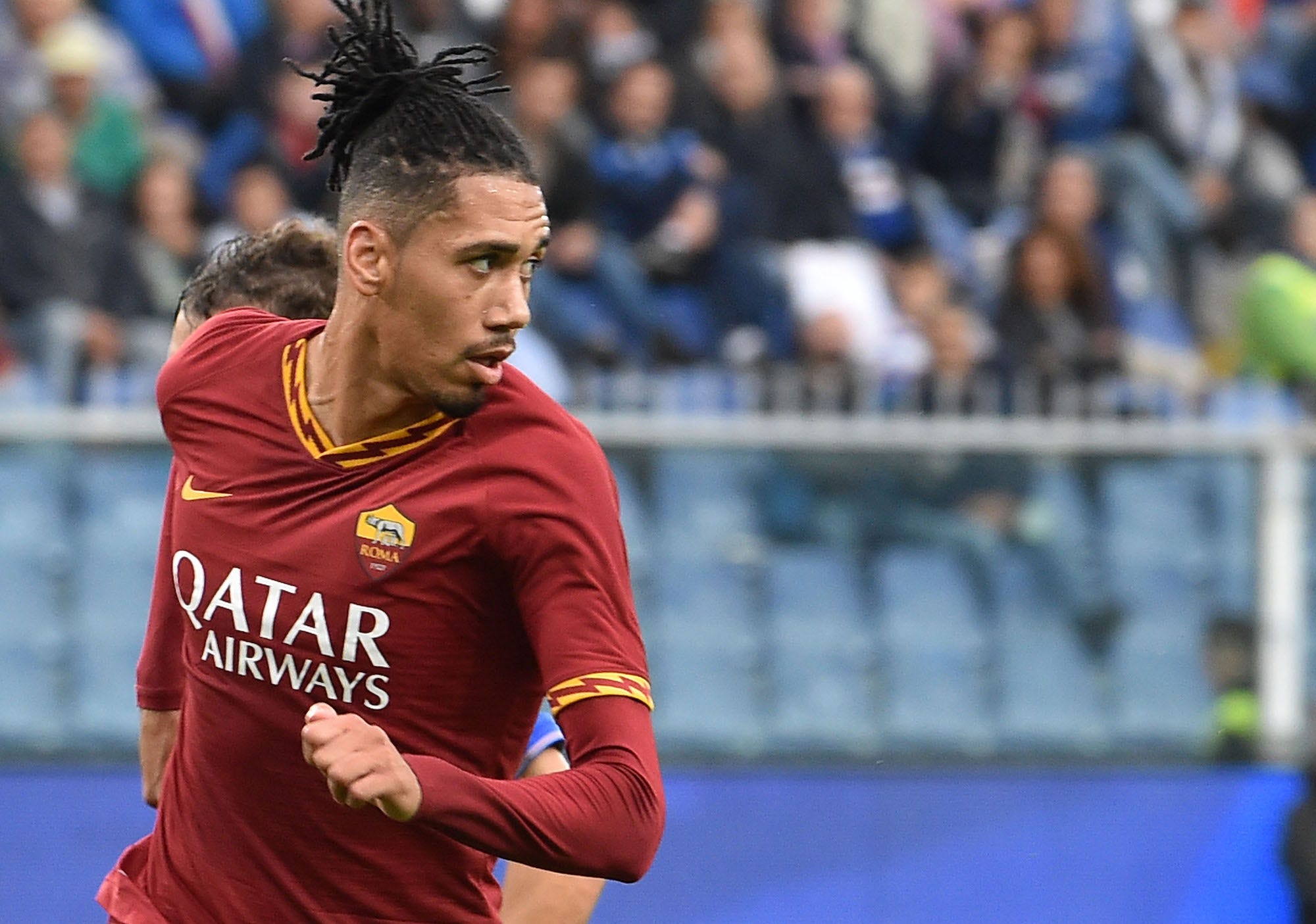 Chris Smalling was sarcastically called “Smaldini” – a reference to AC Milan and Italy legend Paolo Maldini – by some during his time at Manchester United due to his propensity for errors.

Since moving to AS Roma on-loan last summer however, the nickname has become a term of endearment for the Englishman thanks to his stalwart performances for Paulo Fonseca’s side.

In 21 matches, Smalling has made an average of 4.5 clearances per 90 minutes, completed over 90% of his passes, and also made an impressive 47 interceptions.

The great Maldini himself would be proud (we think). 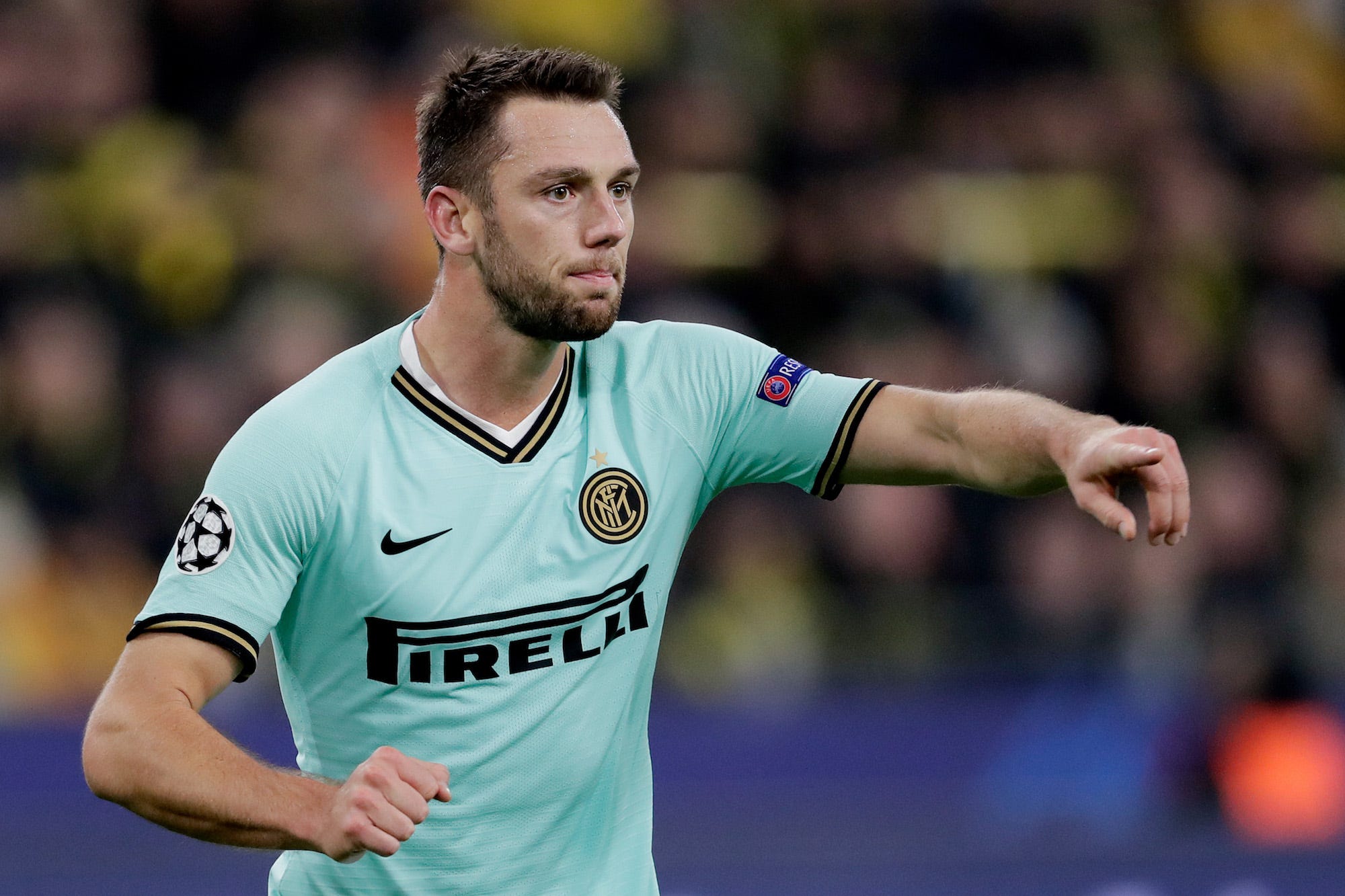 All of Antonio Conte’s former sides – Juventus, Italy, and Chelsea included – have been built on the foundation of a solid defence.

His Inter Milan team is no different, and Dutchman Stefan de Vrij is the cement that holds it all together.

Slotting into the central role in Conte’s back three, De Vrij has been defensively imperturbable, outshining Diego Godin and Milan Skriniar either side of him, while he has also provided a useful two goals and three assists. 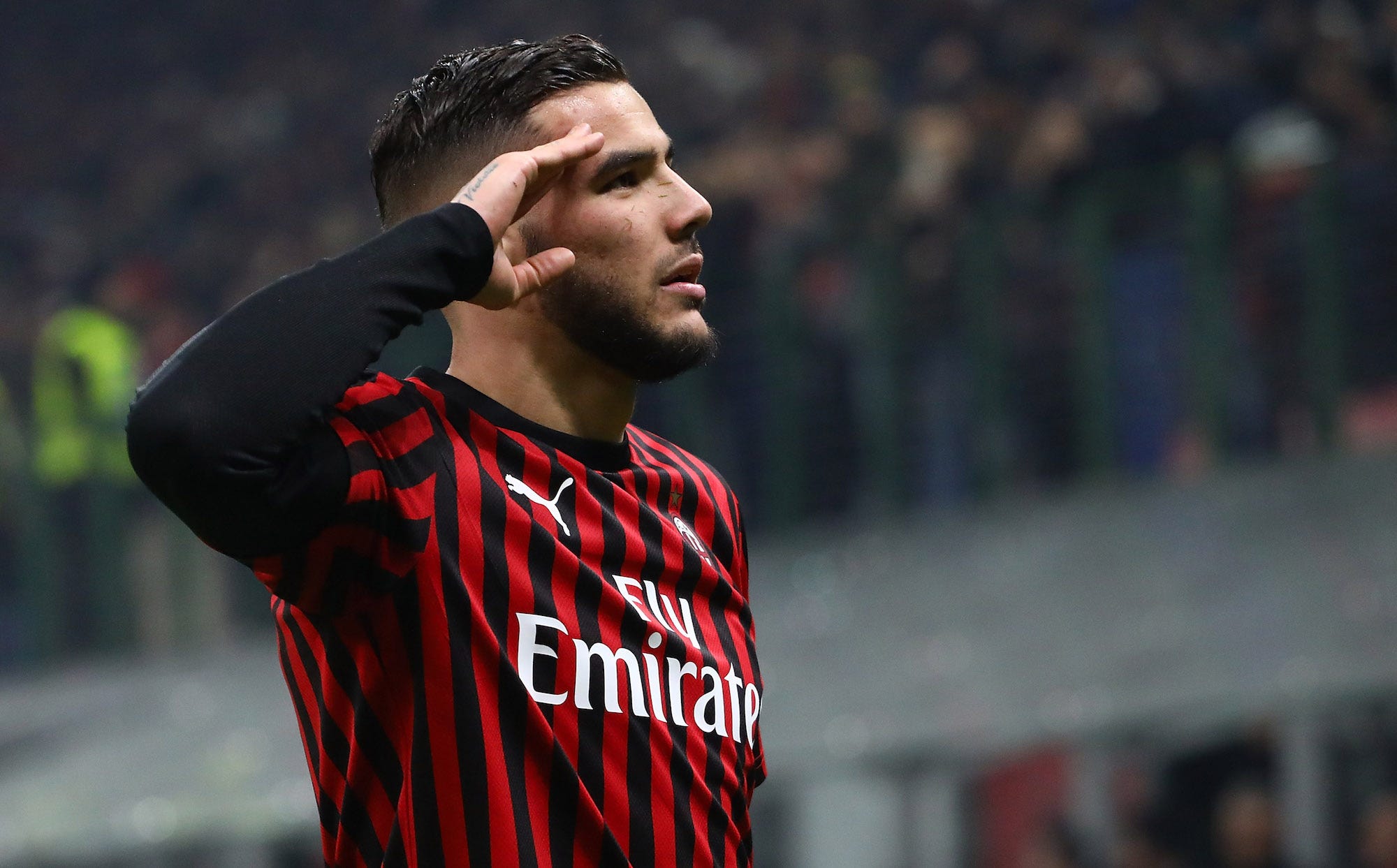 Milan has had a season to forget, but every cloud must have a silver lining, and for Stefano Pioli’s side, that has been Theo Hernandez.

The flying French fullback, though at times defensively frail, has been frighteningly good going forward down the left flank, carrying the ball further than any defender in the division while providing five goals and two assists.

Though he has much to learn still, at just 22 years of age, Hernandez’s debut season in Serie A suggests he is destined for big things. 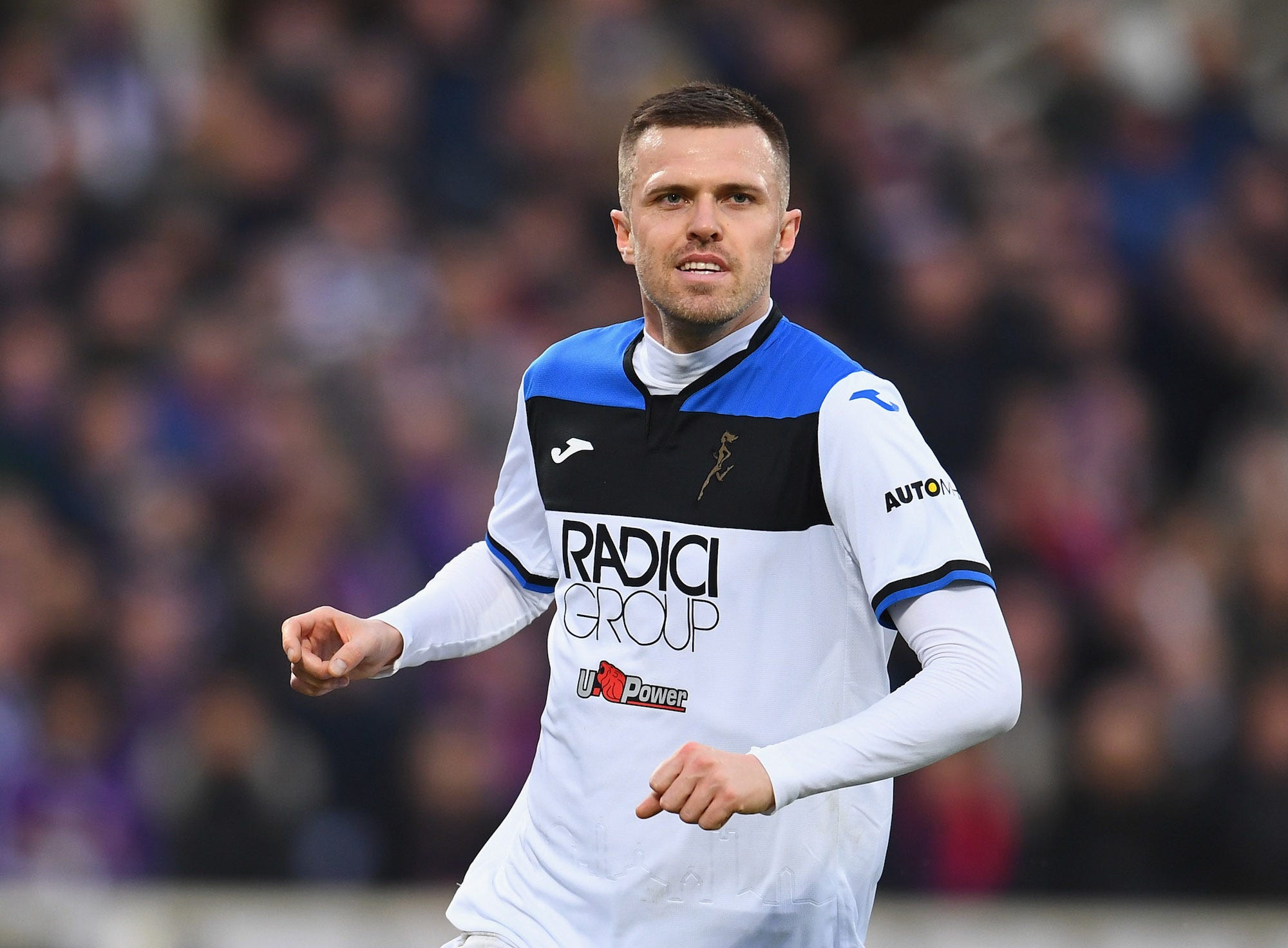 15 goals and five assists for Josip Ilicic this season is a good return, but it won’t tell the full story of just how brilliant the Atalanta forward has been.

The 6-foot-3 Slovenian evokes memories of the great Dimitar Berbatov in his prime. To the untrained eye he can appear slow and lazy, but really he’s a nonchalant genius – so far ahead of everyone else on the pitch that he doesn’t need to run from box-to-box to make his presence felt.

“Josip is playing the best football in Italy,” Ilicic’s teammate Martin de Roon told Le Cronache di Spogliatoio earlier in the season, as per The Athletic. “He’s among the best in the world. I don’t want to make a comparison with (Cristiano) Ronaldo but he is at a very high level.”

De Roon added: “Messi is small and quick. (Josip) can change direction like him but he stands at 190cm.” 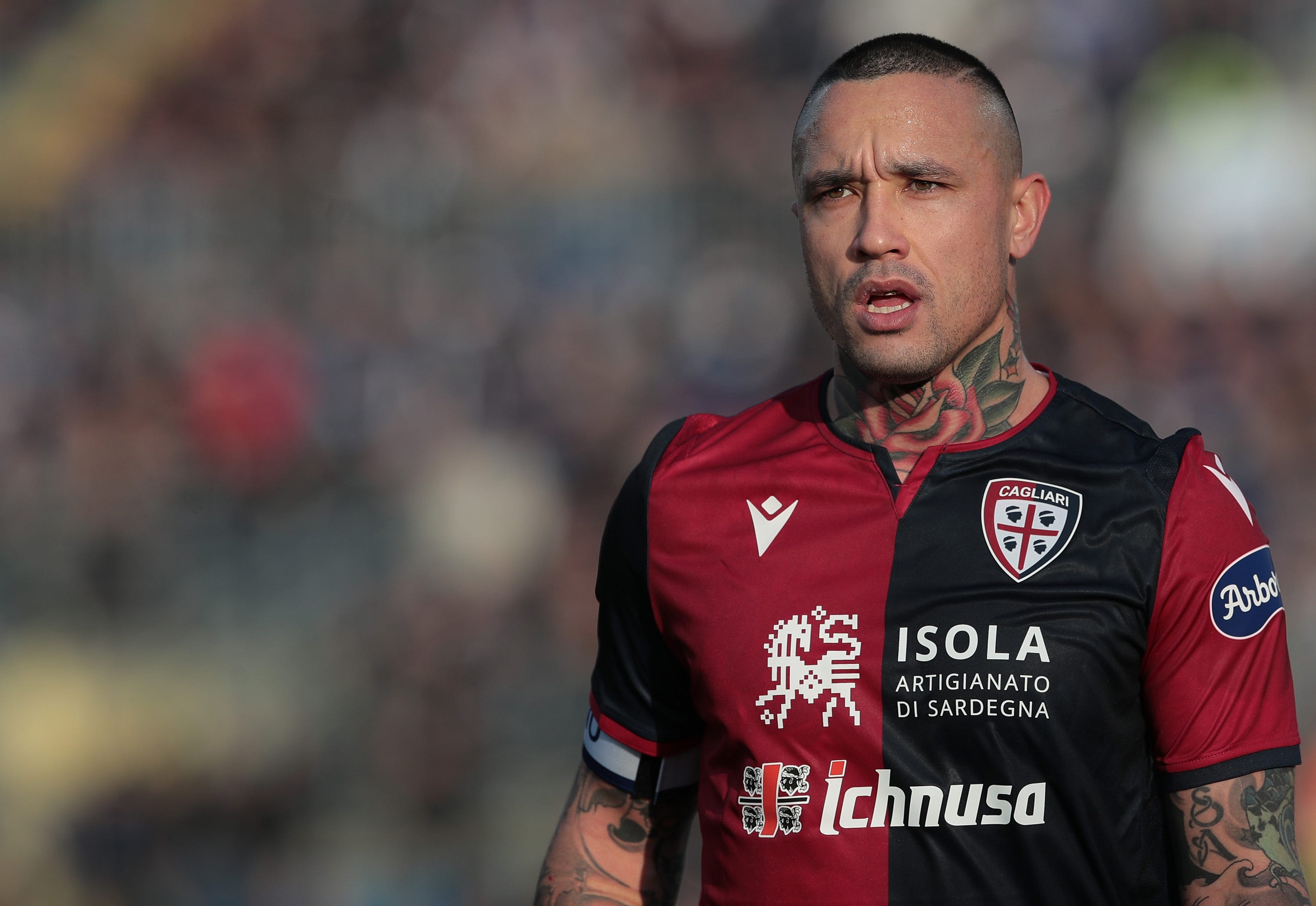 Most footballers who adopt such a lifestyle wouldn’t last long at the top, but it’s difficult for anybody to argue with Nainngolan – not because he looks menacing – but because he produces the goods on the pitch.

The 32-year-old has been tenacious in centre midfield for Cagliari this term, not only providing cover for the defence, but also creativity and energy going forward. In 21 games, he’s scored five and assisted six. 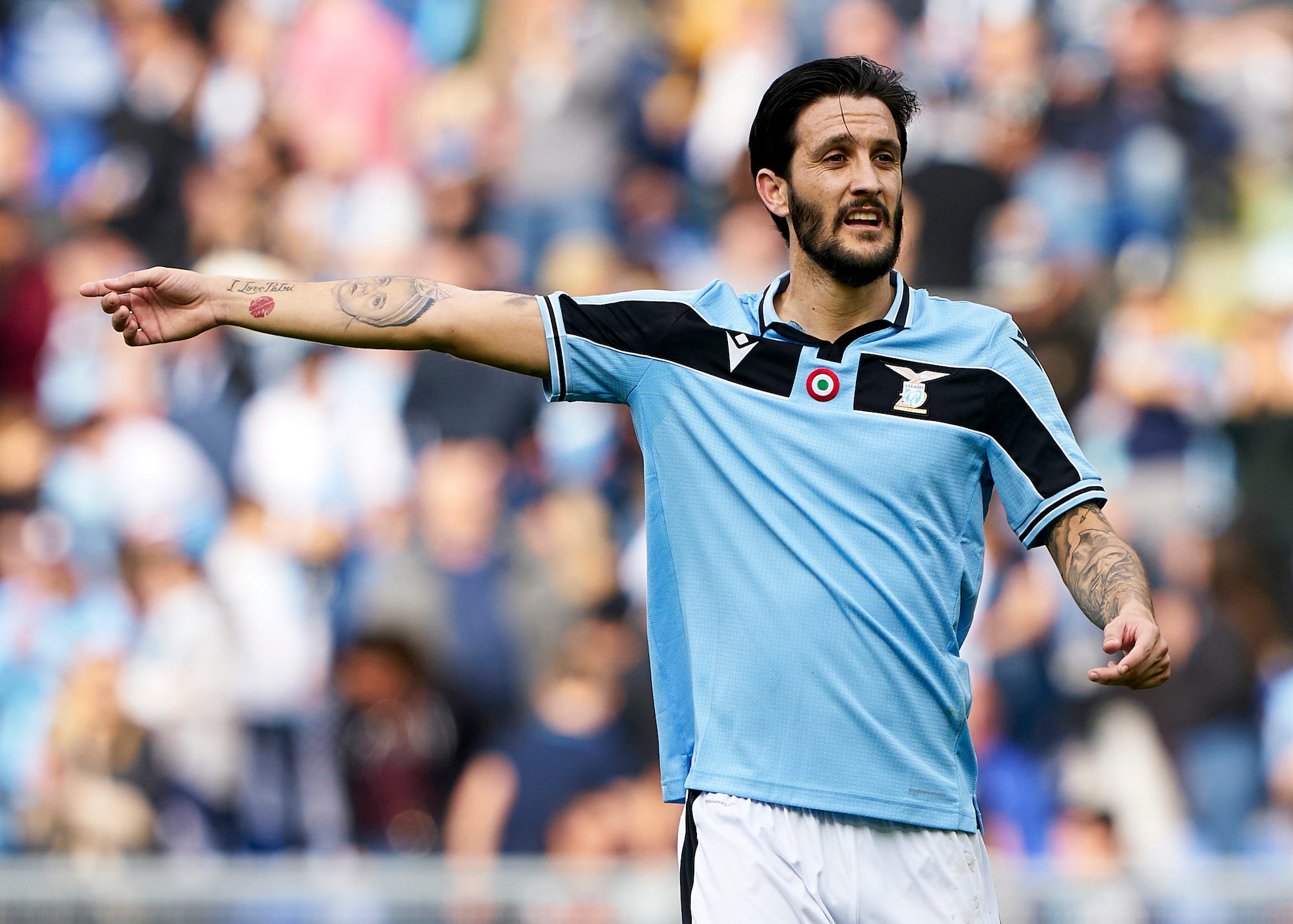 Placing Luis Alberto as Nainggolan’s midfield partner in this term was easy.

A master creator in the centre of the park – the silky Spaniard sits top of Serie A in terms of assists (he has 12), distance covered with the ball, key passes, passes into the penalty area, and shots created.

Ciro Immobile, the division’s top scorer, often steals the headlines for Lazio, but Alberto is equally responsible for the club sitting second in the Serie A table. 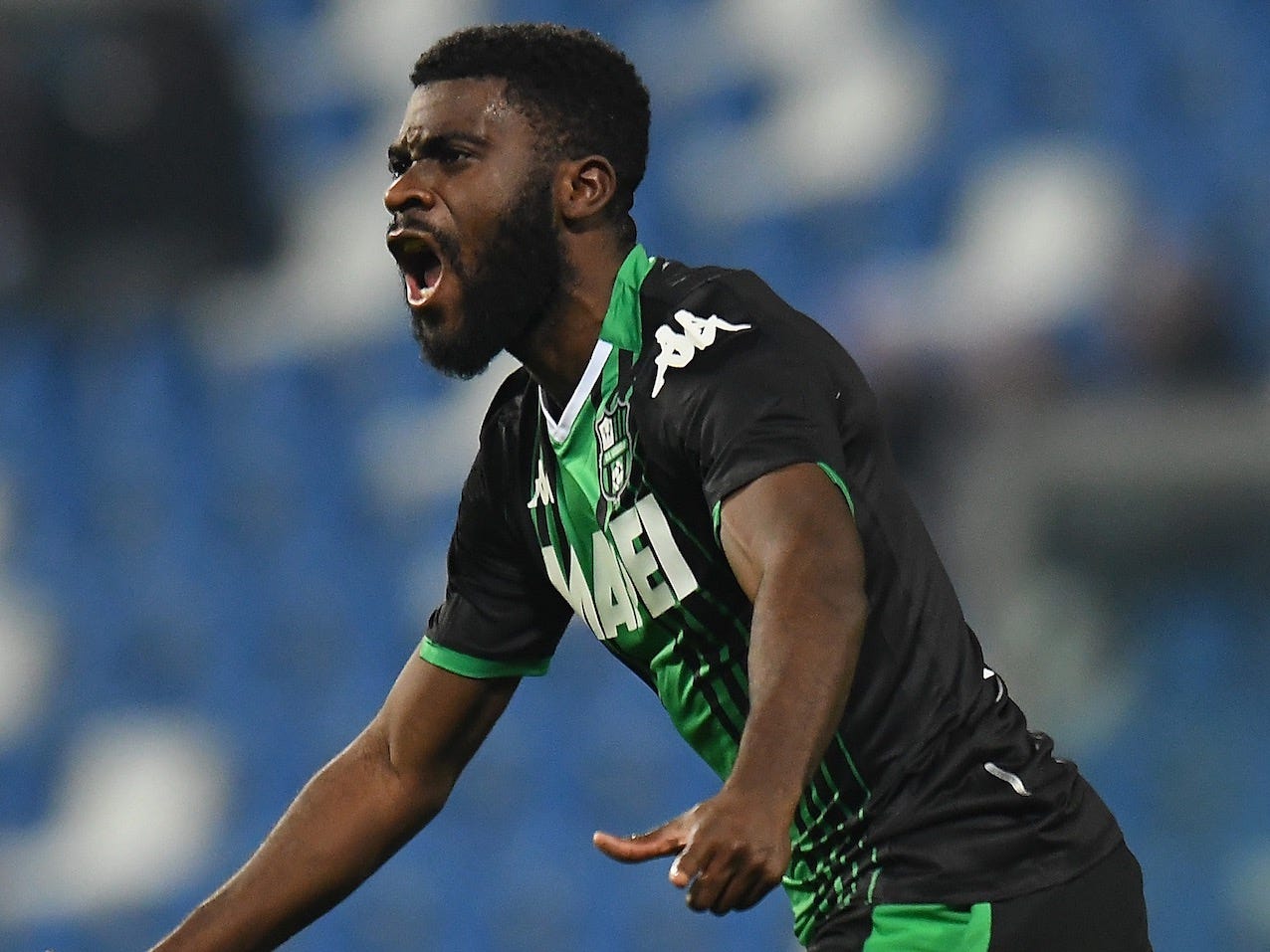 A product of Chelsea FC’s youth system, Boga made just once appearance for the Blues before being sold to Sassuolo in 2018.

Roll forward two years, and Chelsea is probably thinking it made a mistake. The Ivorian hit eight goals for Sassuolo this term, including a thunderbolt against Torino in January.

Most impressively however, Boga has dribbled past 122 players in the Italian top flight, which is 43 times more than any other player. 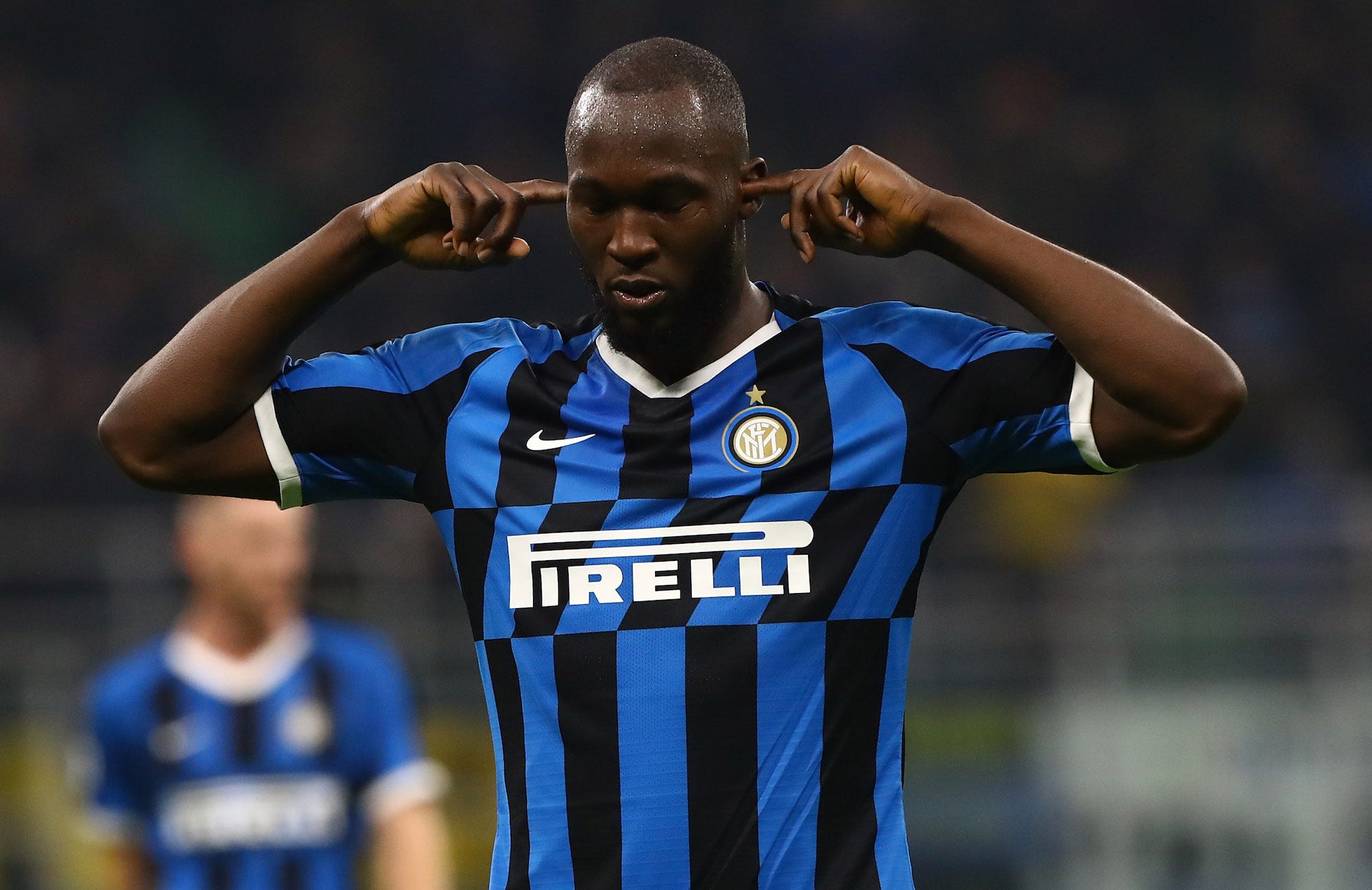 Like Boga, Lukaku was let go by Chelsea (though in 2014) having made only a handful of starts for the club.

Following successful spells at Everton and Manchester United, the Belgian moved to Inter Milan last summer, where he has again showed Chelsea what it could have had.

In 35 games for Antonio Conte’s side, Lukaku has hit 23 goals, 17 of which came in Serie A, making him the most prolific debut-season striker in the club’s history. 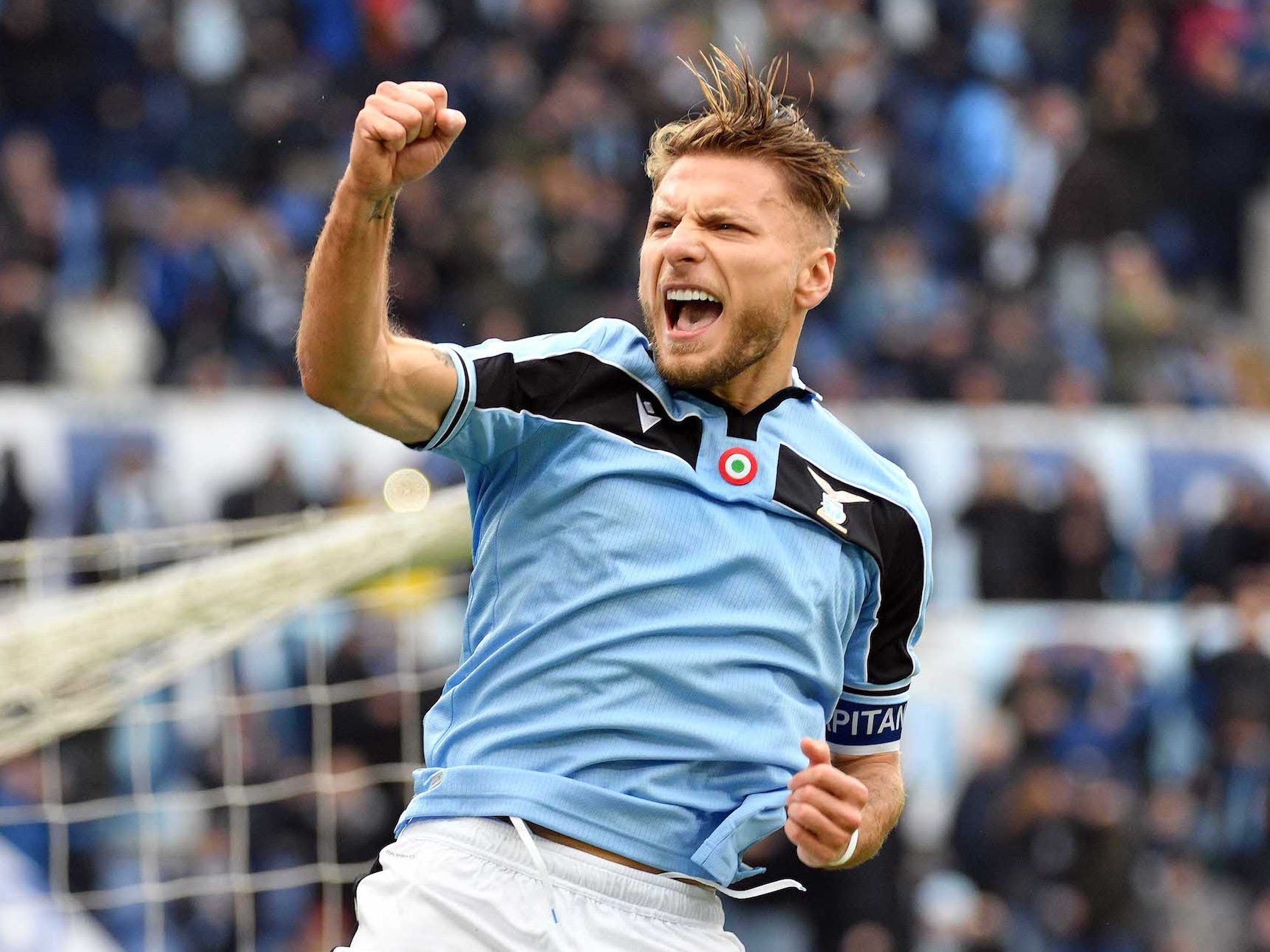 His name may lead you to believe otherwise, but Lazio’s Ciro Immobile is one of Europe’s deadliest, and most mobile strikers.

Not only is the Italian the division’s top scorer with 27 goals, he’s also produced seven assists, and run an average of 10.43 km per game – the latter of which is a division high for a striker.

Insider’s Bundesliga Team of the Season, including Europe’s top scorer, the Bayern Munich Road Runner, and the son of a France icon

Insider’s Ligue 1 Team of the Season, including a 17-year-old wonder kid, a Portuguese prodigy, and the world’s most-hated FIFA player