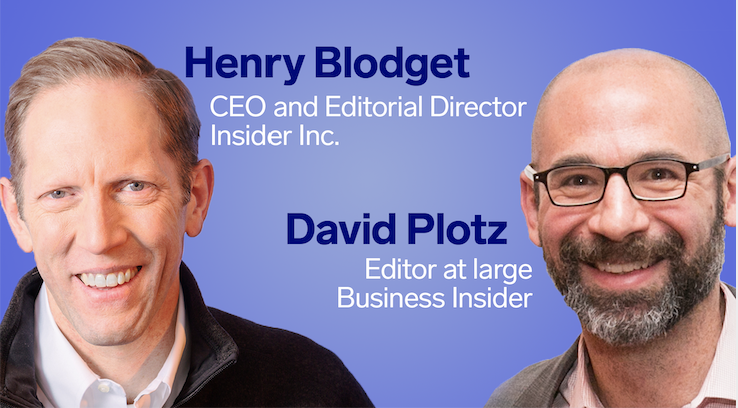 Every weekday, Henry Blodget and David Plotz fill your inbox with their insights and opinions on the news. Does the health risk of reopening schools outweigh the benefits? Is data on the Paycheck Protection Program job protections accurate, and should big companies have accepted the loans? Should we treat President Donald Trump the way we would a bad boss? (If you haven’t already, sign up here!)

Next Wednesday, join host Charlie Herman and the coauthors of the “Insider Today” newsletter for a debate centered on the week’s biggest stories – they will be going beyond the newsletter briefings for a deeper analysis of the most pressing issues our world is facing and what we should be doing about them.

More on our panelists:

Is there a subject you’d like to hear discussed? Email us at [email protected]