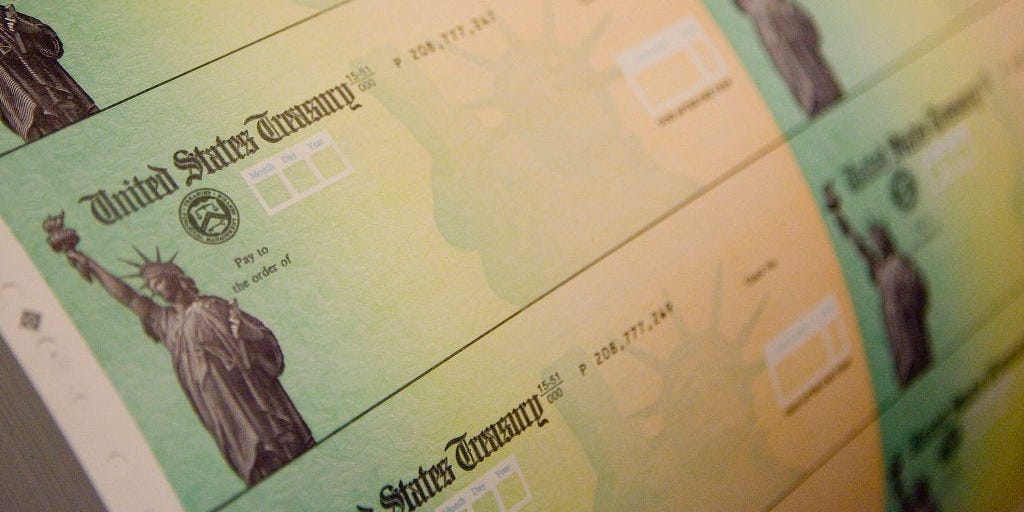 Jeff Fusco/StringerEconomic stimulus checks are prepared for printing at the Philadelphia Financial Centre May 8, 2008 in Philadelphia, Pennsylvania.

After Republicans and Democrats in Congress approved of a $US900 billion coronavirus stimulus bill on Sunday that includes a $US600 stimulus check â€” half the amount of the first stimulus check which was sent out in April â€” President Donald Trump surprised Congress and said the checks should be much larger: $US2,000. His supporters agree.

A further breakdown of responses from Trump voters are as follows:

This analysis comes from a SurveyMonkey Audience poll taken on December 21. The poll collected 1,123 respondents who were asked about coronavirus holiday plans, the congressional stimulus package, plus a number of other questions. Of the respondents, 305 told Insider they voted for Trump, and 507 said they voted for Joe Biden.

Trump voters are not the only ones pushing for a larger stimulus check.

Trump left the White House for his Florida Mar-a-Lago residence on Wednesday without signing the coronavirus relief bill or the omnibus bill to fund the military and government through 2021.According to Politico, the bills will be flown to Florida on Thursday.

SurveyMonkey Audience polls from a national sample balanced by census data of age and gender. Respondents are incentivized to complete surveys through charitable contributions. Generally speaking, digital polling tends to skew toward people with access to the internet. SurveyMonkey Audience doesn’t try to weight its sample based on race or income. Polling data collected 1,123 respondents on December 21. All polls carried approximately a 3 percentage point margin of error individually.