Insider poll: People without a college degree are much more likely than others to say they don't intend to vote this year 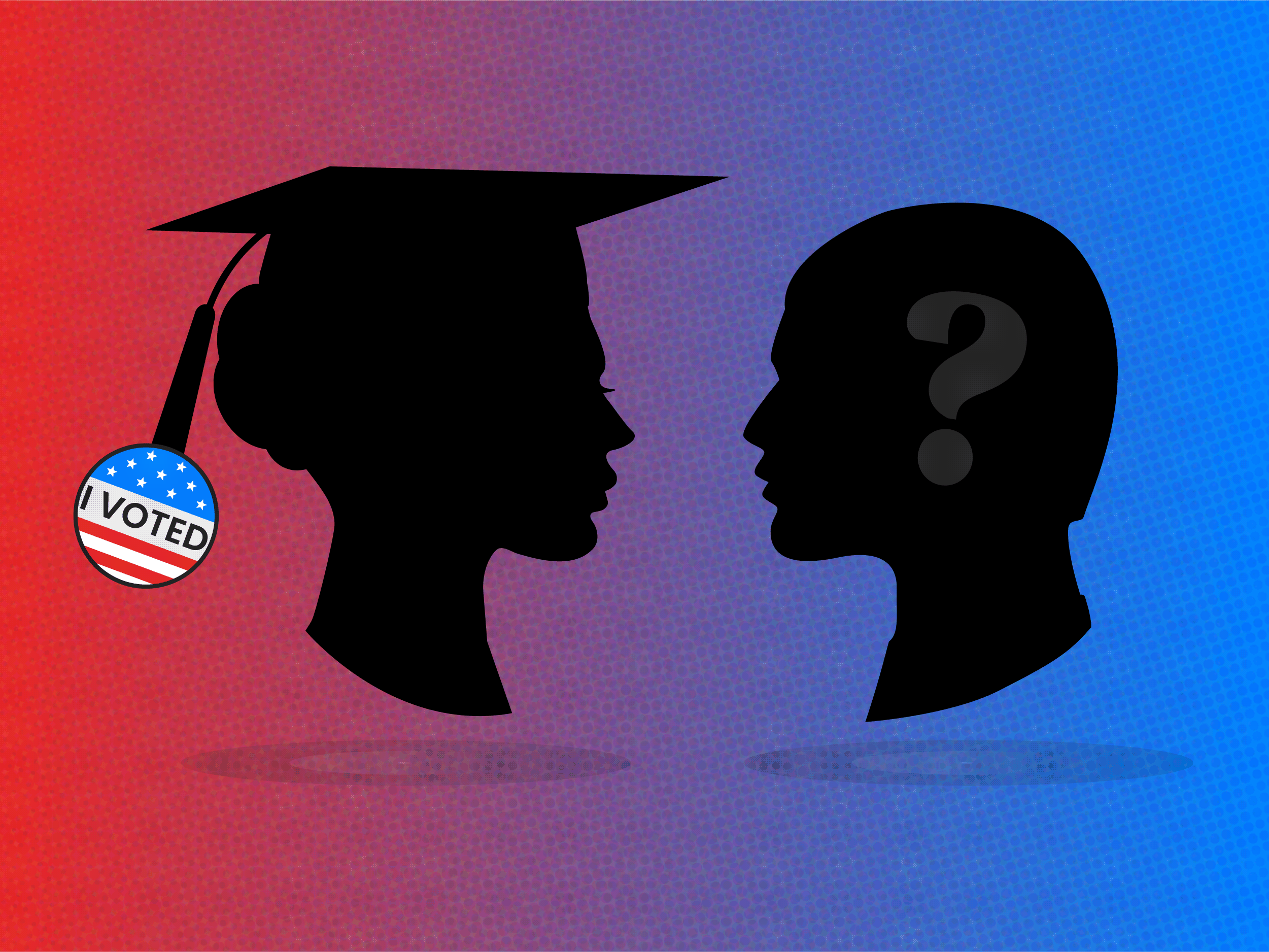 Skye Gould/Business InsiderAmericans without a high-school diploma were 28 percentage points more likely than overall respondents to say they were not planning to vote.

A new round of Insider polls found voters without college degrees to be significantly more likely than the average respondent to say they didn’t intend to vote in the 2020 election.

This data is based on an aggregation of eight polls with a combined 8,975 respondents conducted on SurveyMonkey Audience from August through early October. Respondents were asked whether they were registered to vote and then subsequently whether they intended to vote in the 2020 election, along with other demographic questions. Overall, 12% of respondents indicated they probably or definitely would not vote in the 2020 election.

Americans without a high-school diploma were 28 percentage points more likely than overall respondents to say they were not planning to vote.

Those whose highest level of education was a high-school diploma or equivalent were 7 percentage points more likely than the average respondent to say they weren’t planning on voting.

Among voters with less than a high-school diploma, 40% said they had no plans to vote â€” by far the highest of any subsection.

Nearly 20% of high-school-diploma respondents said they wouldn’t vote, and then there was another drop-off from there.

These responses line up with previous surveys on the correlation between education level and voting.

In a nonpartisan Knight Foundation study of the 43% of eligible voters who did not turn out in 2016, nonvoters were found to be much less likely to be informed about the political process and to actively seek out news.

“A significant gap between voters and non-voters exists in terms of educational attainment,” the study’s authors wrote. “Non-voters are significantly less likely to have graduated from college than their active voter counterparts, although highly educated non-voters also exist.”

Beyond not keeping up as much with the news, the Knight Foundation study found nonvoters also struggled with navigating through the voting process.

With white voters without a college degree making up a substantial portion of President Donald Trump’s base, it could seem as if the propensity for low turnout here would adversely affect him.

The Knight Foundation study, however, found nonvoters to be more evenly split on ideology than the actual electorate, so if the 43% who didn’t vote in 2016 had actually voted, it would have led to relatively even gains for both candidates.

SurveyMonkey Audience polls from a national sample balanced by census data of age and gender. Respondents are incentivized to complete surveys through charitable contributions. Generally speaking, digital polling tends to skew toward people with access to the internet. SurveyMonkey Audience doesn’t try to weight its sample based on race or income.

Who the hell are nonvoters? We polled them and found the 6 kinds of people who don’t vote

Insider poll: More than 20% of Asian Americans say they do not plan on voting in the 2020 election

Unemployed Americans are more likely to not vote, a new Insider poll finds

America’s 1.3 million Jehovah’s Witnesses will be sitting out the election