What Biden's projected victory means for the energy industry 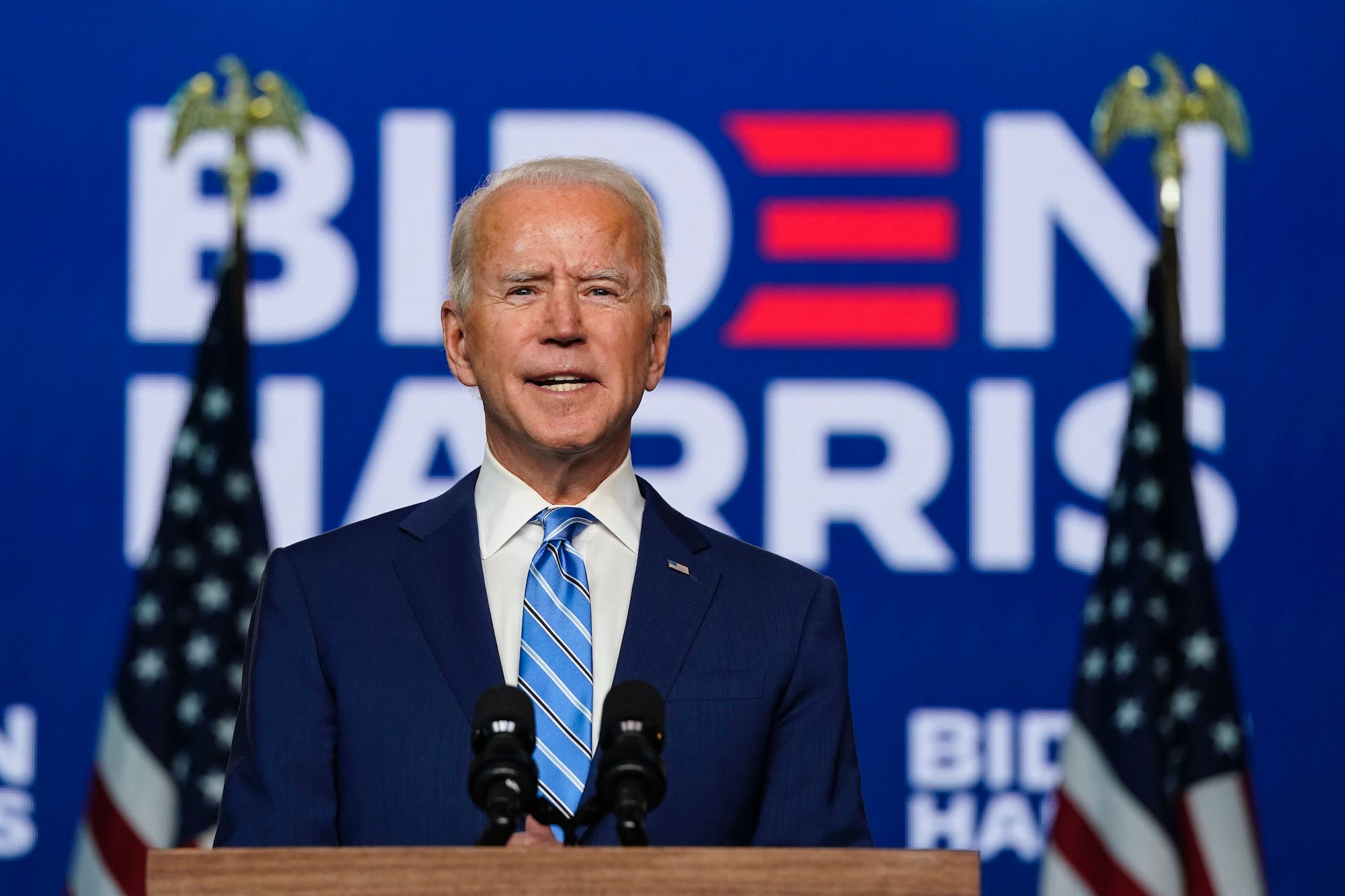 There it is: After days of uncertainty and too many brain-eroding key race alerts, Biden is now projected to win the presidency, according to Business Insider. The Senate, on the other hand, appears likely to stay under Republican control.

This week, I’ll share some initial thoughts on what that means for the energy industry. (Hint: The pandemic is far more important.) 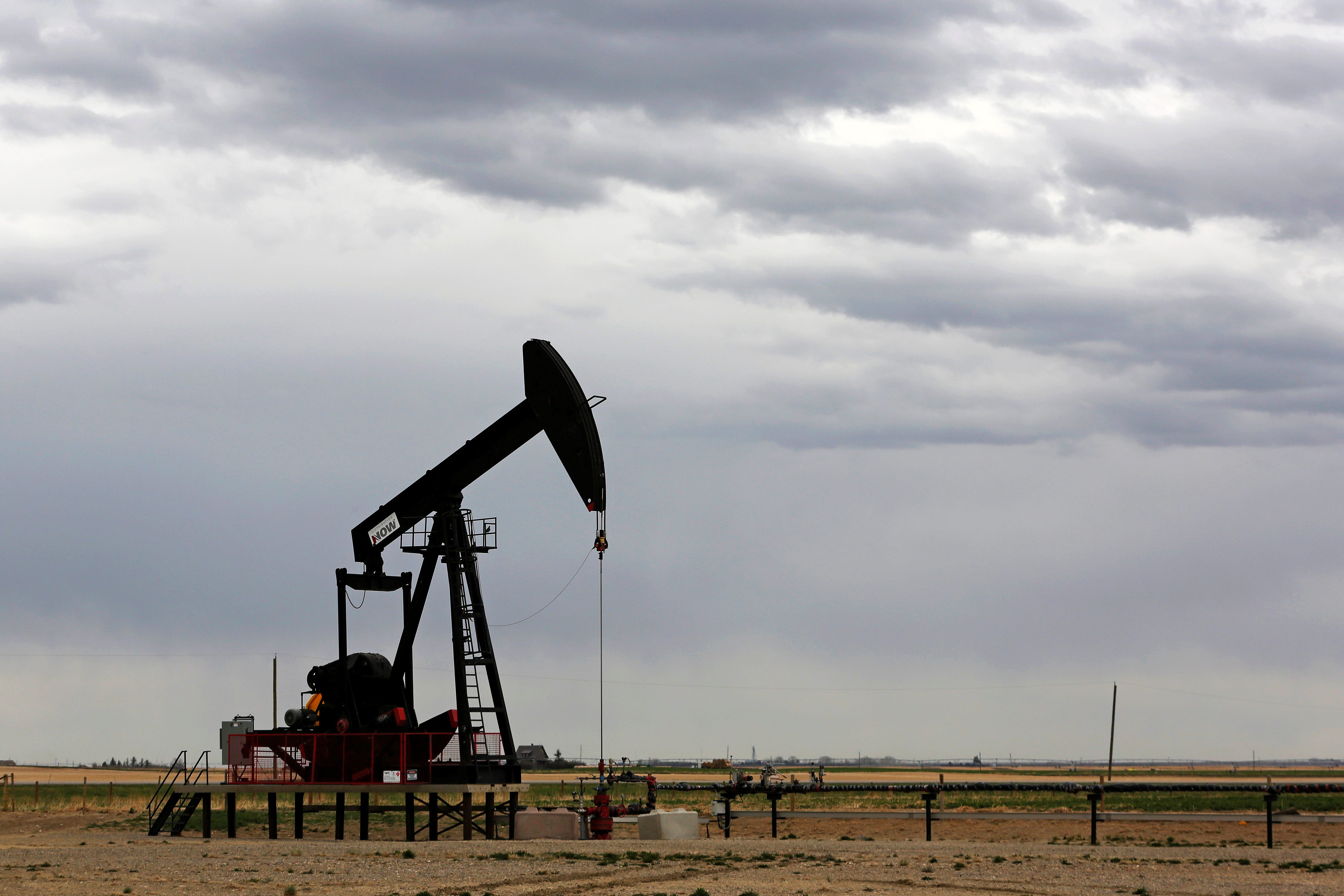 
A divided government could give fossil-fuel companies a boost

Assuming Biden takes office and Republicans retain control of the Senate, oil companies could actually get a boost, according to analysts at Morgan Stanley.

How that works: Without a Democratic majority in Congress, legislation proposed by Biden to restrict the oil and gas industry is “effectively off the table,” the analysts said.

Where stocks stand today: The Dow Jones oil & gas index is up more than 3% this week.

What Biden can do: “It’s pretty clear that Biden’s legislative agenda vis-Ã -vis climate will go absolutely nowhere in Mitch McConnell’s Senate,” Pavel Molchanov, an analyst at Raymond James, said. “So the changes he will be able to make will be limited to executive actions.”

But: The US election is a pretty minor force shaping the oil and gas industry relative to the coronavirus pandemic and global energy transition. 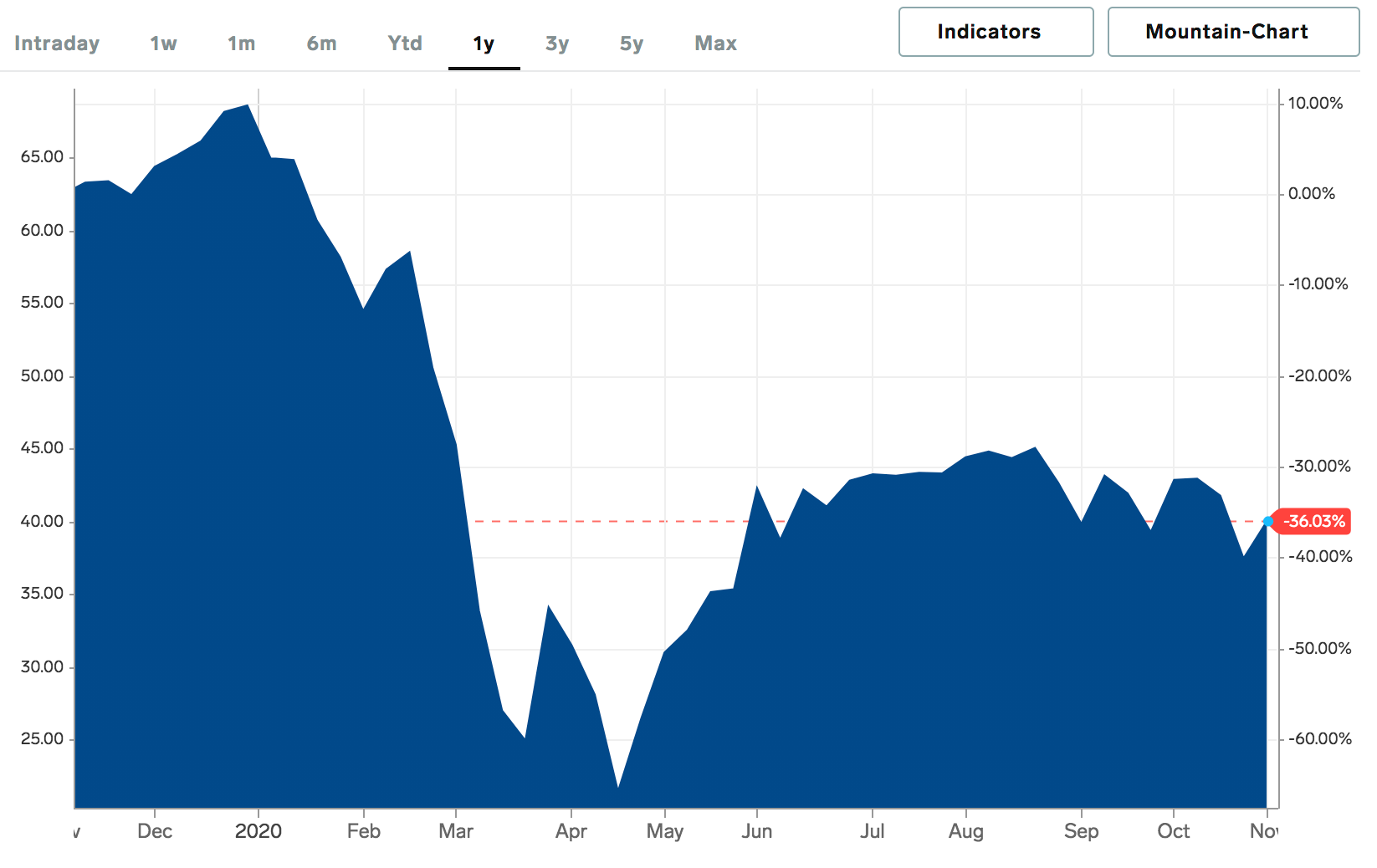 Markets InsiderOil prices are failing to recover due to new lockdowns fuelled by the pandemic.


Oil cares about two things: Supply and demand. Right now, the price is down because the coronavirus pandemic is hamstringing demand for gasoline and jet fuel. The US election is largely irrelevant.

That said … Biden’s projected victory could shape long-term oil supply and demand to a small extent, nudging the price.

Upside: Tighter regulations for the oil industry in the US could constrict supply, Morgan Stanley said.

Downside: Higher fuel efficiency standards for cars would chip away at demand over the long term.

In other news: New pandemic-fuelled lockdowns are undermining the recovery of oil markets, forcing analysts to further revise their price forecasts for crude, used in investment decisions. Read more here.

A hub for our Exxon reporting

Exxon is losing money like never before, and it’s downsizing as a result.

What that means: Layoffs, voluntary redundancy programs, and other cost-cutting initiatives.

5 big stories overshadowed by the election

That’s it! Have a great, restful weekend.