Canopy Growth is angling to dominate the US 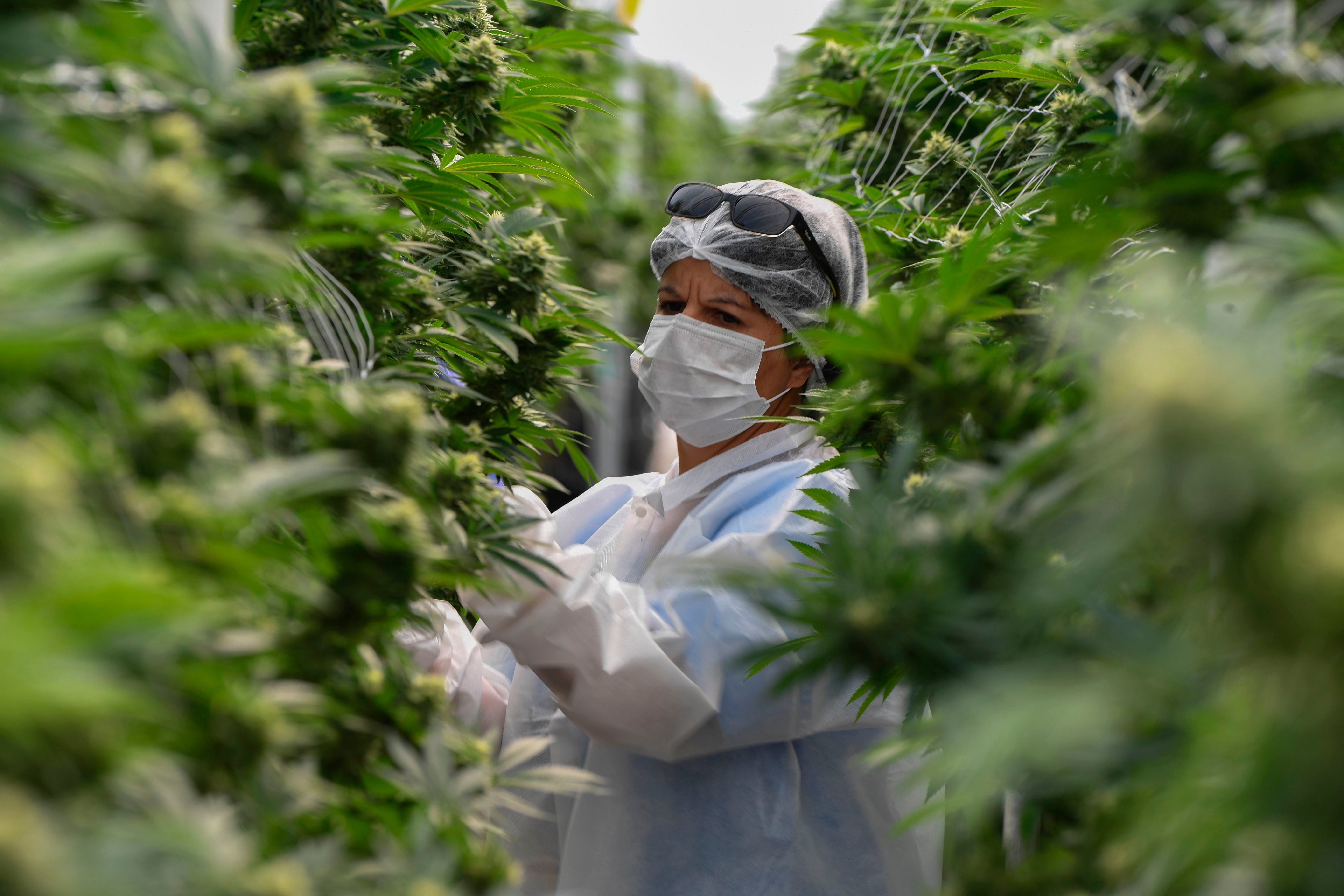 
Welcome to Insider Cannabis, our weekly newsletter where we’re bringing you an inside look at the deals, trends, and personalities driving the multibillion-dollar global cannabis boom.


Sign up here to get it in your inbox every week.

Earnings were the dominant story in the industry this week. A slew of US cannabis companies, or MSOs, posted rock-solid financial results, in many cases outpacing their Canadian counterparts.

I asked Cresco Labs CEO Charlie Bachtell about why he thinks that is. In Bachtell’s view, it’s a convergence of factors: COVID â€” and the essential designation cannabis dispensaries received in some legal states helped â€” but he said it also has to do with the expanded marijuana supply from cap-ex projects many companies began in 2019 and have since completed.

“Those wheels have been in motion for some time,” Bachtell told me. “We were going to have a strong quarter regardless of COVID.”

He also pointed out that in Cresco’s home state of Illinois, Chicago Mayor Lori Lightfoot was able to avoid laying off 350 city employees thanks to tax revenues from legal marijuana sales. That, he said, is great motivation for other states to pass legalization.

“That’s found money,” he said. “Just dropped from the sky â€” it wasn’t a revenue source the year before.”

Beyond earnings, I moderated panels at CWCBExpo and Prohibition Live. If you caught those, let me know what you thought.


The spread of legal cannabis is projected to create more than 20,000 jobs in the next 5 years. Here’s a look at how many roles are expected to be open for hiring in each state.


The cannabis industry is expected to hire for tens of thousands of new positions in the coming years as new programs in five different states roll out, according to data from the cannabis recruitment platform Vangst. In New Jersey, which recently voted to legalise recreational cannabis, more than 19,000 jobs could be created by 2025.


Canadian cannabis giant Canopy Growth is positioning to enter the lucrative US market after Joe Biden won the US presidency. Canopy CEO David Klein told BI in an interview that the company is looking to bring more of its branding and IP over to the US through its partnership with Acreage Holdings.


Joseph Bayern, who will be stepping into the role of CEO at cannabis giant Curaleaf starting in January, told Business Insider that he’s bullish on the Northeast, now that New Jersey’s legalised cannabis for adult-use. New York could be “could be one of the most compelling markets in the US in the next couple of years,” Bayern said.

Kevin O’Leary of ‘Shark Tank’: Why I’m betting big on psychedelics, and how investors should be thinking about this opportunity

In this op-ed article, the “Shark Tank” investor Kevin O’Leary explains why he and other Wall Street investors are betting big on psychedelic mushrooms. Investors who were burned by bad bets on cannabis startups shouldn’t be afraid to gamble this time, O’Leary says. Psychedelics look different â€” in a good way â€” and the pitfalls that befell early cannabis investors aren’t likely.

Lots of the large multistate operators reported strong earnings this week. Here are the highlights:

Note:
Last week, we included incorrect financials for Green Thumb Industries. The company reported $US157.1 million in revenue and a net income of $US9.6 million

Chart of the week 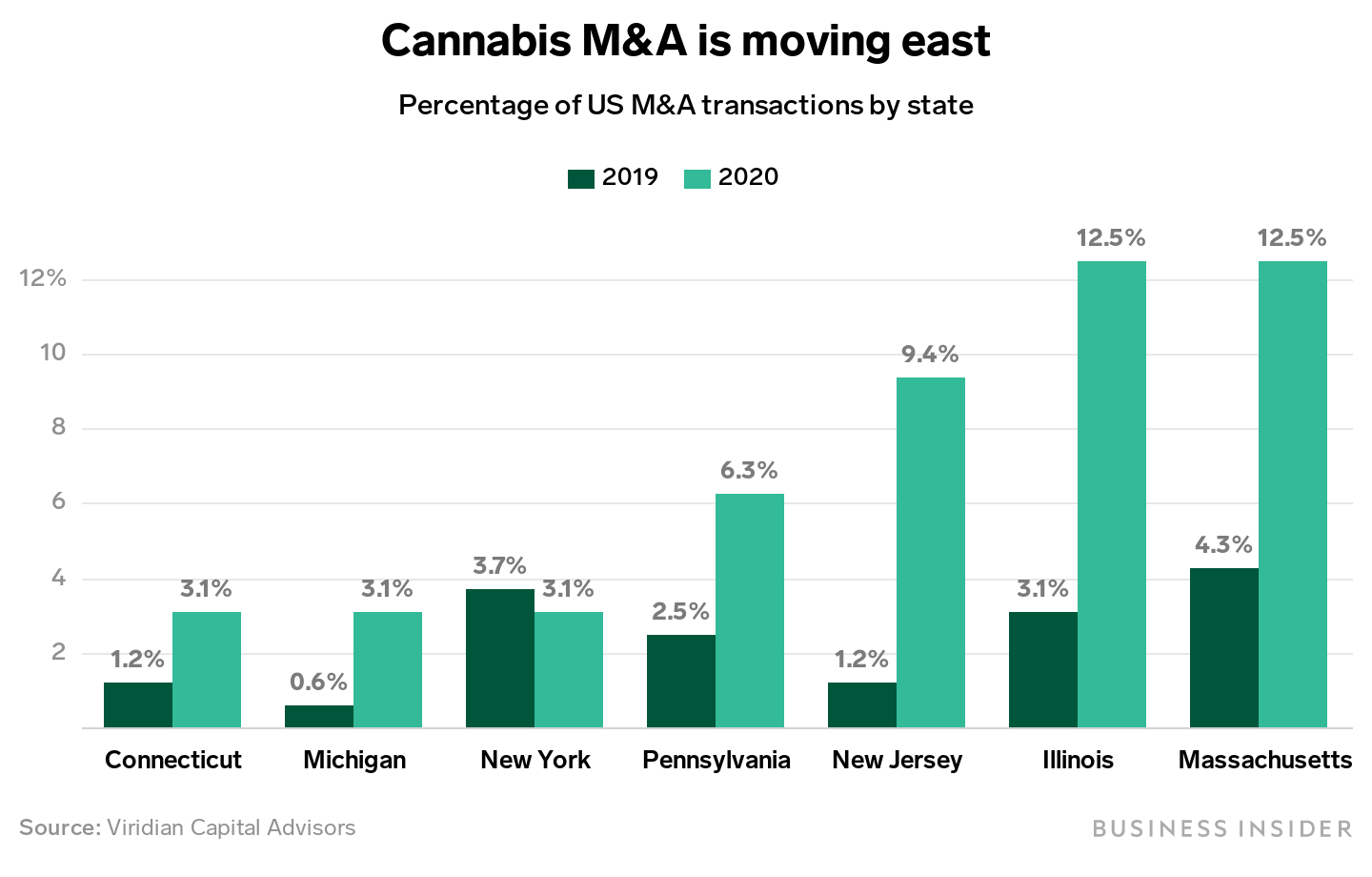 What we’re reading and watching

Mexico may become the third country to legalise cannabis (The Economist)

Finally, New Jersey might be cooler than New York (The New York Times)