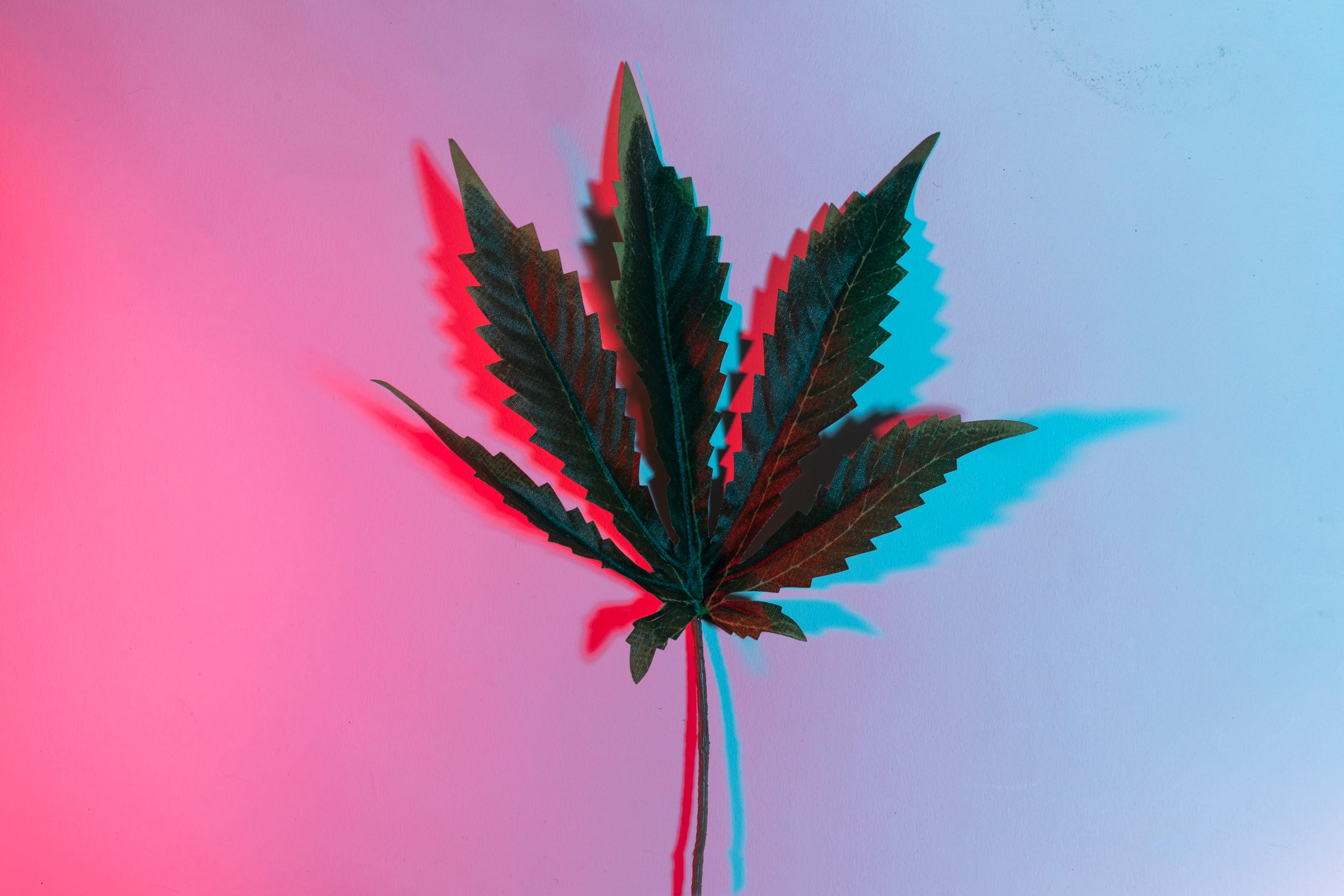 
Welcome to Insider Cannabis, our weekly newsletter where we’re bringing you an inside look at the deals, trends, and personalities driving the multibillion-dollar global cannabis boom.


Sign up here to get it in your inbox every week.

This week’s volatility was brought to you by the WallStreetBets forum on Reddit. As “meme stocks” like Gamestop and AMC fell back to Earth, the forum’s users turned to a new target: cannabis stocks.

The trading frenzy saw shares of Canadian cannabis companies like Sundial and Tilray surge on Wednesday, and slump on Thursday.

We’ve got you covered on the implications of all this â€” and where you should be putting your money instead.

Beyond that, we have a look at how hedge funds with significant investments in cannabis weathered the crash of 2019, and profited in 2020. One fund, JW Asset Management, ended the year up a whopping 146%. You can read that story here.

Yeji took a dive into the emerging psychedelics space, breaking down the top players, their business models, and when to expect their medications to hit the market.


What to know about the major public psychedelics companies, including a guide to their business models and when they expect to sell medications


A year ago, there were just a handful of publicly traded psychedelics companies.

Today, the landscape looks drastically different as psychedelics companies have made the jump into public markets, seeking more capital to develop drugs for regulatory approval, build out networks of clinics, or cultivate and extract psilocybin from mushrooms.

Insider identified the biggest companies in the industry, most of which have gone public within the past year. Here’s what to know about them, including a guide to their business models and when they expect to sell medications.


Reddit traders are piling into cannabis stocks and driving up valuations, but experts say they’re betting on the wrong companies


The traders who hang out on the Reddit forum WallStreetBets have a new target as GameStop shares fall back to Earth: cannabis.

But investors say those looking to bet on US legalization are looking in the wrong place: They should be investing in US companies directly.


Three hedge funds that focus on cannabis generated eye-popping returns by betting on the US, according to exclusive documents


Three hedge funds that have significant holdings in the cannabis industry, including dedicated cannabis funds, shared returns exclusively with Insider. The documents show that after steep losses in 2019, investors who held on were rewarded as the industry recovered.

The biggest cannabis stocks had a wild week. They got slammed on Thursday, after soaring on Wednesday, in part thanks to retail traders spurred by Reddit forum WallStreetBets.

Insider talked to analysts who said that the stocks that are currently experiencing volatile trading aren’t the right companies to bet on. Instead, they said, look to US MSOs.

Chart of the week

The largest cannabis markets in the US will be California, Illinois, Florida, Michigan, and Colorado, by 2025 according to data from New Frontier Data. The data assumes no additional states pass legalization measures and there are no significant federal policy changes: 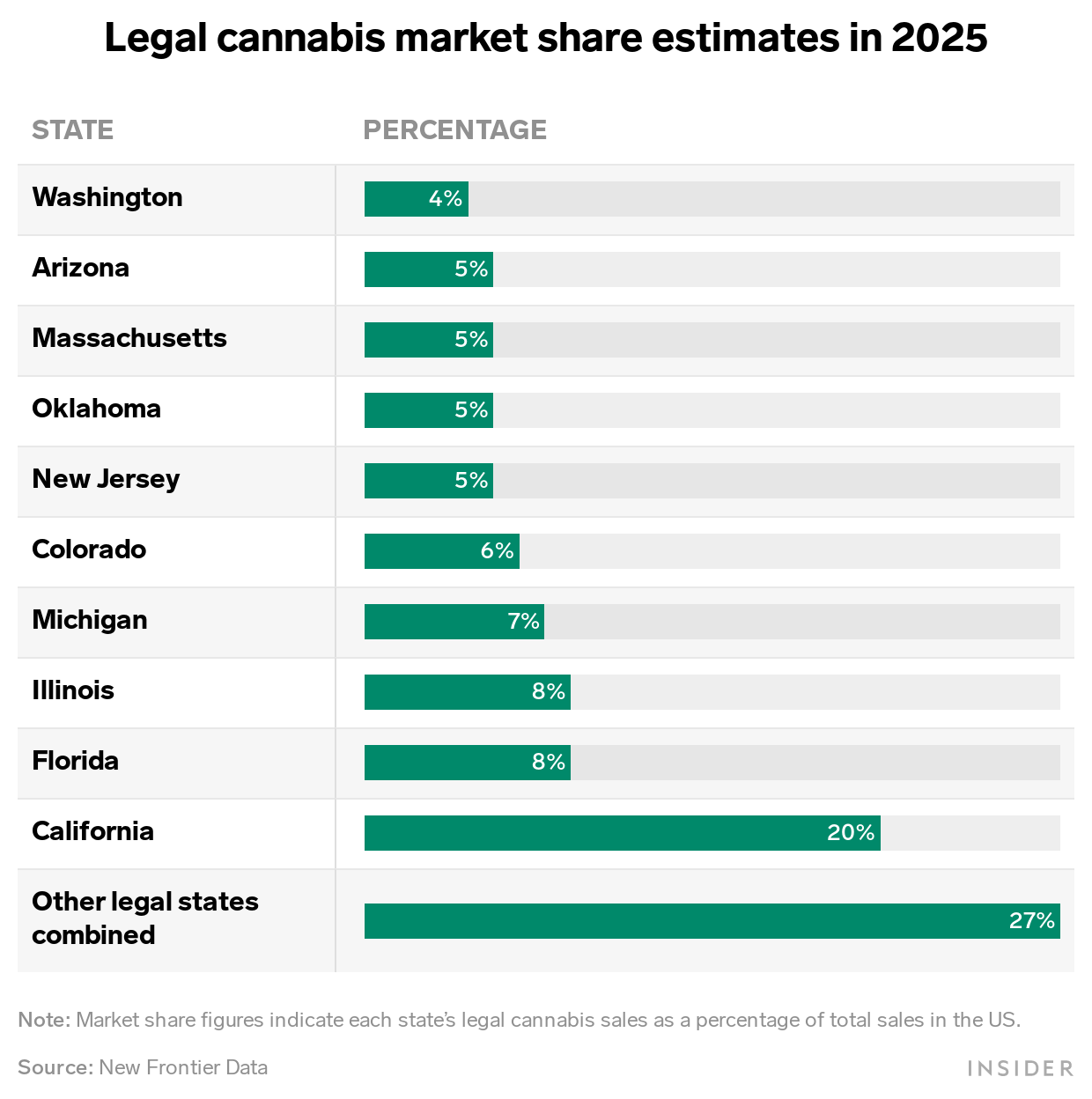 How Tobacco Giant Altria Is Becoming A Cannabis Company(Forbes)

Can a Company Patent the Basic Components of Psychedelic Therapy? (VICE)

Many think weed is already legal in N.J. But cops still make arrests as Murphy, lawmakers haggle over bills. (NJ.com)