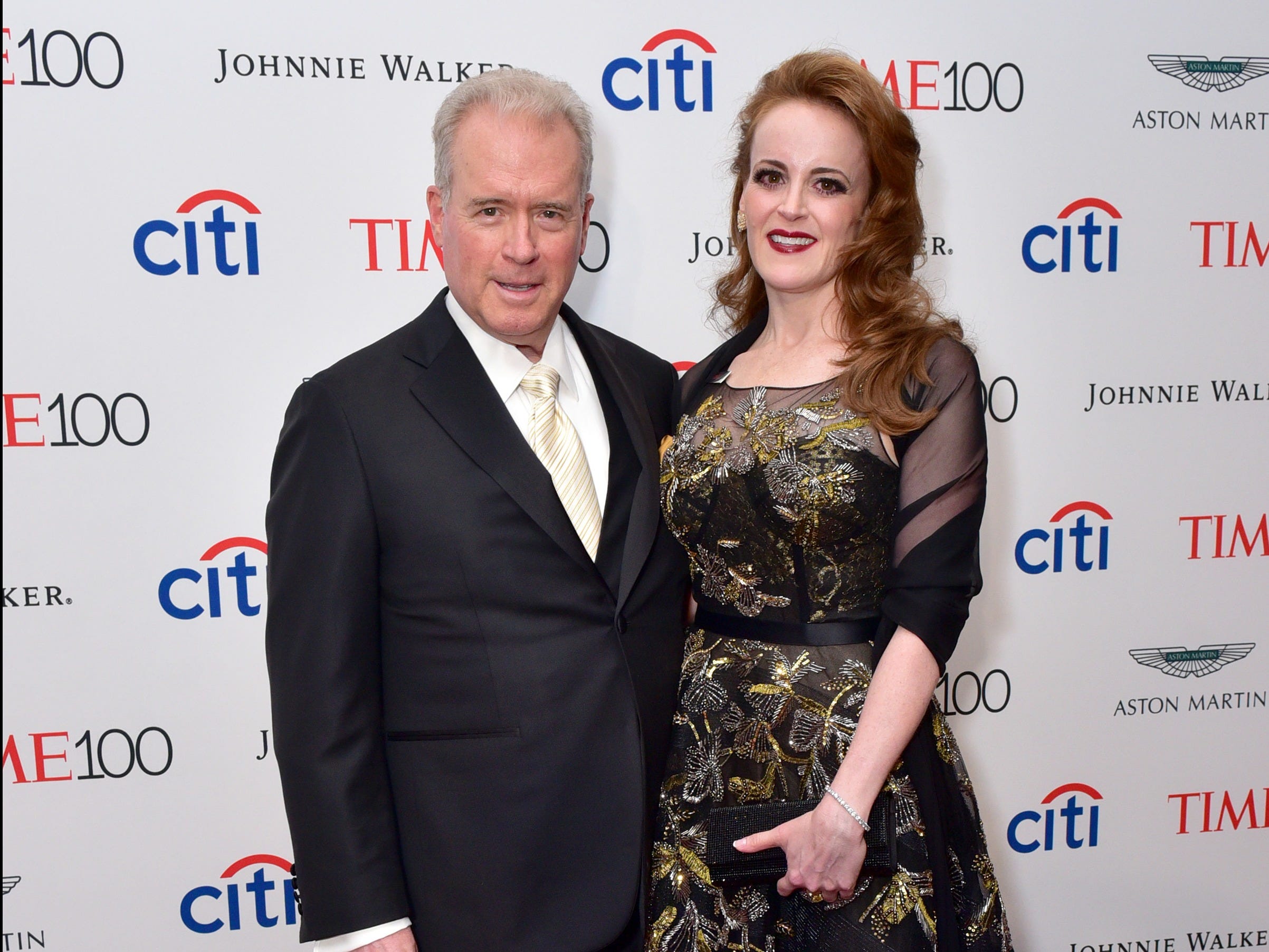 A billionaire donor who bankrolled President Trump’s 2016 campaign has been notably absent during his reelection efforts.

Robert Mercer, a hedge fund manager, donated upwards of $US25 million dollars in the previous election cycle across multiple conservative efforts. So far, Mercer and his daughter, Rebekah, have made a single $US355,200 donation to Trump’s reelection effort.

Business Insider’s David Levinthal reported that one of Rebekah’s associates said “they’re 100, 100, 100% out” which means they likely won’t extend their support to the president in the few months left before November at a time when their monetary support could be key in swing states like Michigan and Florida.

In 2017, Jane Mayer of the New Yorker called Mercer “a brilliant computer scientist [who] helped transform the financial industry through the innovative use of trading algorithms.”

Take a look inside his life and career.

Robert Mercer, one of Trump’s most prominent 2016 donors, grew up in New Mexico and has a PhD from the University of Illinois, Urbana-Champaign. 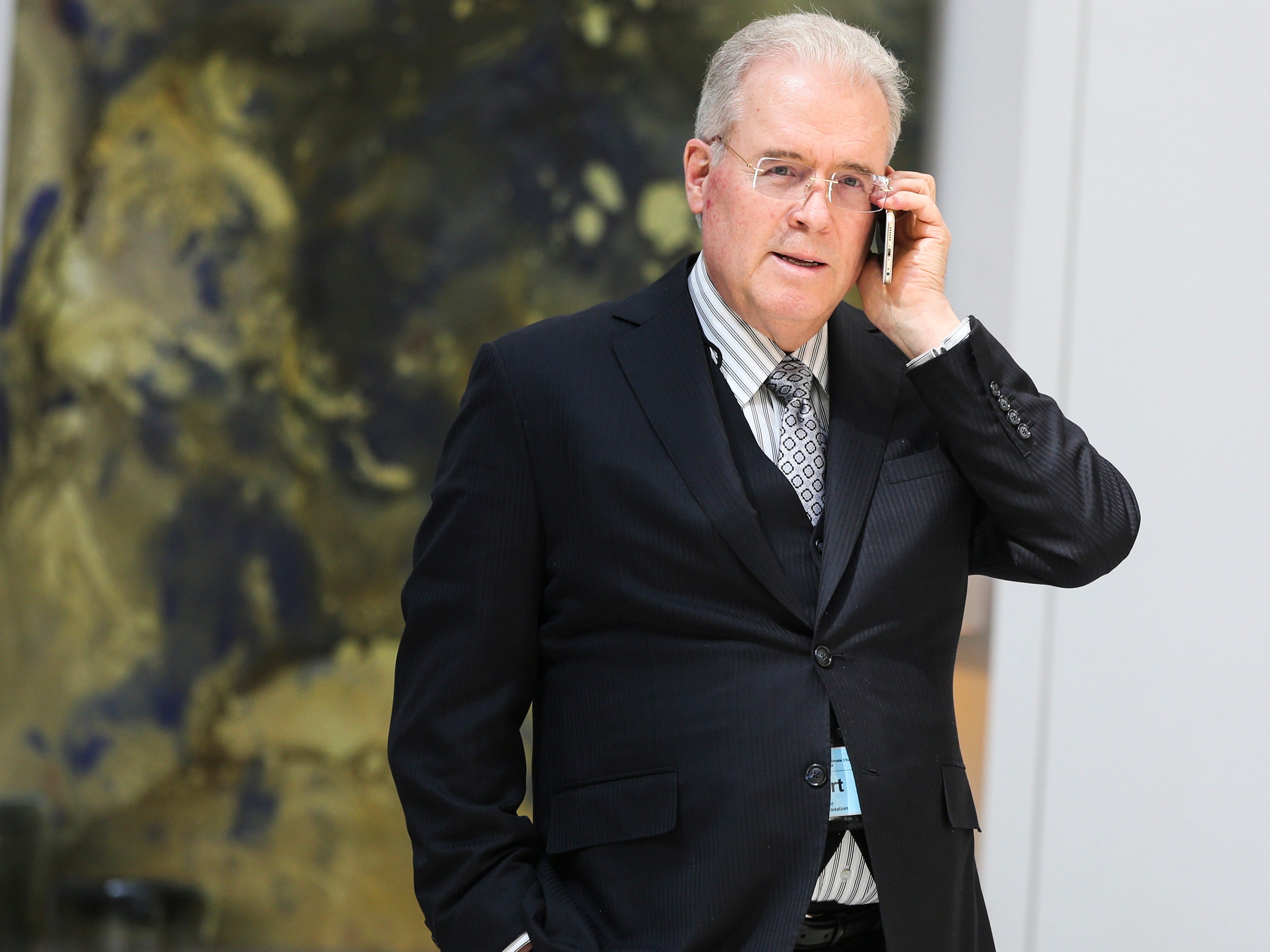 A 2016 Newsweek profile said that Mercer, the son of a Canadian immigrant, took an early interest in coding and computers, courtesy of his father. He worked at an Air Force base as a programmer while attending the University of New Mexico.

Robert and his wife, Diana, have three daughters – Rebekah, Heather, and Jennifer. In Mayer’s 2017 New Yorker profile, an associate of the family said the girls “were in the honour society, and stayed out of trouble.”

The couple raised their children in Westchester, New York, where they all attended public school.

Mercer got his professional start at International Business Machines, the multinational tech company also known as IBM or “Big Blue,” in 1972. 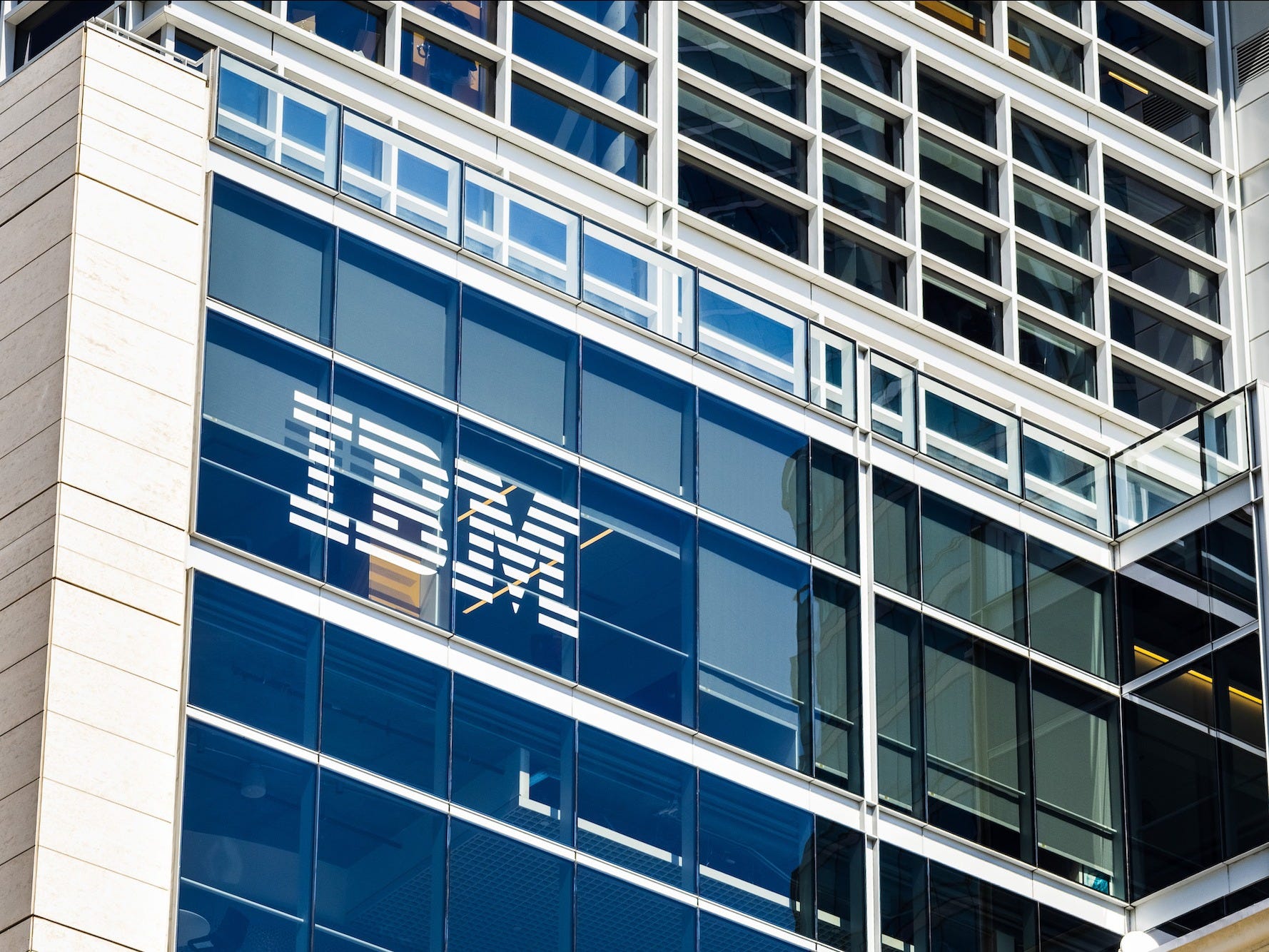 Forbes reported that Mercer worked as a language recognition specialist at IBM, where his team found ways to have computers using statistics to translate languages.

The Association of Computational Linguistics gave Mercer a lifetime achievement award in 2014 for his work with IBM.

In 1993, Mercer started working at Renaissance, a hedge fund, and became co-CEO in 2009. He stepped down from his role in early 2018, when it was valued at $US50 billion. Per reports in The New York Times, his active role in politics ruffled quite a few feathers at the fund.

Mercer was a Ted Cruz supporter at the beginning of the 2016 cycle, before making his way to the Trump camp. 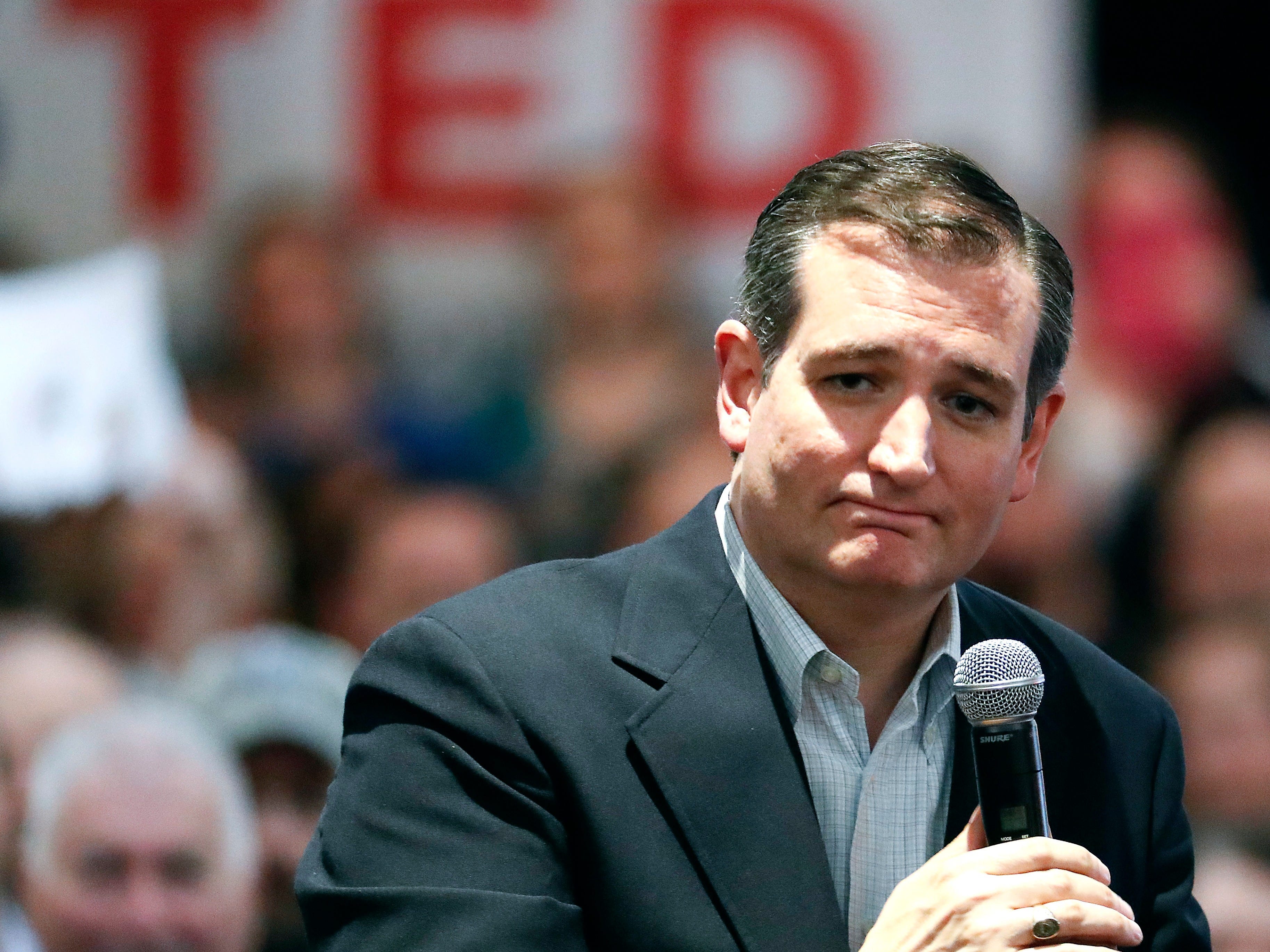 Mercer’s interest and involvement in politics predates Trump’s bid for the oval office.

Jane Mayer quoted an associate of Mercer as saying that the billionaire who is a libertarian who isn’t fond of “the Republican establishment.”

In August 2016, Nicholas Confessore wrote for The New York Times that Mercer had financed conservative and libertarian groups for over a decade. This includes the Cato Institute and endeavours overseen by Charles and David Koch.

He stressed his libertarian values in a letter to Renaissance investors in November 2017. He wrote that people should “assume responsibility for their own actions, and spend the fruits of their own labour as they see fit.”

Before switching his support to Trump, Mercer donated $US13 million to a super PAC committed to getting Ted Cruz elected.

In 2015, The Washington Post included Mercer on its list of “10 most influential billionaires in politics,” along with George Soros, pictured. Mercer was ranked seventh on the list which also included the Koch brothers, George Soros, and Tom Steyer.

Amber Phillips at The Washington Post called him a “tea-party conservative” and said he was a “climate change denier.”

His views aligned with Cruz’s at the time, according to Phillips, who wrote that he has spent big against candidates who want to raise taxes on investors and that Mercer is sceptical of the IRS, which Cruz wanted to abolish.

Some of Mercer’s associates – like Steve Bannon and John Bolton — found their way to the White House once Trump was elected. 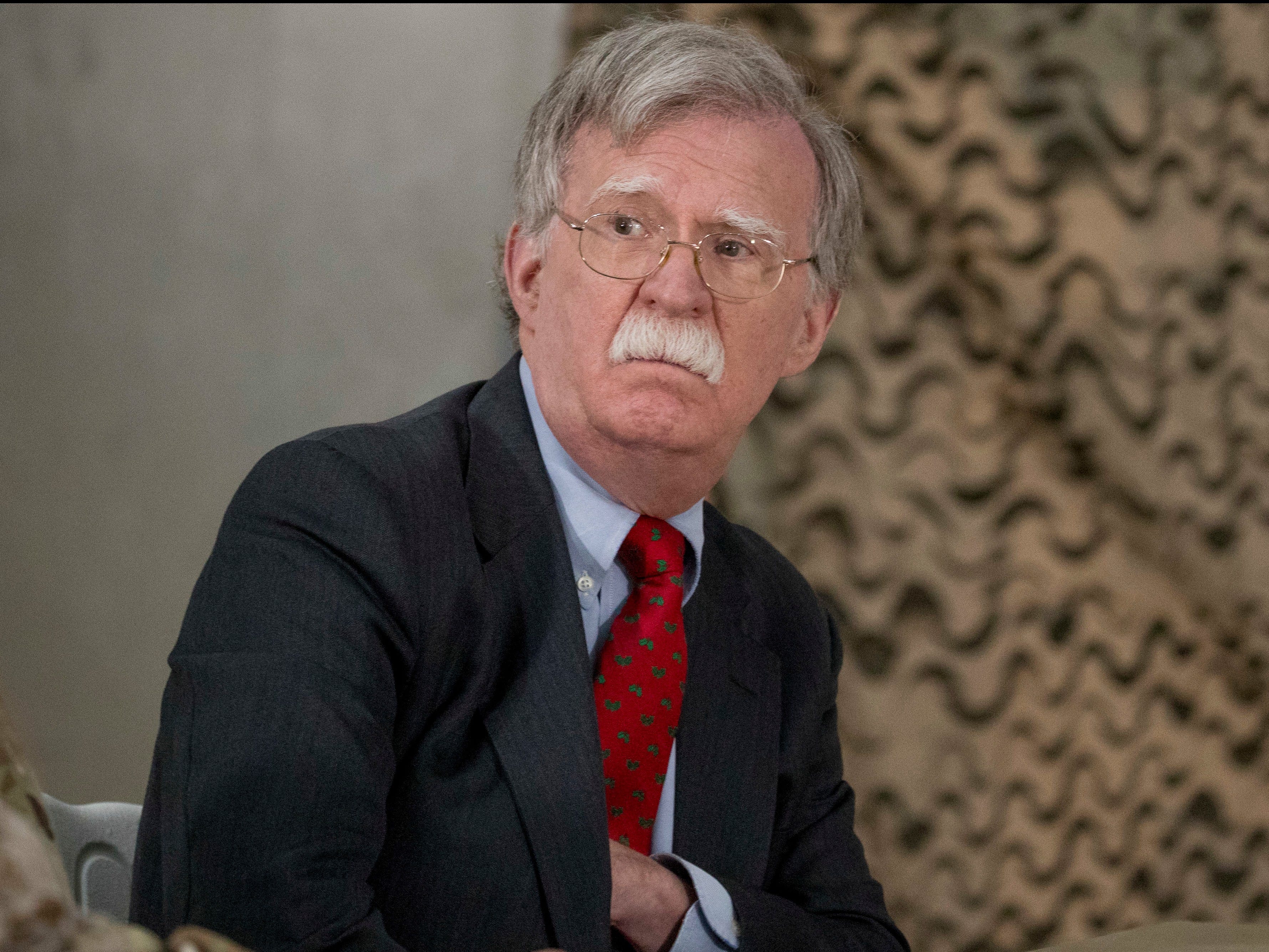 Mercer was also said to have favoured John Bolton, who served as national security adviser between 2018 and 2019.

Trump recently called Bolton “a dope” in response to the latter’s book “The Room Where It Happened,” which described Trump’s conduct leading up to his impeachment by the House of Representatives. Bolton declined House Democrats’ request to testify during Trump’s impeachment inquiry and was not called by Senate Republicans to testify at the trial, having said he would only testify pursuant to a subpoena.

Mercer was a key investor in Cambridge Analytica, the firmed that mined approximately 50 million Facebook profiles for private data. 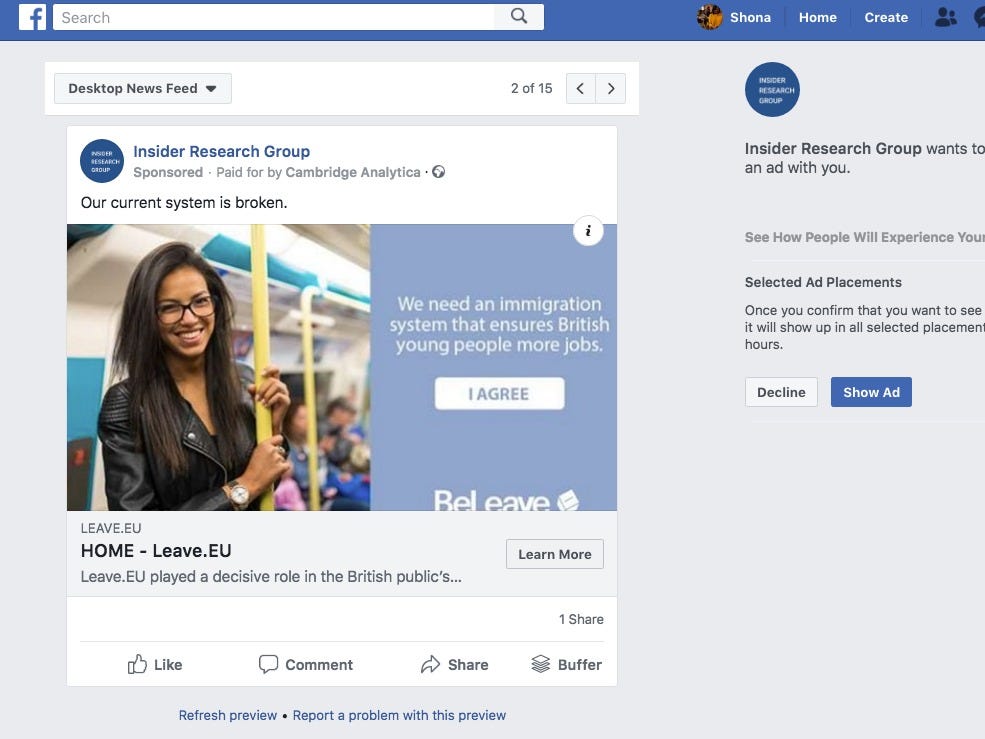 Mercer invested at least $US15 million in Cambridge Analytica,CNBC reported.

The firm attracted notoriety, and an FBI investigation, when it was discovered to have mined user profiles to gather data.

Trump’s campaign hired Cambridge Analytica in June 2016 to help target ads using voter data gathered from millions of adults in the US, and a whistleblower eventually revealed that Cambridge Analytica improperly obtained personal data from over 87 million Facebook users.

In 2011, Mercer invested $US10 billion in Breitbart, per Bloomberg. He has since sold his stakes to his daughters. 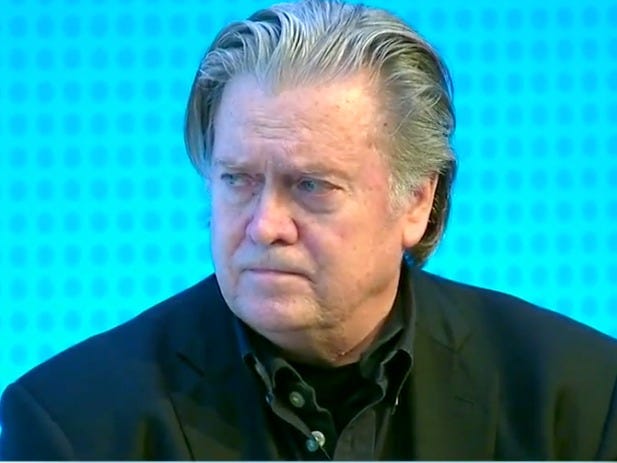 In a November 2017 letter to investors at Renaissance, he said that he had “great respect” for Steve Bannon, a former Breitbart executive. “However, I make my own decisions with respect to whom I support politically. Those decisions do not always align with Mr. Bannon’s.”

Mercer went on to share the news in the same letter that he was selling his stake in the far-right website that was also at one time home to the controversial figure Milo Yannopoulos.

Mercer is famously reticent — something well documented across multiple profiles. 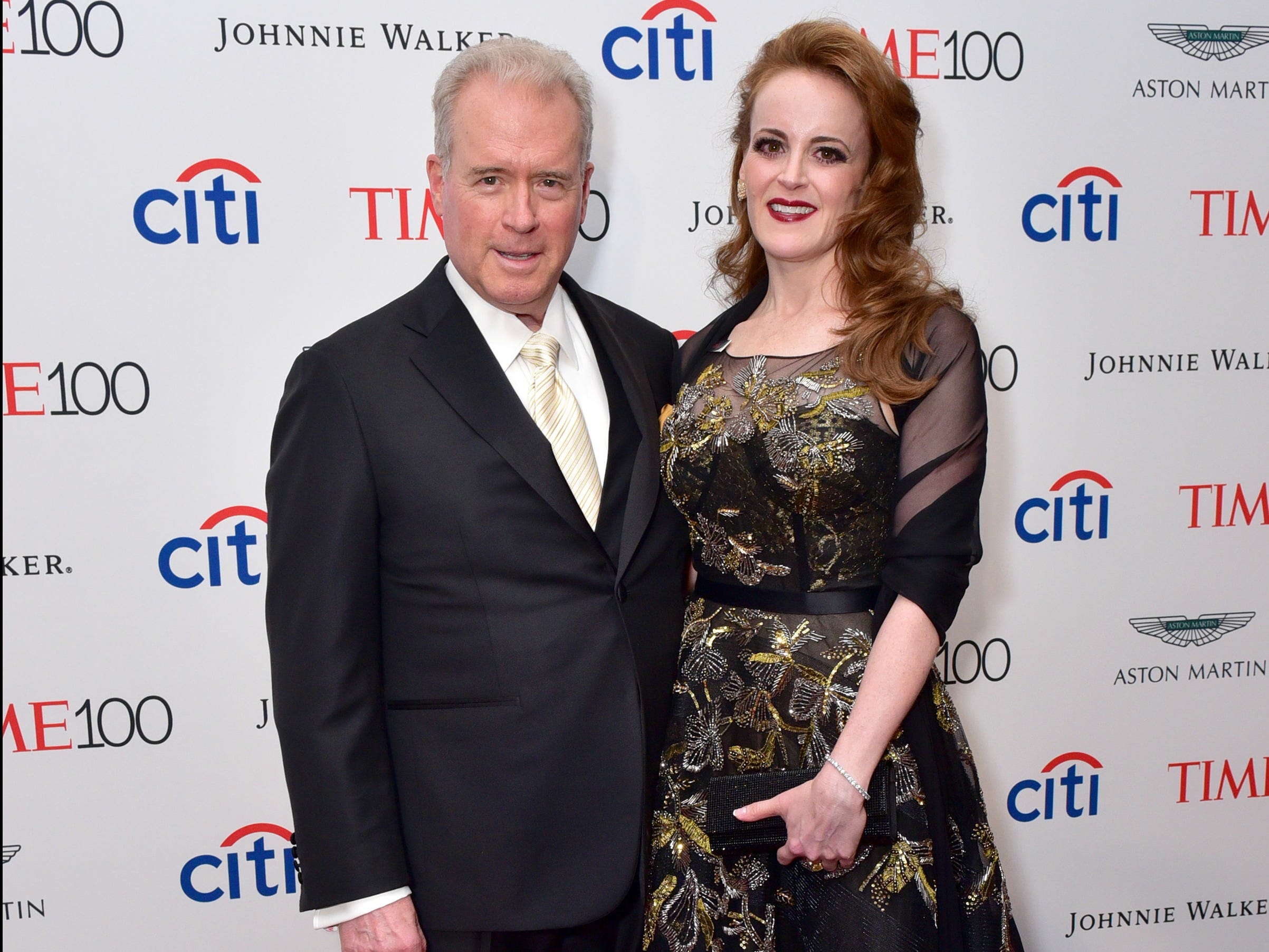 Various profiles of Mercer describe him as “mysterious” and “reclusive.“

In 2010, he told The Wall Street Journal, “I’m happy going through my life without saying anything to anyone.”

A family friend told The New Yorker’s Jane Mayer: “he was very quiet – he didn’t talk to anybody.”

He’s described as “an icy cold poker player” and “an automaton” at various points in the 2010 book “More Money Than God.”

Mercer and his wife live in Long Island, New York, where he is reported to enjoy building model train sets. 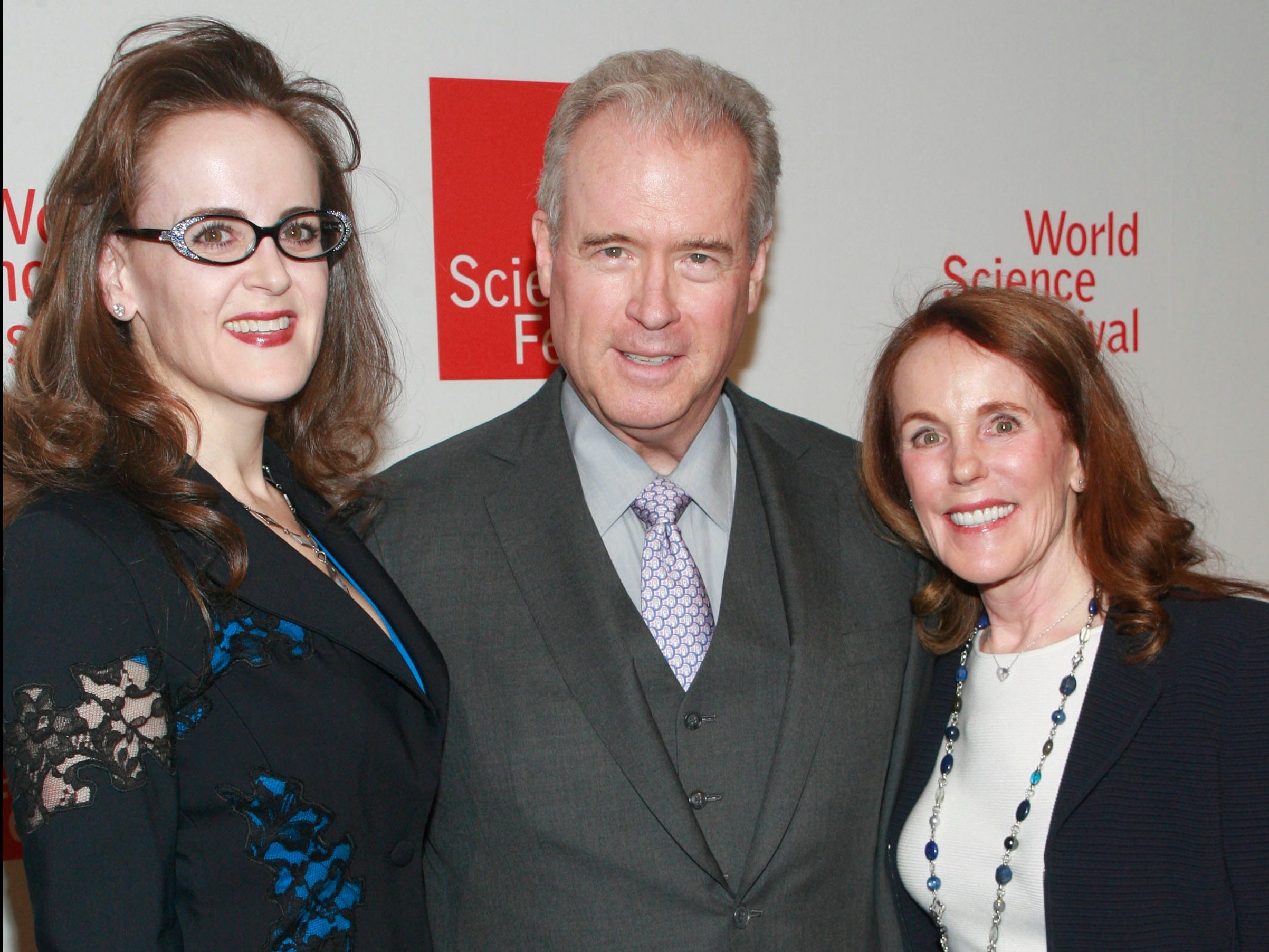 According to his Forbes profile, he’s currently a resident of Mount Sinai in Long Island.

Mercer has a $US2.7 model train set in his basement, The New Yorker reported. In 2009, he filed a multimillion-dollar lawsuit against the contractor for overcharging him for it. The case was later settled.

In addition to model trains, he also takes an active interest in firearms and has accrued a number of pistols and machine guns, as reported in multiple outlets including Bloomberg.

Bloomberg was first to report that Mercer kept a home in a New Mexico town, Lake Arthur, where he had volunteered with the local sheriff’s department. This enabled Mercer to carry a concealed weapon in any US state – a perk reserved under US law for law enforcement officers only. Mercer had given up his badge months before the Bloomberg report, and the mayor of Lake Arthur shuttered the volunteer program weeks after it was published.

Mercer owns a superyacht called “Sea Owl” that was valued at $US75 million in 2017.

Mercer’s absence from the 2020 election cycle has been conspicuous, considering his megadonor status in 2016. 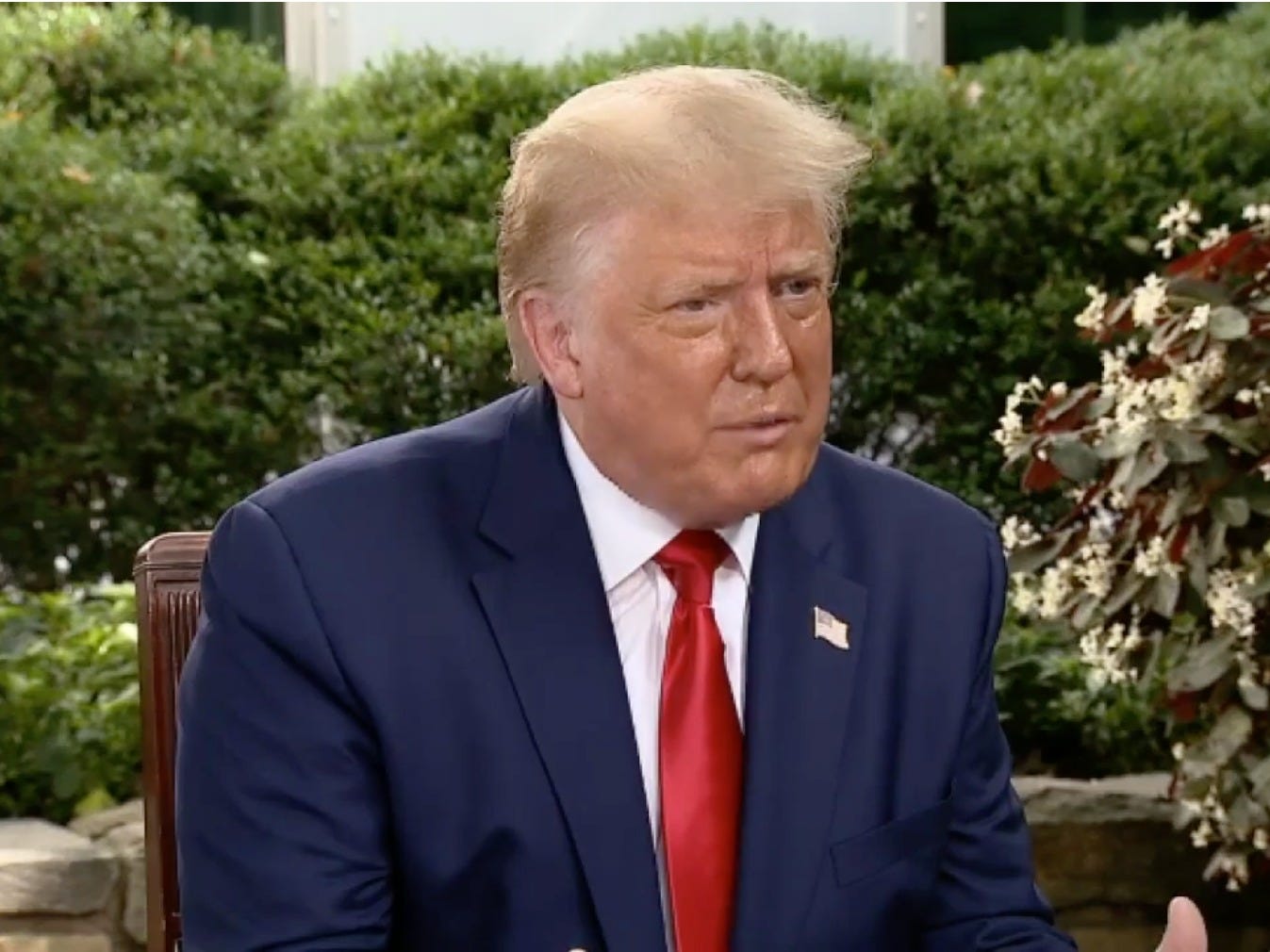 Dave Levinthal spoke to multiple Mercer associates who told Business Insider that “they have all but abandoned the embattled president.”

This appears to, in part, stem from legal troubles that Cambridge Analytica and Make America Number 1, a pro-Trump super PAC, have faced in the past couple of years.

“The Mercers seem to have realised that Trumpism isn’t the path they want to pursue in the future, that it’s a bad investment now,” Mark Groombridge, a Bolton aide, told Levinthal.