Inside the coronavirus-enforced postponement of the 2020 PFL season, and how the company intends to return stronger than ever 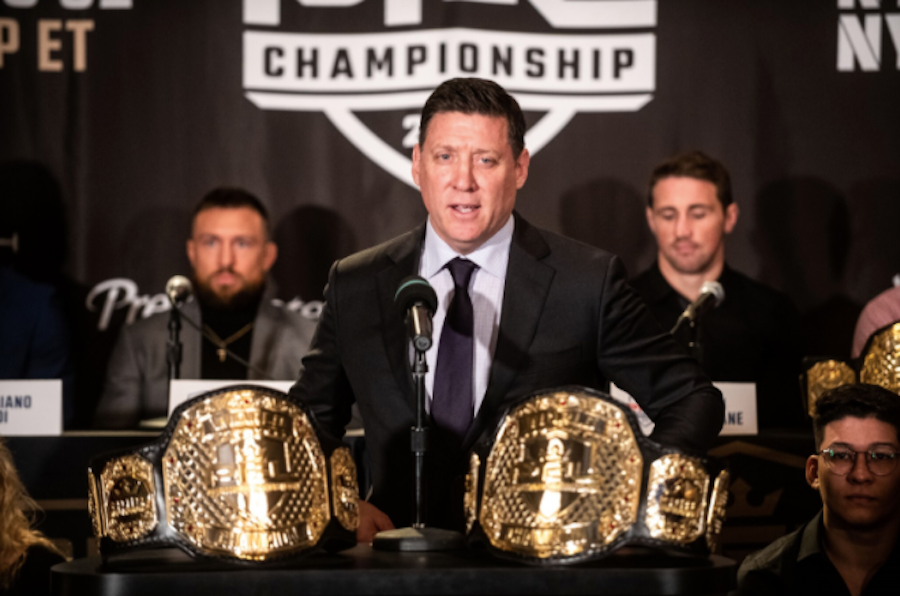 Photos by the PFLPeter Murray, CEO of the Professional Fighters League.

The Professional Fighters League is used to being an outlier in the combat sports landscape.

Unlike other mixed martial arts firms where athletes vie for rankings in standalone matches, the PFL has a league structure with a play-off and a post-season.

Every year builds toward a big, New Year’s Eve show where 12 fighters compete against one another in different weight classes. The six winners leave the arena with a $US1 million check each.

The PFL stayed true to that outlier tendency in 2020 as it was the only major fight firm to postpone its entire year when the coronavirus infection rate began escalating around the world.

Other MMA businesses scrambled behind-the-scenes to get back to business. After a brief period of live event cancelations, the UFC returned to operations in May, while One Championship and Bellator MMA restarted their calender of live events last month.

“We applaud the UFC as MMA really ushered sports back,” the CEO of the PFL, Peter Murray, told Insider.

Murray’s company, unlike its rivals, will not be up and running again until April next year, when its 2021 season begins.

“For us, it would have been impossible to execute our season,” he said. “For safety, and also preservation of our season format since we’re still an early-stage company and league.

“With respect to COVID, based on our decision, I continue to feel it was the right move. Is it frustrating for us, the fighters? Of course. But with fighters from 25 different countries, the need for safety, maintaining the integrity of a season model where fighters fight five times over seven months if they make it to the championship. All the travel and everything involved in that … impossible.

“But I’m excited about next year,” Murray said. “We’ll have the learnings, perhaps a vaccine and other treatments in place. We’ll be made for TV, ESPN is on board as our partner, and we’ll have our own form of a bubble.”

PFL has been working on content offerings and athlete recruitment 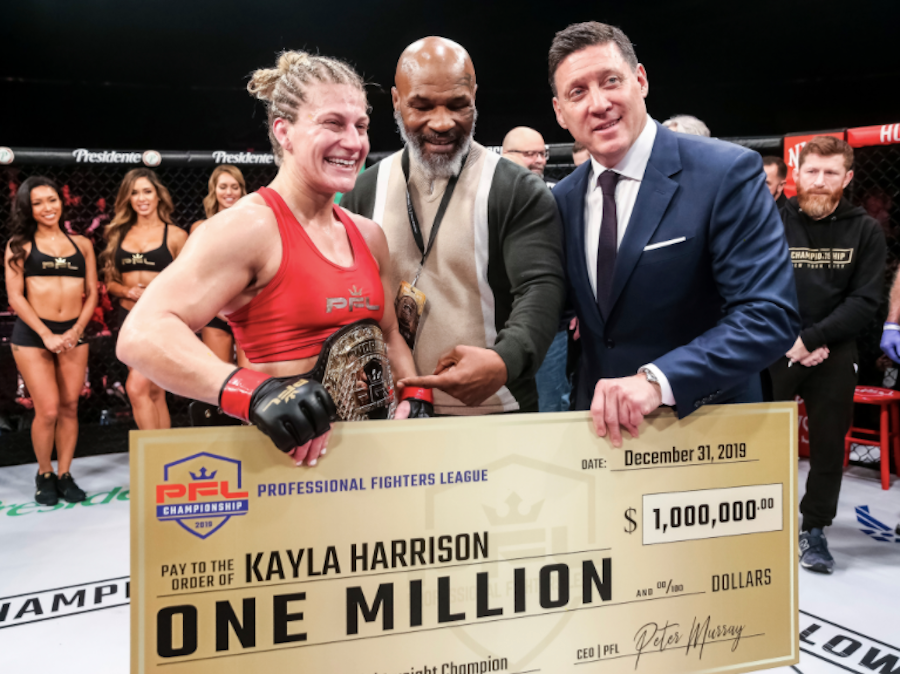 Photo by PFLMike Tyson has been helping hand out the $US1 million winners checks.

Regardless of the season’s postponement, the PFL has been kept busy during lockdown.

“Believe me, there’s plenty to do! Every day it’s like we’re working harder than when we were in live event mode,” Murray said.

“Our focus has been on, number one – ensuring the PFL maintains its relevancy and drives awareness inside and outside the US, leaning on content.”

Integral to this, Murray said, is PFL Studios which tells audio-visual stories about MMA, the PFL, and PFL’s athletes.

There’s also now a PFL MMA app, launched this month and available on Apple TV, Roku, Fire, Android, and iOS devices, which is a platform for those PFL Studios stories, together with the company’s archival footage of live events.

“We launched PFL Studios which is long and short-form content distributed by ESPN,” Murray said.

The next step, he added, is to “refine our product, expand distribution, and further establish our season format and event model.”

Sports business news publication Front Office Sports reported this year that TV ratings for the PFL had risen 95% year-on-year, with 2019 figures in the US 50% higher than the year before.

Murray told Insider the rising viewer figures show that MMA fans support and have interest in the PFL, and would “consume more content.”

This means the business plan now, is “to go direct to consumer,” according to Murray.

“49% of all sports is consumed on mobile devices and soon in the coming years, mobile will overtake TV. But as it relates to OTT [over-the-top, a term for content streamed through devices like Smart TVs], and the role it plays in content, media, and sports, it will continue to grow.”

“We are excited to launch the first ever PFL OTT platform,” Murray said. “Our focus and model is, it’s free, and provides fans access to premium MMA content specifically full PFL fights in our archive, stories, access to fighters, and exclusive never-before-seen footage.”

The PFL was previously known as the World Series of Fighting (WSoF), which helped develop current UFC stars Marlon Moraes and Justin Gaethje. The full WSoF archive will also be made available on the app. 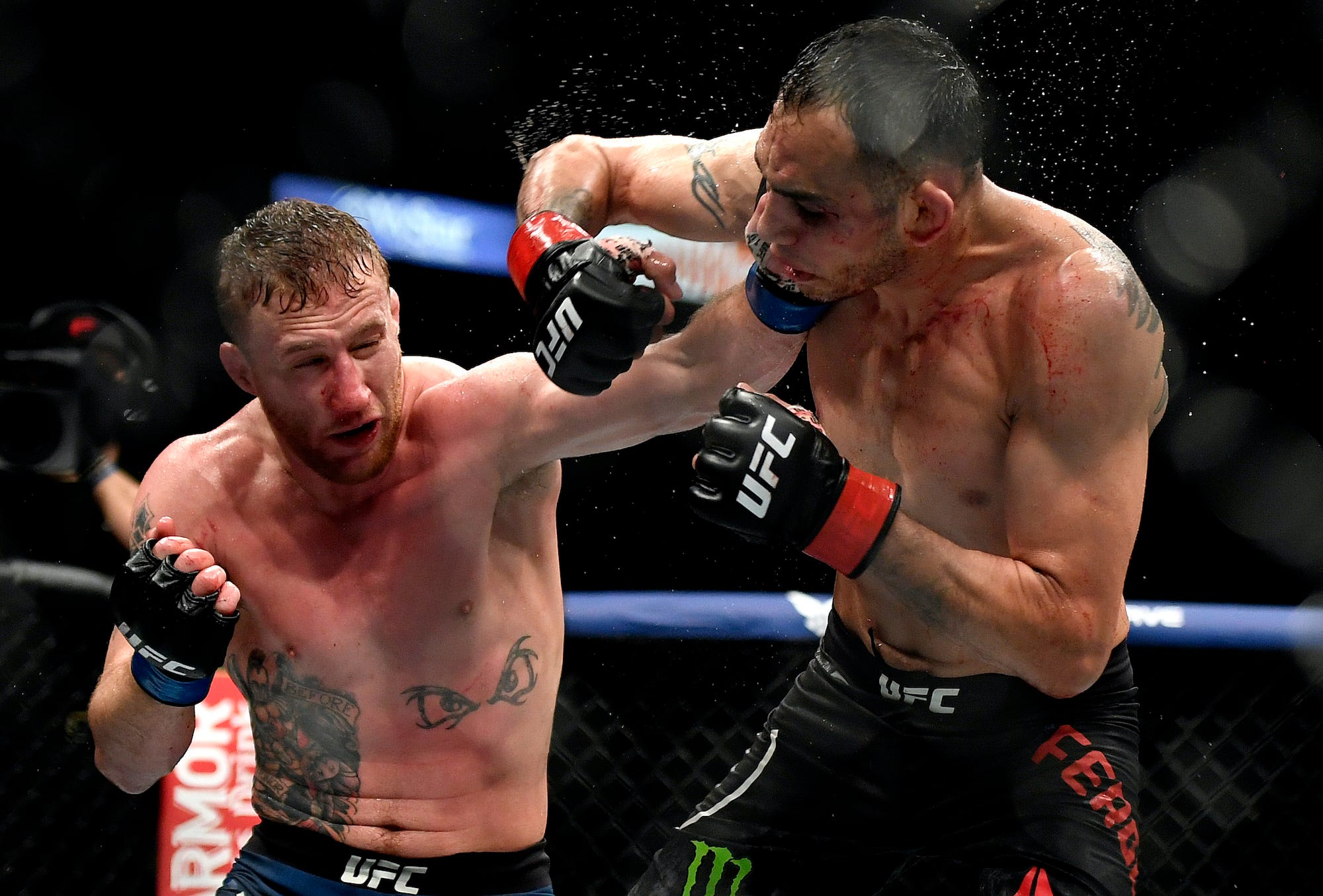 The PFL is unofficially calling the app “Fight Central” – which could, perhaps, one day rival UFC Fight Pass, a video streaming service with an on-demand library of more than 20,000 fights from 35+ fight promotions.

For now, though, the PFL is focused on its own content. “We’re focused on engaging our archival content,” Murray said.

“The main driver of launching our PFL platform is international,” he said. “There’s explosive growth in the sport outside the US and the demand for quality MMA is there. So this gives us the opportunity to go direct-to-consumer.”

Murray said data from its recently-launched app could determine where future events are held as it intends to globalize its business in the coming years.

“That data is extremely valuable as we grow our fan-base and can identify where there are opportunities and interest, as well as locations where to stage events, absolutely.

“Looking forward to next year, staging events tied to our regular events and other extensions internationally [will be happening].

“There’s great demand in Europe, Asia, Latin America, and obviously Russia. We will be staging events in 2021 outside the US, going much deeper in 2021. We have certain [non US] destinations bidding to host our global championships.

The PFL has worked hard to create its own stars like two-time PFL champion Lance Palmer and Kayla Harrison, or further develop the careers and name-value of others, like Magomed Magomedkerimov and Ray Cooper III.

But it’s also continually looking to optimise its roster with talented and in-demand free agents.

The debut of American fighter Rory MacDonald when the season restarts is highly-anticipated, for example.

And there are big-name free agents available right now, like Paige VanZant, known for her Dancing With The Stars appearances and Instagram modelling as well as her fighting, and veteran heavyweight Fabricio Werdum. 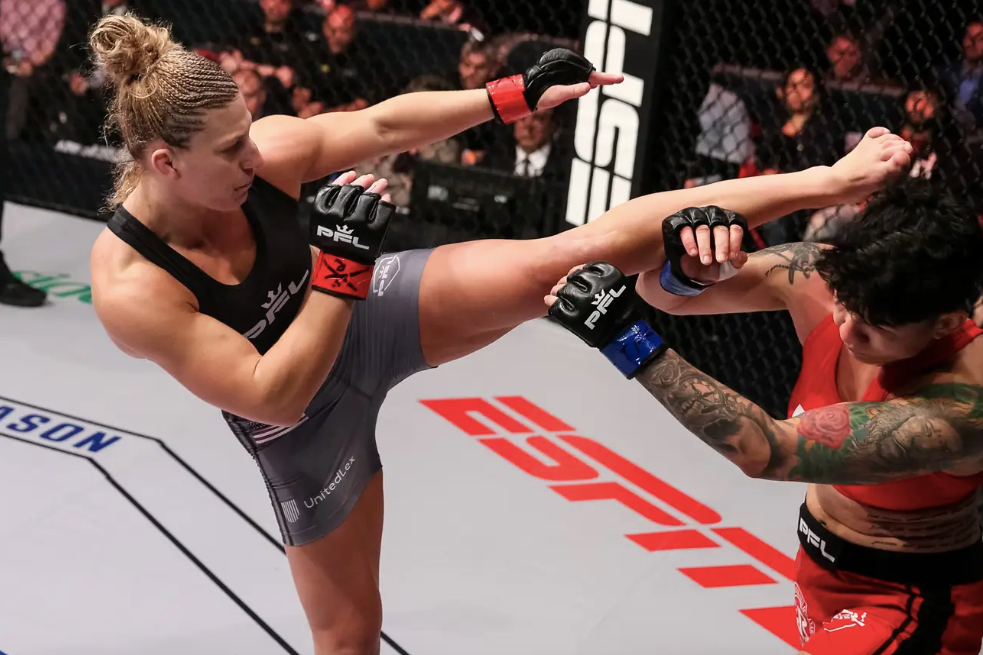 Professional Fighters LeagueKayla Harrison is already a PFL champion and millionaire after only seven fights.

Recruitment is ultimately a decision for the PFL president and head of fighter operations Ray Sefo, Murray told us, but he did call VanZant “an incredible athlete” who “is in the mix.”

He said: “Ray is having all those relevant conversations. Paige and others … are planning to go into free agency. When fighters are available, that’s when the PFL engages.”

Murray said the lure of a $US1 million check should you win the championship match at the end of a season could be enough to tempt certain fighters.

“We’ve got two successful seasons under out belt,” he said. “We’ve written 12 million dollar checks and crowned champions. It’s a different conversation now than when it was two years ago when people thought we were out of our minds.

“PFL is in every major conversation, athletes rolling off their existing contracts. We’re part of changing the game, a global leader in MMA, and a different type of opportunity and journey which really speaks to athletes which is about meritocracy.

“We’re proud of our stars like Rory MacDonald, Kayla Harrison, and Ray Cooper.

“COVID has given us time to further engage in the athlete marketplace with top athletes and top managers. They’re looking for alternatives. And we’ll be competitive in that marketplace even if we’re selective because we have a limited number of roster openings for next season.

“We are opening the checkbook for top tier talent. I’m talking top five, top 10. You’ll see more fighters go into free agency, controlling their destiny. And PFL will be in the mix.”

Though PFL won’t restart its combat calendar for another nine months, it appears determined to use this downtime to come back stronger than ever.