Seventeen years after its founding, Palantir Technologies clings to its carefully cultivated reputation as a secretive, vaguely sinister digital enabler of government hyper-surveillance and political control.

But digital omniscience was only half of Palantir’s promise – it was also supposed to make money. It was one of Silicon Valley’s first legendary unicorns, a brash upstart that would use technology to upend the world of government contracting. Because it treated internal financial data with almost as much secrecy and furtiveness as its classified work, Palantir’s condition as a business is a mystery to most outside observers. That will all change later this summer, when it is expected to finally – after a nearly two-decade delay almost unheard of for a venture-backed company – publicly file paperwork with the Securities and Exchange Commission announcing a public listing.

The move will at long last shine a light on Palantir’s finances and put an indelible public price tag on a company that has thrived – reputationally, at least – in the shadows. On the eve of Palantir’s long-awaited coming out, Business Insider spoke with nearly a dozen former employees, investors, and industry experts about the state of the business, uncovering its deepest, darkest secret yet: Despite the cloak-and-dagger image, most of Palantir’s work is mundane enterprise technology contracting that is more Bill Gates than Lisbeth Salander. What began at the turn of the century as a private venture-backed magical spy outfit will finally hit the public markets later this year as a glorified human-resources vendor.

Are you a current or former employee at Palantir? Contact this reporter at [email protected] or DM on Twitter at @beckpeterson.

Subscribe to Business Insider to read the full story 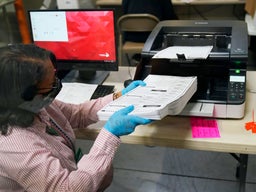