Prices of used cars and trucks skyrocketed as the economy reopened and powered much of the US’s stronger inflation over the last few months.

It’s the latest development in a debate engulfing economists over whether strong inflation will stick around and endanger the recovery, or fade away as the economy normalizes. Soaring prices for used vehicles sat at the center of the debate.

But the surge already seems to be over.

Used vehicle prices rose just 0.2% in July, the Bureau of Labor Statistics said Wednesday. That’s the weakest inflation in that category since February, when prices slid by 0.9%. It also marks a sharp deceleration from the previous three months, which each saw prices climb at least 7.3%.

From April to June, used vehicles were easily the single-largest contributor to soaring inflation. The reasons were simple. A global semiconductor shortage hampered auto production, forcing Americans to eye used vehicles instead. Since the supply of used vehicles is fairly limited, the sudden uptick in demand left dealers raising prices at breakneck speed.


Now, that growth has practically slowed to a standstill. The drop helped the core Consumer Price Index – a popular inflation gauge that leaves out quickly changing food and energy costs – climbed 0.3% in July, short of the 0.4% estimate. The standard CPI gauge rose 0.5% last month, matching estimates and marking a slowdown from June’s 0.9% leap.

For most economists, the tepid inflation for used vehicles probably wasn’t a surprise. The consensus view around inflation maintains most of the overshoot is linked to supply shortages and the sudden reopening of the US economy. While Americans immediately boosted their spending when lockdowns ended, producers weren’t so quick to respond. That mismatch helped inflation swing higher in recent months.

Yet as supply chains heal and demand wanes, experts anticipate that faster price growth will fade. The Biden administration and the Federal Reserve hold the same view, with the latter repeatedly characterizing the stronger inflation as “transitory.” While the Wednesday CPI report is just one set of data, it suggests the consensus outlook could prove correct.

Used cars are among those factors set to soften. The bank expects prices for used cars to decline starting in September.

A similar trend emerged in airline tickets, which saw prices skyrocket as people got back to traveling. Fares dipped 0.1% in July after rising sharply through summer. Prices still sit nearly 10% below pre-pandemic levels, and high-frequency travel data suggests the recent uptick in virus cases could lead ticket inflation to flatline for some time, the economists said.

The transitory argument, then, is winning out. And with the Delta variant threatening new economic restrictions, strong demand is likely the least of economists’ concerns. 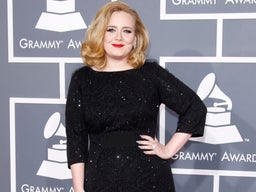 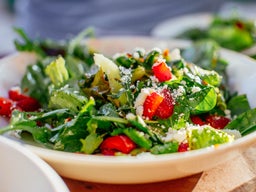