This $2,800 inflatable camping tent that can turn even a tiny car into a camper and sleeps 2 adults — see how it works 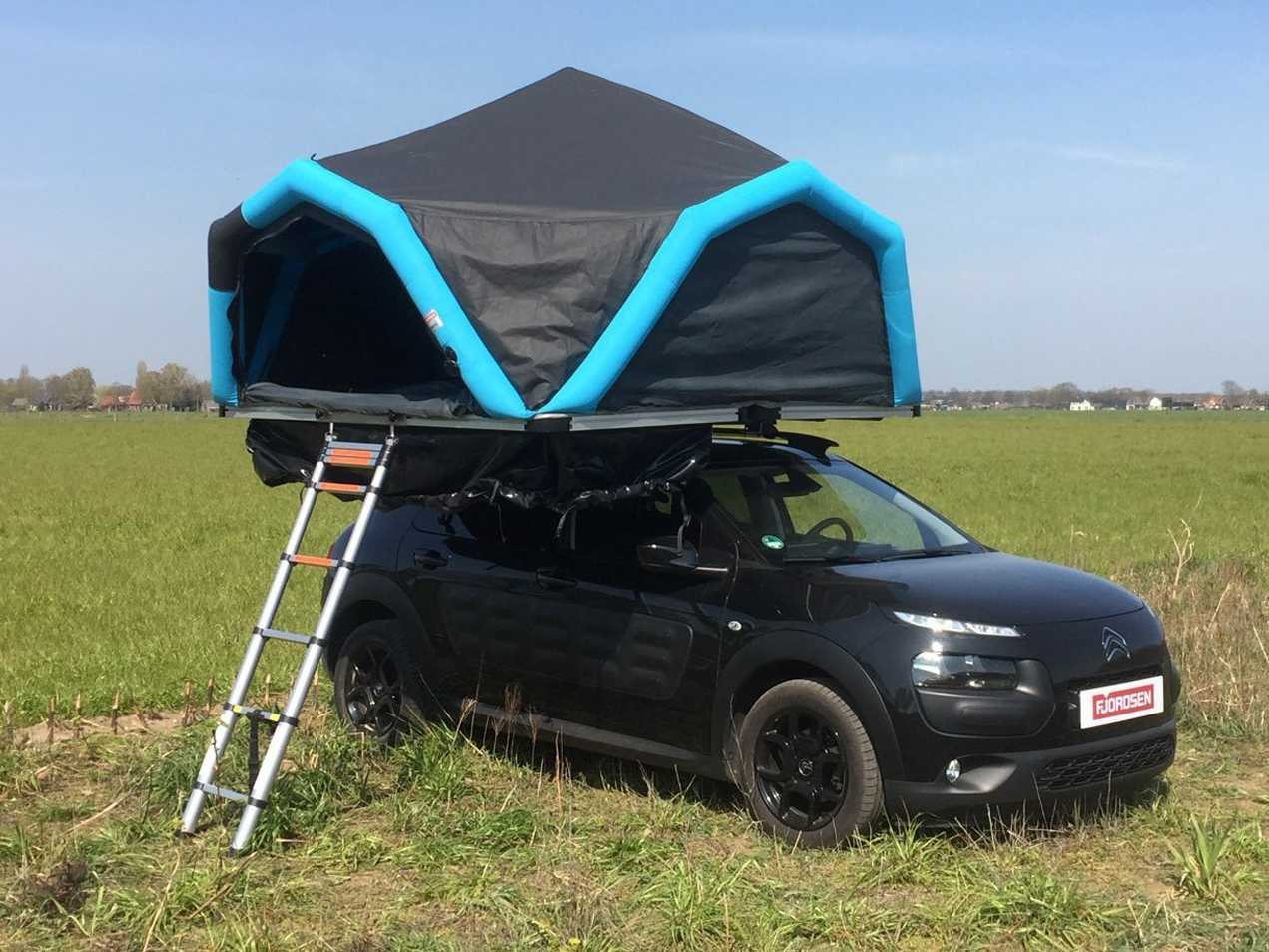 The Netherlands-based Fjordsen created an inflatable Fjordsen Rooftop XL Tent that can be mounted onto the roof rack of a car to turn almost any vehicle into a makeshift camper.

The tent can fit on a majority of cars, according to Fjordsen. This includes compact and midsize vehicles – like the Mini Cooper, ToyotaCamry, HondaAccord, and VolkswagenBeetle – as well as SUVs like the Audi Q8, Honda CR-V, and Volvo XC90. It can also be mounted on fully electric vehicles such as the Tesla Model 3.

In total, the camping tent can fit up to four people – two adults and two children – while inflated and fitted atop a stationary car.

Besides its roof rack mounting capabilities, the Rooftop XL Tent has the same features as many traditional ground-based camping tents. For example, there are four windows, which allows for a view of the outdoors while cosy inside the tent.

Fjordsen Rooftop XL Tent starts at €2,650, about $US2,871, which includes a ladder and the compressor air system that inflates the tent.

According to Fjordsen, a stationary car’s roof can handle between 441 pounds to 882 pounds of weight. 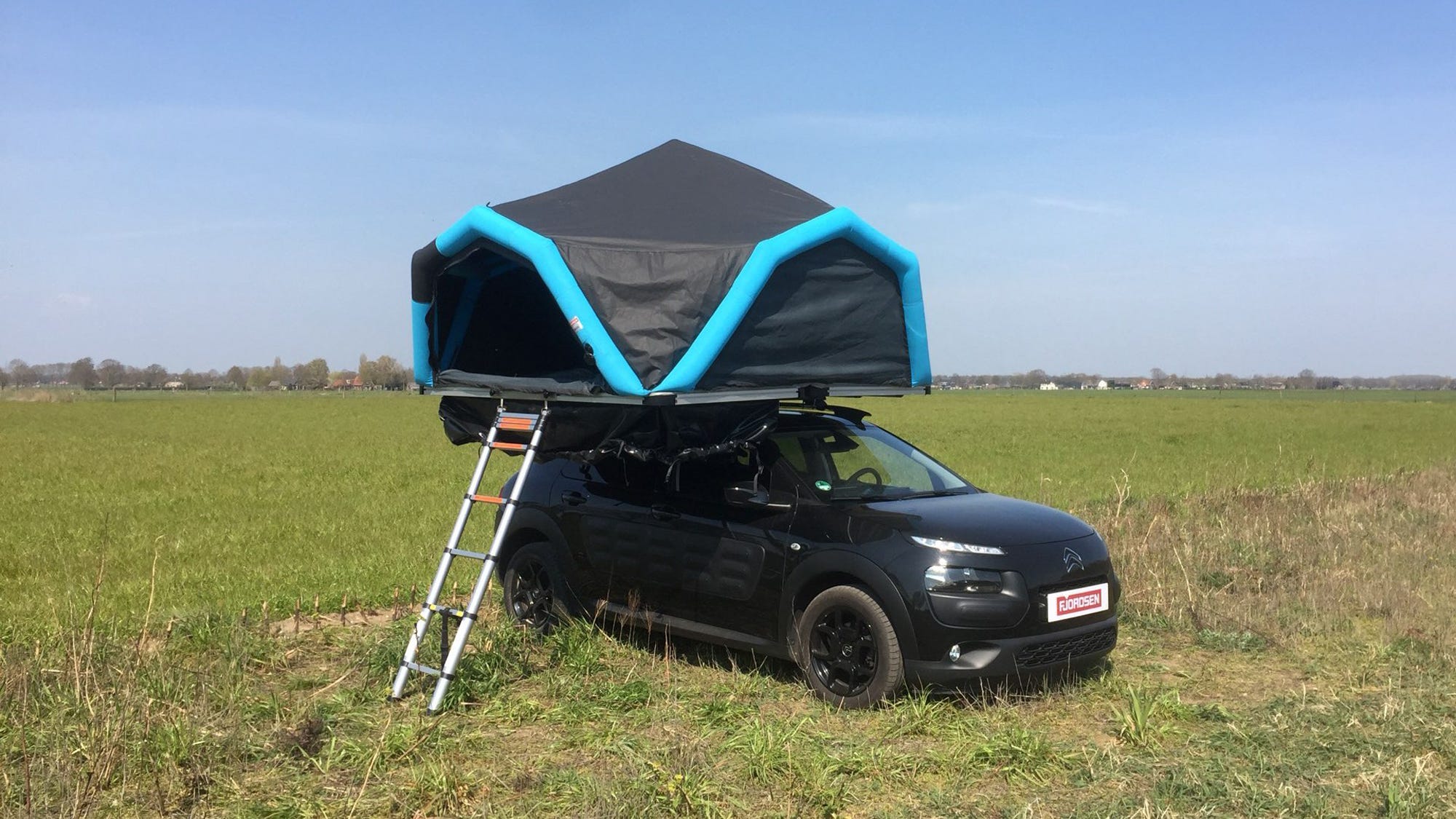 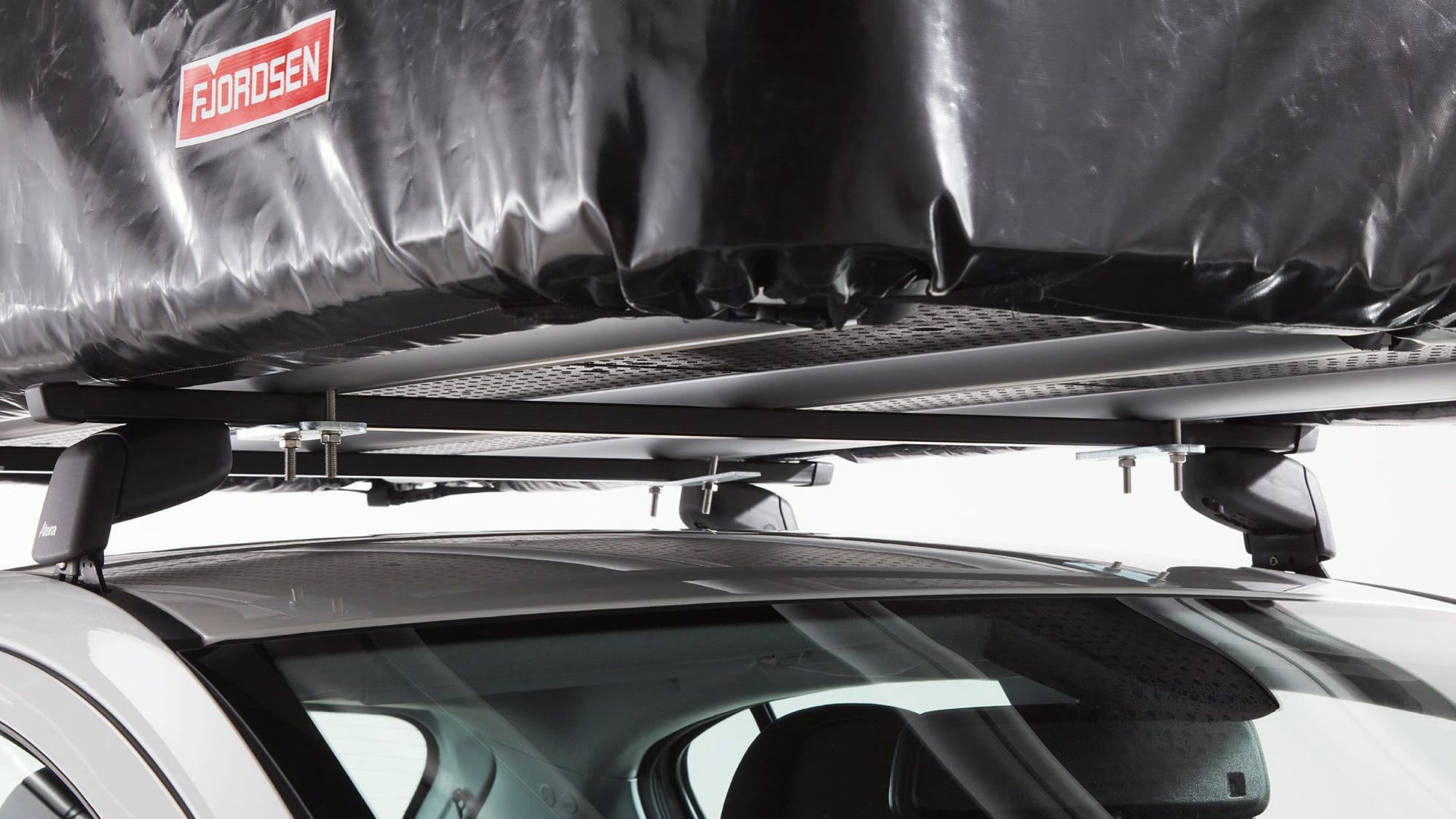 … this weight can actually be increased by four to five times if the car isn’t moving, according to Fjordsen. 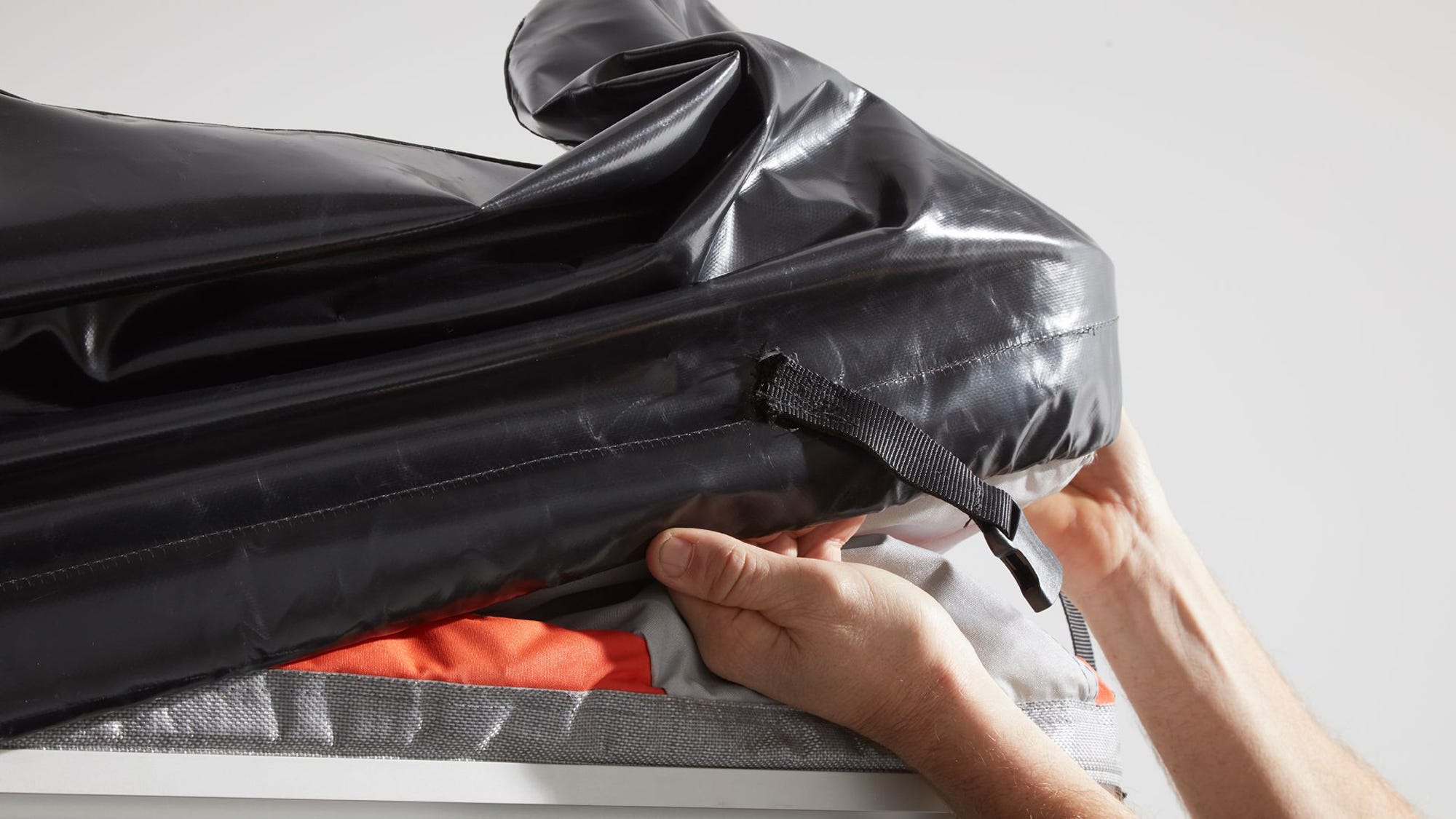 The XL Rooftop Tent can fit on any car that has a roof rack load of at least 132 pounds. 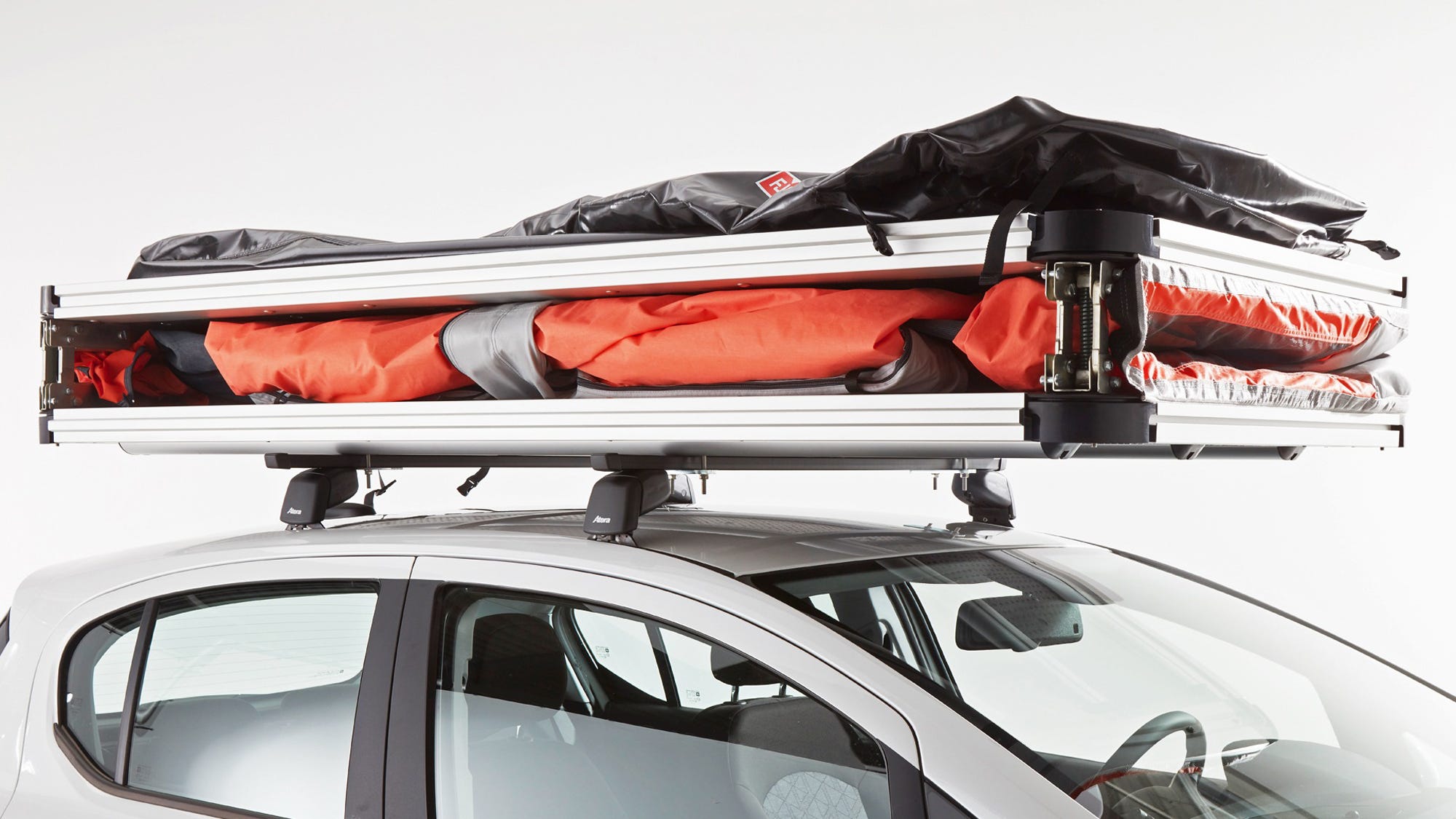 The tent’s exterior appearance comes in multiple design options like camouflage, a tropical leaf pattern, a floral print, and a bright geometric design. 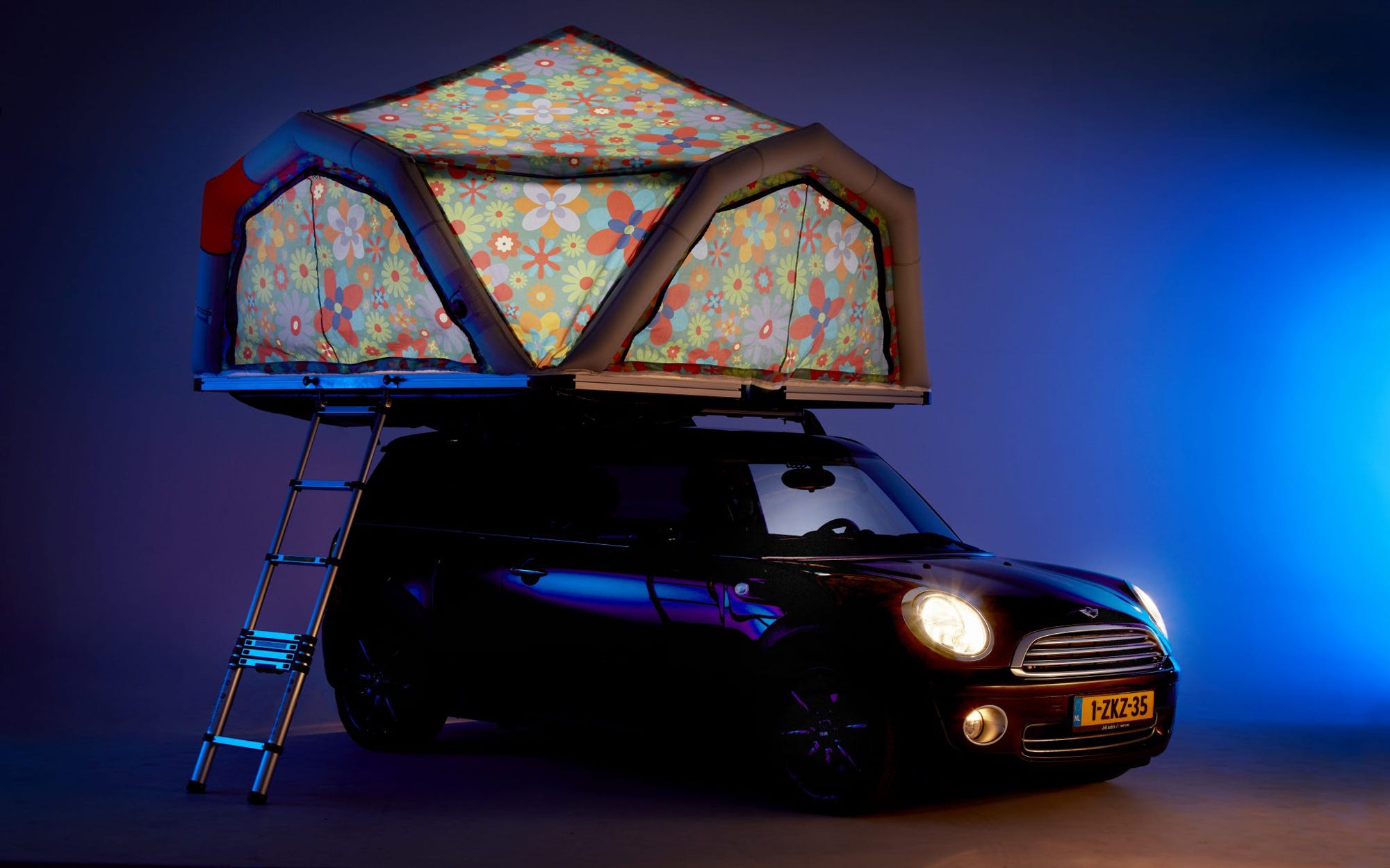 For customers who like simpler designs, the tent also comes in solid blue, green, black, and grey with different accent colours. 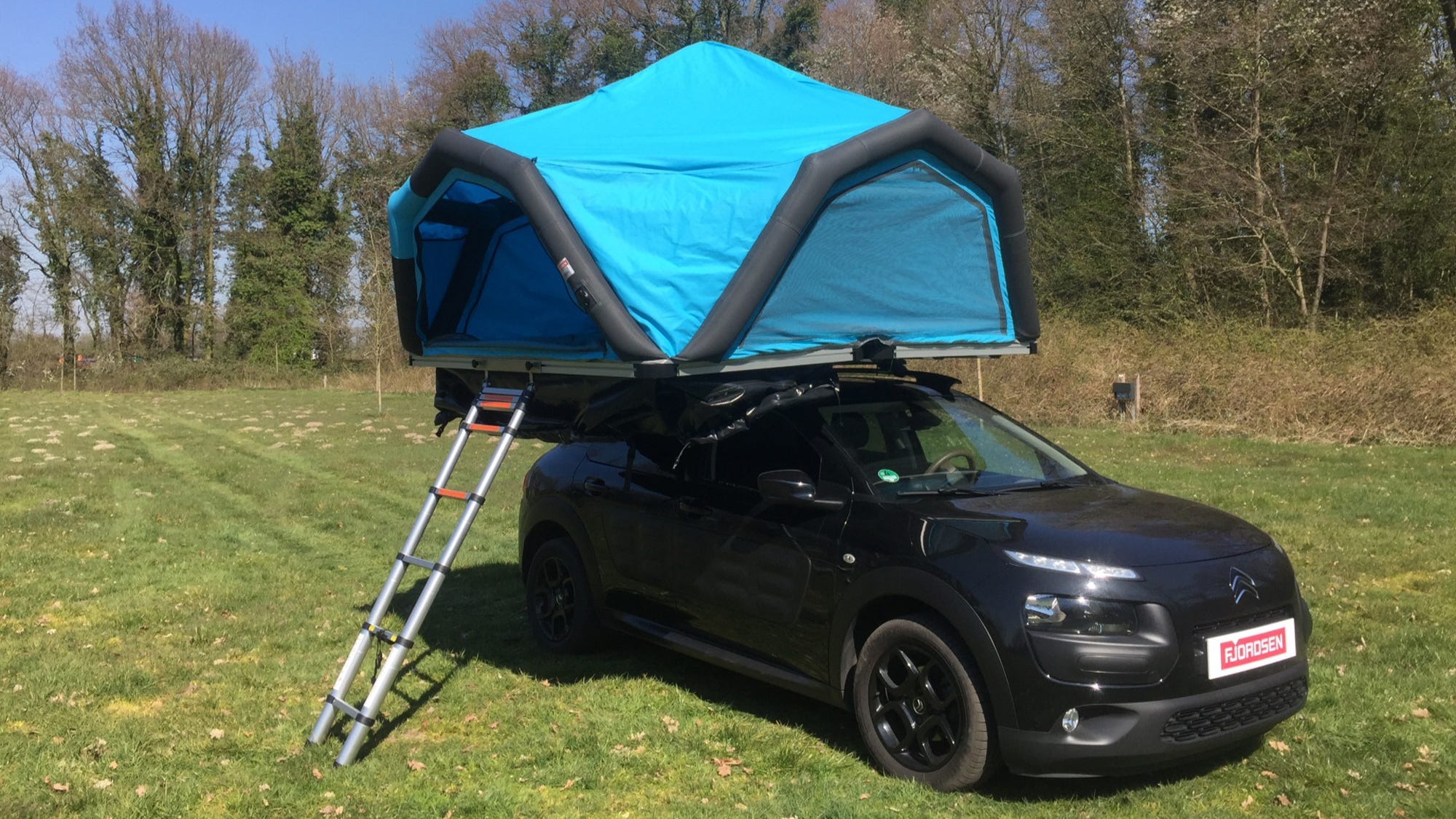 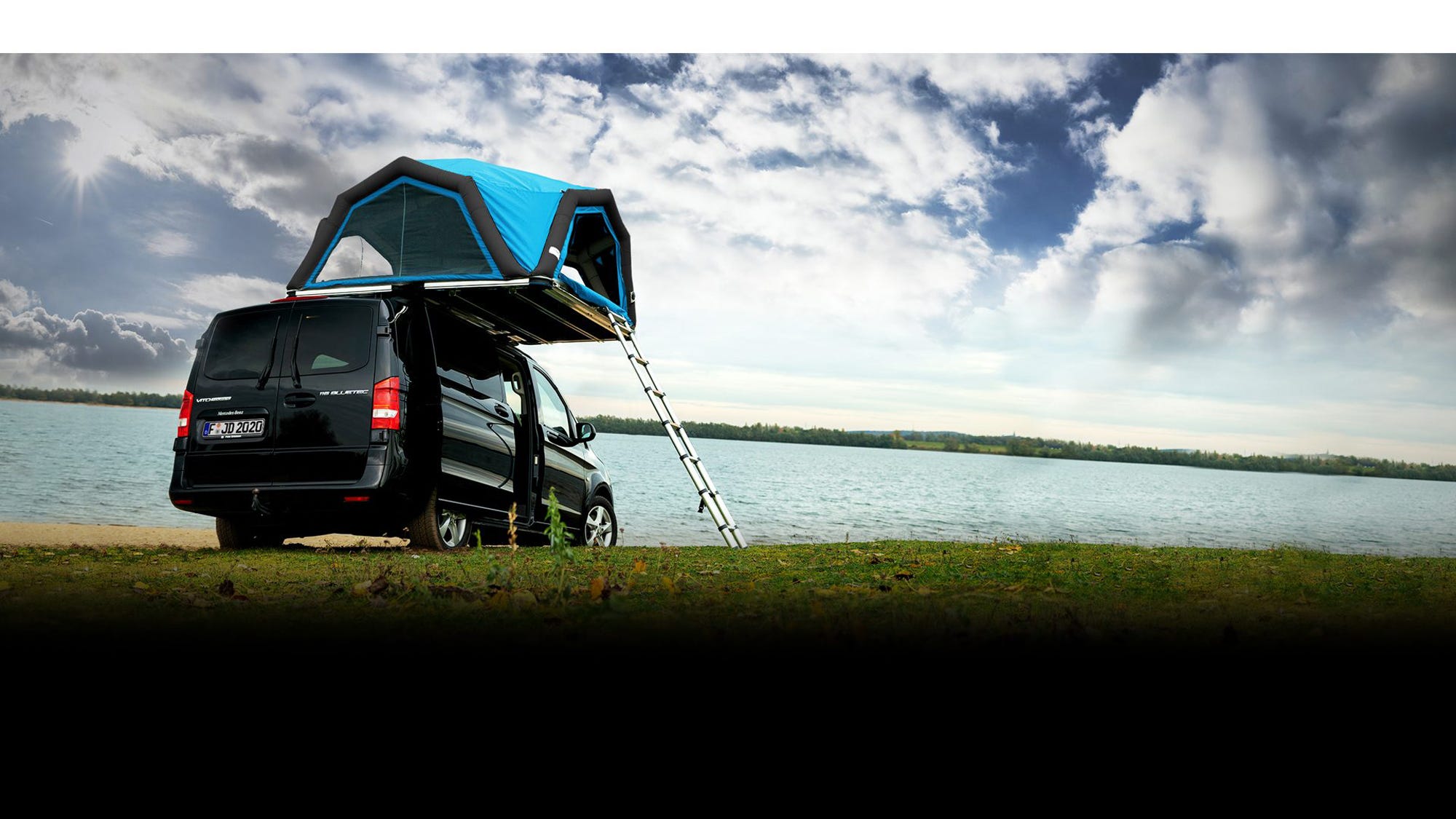 Unlike traditional tents, manual work isn’t needed for its installation: the 132-pound tent comes with a 12-volt electric air compressor that automatically inflates the unit. 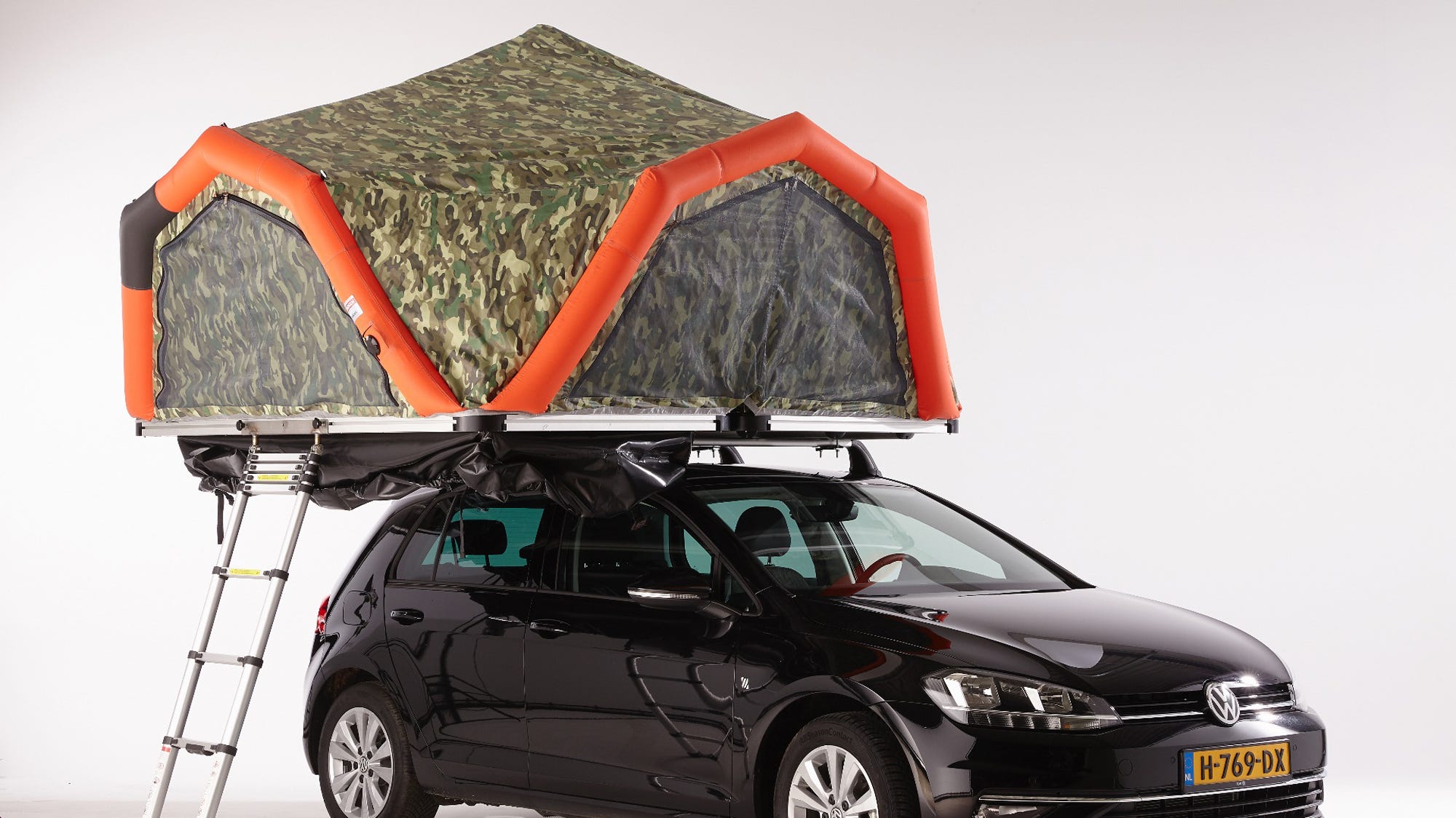 While inflated, the tent has a 4.3-foot interior height. 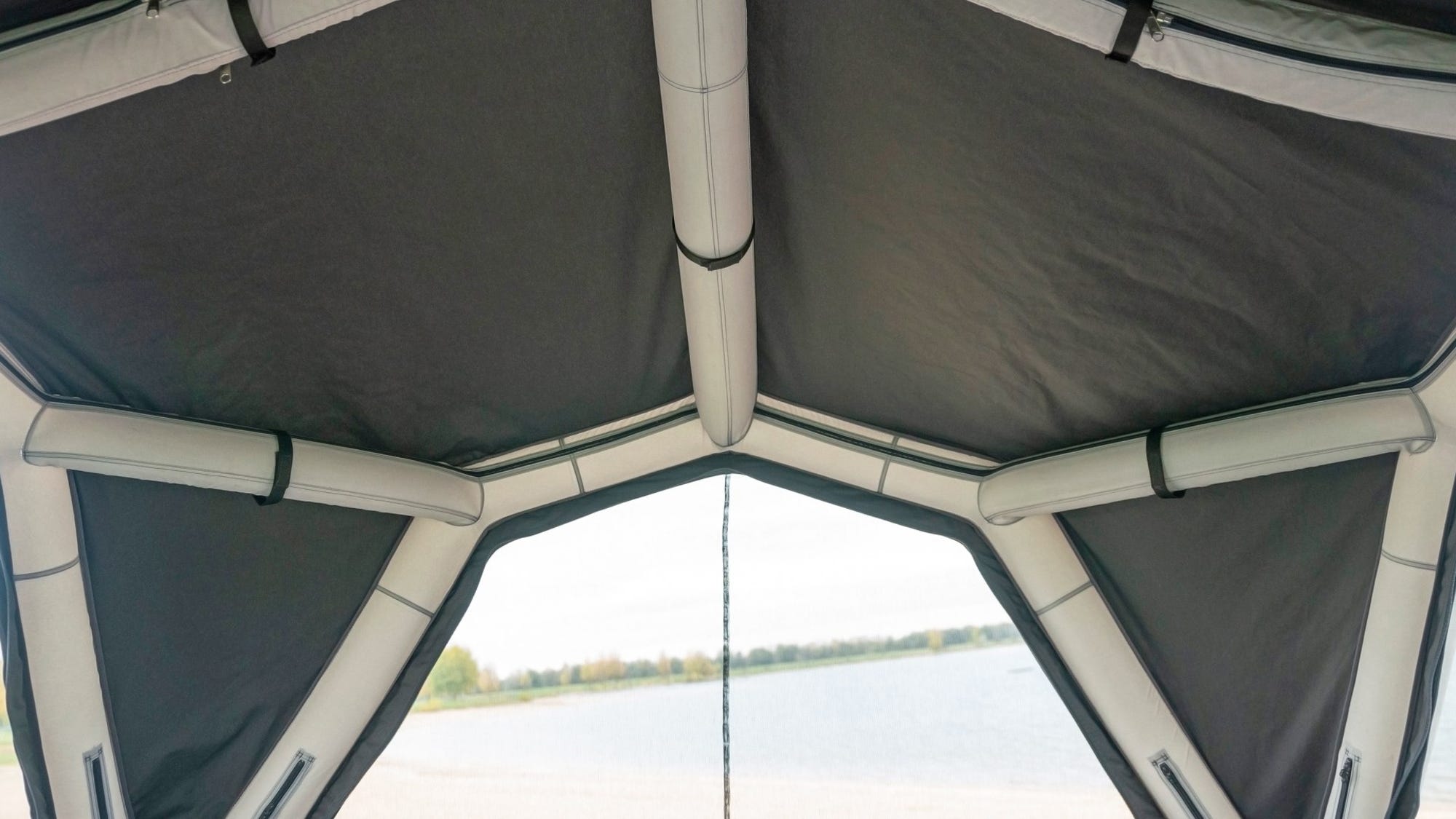 The camping tent is made of high-quality aluminium and polyester coated fabric, according to Fjordsen. 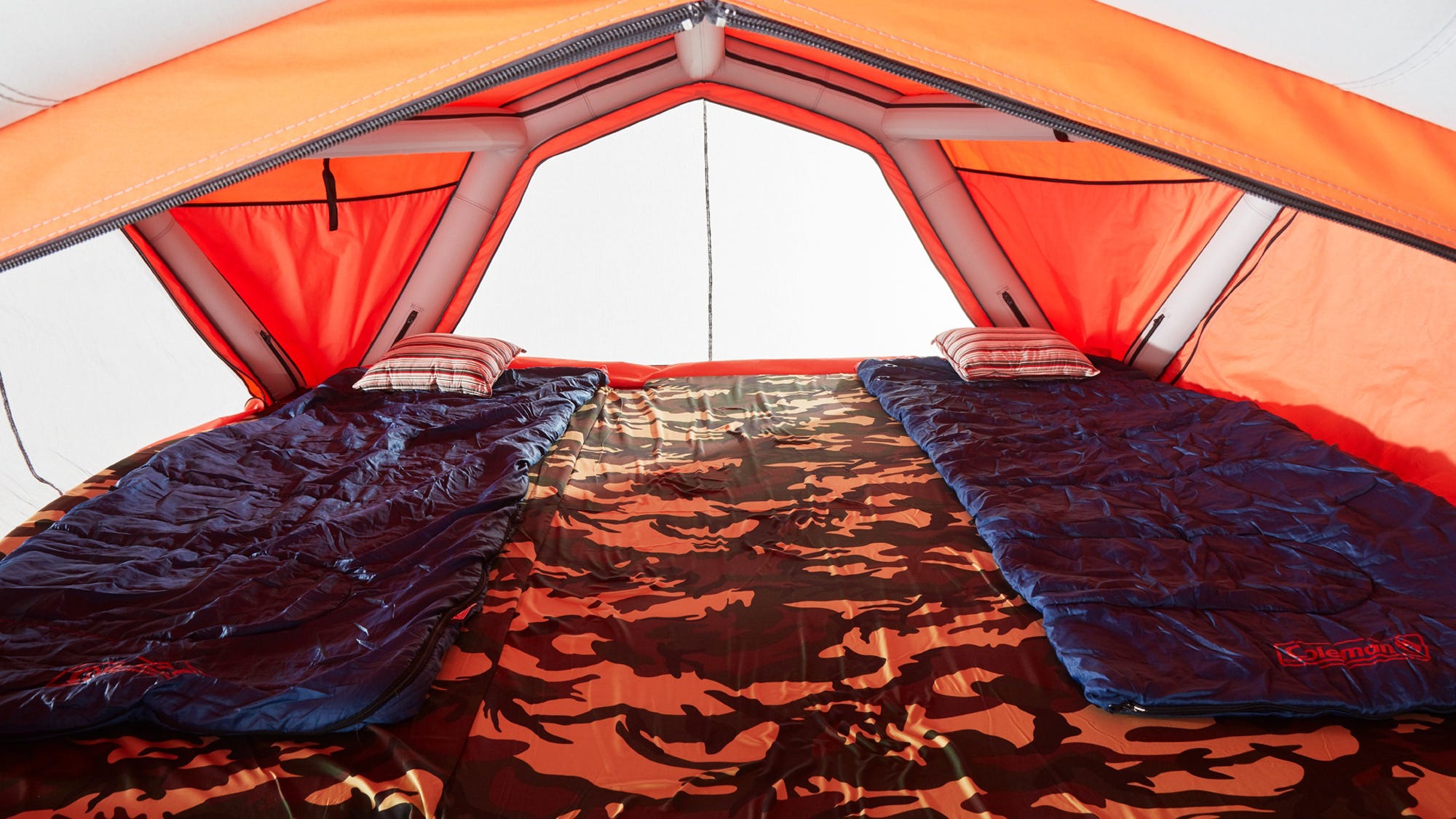 It also has a waterproof and weather-resistant coating. 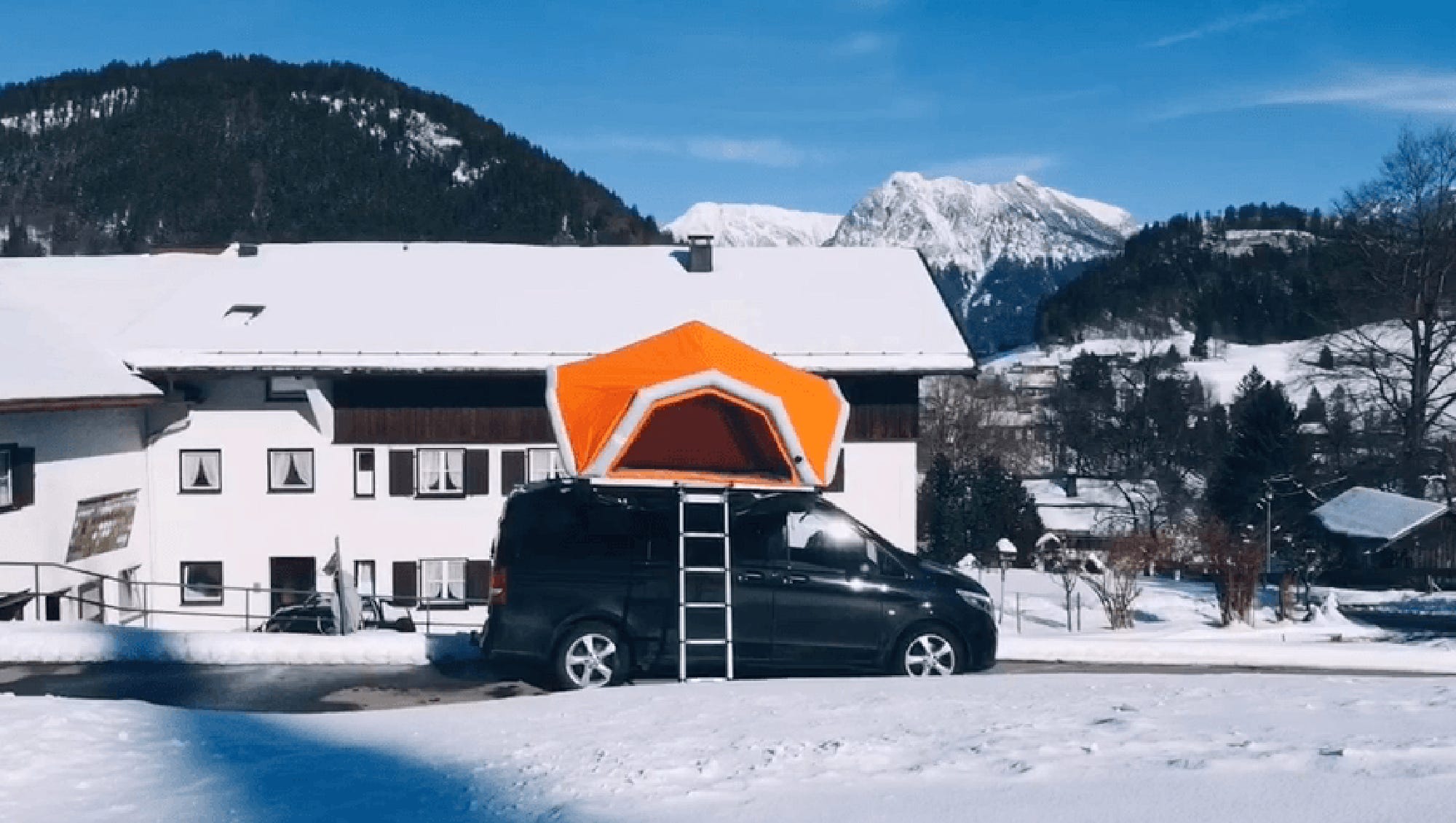 The unit was tested in the German-Dutch Wind Tunnels and preformed “more than [excellently]”, according to Fjordsen. 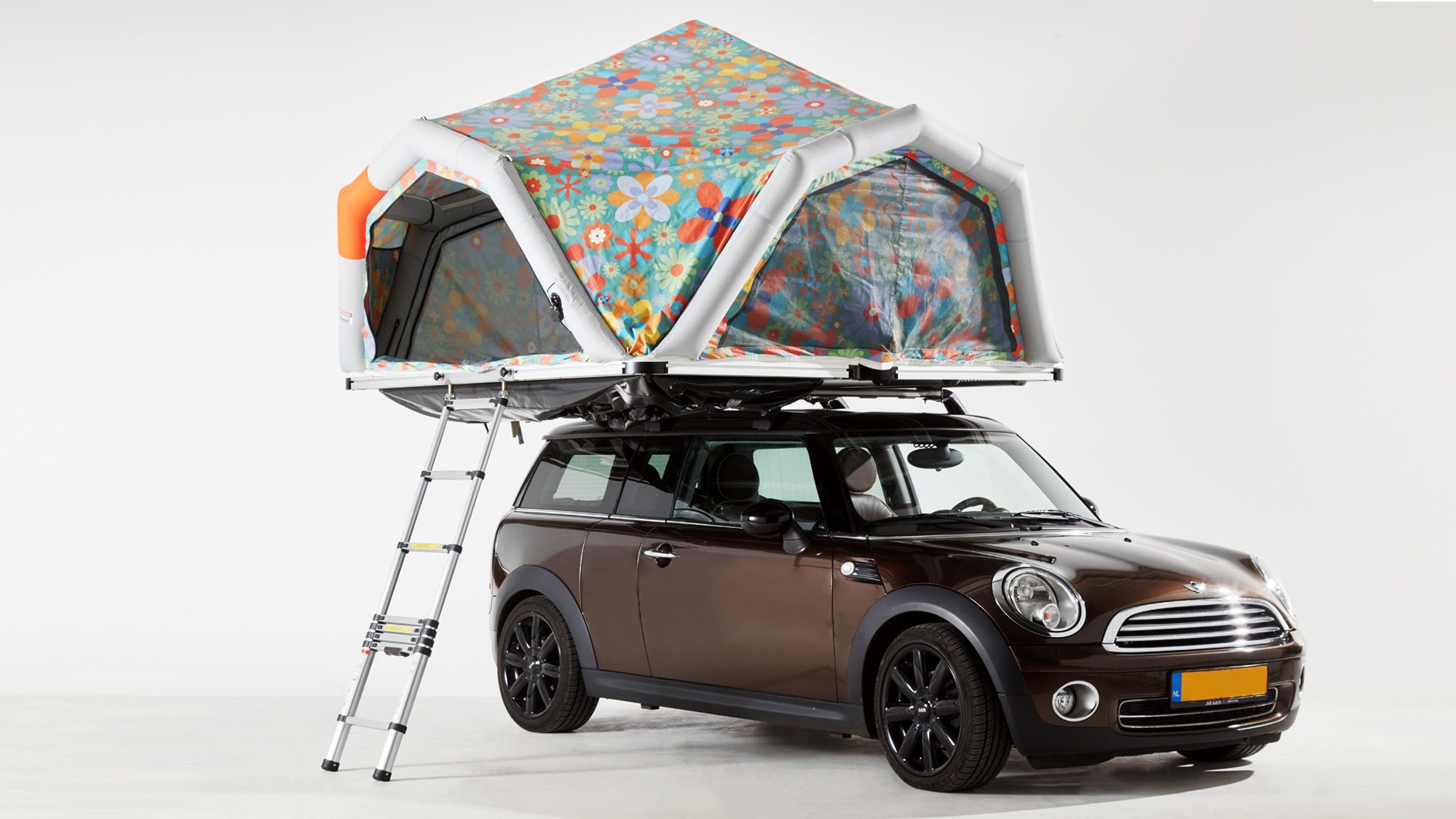 The tent also comes with a retractable ladder, allowing the unit to be reached easily. 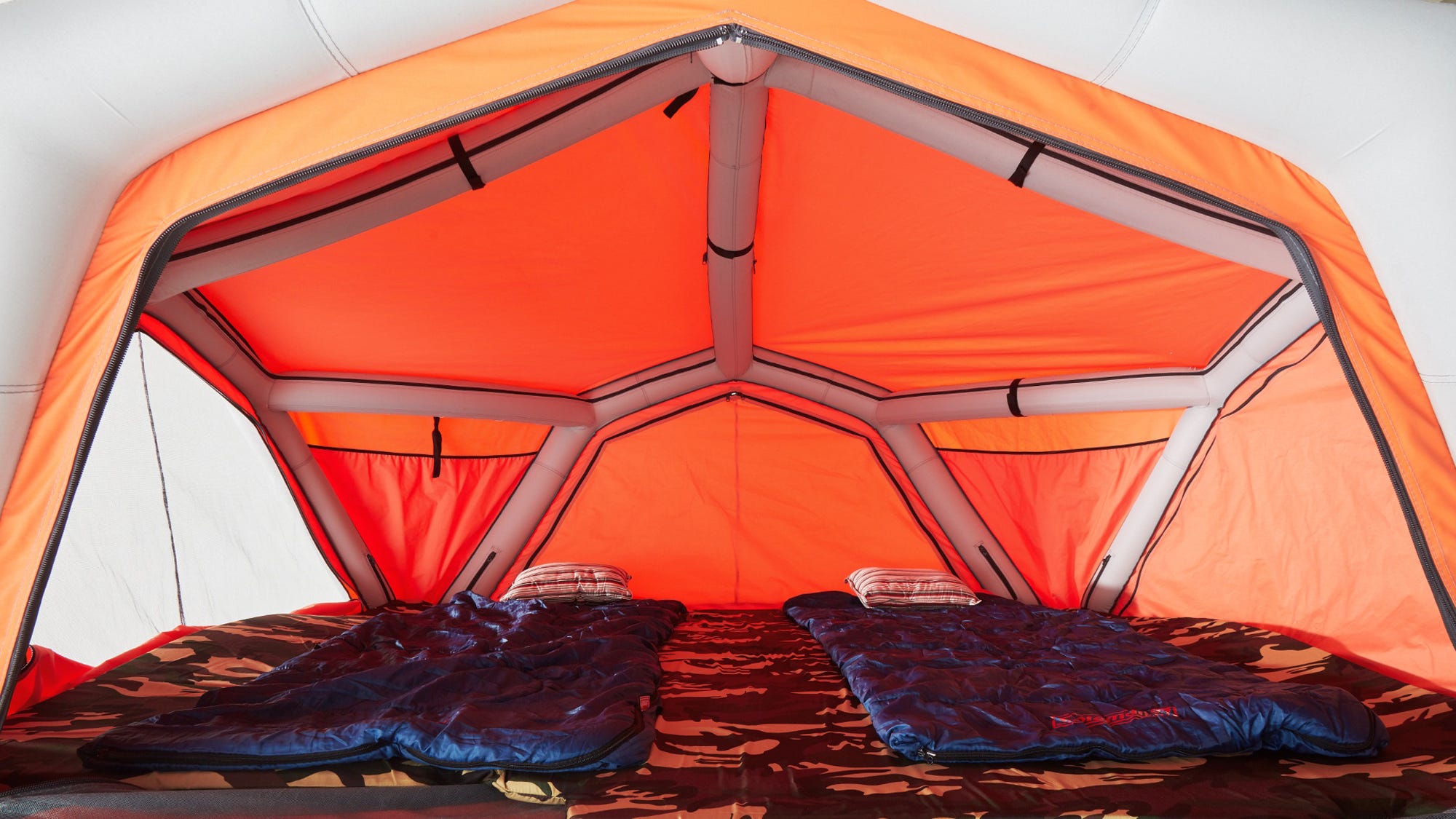 For US-based customers, the tent costs $US2,871, not including the additional $US135 overseas shipping cost. 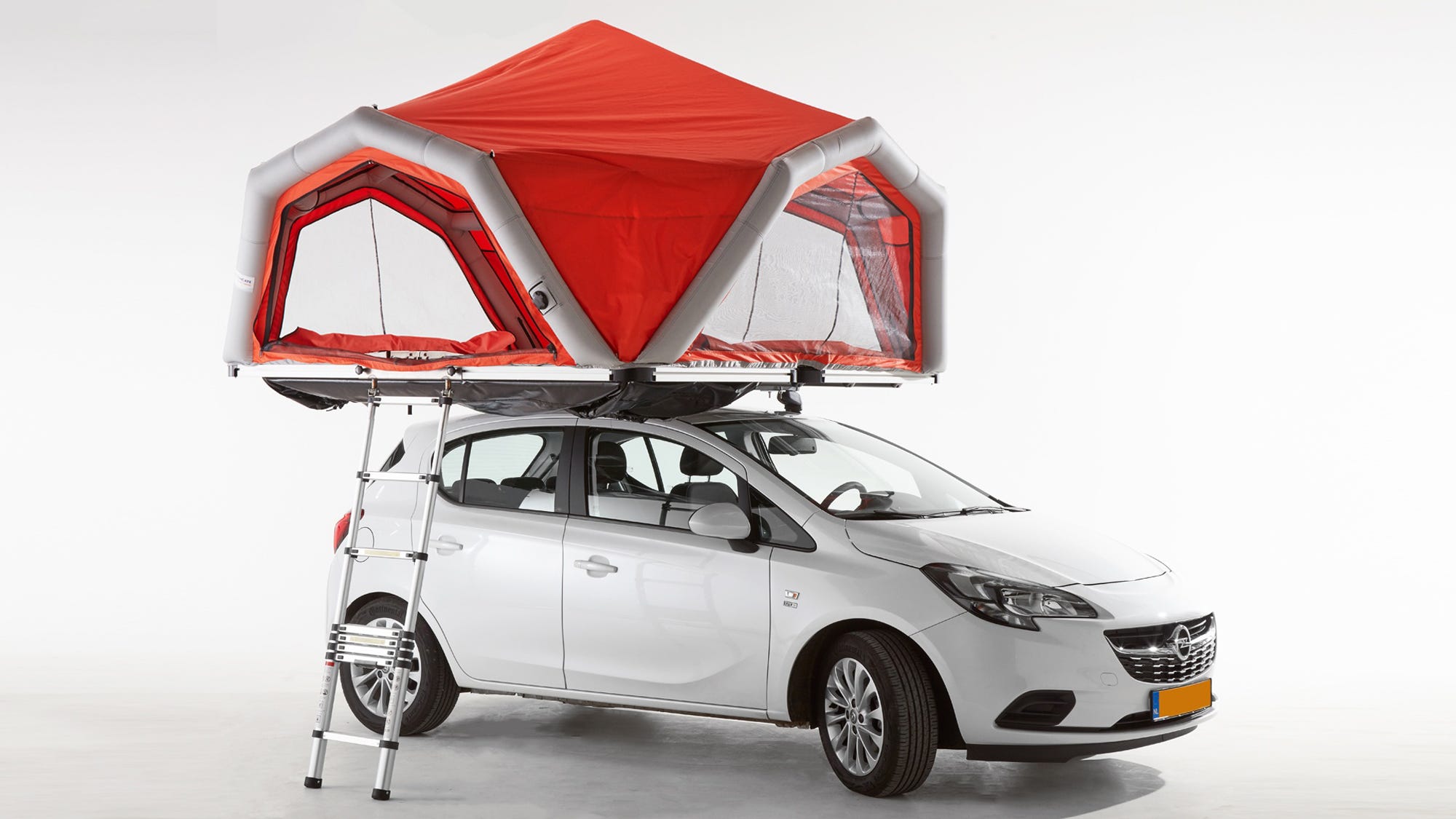 However, shipping is free for certain European countries. 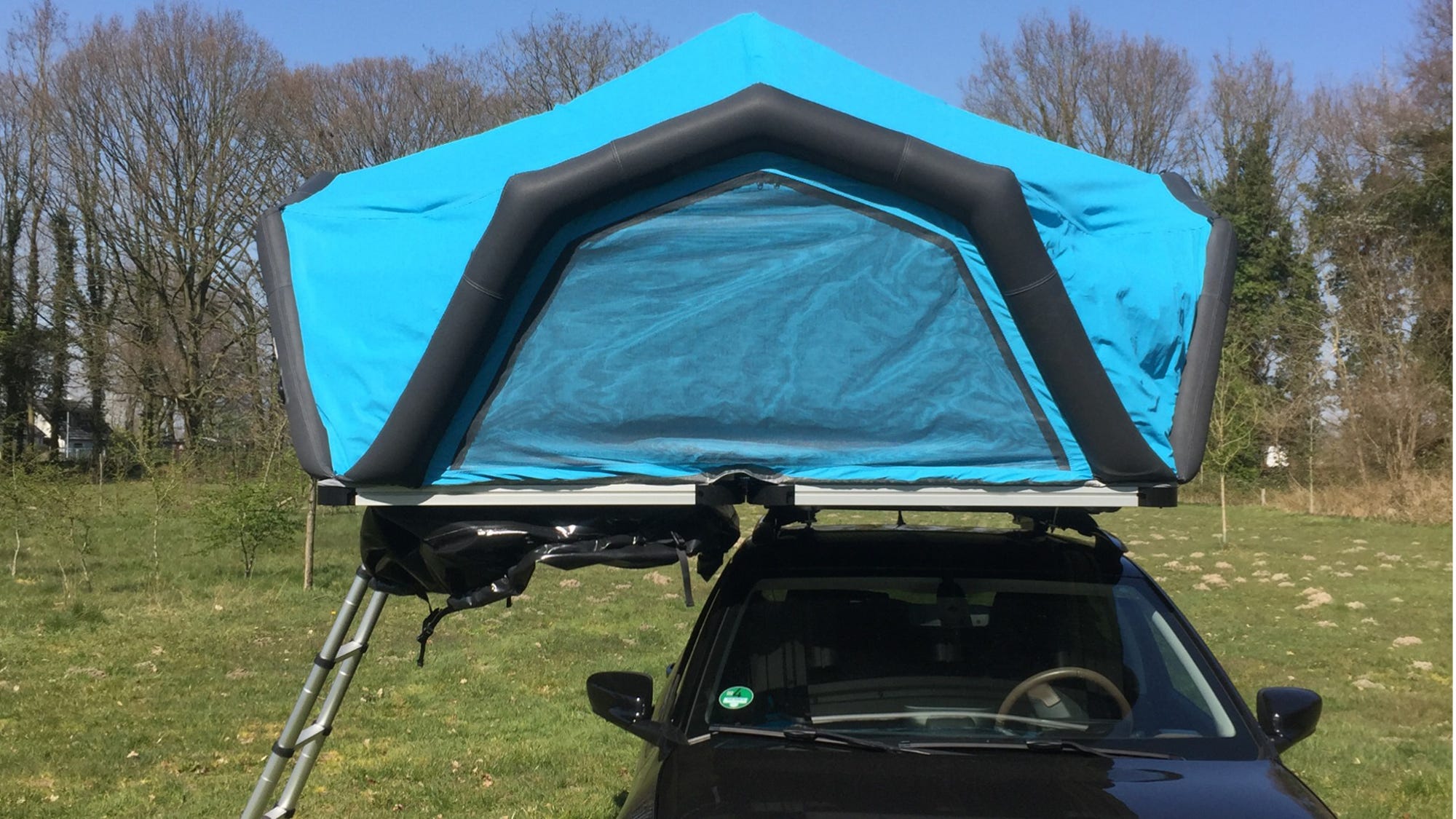