In this coastal town in India, workers split bamboo stalks with a machete. They cut and shape them to make fences, homes, and baskets.

Ala Uddin was born and raised in the northeastern state of Assam, but after the government implemented a citizenship list, he found himself fighting to prove his identity as an Indian national.

Ala Uddin, bamboo worker: “The people are frightened. They feel scared that they might be sent to the detention camps.”

Ala Uddin is one of the lucky ones. His family is on the registry. But there are still 1.9 million people living in Assam whose citizenship remains in limbo.

In recent months, protests have erupted across India due to two controversial laws that critics say target Muslim immigrants, and even those born here.

At odds are the country’s deeply religious roots and its secular constitution. 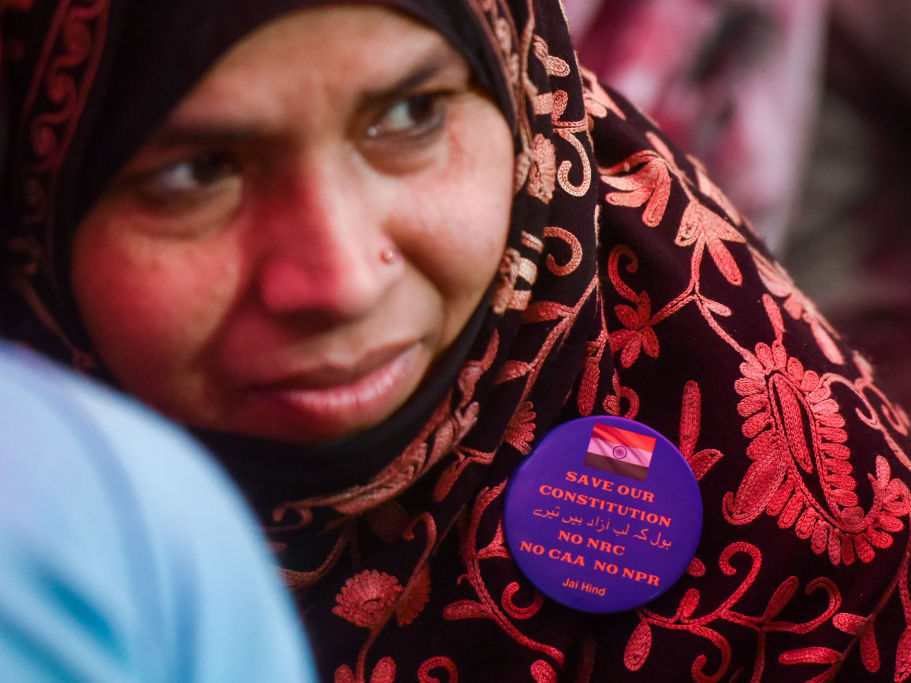 Ala Uddin travels from his small island to the town of Dhubri, making on average 250 rupees, or $US3.50 a day, to provide for his mother, wife, and four children.

But when the National Register of Citizens, or NRC, was enforced, things changed.

Uddin: “When I heard about NRC I was shocked. I was completely shocked. Even though the paperwork was there, I had to leave my job and run around to get the paperwork ready.”

In a country like India, not everyone has their documents in order, says Milan Vaishnav, an expert on South Asian politics.

Milan Vaishnav, director and senior fellow at the Carnegie Endowment for International Peace: “India is a very poor country. Even today, only about 70% of births happen with an official birth certificate. So a lot of people cannot prove their citizenship status. They’re worried that this essentially is going to disenfranchise a bunch of genuine citizens who simply are either too poor or come from the wrong community to be able to justify their existence.”

“The hearings were held at rather far-off places. Per person one had to spend 500 rupees to travel one way, so it’s 1,000 rupees worth of commuting both ways in a day.”

The Indian government has discussed the possibility of rolling out NRC in the entire country by 2021.

On top of that, parliament passed the Citizenship Amendment Act, or CAA, which gives minorities originally from neighbouring countries a faster path to citizenship – but it excludes Muslims.

Vaishnav: “If India were to carry out a nationwide citizens register, and there are people who are deemed to be illegal migrants, illegal residents, not genuine citizens, if you are a Muslim, you will essentially will be deemed perhaps a stateless person, and your citizenship, your voting rights would be taken away.” 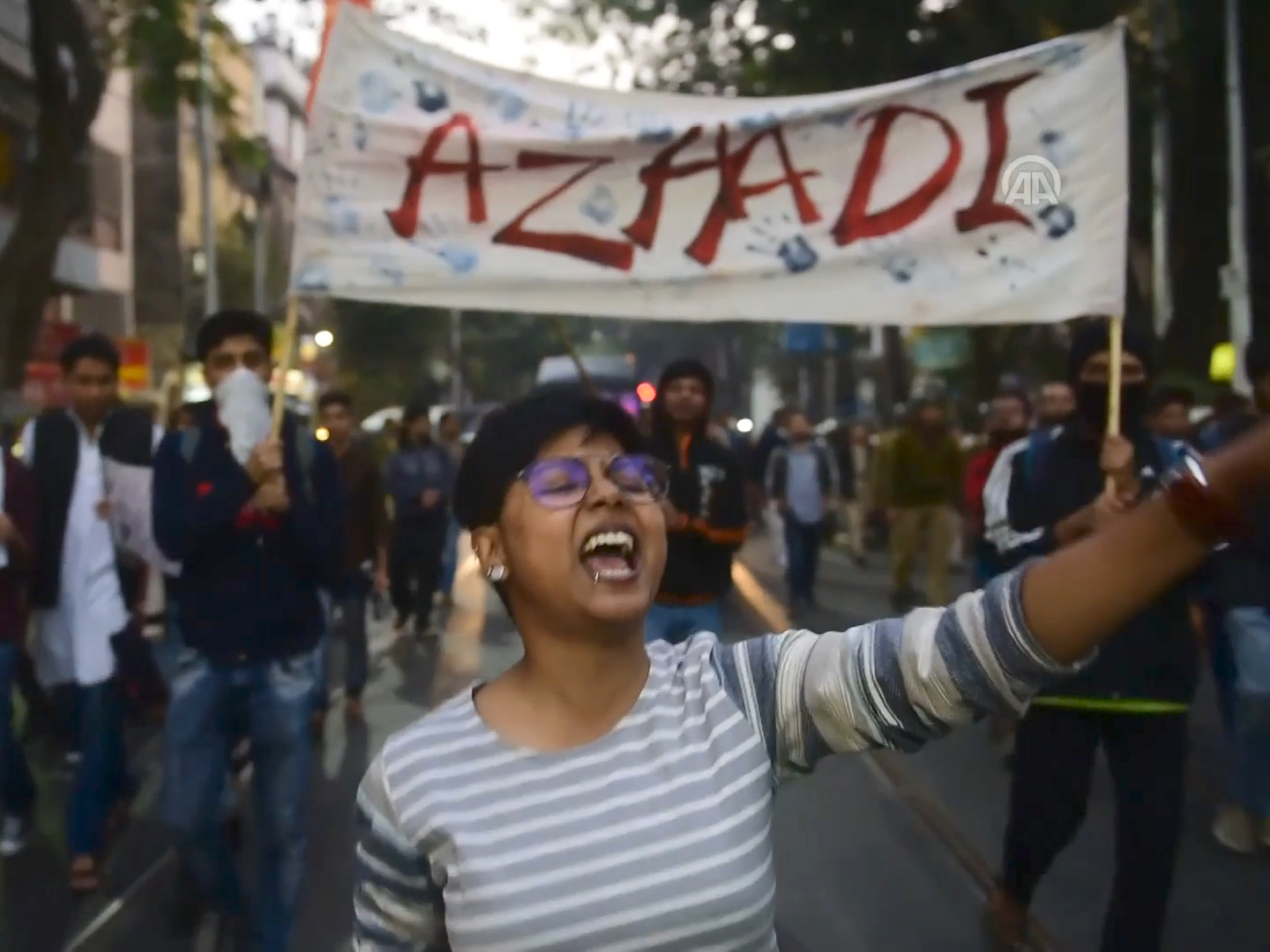 ReutersAcross India, people of all faiths have been protesting the citizenship laws for months.

People who are not considered citizens fear being sent to detention centres, even though Prime Minister Narendra Modi has denied the camps exist.

Across the country, Indians of all faiths have been protesting for months. They claim these laws go against the constitution by deciding citizenship on the basis of religion.

Demonstrator: “This bill is unconstitutional, it is communal.”

Demonstrator: “I got this Indian flag painted because I need to prove that I am Indian.”

But in some areas the demonstrations turned violent. Twenty-seven people have been killed since the government passed the citizenship act in December.

During the unrest, the government shut off internet and phone networks in large areas of the country.

Critics say the NRC and CAA laws are just the latest in a series of moves by Modi that are driving India toward being a Hindu nationalist country. 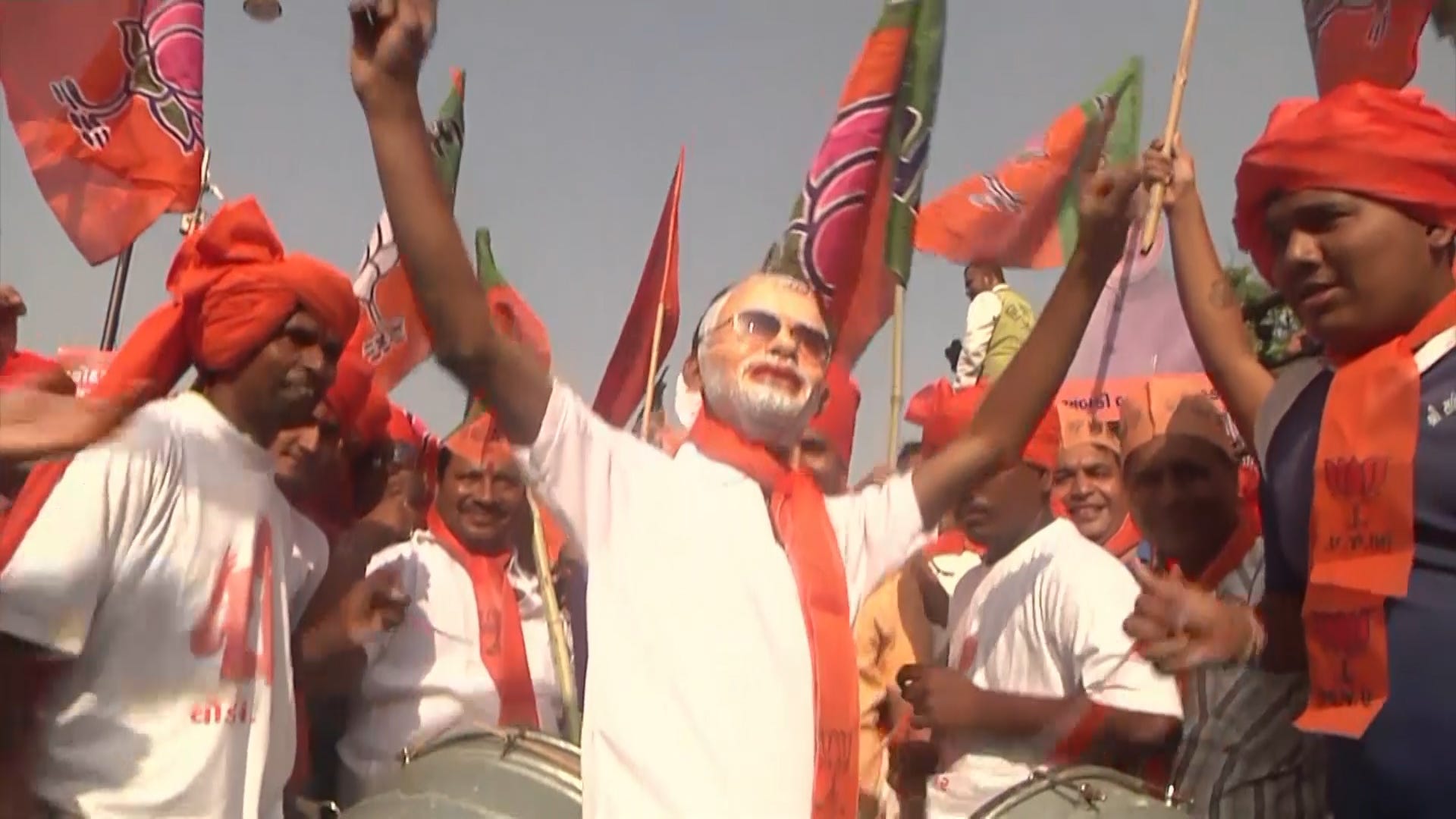 Vaishnav: “This is an ideology which has been present going back to the 19th century. This is not a new phenomenon. At the time of India’s founding in the 1940s, there was a debate about should India be an avowedly, explicitly Hindu country?”

Even though India chose a secular path, today Hindus make up the majority at roughly 80% of the population, while Muslims account for 15%.

And now many fear that the minority voice is being muffled by Modi’s laws.

Last month, India’s Supreme Court refused to put a hold on the CAA. Instead it will hear arguments from the government in favour of the law. Meanwhile, several Indian states have said they will not cooperate.

In the weeks and months to come, Muslims fear that life in their homeland may get increasingly harder if they can’t prove Hindustan is home.