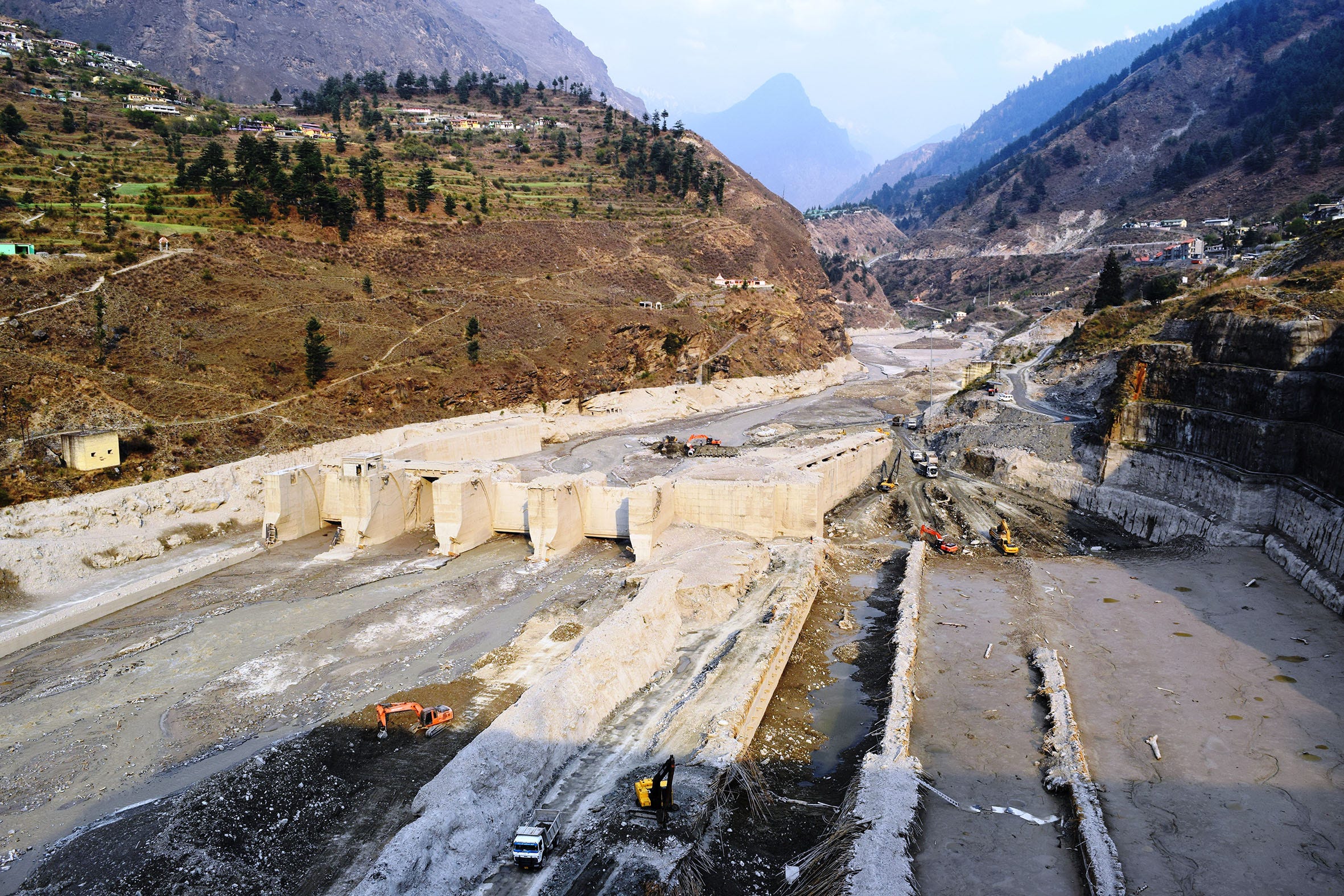 A slab that size is responsible for the disaster in northern India that killed more than 200 people and destroyed two power plants four months ago, according to a new study published Thursday.

Just before dawn on February 7, a massive chunk broke off a glacier on Ronti Peak in the Indian Himalayas. The slab dropped more than a mile into the valley below, from its position roughly 5,486.40m above ground, at almost 216km per hour.

As the chunk landed, the rock disintegrated and the ice melted, creating a wall of water and debris that swiftly funneled into the river valley below. From there, the mixture cascaded toward the Rishiganaga and Tapovan hydropower plants in India’s Chamoli district. After a curve in the valley slowed the sludge down, it swept into tunnels underneath the plants at speeds of up to 56 miles per hour, trapping and killing many workers inside.

The severity of the event, known as the Chamoli disaster, initially stumped scientists. Typically, landslides in the region don’t kickstart floods as rapid or lengthy as the one that occurred in February.

“A ‘normal’ dry rock avalanche would not have traveled as far as this one did – in other words, would not have reached either the Rishiganga or Tapovan hydroplants,” Dan Shugar, a geoscientist at the University of Calgary and co-author of the new study, told Insider.

Shugar’s team discovered key elements that could explain the disaster’s severity: The initial avalanche’s composition (about 20% ice and 80% rock), coupled with its mile-long fall, resulted in a hyper-mobile torrent of debris that doomed workers in the valley below.

The researchers calculated that the flood was 27 million cubic meters in volume – enough to cover more than 1,600 football fields in 3.05m of debris and still have some left over.

The flood climbed 220.07m up the valley walls 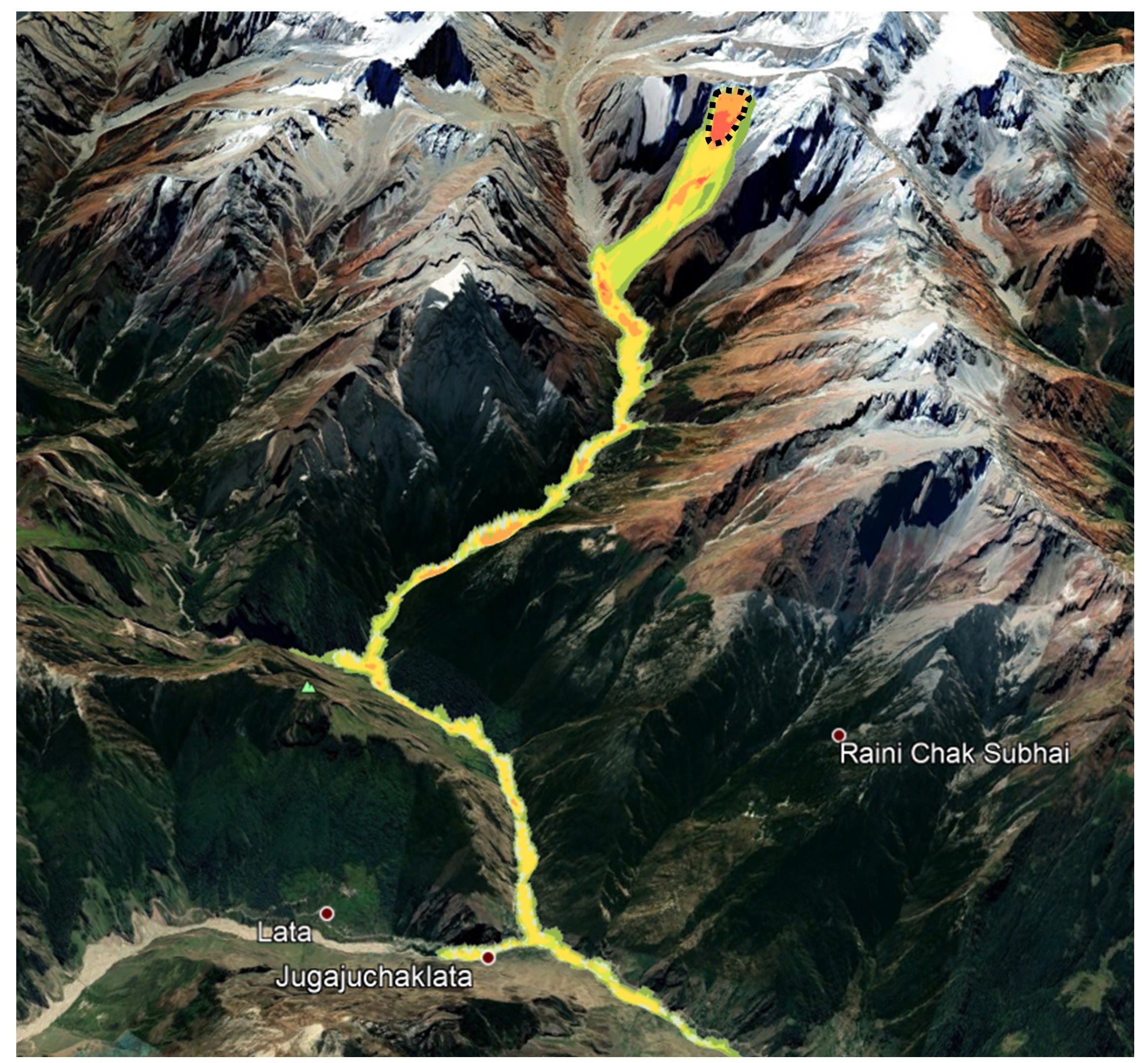 Ashim Sattar/University of ZurichA computer model shows the path of the Chamoli rock and ice avalanche down Ronti Peak in February 2021.

Flooding and landslides are not uncommon in Uttarakhand, the area of northern India where Chamoli is located. In 2013, heavy rainfall set off devastating floods in the area than killed up to 5,700 people.

After the February disaster, experts initially thought a lake near the top of Ronti Peak had burst after the chunks of glacier holding it together cracked or broke off. Some glacial lakes can hold hundreds of millions of cubic meters of water.

But satellite imagery showed there were no such lakes along the debris flow’s path.

By analyzing maps of the valleys’ terrain, video footage of the event, and earthquake data in the area, Shugar’s team was able to reconstruct what happened.

The chunk of glacier that broke off Ronti Peak in the early morning was, on average, 79.86m thick. When it touched down at the mountain’s base, the slab flattened a section of nearby forest, and threw a thick dust cloud into air. The impact with the valley floor was so violent that the rock and ice therein blended together to form a flood that climbed 220.07m up the valley walls.

It was “almost the ‘optimal’ combination” for melting glacier ice, Holger Frey, a glaciologist at the University of Zurich in Switzerland, told Insider. The massive flood, he added, “facilitated the large reach and destructive nature of this disastrous event.”

Associated PressThe damaged Dhauliganga hydropower project at Reni village in the Chamoli district of Uttarakhand, India after part of a glacier broke off on February 7, 2021.

The flood caught workers at the hydroplants in Chamoli by surprise.

But according to the study, an early warning system could have given workers six to 10 minutes of notice before the flood reached them. Seismic sensors – which monitor rumblings in the Earth for signs of earthquakes or shifting rock – can detect when an avalanche happens and let workers know if a flood is on its way.

Even if the Chamoli disaster couldn’t have been prevented, Frey said, “a well-designed warning system should be able to warn workers at these plants and allow them to seek safe grounds.”

After all, the conditions that led to the Chamoli disaster aren’t going to disappear any time soon. 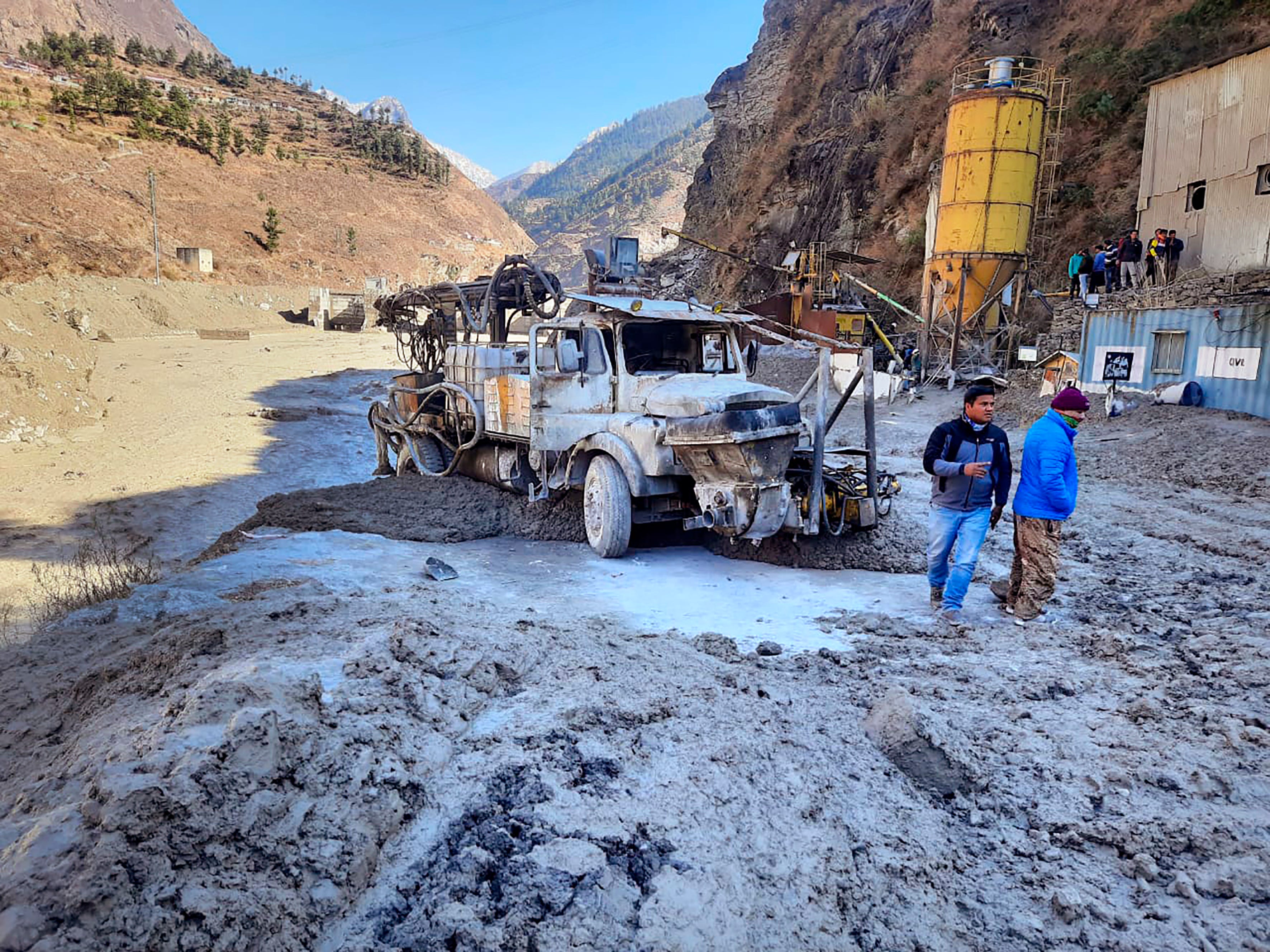 Evidence from other mountainous regions, like Alaska, suggest glacier-related landslides are increasing in frequency as the climate warms, according to Shugar.

“I expect this would be similar in high mountain Asia,” he said.

Rising air and surface temperatures are linked to more instability in glaciers and an increasing likelihood of landslides high in the mountains. The warmer the Earth becomes, the more glaciers shrink.

“It’s only a matter of time before the next such massive event will happen somewhere in the Himalayas,” Frey said in a press release.