India has begun the world's largest vaccination drive, as it gears up to carry out 300,000 inoculations a day 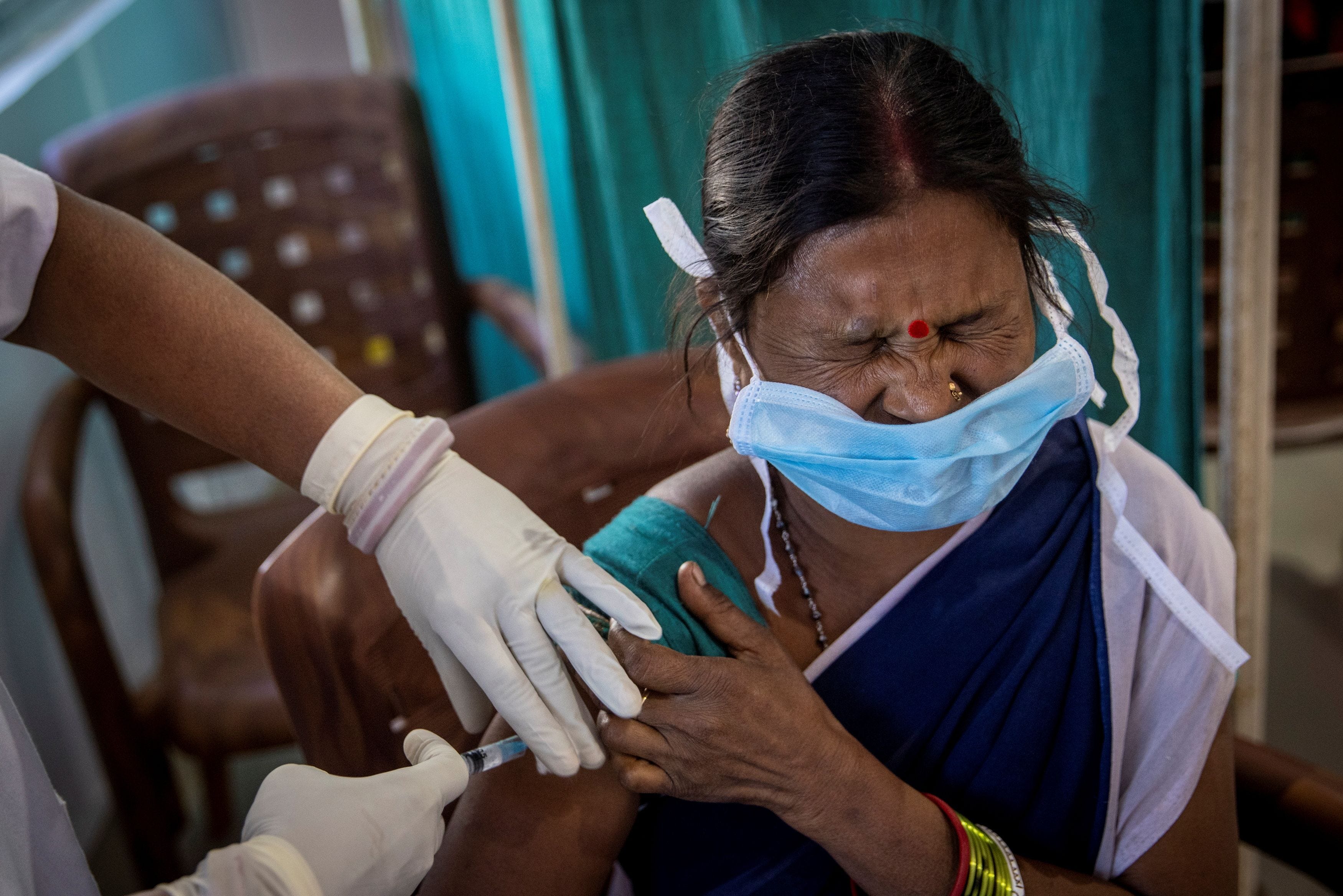 Danish Siddiqui/ReutersA healthcare worker reacts as she receives a dose of Covishield, a COVID-19 vaccine manufactured by Serum Institute of India.

India on Saturday began what is expected to be the world’s largest COVID-19 vaccination drive, with a goal of about 300,000 people a day.

The country set up more 3,000 vaccine stations, aiming to inoculate 100 people per day at each, according to local reports.

Many of those vaccinated Saturday were frontline healthcare workers, according to The Hindu.

“This is a day of pride, a celebration of the prowess of our scientists and hard work of our medical fraternity, nursing staff, police personnel and sanitation workers. May everyone be healthy and free from illness,” Narendra Modi, India’s prime minister, wrote on Twitter using the hashtag #LargestVaccineDrive.

With about 1.4 billion people, India is the world’s second most populous country.

A big moment for India as it starts the #LargestVaccineDrive today!

In the year since the pandemic began, about 152,093 people have died in India, according to Johns Hopkins University. The country has had about 10.5 million cases. Only the US has had more cases than India, per AP.

More than 2 million people had died worldwide, as of Friday. There have been about 94 million cases worldwide, according to Johns Hopkins.

AstraZeneca’s COVID-19 vaccine was approved for emergency use in India on January 3, along with a local alternative.

On Saturday, Poonawalla posted a video of himself receiving the vaccine. “It brings me great pride that #COVISHIELD is part of this historic effort & to endorse its safety & efficacy,” he wrote.