THEN AND NOW: The cast of 'Inception' 10 years later 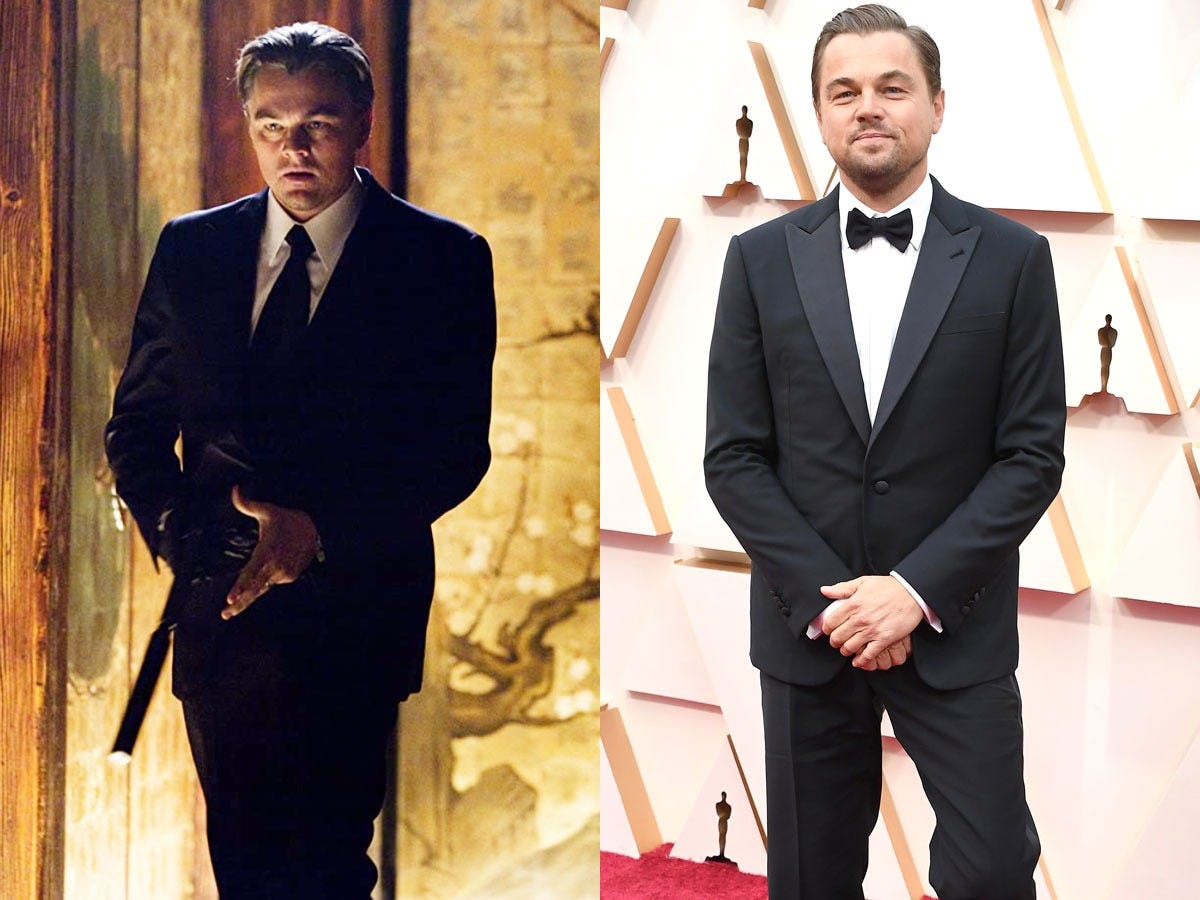 The movie follows Dominick Cobb (Leonardo DiCaprio) and his team as they embark on corporate espionage missions, infiltrating their targets’ dreams to extract information, or in some cases, plant ideas.

Though Cobb has established himself as the best “extractor,” the line between his reality and the subconscious world becomes hazy as he delves deeper into dreams, uncovering dark truths about himself along the way.

While Nolan never created a sequel to the standalone film, he’s worked with several of the “Inception” cast members, like Cillian Murphy and Michael Caine, again on various projects. Others, like Dileep Rao, have landed roles in new, notable films and television series.

Here’s what the “Inception” cast members are working on 10 years after the movie’s release.

Leonardo DiCaprio starred as Dominick Cobb, a man that infiltrates his targets’ dreams to collect information. 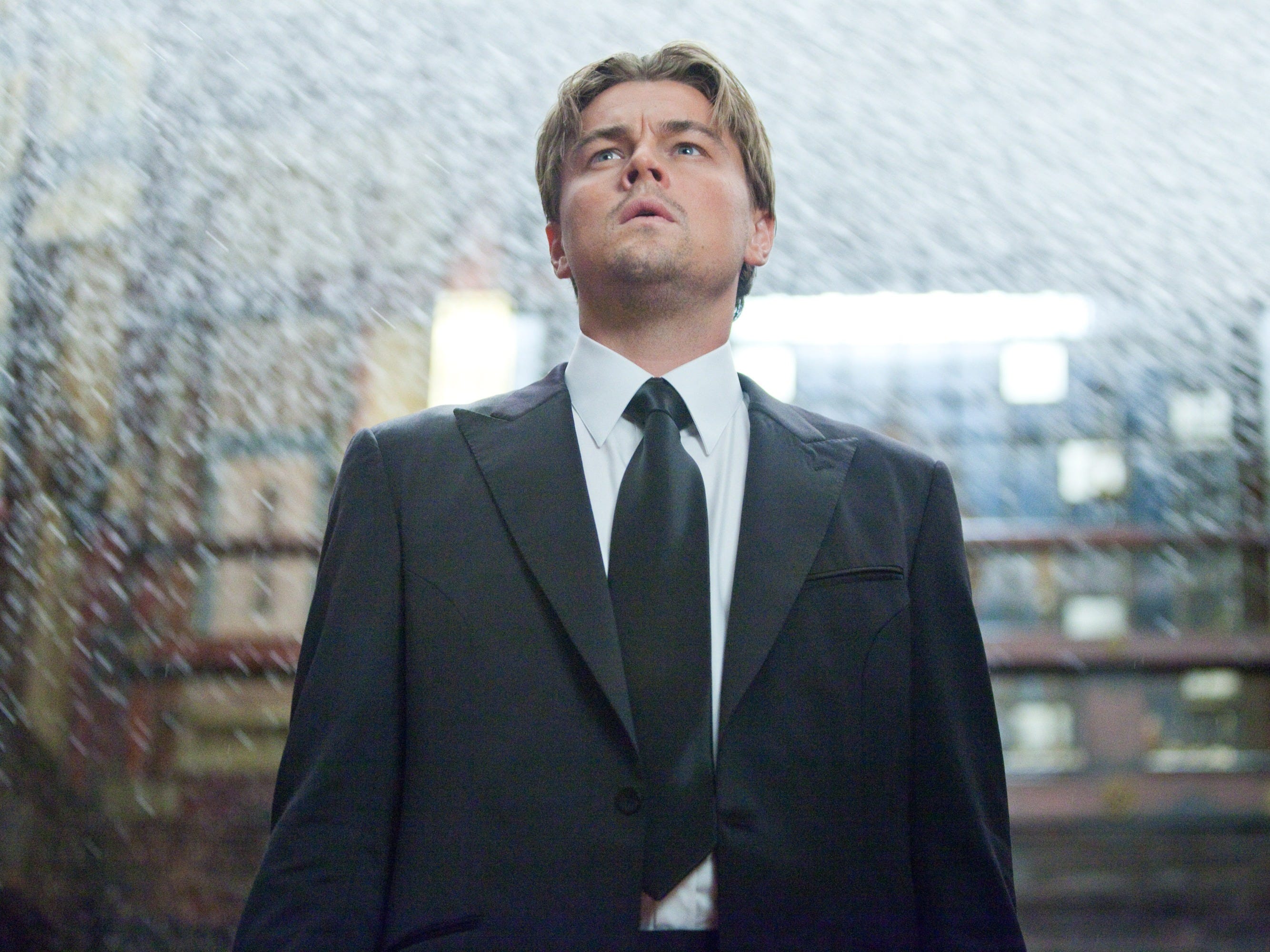 Actors like Brad Pitt and Will Smith were reportedly offered the role of Dominick Cobb before DiCaprio was cast as the “Inception” lead. 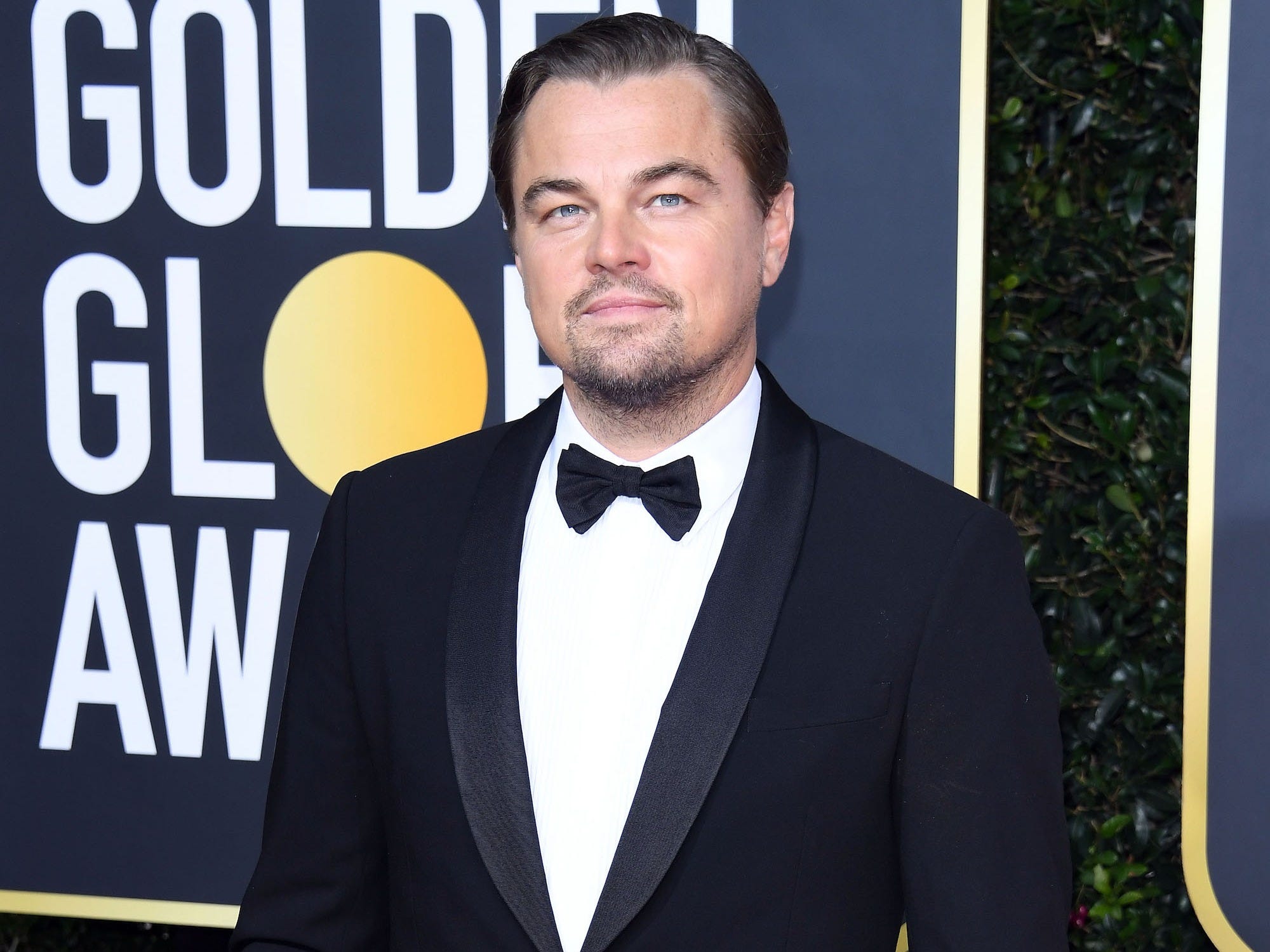 Daniele Venturelli/WireImageLeonardo DiCaprio is an actor.

In 2015, he became the face of the intense adventure film “The Revenant,” winning his first Academy Award for his performance as a frontiersman navigating brutal conditions in the wild.

More recently, he’s gained attention for playing a Western actor named Rick Dalton in Quentin Tarantino’s “Once Upon a Time in Hollywood” (2019). 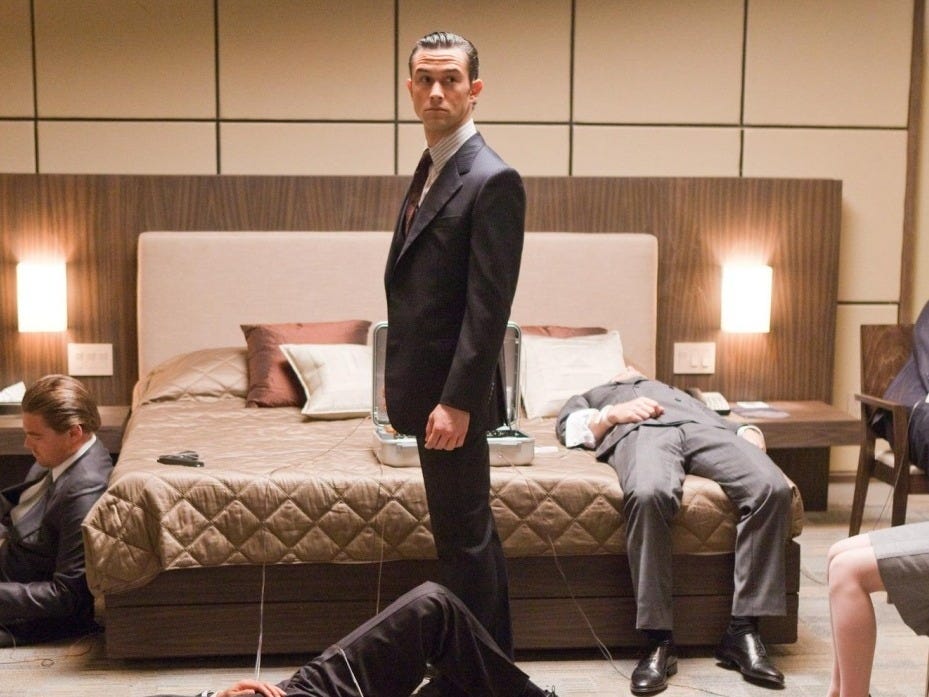 Warner Bros.Joseph Gordon-Levitt is an actor.

The actor appeared on a television series called “3rd Rock From the Sun” as a child before moving into films. As an adult, Gordon-Levitt has matured into challenging projects like “Latter Days” (2003) and “The Lookout” (2007).

His performance as a heartbroken romantic in the indie hit “500 Days of Summer” (2009) gained attention from critics, and he also played The Doctor/Rex in “G.I. Joe: The Rise of Cobra” (2009) before working on Nolan’s film.

He’s appeared in numerous critically acclaimed films in addition to proving his ability behind the camera. 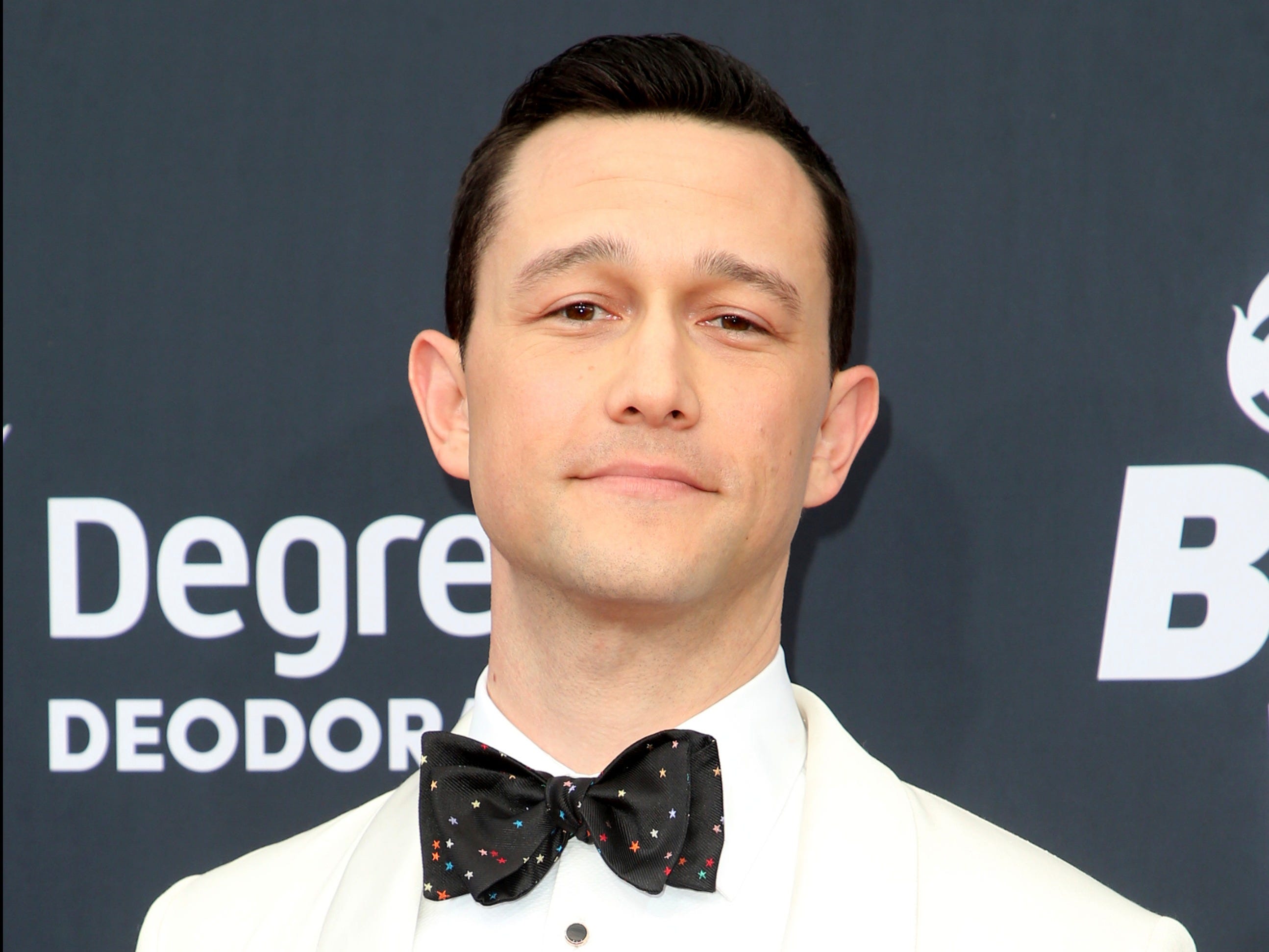 He worked with Nolan again as Blake in “The Dark Knight Rises” (2012). Gordon-Levitt also appeared in Steven Spielberg’s “Lincoln” (2012) and played Edward Snowden in “Snowden” (2016).

As for his upcoming projects, he’s set to appear in Netflix’s science fiction film “Project Power,” which is scheduled to be released in August 2020. 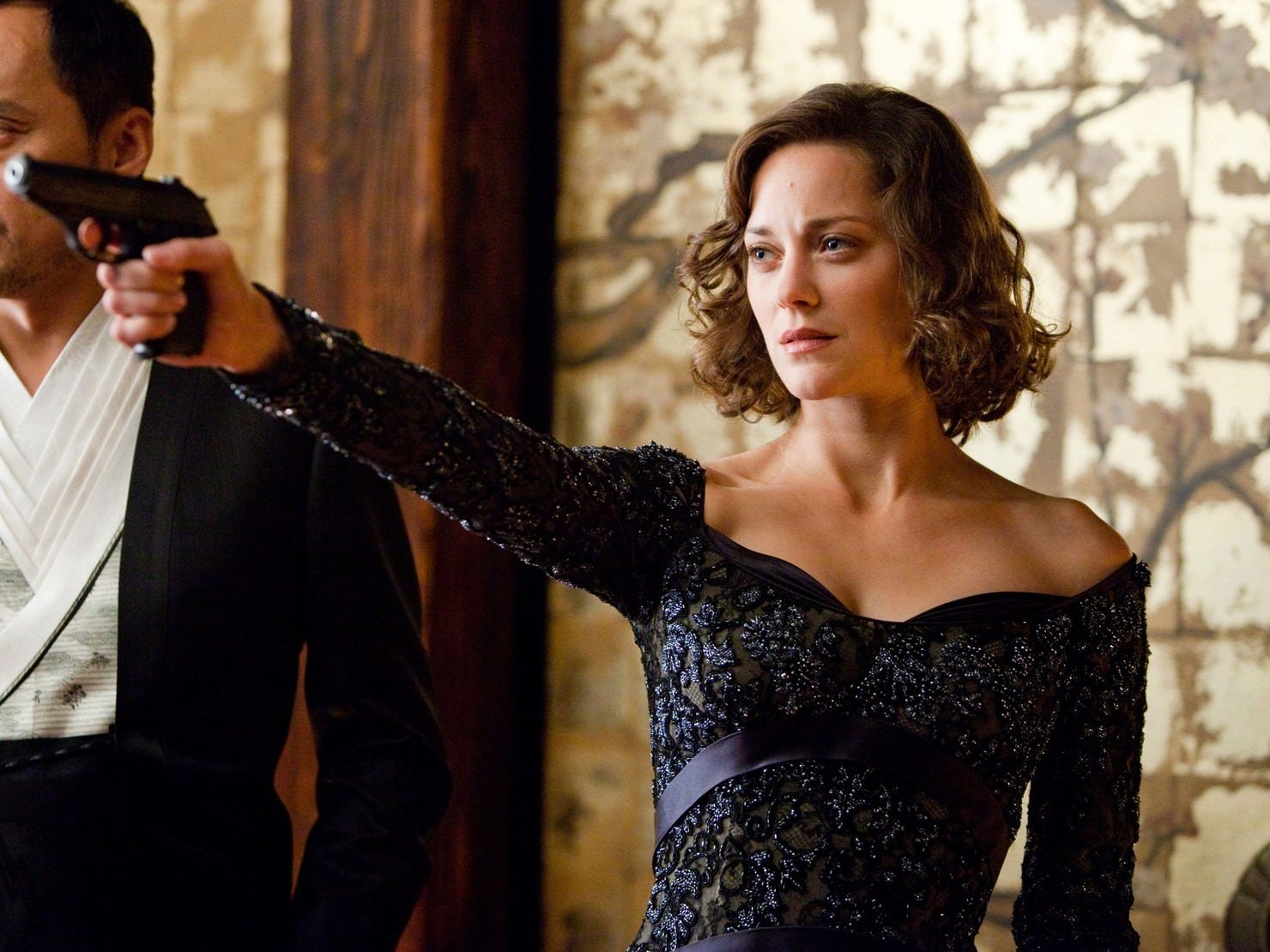 Warner Bros.Marion Cotillard landed the role as Mal in ‘Inception.’

Prior to playing Cobb’s late wife Mal in “Inception,” the French actress had small roles on television and film before snagging screen time in the 1998 hit “Taxi.”

Soon after, Cotillard gave a critically acclaimed performance as Sophie in romance film “Love Me If You Dare” (2003) and successfully transitioned to Hollywood with her role as Josephine Bloom in the fantasy movie “Big Fish” (2003).

She also gained global attention – and awards including an Oscar, a Golden Globe, and a BAFTA – for her portrayal of Edith Piaf in “La Vie en Rose” (2007).

The French actress worked with Nolan again after “Inception” and continues to appear in international films. 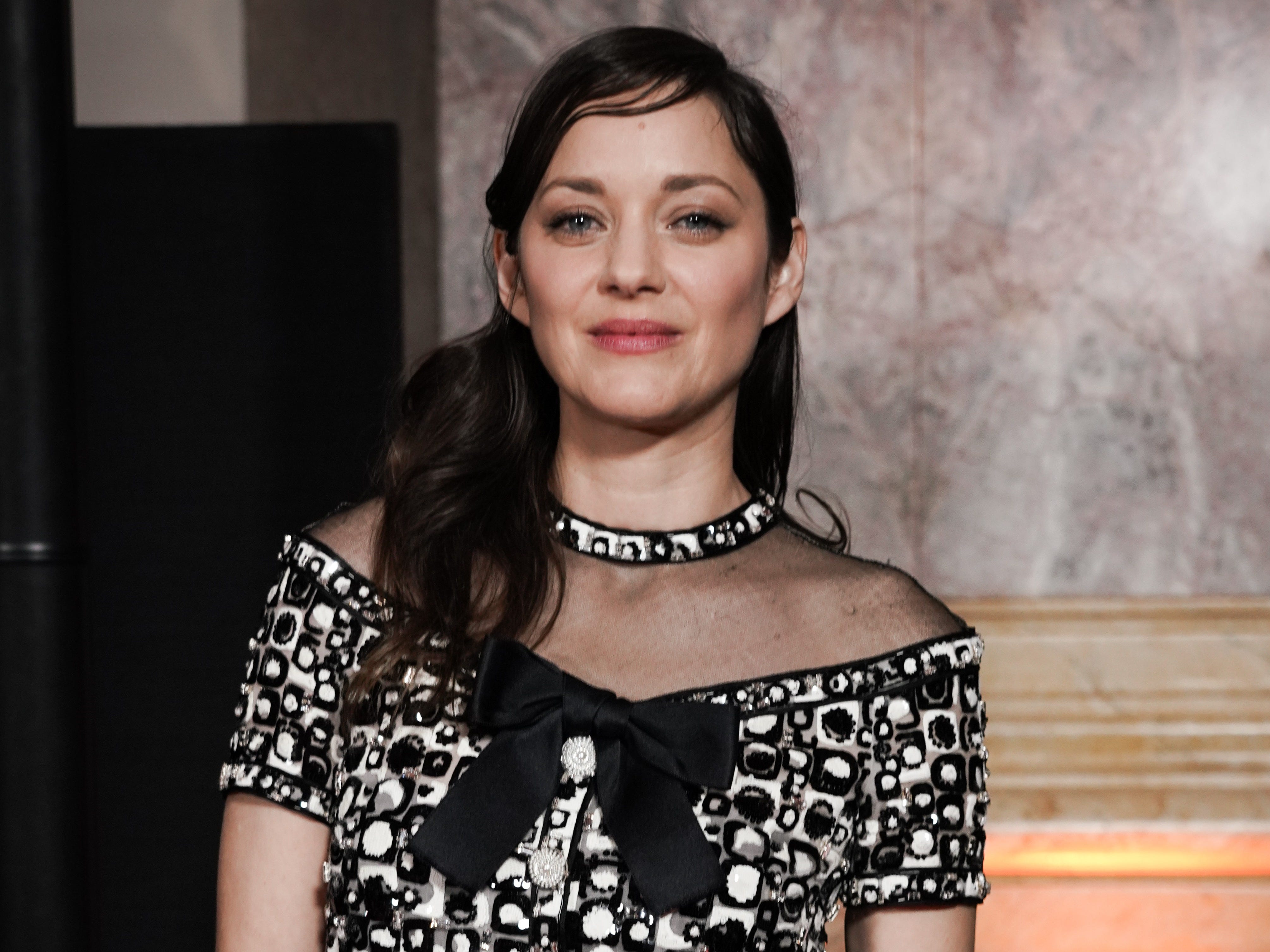 After “Inception” wrapped, Cotillard appeared in Nolan’s “The Dark Knight Rises” (2012) as Miranda Tate, an executive of Wayne Enterprises.

Outside of filming, she’s been the face of luxury advertising campaigns for brands like Dior and Chanel.

Cotillard has also used her platform for environmental activism, serving as a longtime spokesperson for non-governmental organisation Greenpeace. 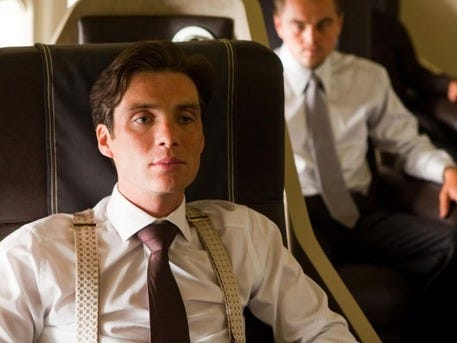 Before taking on the role of Robert Fischer in “Inception,” the Irish actor caught his big on-screen break in the post-apocalyptic film “28 Days Later” (2002).

Murphy worked with Nolan for the first time as Dr. Jonathan Crane/Scarecrow in “Batman Begins” (2005). He continued the role in Nolan’s film “Dark Knight” (2008) before appearing as the target of Cobb’s corporate espionage in “Inception.”

He’s become well-known for his lead role on “Peaky Blinders.” 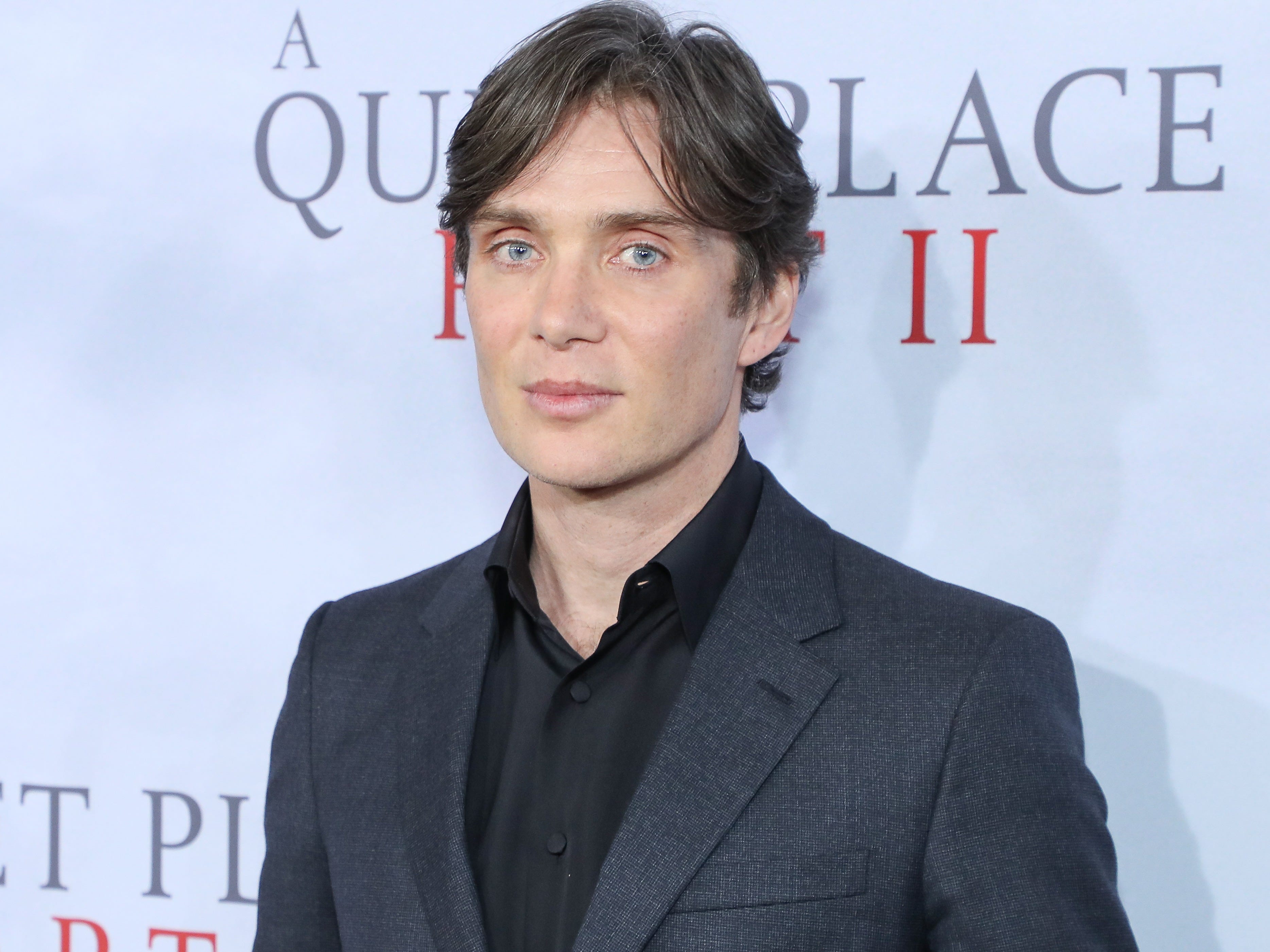 He’s become known for his television role as Thomas Shelby on the historical crime show “Peaky Blinders,” which had its sixth season postponed due to the coronavirus pandemic.

Murphy is also set to appear in the highly anticipated horror sequel “A Quiet Place Part II” alongside actress Emily Blunt, though production has been delayed as a result of COVID-19. 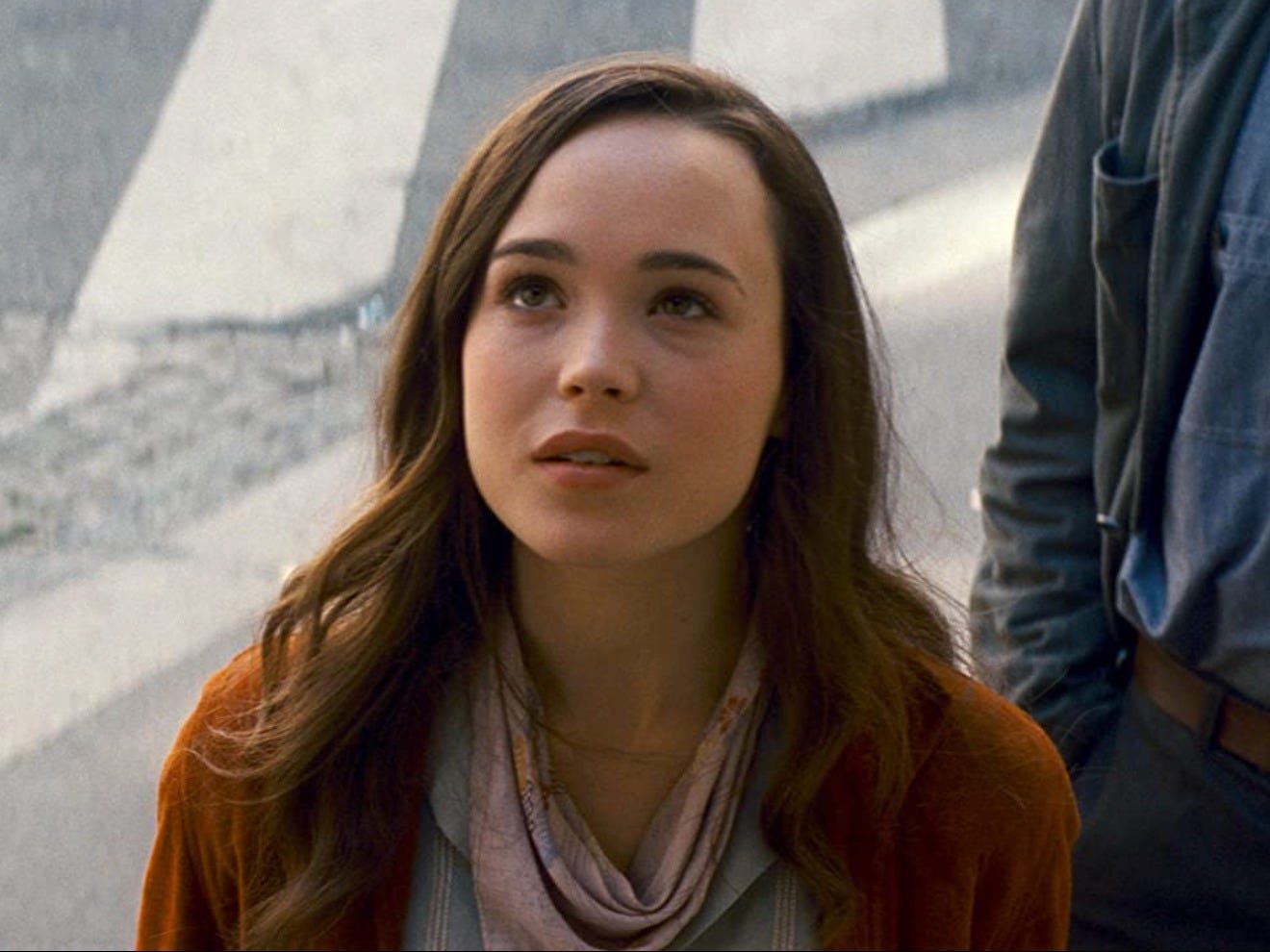 Page appeared in a series of television shows like “Pit Pony,” “Trailer Park Boys,” and “ReGenesis” before her breakthrough role as a pregnant teenager in the romantic comedy “Juno” (2007).

She also had parts in “Smart People” (20018) and “Whip It” (2009) before being cast as an intelligent, curious architecture student in “Inception,” which was her first time working with Nolan.

She’s played a wide range of characters and is a cast member on Netflix’s “The Umbrella Academy.” 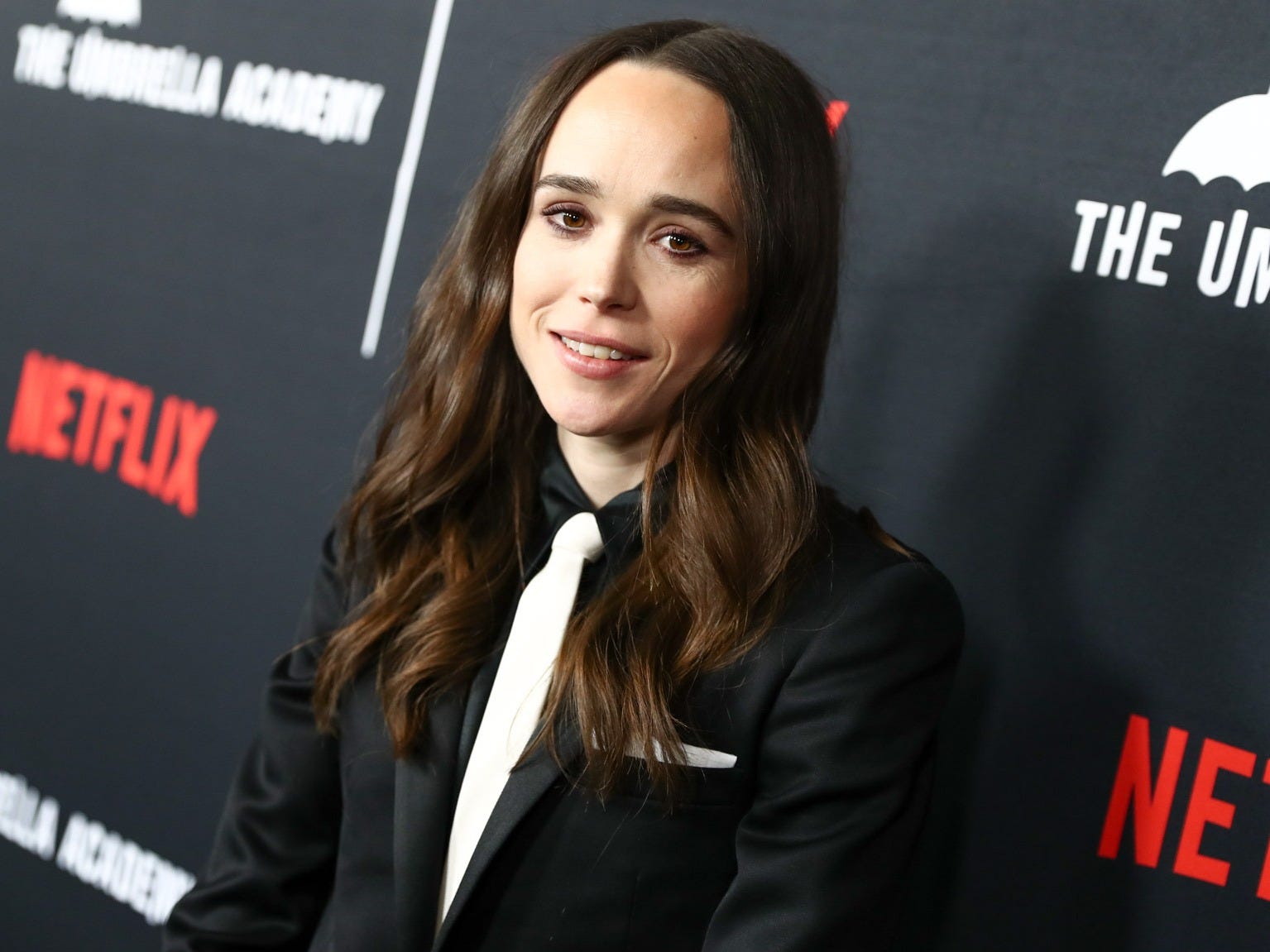 Page has proven her on-screen versatility since filming “Inception” in 2010.

Most recently, she starred on Netflix’s “The Umbrella Academy,” a series based on Gerard Way’s comic book series of the same name. The show’s second season will premiere on Netflix on July 31. 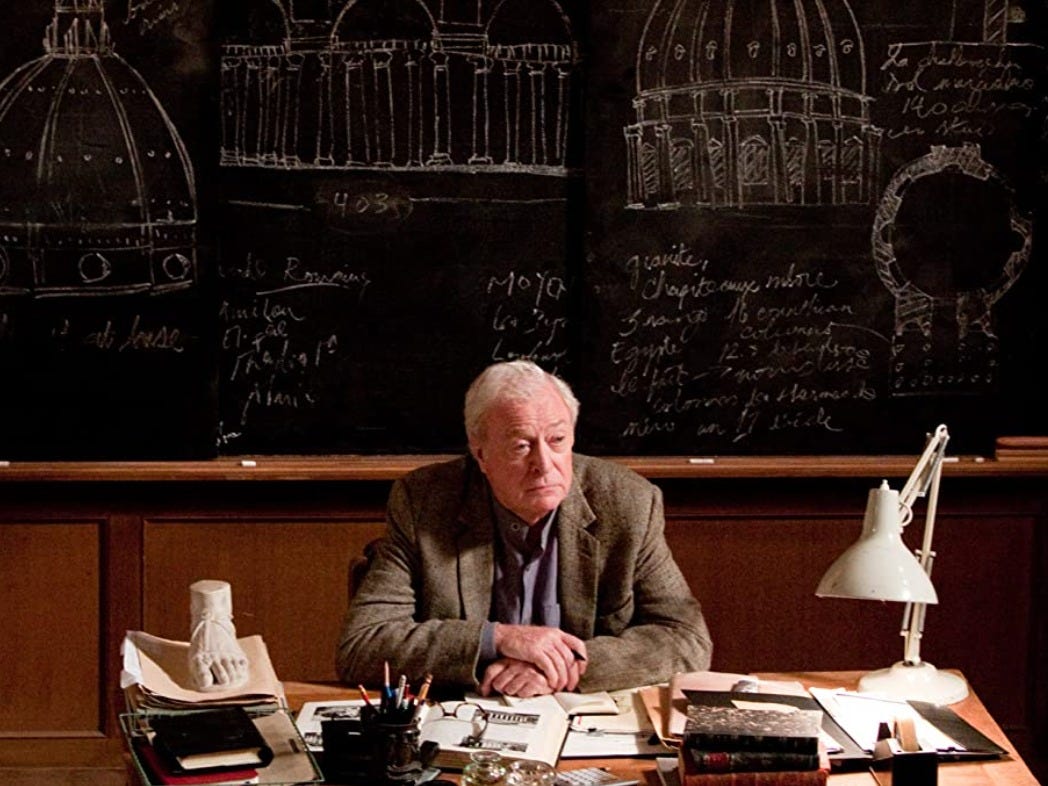 Long before he played Cobb’s father-in-law, the British actor was an icon in the film industry.

Caine began acting in the ’50s and gained attention for breakthrough performances in films like “Alfie” (1966) and “The Italian Job” (1969).

The Oscar-winning actor has since been in over 100 movies, working with Nolan for the first time as Alfred Pennyworth in “Batman Begins” (2005).

The actor has a role in Nolan’s upcoming film “Tenet.” 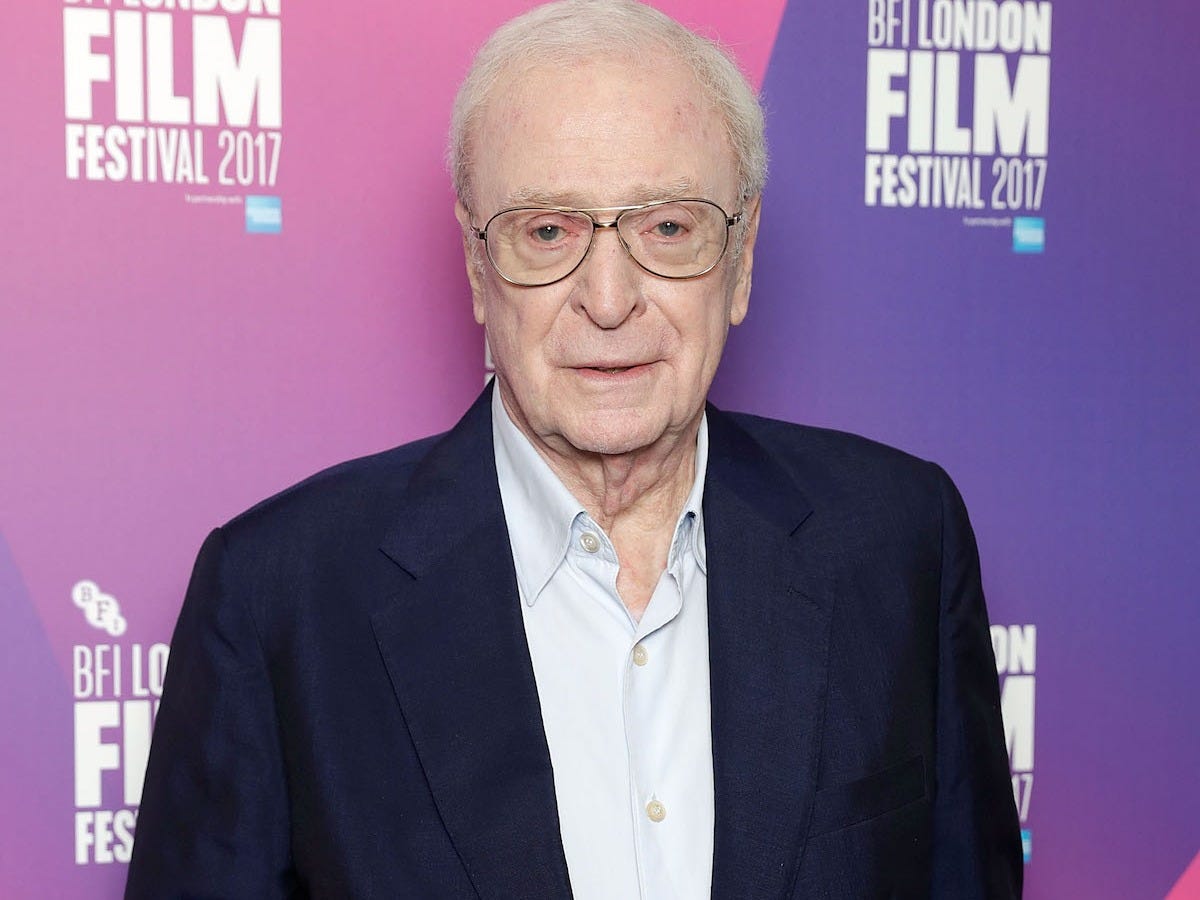 Caine has established a strong partnership with Nolan since their first collaboration in 2005 and has since been cast in eight of the filmmaker’s projects – including “Interstellar” (2014), “Dunkirk” (2017), and “Tenet” (2020).

He’s also set to appear in upcoming projects such as “Twist,” an adaptation of Charles Dickens’ novel “Oliver Twist,” and “Now You See Me 3,” the third instalment of the popular heist franchise.

Ken Watanabe was cast as Saito, a wealthy business mogul that hires Cobb to plant an idea in his rival’s subconscious. 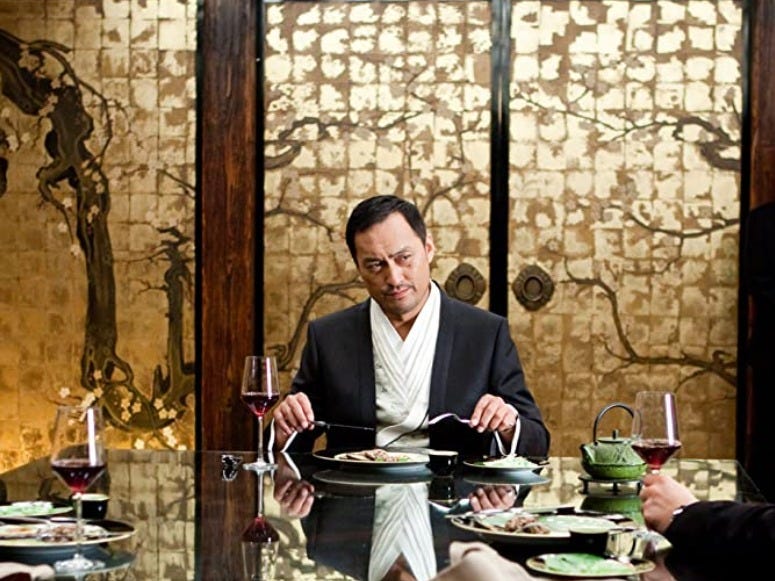 Watanabe had a long film career in Japan before many Western audiences were introduced to him in “The Last Samurai” (2003).

Two years later, he worked with Nolan for the first time as Ra’s al Ghul in “Batman Begins.”

Nolan had such a positive experience working with Watanabe that he wrote the character of Saito with the actor in mind.

“I wrote the part specifically for Ken because I wanted to work with him again. I enjoyed directing him so much on ‘Batman Begins,’ but his role was smaller and we didn’t have a lot of time together,” Nolan told Warner Bros.

“This time I made sure he had a bigger part. Ken is an extremely charismatic performer, a true movie star. He is a consummate actor who knows how to get the most out of every scene. It’s just a pleasure to watch him work,” he added. 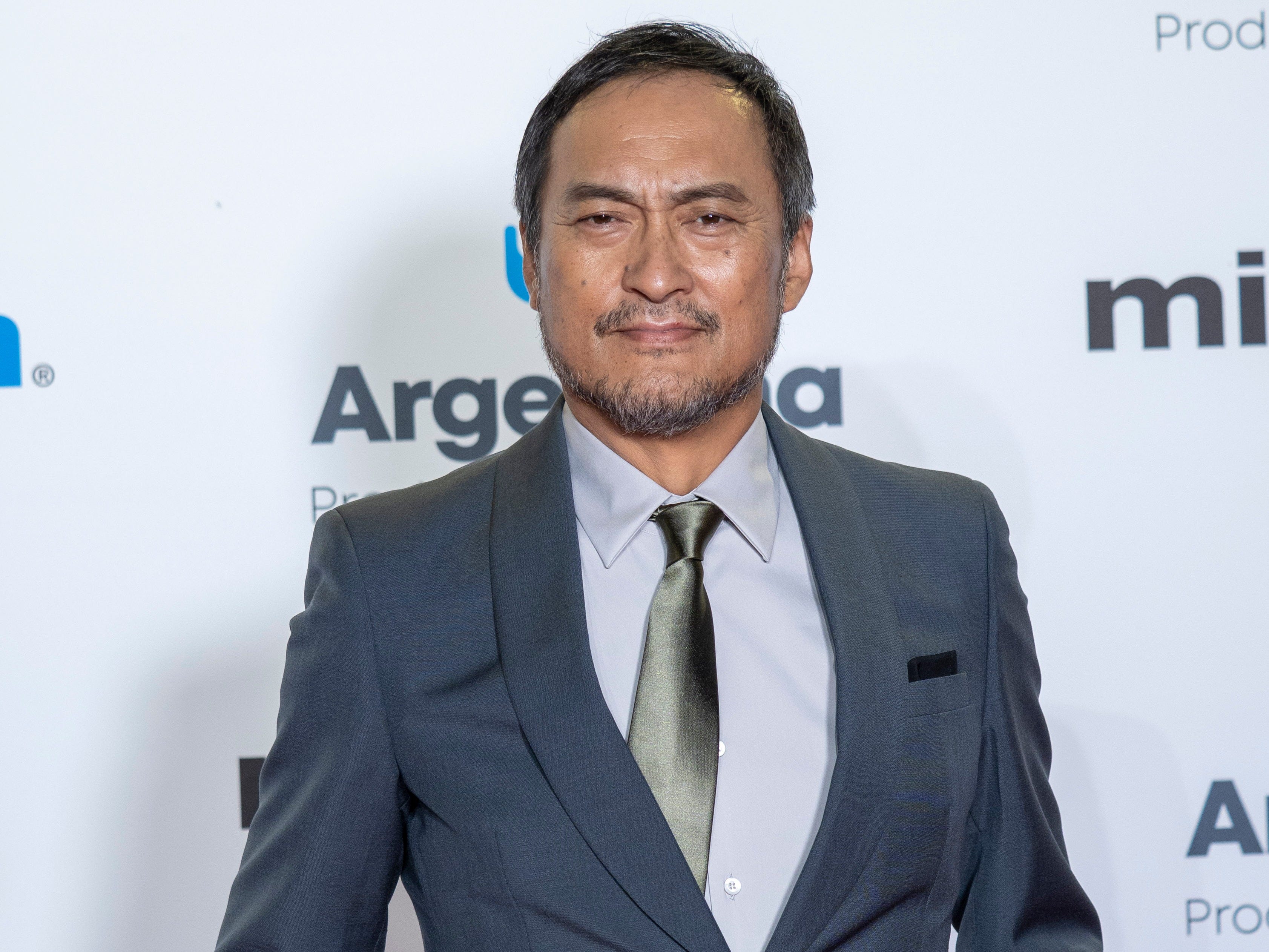 After “Inception,” Watanabe appeared in major productions including “Transformers: Age of Extinction” (2014) and “Godzilla” (2014).

Watanabe is also slotted to appear as a detective in the Tokyo Police Department on HBO Max’s upcoming series “Tokyo Vice,” which is inspired by American journalist Jake Adelstein’s 2009 memoir.

The show’s production was halted in Japan due to the pandemic, however.

Dileep Rao appeared as Yusuf, a man that concocts the drugs needed to enter the dream state. 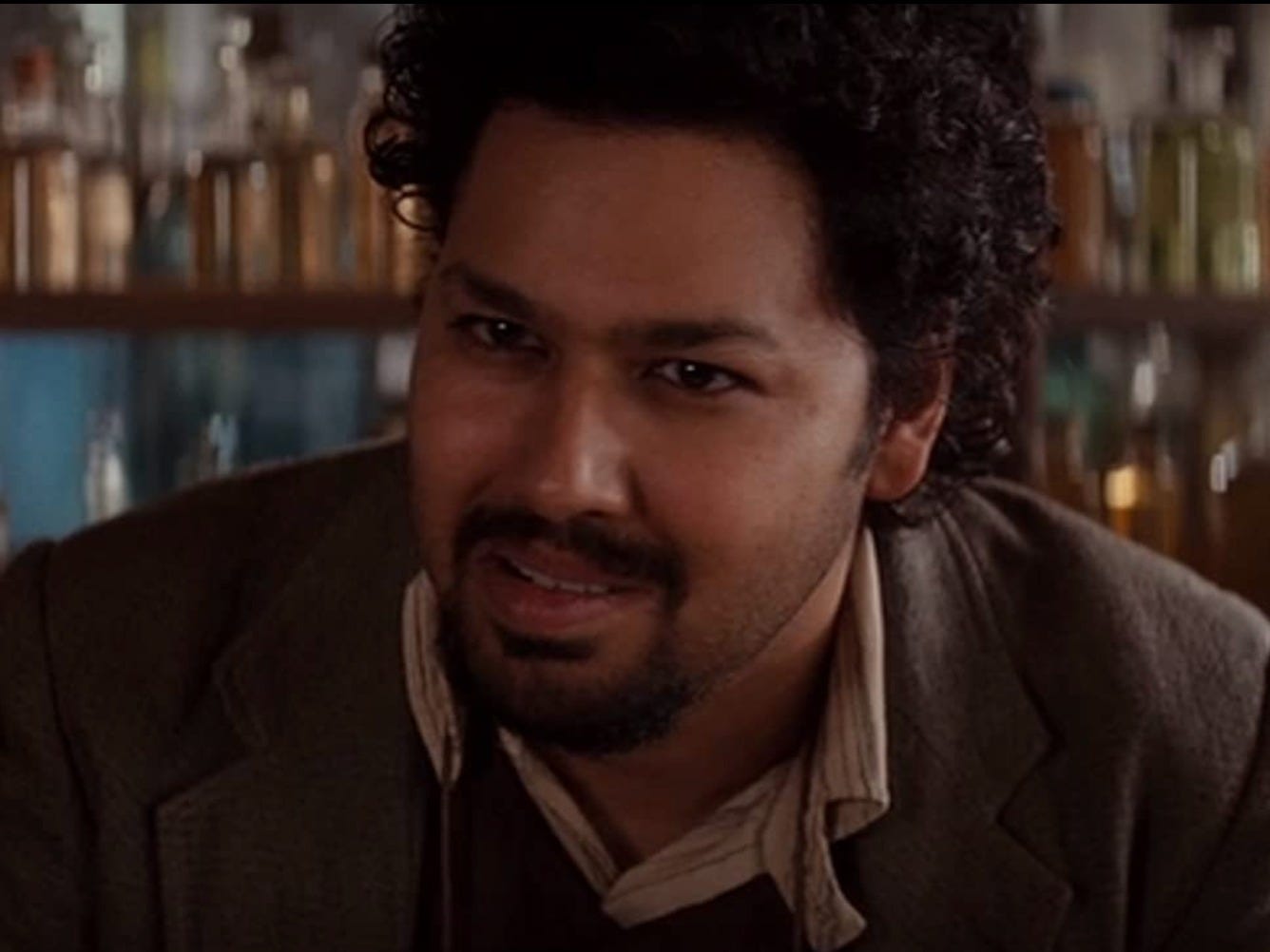 Before playing Yusuf in “Inception,” Rao starred in the supernatural horror film “Drag Me to Hell” (2009) and also appeared in the science-fiction hit “Avatar” (2009).

He secured roles in upcoming projects “Avatar 2” and “Avatar 3.” 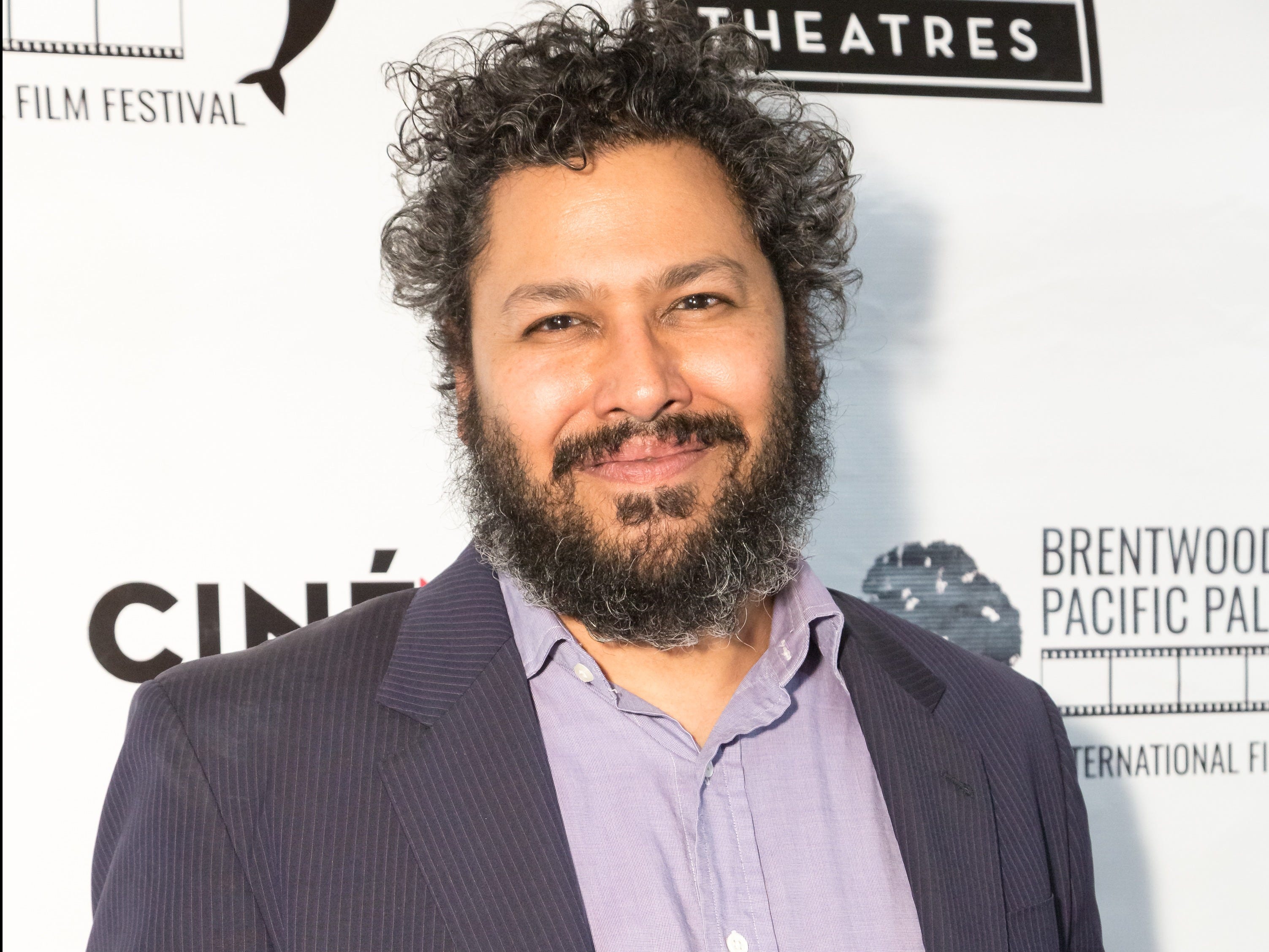 Tom Hardy played Eames, who can transform into different people while inside of dreams. 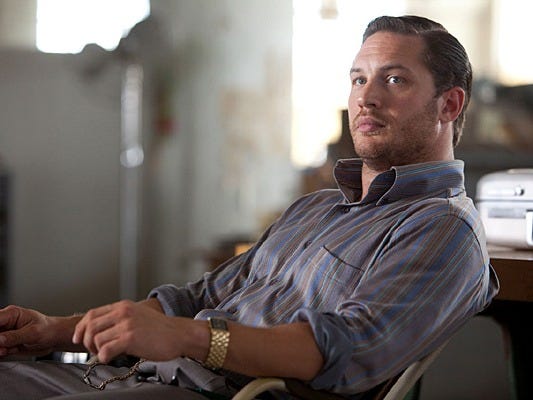 Before he played the master impersonator in “Inception,” Hardy was introduced to audiences as Twombly in his first film, “Black Hawk Down” (2001).

He continued to work with Nolan and joined the Mad Max franchise. 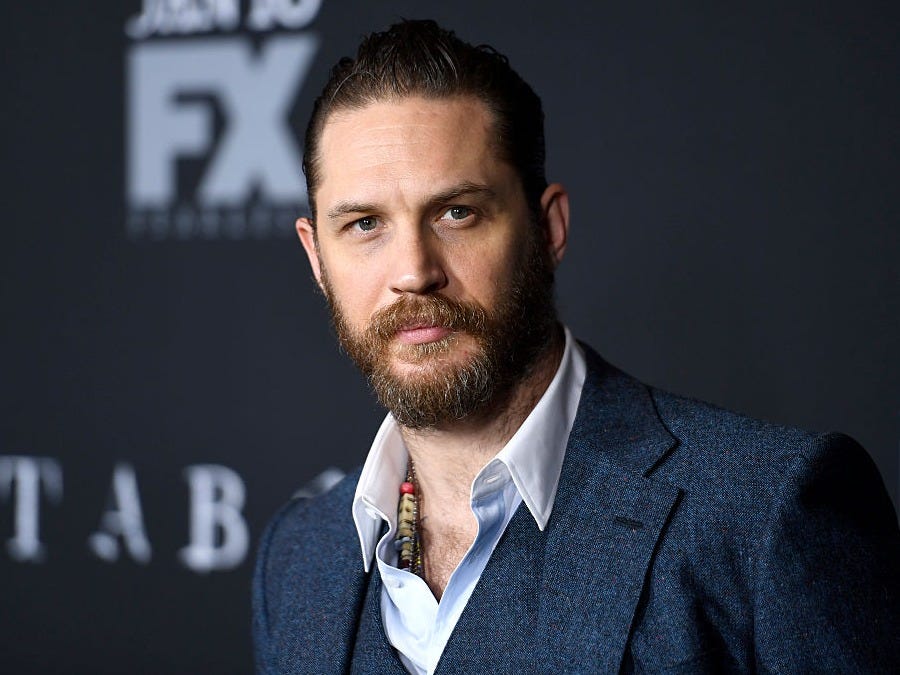 The relationships that the British actor formed while filming “Inception” carried over after the film wrapped.

After landing roles in Nolan’s “The Dark Knight Rises” (2012) and “Dunkirk” (2017), Hardy has been in three of the filmmaker’s projects to date.

He also appeared alongside “Inception” costar Cillian Murphy on the series “Peaky Blinders.”

In 2015, Hardy joined the Mad Max franchise as Max Rockatansky in “Mad Max: Fury Road.” He’ll revive the role in the upcoming film “Max Mad: Wasteland,” though production has been delayed.