In a war with China, the US Navy's warships might not be the first target 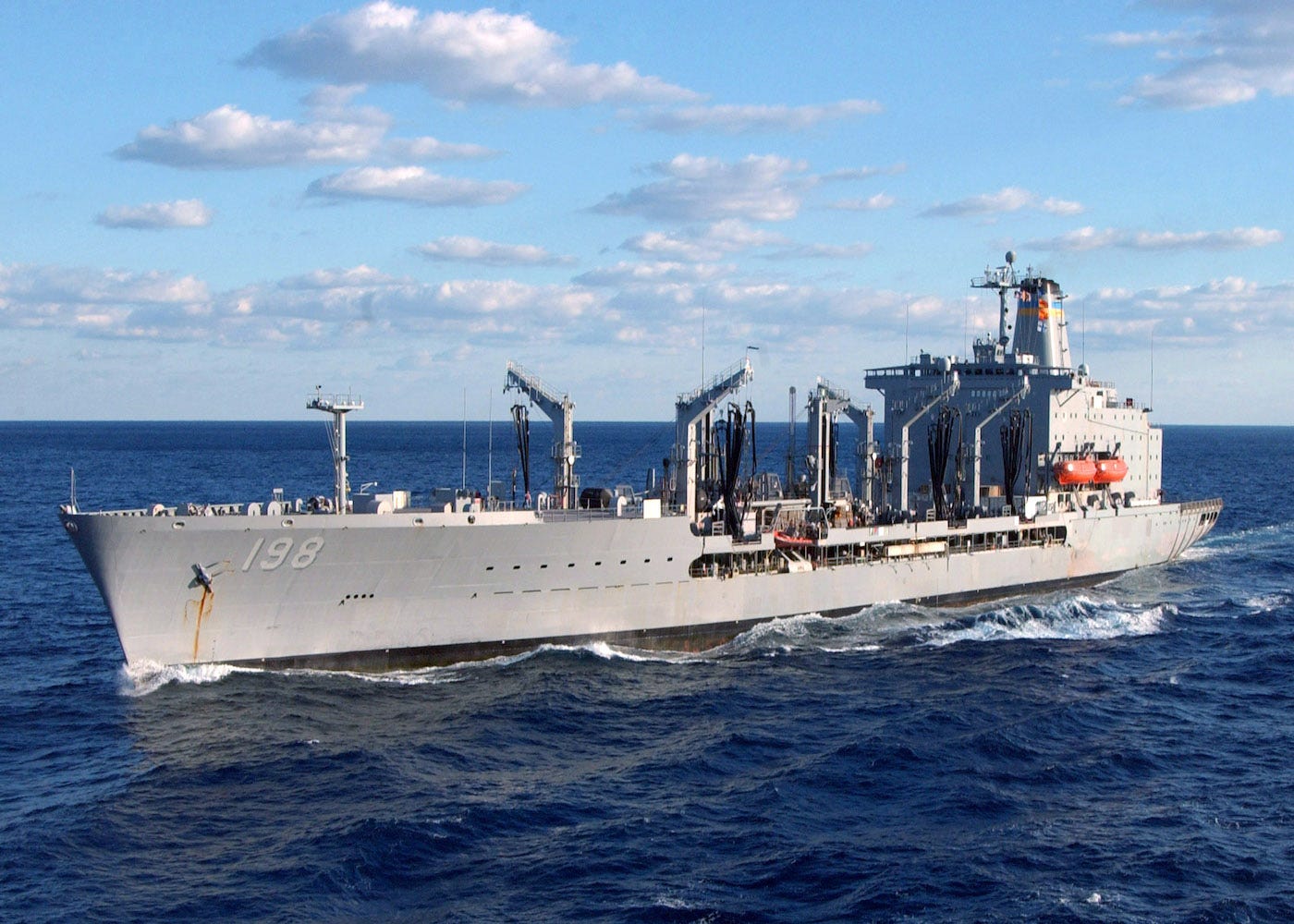 US Navy warships have been on the front lines in the Western Pacific, carrying out freedom-of-navigation operations and other exercises to counter Chinese claims and to bolster allies in the region.

But in a conflict with China, those ships won’t be the only or even the first targets, as Beijing will seek to eliminate the logistical support on which the US military relies, according to retired Navy Adm. Gary Roughhead.

“We neglect logistics, and logistics is how this country has won wars,” Roughead, who was the chief of naval operations from late 2007 until his retirement in 2011, said at a House Armed Services Committee hearing Thursday.

“I will share an exchange I had with Chinese admiral during the time when I was on active duty,” Roughhead added. “He made it very clear to me that our logistics ships were a primary target, because if he can take out logistics, he takes out the lifeblood of the fighting ships, if you will.” 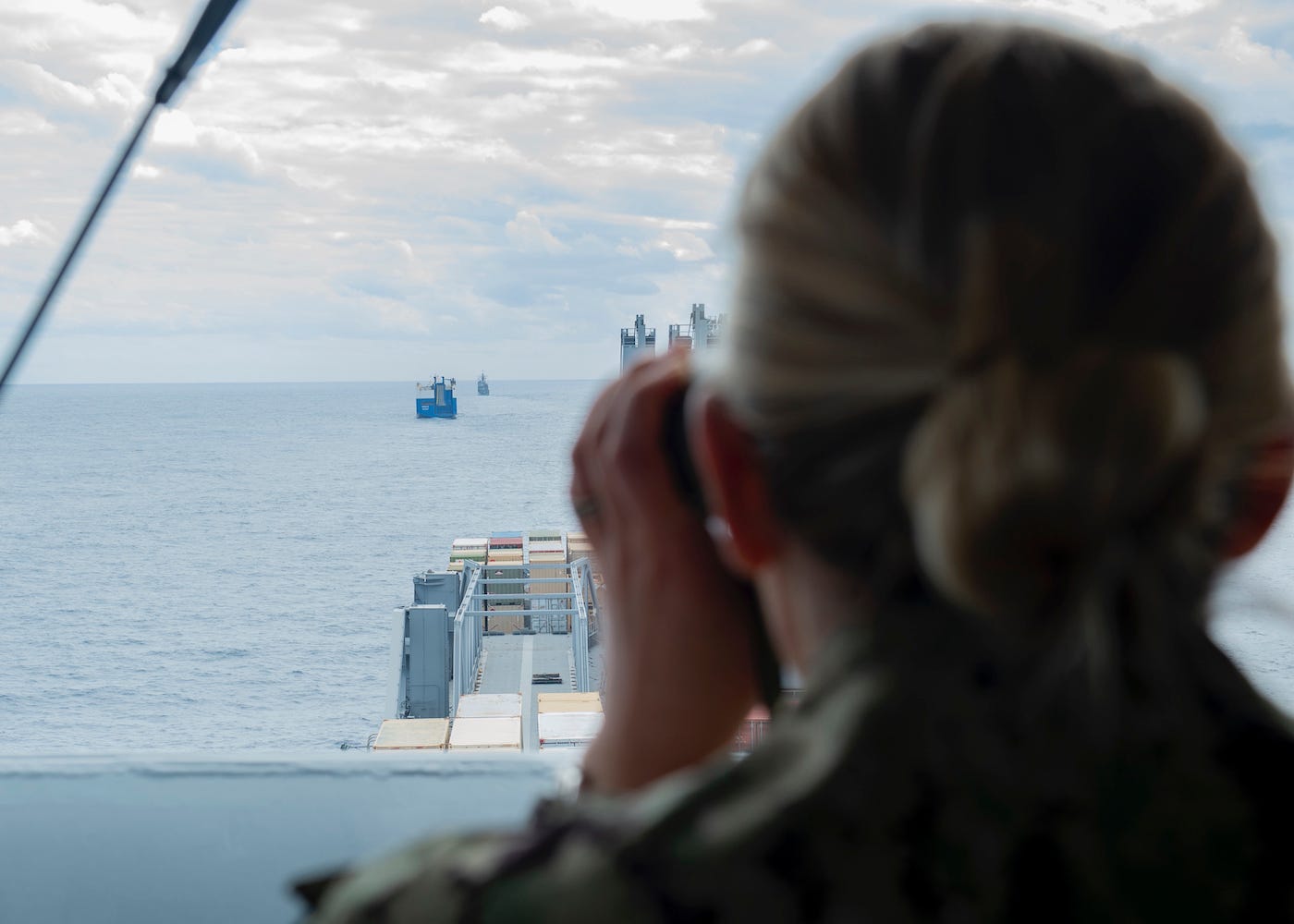 As the US military reorients for “great-power competition” with Russia and China, its ability to sustain military operations in a conflict has gotten renewed attention, especially in the Pacific, where vast ocean and far-flung islands would complicate resupply and reinforcement efforts.

“The distances that we’re talking about the Pacific are huge compared to what we have been used to,” Roughead said.

The military has been able to operate in the Middle East with “logistic impunity,” Roughhead added. “We’ve been close to ports. It’s been a benign flow on sea lanes, and we have to rethink that.”

The resupply issue goes beyond food, fuel, and mail. US warships can’t rearm with missiles underway and would have to return to port to stock up, but China’s growing arsenal of missiles can now reach much the first island chain – which includes the Philippines, Taiwan, and Japanese islands like Okinawa – where many US bases are located.

“I do believe that many of the ports that we routinely rely upon, particularly out in the Western Pacific, are going to be vulnerable,” Roughead said. 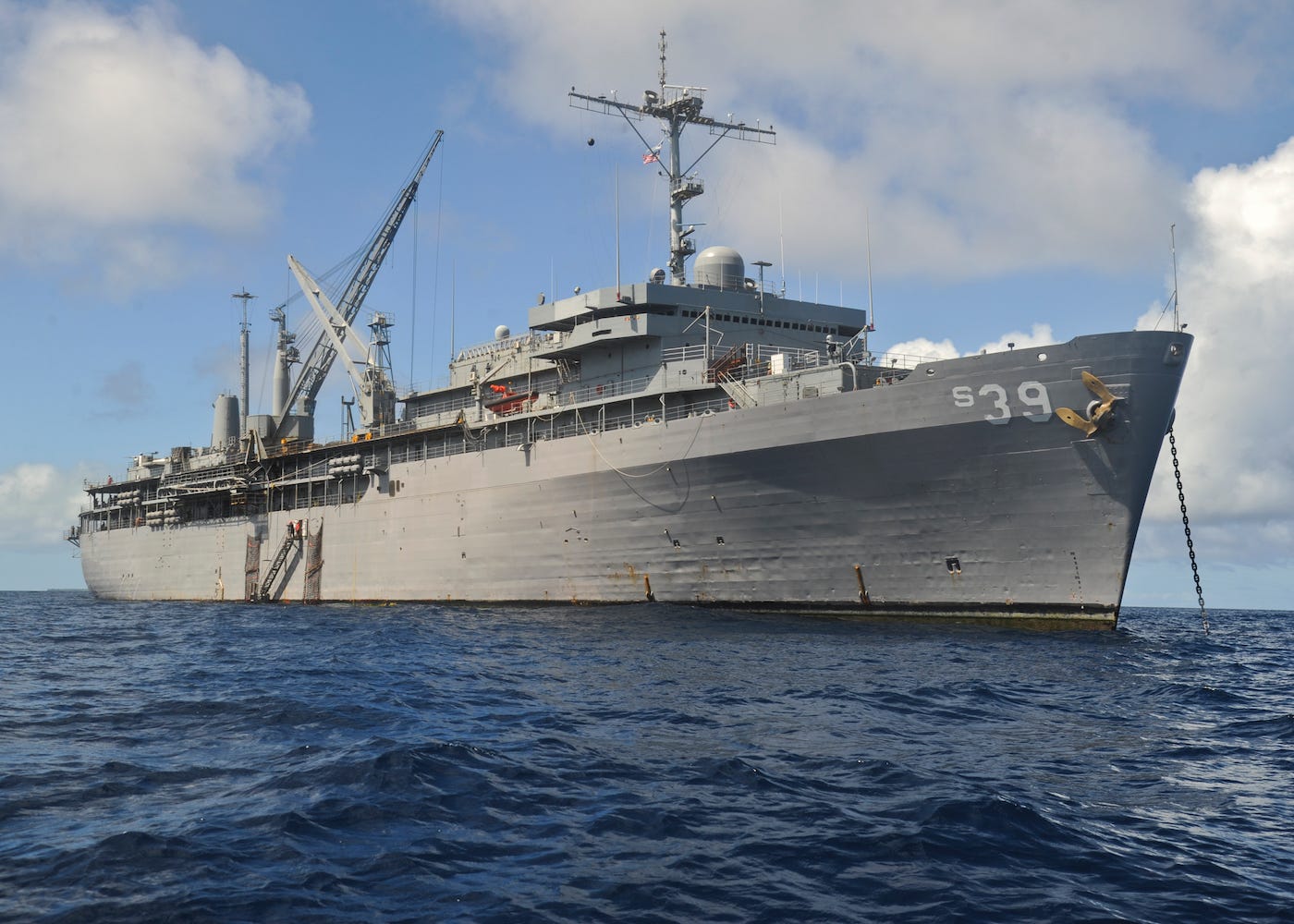 A recent exercise that saw the submarine tender USS Emory S. Land sail into the Ulithi Atoll, a major World War II logistics hub, suggested the Navy is thinking of ways to do resupply on-the-go.

Marine Corps Commandant Gen. David Berger – who has already proposed a dramatic redesign that would make his force better equipped to fight a war in the Pacific – has also admitted that logistical challenges need to be resolved.

The Corps’ challenge is “to develop an entirely new logistics footprint, which includes new ships to support resupply and manoeuvre Marines around the first island chain, littorals, and in a high-threat environment,” Berger said at an event on Capitol Hill in February.

“We’ve got ground to make up” on logistics, Berger added. “Because if … you’re going to fight as a dispersed force, you’ve got to sustain that force. And our supply lines have not been challenged in 70 years. We have not worried about what’s behind us. We need to focus on that now, because … they’re going to try to sever our lines.”

‘Challenged to meet these objectives’ 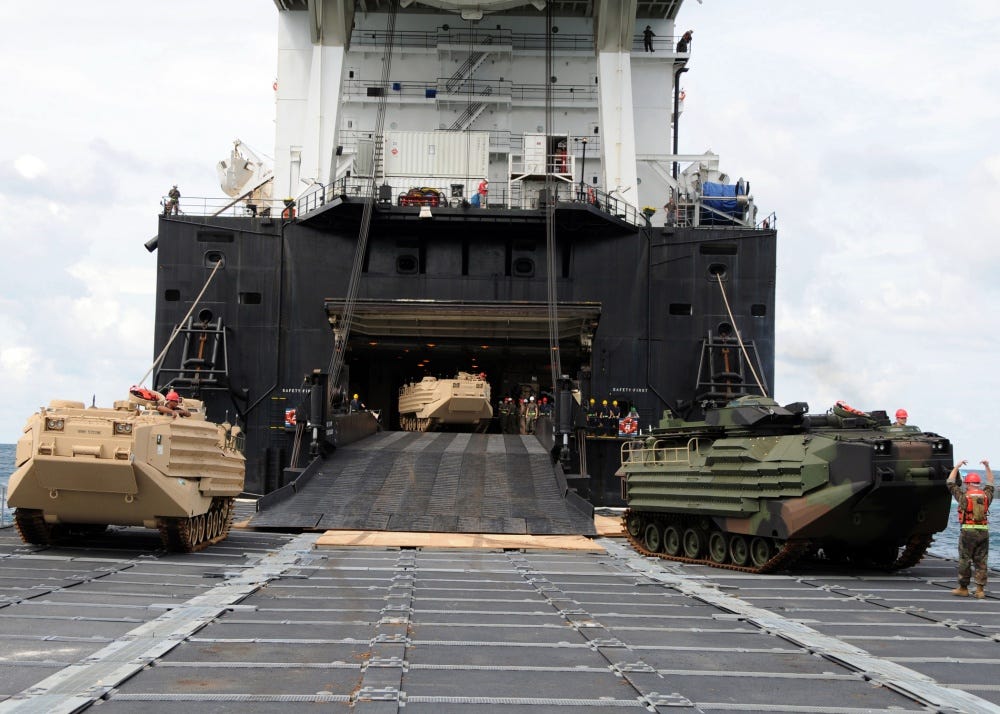 A major problem for the military’s logistics force is the logistics force itself, Bryan Clark, a senior fellow at the Hudson Institute and a former Navy officer, said at the hearing Thursday.

“There are problems in basically the two different elements of logistics force,” Clark said.

The other element is the sealift force, which would transport troops and equipment oversees. Its deterioration has been a major concern among military officials for years.

In September, US Transportation Command performed a large-scale no-notice readiness exercise with the 61 sealift vessels assigned to the Organic Surge Fleet – US-based ships expected to be ready on short notice. 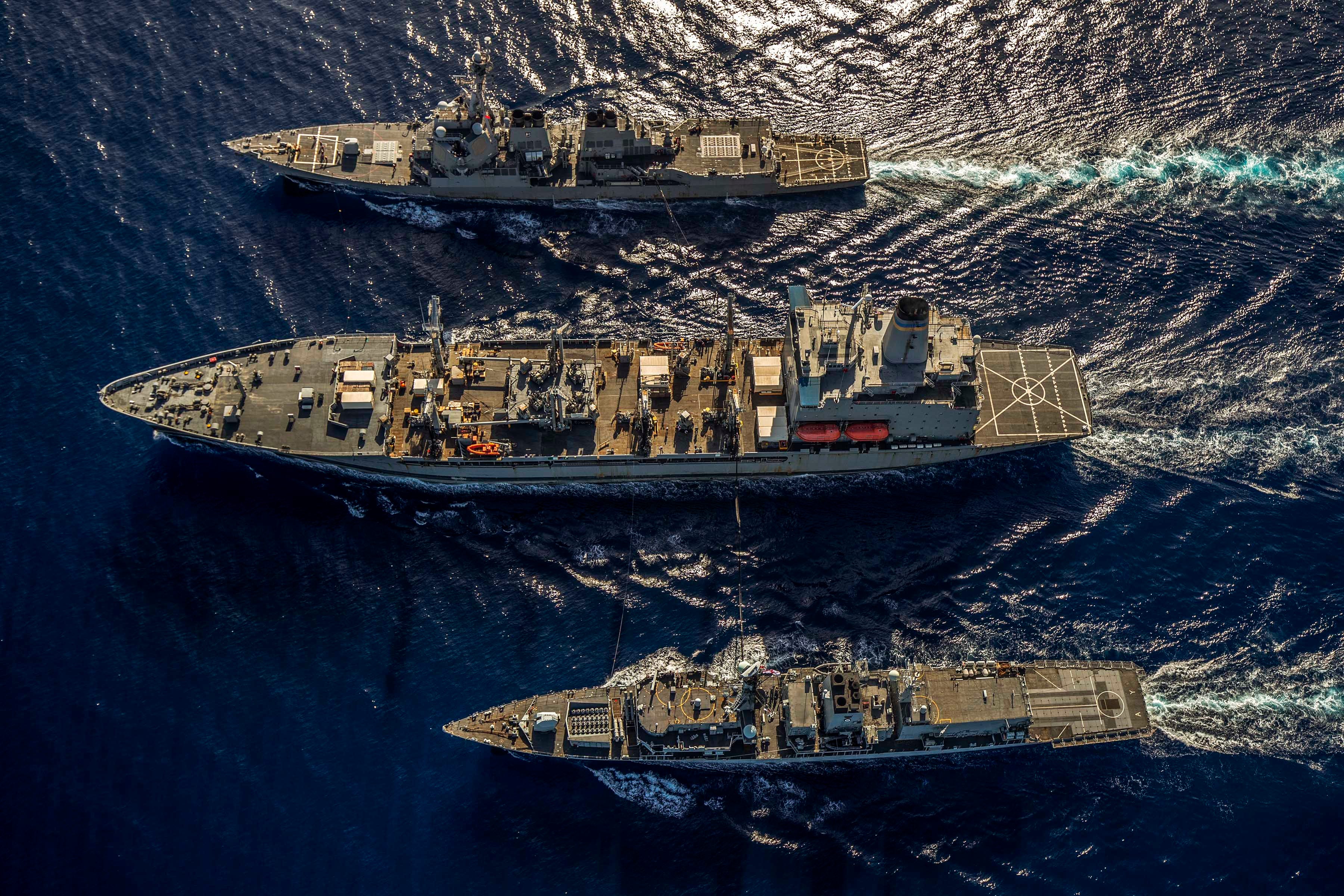 The exercise was a disappointment, with less than half the sealift fleet able to get fully prepared to set sail in the allotted timeframe.

Those ageing sealift ships need to be recapitalized, Clark said. The Navy knows that but has so far been unable to settle on a way to do it.

Clark suggested an expansion of the maritime security program – which gives the military access to government-owned and privately owned US-flagged ships – to fill the gaps. Clark has also singled out a lack of tankers as a major national-security concern.

The expenditures made so far in response to the coronavirus pandemic are widely expected to take a bite out of future defence spending, but Roughead said that investing in the defence industrial base, and on shipbuilding in particular, could aid the economic recovery.

Referring to his testimony to the committee, Roughead suggested that “now’s the time to perhaps jump on some opportunities that may be there, particularly in sealift. The prices are going to be extraordinarily good for recapitalization of that fleet, [and they] might not last very long.”