Getty ImagesBefore getting too serious with your partner, there are some questions to ask.

You will never get to know your partner perfectly. In fact, that’s one of the beautiful things about being in a relationship: Your partner is constantly surprising you.

That said, there are some basic things you probably should know before establishing a life with someone. Over on Reddit, there’s a thread titled, “What questions should everyone ask their partners before getting married?” Most of the questions apply to couples starting to get serious, and not just couples heading to the altar.

Below, we’ve highlighted seven of the most important questions from that thread. Read on and see which you still have to ask.

Do you want kids? 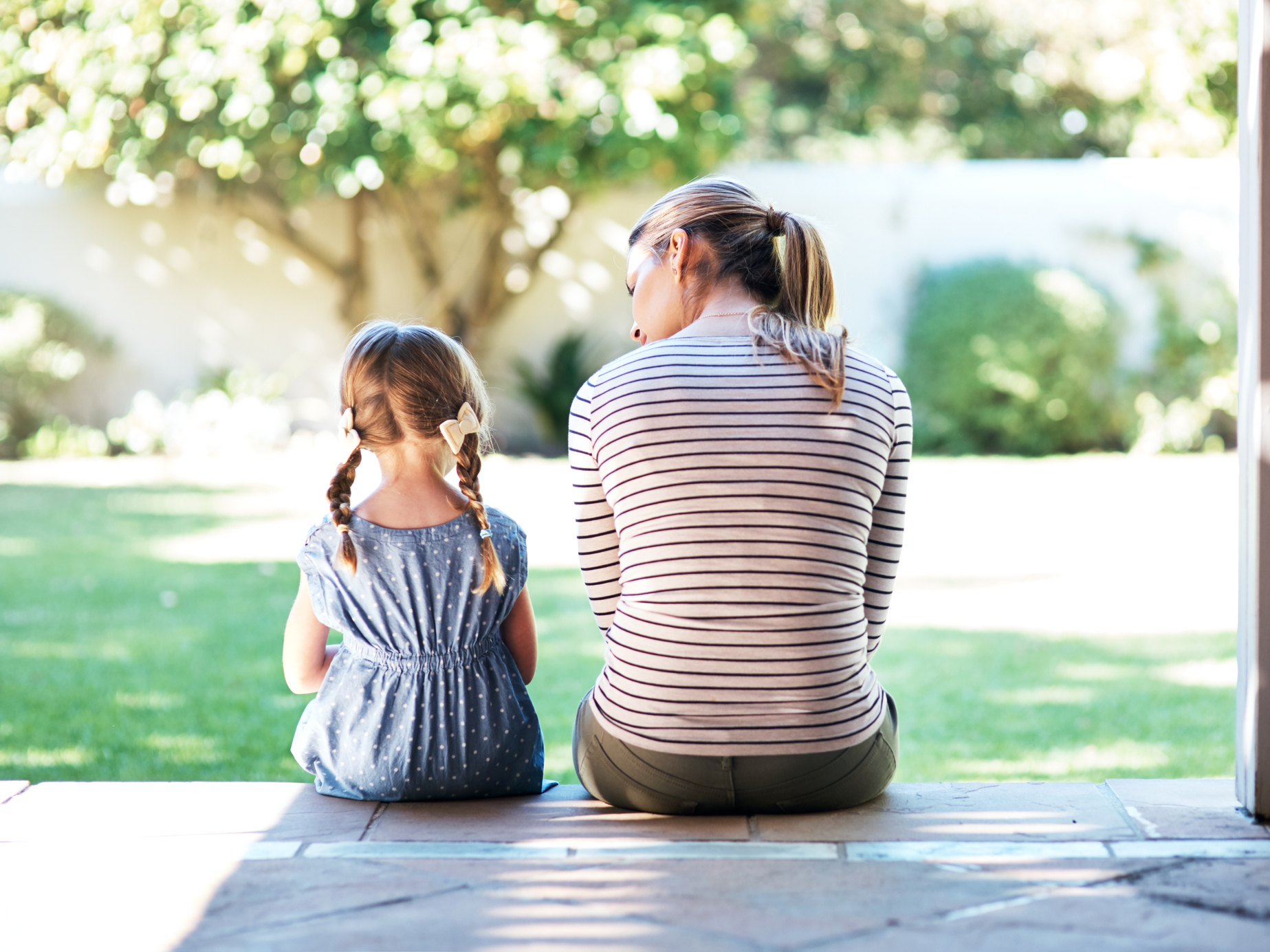 That’s a tip from IntoTheMystic1.

It’s best to address the topic of parenthood sooner rather than later, so no one winds up resentful – or heartbroken – years down the line.

If you or your partner are (understandably) worried that having kids will change your relationship for the worse, you should arm yourself with knowledge about what helps parents maintain intimacy.

Some researchers suggest that there are certain “buffers” against marital disaster after the birth of a child, including:

Who will do the cooking, laundry, and housework? 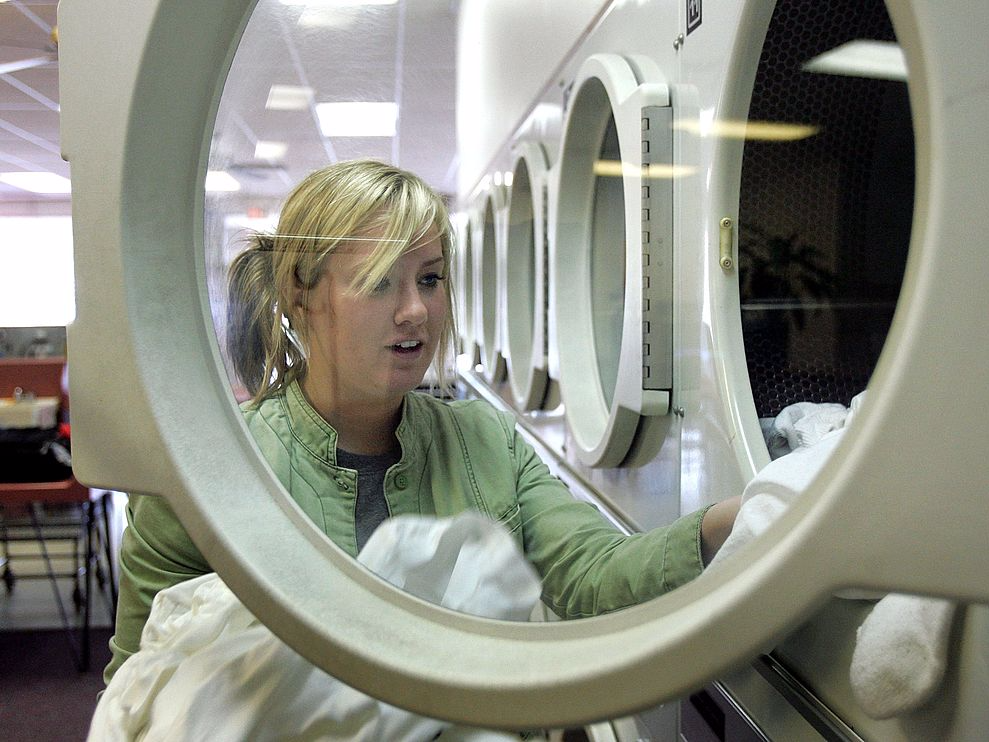 That question comes from Back2Bach, who adds: “What can we do as a couple to divide the routine chores and responsibilities so that each feels they’re making an equal contribution to the relationship and daily living?”

Back2Bach is onto something: According to a 2007 Pew Research poll, sharing household chores is the third most important factor in a successful marriage. (The first two are faithfulness and a happy sexual relationship).

In an excerpt from “Fast-Forward Family” published in The Atlantic, three researchers write that even today, women tend to shoulder the brunt of their family’s housework.

The researchers also write that having some guidelines about who does which chores when can be helpful:

“The couples in our study who lacked clarity on what, when, and how household tasks and responsibilities would be carried out often said that they felt drained and rushed and had difficulty communicating their dissatisfaction in their lives. Spouses who appeared to have a clear and respectful understanding of one another’s roles and tasks, in contrast, did not spend as much time negotiating responsibilities; their daily lives seemed to flow more smoothly.”

How much debt (if any) do you have? 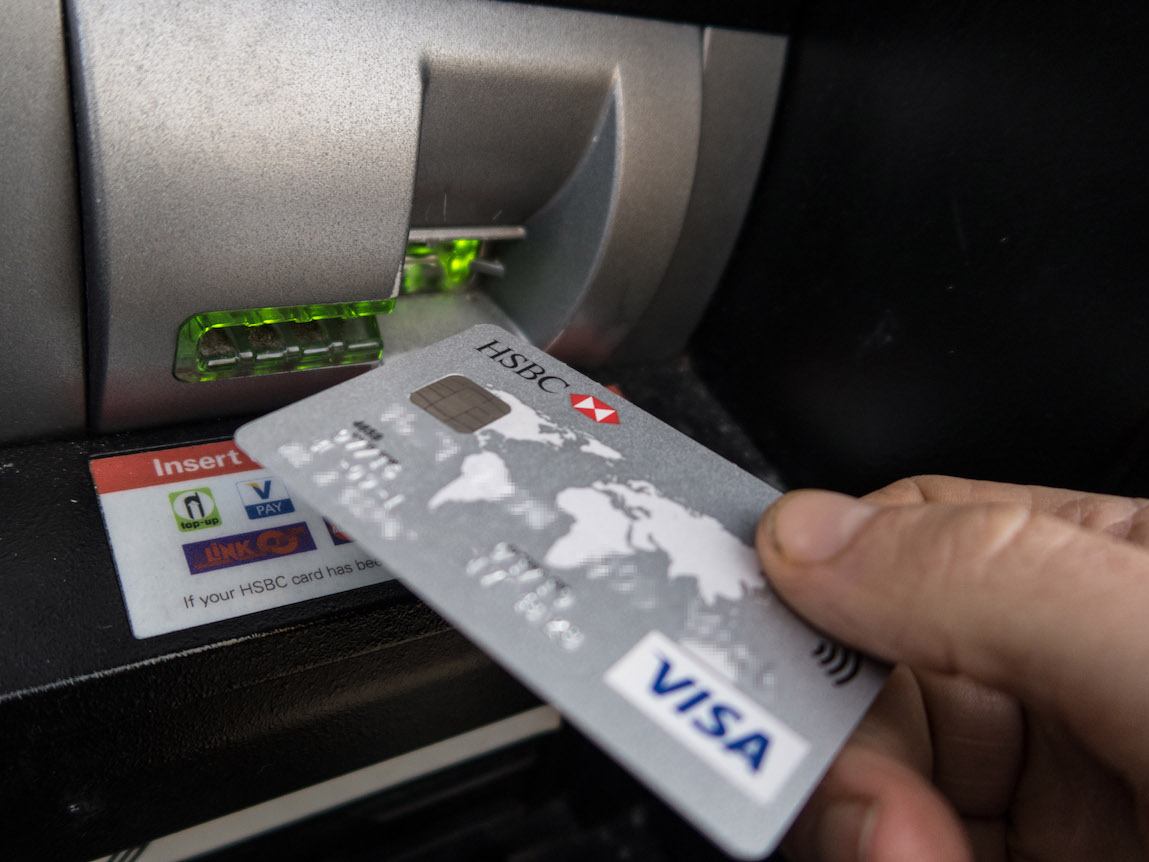 VanDriver1 writes, “It may not be a deal breaker in regards to getting married, but a $US20k surprise after the wedding is not something you need to deal with.”

An honest conversation about finances – especially about debt – is key before getting married, or even getting serious. As Business Insider reported, lying about your debt can potentially destroy your relationship.

For one thing, Valerie Rind, author of “Gold Diggers and Deadbeat Dads: True Stories of Friends, Family, and Financial Ruin,” said, “If you’re tying your horse to someone else’s wagon, you need to know not only what’s coming in, but what’s going out.”

What’s more, Rind said, “You need to know how somebody runs their finances because that totally affects the whole picture.”

How much time apart do you need? 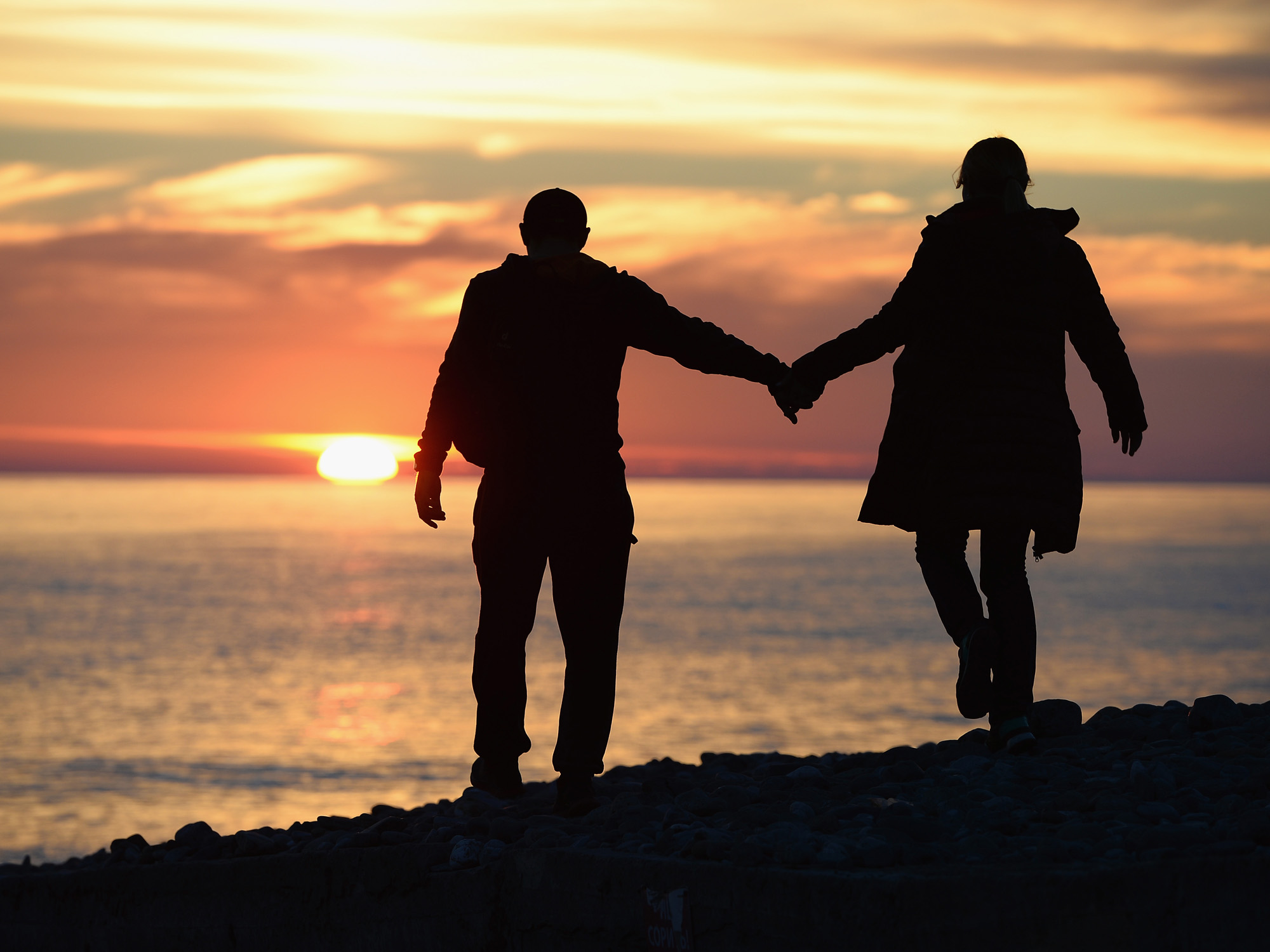 Interestingly, spending time apart and getting some of your needs met outside your relationship may be exactly what your partnership needs.

In his book “The All-or-Nothing Marriage,” Eli Finkel, a psychologist at Northwestern University and a professor at the Kellogg School of Management, recommends asking less of your marriage as a way to strengthen it. For example, maybe your partner doesn’t crave late-night philosophical debates the way you do; maybe a friend does.

Finkel told Business Insider, “If you find yourself chronically disappointed in one element of your marriage, one of the really good ways of dealing with that is to think about: Is it really essential that I try to meet this need in particular through the marriage?”

What do you consider cheating? 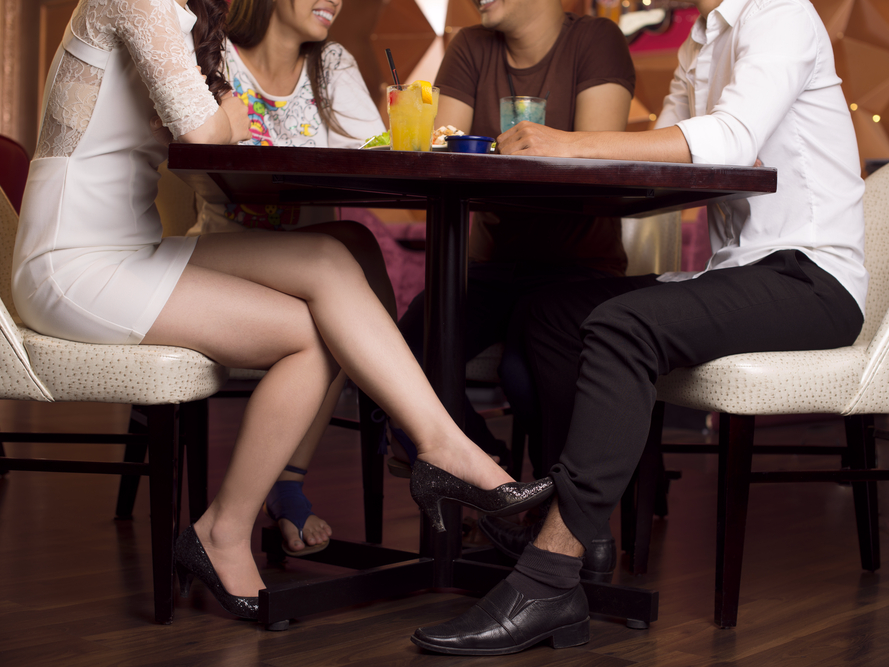 AvieLikesThis writes, “There are those who believe looking at pornography or going to strip clubs is cheating. Bottom line is, everyone has different limits. Establish the boundaries, before getting into a marriage.”

Some signs that you’re involved in an emotional affair include thinking about another person constantly and getting defensive when your partner confronts you about it.

And if you’re suspicious that your partner’s having an emotional affair, take note of any differences in their sexual interest and pay attention to your gut feeling.

How do you feel about divorce? 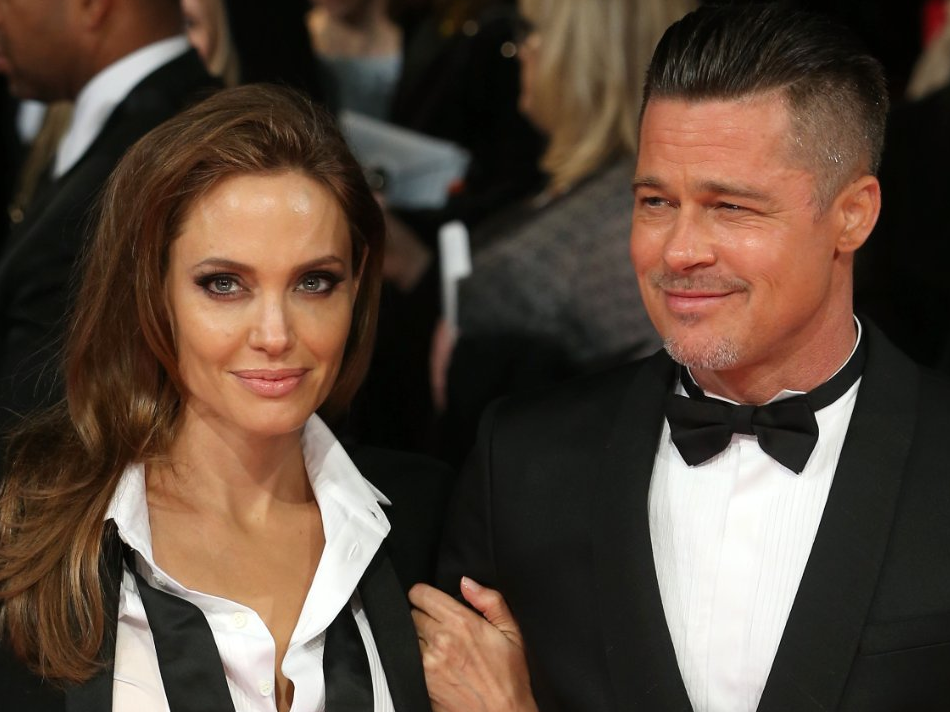 Chris Jackson/GettyBrangelina is no more.

“I know this may not sound like a question you want to talk about, but 5 or 10 or 20 years down the track if things get difficult (and they will), will both of you put in anything and everything that is necessary or will one of you go ‘eh’ and cut their losses? Is there a point that neither of you can come back from? What is the deal breaker: infidelity, addiction, won’t go to mother-in-law’s for Christmas?

“It’s not an easy discussion to have, but it’s worth it.”

Don’t freak out if your partner says they’re open to the possibility of divorce – or if you realise you feel that way. Susan Pease Gadoua, coauthor of “The New I Do,” previously told Business Insider, “When people see divorce as never an option, it can create some unhealthy dynamics.”

That’s because simply knowing that you have an “out” – even if you never use it – can be freeing. If you’re staying in the relationship, it’s because you want to.

How will getting married change our relationship? ReutersPrince Harry and Meghan Markle on their wedding day.

“Some people feel the expectations are different when you’re married than when you’re dating, and others feel that they are the same,” says evelynrae. “It’s important to be on the same page about expectations for every stage of a relationship.”

Writing for the BBC, psychologist Christian Jarrett cites several studies suggesting that people’s personalities tend to change after they tie the knot. For example, one 2017 Dutch study found that partners’ levels of self-control and forgiveness increased over the first four years of marriage.

Still, it’s important to discuss how you’ll change and grow together if you’re planning to get married, as well as what you’re afraid of and excited about.