Biden ally advised against calling witnesses in Trump's impeachment trial because many senators wanted to get home for Valentine's Day, says report 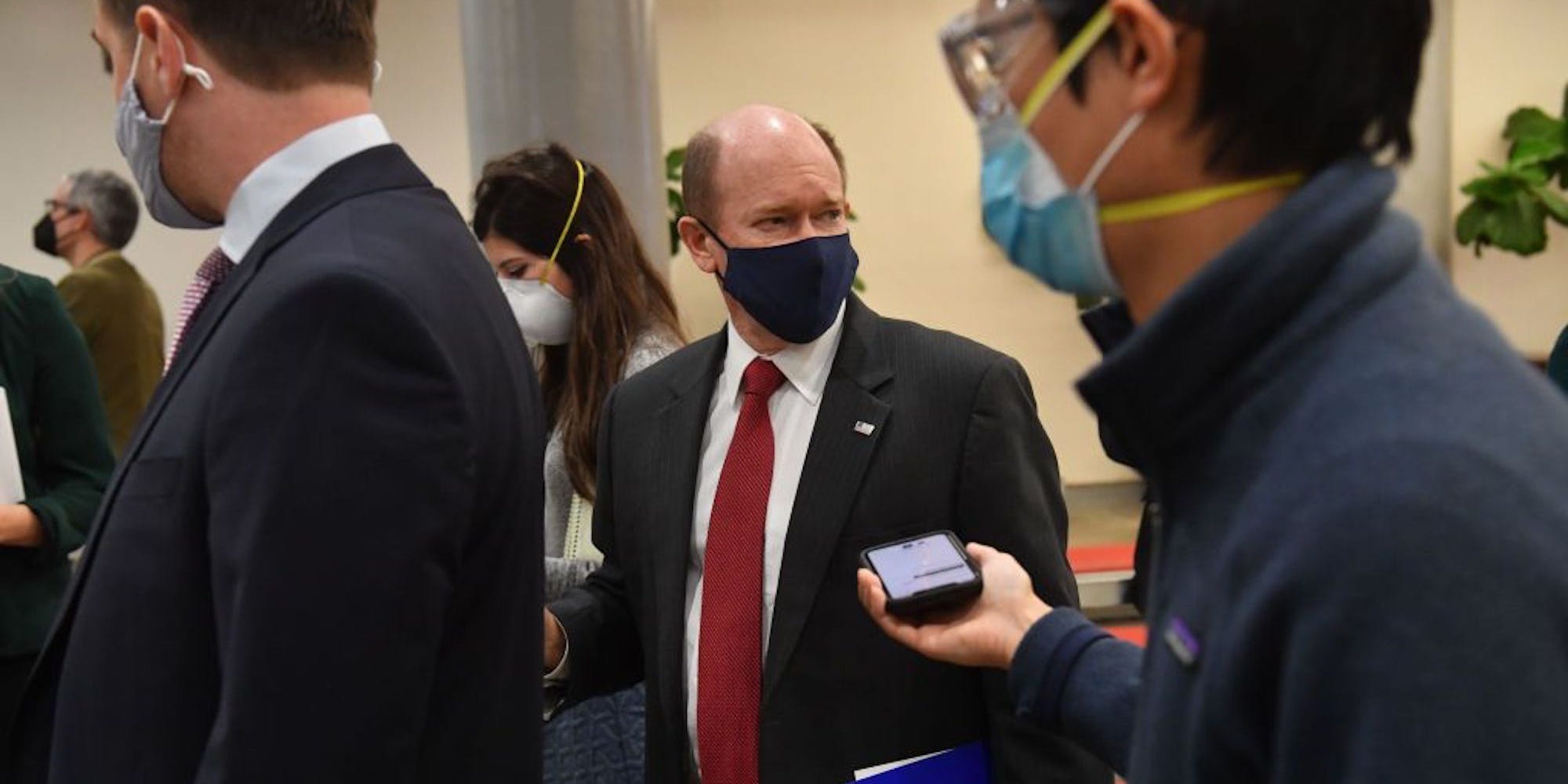 Nicholas Kamm / AFP) (Photo by NICHOLAS KAMM/AFP via Getty ImagesSenator Chris Coons (D-DE) talks to the press before the start of the 2nd day trial of former US President Donald Trump on Capitol Hill February 10, 2021, in Washington, DC

Sen. Chris Coons of Delaware, a close ally of President Joe Biden, reportedly told senators that calling witnesses in Donald Trump’s impeachment trial could endanger Republican conviction votes and that senators were ready to get back home.

An aide at the House of Representatives told The Washington Post that Coons had visited a group of senators after a dramatic decision that the Senate subsequently reversed to call witnesses in the trial.

“The jury is ready to vote,” Coons told them. “People want to get home for Valentine’s Day.”

It was introduced after Republican Rep. Jamie Herrera Beutler said she had knowledge of a heated call between Trump and House minority leader Kevin McCarthy, in which Trump sided with rioters as they were rampaging through the Capitol on January 6.

Dramatic negotiations between the impeachment managers and Trump’s legal team followed, as some Democrats tried to talk colleagues out of their support for witnesses.

According to reports, the Biden White House believes that an extended impeachment trial would distract from the president’s legislative drives in his first months in office.

Coons reportedly warned that the decision to call witnesses could prolong the trial for weeks and that Republicans who’d indicated they were prepared to convict could change their minds.

The trial was much shorter than other impeachment trials in recent history, lasting only five days.

Some critics said that in deciding ultimately not to call witnesses, Democrats were foregoing a chance to present damaging new testimony about Trump’s actions on January 6.

Ultimately, my disappointment at today's Senate activities lies in the fact that, by taking a dive on witnesses, the D's let the Republicans off the hook. Sure, they forced one vote in support of sedition but they blew a chance to demonstrate the R's complicity over & over.

A spokesman for Coons, Jonathan Kott, clarified to the Post that the senator “was simply conveying to the House managers that several of his Republican colleagues told him there were no more votes on their side and their members were ready to fly home.”

A deal was eventually brokered whereby Herrera Beutler’s testimony was admitted to the record, and the trial proceeded as planned with no witnesses called.

Trump was acquitted on charges of insurrection Saturday. Seven Republican senators sided with Democrats to convict the president, though the number fell short of ten votes required for conviction.