New research found coronavirus antibodies in over 99% of recovered patients. Here's what science says about immunity. 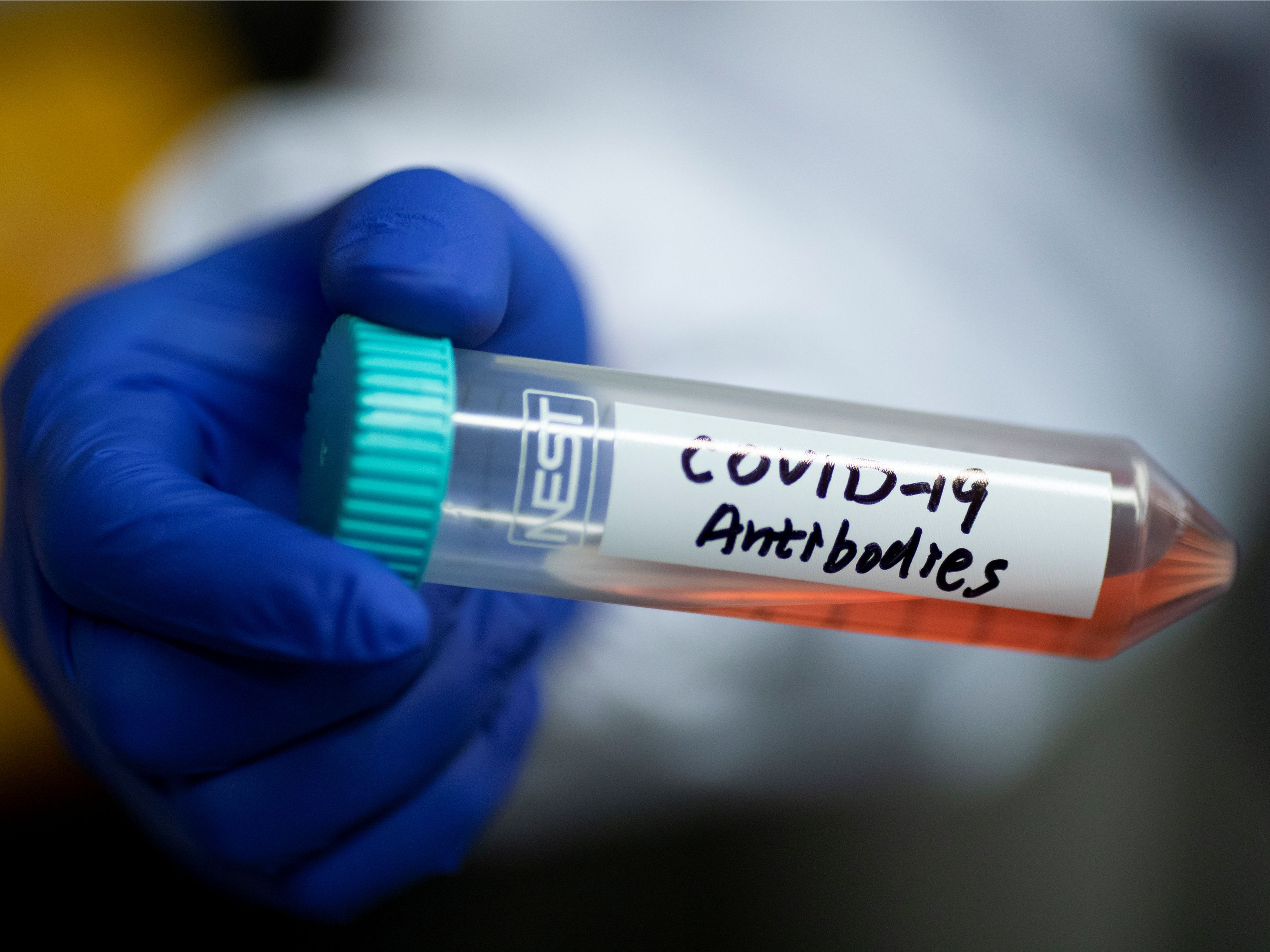 More than 1.3 million people have recovered from the coronavirus, by official counts.

People who recover from infectious diseases typically develop immunity for some period of time. While there are still a lot of questions about what recovery means long-term for coronavirus patients, a new study on antibodies offers some hope.

The research, published online this week but not yet peer-reviewed, found that 99.8% of recovered coronavirus patients studied tested positive for antibodies. It’s the largest study of recovered patients to this point and used the most sensitive antibody test available, and the results suggest recovered patients are protected against future infection.

“What we don’t know yet is how long that immunity will last, the quality of that immunity, and whether all individuals will generate a long-lasting high immune response,” Frances Lund, chair of the microbiology department at the University of Alabama at Birmingham, told Business Insider last month.

Are you immune to the coronavirus after you’ve had it?

Your immune system has a two-pronged way to attack the coronavirus, using the innate immune response and the adaptive immune system.

The innate immune system is your built-in, general immune system, which gets immediately activated against an unrecognised virus. This system includes physical barriers like skin, defence mechanisms like tears and bile, and cellular responses like inflammation.

The adaptive immune response is a powerful second layer: It has T-cells that destroy infected cells, macrophage cells that remove the leftover cellular debris, and B cells that produce antibodies (proteins that neutralise the virus based on its unique shape). Associated PressAurelie Gouel, an ICU doctor, poses during a break in her shift treating COVID-19 patients at Bichat Hospital in Paris, on April 7, 2020. Gouel was infected by the coronavirus in March but returned to work after she recovered.

The new study of coronavirus antibodies comes from the Icahn School of Medicine at Mount Sinai Hospital in New York. It found that 1,340 of 1,343 patients who had confirmed COVID-19 cases and recovered developed antibodies. Mount Sinai’s antibody test is FDA-approved and has a less than 1% chance of producing a false-positive result.

The findings show that almost everyone who recovered developed antibodies, regardless of age, sex, or severity of illness.

That’s a higher portion of recovered patients found to have antibodies than Chinese scientists reported in preliminary research last month. In that study, also not yet peer-reviewed, about 10 of 175 participants (6%) did not develop neutralising antibodies. About 30% of those studied did not develop high levels of antibodies. The researchers also found that patients’ levels of antibodies were correlated with their ages: Middle-aged and elderly patients tended to develop higher levels than younger ones.

How long does immunity last?

Dr. Anthony Fauci said in early April that people who recover from the coronavirus will likely be immune during a second wave of infection that’s likely spread in the early fall.

“Generally we know with infections like this, that at least for a reasonable period of time, you’re going to have antibodies that are going to be protective,” Fauci said.

But what happens long-term is still unknown. A study from Chinese researchers on healthcare workers who recovered from SARS – which is also a coronavirus – in 2002 found that the number of SARS antibodies in their bloodstreams rose for the next few years, peaking in 2004, then declined after that until the study ended in 2015.

Although that research also hasn’t been peer-reviewed yet, it raises questions about whether recovered SARS patients had “complete protection” from reinfection years later. Because the new coronavirus shares 79.5% of its genetic code with SARS, it’s possible that antibodies for the new coronavirus might behave similarly.

There is also the possibility that if the virus mutates significantly, immunity against one strain would not protect you from a new one, but Fauci said the coronavirus doesn’t seem to be mutating enough to affect immunity in that way. 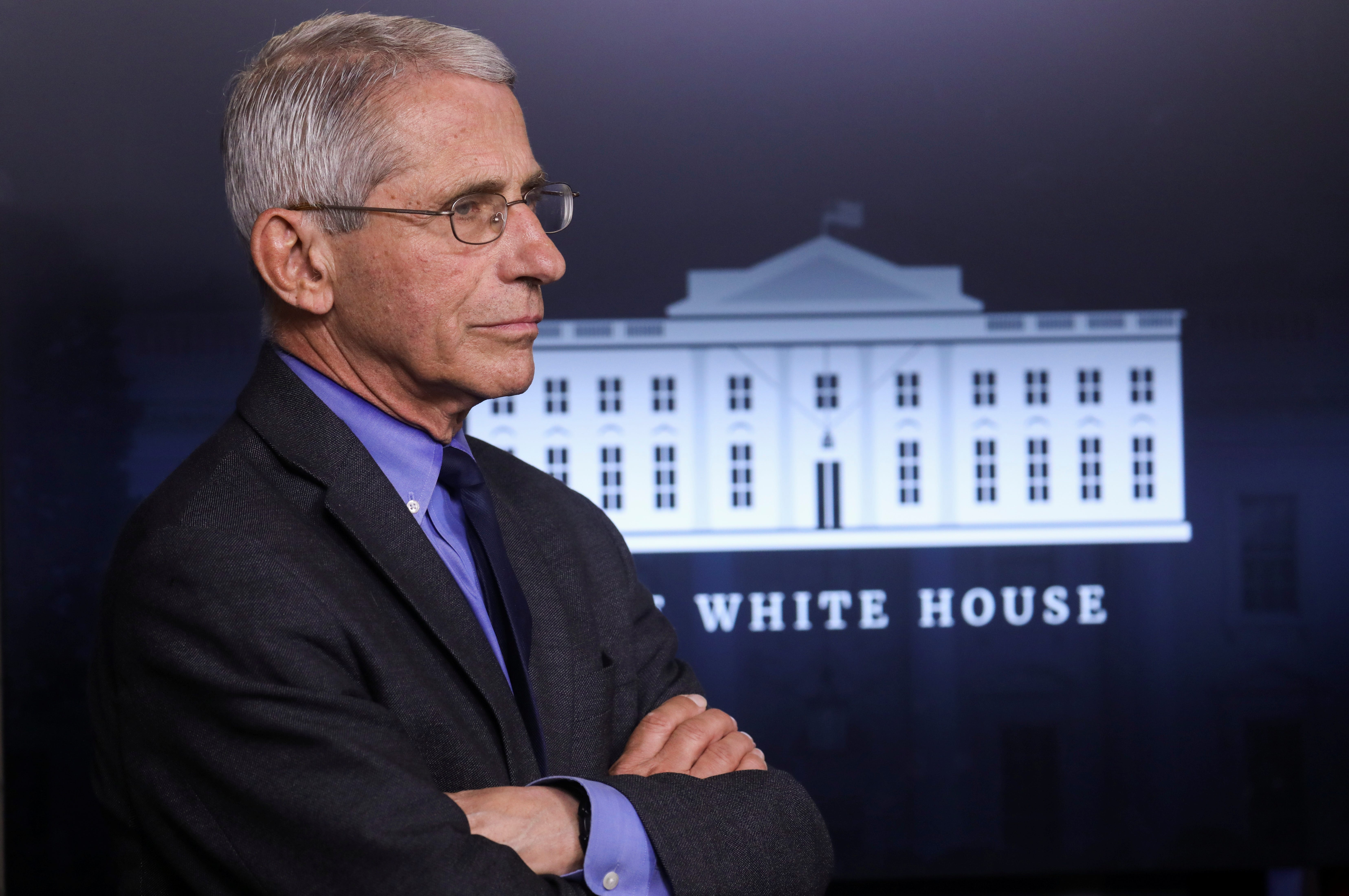 ReutersDr. Anthony Fauci , director of the National Institute of Allergy and Infectious Diseases, at a coronavirus-response briefing at the White House in Washington.

Although the virus does change in subtle ways as it replicates and spreads, the small differences don’t tend to affect how contagious the virus is or which symptoms manifest.

Experts say that reinfection within a short window of time is unlikely.

Although early reports from the Korean Centres for Disease Control and Prevention (KCDC) suggested that more than 350 recovered patients later retested positive for the virus, South Korean health authorities recently confirmed that those were false positives.

In the earlier reports about those recovered patients, the KCDC suggested the virus might have “reactivated,” but Oh Myoung-don, a doctor at Seoul National University Hospital, said last week that the coronavirus likely can’t reactivate, Reuters reported. That’s because it doesn’t take over host cells’ nuclei in the same way that hepatitis B or HIV can.

There is also still uncertainty about a case reported in February in which a Japanese tour guide got the coronavirus, got better, then tested positive for it again three weeks later. Doctors aren’t sure whether she had fully recovered from the first infection. (Plus, diagnostic tests can report false negatives and positives.)

How do I know if I have antibodies?

More than 100 healthcare companies are working to roll out tests that can detect antibodies in your blood.

Because infected people can be asymptomatic, mass antibody testing projects could offer public-health researchers a more complete picture of who’s recovered from the virus. That would enable scientists to better estimate the percentage of the population that might be immune and calculate more accurate death rates.

Twelve antibody tests have received emergency use authorization from the Food and Drug Administration so far. But companies are allowed to begin distributing their tests without that authorization as long as they provide disclaimers.

If you want to take a test if you suspect you’ve had the virus, you can ask your healthcare provider, find a lab in your area offering the test, or even order one online. 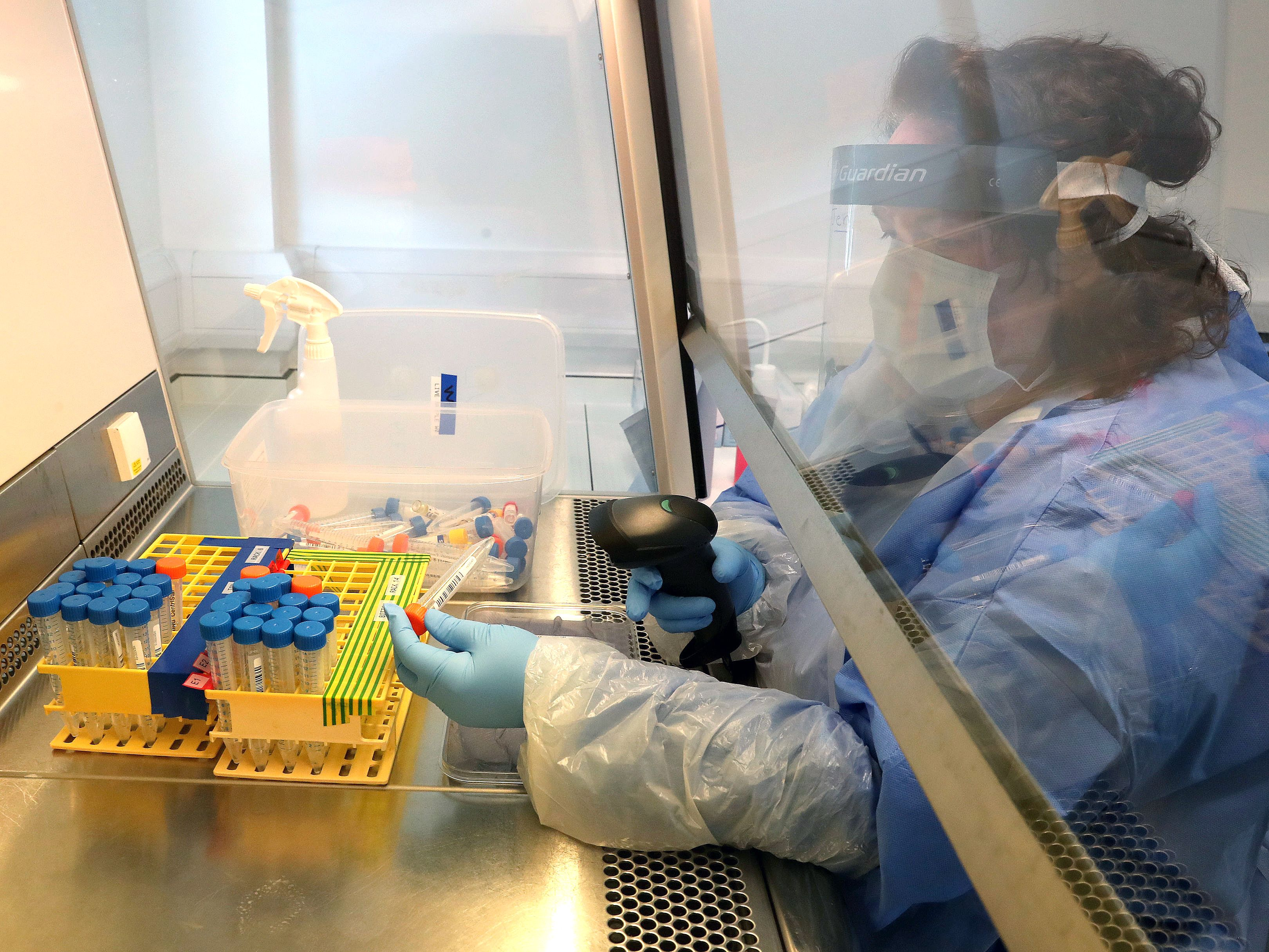 But these tests are still new and in the early stages of development, and studies have shown that they have varying levels of accuracy.

One report backed by the Chan Zuckerberg Biohub compared 12 tests and found that several companies are offering antibody tests for the novel coronavirus with less than 90% accuracy. That measure, known as sensitivity, ranged from 81.8% to 100%.

What does all of this mean for a future vaccine?

Scientists are racing to develop a vaccine for the coronavirus.

An effective vaccine should produce antibodies in enough individuals to build up herd immunity within the population. To put the virus in decline, at least 50% of the population would have to be immune, perhaps far more.

Only an estimated 2% to 3% of Americans have recovered from COVID-19 so far.