Unauthorised immigrants who work on America's farms have been deemed 'essential,' but they say they feel expendable 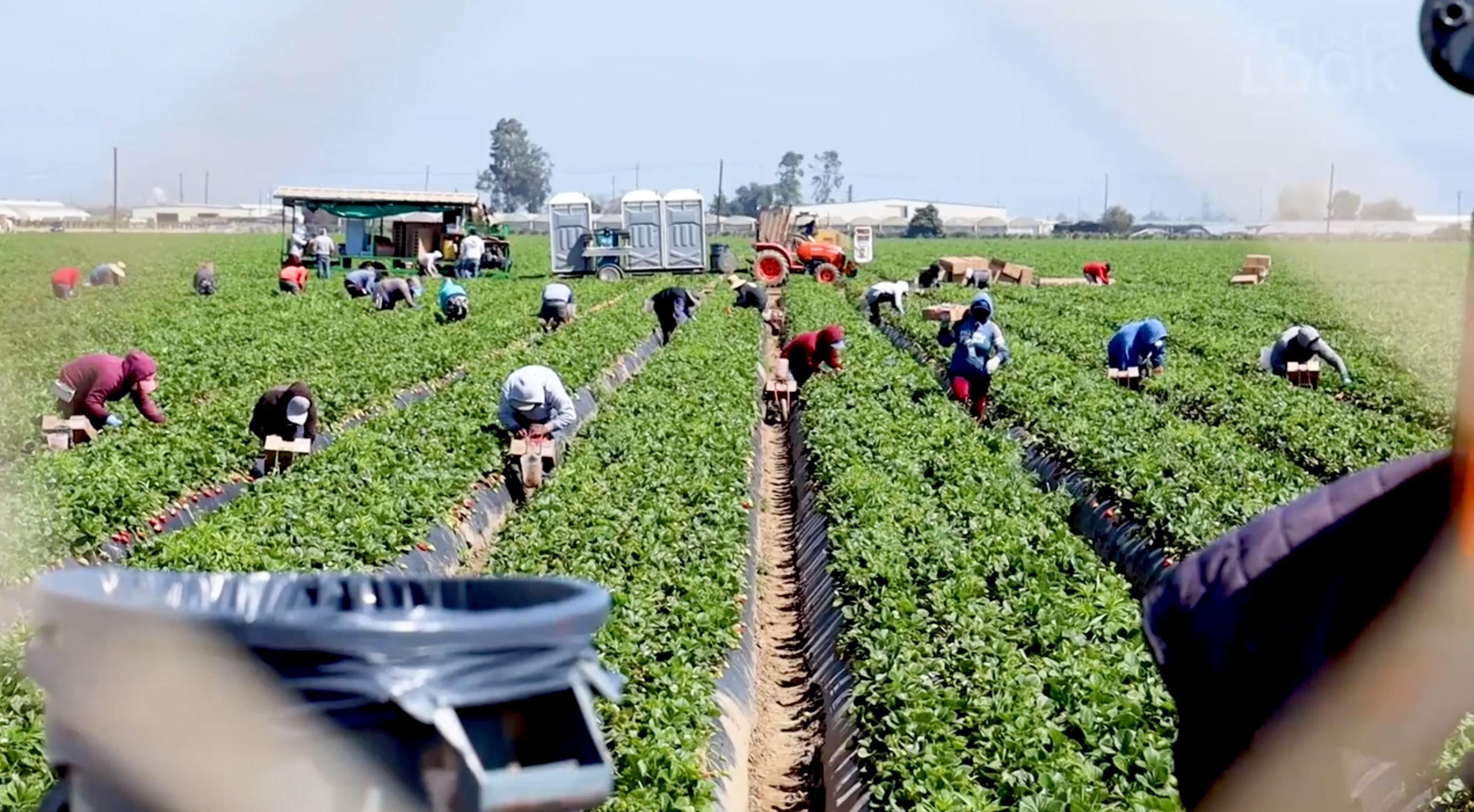 Business Insider TodayUnauthorised immigrant farmworkers say even though they have been deemed ‘essential workers,’ they feel vulnerable.

The roughly 2.4 million farm workers who plant and harvest America’s produce have been deemed “essential workers” during the coronavirus crisis, which has plunged the economy into uncertainty and raised fears about food shortages.

But the “essential worker” label poses a dilemma for roughly half of those farm workers, whose work is both desperately needed and illegal.

Carmelita is one of more than 1 million unauthorised immigrants who plow, pick, and harvest the country’s fields, often for long hours and low wages, and in gruelling conditions. She spends 12 hours each day picking strawberries in Southern California, and told Business Insider Today she’s been working illegally in the country for 13 years.

“I don’t feel ‘essential,’ as they say, because we don’t have the same privileges,” Carmelita said in Spanish.

She was referring to government programs and services available to Americans that she cannot access due to her immigration status.

Carmelita did not receive a $US1,200 stimulus payments like her American counterparts, and she’s also ineligible for health insurance programs like Medicaid, which would cover the costs of her treatment if she grew sick with COVID-19.

California Gov. Gavin Newsom has allocated $US75 million to provide $US500 cash to the state’s unauthorised immigrants, but it will only cover 150,000 people.

The fear of catching the coronavirus has made her job more difficult – especially since the social distancing measures many American workplaces have adopted don’t translate well to farm work. 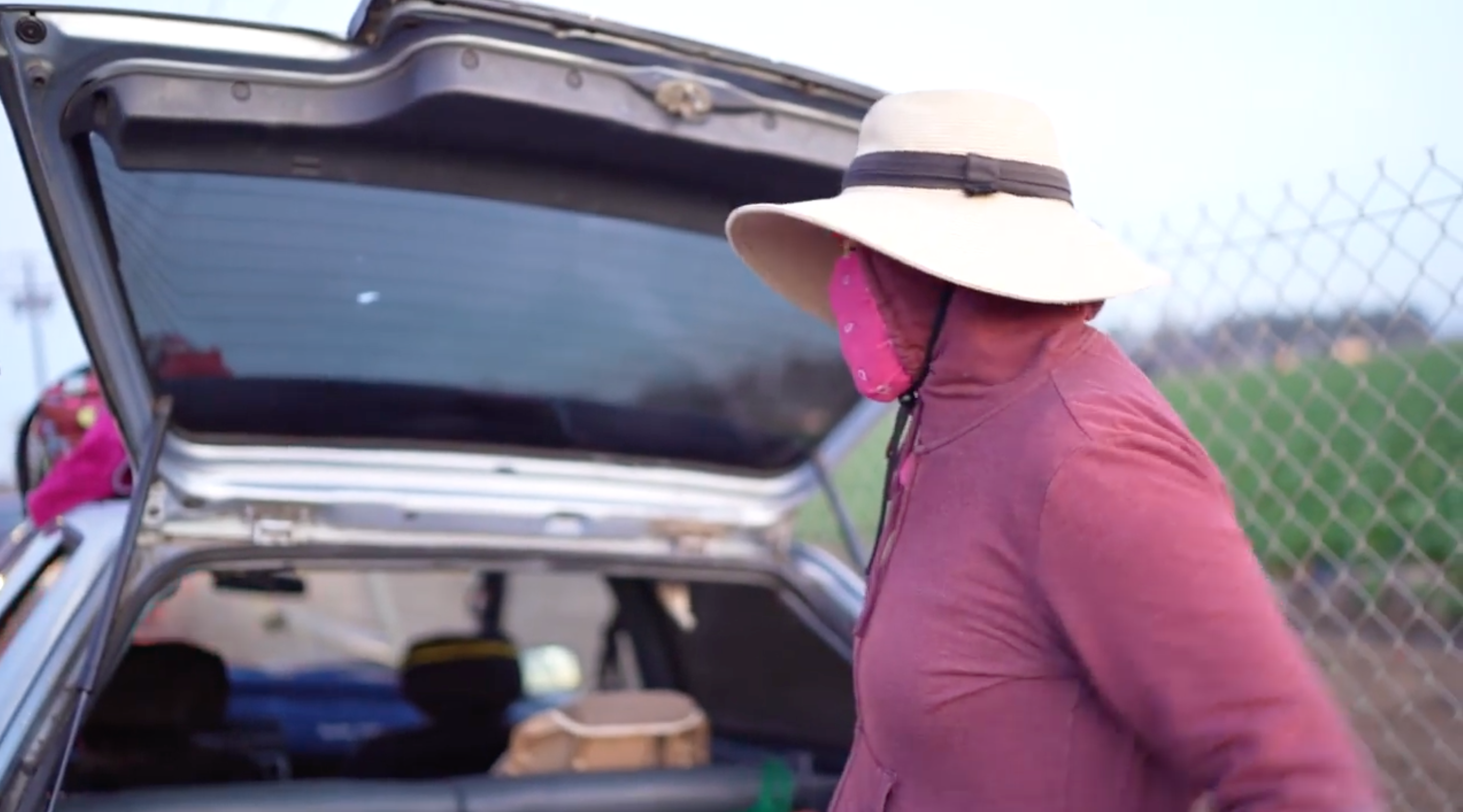 Carmelita said she’s struggled to convey the severity of the coronavirus pandemic to some of her coworkers, who have not been educated about the threat, and who have even fallen prey to misinformation.

Irene de Barraicua of Lideres Campesinas, a group that works with women farmworkers in California, told Business Insider Today that one of her top concerns is the workers’ lack of awareness about the disease, which could be solved by bringing more health care workers out to visit the farms and educate the workers.

“That’s definitely a concern that some people are going to work and they might have already more information than others in terms of what COVID-19 is,” she said. “And so they worry when they’re working next to someone else that hasn’t read anything or isn’t as informed.”

Farmworker advocates have expressed concern that that lack of education could leave workers like Carmelita susceptible to a major outbreak. That would not only wreak havoc on America’s immigrant community, but it could disrupt food supply chains and cause shortages in grocery stores.

“We’re treated as essential workers right now because if we don’t do this kind of work, the United States is not going to have food in supermarkets, food to feed the nation,” Mily Treviño-Sauceda, cofounder of the farmworkers advocacy group Alianza Nacional de Campesinas, told Business Insider Today.

Still, despite everything, Carmelita said she’s proud of her work.

“We are the ones who are harvesting the products, fruits, and vegetables so they get to the table of the people who have to stay home,” she said. 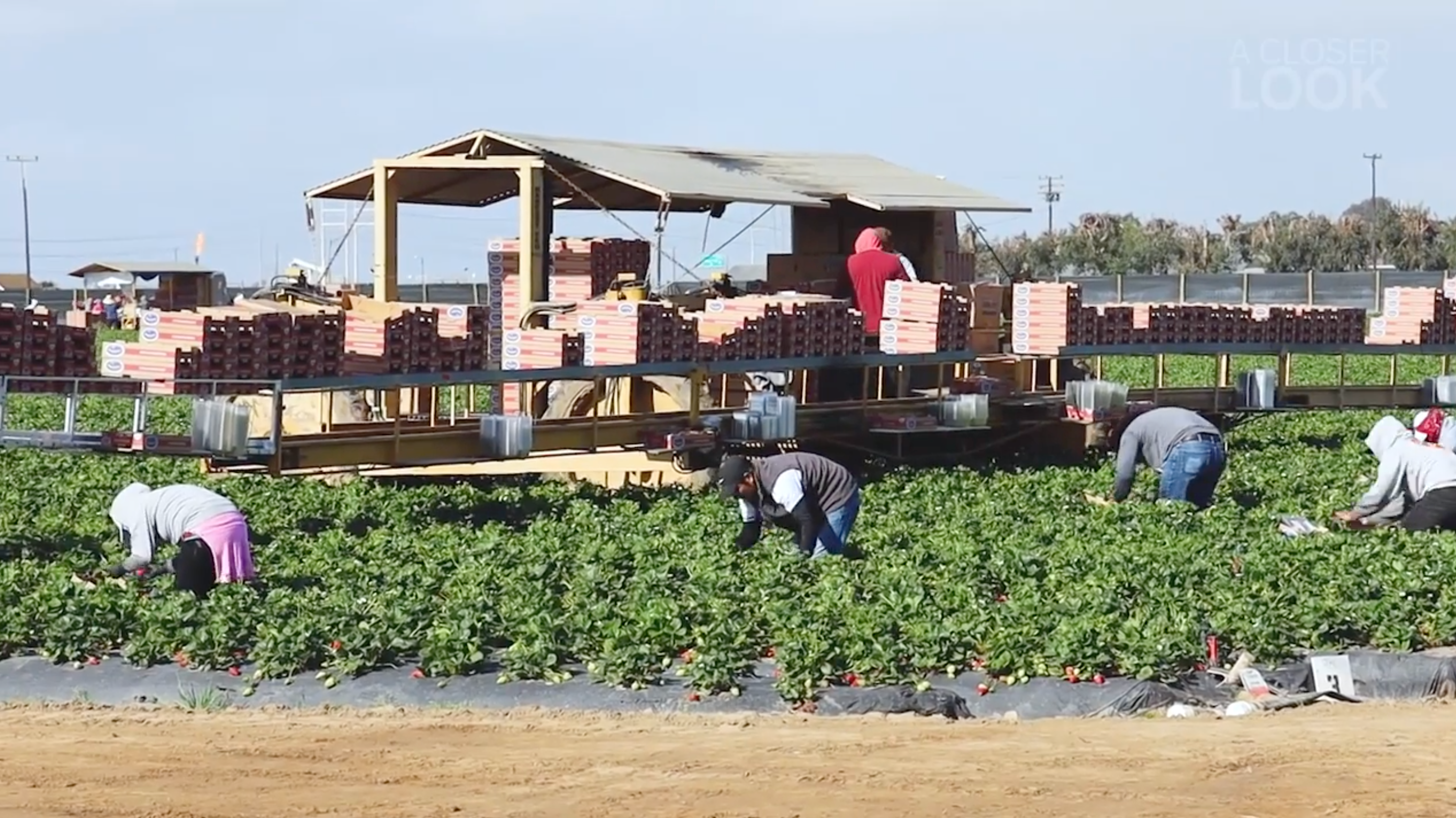 Business Insider TodayFarmworker advocates say a lack of education for the immigrants could contribute to a coronavirus outbreak.

But she longs to one day not have to worry about losing everything she’s worked for simply due to her immigration status.

She says she hopes that one day President Donald Trump will give workers like her a “blue card,” which Democrats have proposed for agricultural workers. The blue cards would provide the immigrants with a pathway to permanent, legal status in the US.

Carmelita’s sons are American citizens, but she said she hopes to one day call herself the same.

“Right now what motivates me to work so hard is to help my children get ahead so that they can have a better life than I have,” she said. “I know I can’t give them everything, but at least they can get a better education than I did, so they will be less likely to end up as farmworkers.”