The New York Knicks may have finally found an answer at point guard.

Through 18 of the Knicks’ 22 games, Immanuel Quickley, the 25th overall pick in the draft, has emerged as the team’s best back-court option.

Quickley has acclimated to the NBA with stunning ease, despite an unusual offseason that included no summer league and a shortened preseason. He has run the Knicks offence for long stretches of time, including fourth quarters of close games. 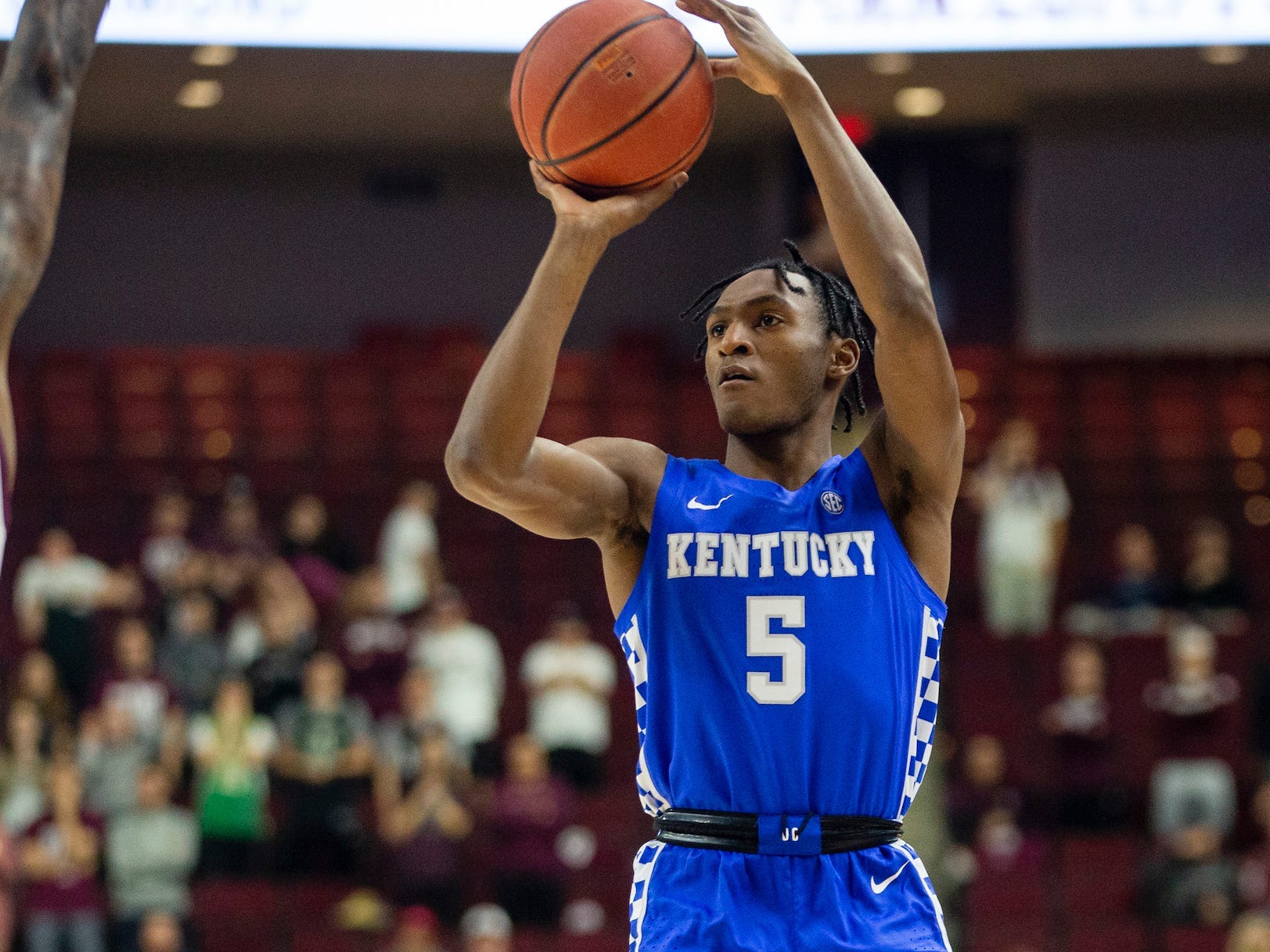 Few suspected such a transition when the Knicks took Quickley. Several draft experts believed the Knicks had reached for him in the draft.

On draft night, The Athletic’s John Hollinger called the pick “an absolute shocker,” writing with Sam Vecenie that Quickley was not considered a top-40 prospect.

SB Nation’s Ricky O’Donnell gave the pick a “C,” writing that the Knicks should have gone with other players.

Part of why experts were lower on Quickley was that he went from a high school point guard to a shooting guard at Kentucky. While he shot the ball extraordinarily well in college (42.8% FG, 92.3% FT his sophomore year), experts questioned if his size and versatility would translate to the NBA as a shooting guard. This, despite Quickley winning SEC Player of the Year in 2019.

Quickley is one of the latest guards from Kentucky to flash skills in the NBA that he didn’t show in college, joining Devin Booker, Jamal Murray, and Tyler Herro.

As Hollinger recently wrote while highlighting Quickley’s play, “In 20-20 hindsight, that Quickley won SEC Player of the Year despite playing wildly out of position probably deserved more attention.”

That is likely where Kenny Payne came in. Payne was an assistant coach with the Kentucky Wildcats and was added to Knicks head coach Tom Thibodeau’s staff this offseason. Payne almost surely had a say in the Knicks selecting Quickley.

While Quickley’s stats for the 2020-21 season are solid, he is in the midst of a hot streak that has impressed the NBA world.

While few viewed Quickley as a primary ball-handler in the NBA, he has been surprisingly adept at breaking down defences off the dribble and creating havoc.

In a 31-point outing against the Blazers, he showed veteran-like craft in getting Blazers guard Anfernee Simons on his hip, changing speed, then going to the glass with his left hand (Quickley is a righty):

He made a similar move against the Clippers days later, putting Marcus Morris on his hip before shooting a floater.

Quickley’s floater is arguably the defining aspect of his game. According to NBA.com/Stats, 62 of Quickley’s 181 shot attempts on the season have been labelled “driving floating jump shot” or “floating jump shot.” He’s made 29 of them (46.7%).

The shot is both a reason for optimism and a cause for concern about his efficiency. Not all guards come into the NBA with a deft floater. It’s a key shot in today’s game, as centres often play a “drop” defence, daring guards to shoot from the midrange instead of getting to the basket.

However, according to the NBA’s stats site, Quickley has shot 32-of-69 from 5-14 feet, an in-between area that’s not quite the midrange, not quite at the rim. Shooting 46.3% from that area is on the high end and likely to fall as the season goes on.

While Quickley isn’t an explosive leaper who will finish over defenders, as he gets more NBA experience, he is likely to learn change-of-pace moves to get to the basket instead of shooting deep, low-percentage floaters like this:

He can drive to the basket with his head up and finding big men rolling to the basket, cutters, or kicking it out to shooters. His passing instincts will likely get better and allow him to create more plays like this:

Additionally, Quickley already has a knack for drawing fouls. His 52 free throw attempts are fourth-most among rookies. A professed fan of LA Clippers veteran Lou Williams, Quickley is already a master at subtly grabbing opponents’ hands and arms to initiate contact or leaning into defenders just enough to convince referees to blow the whistle.

It’s a habit that will surely irk opponents, coaches, and opposing fans, but it’s a valuable skill. 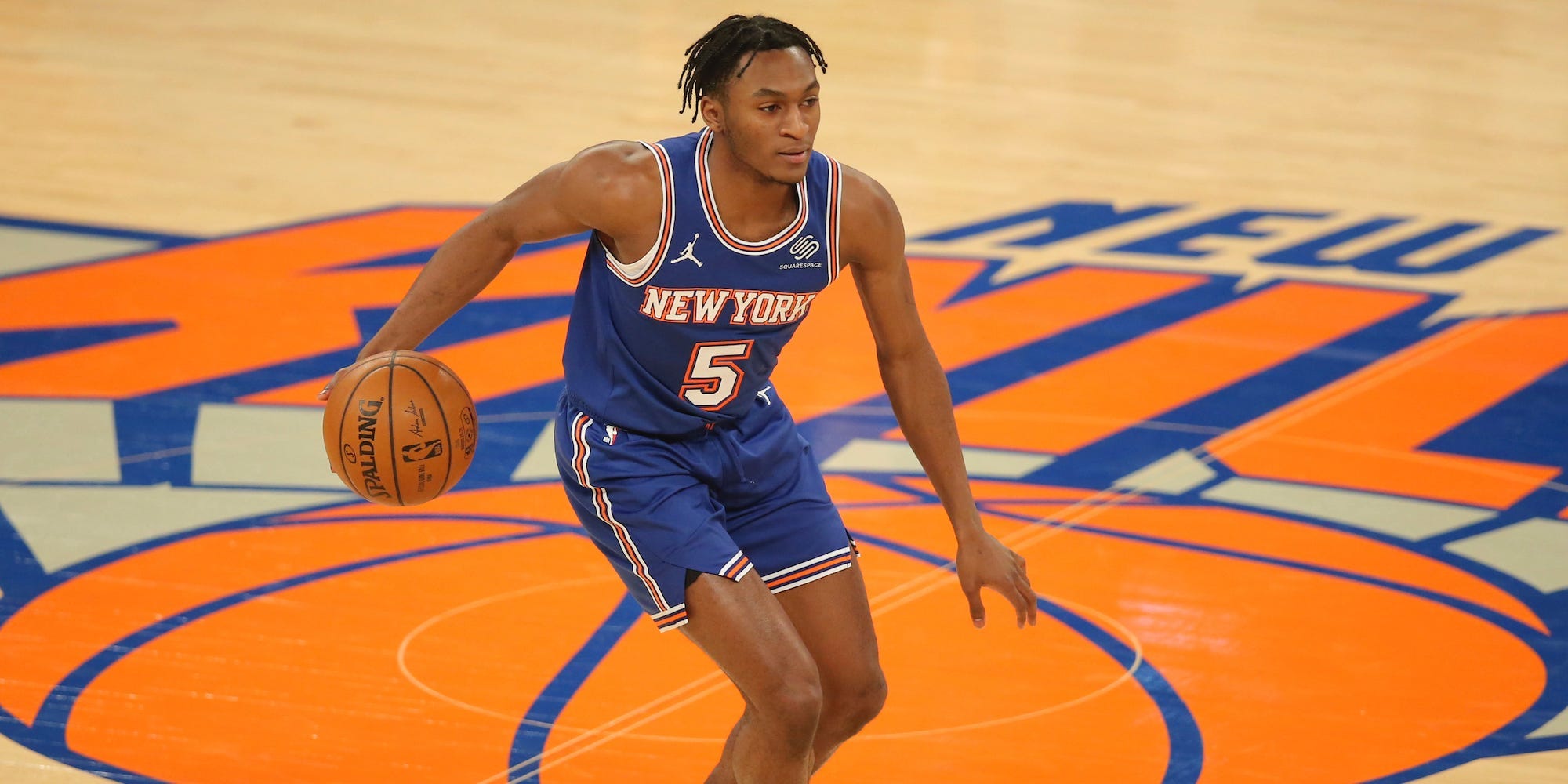 It may be Quickley’s time already

Fans on social media have long been calling for Quickley to replace the struggling Elfrid Payton in the starting lineup. Payton is averaging just 8 points on 37% shooting over his last 11 games, and the Knicks have been outscored by 40 with Payton on the floor this season, posting a -2.7 net rating.

Thibodeau has historically been slow to replace veterans with rookies in his rotations, but Quickley’s effectiveness â€” evidenced by him closing games for the Knicks â€” is getting hard to ignore.

Whether Quickley starts or not, the Knicks appear to have stumbled on a legitimate building block. It has been years since the Knicks drafted a guard with the scoring and playmaking chops of Quickley. That he already is a proficient three-level scorer, capable of hitting the open man, darting into the lane, and defending capably, raises his ceiling to become at least a quality starting guard.