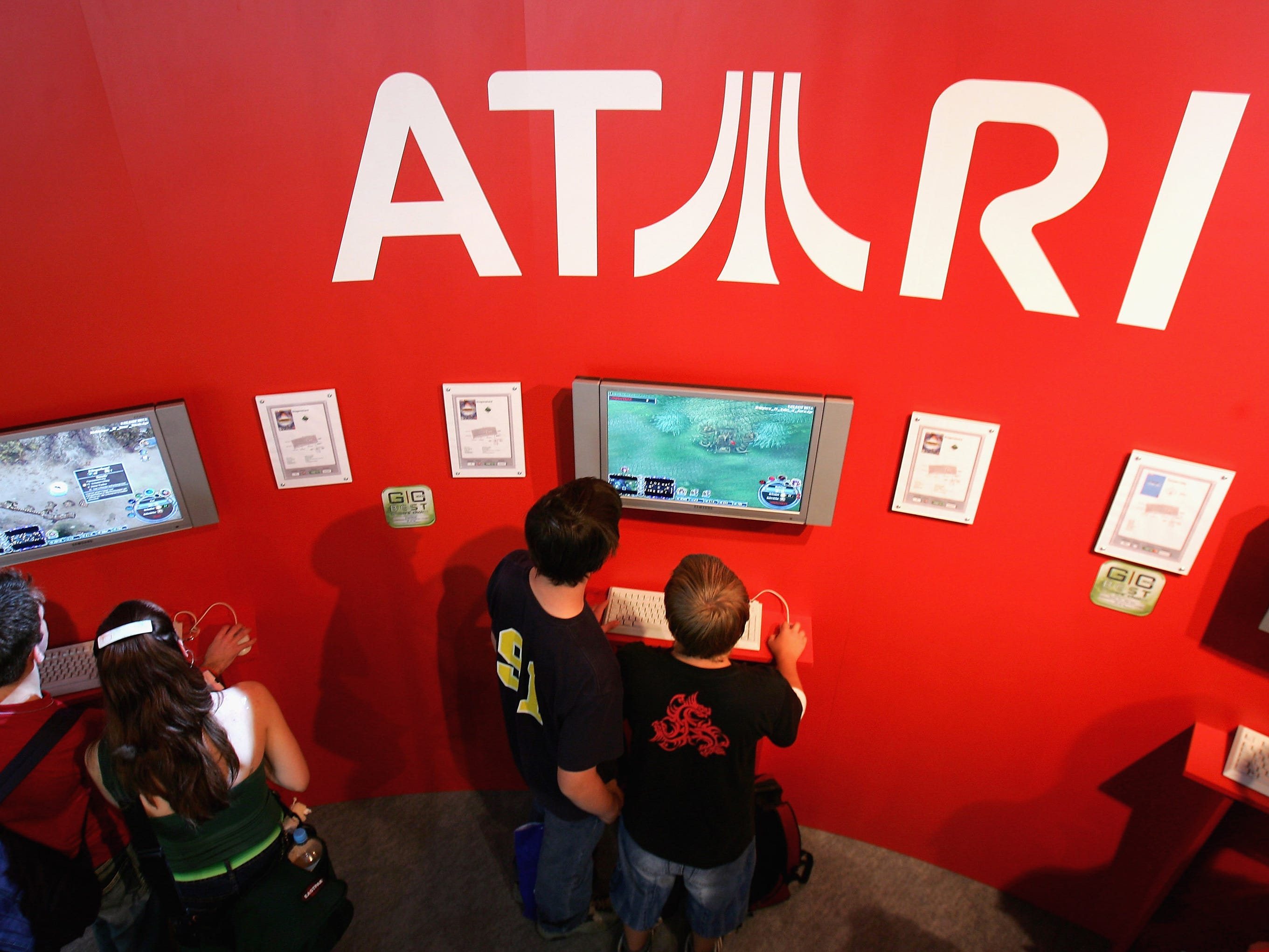 Atari, the brand forever linked with iconic games like Pong and Centipede, will soon be a theme for a gaming-inspired hotel in Arizona and Las Vegas.

In January, strategy organisation GSD Group announced that it had won the rights to build video game-themed Atari Hotels in the US. Recently GSD gave an update, saying that the first hotels will be in Phoenix, Arizona, and Las Vegas, although there were no timeline specifics. It also has plans to build future Atari Hotels in Austin, Chicago, Denver, San Francisco, San Jose, and Seattle.

Initially, construction on the Phoenix hotel was slated to begin in mid-2020. The coronavirus pandemic has altered timelines on all kinds of projects across industries, but GSD is still planning to build the hotels.


Read more: The non-engineer’s guide to landing a 6-figure job in online gaming or esports, according to senior executives and CEOs in the space

The global video games market is projected to grow to $US293 billion by 2027, after record growth in 2020. Esports have also seen a jump in interest as other entertainment options aren’t available, or are slow to come back. Other ventures are trying to jump in on this trend, including an apartment with an esports lounge in Las Vegas.

Take a look at the renders for future Atari Hotels from design firm Gensler.

The hotels will be styled with retro-futurism, pop culture, and nostalgia themes. 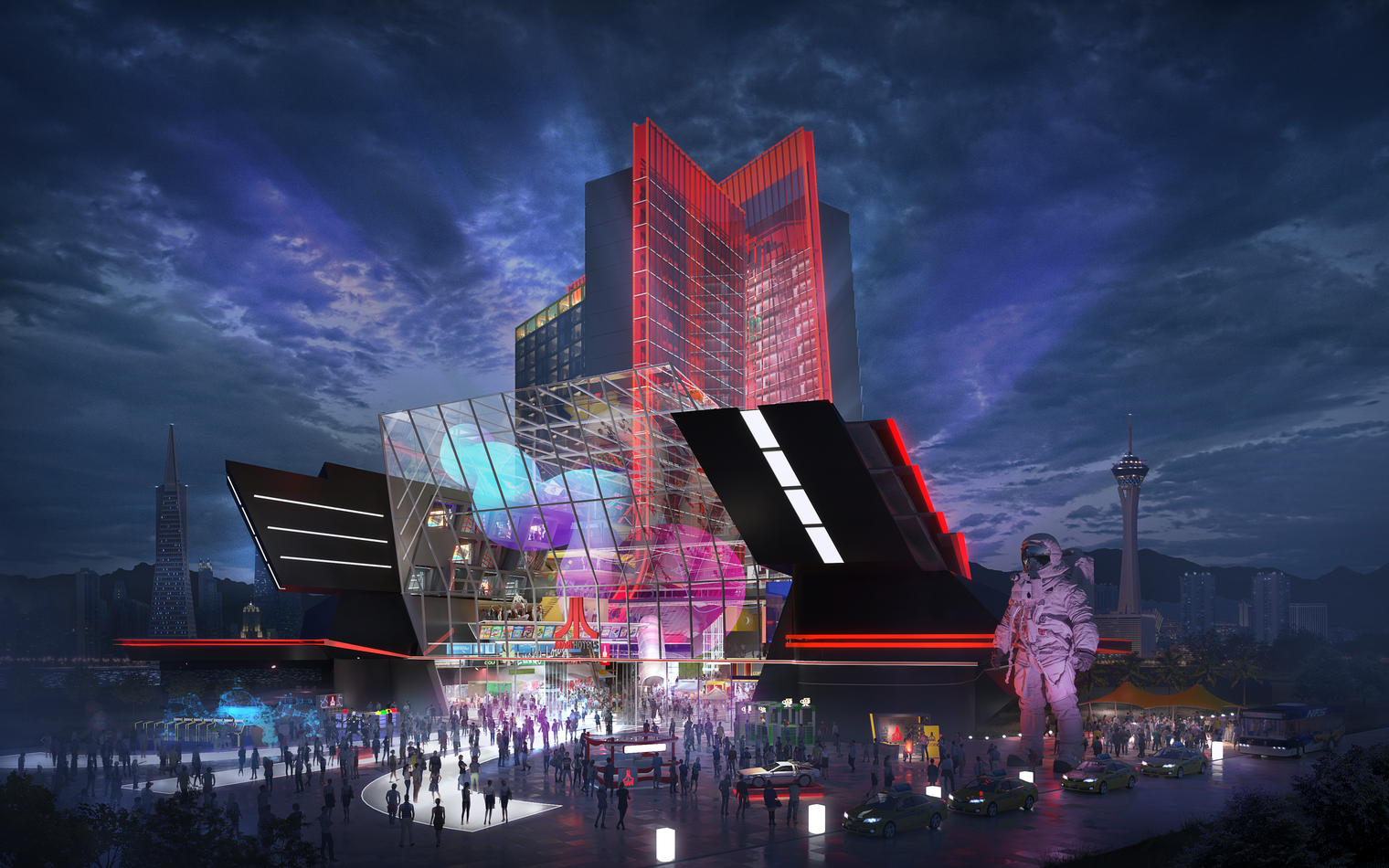 Each hotel will have a nightclub and speakeasy bar for adult guests. 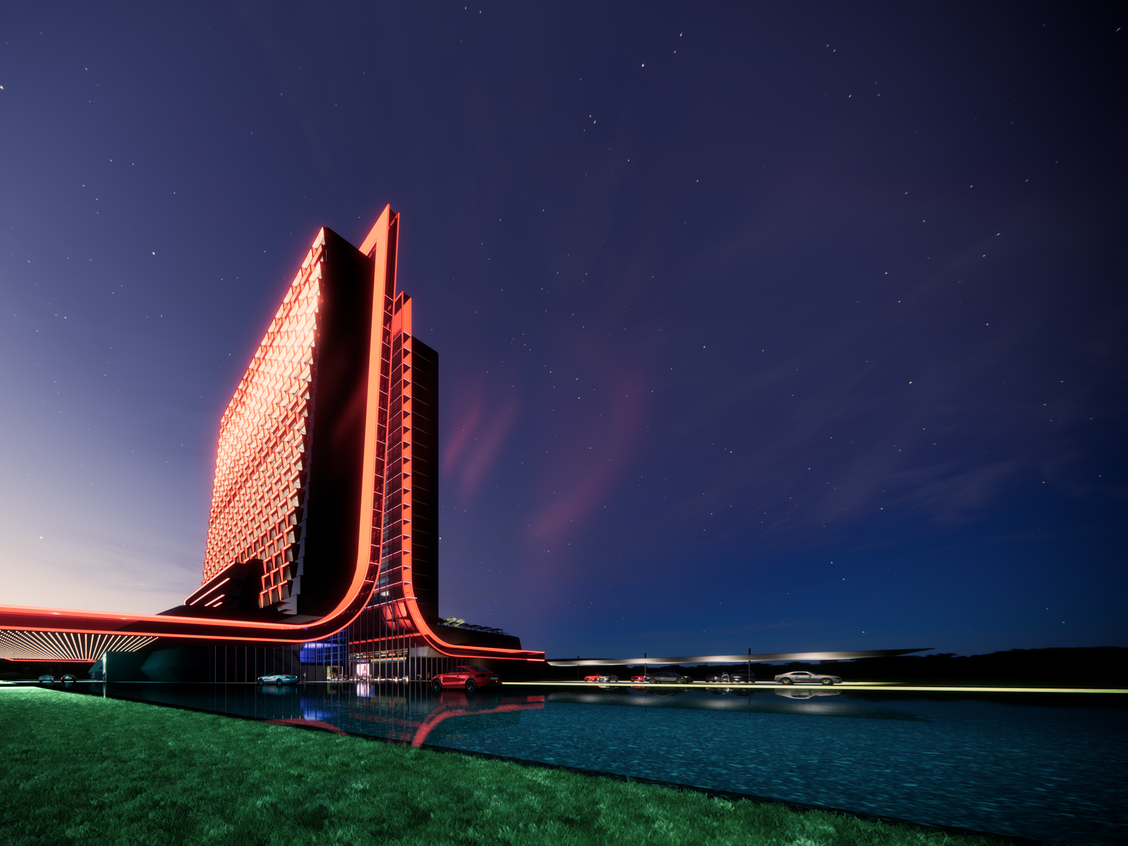 All guests will be able to visit themed restaurants and retro gaming arcades with classic Atari games. More recent gaming innovations, like AR and VR, will also be available.

Some locations will also have venues and studios for esports tournaments and influencers to produce content.

Designers called the Las Vegas location an especially exciting opportunity in a “market primed for evolution.” 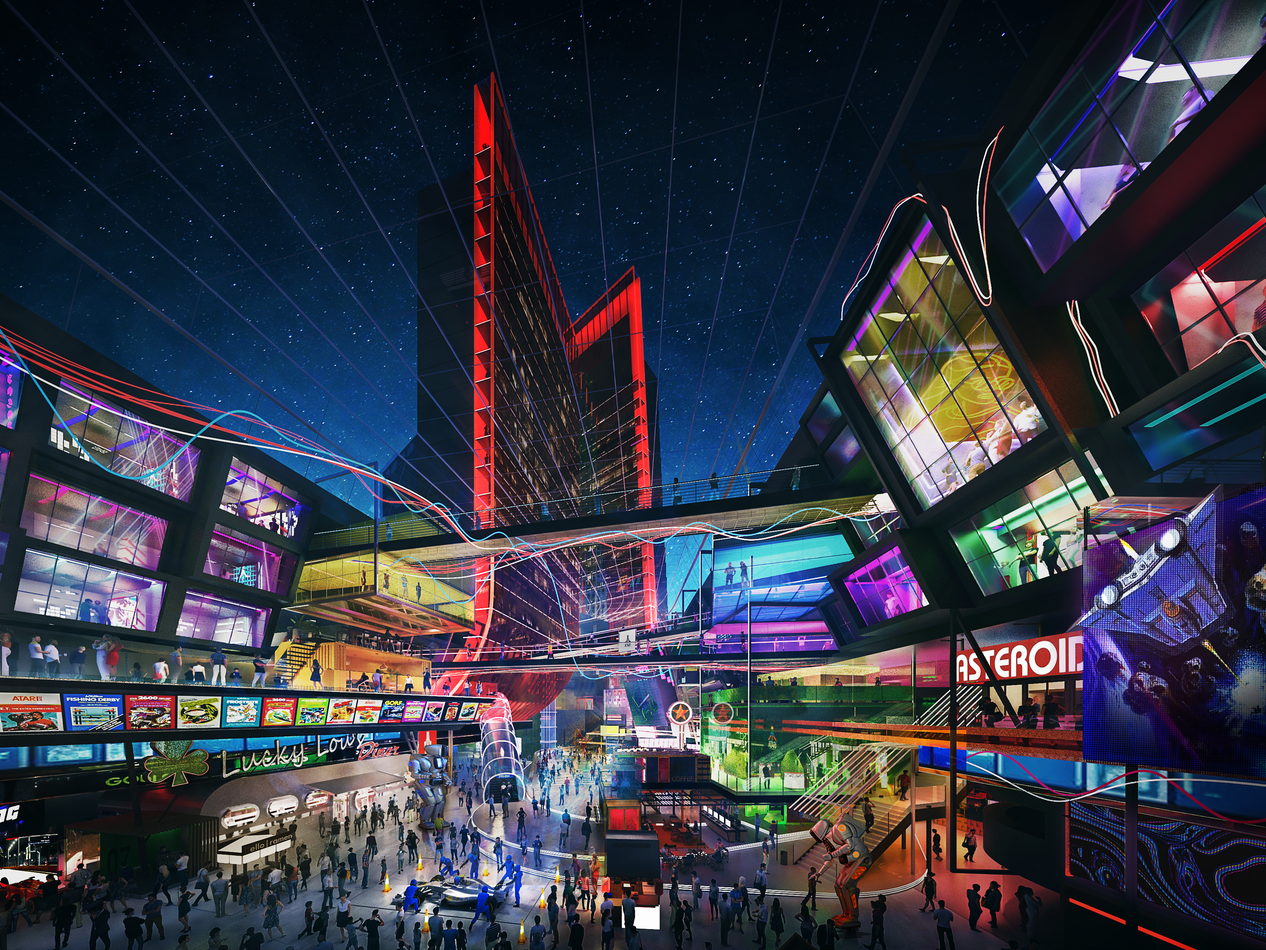