I'm a recovering alcoholic, and my husband loves beer. Here's how we make it work. 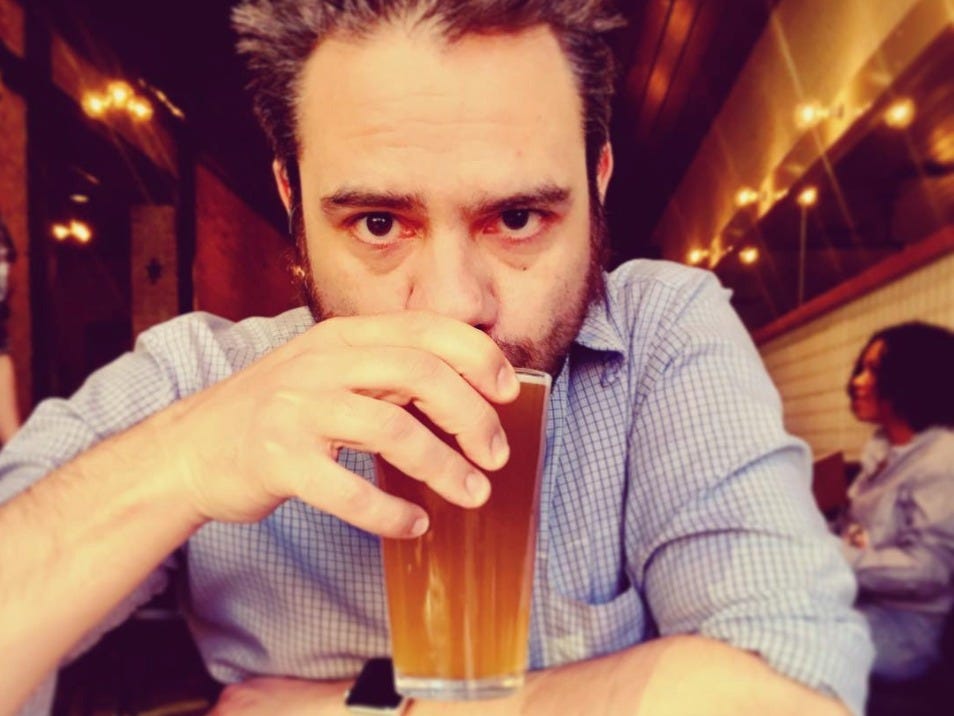 Courtesy of Melissa PetroWriter Melissa Petro abstains from drinking completely, while her husband (shown above) has about two beers a day.

Thanks to COVID-19, drinking is on the rise. According to Nielsen, alcohol sales surged in late March, rising 55% compared to the same time period last year. While the spike is partly explained by Americans’ shifting shopping habits in response to lockdown, it’s probably also due to the obvious fact that when people are bored, depressed, and anxious – just as many of us have felt in the midst of a deadly pandemic – we drink.

Sometimes I worry, knowing that my husband is contributing to these statistics. Happiest with a 24-ounce can of Coors Banquet, unbothered if it’s warm or flat, there is nothing my husband Arran, looks forward to more than the time of day when he can crack open that can. Wheres I’m the exact opposite: I was never a big beer drinker even before I got sober, and it’s been over a decade since I last drank.

What’s wrong with drinking? For some people, a lot 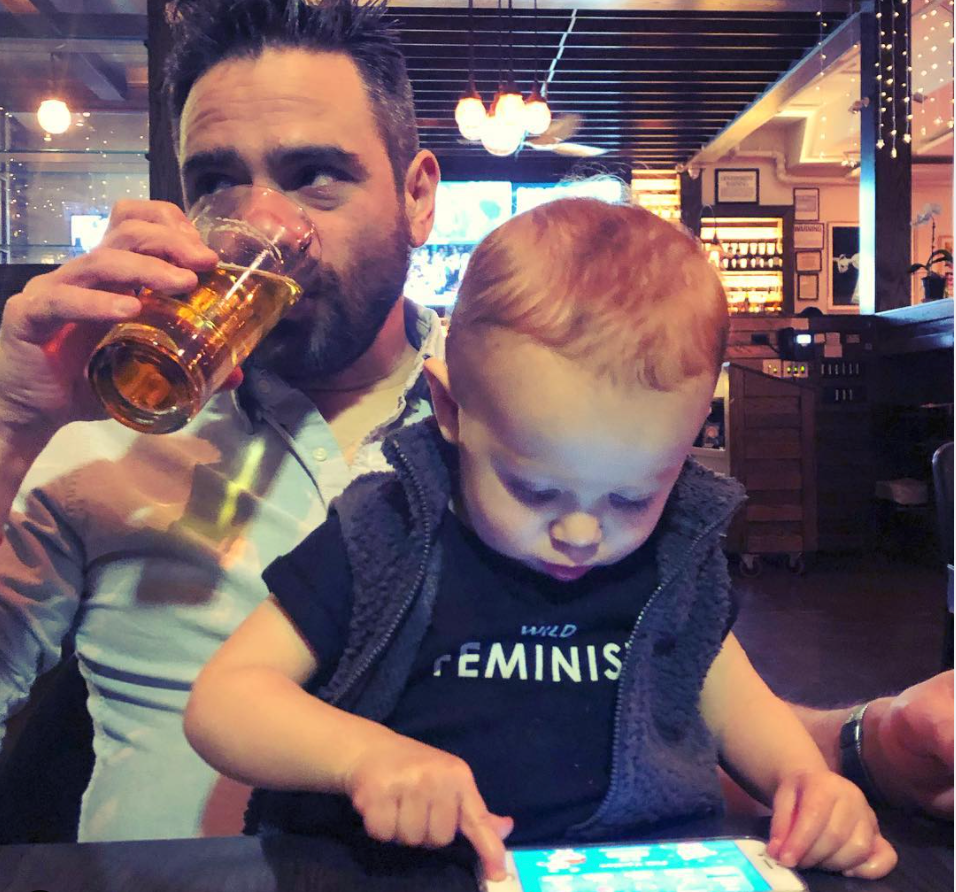 Courtesy of Melissa PetroA family outing at the Hudson Room in New York.

When Arran and I first met, I’ll admit, I was wary of his drinking. I’d dated far too many problem drinkers in the past. Starting in high school, I fell for one keg-head after another – the type of guy that excelled at beer pong at the expense of all else. My attitude as a teen was one of “If you can’t beat ’em, join them.” Even though I never really liked the taste, when friends split a six pack, I’d partake. Drinking and soft drugs helped ease the pressure of adolescence. A drink or two and I could let go of my perfectionism. The edges of the day would soften. I’d feel confident and relaxed.

And yet, regardless of my intentions, a drink or two always became six or seven. In a matter of hours, I’d go from sexy and cool to sloppy and mean.

Alcohol addiction can destroy your life – but recovery can save it 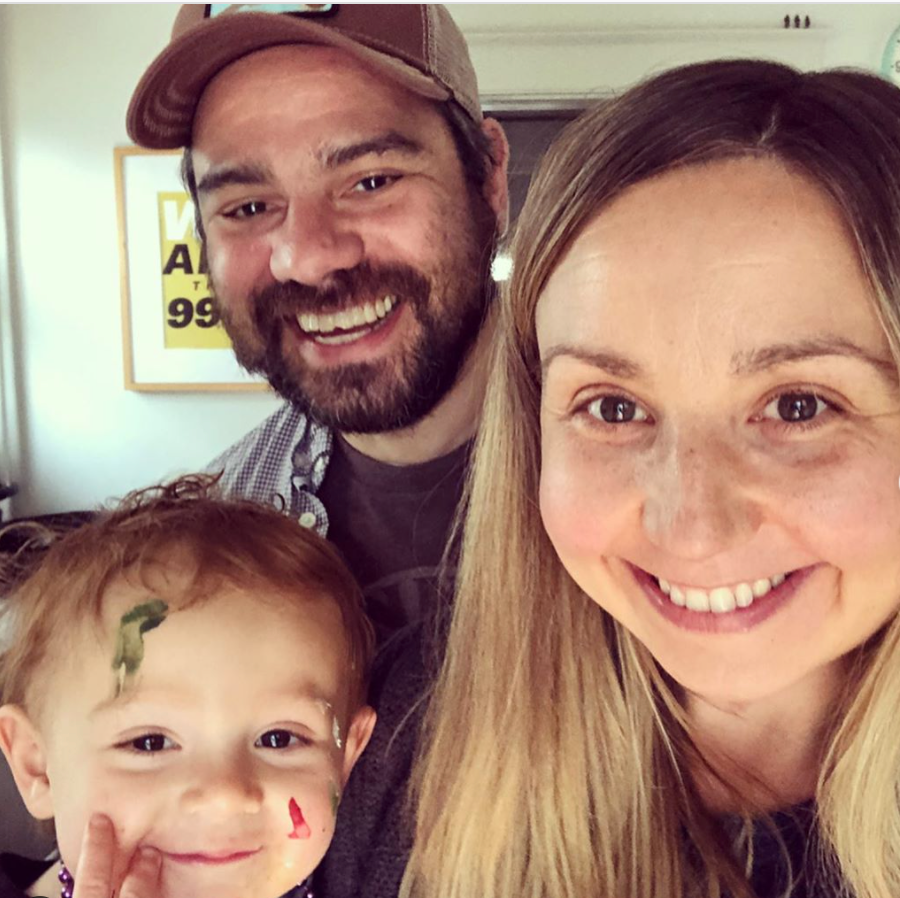 Courtesy of Melissa PetroThe author with her husband and son.

What began as a way of bonding with my peers became, by grad school, a serious problem. Under the influence, I made grave errors of judgement. I alienated people I respected. When friends and employers suggested I quit drinking, I minimized alcohol’s impact until the problem became undeniable.

At 27 years old, I joined a 12-step program to address my alcoholism and change my way of life. A program of recovery offered me tools to live differently. Meetings introduced me to a community of nondrinkers. I learned how to share my feelings honestly, and socialise sans booze. Of course, 12-step programs don’t work for everyone, and they don’t cure your problems overnight.

On my sixth day of sobriety, I met Mark. My new boyfriend was charismatic, self-educated, and attractive. He was also an alcoholic and heroin addict. As our relationship progressed and I continued to recover, it became clear that Mark’s addiction was still out of control. One day he’d be full of promises and wholly committed to sobriety. The next, he’d have disappeared only to resurface days later with a black eye or broken nose, missing his phone, still reeking of booze.

But I loved him, so I stuck it out for six tumultuous years, all the while trying to manage my partner’s relationship with alcohol.

You can’t make someone quit drinking

Given my dating history, it’s understandable that I harbored fears and misconceptions about drinkers. Interestingly, before we met, Arran held his own prejudices towards sober folks.

Arran assumed that anyone who didn’t drink would be humorless and boring. Initially, he found it curious I spent sunny afternoons in church basements with strangers. He worried he’d come home one day and find me smelling of Jack Daniels and slurring my words.

And he was nervous to drink in my presence, even after I gave him the OK. While it’s true that some people in recovery have a hard time being around alcohol, by then my life had transformed too dramatically to feel any temptation watching Arran nurse a warm beer.

Not all heavy drinkers are alcoholics 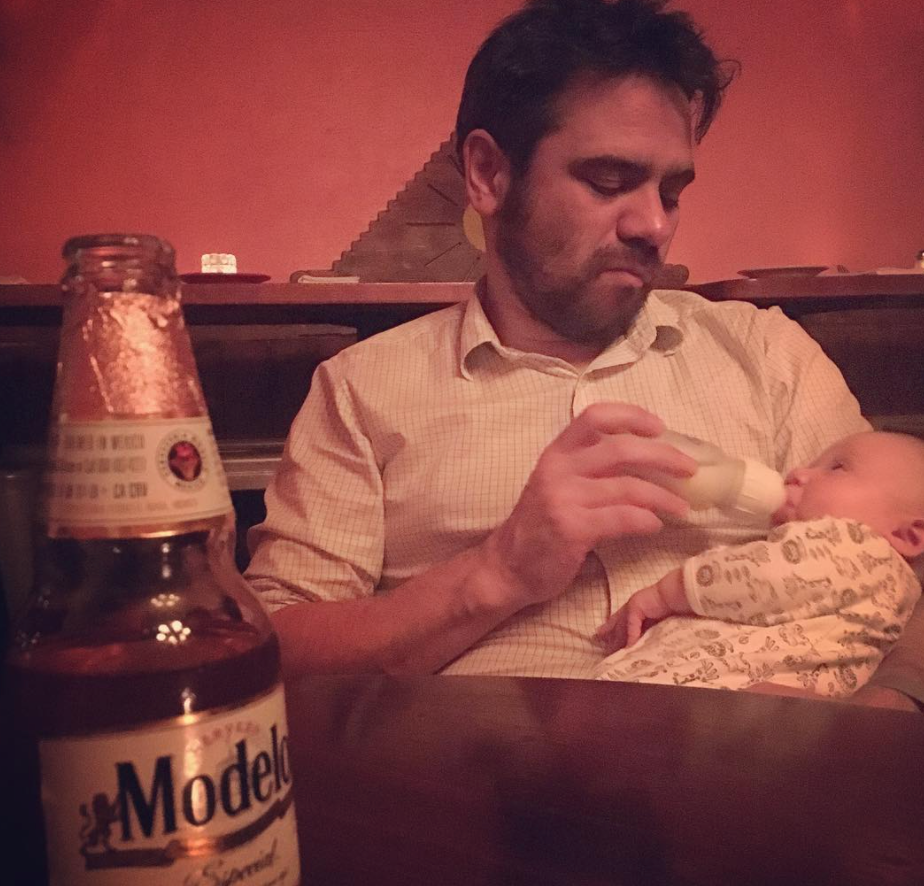 Averaging around two drinks a day, my husband is considered a moderate drinker. Anything excessive of that, and he becomes a heavy drinker – but even then, according to the CDC, most people who drink excessively are not alcoholics or alcohol dependent.

Initially, I worried. But Arran wasn’t an alcoholic: His personality doesn’t change when he drinks, like mine would. There are no negative consequences as a result of his drinking. He doesn’t lose friends, jobs, or phones. In fact, in the five years we’ve been together, I’ve never seen my husband drunk.

Still, as the CDC warns, drinking at levels above the moderate drinking guidelines significantly increases the risk of short-term harms, such as injuries, as well as the risk of long-term chronic health problems, such as some types of cancer.

Although they’re not the same concerns I dealt with when dating an alcoholic, I want my husband to be healthy – especially during a public health crisis – and so I worry. At the same time, he’s an adult and I know it’s his responsibility – not mine – to moderate his drinking.

If your drinking is a problem, help is available – even in a pandemic

The pandemic is testing relationships. When we’re stressed, we sometimes take it out on each other. We might take it out on ourselves. For people on the edge or struggling with addiction, there’s help – even in the midst of a global pandemic.

I’m no longer in a formal program of recovery – it’s been many years since I last went to a meeting – and I sometimes wonder if I’m really an alcoholic. Maybe, I think, I could safely drink. Of course, this is exactly the kind of thing that alcoholics wonder and so I continue to abstain. Lockdown isn’t easy and like everyone else, my husband and I are finding healthy and not-so-healthy ways of coping. I’m running more, and drinking a lot of coffee.

My husband’s running, too. And he’s got his beer.