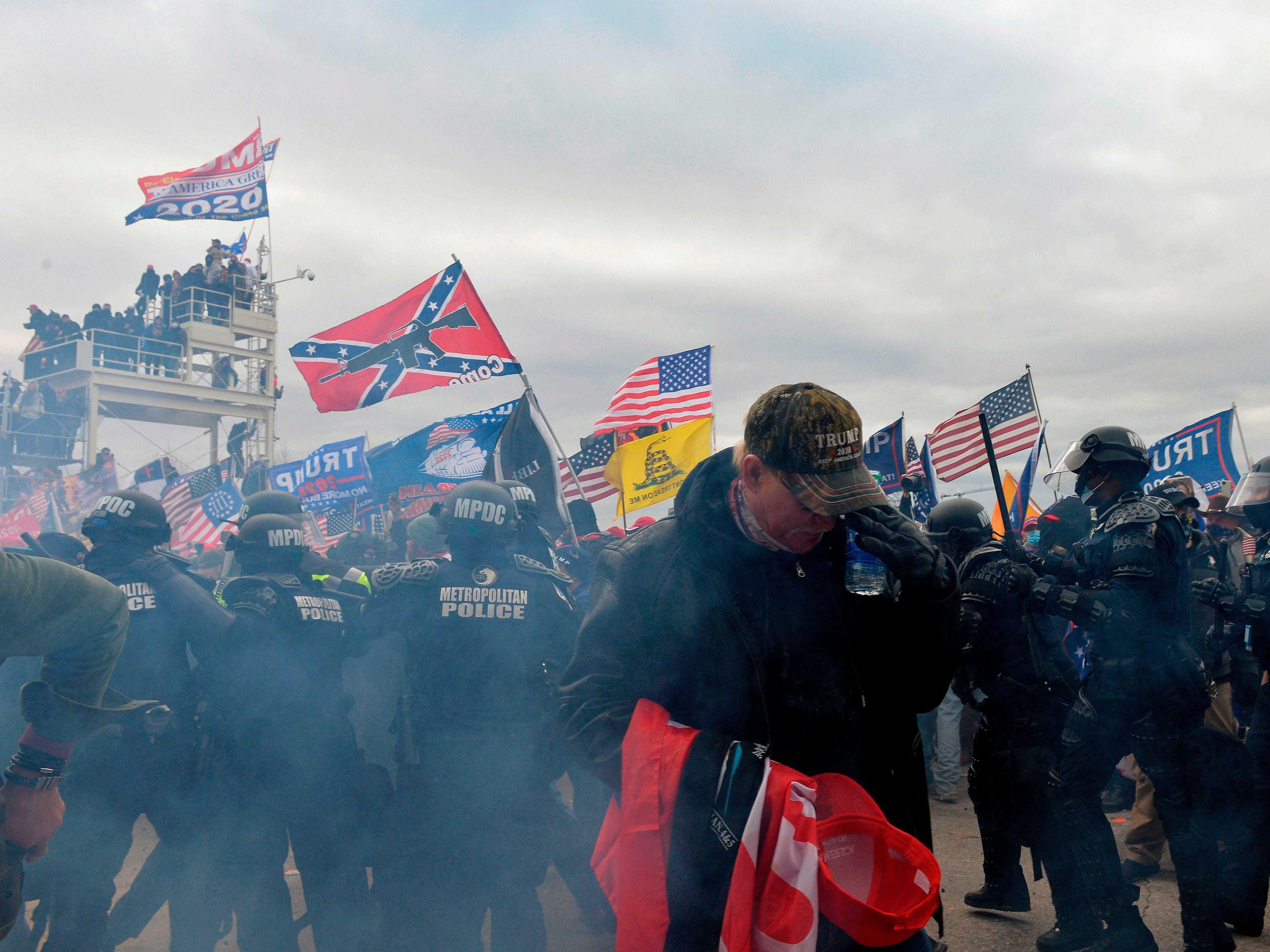 JOSEPH PREZIOSO/AFP via Getty ImagesTrump supporters clash with police and security forces as people try to storm the US Capitol Building in Washington, DC, on January 6, 2021.

The mayor of Thomasboro, Illinois apologised for accusing the media of lying about the violence during the Capitol riot attacks.

Republican Mayor Tyler Evans described being at the Capitol building as euphoric and “the most exhilarating thing” in a Facebook video that has now been deleted from Facebook.

Evans admitted to being on the Capitol steps in the video but said he did not breach security or see any violence.

“When I got back to my hotel, I flipped on the news…it’s a bunch of bullsh-t,” he said in the video.

Evans claimed the most violence he saw was in the subway by two individuals over some food. He published a statement on Thursday apologizing for his comments, the AP reported

“Before I had a full understanding of the actions of rioters who stormed the Capitol, I shared a video reflecting my experience with tens of thousands of peaceful protestors that day. As a result, my remarks were not fully informed on what happened inside the Capitol by extremists,” Evans wrote. “I take full responsibility for any hurt my words caused, and for that, I am sorry.”

It’s been 10 days since the Capitol building came under siege by pro-Trump rioters during a joint session of Congress to count the Electoral College votes from the 2020 presidential race. Lawmakers were evacuated as rioters invaded the House and Senate Chambers, vandalised congressional offices, and stole items from the building.

A US Capitol police officer was killed, a rioter was shot, and three people died of “medical emergencies” during the Capitol siege.

As of Jan 15, the FBI has identified more than 270 suspects involved in criminal activity related to the Capitol riot and taken more than 100 individuals into custody.

The House of Representatives impeached President Trump on Wednesday for “incitement of insurrection” over his role in catalyzing a violent riot at the US Capitol that resulted in five deaths. He is the only U.S. President to be impeached twice.