An Illinois man was arrested over threats to kill Democrats during Biden's inauguration, as feds brace for more violence after the Capitol breach 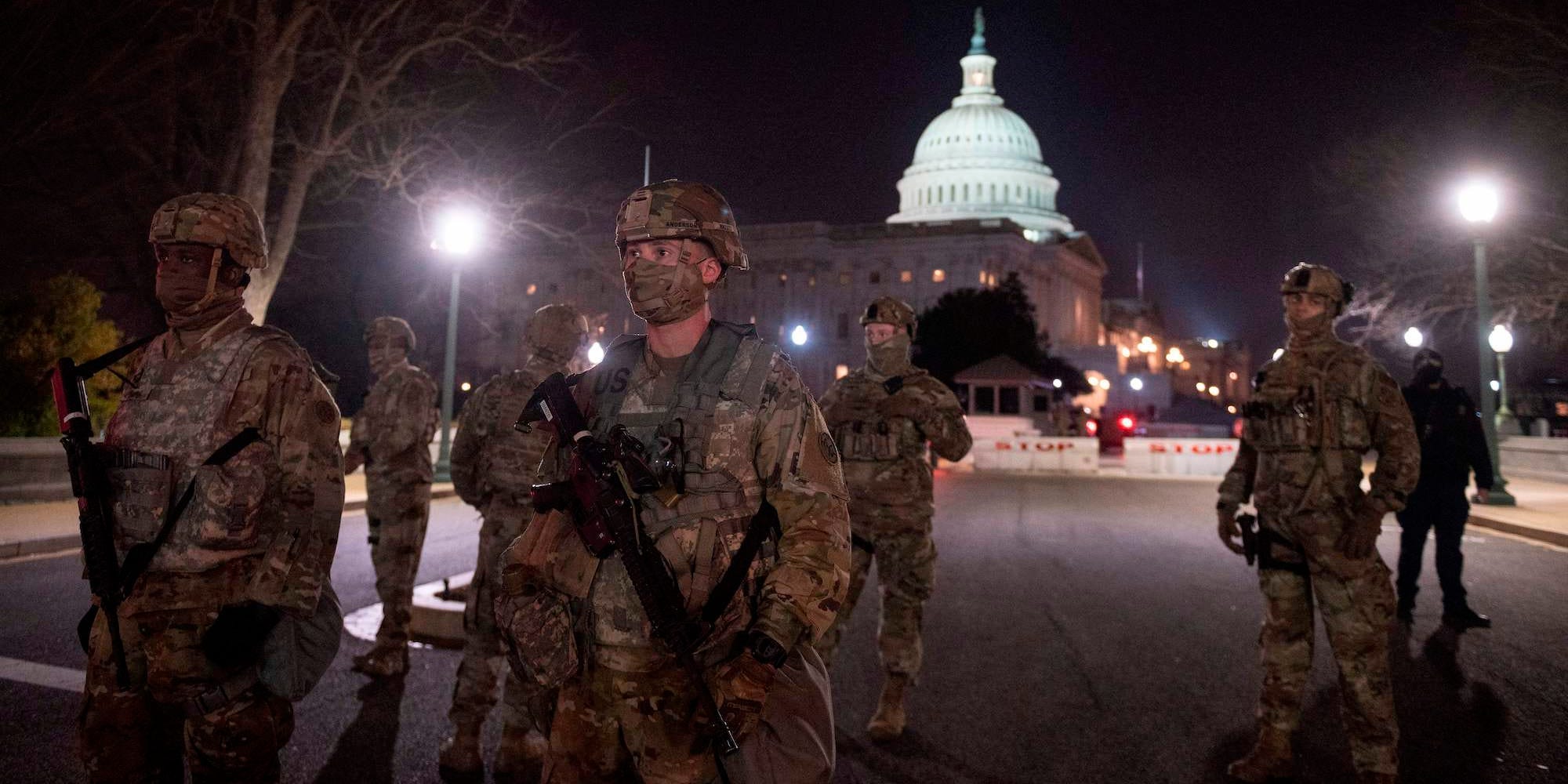 ANDREW CABALLERO-REYNOLDS/AFP via Getty ImagesMembers of the National Guard deployed around the US Capitol in the wake of a riot at the complex.

An Illinois man was arrested Tuesday morning over threats to kill Democrats on Inauguration Day, according to a criminal complaint obtained by the Chicago Sun-Times.

Louis Capriotti, 45, was arrested near his home in suburban Chicago early Tuesday morning, and charged with one count of transmitting a threat in interstate commerce, according to the Chicago Tribune. The crime is punishable by up to five years in prison.

According to the criminal complaint published by the Sun-Times, Capriotti has been leaving threatening voicemails for members of Congress since 2017, and was in February 2020 interviewed by FBI agents, who told him to stop or else he would face charges.

At the time, Capriotti told officers that he was “just f—ing” with the unnamed lawmakers and “didn’t mean any ill will,” the complaint states.

But according to the complaint, Capriotti did not heed the warning, and went back to harassing members of Congress after President Donald Trump lost the 2020 election in November. 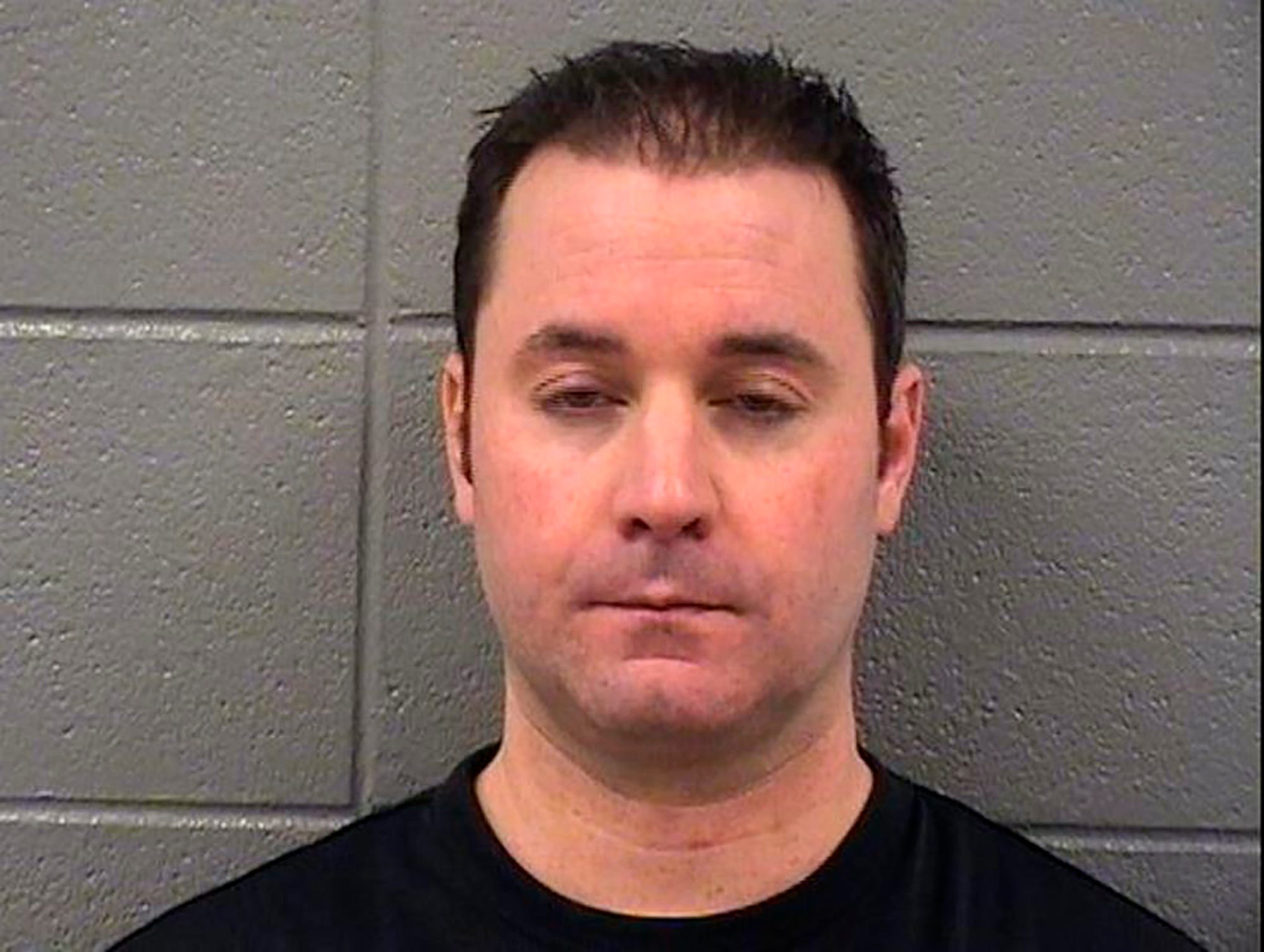 According to the complaint, Capriotti left several threatening voicemails for members of Congress from Michigan, Pennsylvania, and New Jersey in November and December.

On November 18, he told a member of Congress from Michigan that he was a “nine-year Marine,” had “killed” several “terrorists,” and would “continue to kill them because that’s what I am trained to do.”

The complaint noted that Capriotti has never been in the military.


Read More:
GOP kicks Trump to curb after deadly Capitol insurrection, leaving president to fend for himself during his historic second impeachment

According to the complaint, the threatening voicemails culminated on December 29, when Capriotti left a message for a member of Congress from New Jersey, saying that if certain individuals “think that Joe Biden is going to put his hand on the Bible and walk into that f—— White House on January 20th, they’re sadly f—— mistaken.”

The criminal complaint did not say who those members of Congress were, and what party they belonged to.

Capriotti’s first court hearing was held Tuesday afternoon, during which a judge decided that he would remain in custody until his detention hearing on Friday at the earliest.

The arrest comes a week after a mob of Trump supporters stormed the Capitol, causing fears of further violence in the lead up to Biden’s inauguration.

The FBI has warned of armed protests in all 50 states leading up to and on Inauguration Day, while the National Guard has been authorised to send 15,000 troops to beef up security in Washington, DC, Reuters reported.

However, the Army and Secret Service are working to determine whether any of these troops need to undergo extra screening before working on the inauguration, after it was revealed that military veterans and possible current service members took part in the Capitol riot.

Biden’s inauguration will be a more pared-down event due to the coronavirus. His inaugural committee has asked Americans not to come to Washington for the festivities, which will include a virtual parade and a military escort to the White House.

The inauguration has been designated a “national special security event,” meaning it has more resources dedicated to protecting it. The Secret Service agent in charge of the inauguration’s security has said that he’s confident in the event’s safety.

Trump’s daughter and son-in-law, Ivanka Trump and Jared Kushner, also plan to attend the inauguration. The president is said to be angry at the couple over that plan, a Republican source told Insider.