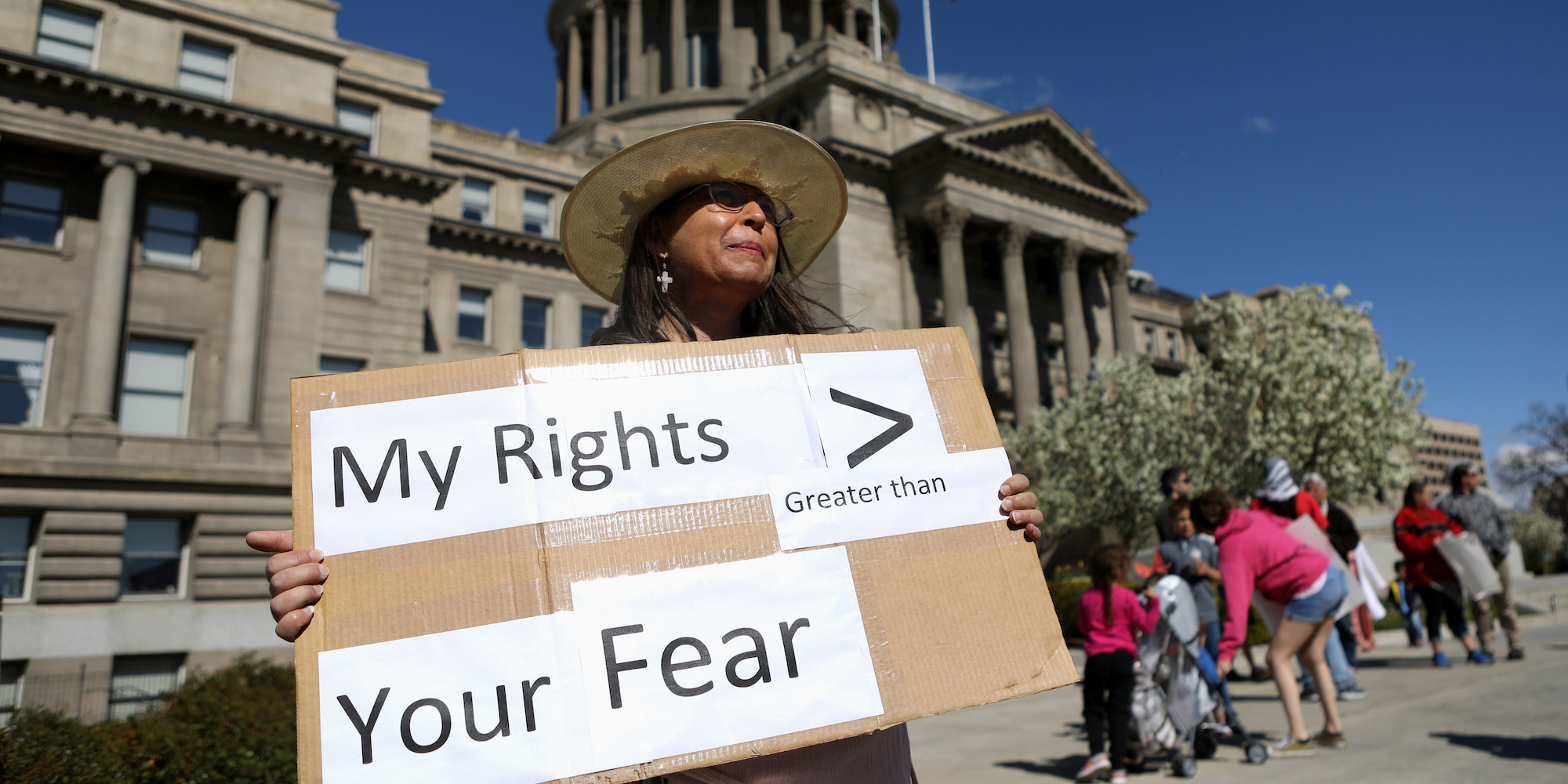 Reuters/Jim UrquhartA woman holds a sign during a protest over concerns related to coronavirus disease (COVID-19), after attending an Easter Sunday church service organised by libertarian activist Ammon Bundy, at the Idaho State Capitol in Boise, Idaho, on April 12, 2020.

Idaho’s coronavirus-related restrictions are under attack throughout the state as residents organise public gatherings and rallies demand businesses reopen.

Idaho Gov. Brad Little issued a stay-at-home order on March 25, banning all nonessential gatherings and shuttering all nonessential businesses. He recently extended the order until the end of April, angering some who have argued that the rules violate their constitutional rights.

He continued: “There are more of us than there are of them.”

The restrictions have also sparked the ire of Ammon Bundy, the famed rancher and libertarian activist who led the armed occupation of a federal wildlife refuge in Oregon in 2016.

Bundy, who lives in Idaho, has organised a number of gatherings, including an Easter service that drew what appeared to be dozens of residents in a venue for a church service. 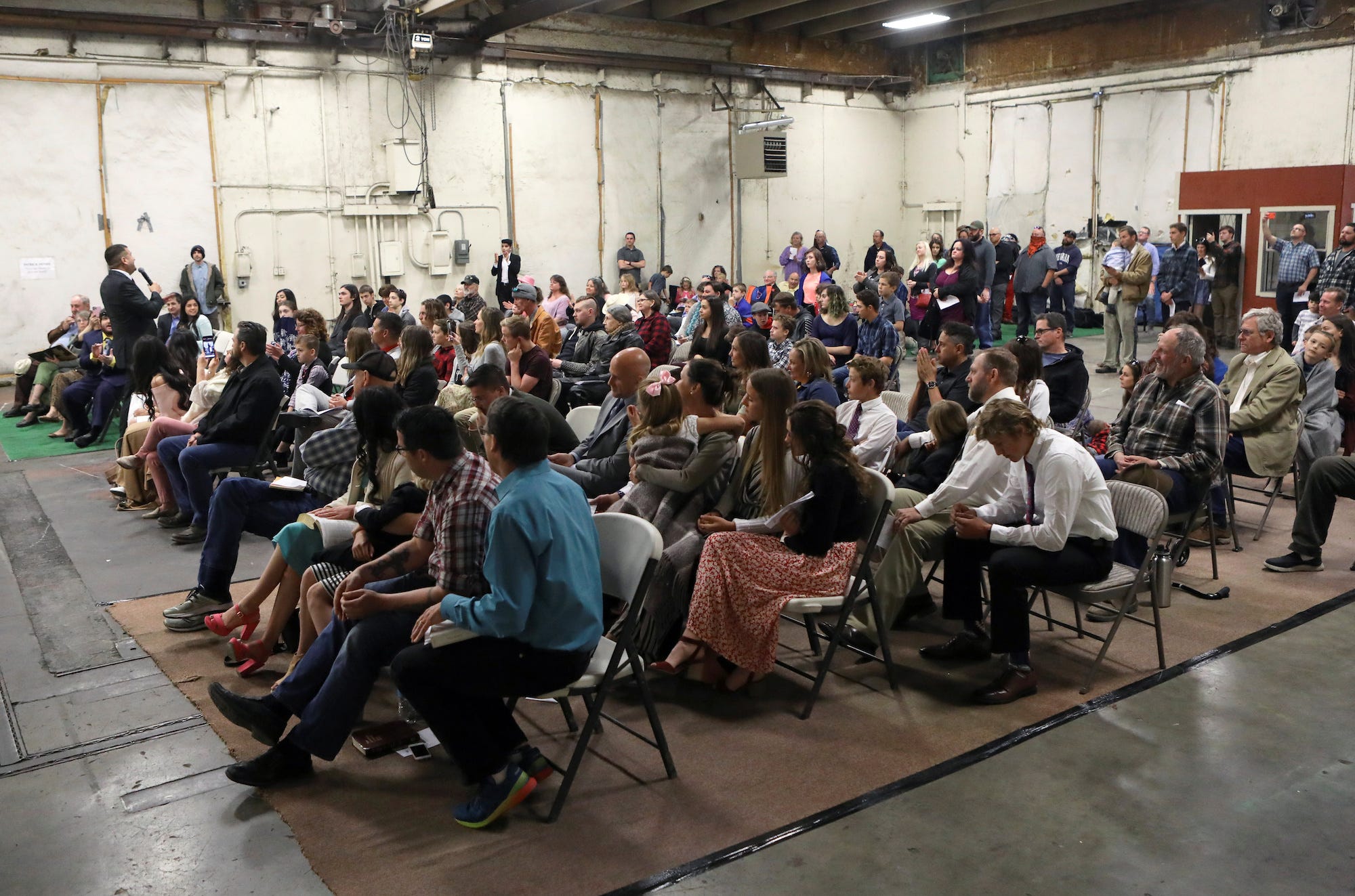 Photos showed the attendees sitting close together on fold-up chairs, none of whom wore masks or kept a distance of six feet, as public-health experts have recommended.

Bundy has argued to media and in Facebook videos that governments around the world are using the coronavirus as an excuse to “destroy the agency of man.”

“I want the virus now,” Bundy said, according to The New York Times.

The state has so far reported more than 1,400 cases of the coronavirus and 39 deaths from the disease, according to Johns Hopkins’ tally.

A lawmaker and a sheriff have been openly critical of the coronavirus restrictions, saying they violate the Constitution

One Idaho lawmaker, State Rep. Heather Scott, urged residents to “push back” against the state’s stay-at-home order and exercise their constitutional rights to peacefully assemble.

In a letter titled “The virus that tried to kill the Constitution,” Scott warned that citizens were facing “increasing restrictions of civil liberties during a climate of relentless fear mongering and media hysteria.” 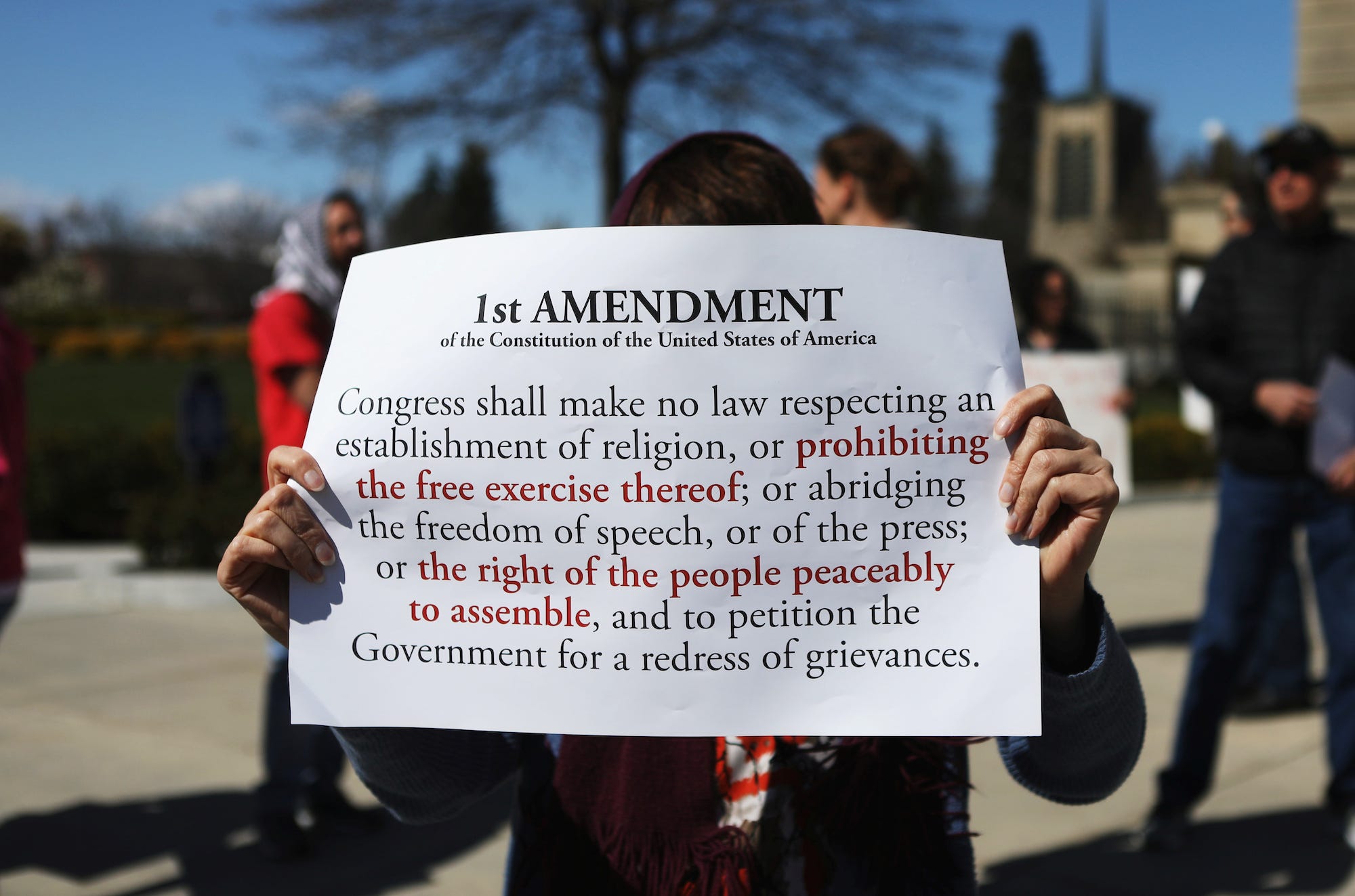 “In the spirit of liberty and the Constitution, you can request those that are sick to stay home, but, at the same time, you must release the rest of us to go on with our normal business,” he wrote. “I do not believe that suspending the Constitution was wise, because COVID-19 is nothing like the Plague. We were misled by some Public Health Officials, and now it is time to reinstate our Constitution.”

Idaho medical experts have reacted to the backlash with distress, saying the stay-at-home order was meant to slow the virus’ transmission and thereby protect vulnerable residents and reduce the pressure on hospitals.