20 iconic photos of the '90s, from Y2K hysteria to Princess Diana's 'revenge dress' 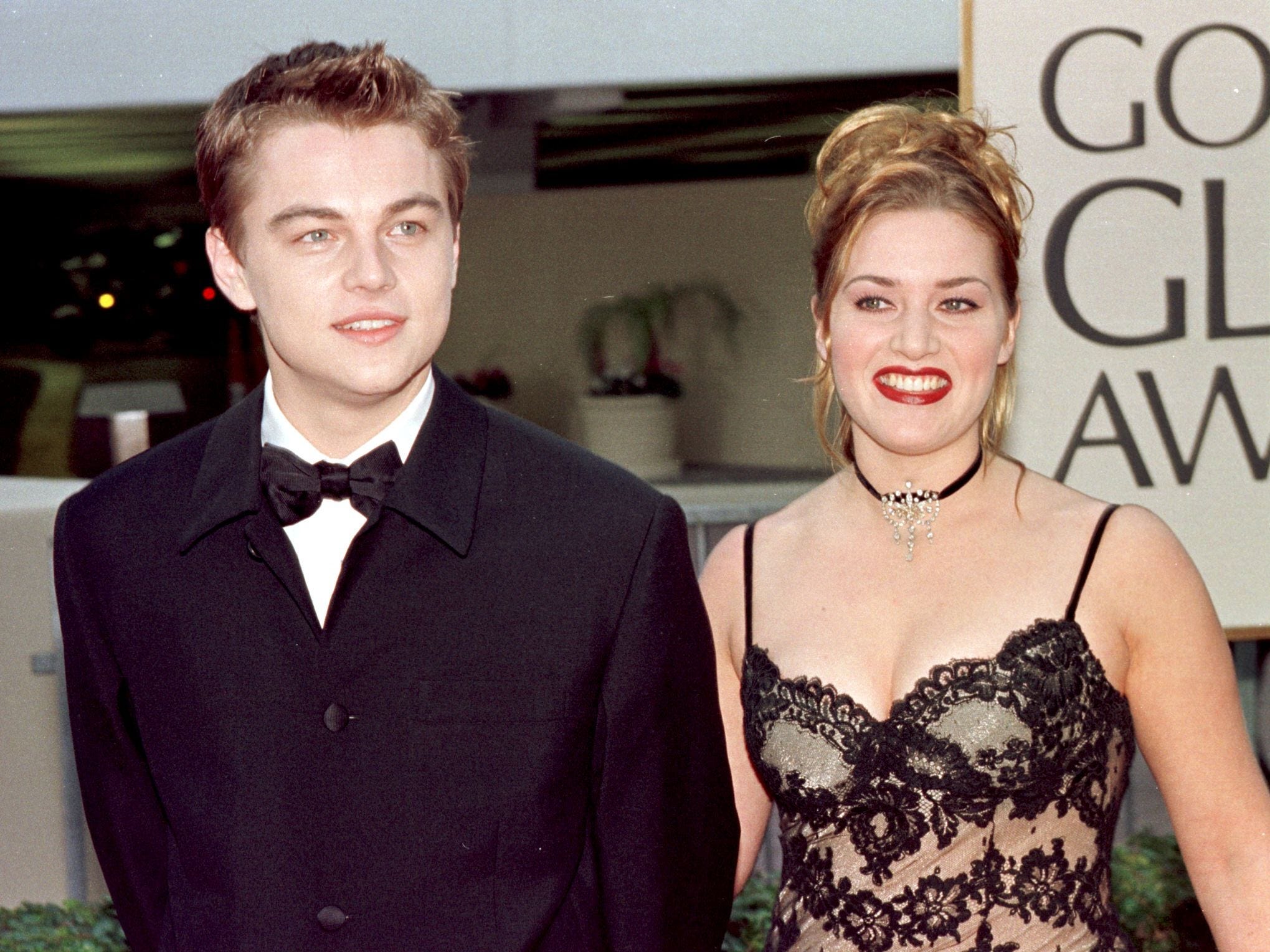 Nostalgia for the ’90s is at an all-time high right now (especially because 2020 has essentially been a wash) between fashion, TV show reunions, and a longing for simpler technology like Tamagotchis.

These 20 photos perfectly summarize the decade â€” the good, the bad, and the ugly. While you might remember the ’90s through a pair of rose-tinted circular sunglasses, things weren’t always better.

Crimes like the murders of Nicole Brown Simpson and Ronald Goldman captivated the country, and people were convinced that the world was going to end the minute the clock struck midnight on January 1, 2000.

Keep scrolling to take a journey back to the ’90s, and see if you can remember these moments in time.

Jennifer Aniston spawned one of the most iconic hairstyles of all time, “the Rachel,” during seasons one and two of “Friends.” Aniston’s character, Rachel Green, quickly became the show’s breakout star after just a few episodes. And her haircut, a modified shag featuring choppy layers that framed her face, was a phenomenon. Aniston’s hairstylist Chris McMillan credits the cut with changing his life.

The country was captivated by President Bill Clinton’s sex scandal. One of the most famous moments came when he denied having a relationship with Monica Lewinsky. Independent counsel Kenneth Starr had been investigating President Clinton and first lady Hillary Clinton’s involvement in a business venture when he found out about the then-alleged affair and began investigating it himself.

Clinton initially denied the allegations but later admitted to the relationship. The House of Representatives voted to impeach the president on charges of obstruction of justice and perjury, but he was acquitted in the Senate.

Anyone who has a Bill Clinton impression worth their salt can bust out “I did not have sexual relations with that woman, Miss Lewinsky,” combined with the famous finger jab.

In 1999, one of the biggest fears was Y2K, which was the belief that all computers would cease to function once we hit the year 2000. 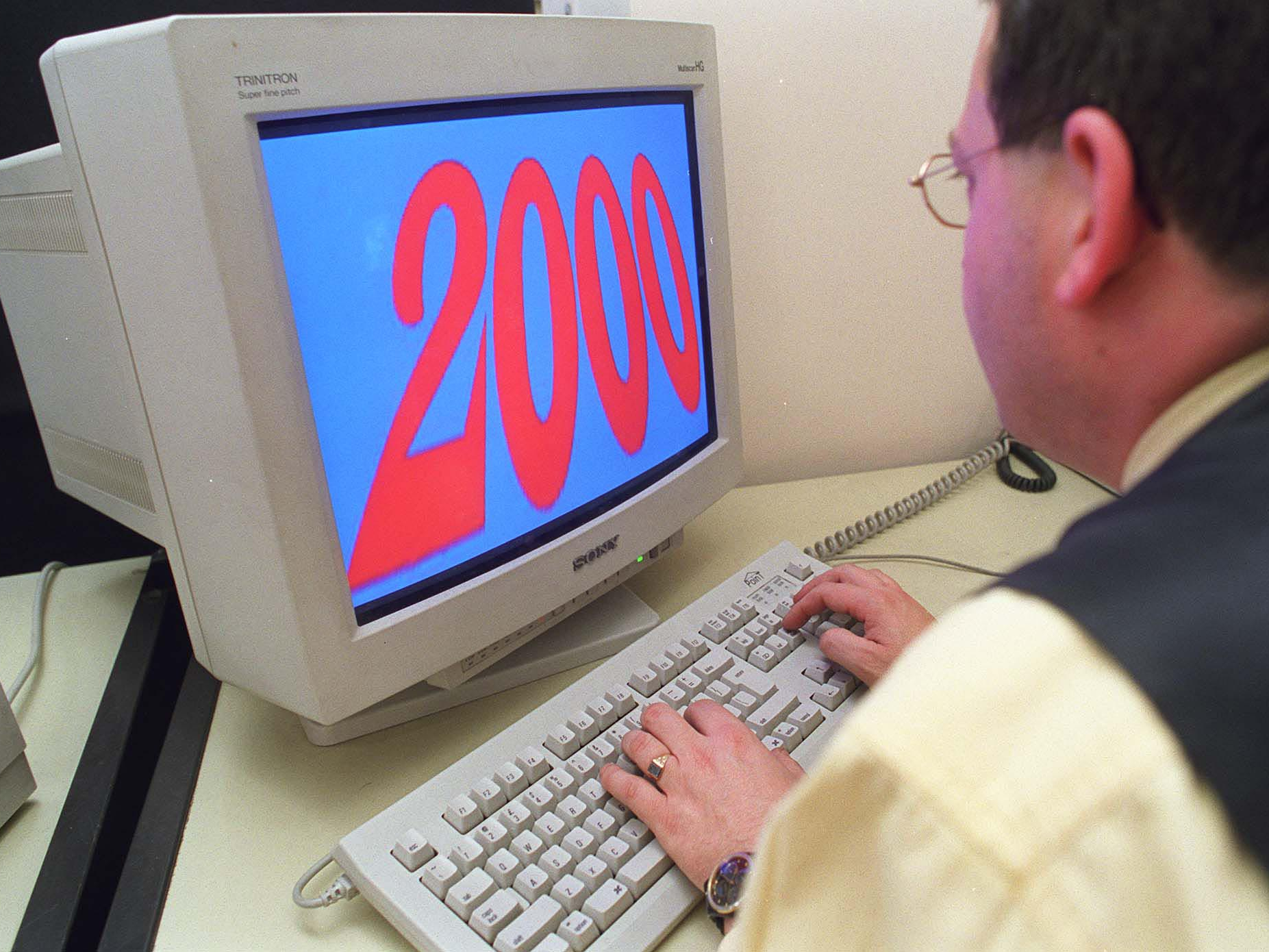 Y2K was a huge concern for the world in 1999. The problem? That computers and other hardware would be unable to compute the year 2000, since they were programmed to recognise years by their last two digits, like ’86 or ’98. The thought was that ’00 would be confusing to the computers, they’d compute that it was actually the year 1900, and everything would devolve into apocalyptic chaos.

Thankfully, none of that happened. 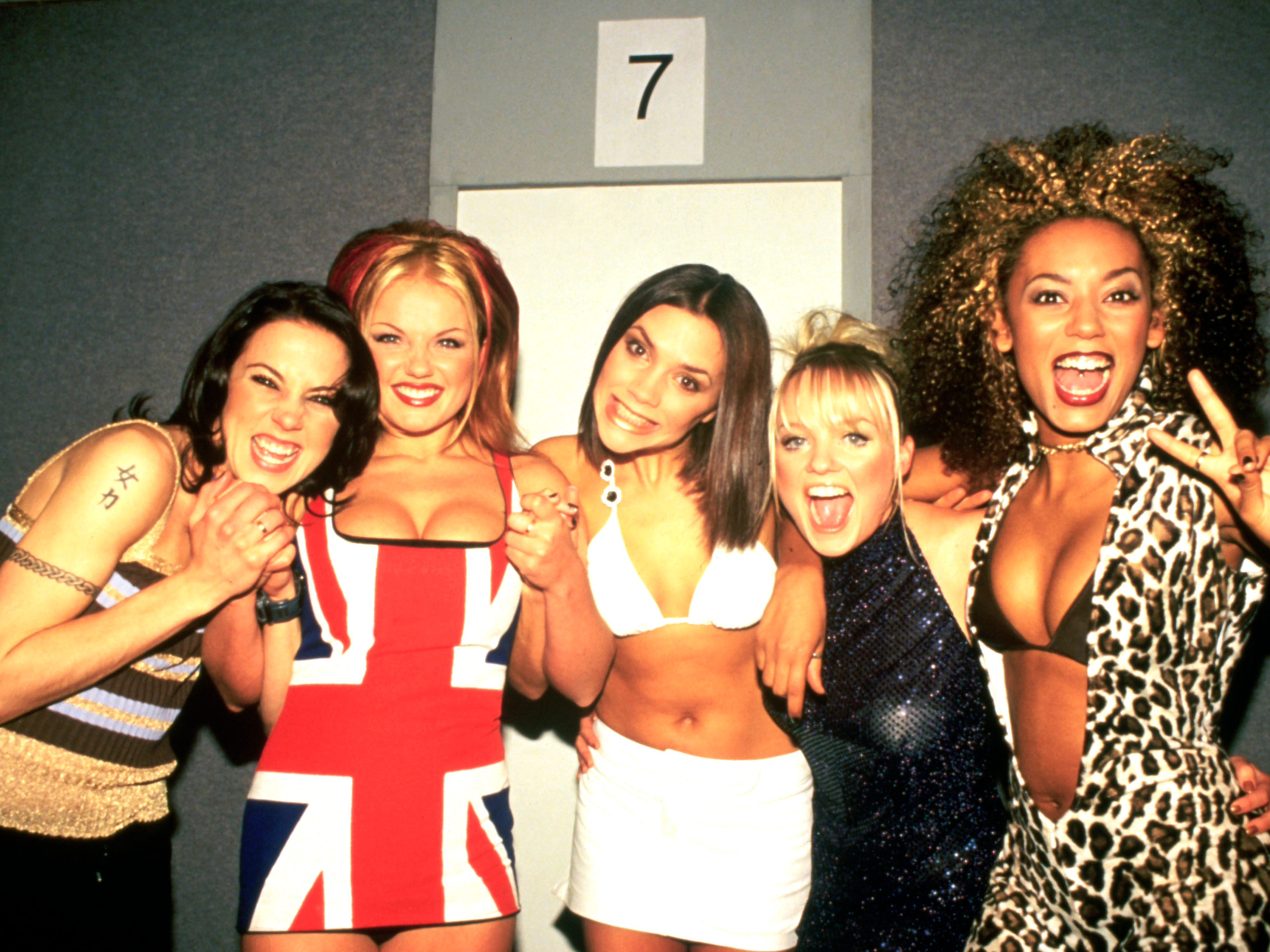 The Spice Girls were at the top of their game in February 1997. Their debut album “Spice” had come out a few months earlier, and would soon become the best-selling album in history by a girl group.

Beepers, or pagers, were the best way to get in touch with someone. 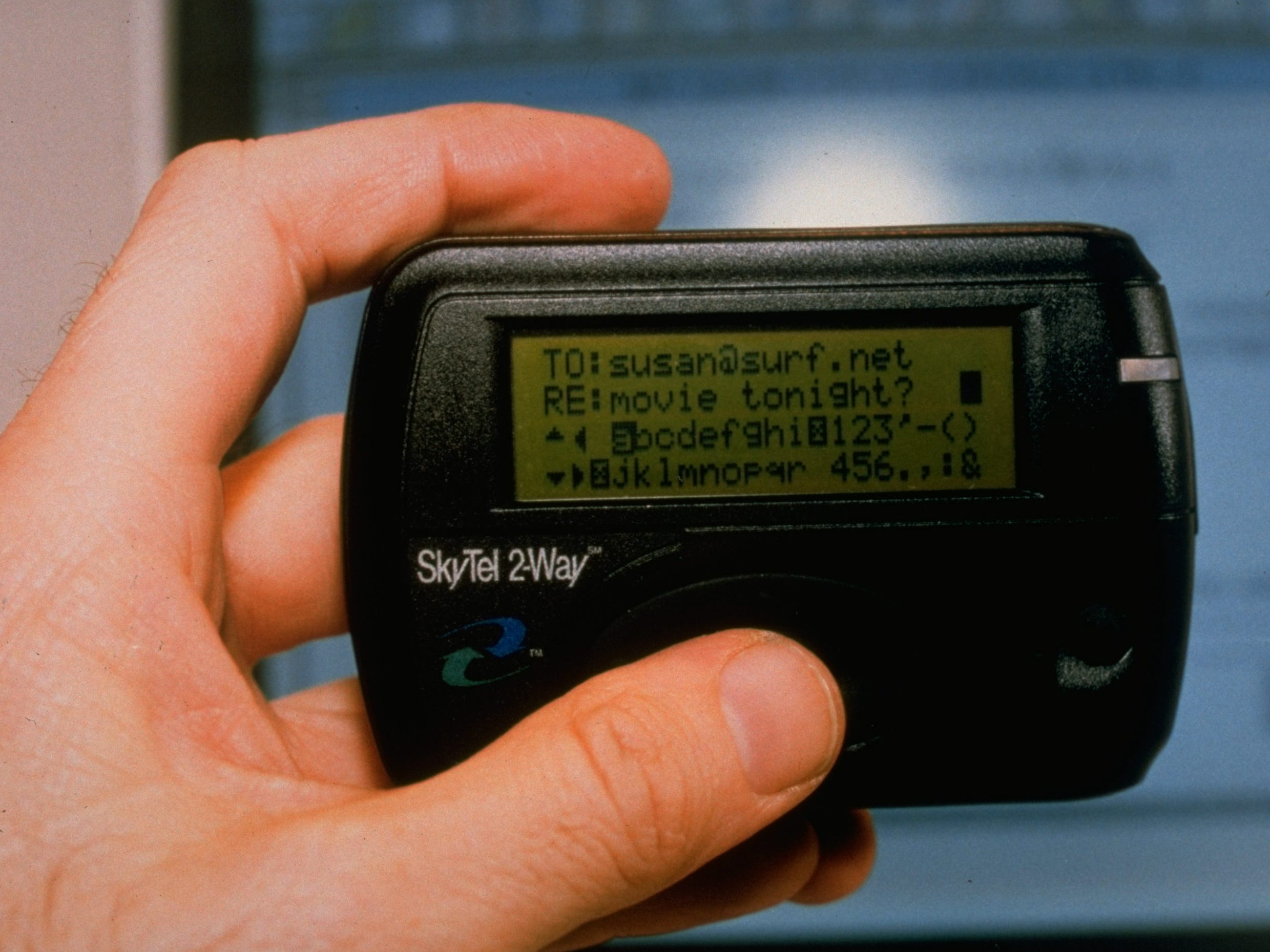 Before mobile phones, beepers were the preferred method of communication in the ’90s and 2000s. We hope the Susan was able to get to the movie on time – but it would have been much easier to coordinate with texting.

The trial of OJ Simpson dominated 1995, and one of the most infamous moments was when the former football player tried on a pair of gloves, spawning the phrase “If it doesn’t fit, you must acquit.” OJ Simpson was accused of murdering his ex-wife Nicole Brown Simpson and her friend Ronald Goldman. The trial, which has been called the “trial of the century,” was followed by millions of people across America for the better part of 1995.

Everything was a media circus, from the low-speed car chase to the bloody gloves found at the scene of the crime. Simpson was ultimately acquitted of the crime – though he was found personally liable in the civil case.

Platform shoes were also huge in the ’90s. They had a comeback in 2019: Urban Outfitters and Steve Madden even teamed up and began selling their iconic ’90s platform sandals again.

Two of the biggest stars on the planet were Kate Winslet and Leonardo DiCaprio who made everyone cry their eyes out in “Titanic.” “Titanic” is still one of the top-grossing films of all time, and its importance to ’90s kids cannot be overstated. And over 20 years later, people are still debating whether or not there was enough room on that door for Jack to hop on board.

The Tamagotchi craze swept across the world during the ’90s. The Tamagotchi was first brought into our homes in 1996. In case you’ve forgotten, Tamagotchis were handheld, digital pets that you needed to feed, clean, and play with in order to keep them happy.

These were so popular that they came back in July 2019.

The love triangle between Princess Diana, Prince Charles, and Camilla Parker-Bowles culminated in Princess Di wearing what many called her “revenge dress.” Jayne Fincher/Getty ImagesPrincess Diana arriving at the Serpentine Gallery, London, in a gown by Christina Stambolian in June 1994.

Many thought the timing of this iconic look was no coincidence. The same night that Diana headed to the Serpentine Gallery party in London, her estranged husband Prince Charles admitted to the world that he had been unfaithful to his wife. 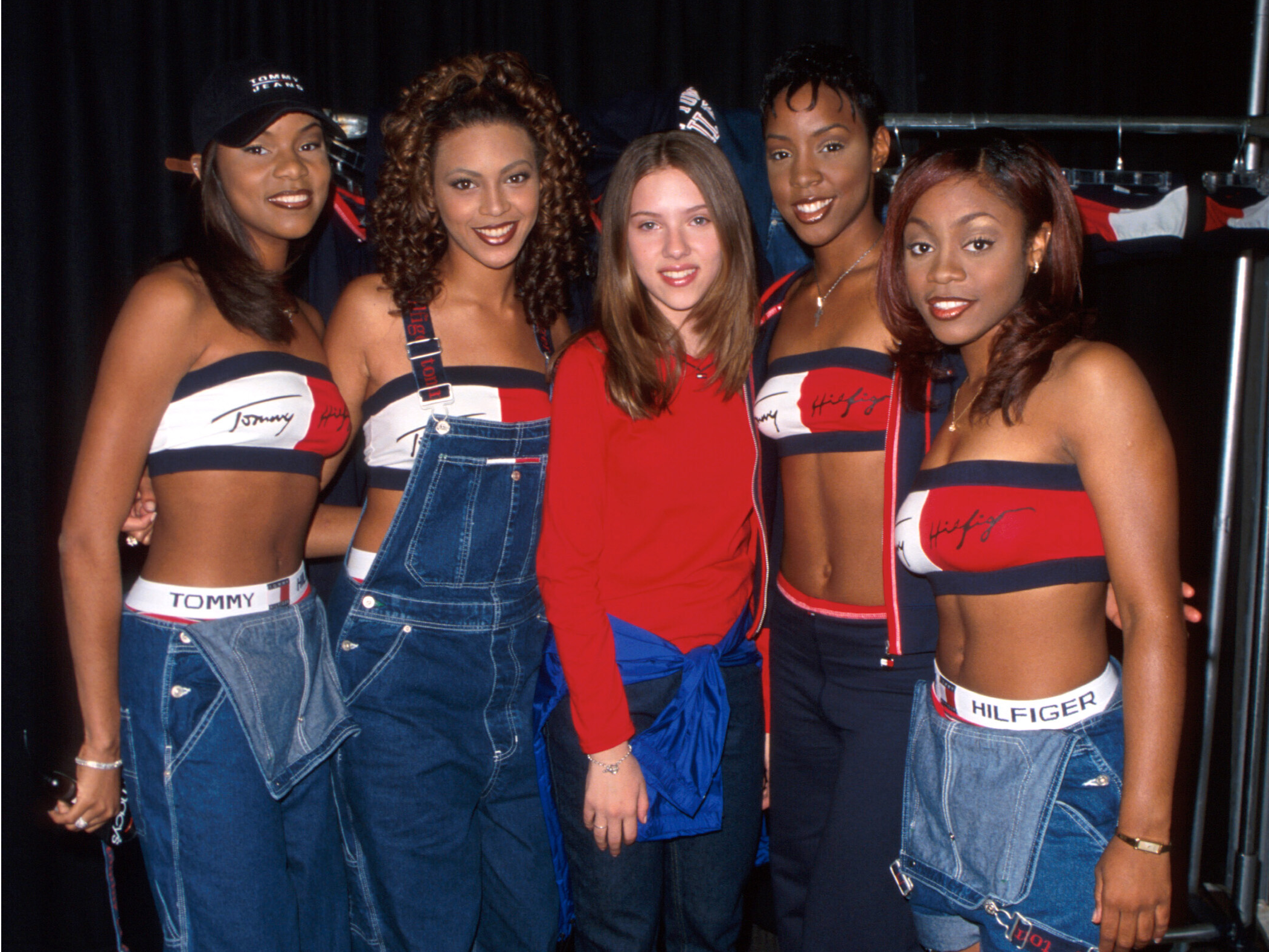 Low-rise jeans are just one of many trends from the ’90s that should never make a comeback.They’re almost universally unflattering, but they were inexplicably the bottoms of choice during the decade.

In 1999, Johansson had already hit her big break with the film “The Horse Whisperer.” She was just 14 years old and the perfect age to be a Destiny’s Child fan. In ’99, the group was releasing smash hits like “Bills, Bills, Bills” and “Say My Name.”

Franchise juggernaut “Star Wars” returned in 1999 after a 16-year hiatus with “Star Wars: Episode I – The Phantom Menace.” 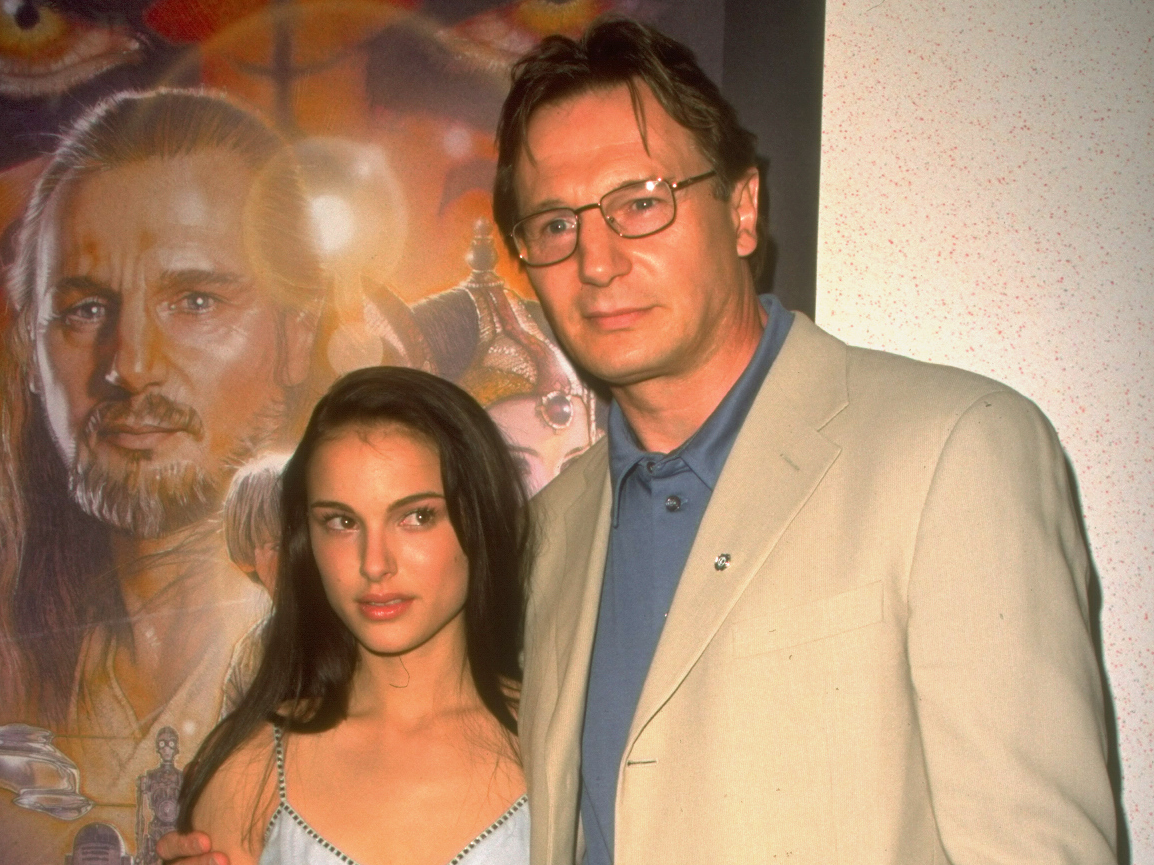 Anticipation for a new “Star Wars” film was at an all-time high by the time “Phantom Menace” was released in 1999, two years after it had begun filming in 1997.

While reactions were tepid, the movie brought the franchise into the new millennium and spawned two more sequels, an entirely new trilogy, two spin-off movies, and multiple animated series over a decade later. Plus, it made stars out of Natalie Portman, Ewan McGregor, and later Hayden Christensen.

Blockbuster Video was the one-stop shop for all your favourite movies, movie snacks, and video games. There is but one Blockbuster left in America, a fact that might still seem impossible for those alive in the ’90s. The video rental chain was everywhere during that time, and even spawned an entire awards show, fittingly called the Blockbuster Entertainment Awards.

But with the rise of streaming services, Blockbuster has slowly become obsolete. Raise a glass – filled with Blockbuster beer, of course – for our fallen friend.

Every era has their cast of “SNL,” and this era lucked out with comedy all-stars Chris Farley, Chris Rock, Adam Sandler, and David Spade. Their tight-knit bond remained clear throughout their post-show careers with Sandler, Spade, Rock, and Farley all appearing in movies together.

Their friendship endures to this day. When Sandler hosted “SNL” for the first time in 2019, Rock made a cameo during his friend’s opening monologue, and Sandler ended the show with a sweet song for Farley, who died in 1997.

David Beckham went from one of the most popular soccer stars in the world to public enemy No. 1 when he was red-carded during the World Cup in 1998. 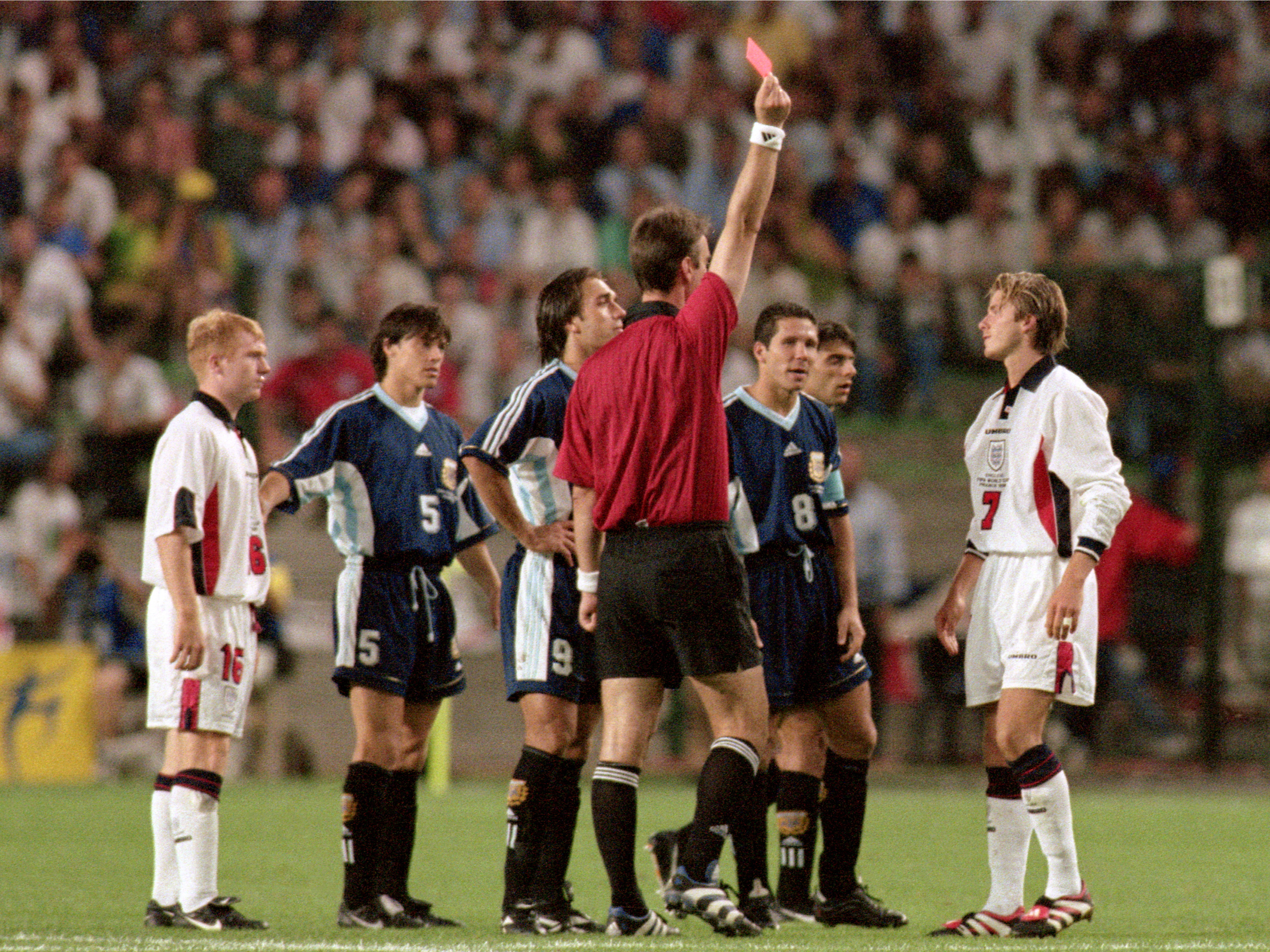 Beckham was beloved by England – and the world – for his combination of model good looks and incredible soccer talent. But all of that turned on a dime during the England vs. Argentina game in the 1998 World Cup.

Beckham was shown the red card and thrown out of the game for kicking Argentinian player Diego Simeone.

England went on to lose the game and was eliminated from the tournament, and many people blamed Beckham. There were dartboards with his face on them, and people burned his jersey across the country.

The era of the supermodel peaked in the ’90s with icons like Naomi Campbell, Claudia Schiffer, Christy Turlington, Elle MacPherson, and others. 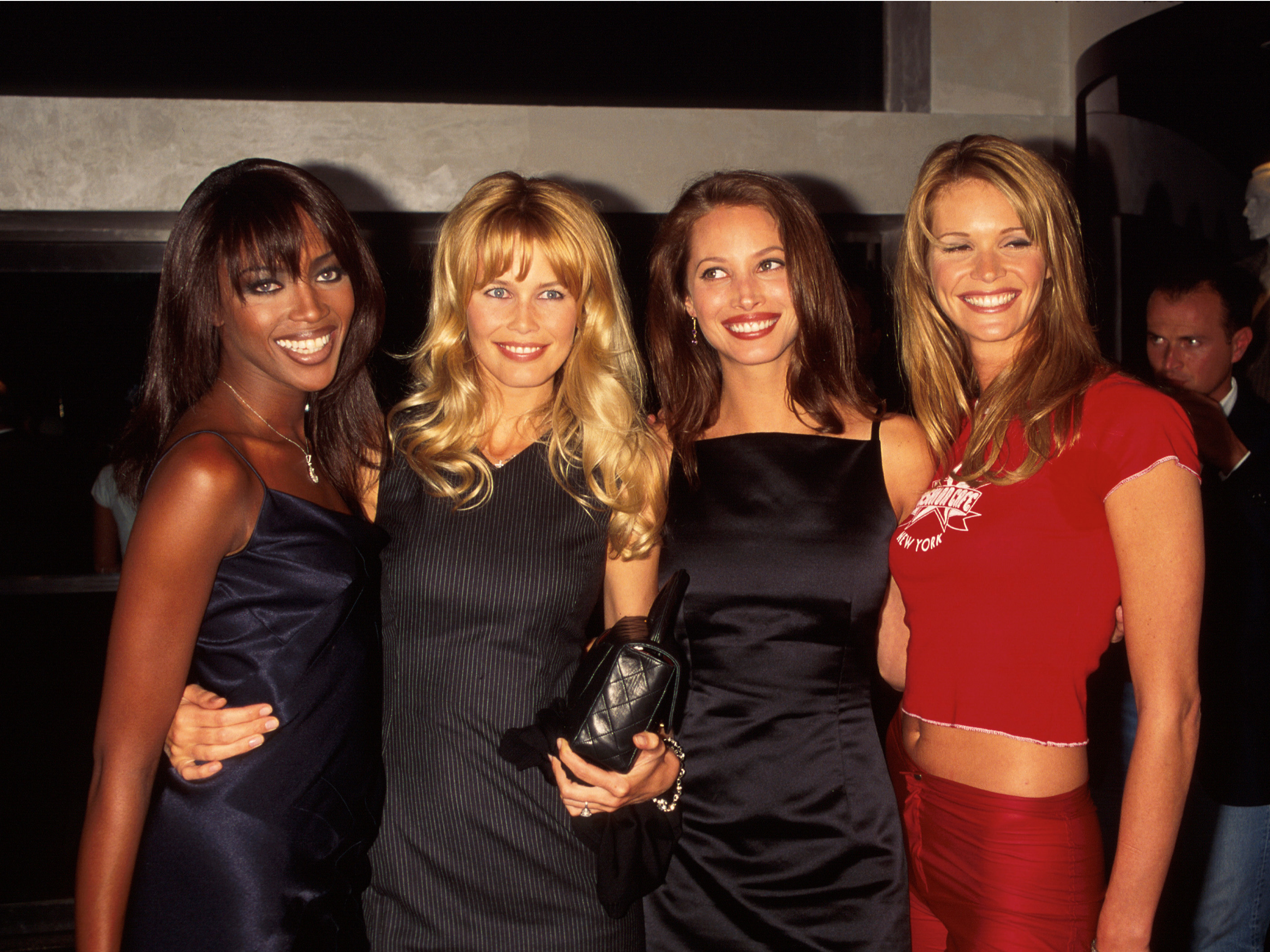 According to Vogue, the era of the supermodel officially began in 1990 with their cover that featured Naomi Campbell, Linda Evangelista, Tatjana Patitz, Christy Turlington, and Cindy Crawford. Throughout the decade, more and more models became “super,” like Elle MacPherson, Tyra Banks, Kate Moss – the list goes on.

President Bill Clinton’s saxophone ability is the stuff of memes in 2019, but in the ’90s it was endearing. Karen Cooper/Getty ImagesPresident Bill Clinton plays the saxophone as jazz vibraphonist Lionel Hampton gives a thumbs up during a birthday celebration on July 24, 1998.

The concept of a president picking up a musical instrument and playing it seems almost too outlandish to be true, but it really happened. President Clinton was known for his smooth sax abilities, and showed them off more than once. The ’90s were a simpler time.

Most famously, he played on “The Arsenio Hall Show” in 1992, but he continued to jam out throughout his presidency.

Mary-Kate and Ashley Olsen were ’90s icons and fashionistas even back then. After gaining popularity on “Full House,” the Olsen twins were able to turn their twinhood into a brand. They had books, TV shows, a clothing line, perfume, TV movies – really, anything you can think of.

Mary-Kate and Ashley haven’t acted in years, but we’ll always have “The Adventures of Mary-Kate & Ashley” and “It Takes Two.” 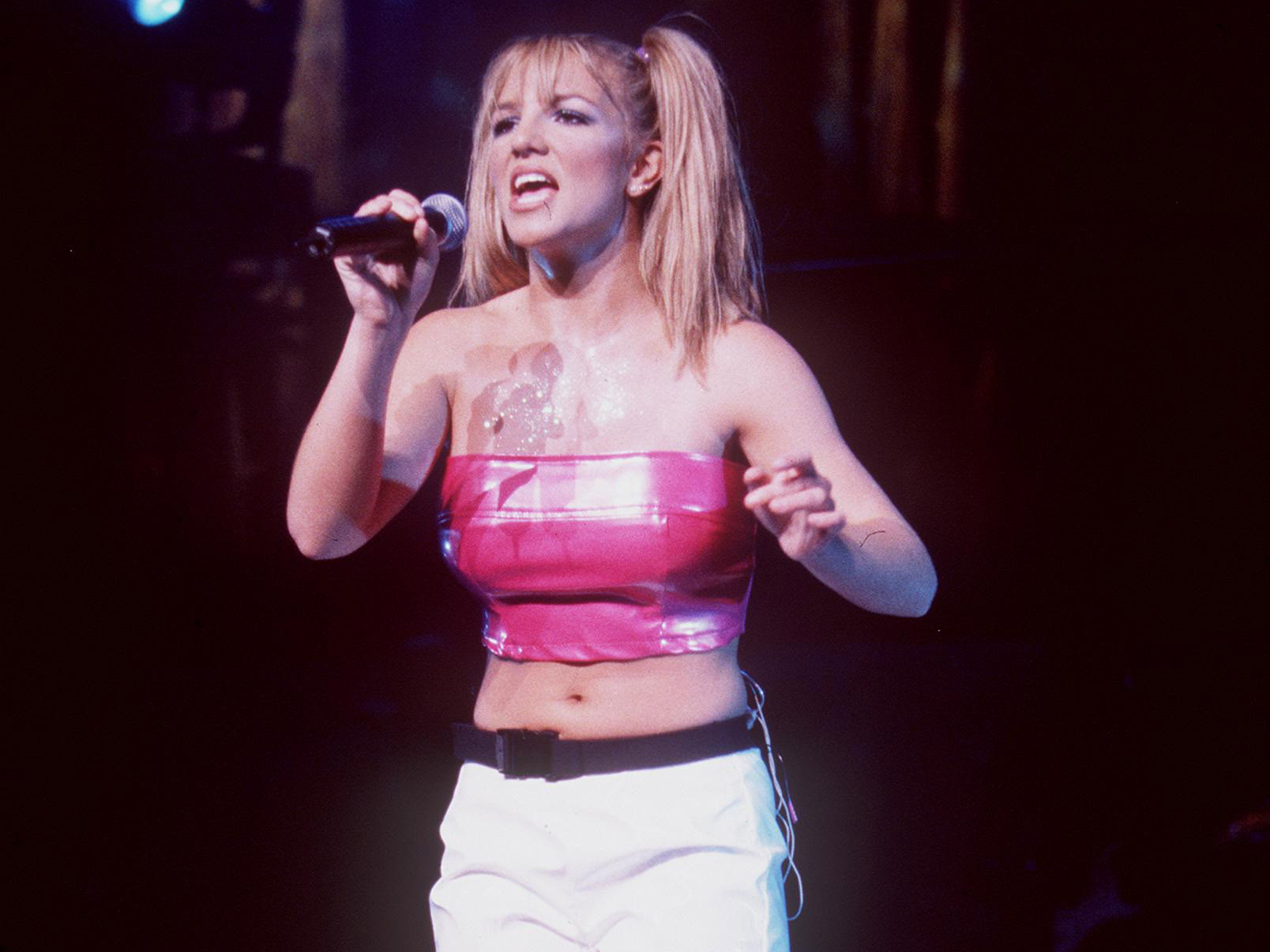 While Spears is mainly associated with the early 2000s, her career kicked off in the last year of the ’90s when she released iconic songs like “…Baby One More Time” and “(You Drive Me) Crazy.”

She became an overnight sensation, kicking off two more decades of superstardom, controversies, and dozens of bops.

The Kardashian-Jenner clan have been stars since the ’90s — just look at this photo of them from 1991. All denim? Check. Bowl cuts? Check. Weird, marbled, monochrome backdrop? Check. This photo perfectly encapsulates the typical family photoshoot of the ’90s, and the fact that it’s the Kardashian/Jenner blended family is only a plus.

See if you can spot Kourtney, Kim, Khloe, Rob, and Brody Jenner, alongside the other Jenner kids Burt, Brandon, and Cassandra.