My dad lost his job during the Great Recession in 2008. Here's what life was like and how my family made it through. 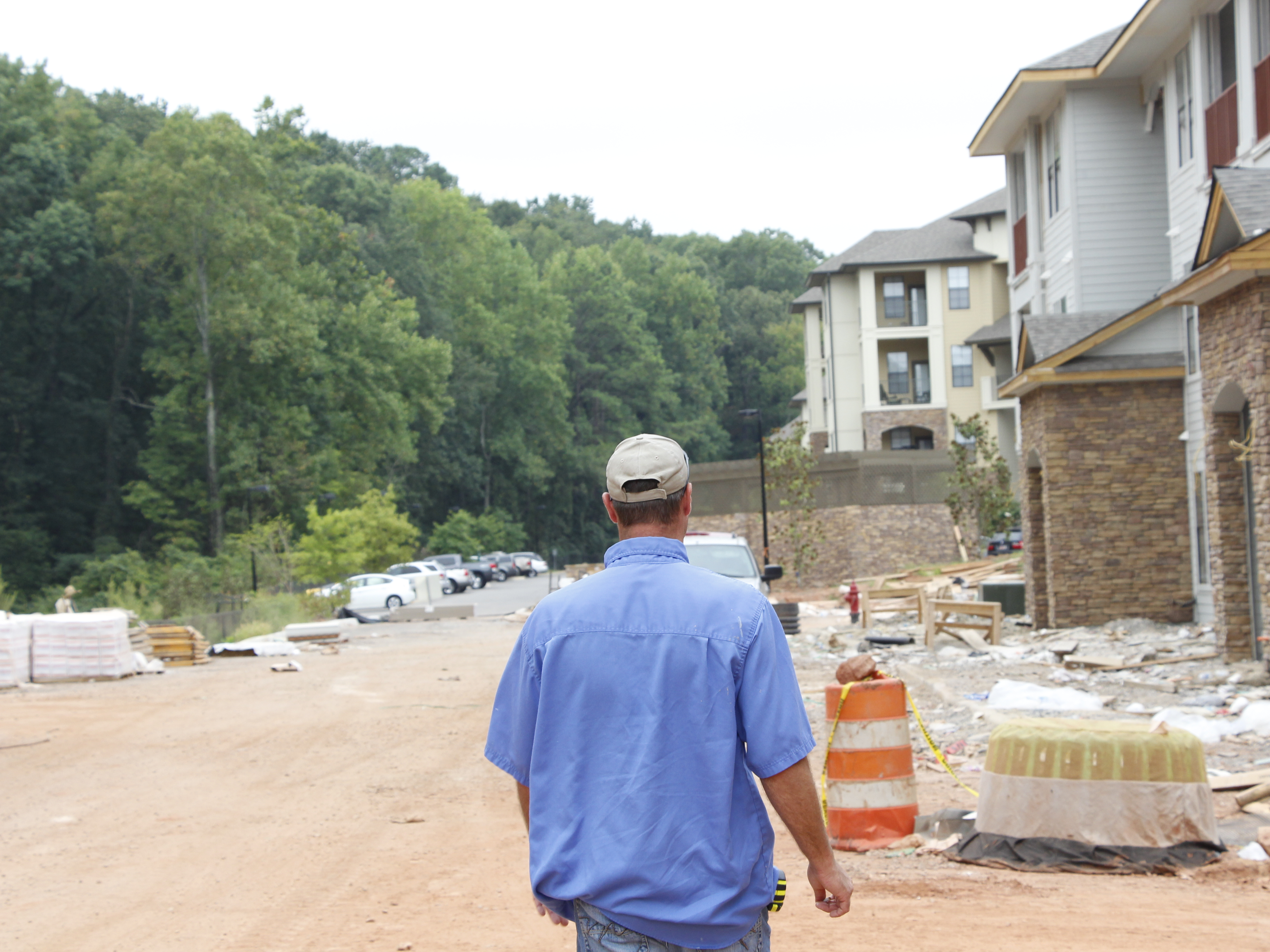 With the coronavirus lockdown still in full swing, it remains to be seen how the economy will be affected in the long run. There have been rumblings that we could see the worst economic recession since the Great Depression in the 1930s.

“Recession” has always been a scary word in my house. I was 13 in 2008 when the housing market crashed, and my dad lost his job.

These are the ways my family survived the last recession and the lessons I learned, the most important being: We will get through this.

My dad started working in construction when he was 18 years old.

caption
My grandpa, dad, and me.

My dad would come home from work late at night, covered in sweat and concrete dust. At 2 years old, barely coming up to his knees, I would ask to wear his hard hat, and he would smile wearily at the idea.

He worked in a yard, building concrete walls for a living. It was dangerous work for little pay. There were horror stories of people getting knocked down by falling walls or breaking their arms. But my dad stuck with it, transitioning into building high-rise condominiums on the beaches of the Gulf Coast.

By the time he was 31, my dad was an assistant superintendent overseeing apartment complexes.

caption
My dad at one of his jobs.

Over 13 years, my dad had slowly worked his way up the construction ladder. He knew his way around a construction project and his booming voice demanded to be listened to. He could even chew someone out in at least two languages.

My mum had studied and got her GED and was going to school to be a nurse. By this point, our family had grown to a household of seven, including my two brothers and sisters, and my grandmother who also lived with us.

When the Great Recession hit in 2008, my dad’s construction company disappeared almost overnight.

caption
My dad at work.

One day my dad had a job, and the next day he didn’t. The company my dad worked for shut down their construction division and laid off all the workers.

In addition to going on unemployment, my family used different tactics to earn and save money to help us through this crisis.

What unemployment paid was much less than what he was normally making weekly. My family had bills that needed to be paid – unemployment helped, but it was a temporary fix.

Bill collectors would call my parents’ phones regularly. At one point, the power company turned off our electricity, and my parents tried to find enough money to turn it back on.

We sold some of our possessions at pawn shops, with a hopeful promise to one day buy them back.

My dad pawned his shotgun that he had planned to take deer hunting, and my mum pawned some of her jewellery. Things got so bad that they even pawned my PlayStation, with promises to return for our items when they recovered financially. So even though we needed the money, I resented it.

On weekends, we would have yard sales for food and gas money.

My dad would park on the side of the road while my mum hammered signs in the ground across town pointing the way to our yard sale. We would get up early to lay our belongings on tables and blankets in our yard. I waved goodbye to the toys and action figures of my yesteryear as we sold them for sometimes $US1 a piece.

On good days, people would come from all around, picking through our clothes and other items for sale. They’d try to haggle my parents down to even lower prices. My dad even sold the generator that was supposed to get us through hurricane season, and an old refrigerator.

On bad days, no one showed up, and the only thing sifting through our belongings was the wind.

My mum and grandma would head to local food banks.

caption
My mum and grandma.

They returned with canned foods of all sorts, and a whole chicken that my mum would boil and cook with a bag of rice and canned carrots.

When you don’t have much money, you have to get inventive with dinner options, like using canned foods and lunch meat for days at a time.

Let’s just say steak was off the menu. Sandwiches were always a good option because my parents could buy a loaf of bread and a pack of lunch meat to feed seven people for cheap. We ate canned food like Spam, Vienna sausages, and potted meat, or instant meals like ramen noodles.

We cut out all expenses that we couldn’t afford in an effort to save money, like cable TV.

Gone were they days of HBO and cable. I mourned their loss while staring at the chrome antenna that picked up only four channels.

Also on the chopping block? Anything with a brand name. In the great debate of Coca-Cola or Pepsi, I have to recommend my all-time favourite generic supermarket brand.

To survive the Recession, my parents had to take out loans.

caption
Our vehicles when I was younger.

My parents put the title of our car up for collateral. The finances became so dire at one point that my parents took out one loan to have enough money to pay off another.

My parents did what they had to to make sure we had a roof over our heads and food in our bellies.

At a Youth for Christ meeting, I asked the group to pray for my family. Sometimes, asking for help can be hard — but I found it uplifting.

On early Wednesday mornings, I went to the Youth for Christ meeting held in the school cafeteria. They always asked who needed praying for, and we would gather in a circle and spend a few minutes praying. For three meetings, I remained silent when they asked. I didn’t want people to know we were going through a tough time.

I finally asked them to pray for my family on the fourth meeting, and whether you believe in God or not, the experience helped. It helped to share with others.

I’m sharing this story now because we all go through tough times sometimes – that’s OK to admit.

After my dad couldn’t find a job in construction, he applied his skills to working on RVs.

My dad got a job as an RV technician that paid less than what he had been making – but a lot more than unemployment did.

He applied what he learned building apartments to fixing RVs. When he got the job, he promised them he was going to be the most efficient RV technician there, and by the time he left, he was.

I learned that even if you think your skills are specialised, they can almost always be tweaked a bit to find another career – it just takes a little bit of creativity.

Working on campers, cutting costs, and selling things helped us survive the Recession until my dad found another job in construction.

caption
My dad, me, and my siblings.

We came out leaner and wearier than we had been before, but we didn’t give up. That’s about the best you can hope for. Our lives never went back to what they were before the Recession hit, but things got much better.

Hopefully, our economy can rebound faster than it did after 2008, but that time taught me that getting through a crisis is possible with the support of my family, friends, community, and determination.