I made margaritas using 4 celebrity chefs' recipes, and the best was the quickest to make 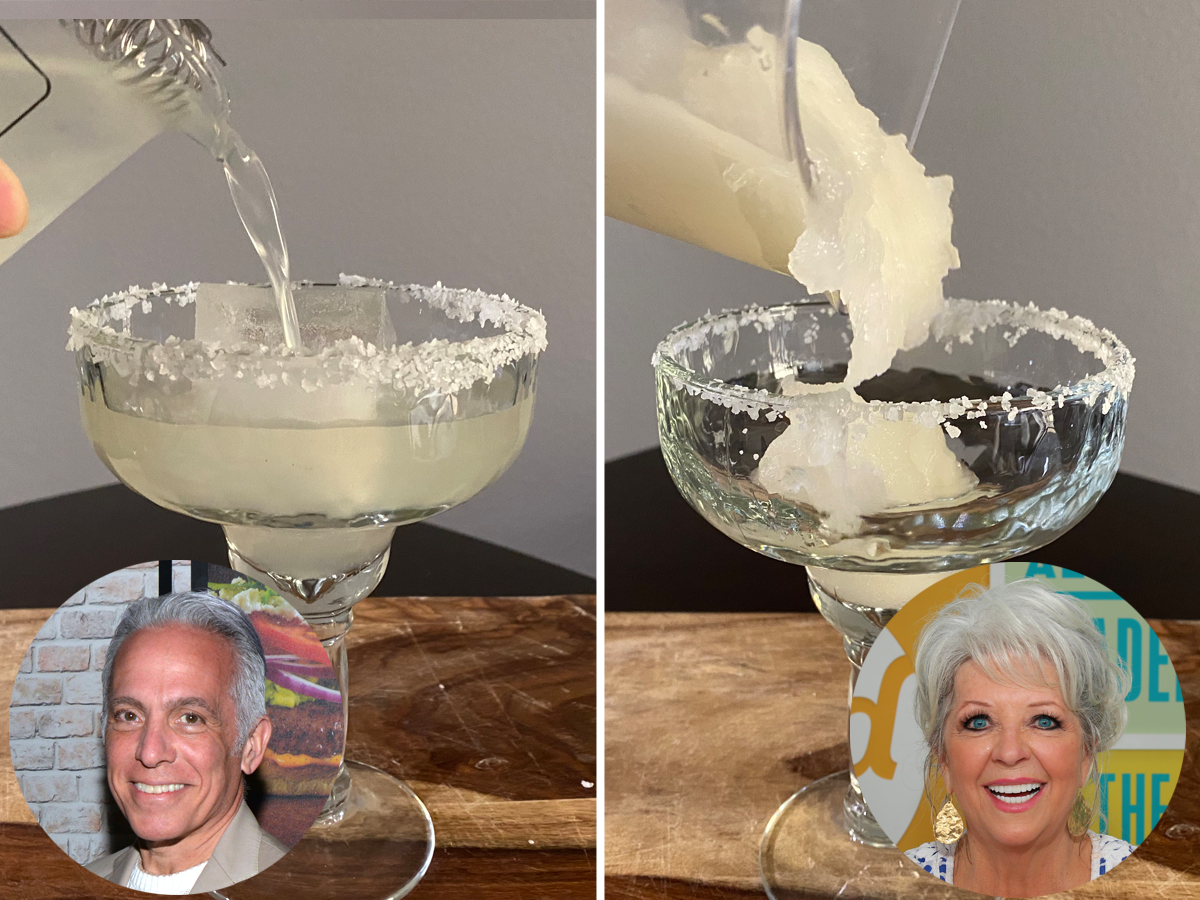 Margaritas became popular around the 1930s when they were simply made with tequila, lime juice, and orange liqueur. Now, there are so many different ways to make a delicious margarita â€” and many chefs have branded their own recipes.

As a fan of margaritas, I decided to give recipes by Paula Deen, Ina Garten, Geoffrey Zakarian, and Tyler Florence a whirl to see which celebrity-chef cocktail would win over my taste buds.

Read on to see how the margaritas turned out.

Deen’s recipe was the simplest of them all 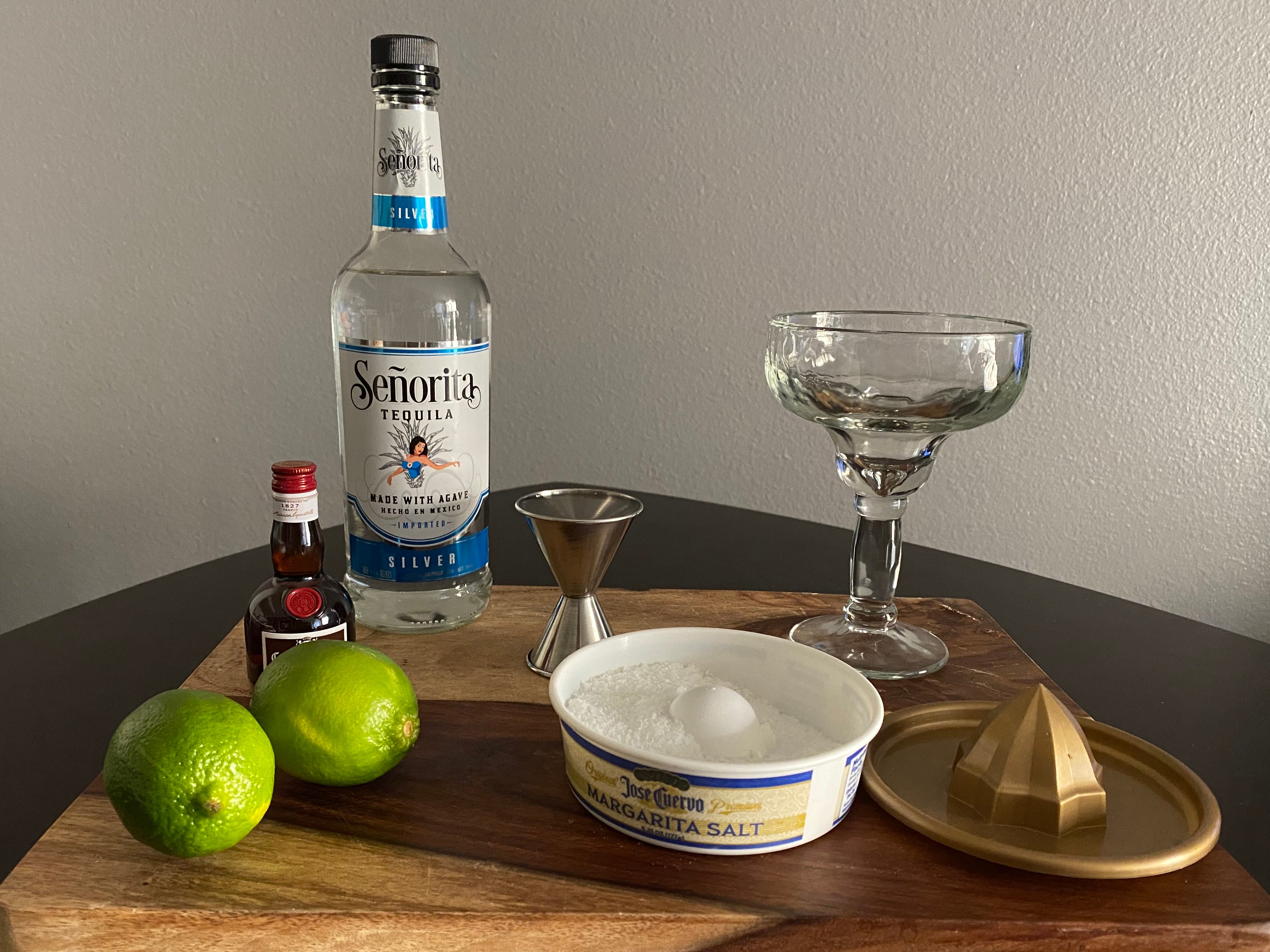 The first thing I noticed was that Deen’s recipe had a short ingredient list: tequila, Grand Marnier orange liqueur, fresh lime juice, and plenty of ice. I was a bit disappointed by the lack of simple syrup or agave, but I figured this blended beverage would still be delicious.

Deen’s recipe also recommends customising the margarita with ingredients like fresh fruit or mint, but I kept mine traditional to better compare it to the other recipes. 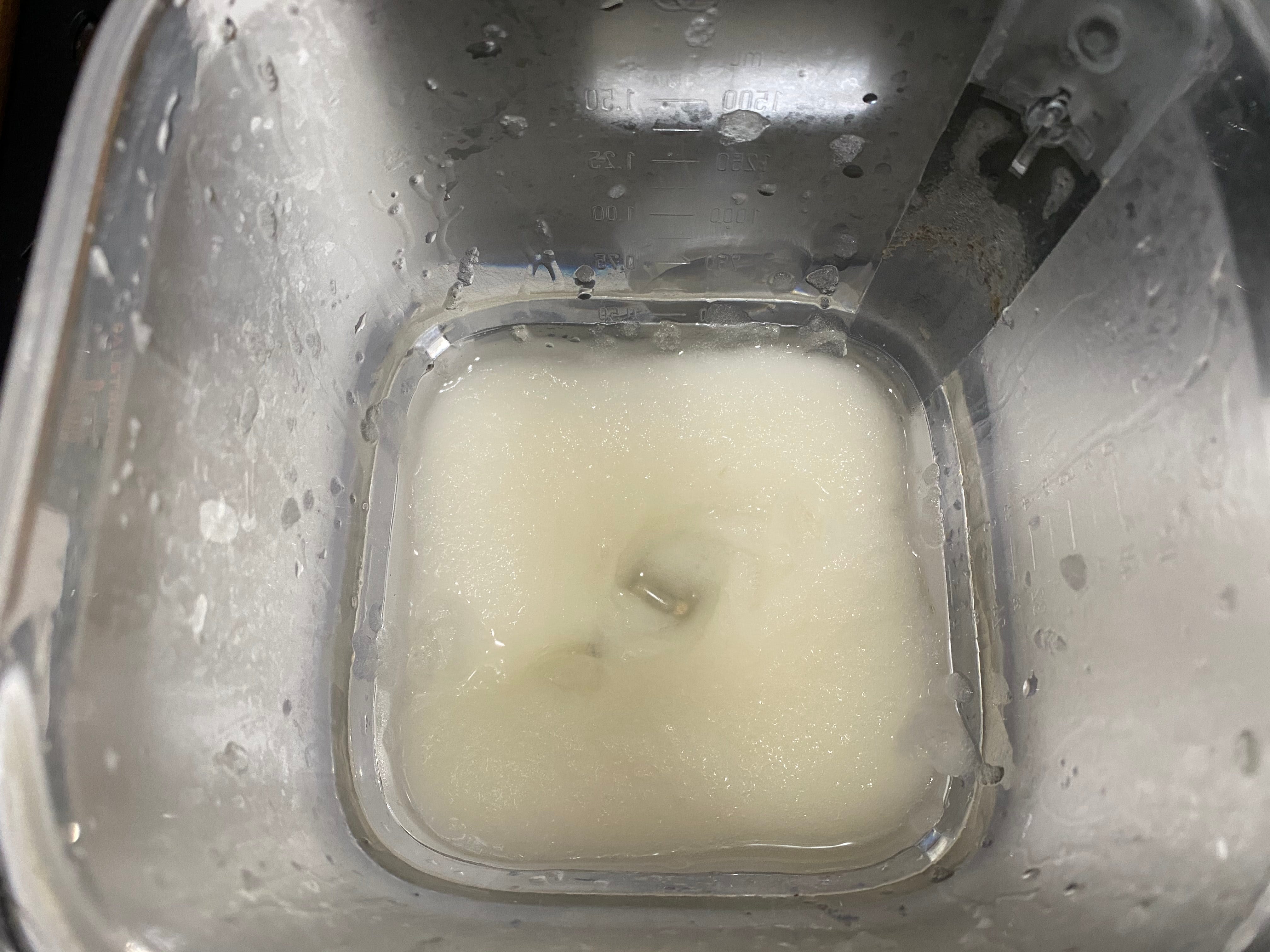 Paige Bennett for InsiderI had a hard time getting the consistency right.

According to the recipe, the margarita should turn out “smooth and slushy.” I put a generous amount of ice in the blender along with the other three ingredients, but the consistency seemed too thin. 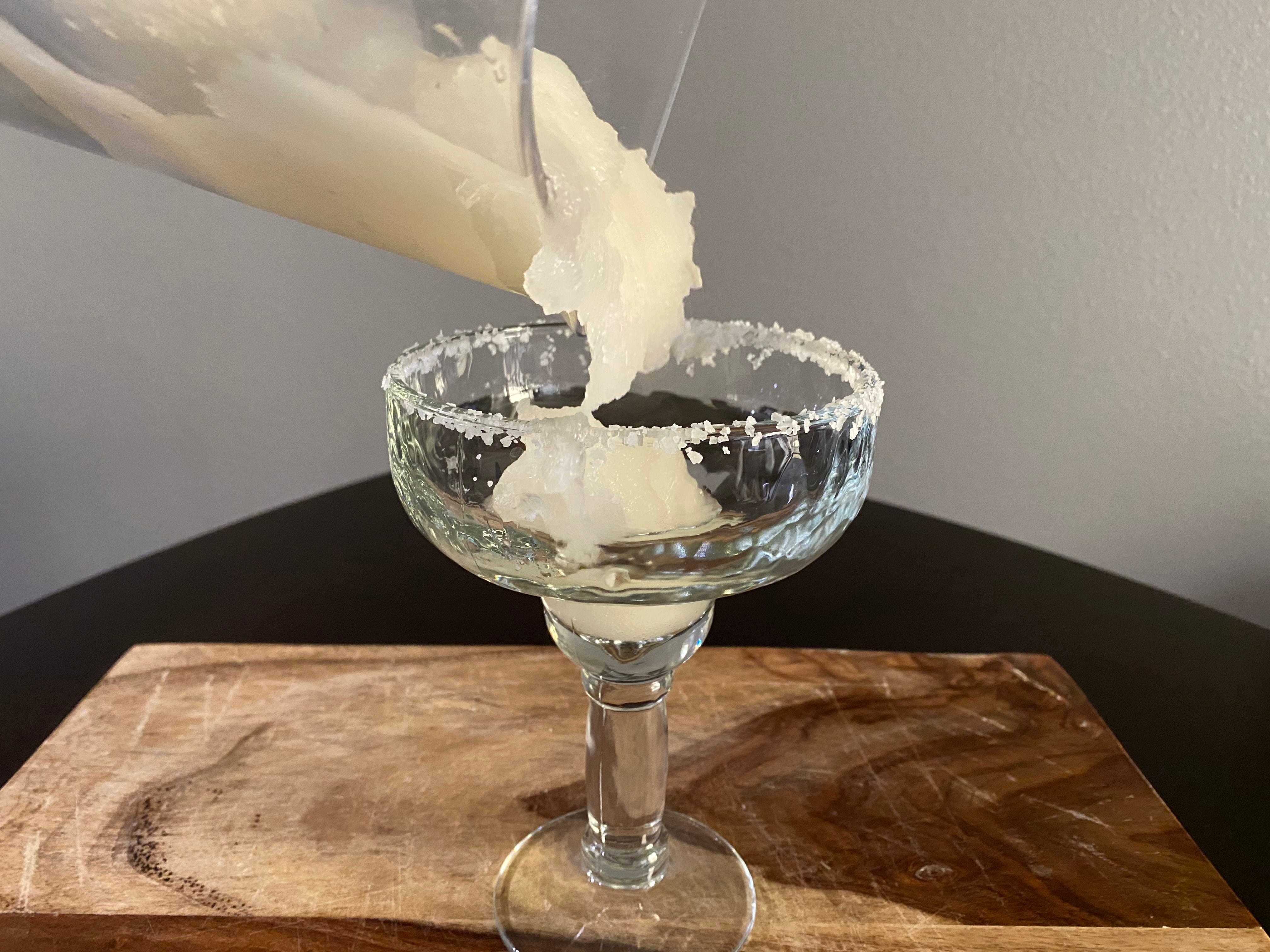 Paige Bennett for InsiderThe margarita ended up a little too thick.

I tried adding more ice, and the consistency did get thicker. But in the end, I made it a tad too thick â€” it was hard to pour into the glass without making a mess.

The margarita ended up pretty watery 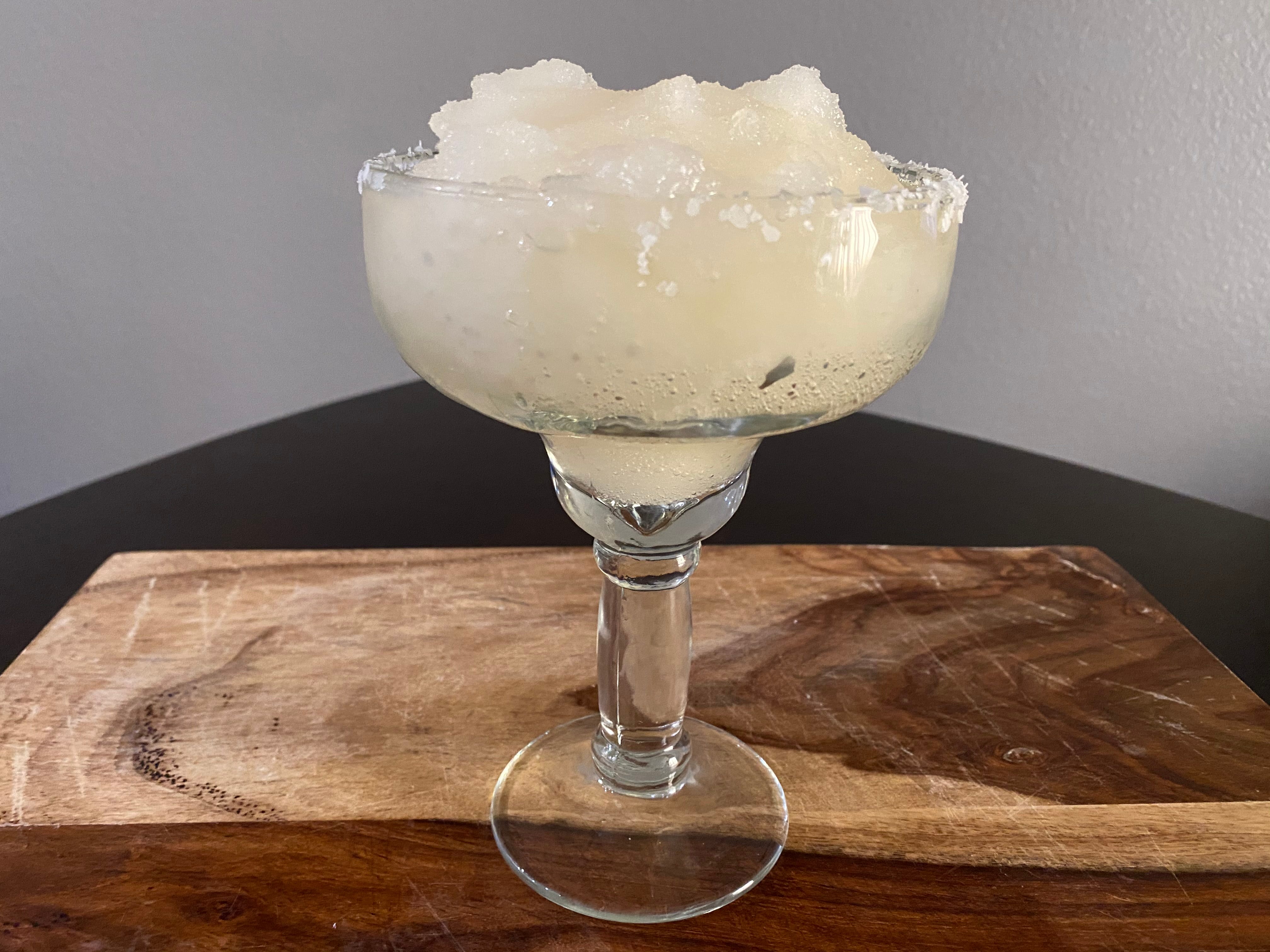 Paige Bennett for InsiderI wouldn’t use as much ice if I made this again.

The icy beverage melted quickly, and because the ice was the most prominent ingredient, the taste was quite diluted. It mostly tasted like water with a hint of lime.

I think the addition of strawberries or even a little bit of simple syrup paired with less ice would make this a better margarita. 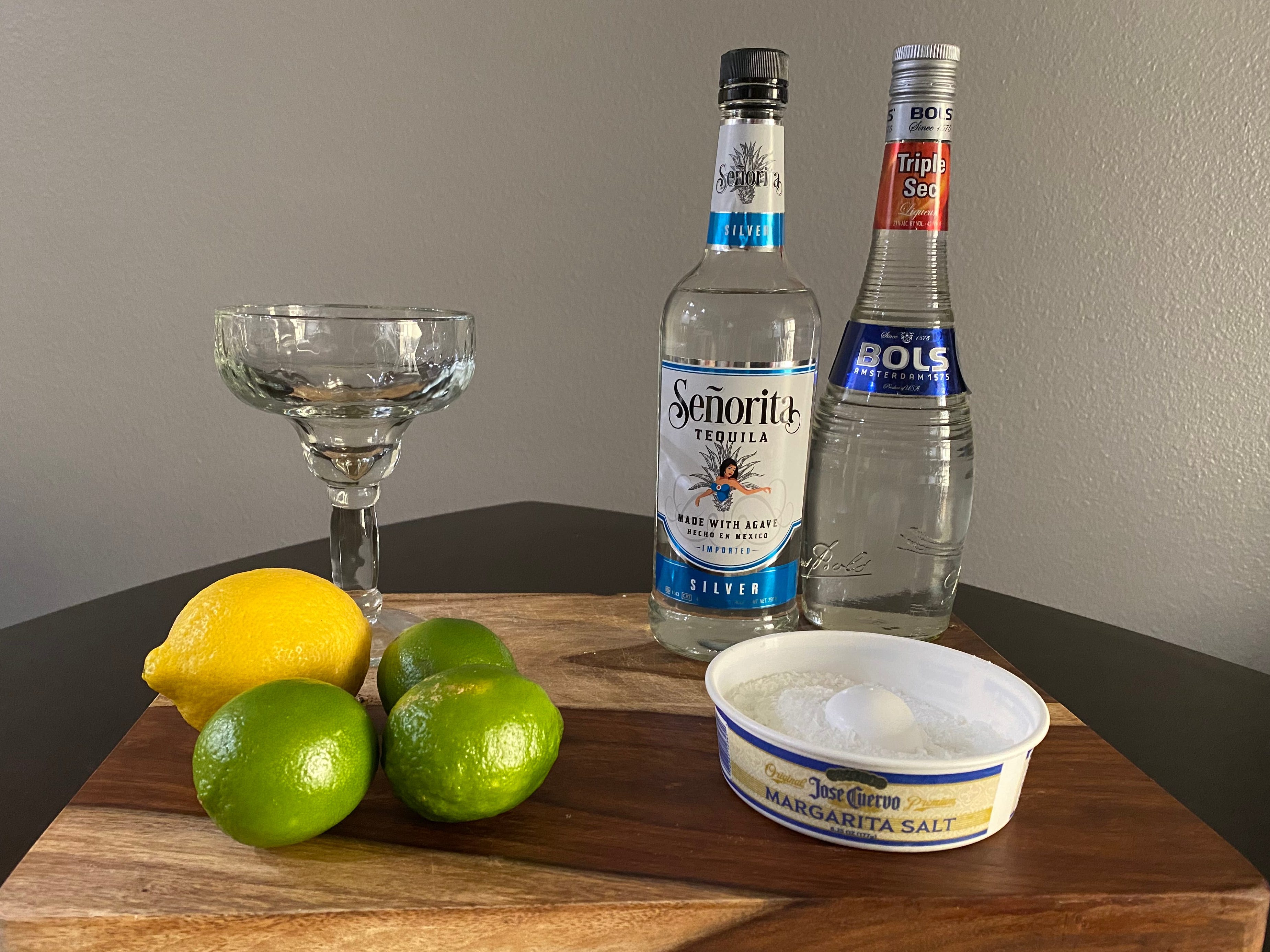 Paige Bennett for InsiderIna Garten doesn’t use a sweetener in her margaritas.

For the most part, Garten’s recipe uses classic ingredients: lime juice, Triple Sec, and tequila. It also includes a splash of lemon juice, but there’s no sweetener in this recipe.

Like many margaritas, this one also calls for salt around the rim of the glass.

There were more steps than I expected 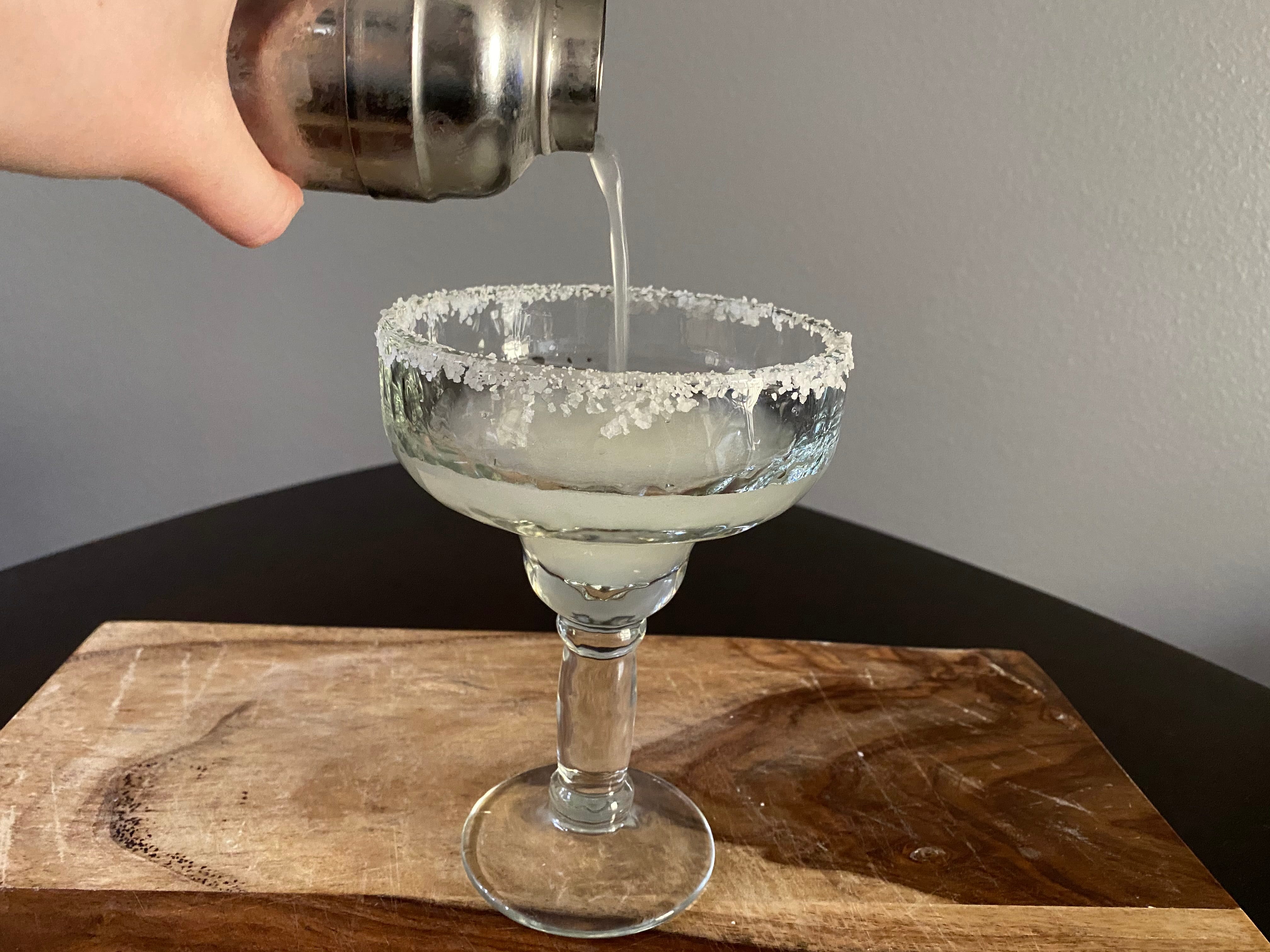 Paige Bennett for InsiderThis margarita took the longest to make.

When I first glanced at the recipe, I assumed this was a simple, blended margarita. But Garten prefers her margarita to first be blended, then added to a shaker with ice.

This seemed like an annoyance at first â€” why not just stick with either blended or shaken? But it turns out this extra step of shaking the blended margarita with ice and straining it into a glass made all the difference.

The margarita was incredibly cold and refreshing 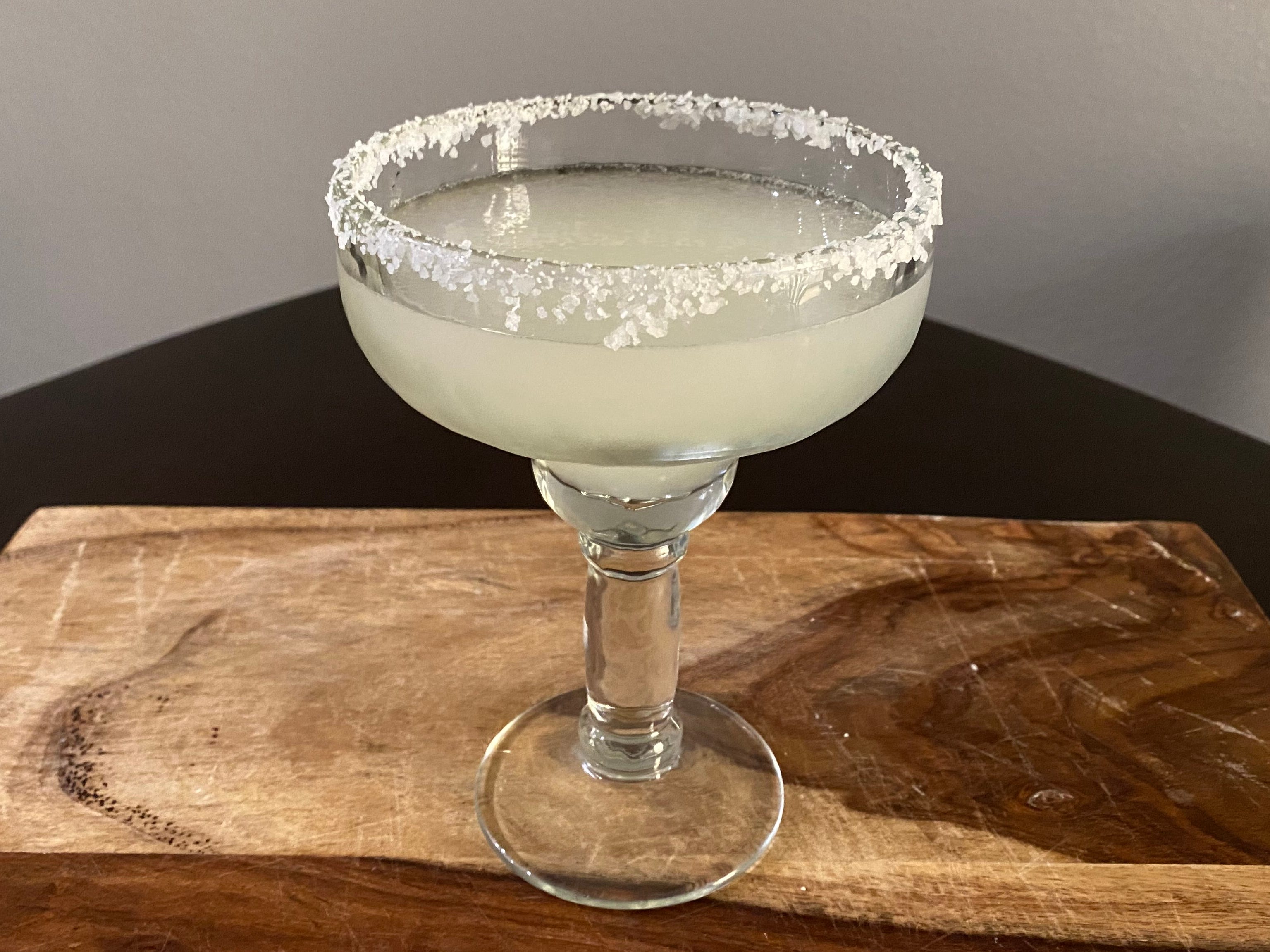 Paige Bennett for InsiderI really liked how cold the margarita was.

This drink came out ice-cold, and the consistency was like a very thin slushy, without the watery taste. The extra-cold temperature made it refreshing, and the citrus flavour came through on top â€” I could barely taste the alcohol.

Even without added sweetness, this tangy drink was delicious.

Zakarian’s recipe is similar to my preferred margarita 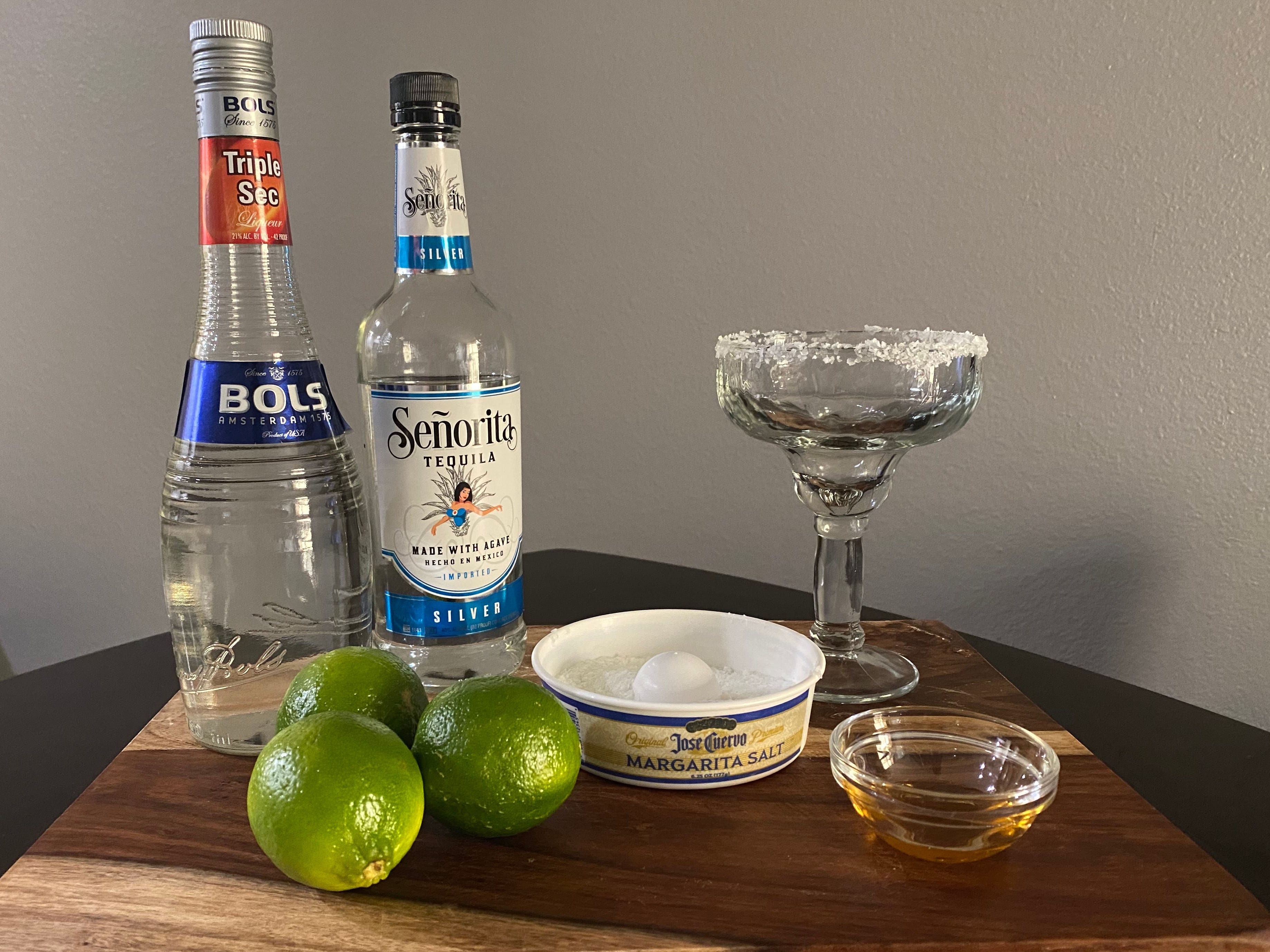 We make margaritas frequently in my apartment, and our recipe is similar to Zakarian’s â€” lime juice, tequila, orange liqueur, and agave syrup â€” so I was excited to give this one a taste.

This margarita came together in no time 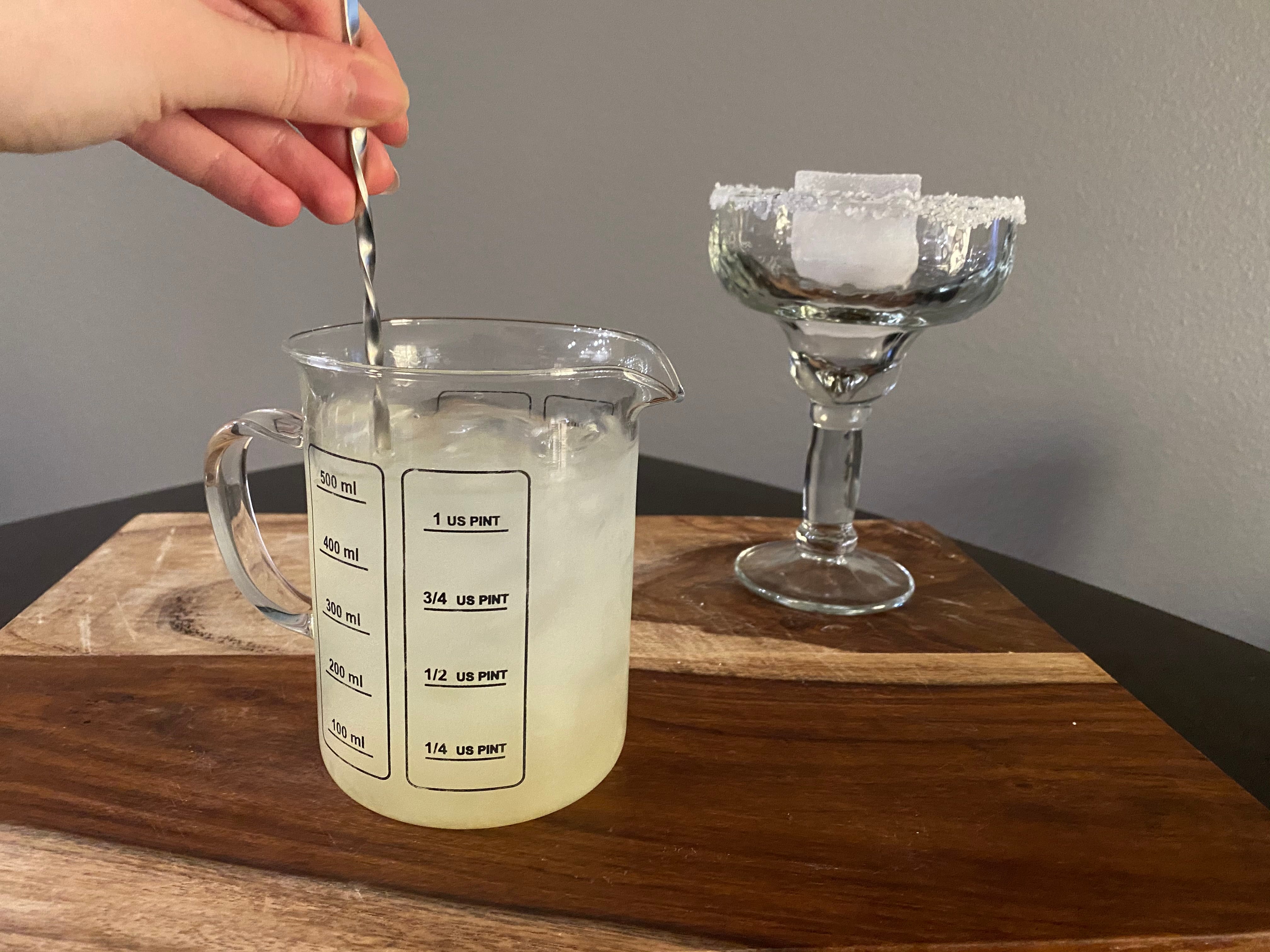 Paige Bennett for InsiderThe recipe called for stirring, but I usually shake my margaritas.

Zakarian’s margarita couldn’t be easier to make. After adding salt to the rim of my glass, I added all of the ingredients into a separate measuring cup and stirred. 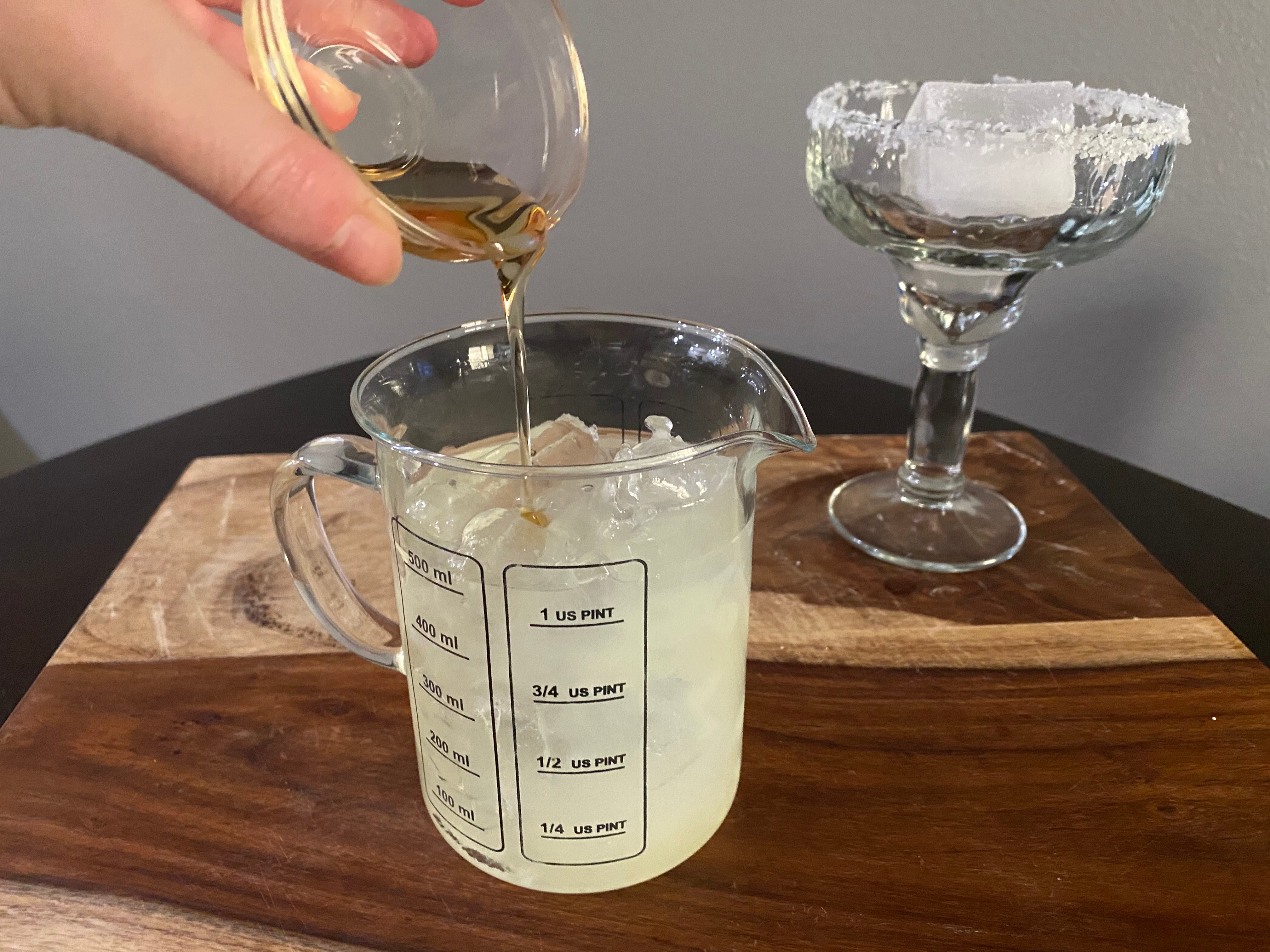 Paige Bennett for InsiderI also like to use a sweetener in my margaritas.

I typically shake my margaritas, and I would have preferred to do that with this margarita because it looked like the agave was settling to the bottom rather than incorporating into the drink.

Still, I was glad it took so little time to throw this cocktail together.

The flavours of citrus, agave, and salt were perfectly balanced 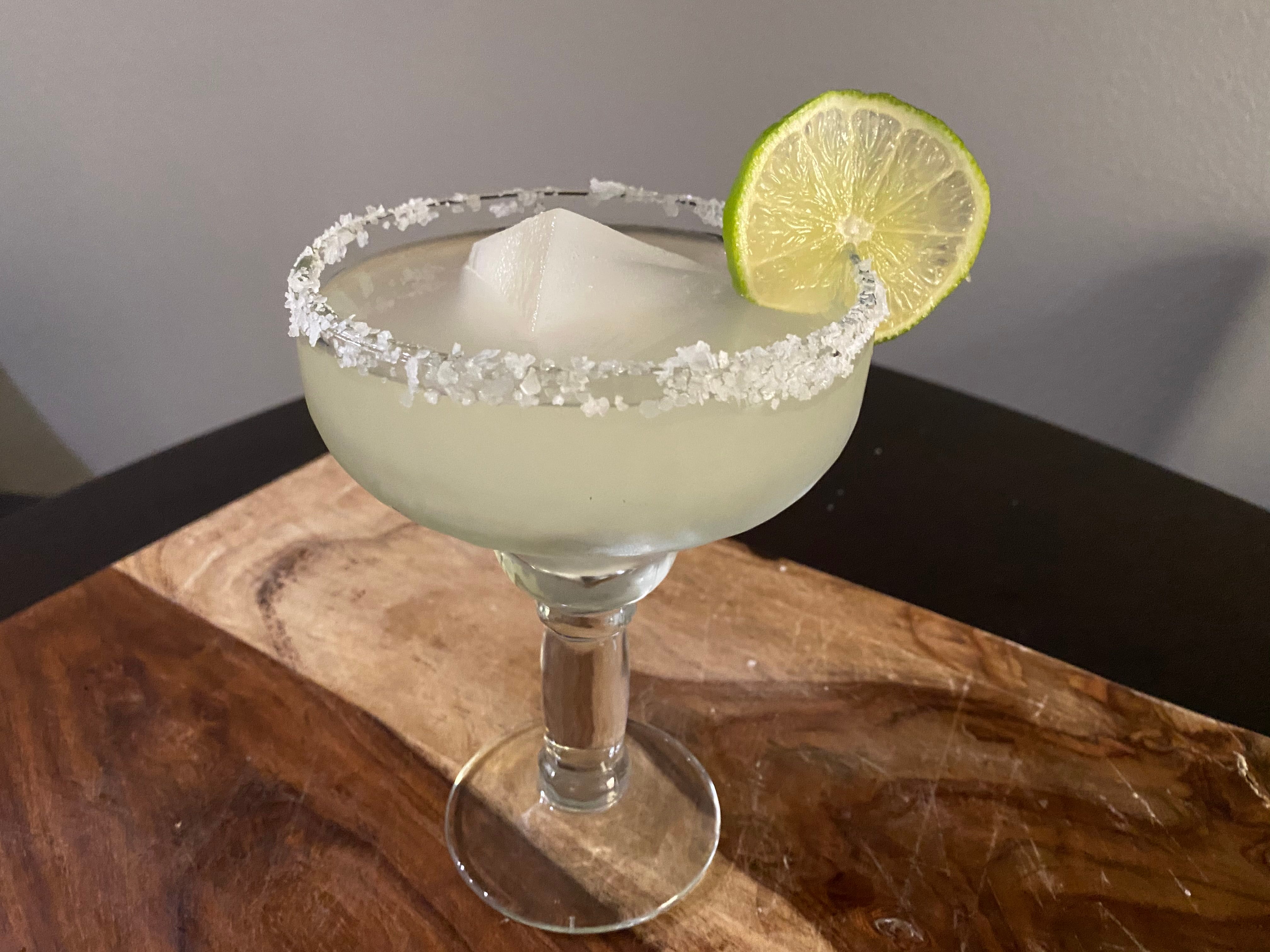 Paige Bennet for InsiderThis recipe was closest to what I usually make at home.

This cocktail was really good. I thought the tartness from the lime juice, the sweetness from the agave, and the saltiness of the rim came together well without any single ingredient overwhelming the drink.

There was a slight bite from the alcohol, but it wasn’t overpowering. 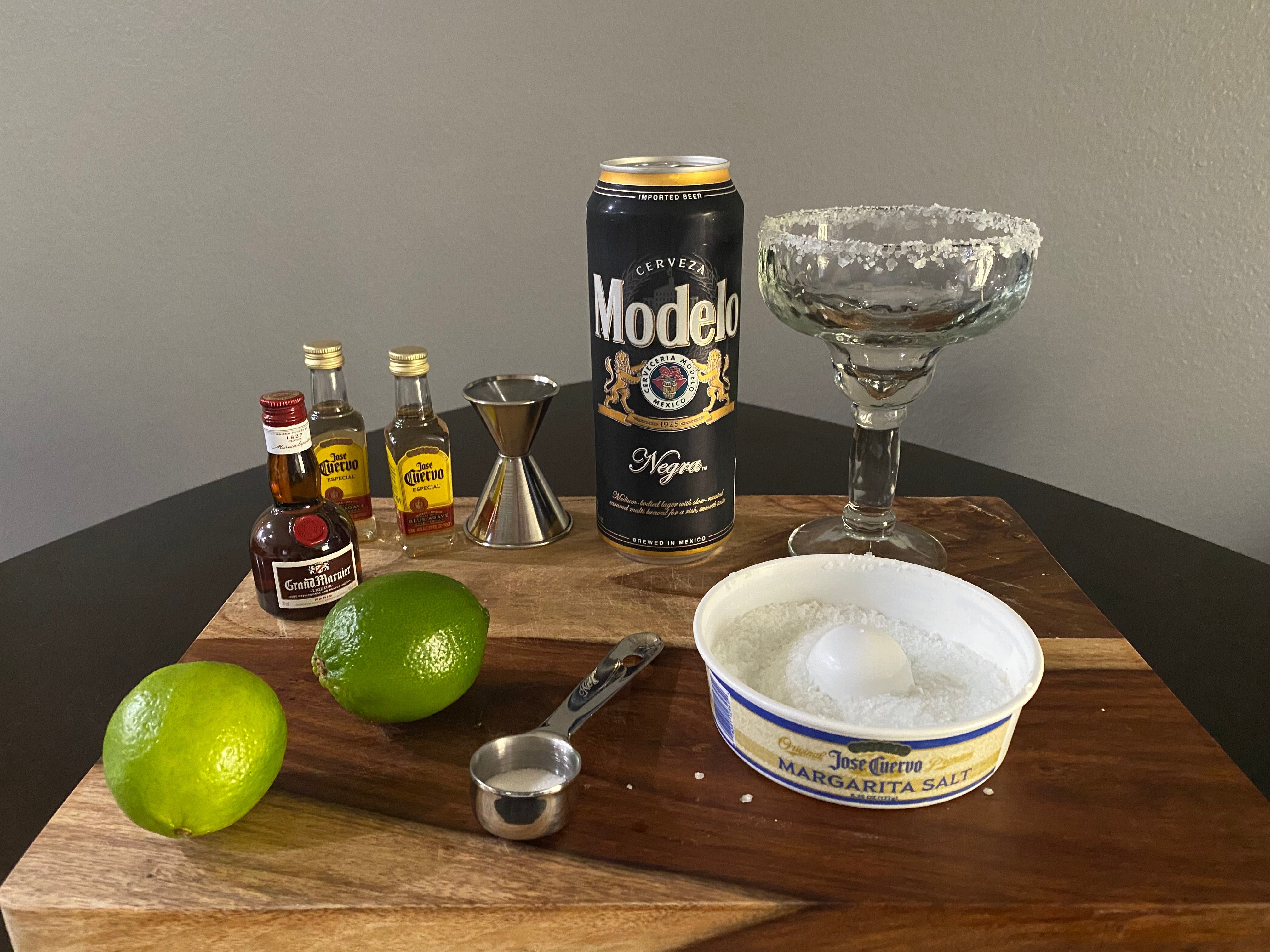 Florence’s margarita recipe lists multiple alcohols: gold tequila, Triple Sec, Grand Marnier, and a lager-style beer. I wasn’t sure how this margarita would turn out, especially with the addition of beer. Paige Bennett for InsiderI wasn’t sure about adding sugar to a margarita.

Florence’s recipe also calls for sugar, rather than simple syrup or agave, so I worried it would have a grainy mouth-feel.

You can make this recipe blended or shaken, so I went with shaken 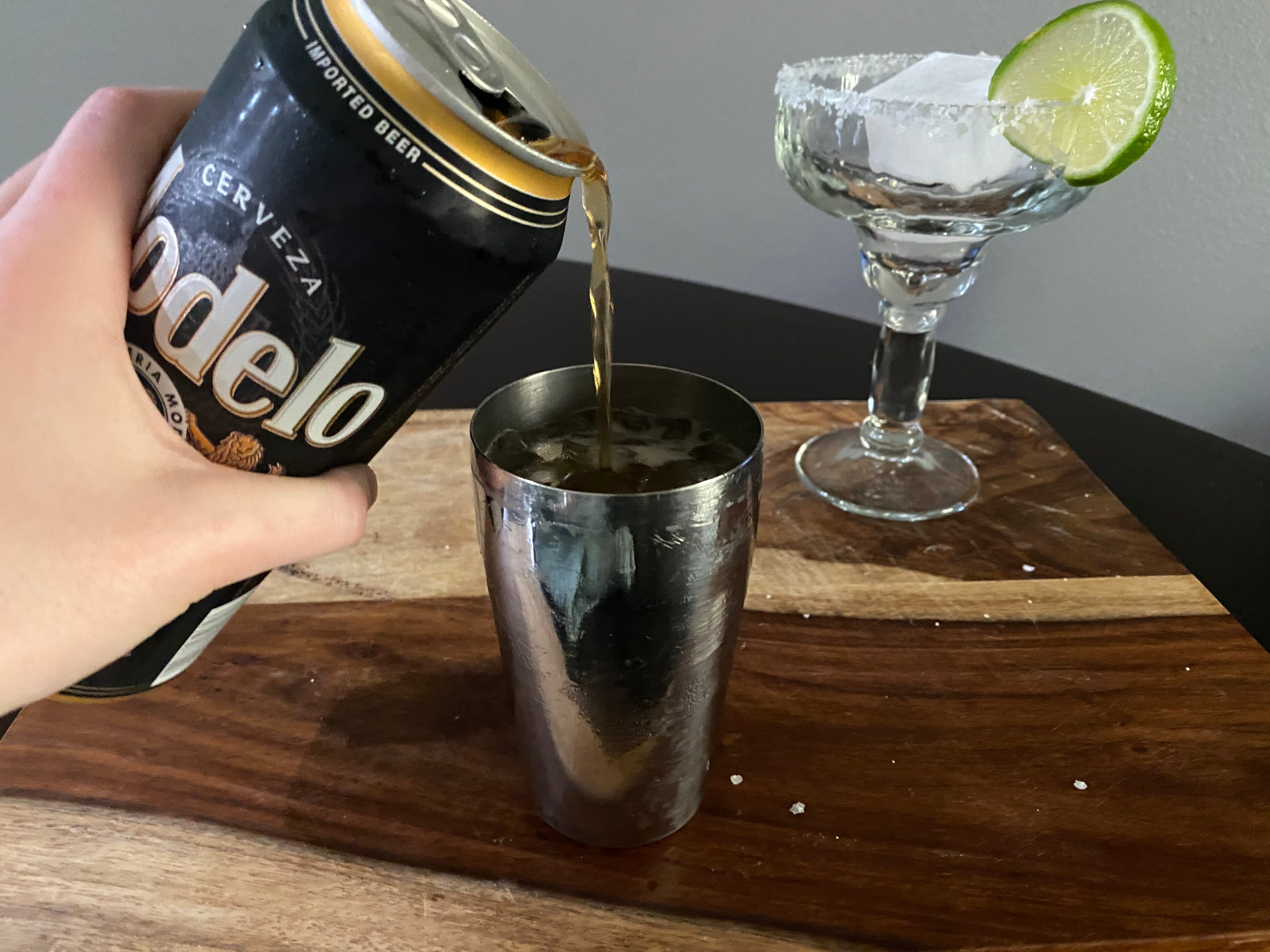 Paige Bennett for InsiderI didn’t enjoy the addition of the beer.

I decided to use my shaker, but this recipe is simple regardless of which way you choose to make it.

I simply added everything but the beer to a shaker with ice, shook it for 20 to 30 seconds, and added a splash of beer. Then I strained the entire concoction into a margarita glass filled with ice.

The drink was unsurprisingly strong 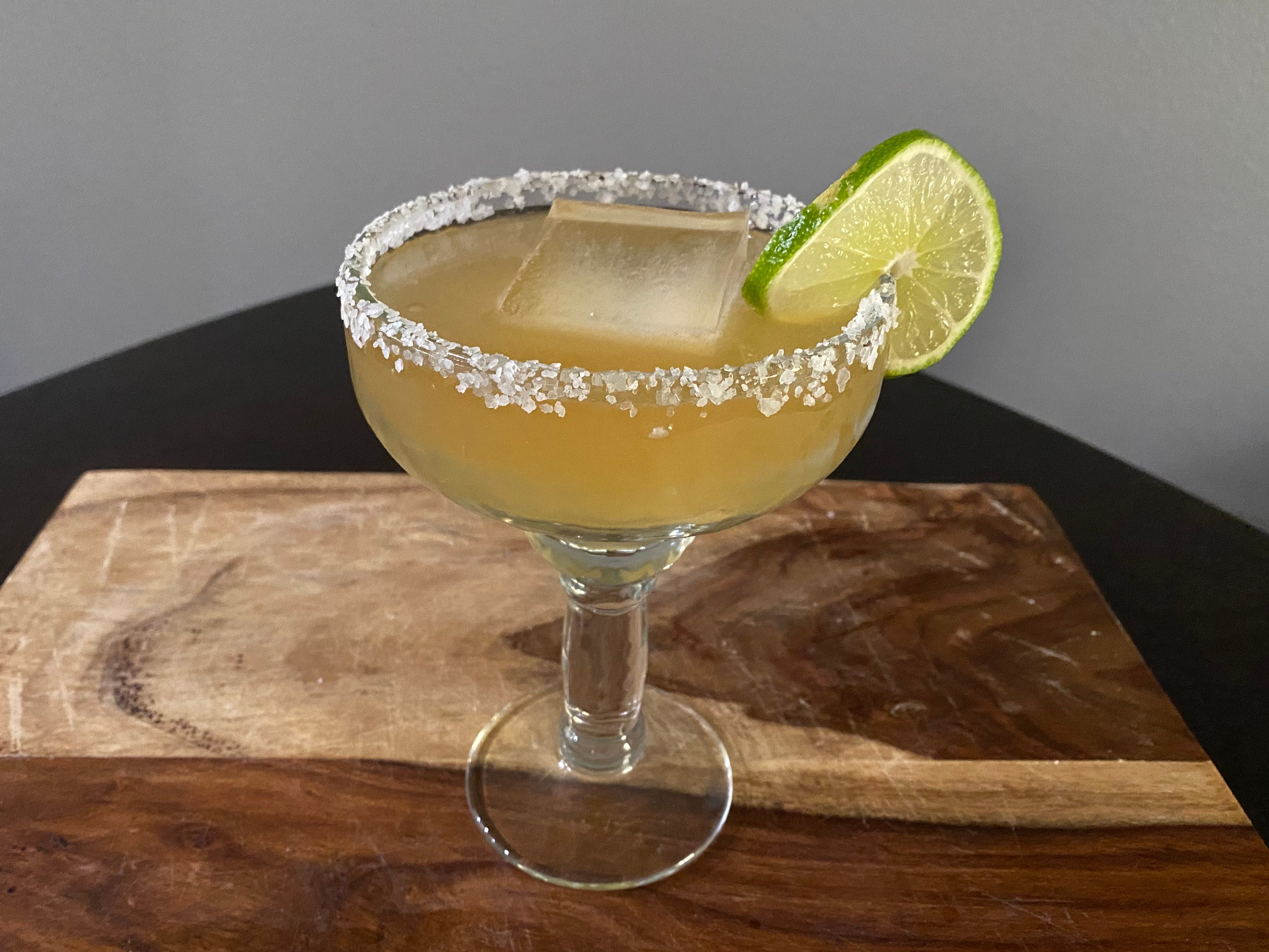 Paige Bennett for InsiderThis margarita tasted the strongest of the four.

With tequila, two types of orange liqueur, and a splash of beer, this margarita tasted strongly of alcohol.

Even though the amount of beer added was minimal, I could really taste it in every sip, and it wasn’t my favourite.

I could see that the sugar had settled to the bottom of my glass, so the drink didn’t benefit from that sweetness like it would if it were made with a liquid sweetener.

Overall, Zakarian’s recipe won me over 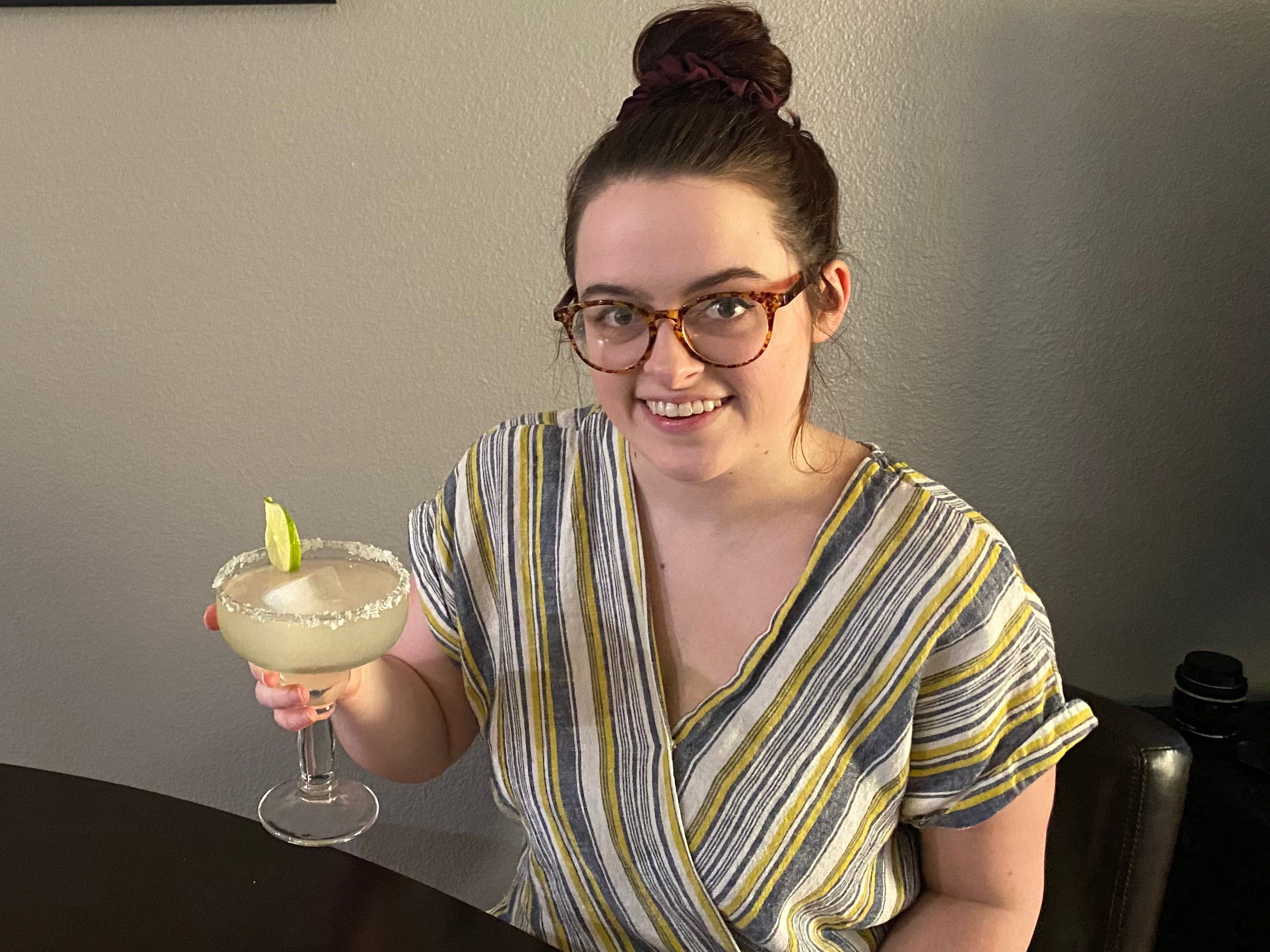 Paige Bennett for InsiderGeoffrey Zakarian’s margarita was my top pick.

Of the four cocktails, I preferred Zakarian’s recipe. It beautifully balanced the flavours of the lime, salt, alcohol, and agave.

If I were to make it again, I’d add a bit more agave and shake it or blend it instead of stirring it, since I think it’d better incorporate the syrup throughout the drink.

Garten’s recipe was a close second. Although it took a bit longer to blend and shake this margarita, it came out ice-cold. Even without a sweetening agent, it was refreshing and delicious.

For Florence’s margarita, I’d likely leave out the beer and swap out the granulated sugar for simple syrup if I were to make it again.

Deen’s basic recipe didn’t quite do it for me, but I think it would be delicious with some frozen strawberries mixed in for natural sweetness.