I have Alice in Wonderland syndrome, a rare neurological condition where everything around me looks dollhouse-sized It would always happen late at night.

I would be lying in bed and gently winding down into sleep. My eyes would begin to feel peculiar, as though they were being squeezed. Suddenly, I would notice that the room around me had begun to appear as if I were looking at it down the wrong end of a telescope.

My bedroom furniture, my posters and ornaments, and the walls looked tiny, as though they were dollhouse-sized. At the same time, I felt huge, like I could reach out and touch the ceiling with my fingertips.

Everything I could see had a warped, fish-eye quality to it. If I turned on my bedroom light, the room would suddenly switch back to normal, but the only other “cure” for this odd phenomenon was falling asleep.

The episodes weren’t scary, but I couldn’t figure out why they were happening or what exactly they were

This happened to me frequently when I was a kid, most often when I was especially tired, ill, or stressed. I didn’t have the words to explain what was happening to me at night, I only knew that it felt unusual and dream-like â€” but I knew that I wasn’t dreaming.

When I told my parents that sometimes at night “everything looked small” they took me to an optician, where I discovered that I needed glasses and my prescription meant that I had a problem with depth perception.

Problem solved, I thought. But the episodes kept happening. 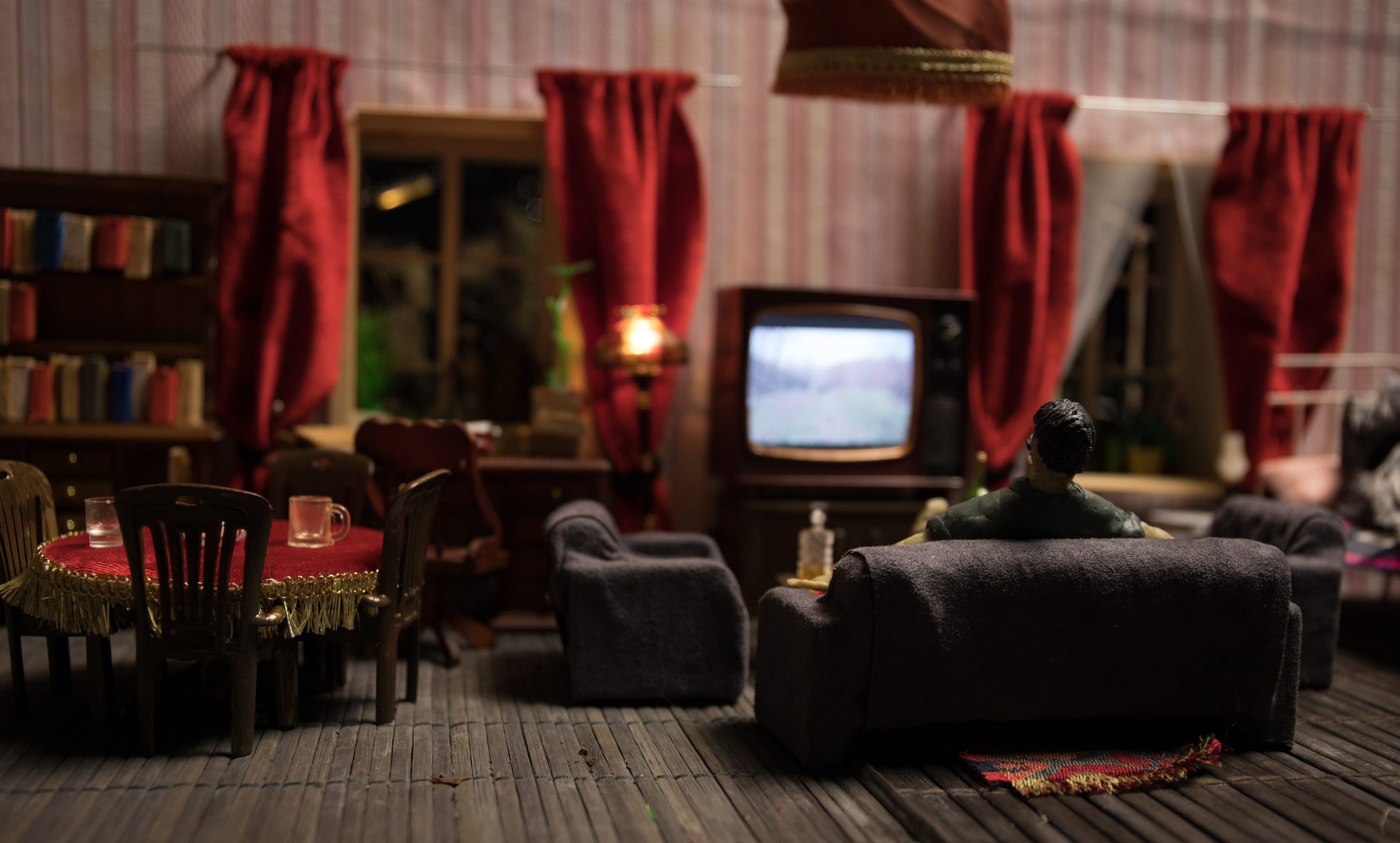 I wasn’t frightened by these episodes where everything around me looked like a reflection in a fun-house mirror. I loved fairy tales, and what I was experiencing didn’t seem odd in the context of magic wands, evil stepmothers, and kids being able to talk to animals.

As I grew older, the episodes became more infrequent and, eventually, I forgot they had ever happened. But recently one night I was lying in bed, feeling tired and stressed, and I felt the same familiar tightening around my temples.

Suddenly, the room around me shrunk to dollhouse proportions.

Amazed, I stretched out my seemingly giant hand and felt as though I could easily touch the far-off wall opposite my bed.

Eventually, I found an answer that led to even more questions

Later that same week, I happened to discover a New York Times article that finally had an explanation, a name, and a diagnosis for what was happening to me â€” I had Alice in Wonderland syndrome.

Some people who experience this perceive their own body parts as being larger or smaller than in reality, and the whole episode can be accompanied by a sense of derealization (feeling like things around you aren’t real) and depersonalization (feeling detached from your own body or mind).

It’s sort of similar to what Alice experienced when she ate the mushroom in Lewis Carroll’s famous book “Alice’s Adventures in Wonderland” and altered the size of her body â€” hence the name of the syndrome.

The syndrome has been linked to migraines, epilepsy, strokes, head trauma, infections, drugs, and stress â€” but it’s not known to be dangerous.

It’s also not yet clear what causes the illusions and distortions, although it’s not believed to be a hallucination or an eyesight problem. 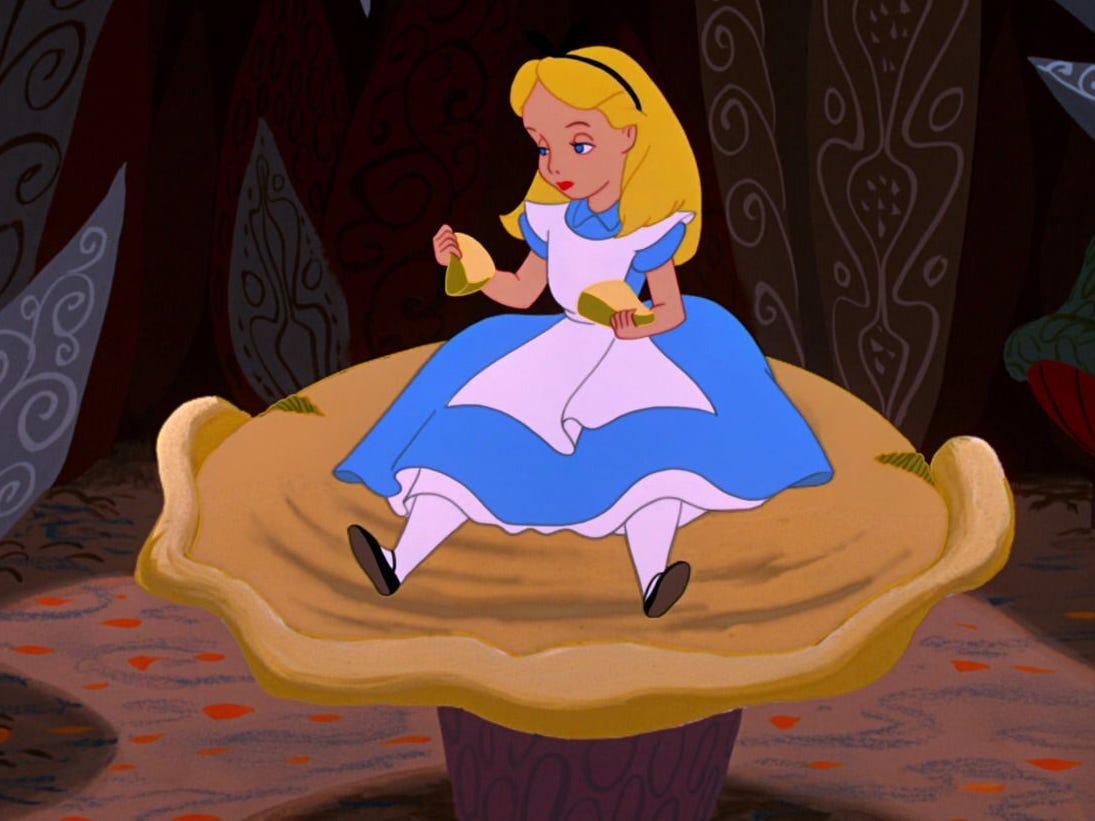 DisneyAlice and the mushroom pieces in ‘Alice in Wonderland’ (1951).

Some who have studied this under-researched syndrome believe it’s caused by changes in the portion of the brain that processes how we see our environment, possibly because of electrical activity which causes abnormal blood flow to that area.

Some doctors also believe it to be a type of migraine aura, which are sensory disturbances that can sometimes alter one’s vision just before a migraine.

Dr. Grant Liu, a pediatric neuro-ophthalmologist at the Children’s Hospital of Philadelphia, said he’s seen a lot of patients with “odd complaints” over the years.

“Kids complain of seeing things that are too small, too large, too close, and too far away,” he told Insider.

A few years ago, he conducted a study into Alice in Wonderland syndrome where he examined and spoke to 48 patients who experienced symptoms between 1993 and 2013.

He was able to link 33% of cases of the syndrome to exposure to infections (such as the flu), 6% to head trauma, and 6% to migraines. But in 52% of the cases, no cause was found.

His research also found that although the syndrome typically affects young children, it continued until later in life for about a third of patients he studied. 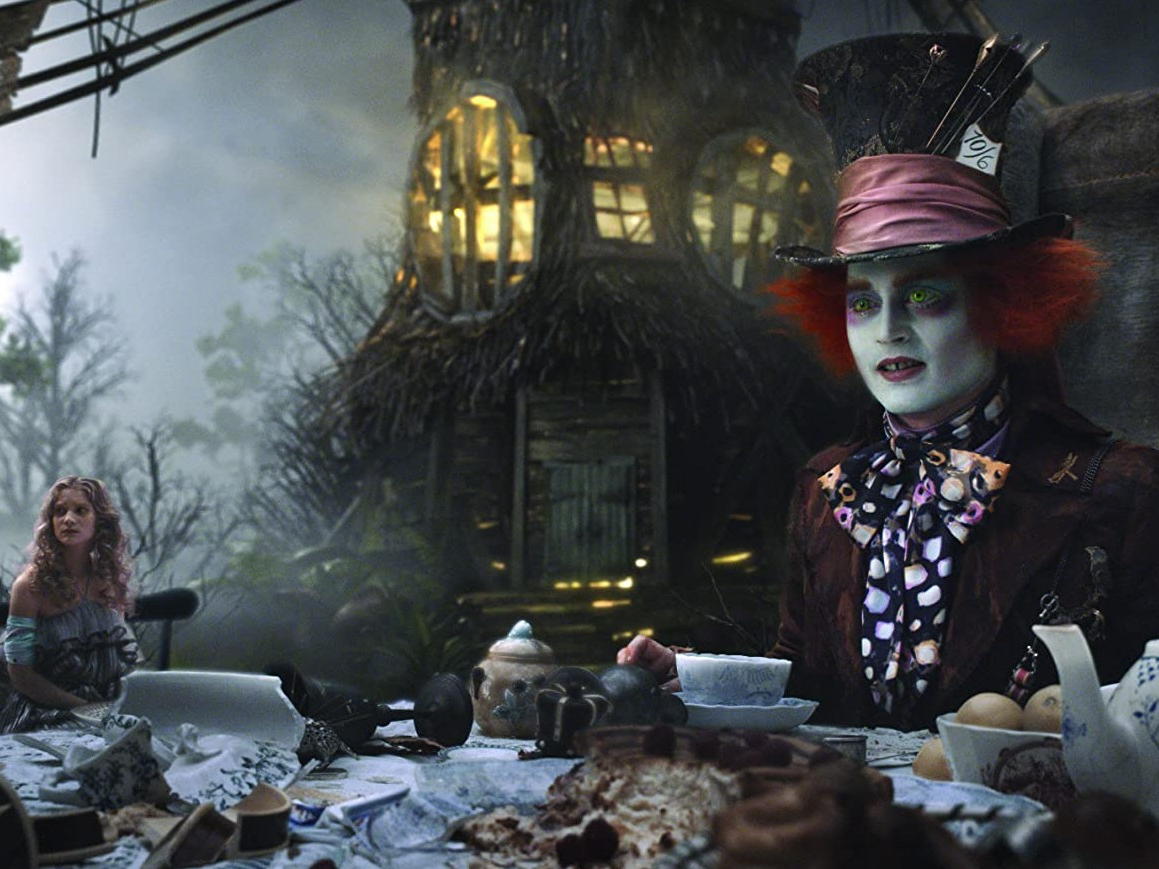 Walt Disney StudiosMiniature Alice and the Mad Hatter in ‘Alice in Wonderland’ (2010).

But Dr. Liu said he was most fascinated by the familial link he’s seen with the syndrome, which makes him think that it could be more common than people think.

“For the study, we called families to follow up five to 15 years after diagnosing their children with Alice in Wonderland syndrome,” he told Insider. “During those phone calls, lots of parents admitted that they too had experienced symptoms as children â€” but when they were in the exam room, they were too embarrassed to admit it.”

Although Dr. Liu said people experiencing Alice in Wonderland syndrome should see a specialist, as it can be a manifestation of a seizure or a migraine, he was quick to assure me that “there’s no treatment necessary, it’s really just reassurance.”

People are less lonely when they embrace uncertainty and feel empathy, a study found