I tried to kick my soda cravings with a 30-day soda detox, and by the end I didn't even miss it iStockI (not pictured) tried to stop drinking soda for 30 days.

Growing up, I always treated soda like an occasional treat that was to be enjoyed with particular foods, like greasy pizza and buttery popcorn. Soda was always accessible to me – my mother never banned it from the house or told me not to drink it.

As I got older I just began pairing soda with most junk foods, similar to how I would pair red wine with most pasta dishes. I didn’t drink soda every single day, but I never really restrained myself whenever I was craving a soda.

But for the past year or so, I’ve felt an unshakable desire to drink soda more often. To try to kick this almost-daily craving, I decide to go an entire month without the carbonated stuff.

After just a few days, I almost gave in to my soda cravings To make life a little bit easier during this 30-day trial, I spoke with Monica Reinagel, a licensed nutritionist and creator of the Nutrition Diva podcast, about how I would be better able to eliminate the drink from my diet.

Reinagel said if you’re looking for a way to satisfy soda cravings without drinking the stuff, she recommends drinking plain, carbonated water (seltzer) with a squeeze of citrus, like lemon, or a splash of cranberry juice or pomegranate juice.

So, with her advice in mind, I began my 30-day challenge. It didn’t get off to a great start, especially since I don’t like seltzer. I also struggled to avoid drinking soda when I discovered my office had a few free cans of this fruit-flavored soda that was my favourite drink when I was a child. Remembering how much I loved the grapefruit-flavored soda, I instinctively grabbed a can.

But then I remembered that I was giving up soda in the name of journalism, so I ended up leaving the drink on the corner of my desk while I longingly stared at it throughout the day. 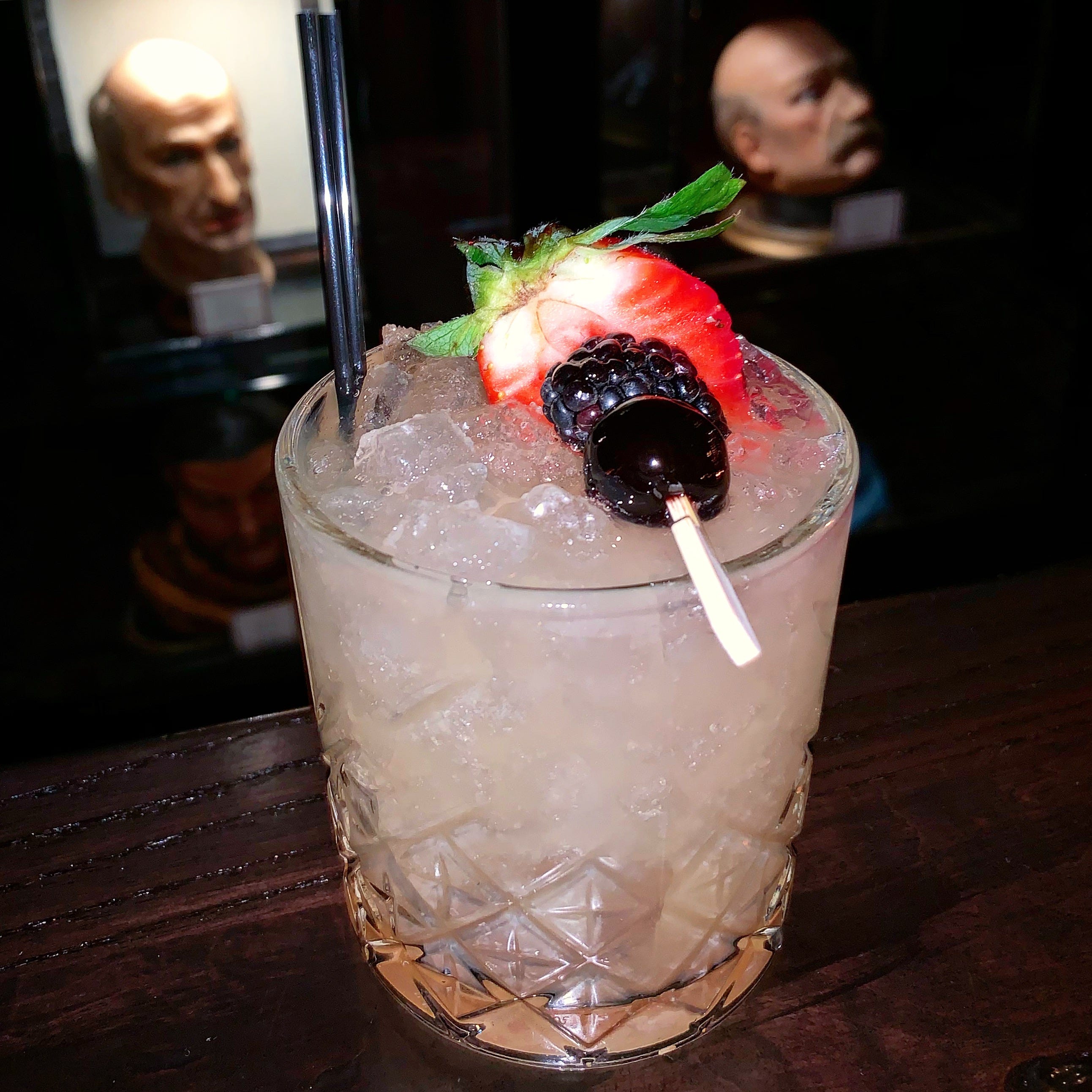 Marilyn La JeunesseIt was a bit tough for me to order a cocktail that didn’t contain soda.

Since this week consisted of a lot of social obligations and late-night takeout orders, I found myself struggling to deal with a lot of soda cravings.

At one press event I attended this week, I ate a few bags of potato chips, which gave me a strong craving for soda. It took a lot of will-power to not pair the salty snack with a whiskey and cola or even a vodka soda.

I also struggled not to order soda when I was at a work-related meeting at a bar. I had to vet the menu beforehand and ask the waiter several times to confirm that there was no soda in the cocktail I ended up ordering.

Things didn’t get much easier at the end of the week. My at-home movie night involved pizza, which made my craving for soda so strong that I almost gave in. It was tough knowing there was a perfectly chilled can of soda in my fridge that I wasn’t able to consume.

In order to satisfy my craving for a fizzy drink, I decided to try sipping a can of sparkling water. I ended up taking one sip before throwing it out. It wasn’t going to work for me – in my opinion, strawberry-flavored fizzy water is just not an adequate substitute for soda.

The third week of my 30-day challenge went quite smoothly

Fortunately, my cravings were under control this week and there were no moments when I almost gave in to temptation.

I attribute my lack of cravings to the fact that I drank ready-made, cold-pressed juices with my lunch almost every day this week. Since these juices are naturally sweetened, they seemed to have curbed my cravings for sugary drinks.

This week, I also made a few smoothies for breakfast and dessert to further eliminate my desire to consume liquefied sugar. And although I didn’t drink soda this week, it sure felt like I was consuming more sugary drinks than usual, even if they were naturally sweetened.

One of the toughest parts of the third week was when I was trying to figure out if I could drink ginger beer or not. Some of my friends said ginger beer technically is a soda because it is carbonated – but by that same logic, seltzer and beer would sort of also be considered soda, which didn’t quite make sense to me either.

With no real, satisfying answer, I ultimately decided ginger beer was not a soda and I mixed it with gin and lime juice for my own version of a delicious, soda-free cocktail.

By the last week of the challenge, my soda cravings were gone 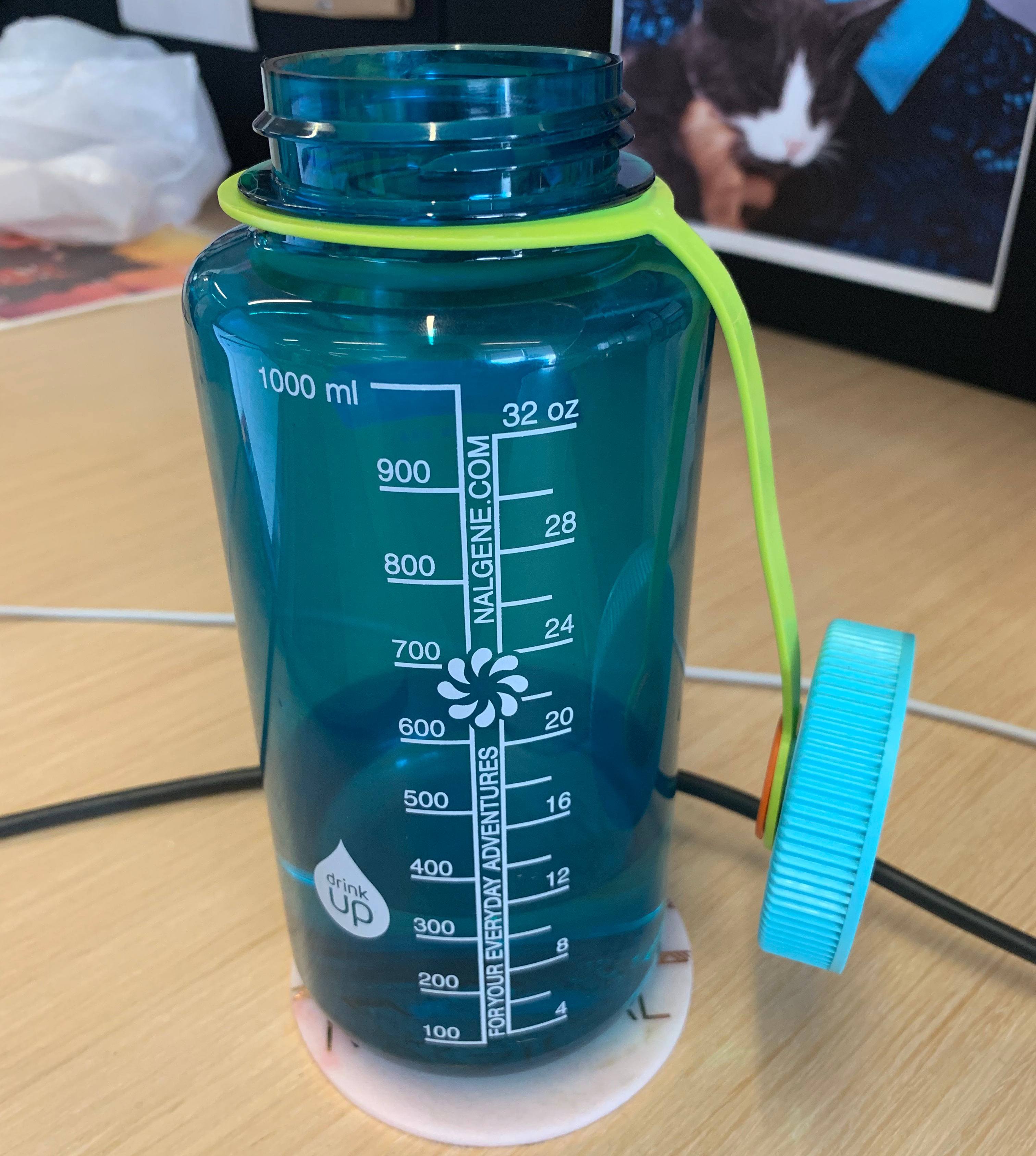 Marilyn La JeunesseI made sure to keep my water bottle with me this week.

Equipped with my 32-ounce water bottle and an array of organic, cold-pressed juices, I hardly realised that I was doing the no-soda challenge at all.

Since my cravings had essentially vanished, I actually continued the no-soda challenge for an extra week.

Overall, I thought this no-soda challenge was relatively easy to complete – but it might be because I’m not someone who really ever drank soda on a daily basis

For me, the hardest part of the entire month was the fact that I was actively thinking about something I couldn’t have. At first, not being able to have soda almost made me feel like I was craving it more.

To be fair, I feel like the challenge was probably a bit easier for me because I’m not someone who used to drink soda every single day. Before this challenge, I had really only consumed one or two sodas per week even though I craved it somewhat often.

That being said, if you’re someone who consumes soda on a regular basis and you want to cut back or quit drinking it altogether, you may not want to quit cold turkey as I did. Reinagel said the best way to wean yourself off the sugar-filled drinks is to do so gradually, especially if the soda you’re drinking is caffeinated.

10 of the best sodas from around the world