'I beat the socialist': Biden reminds voters 'worried about socialism' that he won the party nomination, not Bernie Sanders 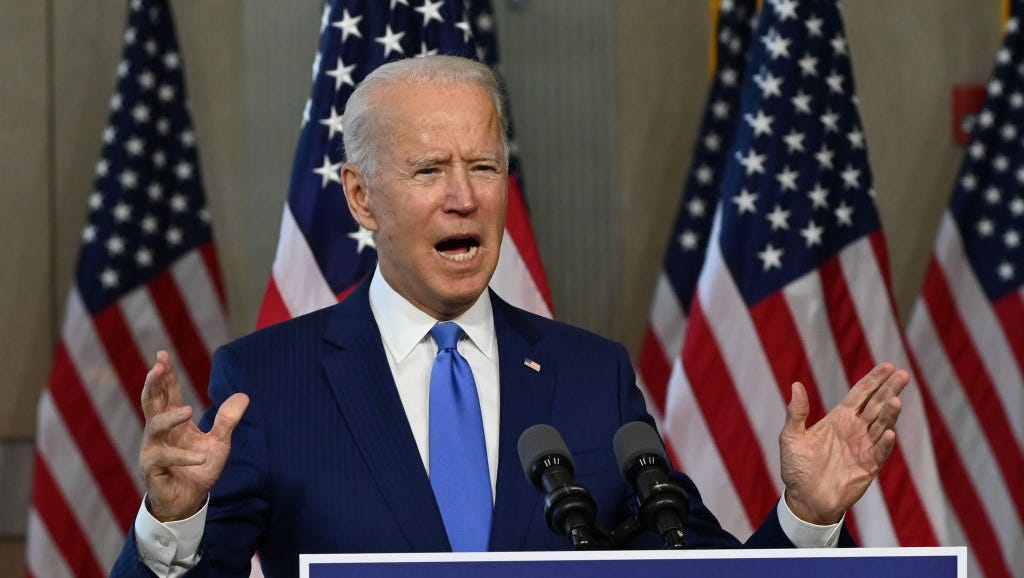 Democratic presidential nominee Joe Biden aimed to assuage voter concerns about socialism by flatly pointing to his recent primary win during an interview on Monday.

The former vice president was referring to his victory over former 2020 Democratic rival Sen. Bernie Sanders for the party nomination earlier this year. A self-declared “Democratic socialist,” Sanders is a staunch believer in the government playing a role to provide services to the public, including education and health care, but his thinking differs from “socialists” who generally believe the government should have total control over the economy.

After Sanders dropped out of the race, he endorsed Biden and worked with him to adopt some progressive policies under his platform, such as ensuring wealthy Americans and large corporations pay a fair amount in taxes.

Biden repeated an iteration of that proposal during the interview, claiming that President Donald Trump’s promised tax cuts will result in a billionaire “paying less percentage of his taxes than you pay in your job and that’s not right.”

He later clarified his positions to voters “worried about socialism” and higher taxes, “what we’re going to do is make sure that we make people begin to pay their fair share,” he said. “I’m not trying to punish anybody.”

“I promise â€” I’ve never broken my word â€” anyone making less than $US400,000 will not see one single penny in their tax raised,” he added.

The Trump campaign has repeatedly attempted to characterise Biden as a “radical socialist” and made similar accusations about his running mate, Sen. Kamala Harris.

Over the past few days, Trump escalated the assertions during campaign rallies in Ohio and North Carolina, professing that the country would descend into communism should Biden become elected.

Recent polling suggests the line of attack has not swayed voters, who say that Biden is the more moderate candidate than Trump.

Still, Biden has continuously shut down the claims and defended his policies.

“You know me. You know my heart. You know my story,” he said last month. “Ask yourself: Do I look like a radical socialist with a soft spot for rioters? Really? I want a safe America.”