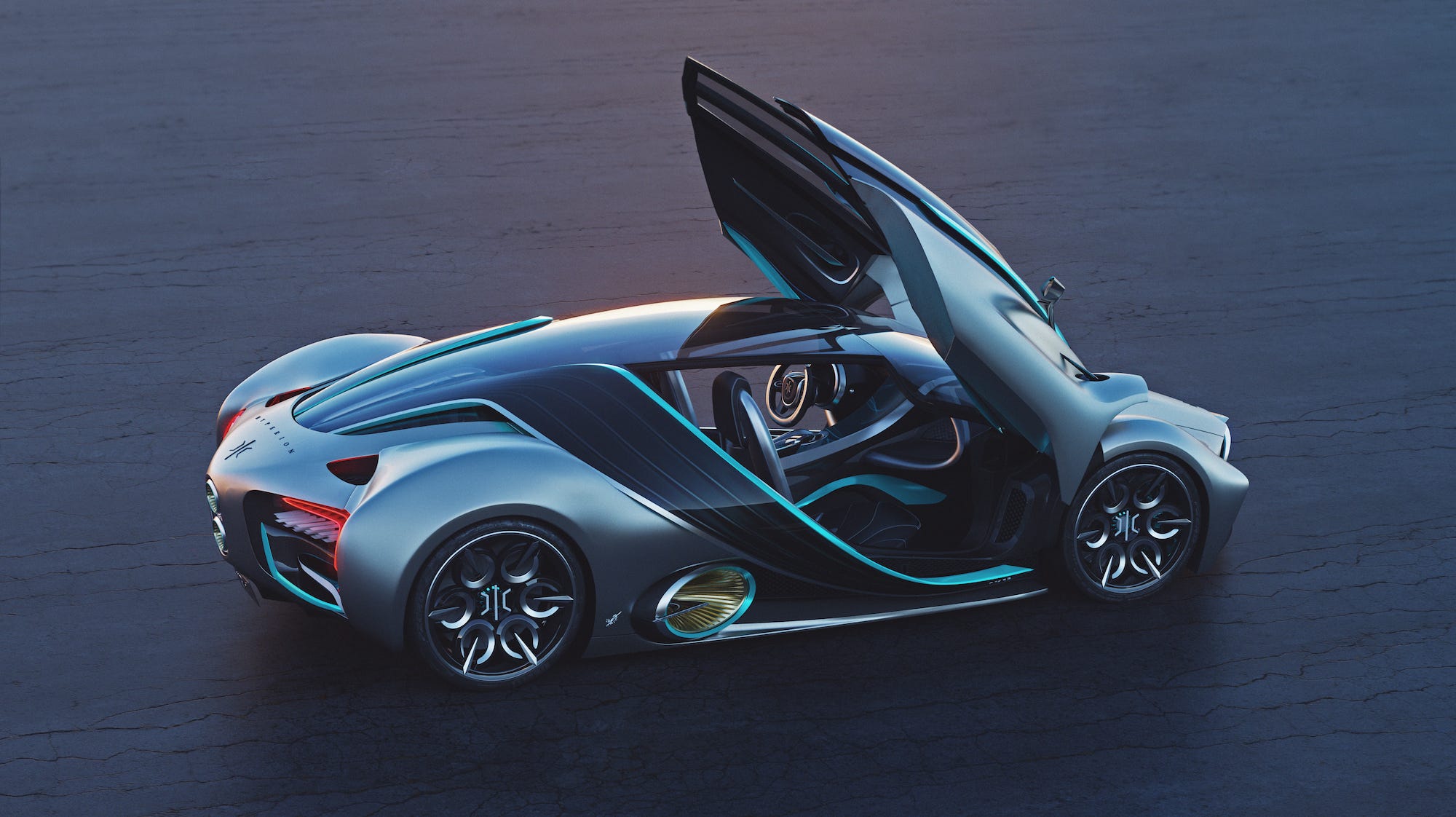 Brand-new hypercars are having a moment. Hot on the heels of McLaren F1 designer Gordon Murray pulling the cover of his T.50, California-based startup Hyperion on Wednesday revealed its wildly exotic XP-1. But what really sets the XP-1 apart isn’t its wild looks or solar plexus-punching specs. It’s the fact that it’s powered by hydrogen.

The XP-1 and the T.50 represent opposite ends of the hypercar universe. The T.50 has a 654-horsepower Cosworth V12 and a stripped-down ethos. Some might even call it a throwback, but for the inclusion of an innovative fan at the stern that assists in aerodynamics.

The XP-1 is Buck Rogers meets Horacio Pagani. It weighs in at a mere 2,275 pounds and is powered by something called a “proton exchange membrane” fuel cell power module, which uses hydrogen to produce electricity. The tech is NASA-grade – hydrogen fuel cells have long provided power for space voyages, thanks to their lightweight nature.

The XP-1’s specs are as stunning as its aesthetics. Just 300 are slated for production by 2022, at an as-yet-undisclosed-but-undoubtedly-mortgage-inducing price.

Let’s take a closer look at the Hyperion XP-1:

The Hyperion XP-1 is technically an electric hypercar: It uses hydrogen to generate electricity from its fuel cell. The company says the range is 1,016 miles on a tank, with a 0-60mph time of under 2.2 seconds and a 221-mph top speed.

The upswinging doors, inspired by the ancient “Victory of Samothrace” sculpture, are dramatic, but they might not be the most spectacular aspect of the vehicle, which is crafted from carbon composite, titanium, Kevlar, and aluminium. It even has solar panels!

Rubber does have to meet the road, so some components are more familiar, such as the Pirelli P-Zero tires and carbon-ceramic brakes. 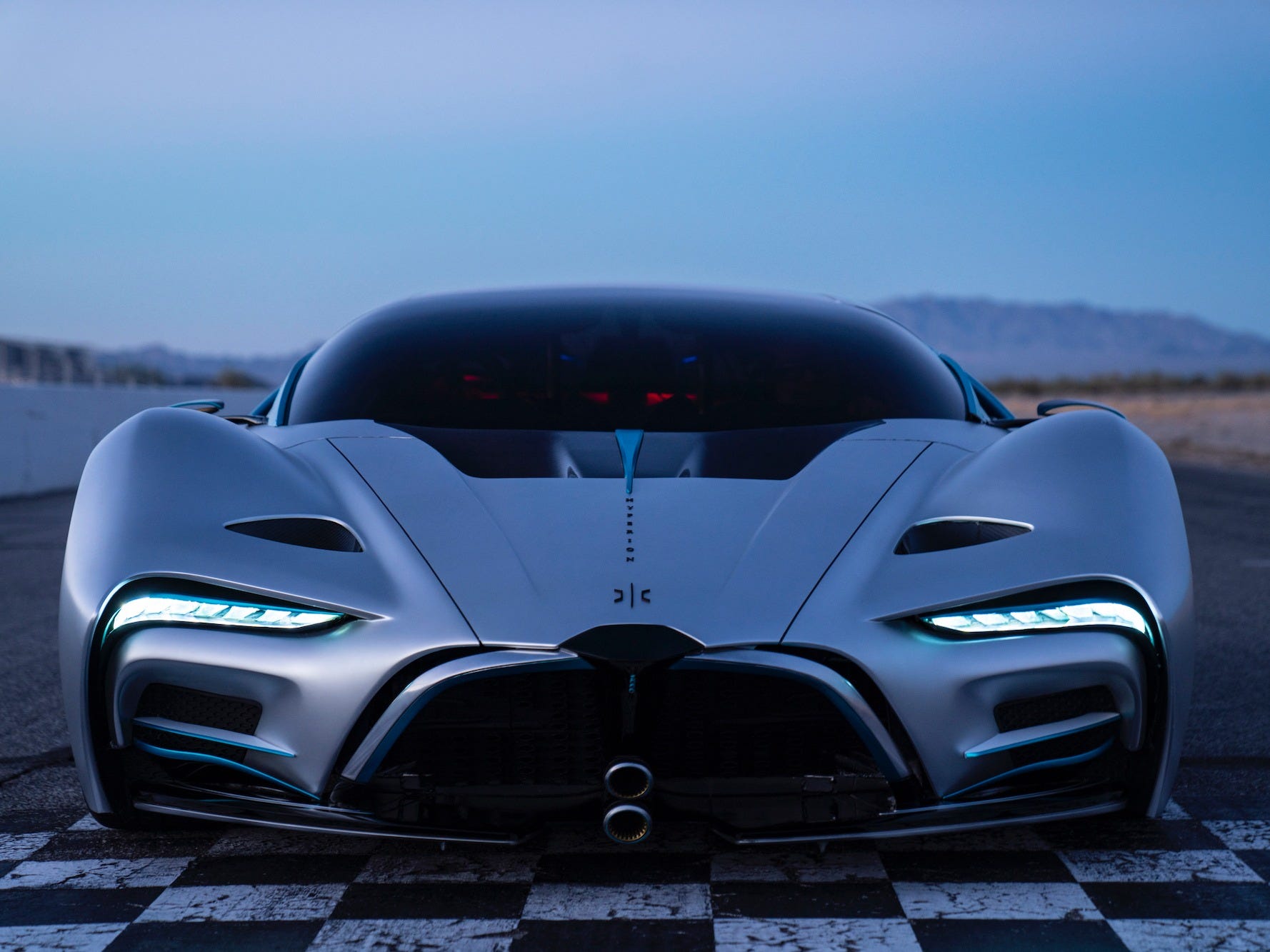 Hyperion says the interior features a gigantic, 98-inch interface screen, and there’s also a 134-inch glass canopy that can be dimmed. 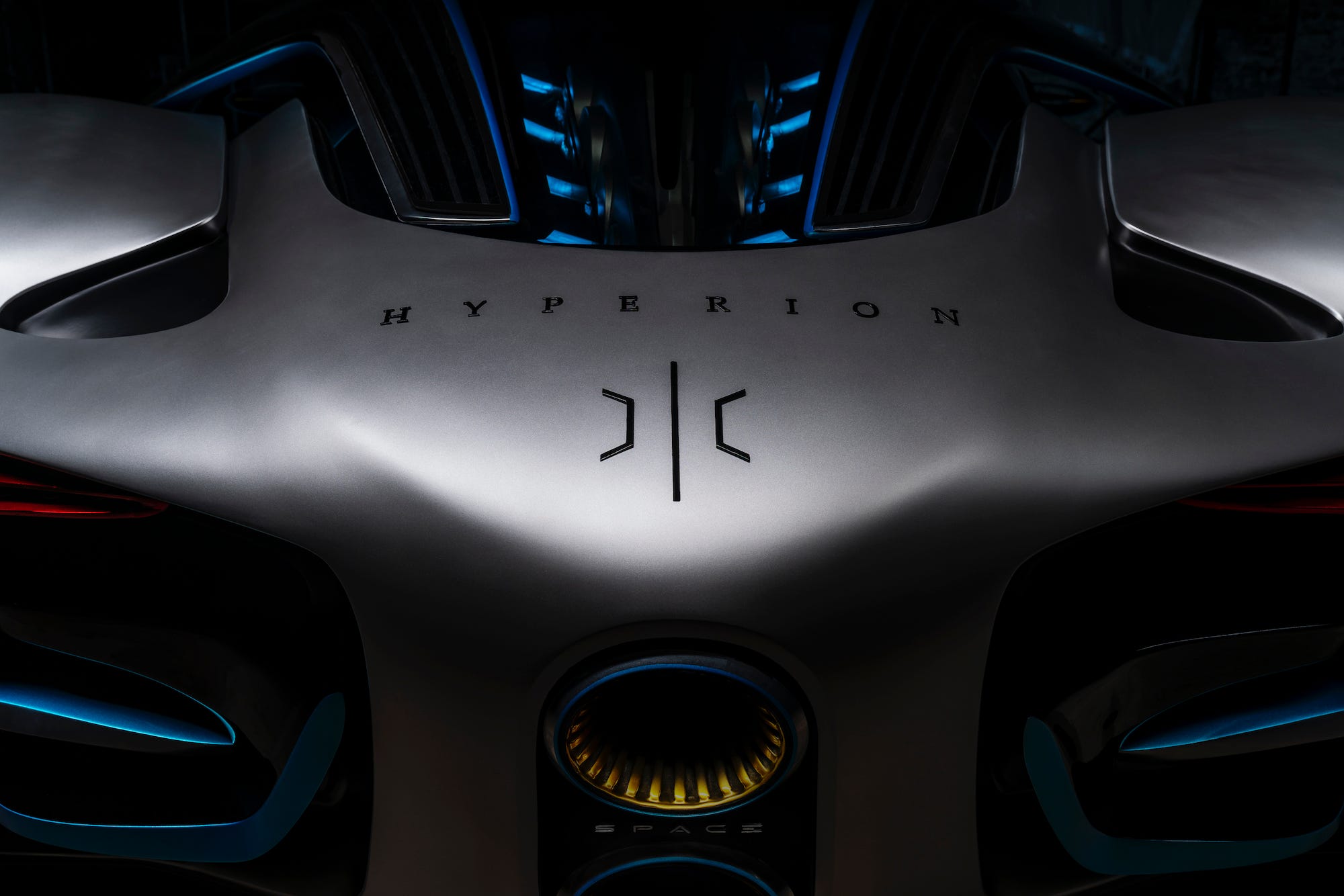 The hydrogen goes into a carbon-fibre storage system before it hits the fuel cell, which is combined with an ultra-capacitor, rather than a battery, for energy storage. The powertrain features electric motors, all-wheel-drive, and a three-speed transmission. 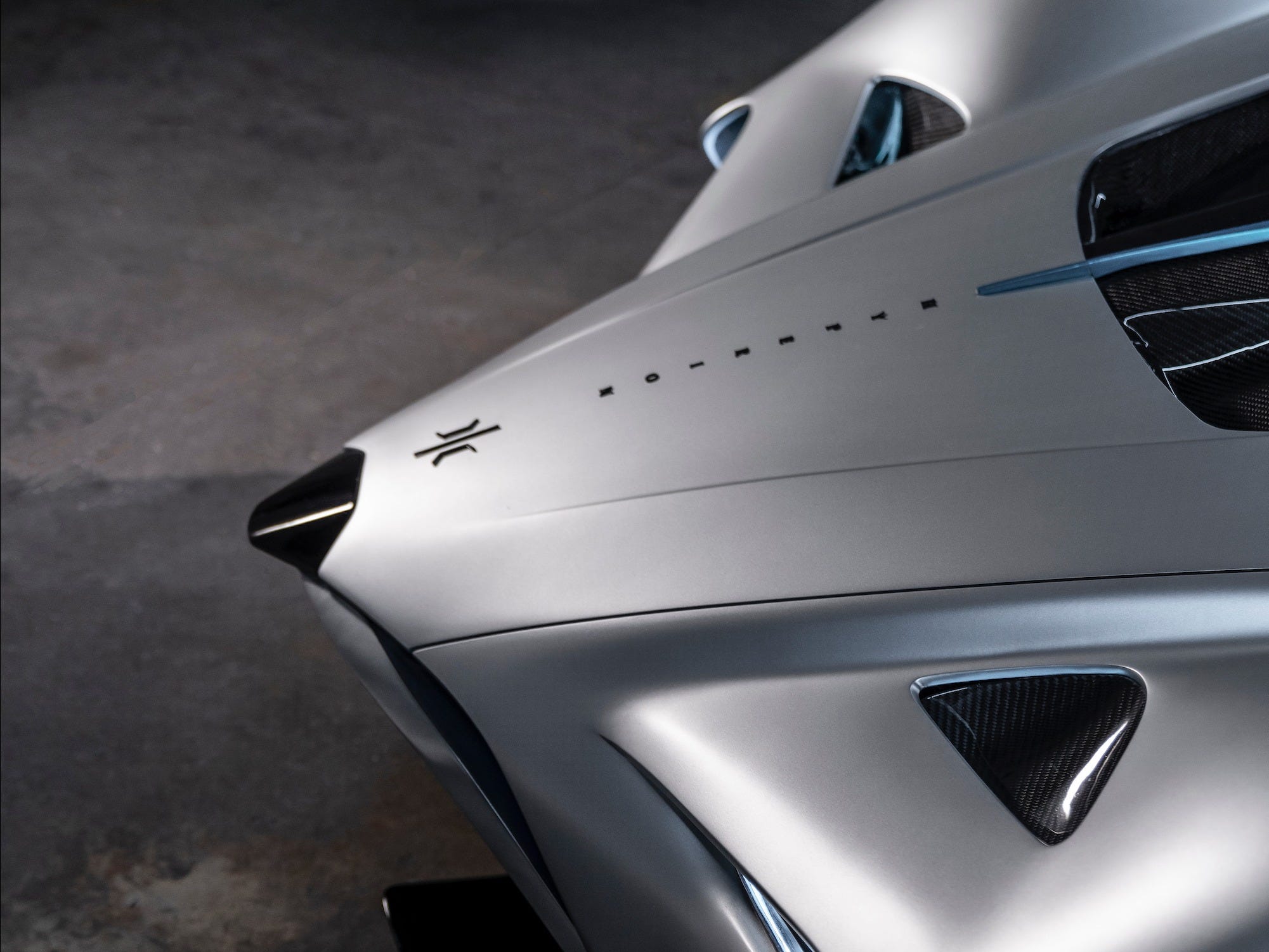 Hyperion said it took 10 years to develop the XP-1. But the vehicle is at heart a statement about the company’s larger ambitions: to be an advocate for hydrogen-based alternative energy. 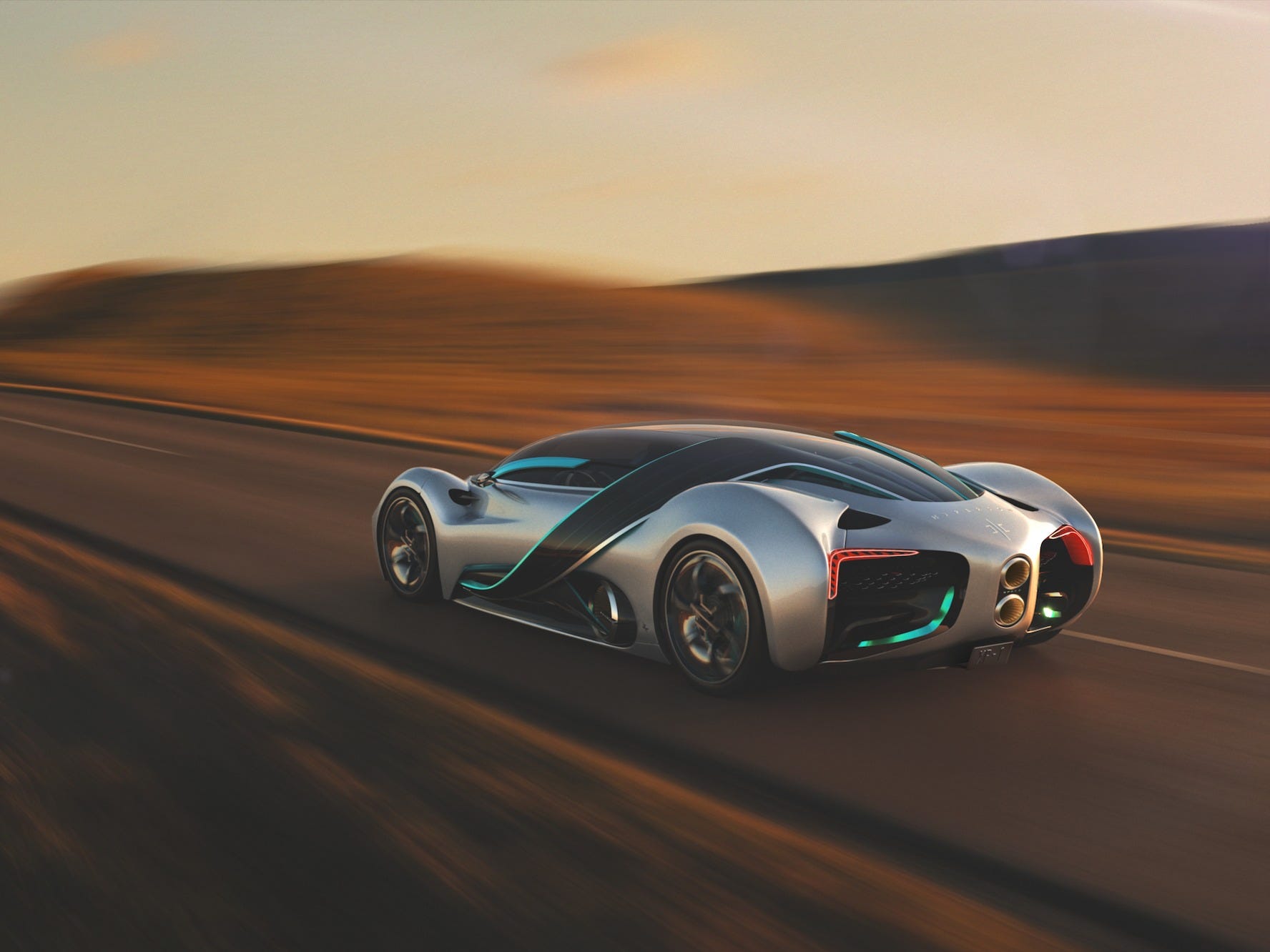