A nurse in Wuhan walks to work while her husband drives behind her, showing the extreme lengths that medical workers are willing to go to stop the coronavirus spread 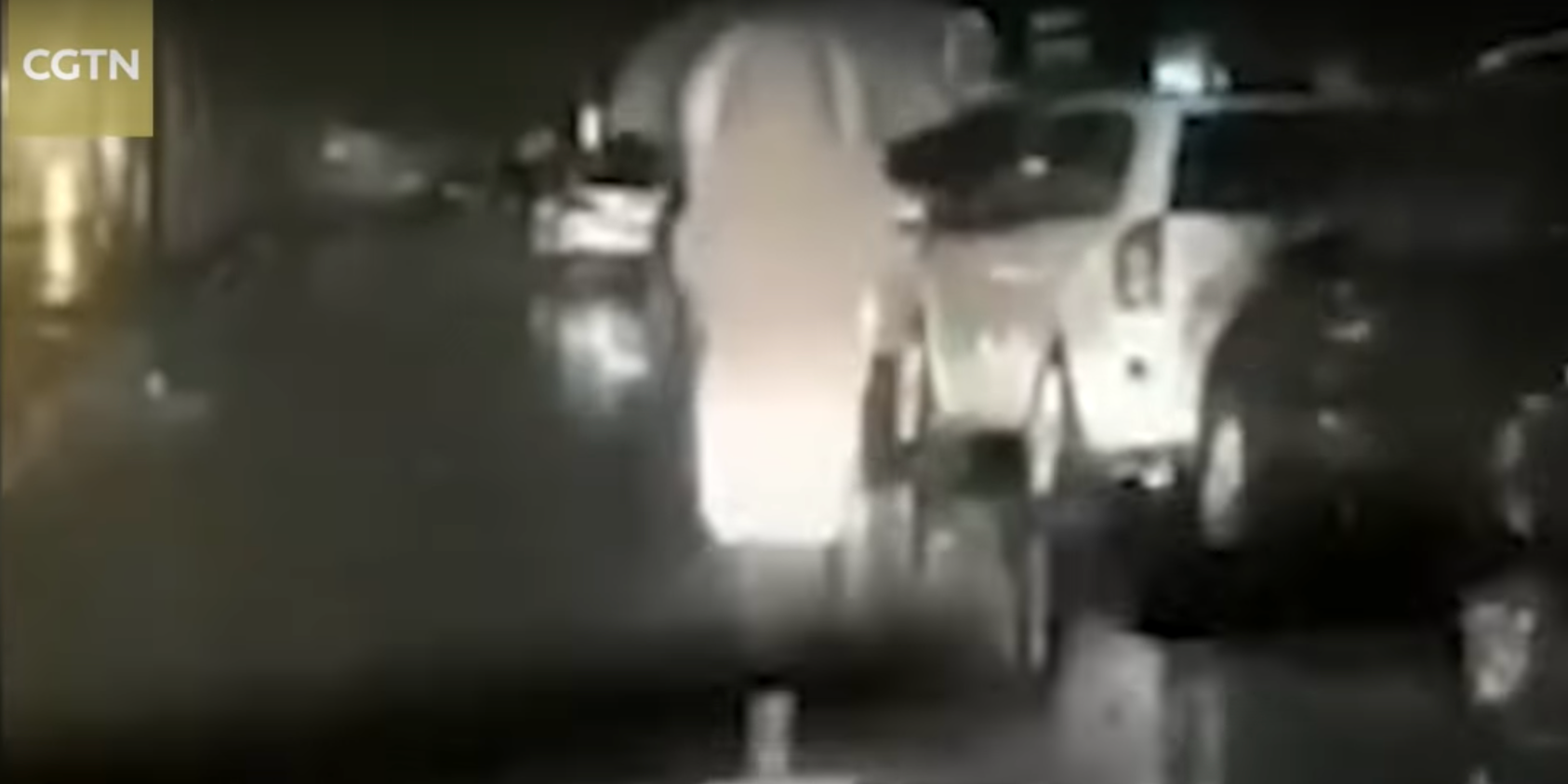 CGTNThe husband of a nurse in Wuhan, China, driving behind her, lighting her path as she walks to work in the early morning.

A nurse working in Wuhan, China, the centre of the coronavirus outbreak, has quarantined herself so she doesn’t expose her family to the virus, China Global Television Network, a state-linked media outlet, reported.

CGTN posted a YouTube video on Tuesday that it said showed the woman, Wang Xiaoting, walking to work at 3 a.m. while her husband, Wang Yinghe, drives behind her to light her path.

Wang Xiaoting is staying at a hotel and refuses to allow her husband to drive her to work, the CGTN video said. Instead, she walks, and her husband drives behind her.

“Even if the disease keeps them apart, he will protect her from as close as possible,” the video’s caption said.

The couple talk to each other over video chat, and Wang Yinghe makes sure his wife has a cooked meal waiting for her at her hotel room when she gets back, Shanghaiist reported.

The situation shows the extreme lengths that people in the medical community – who are on the front lines of this outbreak – are taking to stop the spread.

At least 500 medical workers in Wuhan have been diagnosed with the virus, and another 600 are suspected of having it. More than 1,700 healthcare workers in total have been infected, Chinese officials said on Friday.

Six healthcare workers have died from the virus, including Li Wenliang, the doctor who was censored and punished by Chinese authorities for sounding the alarm about the virus.

In another example of sacrifices, nurses have shaved their heads to limit the spread of the virus, as that makes it less likely for the virus to spread by catching onto exposed hair and makes it easier for them to put on protective gear.

And healthcare workers from other parts of the country have parted ways with their families and volunteered to work in Wuhan’s hospitals.

During the outbreak, hospital workers have faced shortages of supplies, protective gear, and even food. Some have resorted to wearing adult diapers to avoid having to take off protective suits.

More than 1,300 people have died from the coronavirus and more than 64,000 other people have been infected.