Water is deadlier than wind when it comes to hurricanes.

In fact, water causes 90% of the loss of life related to powerful storms, according to the National Oceanic and Atmospheric Administration.

But the way we classify hurricanes doesn’t always take that into account, leading to a public misconception of how dangerous certain hurricanes actually are.

The classification system most people are used to just takes wind speed into account. There’s no single scale to indicate both how strong and how wet the systems are.

The Saffir-Simpson Scale, ranging from 1 to 5, measures the speed of sustained winds of a hurricane. It was developed in the 1970s to calculate how much wind can impact property.

A storm becomes a Category 1 hurricane when winds reach 74 mph. This kind of speed can damage roofs, sidings, and knock large branches out of trees.

“Major hurricanes” start at Category 3 once winds increase to 111 mph. They can cause devastating destruction to well-constructed buildings, and there’s a high change of injury or death. Category 5 hurricanes have winds over 157 mph, and are the top of the scale. These systems can devastate large areas, leaving them uninhabitable for months.

For a while, the Saffir-Simpson Scale also categorised storm surge, but it became difficult to communicate the specific dangers of each storm to the public, since the threats from water and wind can be so different.

Storm surge happens when winds push water from the sea onto the land flooding large areas. It’s fast, powerful, and can send 10 to 20 feet of water several miles inland from the coast.

These advisories are key to helping people prepare even if they’re not directly in the path of a storm. But they still leave out potential flooding that could be caused by rainfall â€” which is a whole other advisory from NOAA. 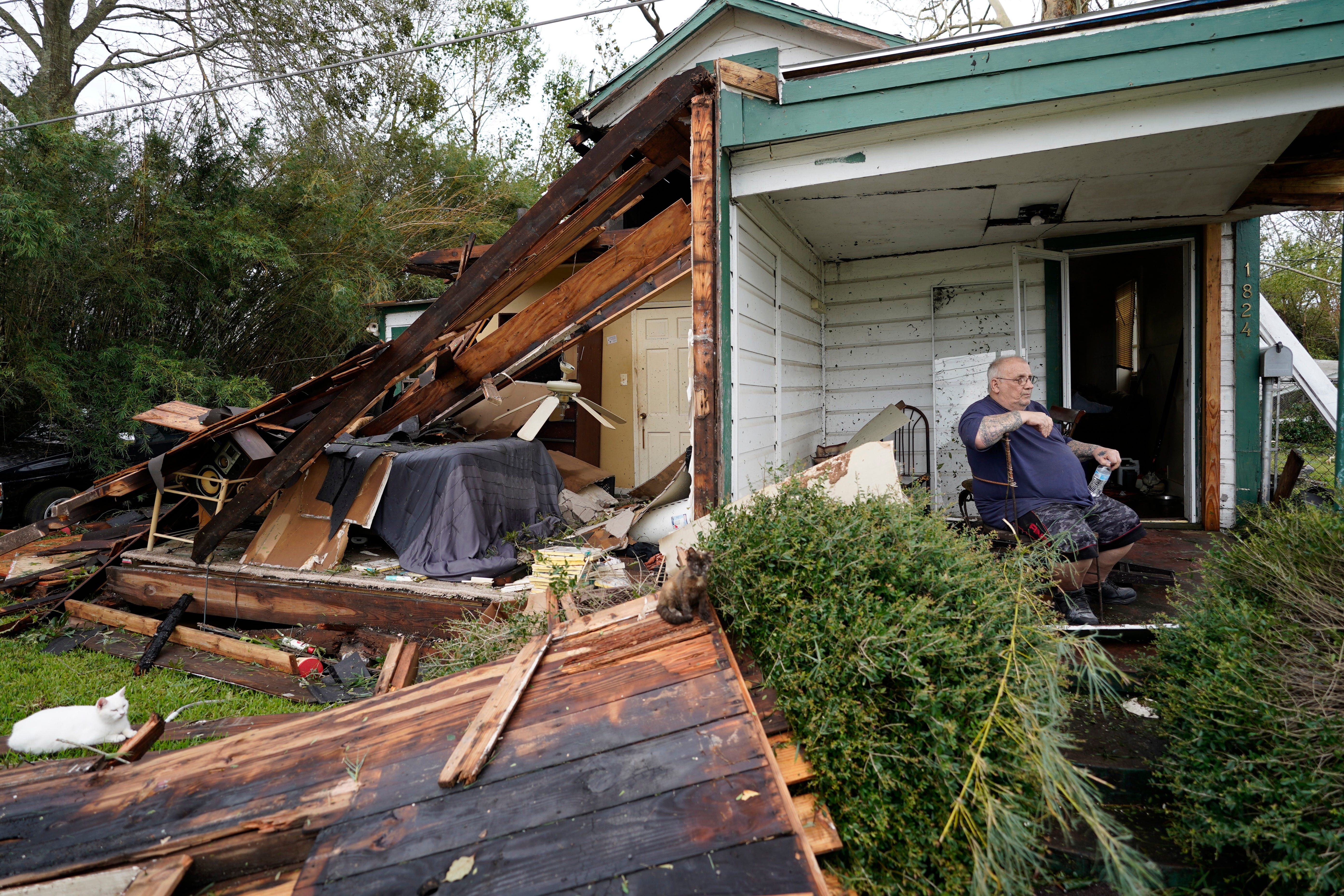 Gerald Herbert/AP PhotoChris Johnson views destruction at his home on Thursday, Aug. 27, 2020, in Lake Charles, La., after Hurricane Laura moved through the state.

But there are a few alternatives out there. The Hurricane Severity Index is owned by StormGeo, a private weather intelligence company.

It uses a 50-point scale that measures the size of a hurricane and the intensity of its winds. Each component gets 25 points and then that final score can be used to more accurately determine the damage that could come in a storm’s wake.

“Size is very important because it matters for the aerial extent of the impact â€” how much time a hurricane is going to hit you. Things like storm surge, wave heights, rain amounts are greater, Hurricane Severity Index co-creator Bob Weinzapfel said.

The HSI can also help people compare storms they might’ve already experienced to get an idea of what to expect. According to the StormGeo, the index would have placed Katrina’s damage potential in line with a Category 5 instead of a Category 3 like it was labelled when it made landfall in Louisiana. Hurricane Katrina’s intensity would rank only 13 out of 25, but its size would have been considered a 23 out of 25.

“With hurricane Katrina in 2005, we didn’t have in the collective like public mindset, you know, the difference between a really large, powerful storm and a compact powerful storm,” Weinzapfel told Business Insider. “The pictures and the memories of Katrina aren’t really about the winds, the wind damage. It’s mostly about the storm surge.”

Atlantic hurricane season goes from June 1 to November 30, and 2020 has been a particularly active one. NOAA predicted 19 to 25 named storms for this season and as of October 5, we’ve already had 25. That’s already beaten last year’s 18 named storms, which was also above average.

Satellite images clearly showed the shapes of Tropical Depression Rene with Tropical Storms Teddy and Vicky out in the eastern Atlantic Ocean, Hurricane Paulette in the north off the East Coast of the US, and Hurricane Sally bearing down on Florida and the Gulf of Mexico.

As of Tuesday morning, Hurricane Delta has strengthened to a Category 4 storm as it moves toward the Gulf between the Yucatan Peninsula and western Cuba.